If the Morgan City Gage is 8 MCG (at slack tide) or above the river is in advanced flood stage, and paddlers are advised to stay off the water.  Above 8 MCG paddlers will encounter fast and turbulent water conditions, especially around docks, pilings, and when attempting any bankside approaches or landings. Very limited access.  Most landings and approach roads will be underwater.  Most islands will be gone.  No dry camping will be found.  All sandbars and ocean spits will be underwater.  All islands will be covered by flooded forests full of snags, strainers, sawyers and all other dangerous conditions associated with floodwater moving through trees.  Docks, wharves, dikes and any other man-made objects will create strong whirlpools, violent boils, and fast eddies.  Towboats and workboats will create larger waves than usual.  Big Ships will have to push harder to get upstream which results in even bigger waves.  The Rivergator will not describe the river and its islands at any levels above flood stage 8 MCG.

In the week before reaching Morgan City for your final push to the Gulf paddlers would be well advised to monitor the weather and tides.  Obviously you want to avoid paddling to the Gulf in oncoming severe weather, or hurricanes.  Ideally you will want to make your final paddle in good weather and reasonable winds.  You will also want to time your Gulf arrival as closely as possible for the benefit of the tides.  Try and ride a low tide out, which will add to the descending speed of the river.  And try to catch the high tide coming in, which will aid your paddle back upstream.

Check the Winds and Weather:

Paddlers headed to the Gulf should consult tide charts and weather forecasts before venturing past Morgan City.  Do not venture beyond the city if 1) the winds are blowing above 15mph out of the south, 2) if there are oncoming severe storms, or of course 3) oncoming hurricanes.  Warning: Winds out of the south (including SE or SW) will result in higher tides.  You could venture out in strong north winds if they are foescast to calm down, or switch directions.  Ideally you would depart from Morgan City in a north wind, and return back paddling upstream with a south wind.  But this ideal scenario is a rare occurrence for paddlers!

Below Morgan City you will start feeling the tidal influence.  Every night when you pull up to a camp be sure to add on a foot for waves and rising tides and pull your vessel up an extra foot above river level.  You will experience 1/2 foot to possibly a full foot change at Morgan City, and possibly more in the open channels and bays leading out to the Gulf of Mexico below the Intracoastal Waterway.

You have probably already experienced some water level changes due to tides without realizing it.  At low water Butte La Rose experiences infinitesimal changes due to the pull of the moon.  The effect becomes very slowly more pronounced the further downstream you paddle.  But now at Myette Point, Morgan City and below you will notice a half foot change from high to low tide, which could affect your campsite choices.  Tidal change combined with increased freighter speed can mean big changes in river levels at your camps, and even bigger waves (when the tide is coming in, and a big boat steams by).  To be absolutely safe about your campsite, choose places that are at least two vertical feet above water level at high tide if you are camped on the main channel.  If you are off main channel (say within one of the passes) you will only need to stay one foot above high tide to be safe.

We will keep our eyes on the river gages in Morgan City as the Rivergator continues downstream to the Gulf, but also on tidal readings.  As we approach Morgan City, the effect of river changes diminishes and the tidal effect increases.  Below Morgan City we will rely entirely on tide charts, and leave river gages behind!  Remember, there are 2 high tides every day, and two low tides, as related to the pull of the moon and (to a lesser extent) that of the sun.  Tidal predications are complicated by the orbiting of the sun and moon, but also by wind over the ocean, but local winds, air pressure, can have an effect, as well as the shape of the shoreline.  Inlets, for instance tend to increase tidal effect.  Incoming storms might pile the water higher and result in higher high tides and higher low tides.  Strong Winds blowing offshore might do the opposite, creating extra low tides.  It’s best to read online charts and watch for storm warnings as you paddle towards Gulf, to get the most accurate prediction.

How can you estimate your camp height above water level?  Here are several methods: 1) Stand at the edge of the water looking back at your camp and slowly raise and lower your head by bending your knees until you feel that your eyes are level with camp.  Estimate this height.  That should be as good as you’ll need, but not everyone is comfortable with this method.  If you need something more concrete, try this: 2)  Add a string line, string level, and small tape measure to your expedition kit.  Before setting up your potential campsite, attach one end of the string line to a stick, or stake, or something within your camp choice, and pull the string taught.  Now run it out to the water’s edge and attach string level.  Keep string tight.  Once you have found level, measure the height of the string above the water.  This will give you a fairly accurate measurement.  (Hint: it helps to do this with two people, one holding string, the other measuring height).  This method was suggested by paddler Ben Quaintance in 2015.

Access to Bayou Shaffer.  Warning: Inflow.  Paddlers, be alert, there is flow going into the Gulf Intracoastal Waterway off the Atchafalaya.  Hardly noticeable at low water, but sucking inwards with strength at high water.  When you paddle back from the Gulf this might be an additional consideration when planning your route.

The Gulf Intercostal Waterway cuts through the cypress swamps and coastal marshes east along the Louisiana Coastline, through New Orleans and eastward into Mississippi, Alabama and Florida.   There are a number of options from here on down to the Gulf for exiting east and west along other portions of the Intercostal Waterway, and interconnecting canals.  Paddlers have been known to paddle down one of these options for destinations off the big river.  But be ready for a long flatwater slog down straightline canals with nothing but barges, workboats and other commercial traffic for company, and small boats busy as bees.  Your bankside companions will be a long parade of herons, egrets, pelicans, gators and turtles.

The Gulf Intracoastal Waterway is the portion of the Intercostal Waterway located along the Gulf Coast of the United States. It is a navigable waterway running approximately 1050 miles (1700 kilometers) from Carrabelle, Florida to Brownsville, Texas.

The waterway provides a channel with a controlling depth of 12 feet (3.7 meters), designed primarily for barge transportation. Although the U.S. government proposals for such a waterway were made in the early 19th century, the Gulf Intracoastal Waterway was not completed until 1949.  (Wikipedia)

Paddlers will find several large stands of cypress trees on islands downstream of Morgan City.  The biggest and best of the these cypress forests will be found on Bateman Island.  Bateman is the first tall island below Morgan City.  It starts less than a mile below the railroad bridge where the east bound Intracoastal Waterway begins, at mile 121.7 LBD, and continues downstream 10 miles, forming the left bank descending of the main channel of the Atchafalaya River.  Bateman Island is defined by the Atchafalaya, the Gulf Intracoastal Waterway, and Bayou Scaffer (and numerous other bayous further downstream).  It is the highest wild ground around Morgan City, with good picnicking or camping up to 8 MCG )at the top end (there might be places here that stay dry up to 9MCG).  A river ridge parallels the river overgrown with an inviting exotic forest of palmettos mixed with cypress, willows and hardwoods.   From its top end Bateman Island gradually descends in elevation as you continue downstream, from dry at 8 MCG to 7MCG a mile downstream, down 6 and then 5 as it round the old Avoca and Beers Islands (now assimilated into Bateman) and curves downstream southward towards the open Gulf.  Below mile 127.4 it falls off into partially submerged marshes and grassy wetlands typical to the Atchafalaya Delta. 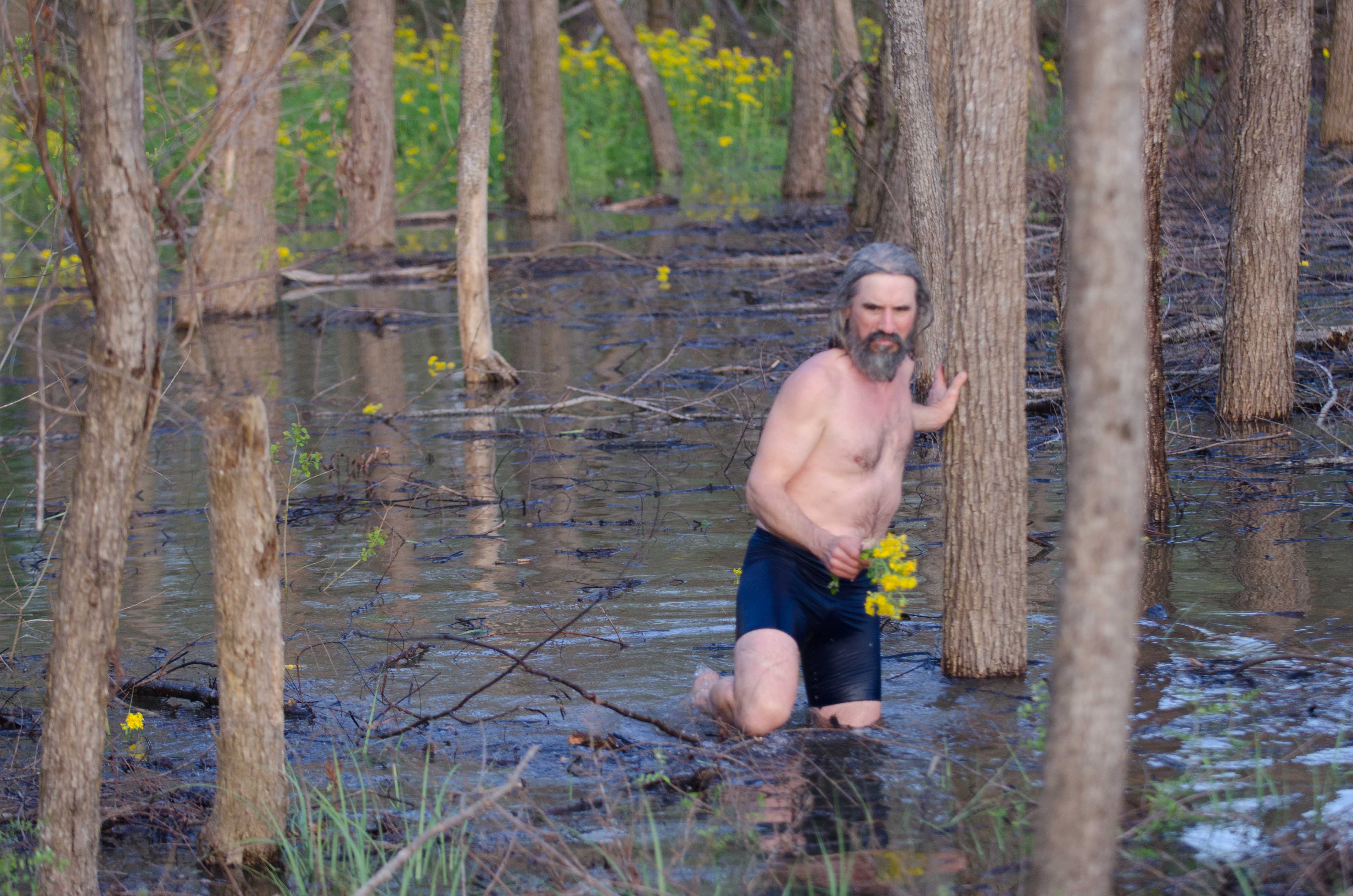 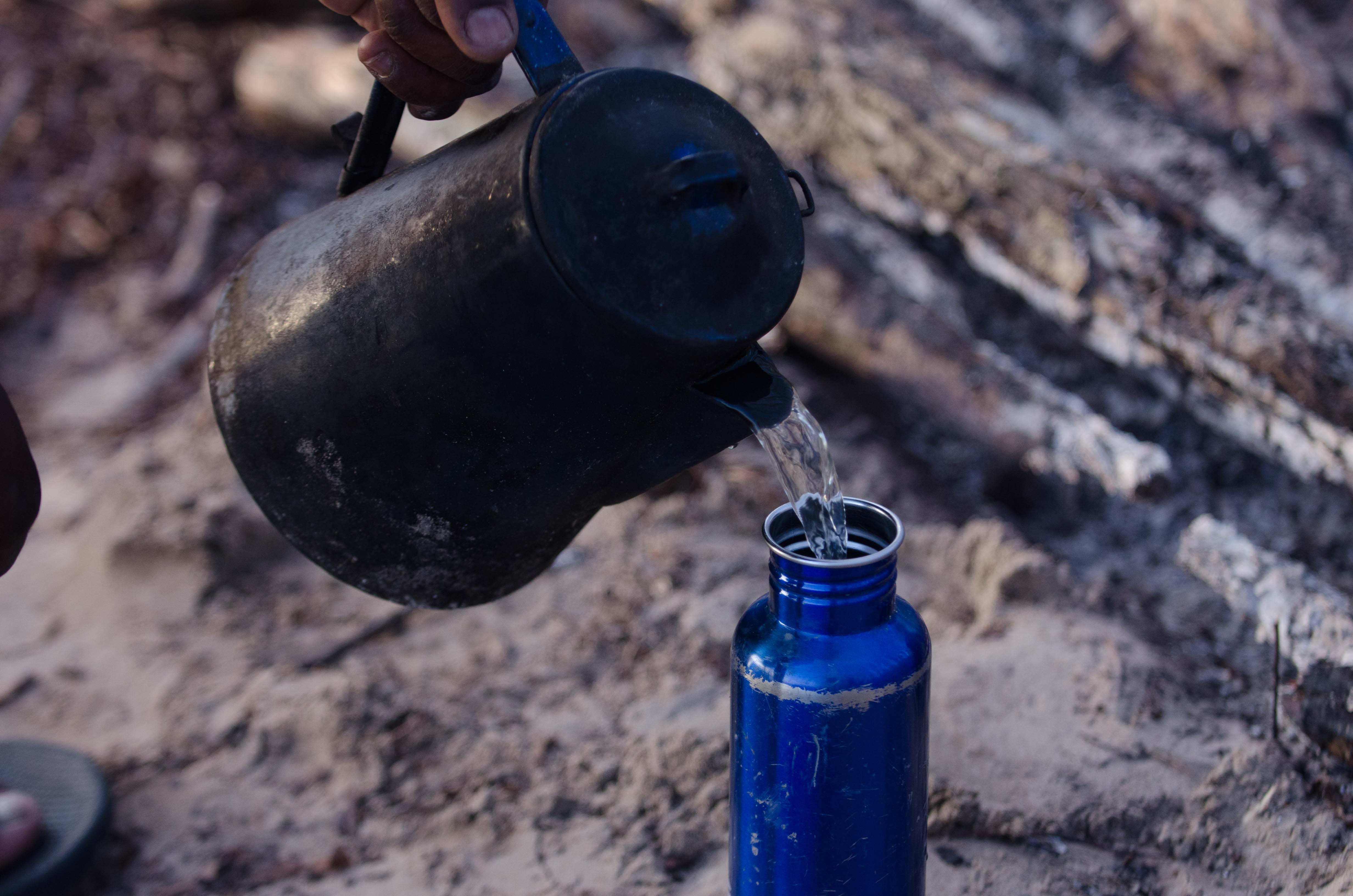 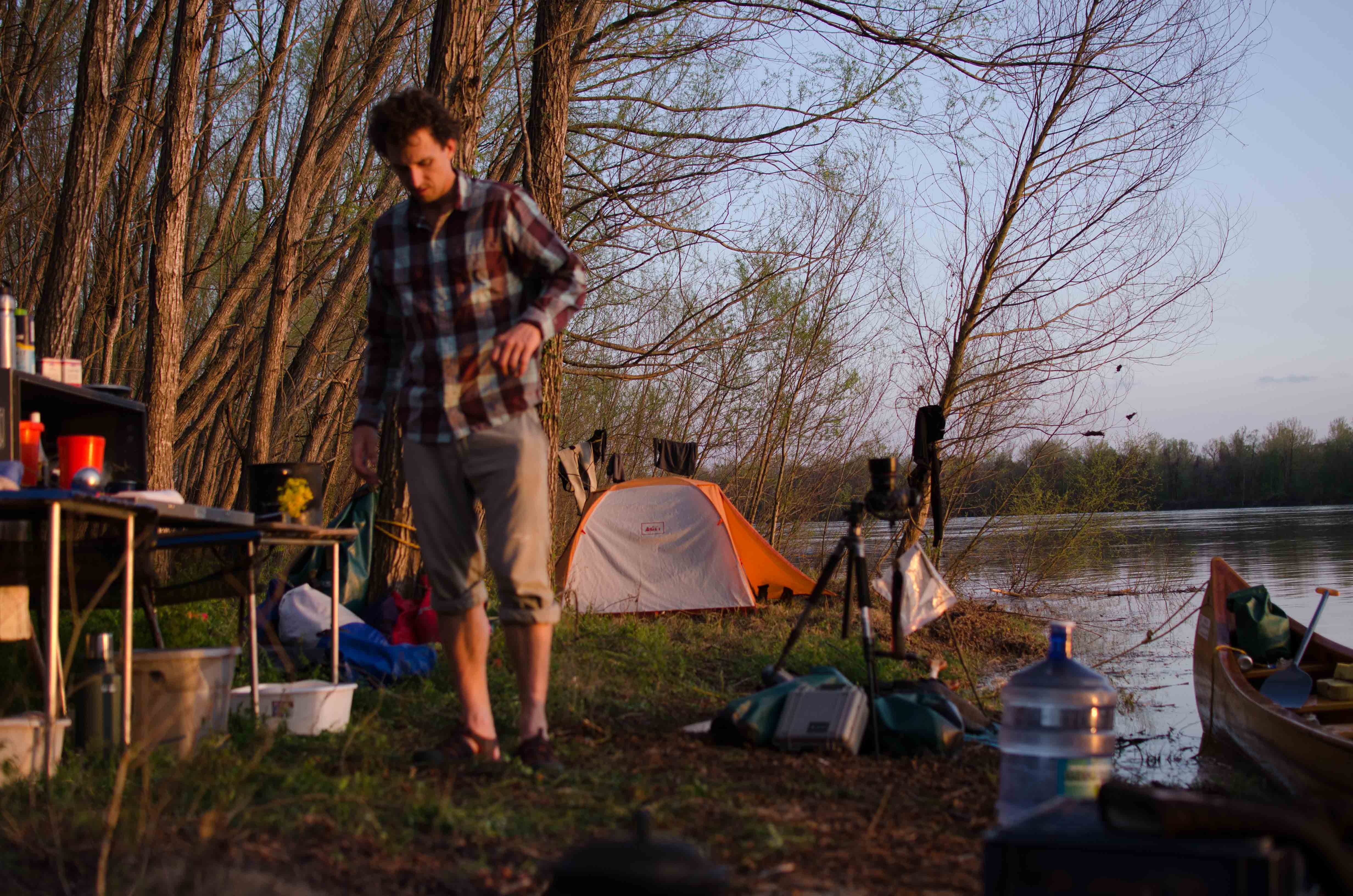 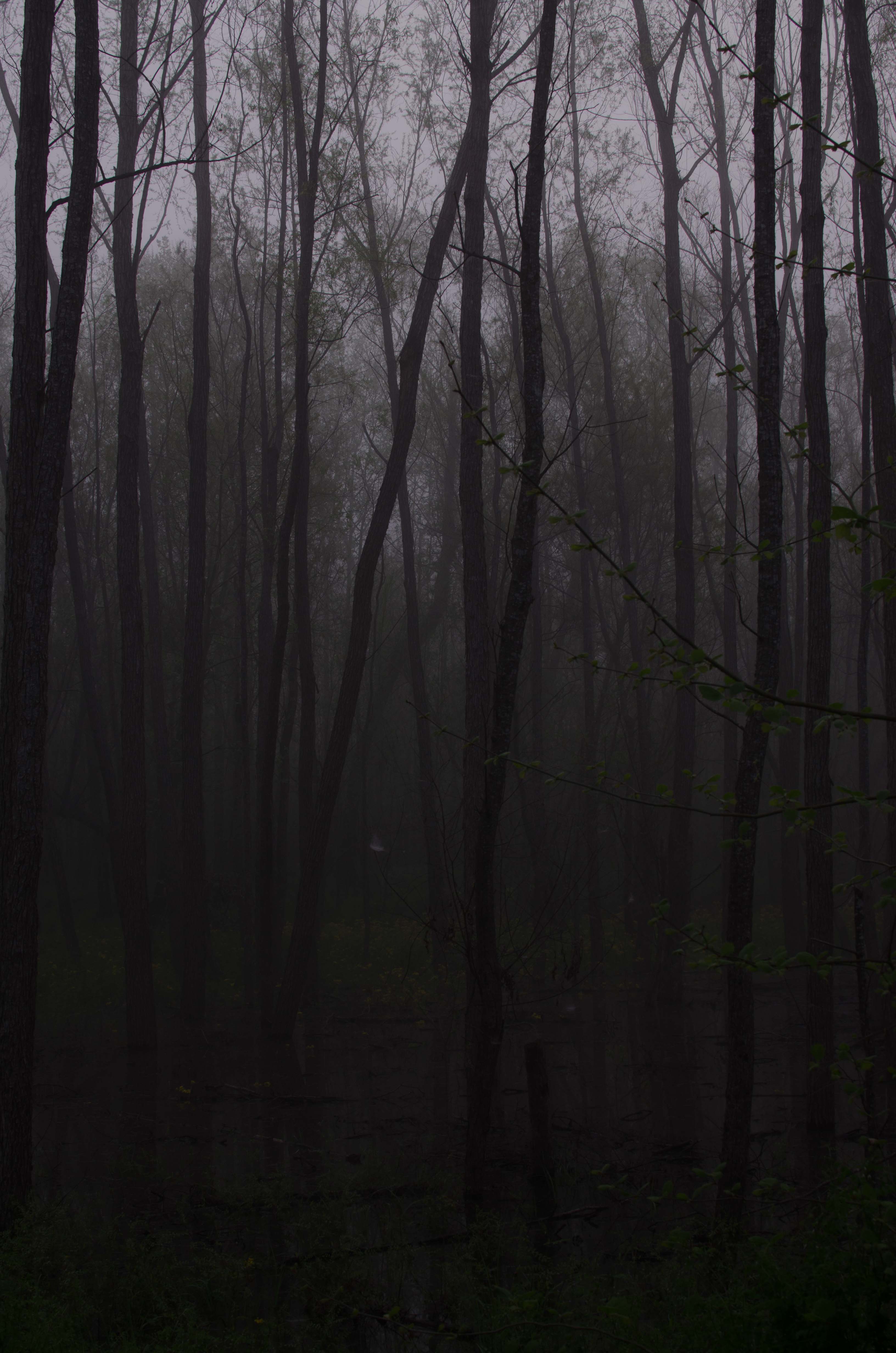 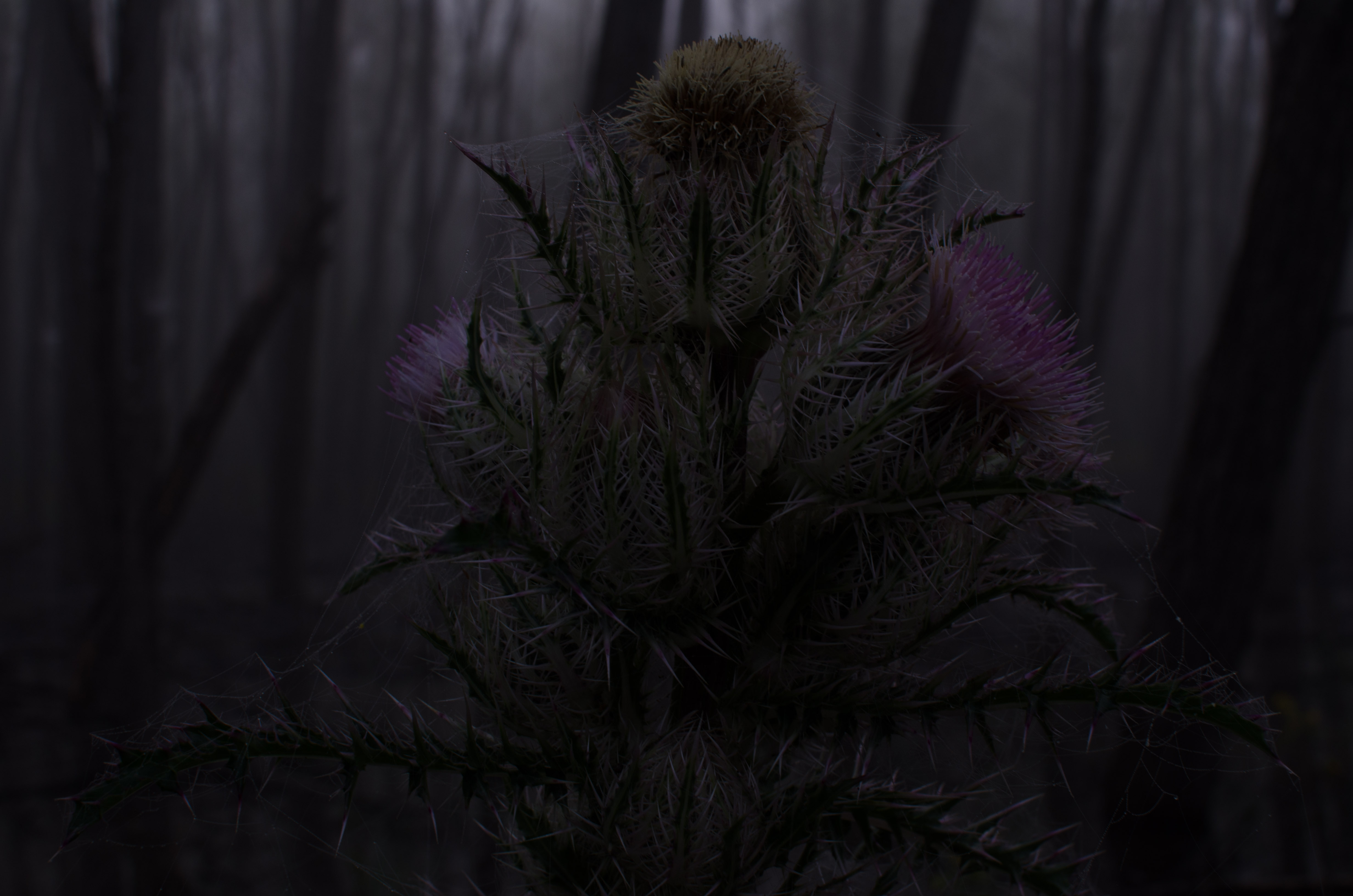