Best picnicking and camping within easy reach of downtown New Orleans. Good at all water levels, but exposed to winds and storms.

Good camping at all water levels can be found around Algiers Point. In fact, this is the best picnicking and camping within easy reach of the French Quarter, the French Market, and all of downtown New Orleans. Even though it is across the river, you can take the ferry. Or paddle your canoe! Camping here is good at all water levels, but exposed to winds and storms. Friendly neighborhoods nearby, and easy walking distance to all needs for paddlers. Sandbar camping in low water. When the river rises above 10NO all sand will be gone, but acres of grassy fields extend from the Algiers levee, and paddlers will always be able to find something dry here, regardless of water level.

Great camping at low or medium water, but goes underwater in higher water levels (above 10 NO gage). With majestic views of St. Louis Cathedral, Jax Brewery, the French Quarter and all of downtown New Orleans, this perennial beach is an ideal spot to recharge your soul after a long day’s paddle. You will find dry sand here up to 10 NO gage. When the river rises above 10 you can make camp on the grassy parkland below the Algiers levee. See above description. Easy walking distance access to downtown Algiers including the Canal Street Ferry, which runs daily from 6am to 9pm. See above for details. The Old Point Bar is directly over the levee opposite Algiers Beach. Old Point Bar is a designated “dog bar,” so feel free to bring your loyal companion! This beach is fairly small but big enough for 10 to 15 small tents. Be sure to pull canoes or kayaks out of the water significantly to avoid big waves from ocean-liners, freighters, and towboats. Very limited selection of firewood, so bring your own, or use your cook stove. Dozens of eating selections over the levee, and thousands more across the river via the ferry! Don’t be alarmed by the sounds of chanting and stampeding early in the morning, as the local Marine base recruits use an asphalt trail on the levee to train recruits. (Mark River)

The charm of the houses over the levee runs deeper than the cute colors. Many of these houses were built in the 1800’s from the lumber of decommissioned rafts, floated from the north country by river rats like you. It was a rite of passage for good Minnesota boys, good Pennsylvania boys, and good Illinois boys (including one Abraham Lincoln), to float downriver on a raft loaded with north-country wares. When they arrived to New Orleans after weeks or months of floating, they sold their wares, sold their raft, and sewed their youthful seeds to celebrate. The old-growth poplar supports the walls of these creole cottages, all throughout New Orleans. And the offspring of the good boys-turned river rats live inside. (Wolf E. Staudinger)

There are a few skinny sandbars strewn along the outside edge of Algiers Bend, conveniently located a half mile below the French Quarter on the East Bank in between the Mandeville Street Wharf (94.4LBD) and the Louisa Street Wharf (93.4LBD). These would make for good picnicking and camping in low/med water conditions, and will stay dry up to around 10NO. If you hit it right in the heat of the summer, you will find refreshing shade close to the water’s edge under the long lines of leaning willows along these sandbars. These are not weeping willows, they are the salix nigra, the black willow you have been seeing all along. But on an angled bank like this they lean far over the sand. The waves crash hard here against the shore, so be sure to pull your vessel well above the waterline, three feet at least, and tie up to trees behind sandbar. Best spots are backed by a thin line of trees for protection from passers-by. A bikepath runs along the river along Algiers Bend, and into Crescent Park.

Possible camping amongst the willows of Crescent Park. The park is brand new, and it operates under a strange public/private arrangement. The willows and the bankside areas of the park are technically off limits, but if a paddler is struggling along the left bank, late in the evening, there could be camping between the various wharves, which form the park like islands. The park is patrolled until sundown, when its gates are closed. Access to the city beyond the park is difficult after the park is closed. Access points from the river to the park are numerous. Access points from the park to the neighborhood beyond are: an elevated walkway at Elysian Fields and Chartres Street; an arch at Piety Street, called “The Rusty Rainbow;” a ramp at Mazant street. The latter two streets are in the “Bywater” section of New Orleans, which is bordered by the River and St. Claude Avenue. If you’re missing fresh fruits and veggies, A.J.‘s Produce is just beyond the park at 3162 Chartres St. There are art galleries and restaurants along St. Claude. On the second Saturdays of every month, usually in the evening, the galleries open their new shows. You can walk from place to place. Galleries: New Orleans Community Print Shop; The Front Gallery; Barrister’s Gallery; Goodchildren Gallery; Byrdie’s Gallery; Staplegoods; Tigermen’s Den. Also, the Marigny Opera House is found in the Bywater near at 725 St. Ferdinand Street near the Piety Street “Rusty Rainbow” arch, with visual and performing arts. (Wolf E. Staudinger)

You have probably already experienced some water level changes due to tides without realizing it. At low water Baton Rouge experiences infinitesimal changes due to the pull of the moon. The effect becomes very slowly more pronounced the further downstream you paddle. But now at New Orleans and below you will notice a half foot change from high to low tide, which could affect your campsite choices. Tidal change combined with increased freighter speed can mean big changes in river levels at your camps, and even bigger waves (when the tide is coming in, and a big freighter steams by). To be absolutely safe about your campsite, choose places that are at least three vertical feet above water level at high tide if you are camped on the main channel. If you are off main channel (say within one of the passes) you will only need to stay one foot above high tide to be safe.

We will keep our eyes on the river gages in New Orleans as the Rivergator continues downstream to the Gulf, but also on tidal readings. As we approach Venice, the effect of river changes diminshes and the tidal effect increases. Below Venice we will rely entirely on tide charts, and leave river gages behind! Remember, there are 2 high tides every day, and two low tides, as related to the pull of the moon and (to a lesser extent) that of the sun. Tidal predications are complicated by the orbiting of the sun and moon, but also by wind over the ocean, but local winds, air pressure, can have an effect, as well as the shape of the shoreline. Inlets, for instance tend to increase tidal effect. Incoming storms might pile the water higher and result in higher high tides and higher low tides. Strong Winds blowing offshore might do the opposite, creating extra low tides. It’s best to read online charts and watch for storm warnings as you paddle towards Gulf, to get the most accurate prediction.

To get an idea of tidal changes in the Mississippi River below New Orleans, use this tidal chart: (any suggestions here?)

How can you estimate your camp height above water level? Here are several methods: 1) Stand at the edge of the water looking back at your camp and slowly raise and lower your head by bending your knees until you feel that your eyes are level with camp. Estimate this height. That should be as good as you’ll need, but not everyone is comfortable with this method. If you need something more concrete, try this: 2) Add a string line, string level, and small tape measure to your expedition kit. Before setting up your potential campsite, attach one end of the string line to a stick, or stake, or something within your camp choice, and pull the string taught. Now run it out to the water’s edge and attach string level. Keep string tight. Once you have found level, measure the height of the string above the water. This will give you a fairly accurate measurement. (Hint: it helps to do this with two people, one holding string, the other measuring height). This method was suggested by paddler Ben Quaintance in 2015. 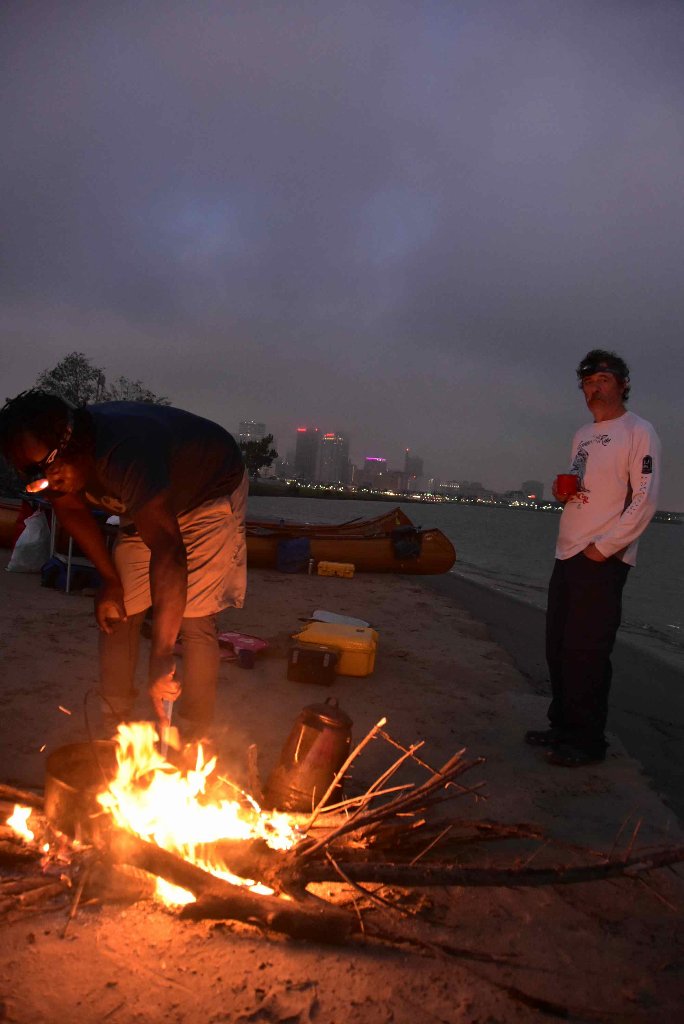 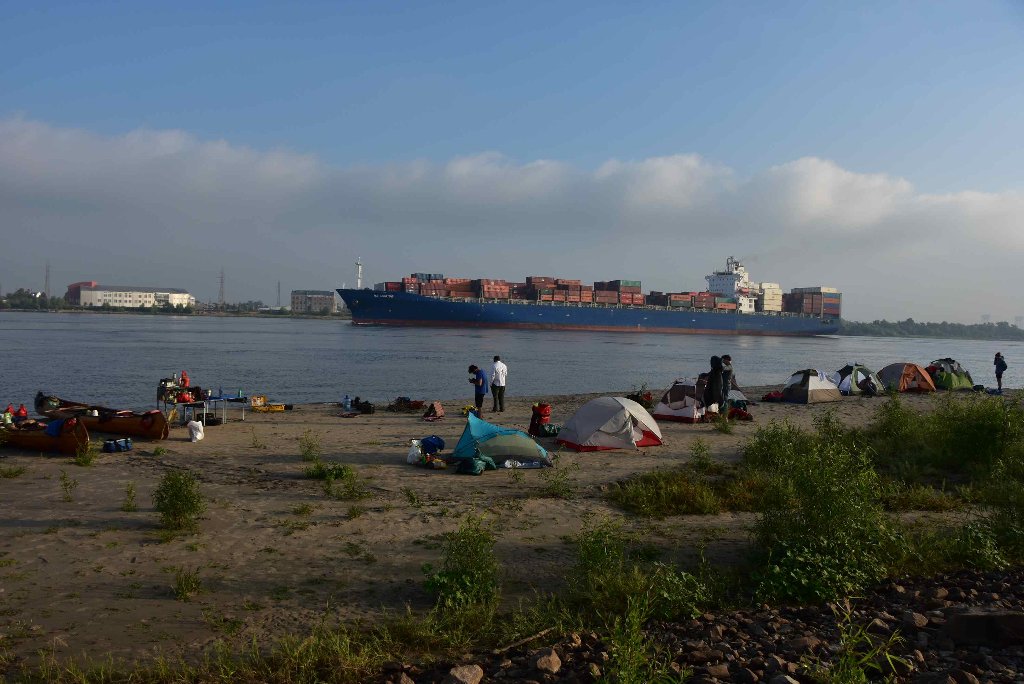 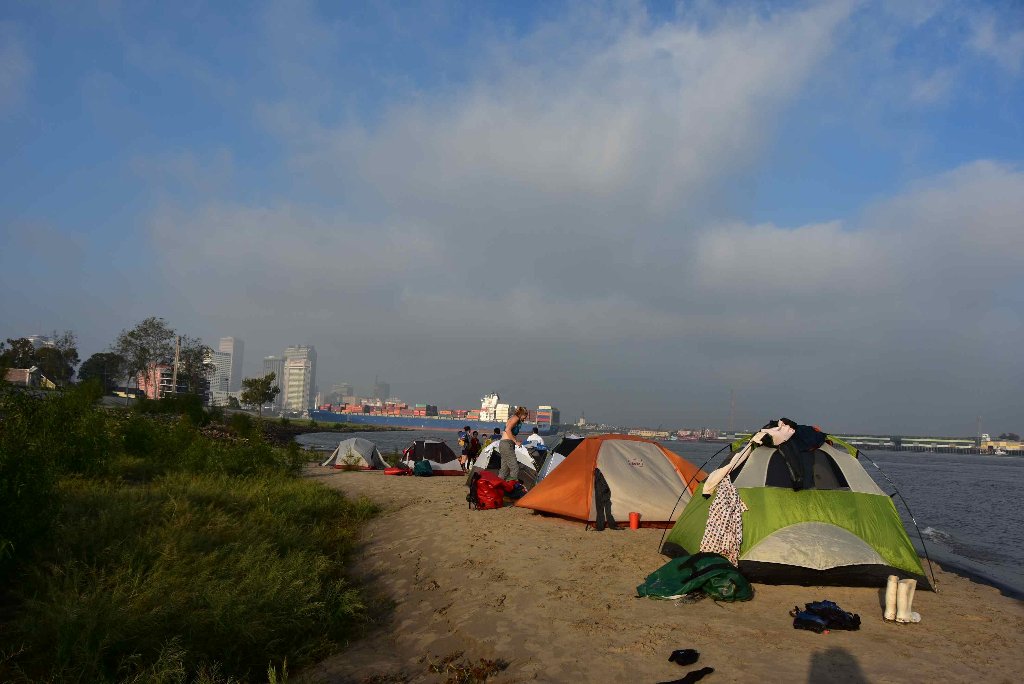 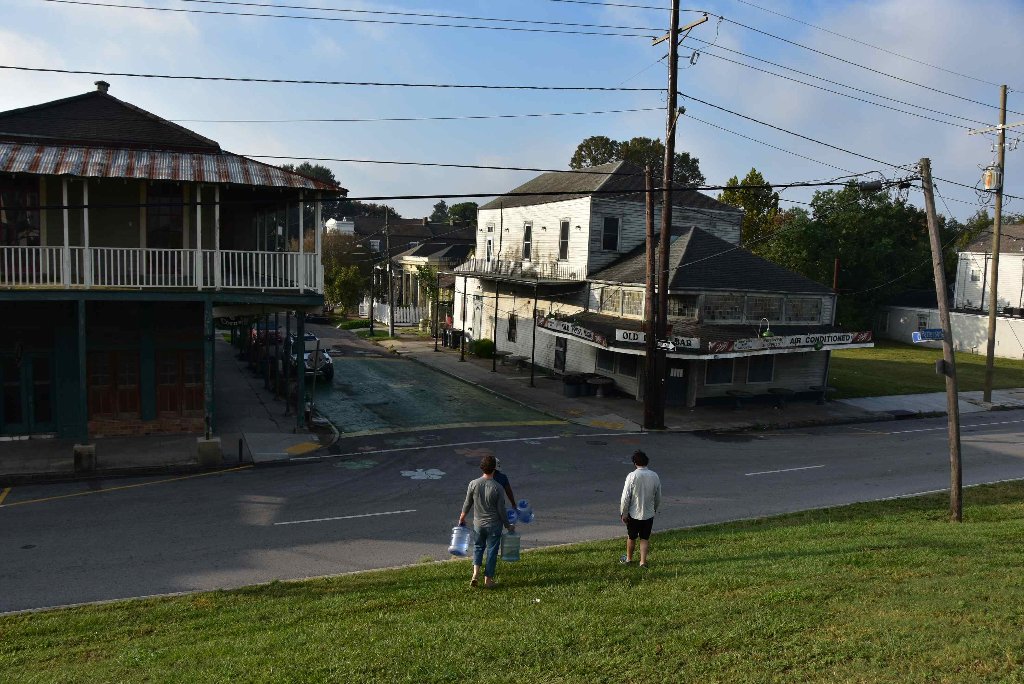 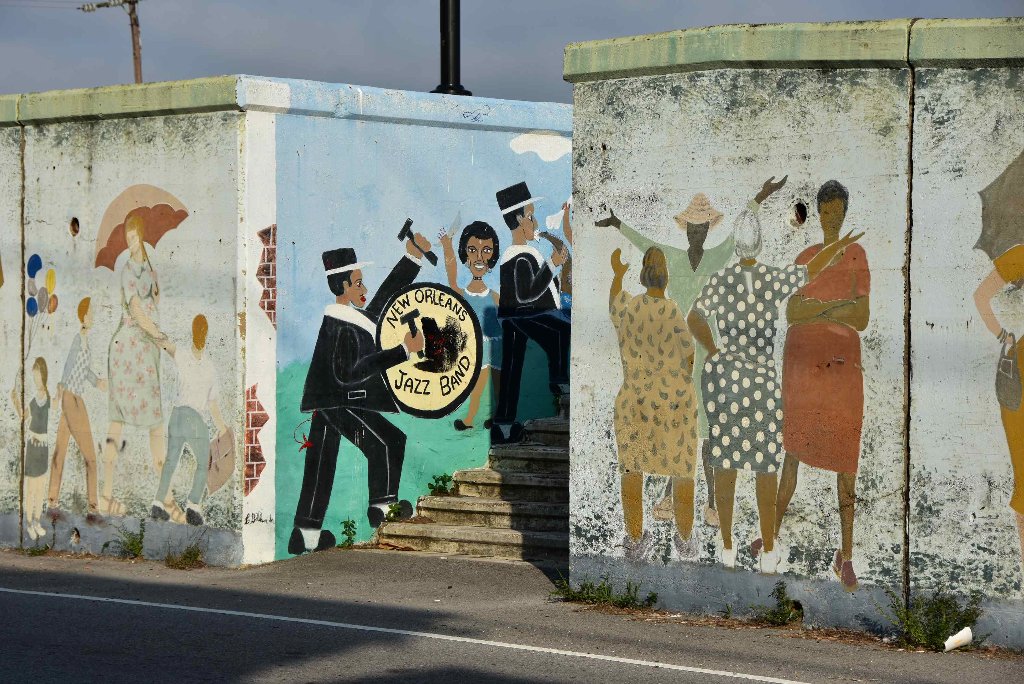 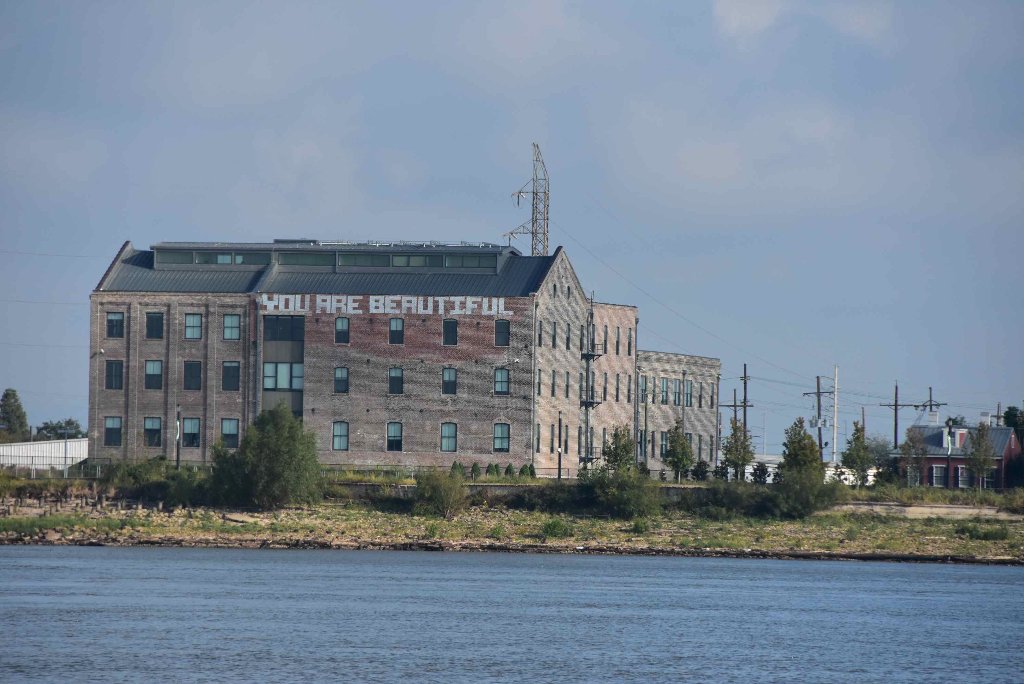 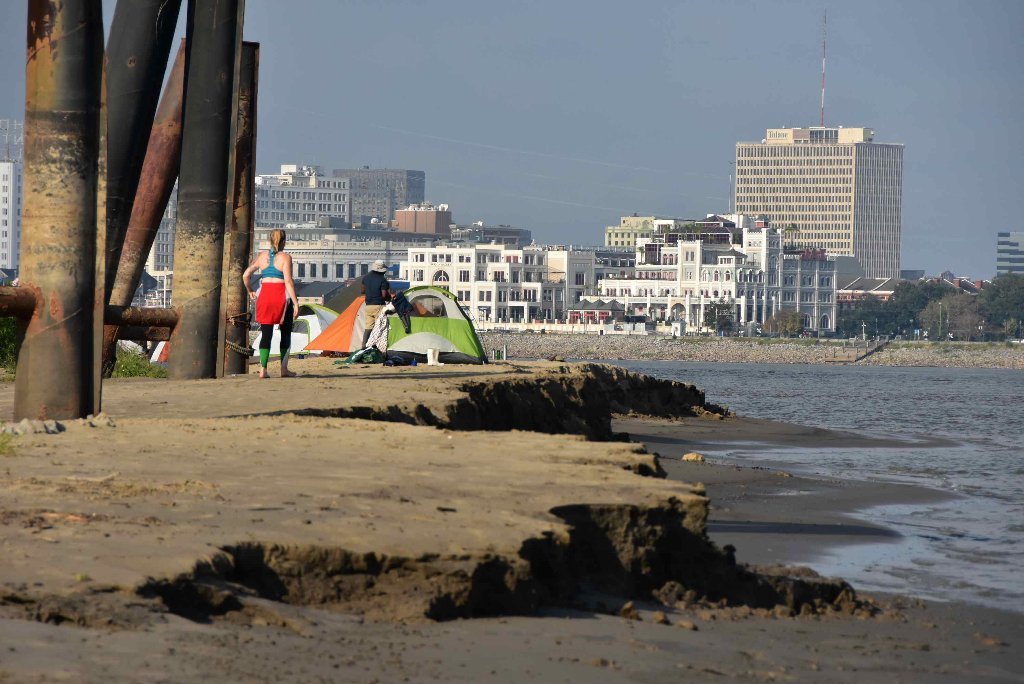