Beautiful remote towhead island with long stretches of willow broken by stands of cottonwood and other hardwoods, all surrounded by a sea of big-grained yellow sand. Good camping or possible break stop, great animal tracking, birding, and fossil finding.  Island 62 is bisected by a swamp which empties into a chute on the Arkansas side.

The best camping in the area can be found on Island 62 which boasts an expansive sandy high ground surrounded by wide sandbars on all sides except the south, from several thousands of acres of sand at low water, to maybe one thousand at medium water and hundreds of acres of beautiful snowy sand right up to 40HG.  Above 42 water starts filling the low places between dunes on the high ground and by 47HG all is completely submerged.

Best campsites are found on the east bank during low water, and on the and the west bank during medium water (west bank accessible when the back channel starts flowing good around 18HG).  During periods of high water, above 35, good camping can be located in spectacular locations around the entire perimeter of the top end of this island east, north and west.   The bottom end of the island (south side) is much lower than the top end, hence it’s more muddy, and in general overgrown with scrubby stands of privet, mulberries and gnarly stands of willow.  The beaver of course love the latter, and during all periods of the year cleaned beaver sticks leave ample evidence of the presence.  In 1999 I happened upon a beaver lodge in these overgrown willow forests. This lodge became a monument to the brave beavers who constructed it, and I would visit anytime I was in the area.  High water 2008 removed it completely and I haven’t seen any signs of reconstruction since.

There are blue holes on island 62, in particular a lake-sized blue hole near the high ground west bank along the back channel.  Blue holes are formed during a raging flooding river when the current drops over an obstruction such as a pile of driftwood and carves out a hole on the downstream side.  When the river drops it leaves an isolated kettle hole in which the muddy water eventually clears and becomes an isolated swim pool.  They are the very best swimming in the Mississippi Delta and yet most Deltans have never seen one, much less swam in one.

Blue holes created in the middle of sandbars quickly drain & dry as the river drops.  But this creates the setting for the ideal blue hole.  Best scenario with blue holes occurs when the river returns to higher water levels and the water seeps through the sandbar, becoming filtered as it does, and fills the hole with a delightful crystal clear blue water.  I’ve heard some old timers say that it’s actually a blew hole, as in the scouring water blew the hole out of the mud.  Either way, blue holes are seasonal events (that is the seasonal advance and fall of river level).  They fill up with water during rises, but you have to catch them before the muddy water overtops their sides and spills in and ruins the clear water.

The middle high ground of Island 62 is composed of lines of willows, elders, maples and  cottonwoods growing atop a series of parallel dunes with low hollows in between, some of which become blue holes when the conditions are right.  Above 40 HG these dunes become the only remaining dry ground on the island.  You will have to paddle hard and search carefully over the foamy river surface to locate them as you come around Old Town Bend above the wide open channel above Is 62.  At high water it’s well over a mile wide, and sometimes feels like you are entering a broad bay leading to one of the seven seas.  Mulberries and dewberries thrive on Island 62.  If the conditions are right April is mulberry month and May is dewberry.  You can pick ripe mulberries by the mouthful right out your canoe or kayak, or save them to add to pancakes or other camp delights.  I’ve been warned not to eat mulberries growing out of flooded forests during high water for fear of contamination by pollutants, but I’ve never experienced any detrimental effects, and never heard of anyone else the same.  What I have noticed highwater or not is that each mulberry tree produces fruit of distinct flavor.  Like wines from different regions of Napa Valley, the mulberry seems to be highly variable.

The Great Flood of 2011 completely raked the top end of Island 62 of its deep sands and exposed a strange landscape of big-sized gravel and other large objects.  Most highwaters deposit sand on the beach.  Sandbars depend on flooding events for the regeneration.  But the superflood of 2011 was so violent instead of building up the sandbar it tore it away.  Most big island sandbars are intact.  But what used to be the low bar at the very top end of Island 62 has been scraped clean of sand and left a skeleton of mud, tree trunks & the biggest odd chunks of mud rock & etc I’ve ever seen.  A moonscape.  Campers, not to worry: at higher water levels the water once again reaches the pristine sand above. 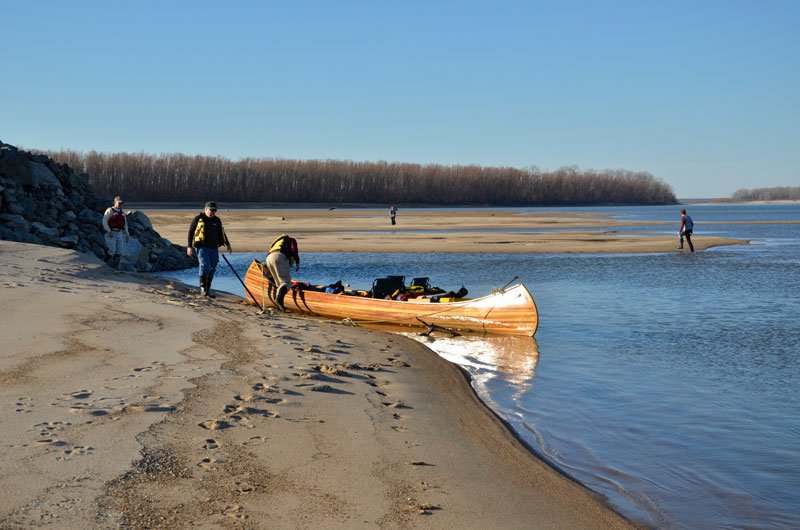 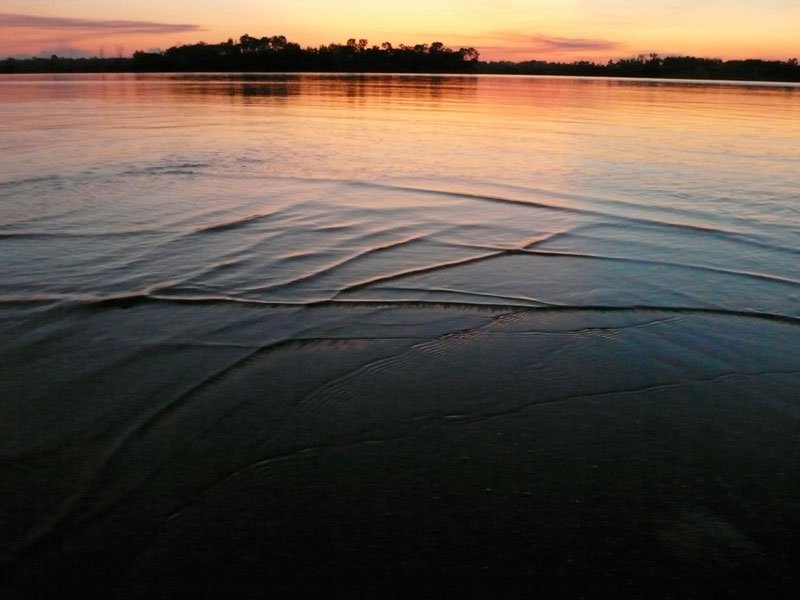 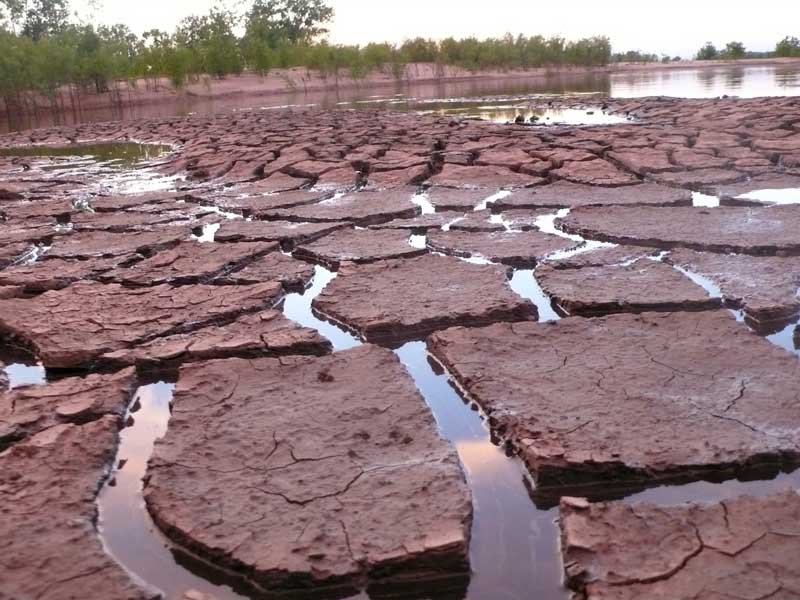