The river smashed us against the tower and tried to drown us.  Later she came to our rescue.  Somehow, by some miraculous current of water amidst the now two-mile wide torrent of winter water we were washed out of Cow Island Bend towards the top of Cat Island and floated into some shallows.  After fifteen miles we were washed up well into the mid-stages of hypothermia.  It seemed like a dream.  We were close to catatonic, moving slowly, thinking slowly, and reacting slowly.  Sean and I and the wreckage we managed to hold together touched ground.  We were able to place our stony cold sodden feet on solid sand on a shoals and drag ourselves to the nearest dry ground, a line of trees clinging to the top end of one of Cat Island.  I’ve gone back several times since then and camped at different water levels and tried to reconstruct the sequence of events, but it’s all very muddy now.  I remember sloshing to shore numbed from head to toe.  I remember the shape of the island, the trees, and seeing the open channel far upstream, and the endless lines of trees on the opposite shore above Star Landing.  The image of a towboat over the top of the island, far away in the main channel of the river is framed in my memory.  It was dusk.  It was windy and cold.  Operating on sheer survival energy we pulled ourselves up a short muddy bank full of tree roots to the forest floor and fell to the earth.  It felt so good to lie down.  We were well beyond the shivering point.  Everything was peaceful and dreamy.  We no longer felt cold. But we had each other if nothing else.   We encouraged each other to action and somehow located a stash of dry weather-proof matches amongst our salvaged gear and coaxed a pile of tinder and kindling into a flame, and then a smoldering fire.  The outside of the wood was wet, but the inside dry.   By dark we had a raging fire going as we added piece after piece of driftwood.  It seemed like our only remaining purpose in life was as fire-makers, and that was probably our salvation.

Another miracle that led to our survival: A passing tow had somehow spotted us floating downstream in our mess of raft wreckage and slowed its engines and then cut them completely and floated along with us as we were washed into Cat Island and then went into reverse as we crawled up the shore and built a fire.  It was the towboat I had noticed earlier now glowing with its running lights which were reflected across the face of the river.   Unbeknownst to us in our fight for life the tow pilot had radioed the Coast Guard, who were now racing downstream in one of their workboats.  How much time passed before they arrived, and what happened after they found us, I’m not certain to this day.  Even though we had a fire going we were getting colder and colder.  I think the heroic tow pilot stayed with us and had thrown his spotlight beam on us for the Coast Guard to follow.  Also, I am sure our fire would glow like a lighthouse over the cold dark river.  My only memory after that point is falling into the open Coast Guard vessel and looking into Sean’s contorted face as we sped back upstream to Memphis, and his voice, “it’s going to be okay, Johnnie,” he kept repeating that over and over.  Water has equal ability to sustain life and snuff it out.  While we were being rescued as survivors a thousand miles away on the Atlantic Ocean the US Coast Guard brought in 24 bodies and 3 survivors from the sinking of the coal collier Marine Electric with 7 missing and presumed dead off the shores of Virginia. 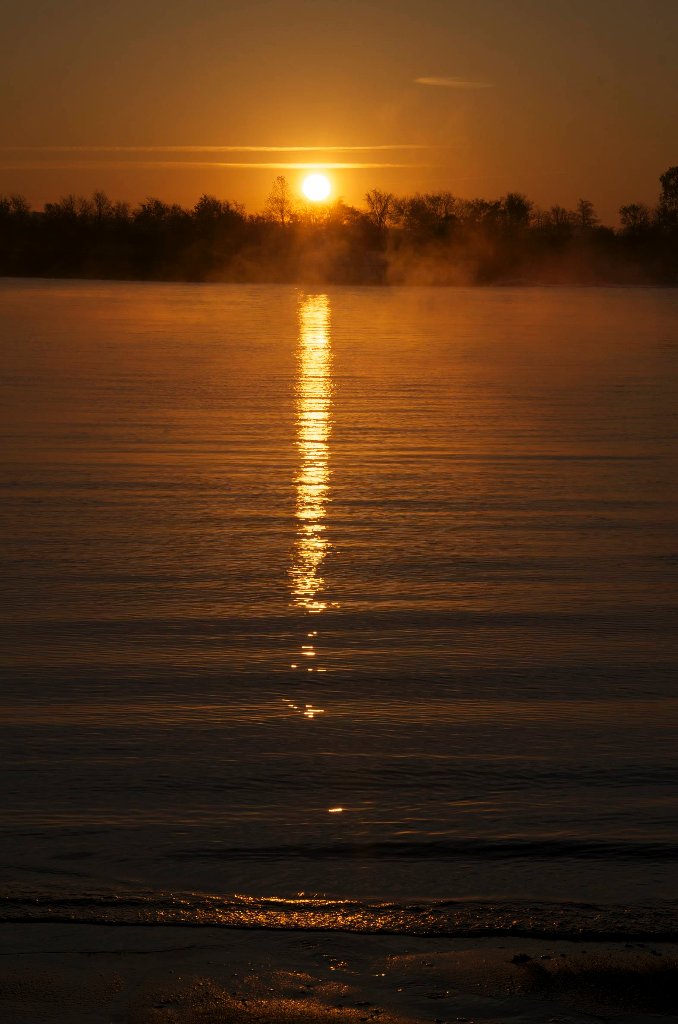