We all have someone in our lives who opened up the door to the wilderness for us.  Think on it a minute and thank them for that gift.  My parents were outdoor lovers and adventurists, especially my father, but my mother also. They wouldn’t like to think so, but they led me, somehow, to that raft and to this river.   I am amazed now when I remember the adventures we had and the great risks they took with us and with their lives.  And yet those same risks opened our eyes to a parallel reality that exists just outside the safety of our comfortable homes, just over the riverbank off the highway, back in the woods beyond the last line of fences and private property signs.  My parents would pack my family of ten into our green van and make crazy camping vacations deep into the Baja California or up the Canadian Rockies (where my father family lived) into Alaska.  My mother is Colorado born, 5 generations deep.  I would have to say that more than anyone my father opened my eyes to the beauty and thrill of the great outdoors… something that was repeatedly carried on through my older brothers who continued to backpack and cross country ski and involve me in the same throughout my childhood.  There was something slightly out of control about these family adventures, but that is one of the universal aspects of the wilderness, isn’t it?  That is, being awestruck and governed by something larger than yourself, something chaotic, which is sometimes frightening, sometimes enlightening.  And yet out of the chaos emerges profound beauty and renewal.  Anyone who has spent any time on the Mississippi River could easily share those same feelings.  At turns frightened and enlightened.  If you don’t let the fright get the best of you, don’t let it transform into paranoia, that helpless feeling that will confine you to the couch, then the shock of fright opens up a pathway to learning.  Fear leads to amazement.  Amazement becomes wonder.  And wonder opens your imagination to the endless possibilities of the universe, which seem to be expressed and re-expressed in infinite varieties of forms here on the restless face of the mightiest of all rivers.

My older brothers alternately terrorized and then tantalized me into a soulful love of the outdoors.  One of my strongest early memories is my oldest brother Frank holding me by my arms over the lip of the Grand Canyon and grinning devilishly.  I knew he wouldn’t let me go.  At the same time I was unable to hold back the terror of the unknown.  I think I was 6 or 7 years old.  Later he prodded me down the Bright Angel Trail for a frigid swim in the freezing waters of the Colorado River, and then carried me back out on his shoulders by the light of the full moon.  Westerners in general have a different ethic about the outdoors than southerners.  I grew up at the edge of Arapaho National Forest in the Front Range of Colorado, which rises from the Great Plains like a tsunami wave, and this was the playground for my friends and family.  Everywhere we travelled throughout the Rockies and Desert Southwest we hiked and camped and swam.  On road trips when it was time to camp we simply turned off the highway into the nearest National Park and picked out a place.  I grew up with the feeling that the outdoors belonged to everyone, not only to those who can afford a hunting camp over the levee.

It was much later, when I grew into the difficult teenage years, that I rediscovered my love of water, and became more involved in its meaning and importance, not only to myself but all Americans, and really to the benefit of all people on the face of this planet.  Water connects us all, for better or worse.  The wetlands are disappearing at an alarming rate, while floods are becoming more frequent and catastrophic, and seem to be alternating with severe droughts.  The recent push to remove the New Madrid Floodway seems absurd in this light.   So when Sean and I scuttled any ambitions for higher education (much to the dismay of our college counselors) and instead built our giant wooden raft and floated down the Mississippi River out of the Minnesota woods, it was the start of a journey that resonates loudly today.  It saved me.  It almost killed me.  Five months later when we lost all of our earthly possessions and became shipwrecked on a muddy island in Northern Mississippi, and I became infected for life.  I became infected with the muddy river.  I was struck by a ray of light that still guides me to this very day and illuminates the way down the difficult dusty road of business and an ever rewarding life as a river-rat. 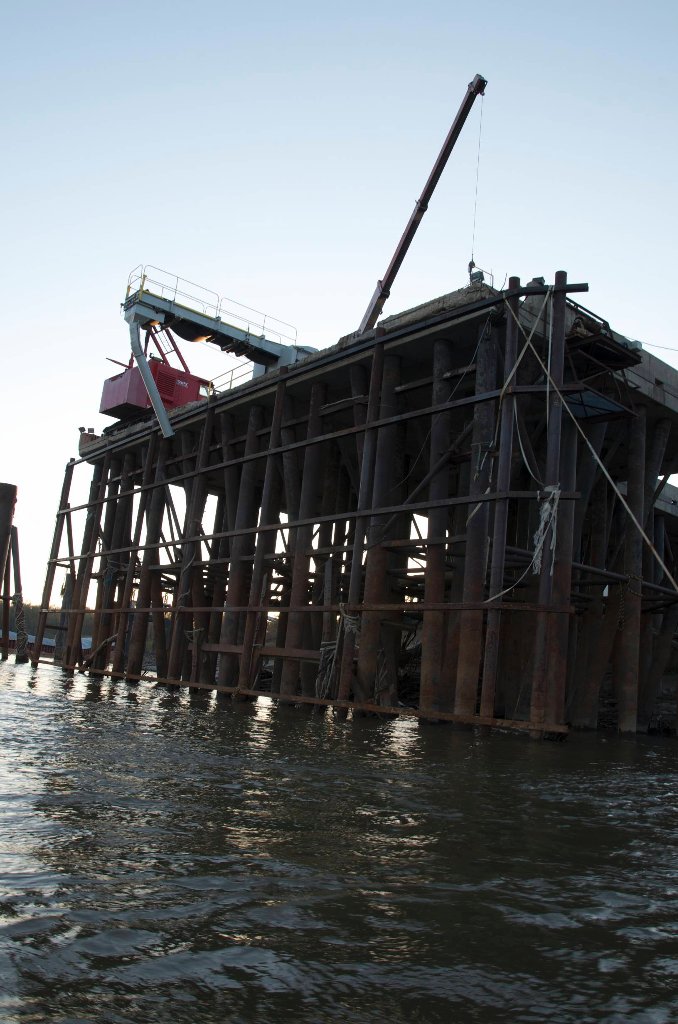 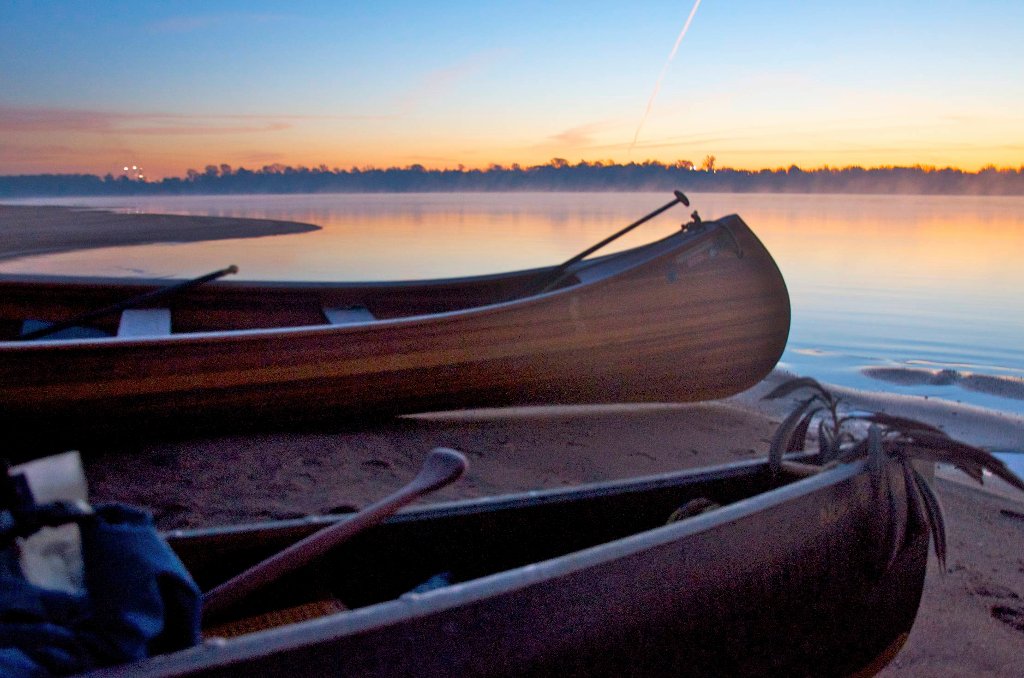 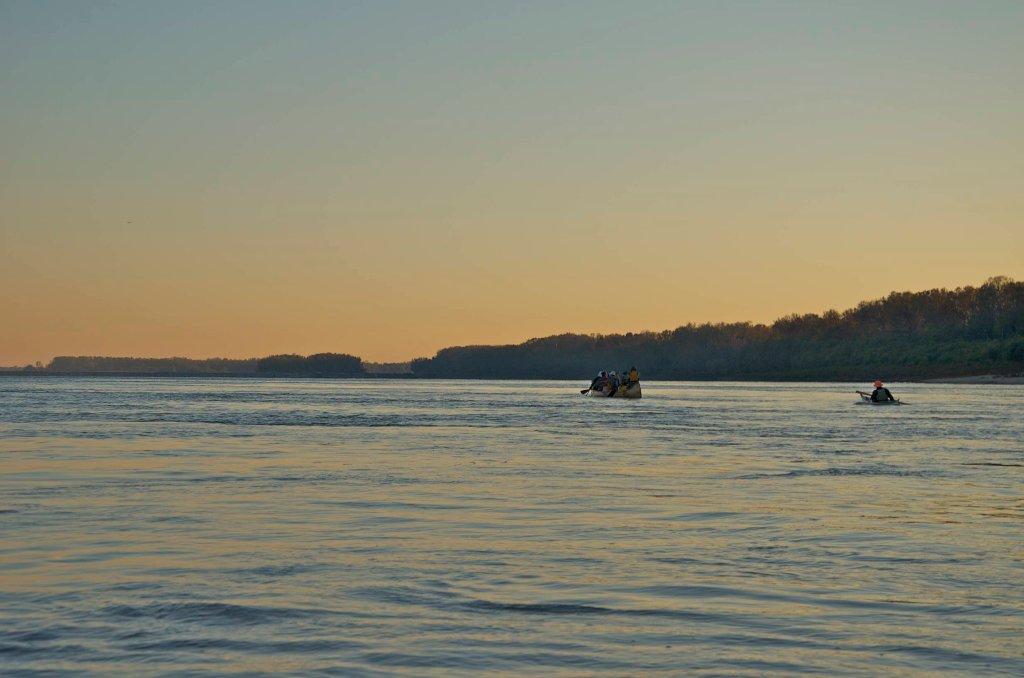