Buck Island is the best camping in the area.  During medium or low water levels good campsites can be found around perimeter of island on any of the sandy inlets or dunes, or other places with a good landing and natural refuge.  During inclement weather seek shelter in or near the many stands of trees.  If storms are in the forecast, chose a location with shelter from the approaching storms.  Never locate a camp where you might get blown over by the fierce front-line winds that often precede severe thunderstorms.   As with all islands on the Lower Mississippi River paddlers should practice the seven principals of Leave No Trace.

Buck Island is a 1420 acre island with 880 acres of native forests and 620 acres of large white sand beaches at medium water, this grows to almost 3,000 acres of sand at the lowest of river levels.  Of course, at high water there is no sand to be found (above 35 HG).  Buck Island is a refuge and paradise for the long distance paddler because it is now a publicly owned island and you can camp and picnic on it without fear of cramping somebody’s hunting camp or private property of any sort.  Furthermore Buck Island has five miles of hiking trails, and a three-mile side channel. These natural assets provide outstanding opportunities for wildlife viewing, camping, hiking, paddling, swimming, fishing, and eventually hunting, and also supports numerous wildlife species, including the endangered least tern, fat pocketbook mussel, and pallid sturgeon. The island is also a stop-over site along the Mississippi Flyway, used by 65 percent of North American migratory bird species. Buck Island is a one hour paddle from AGFC’s public boat ramp in Helena Harbor, making it easily accessible. The island has been highlighted in national publications including Canoe & Kayak Magazine, National Geographic Adventure, and ESPN Outdoors.com, and international programs such as Steven Fry Visits America (BBC).

The largest, wildest & tallest sandbars on Buck Island are located on its top end, the upstream side facing north, and sitting above the northernmost stands of trees.  At low water these sandbars extend almost a full mile above the northernmost trees, and near the water’s edge are mostly gravel.  These gravel bars were once the favorite haunts of noted Helena archeologist “Injun” Joe Madonia.  If Joe’s spirit is found anywhere since his passing in 2011, it will be found here.  If you make landing look out for unusual rocks, fossils and petrified bones, many of which have been washed hundreds and sometimes thousands of miles down the Mississippi River out of all past epochs of geologic history of North America.  And watch out for Injun Joe’s playful spirit & twinkling eyes, which are surely peeking down on us from across the heavens!

Due to its very gentle slope the top end sandbar of Buck Island goes underwater quickly as the river rises.  One foot of river rise might mean hundreds of feet of sand going underwater, so choose your campsites carefully and be aware of the river forecast.

Several years ago two adventurers made a campsite stop on Buck Island after a long hard-days of paddling.  The exhausted pair pulled their canoe up the shore, ate some supper, and then unloaded their sleeping bags and went to sleep, leaving most of their gear still in the canoe.  The next morning they awoke to find their canoe and all their gear had disappeared in the night.  The reason — the rising waters had crept up the shallow bar and floated the canoe away.  Always pull your canoe up and tie it down!  If there aren’t any trees nearby drive one of your paddles deep into the sand or mud for an anchor point. This shows how the river will sometimes surprise even the most experienced paddlers.  Never assume you know everything about the river!  I once had to chase down my canoe as a strong north wind blew it out towards the open main channel.  Saving it required a long swim.  Not saving it would have meant an even longer swim!  Another time I had carelessly laid camp at dark without carefully inspecting the location and not forecasting the river.  I awoke in the wee hours of early morning with water entering the bottom of my sleeping bag! 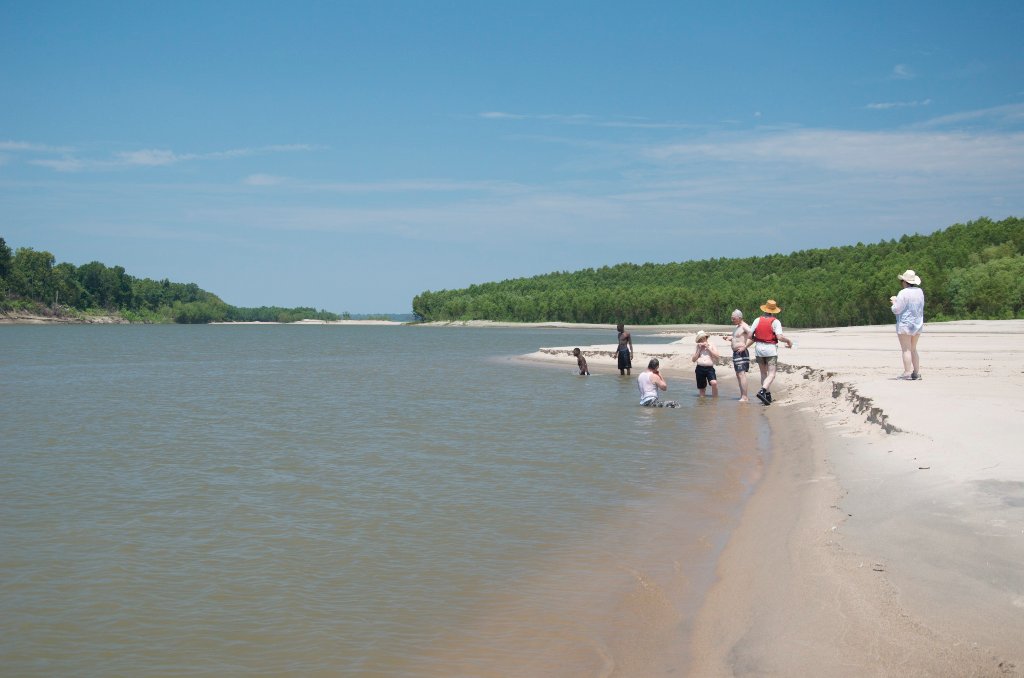 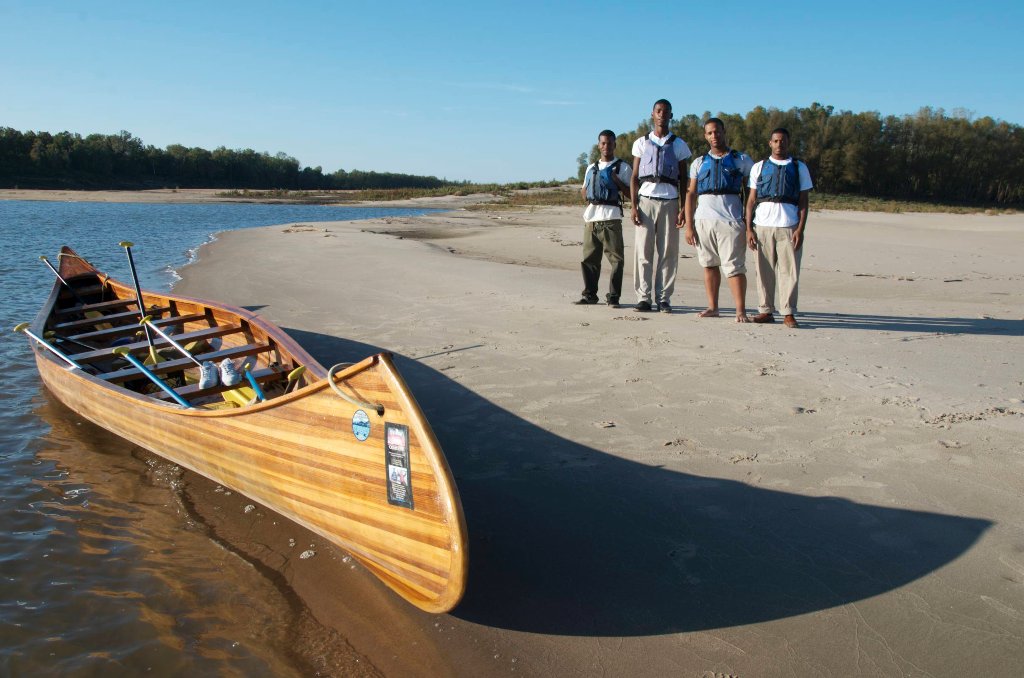 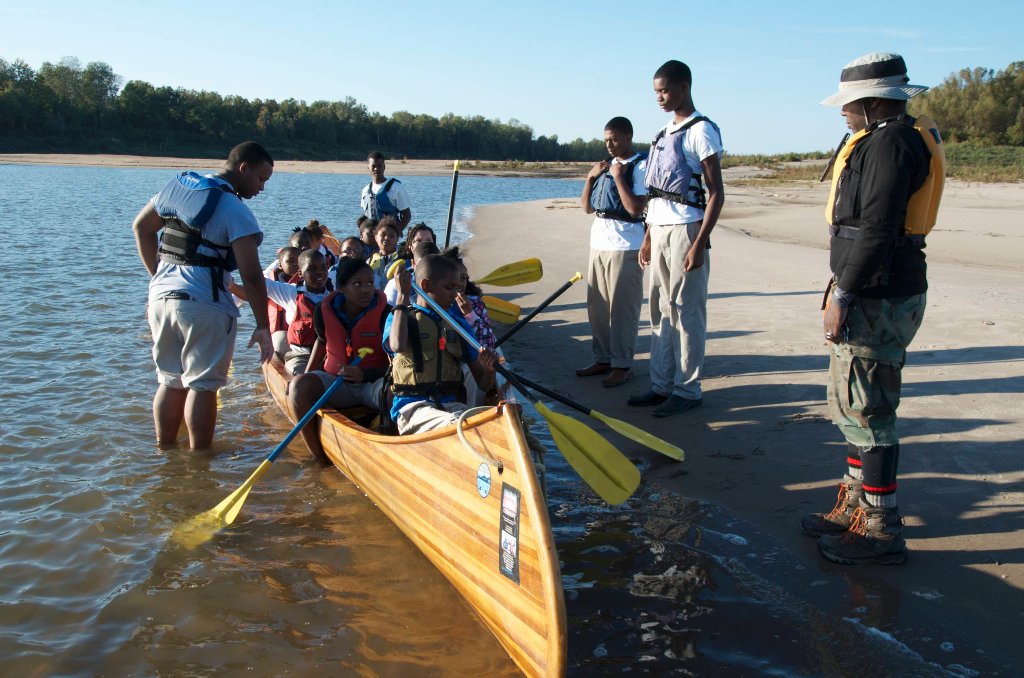 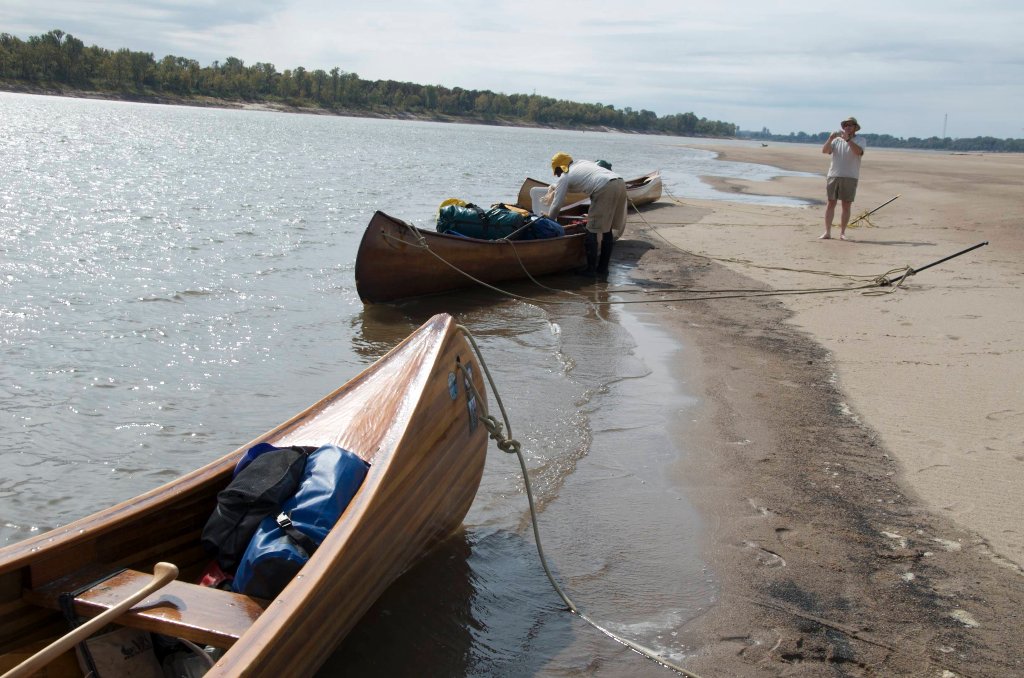