At mile 20.2 below Head of Passes the last pile of rock falls away to the open waters of the Gulf of Mexico. This is the very last solid piece of earth found along the Lower Mississippi River, indeed anywhere within the belly or gut of the country, in this very bottom part of North America. Nothing sticks further out into the deep waters of the Gulf for hundreds of miles in either direction, until the coastline curves southward well into Texas (to the West), and then again southward far into Florida (to the East). This is not surprising. This is where most of the water flows from the biggest river in North America. And so in many ways, this is the end of the story, and the end of the water trail.

The Rivergator will continue below to describe many of the other outlets to the Gulf, especially highlighting the more scenic and wild routes, such as South Pass, Pass a Loutre, Southeast Pass, and others.

Too bad none of the sediment carried in this most major of river outlets assists in rebuilding the Louisiana Mississippi Delta.

Use the Rivergages.com website for water levels and flows down the South Pass. This Gage is at Port Eads. You will find a handy tool on this website. You can request of plot of water levels from the past 7 days to get a visual idea of the patterns exhibited by recent tides:

South Pass is the quickest and most obvious route to the Gulf, with extensive beaches on either side of its mouth (to the North on Upper South Pass Island, and to the South Lower South Pass Island). These beaches are probably the highest found around the Birdsfoot Delta, and have the most “tropical” ambience. Lower Mississippi Riverkeeper Paul Orr says that “It has been my experience that the end of South Pass has the most oceany/beachy feel.”

South Pass includes Port Eads, Upper and Lower South Pass Islands, South Pass Beaches, and numerous smaller passes you can take as alternate routes. There are two islands (better said: sandy spits) one on either side of the mouth that we are calling “Upper South Pass Island” and “Lower South Pass Island” for paddler identification. Consult Google Earth for the best picture. Make your final landing according to the wind and weather. The best beaches are found past the mouth and heading southwest (right bank descending) around the end of the West Jetty to Lower South Pass Island. (Upper South Pass Island tends to be muddier, but is also a fitting end place). If it’s calm paddle out into the Gulf of Mexico for the full feeling of the ocean. You might see dolphins leaping along with your bounding heart. Oh the joy! The happiness and satisfaction of the long journey.

Most paddlers seem to favor South Pass in recent years. The place reeks with the karma of previous expeditions! Imagine all of the great adventures that have come to their climatic fruition in this happy landscape, make your another as you join in the celebration of the journey here in the refreshing salty ambience of the Gulf. Dave Cornthwaite became the 1st paddleboarder down the Mississippi here in 2012, Mark Kalch the 1st Source to Sea down the Missouri-Mississippi RIver system in 2014 Janet Moreland the 1st female Source to Sea down the same in 2014, and in 2015 Dale Sanders the oldest man to paddle the entire Mississippi River (at age 80).

There is a great camping spot right bank descending about 3 1/2 miles down the South Pass with cut grass and a picnic table on a low shelf of mud and sand laid by a former dredging operation. Built and maintained by Pass a Laoutre Wildlife Management Area. Located at the mouth of the second major bayou LBD below Head of Passes.

Between -4 BHP and -10 BHP there are fourteen small and medium sized openings into bayous that flow into the East Bay in between South Pass and Southwest Pass, which gives you dear paddler a multitude of routes to follow for your last paddle strokes down and back to the open water of the Gulf! Best route plan: paddle down the main channel of the South Pass to the open Gulf. Spend the night on a beach (weather permitting) and the next day paddle back through the calm water of the East Bay, and re-enter South Pass through any one of these openings.

In high winds out of the south or east you could duck through Picayune Bayou and cross a shallow estuary over to a long sandy/muddy spit that parallels the west side of the South Pass. Look at Google maps for best route to follow.

South Pass also features a newly built lodge near the lighthouse at its terminus where paddlers can find accommodations and food. Port Eads was completely devastated by Hurricane Katrina. All that remained of the original structure was the lighthouse. Due to the economic importance to Louisiana, Plaquemines Parish enlisted assistance from the Federal Emergency Management Agency to rebuild the dock, both North and South camps, and a state of the art marina. In April 2014 the High Adventure Company was selected to operate and manage the marina and fishing camps.

Port Eads is named for engineering genius Captain James Buchanan Eads who developed a system of wooden jetties preventing the mouth of the river from silting up. This innovation opened up the Mississippi River for commercial trade doubling the amount of goods reaching New Orleans. (The Eads Bridge in St. Louis was designed and constructed by the same!)

Reports river angel Layne Logue: “In April 2014, High Adventure Company built a Marina, Fishing Camp and Restaurant at the Port Eads Lighthouse (1.8 miles from the South Pass Gulf Island at the Gulf of Mexico). This is HUGE! You can find supplies here: water, food, beer! (and cold beer at that!)… and I talked to the current Manager, PETER DEVER and he said as long as you were buying stuff… they’d let us paddlers tent for FREE on their wooden deck. Obviously, they would love for you to stay in their fish camps (North and South building… each holding up to 24 people). Per bed night is $125. Exclusive room per night is $625 (yeah, this is me… not). Here is the even better feature: Boats will be coming in to buy fuel, buy ice, buy beer, food and will stop at the Port Eads. This would be an EXCELLENT time to ask for a ride back to Venice! They will already be going there! (well, the ones that aren’t going out to sea). Instead of finding a boat in Venice that has to come out there, pick you up and go back to Venice (can be expensive charter cost)… You may be able to get a free ride… or a very minimum incentive tip to the boat owner to take you back to Venice. 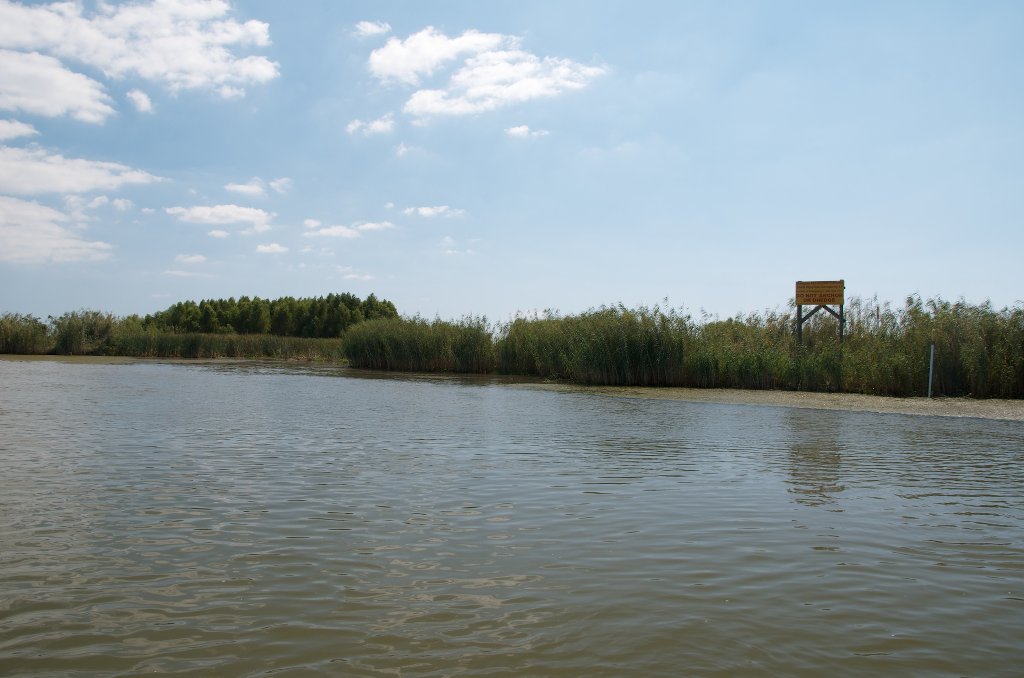 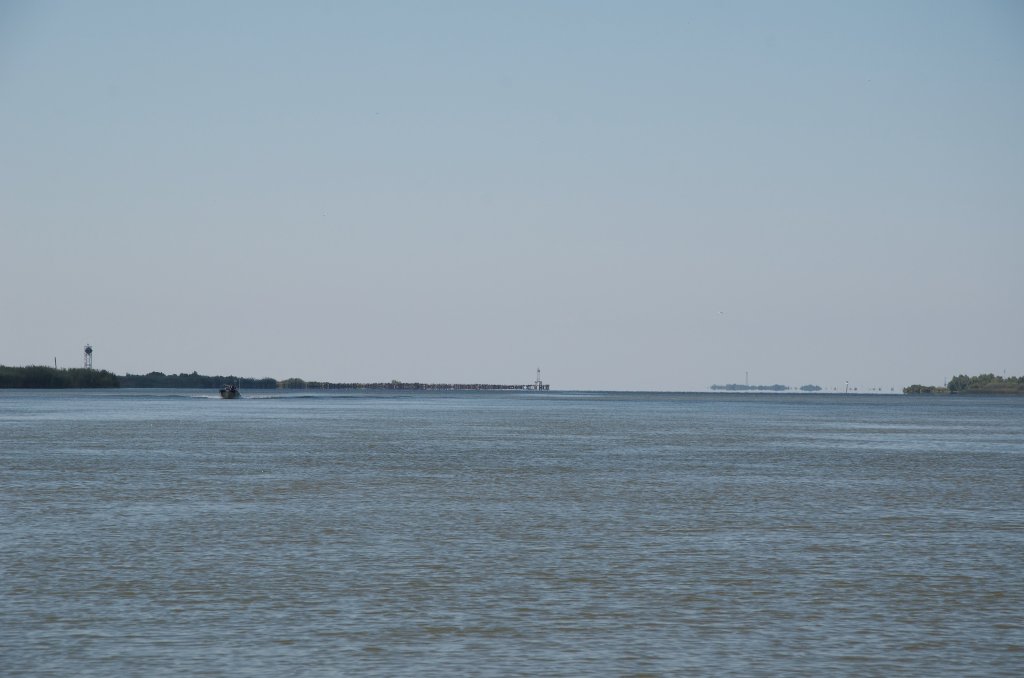 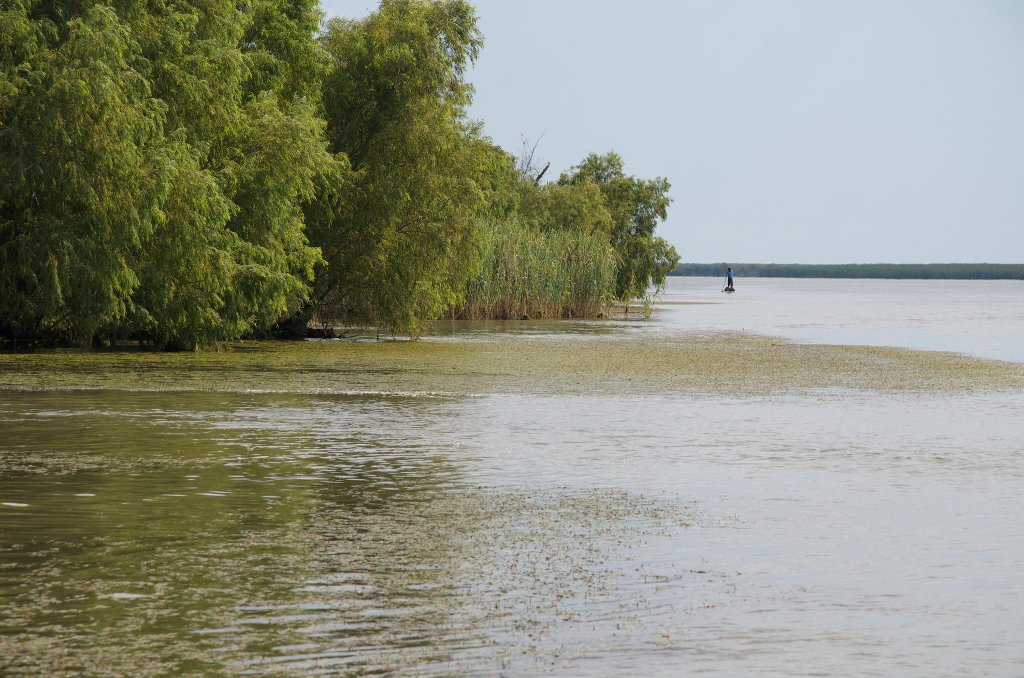 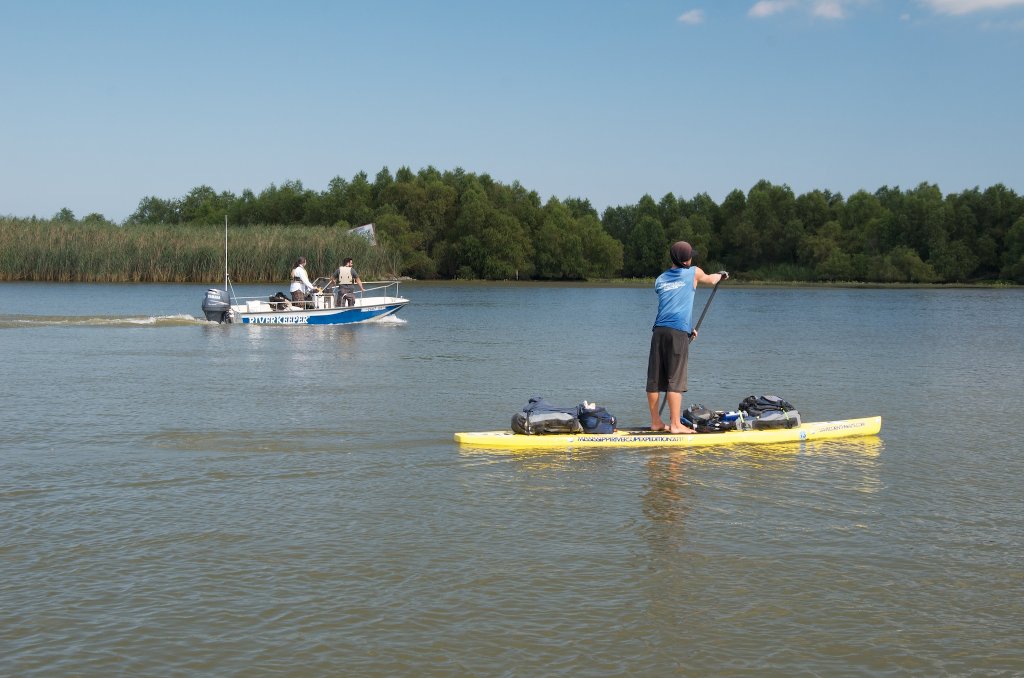 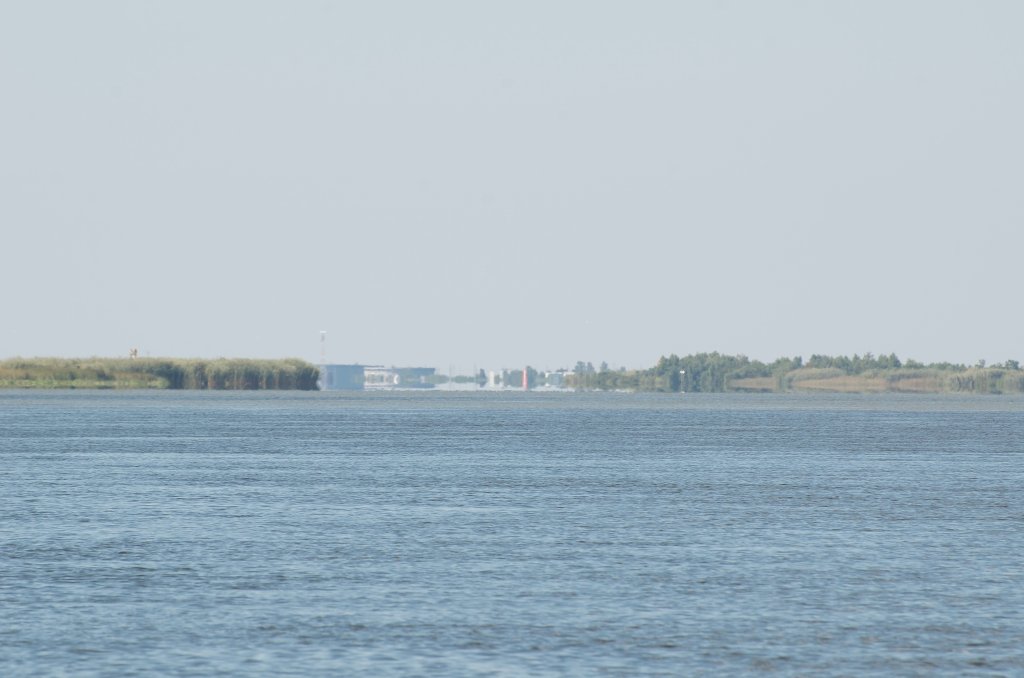 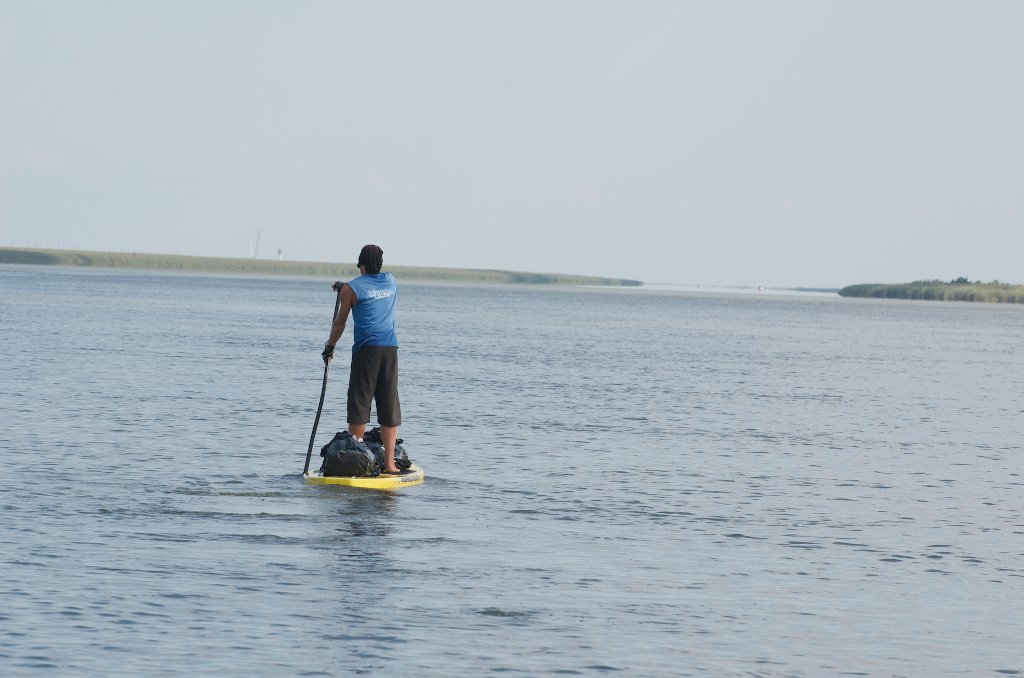 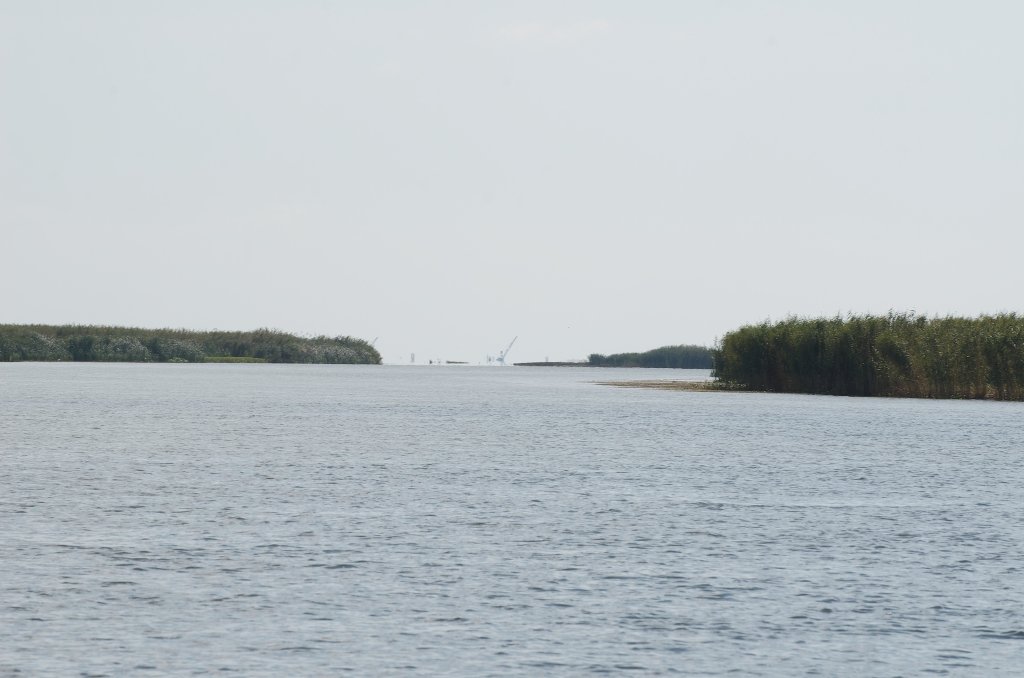 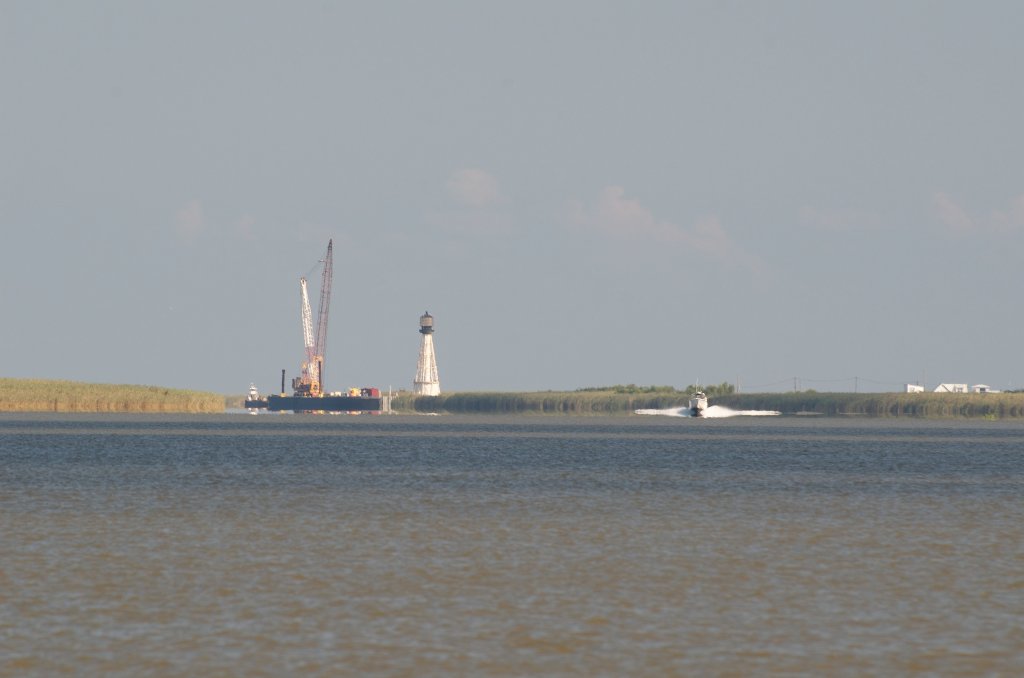 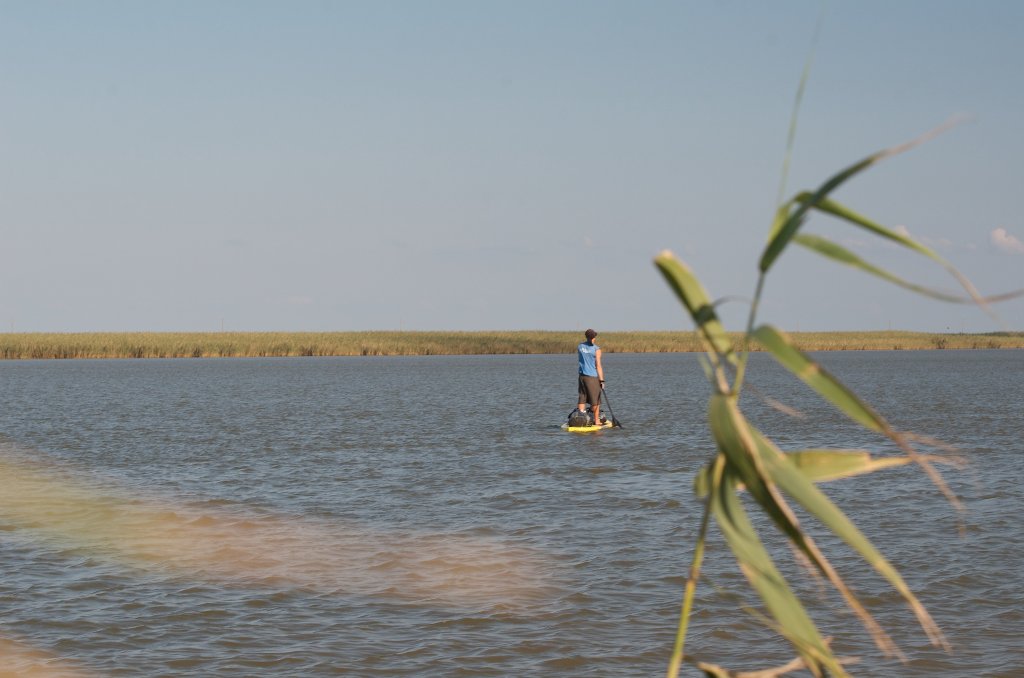 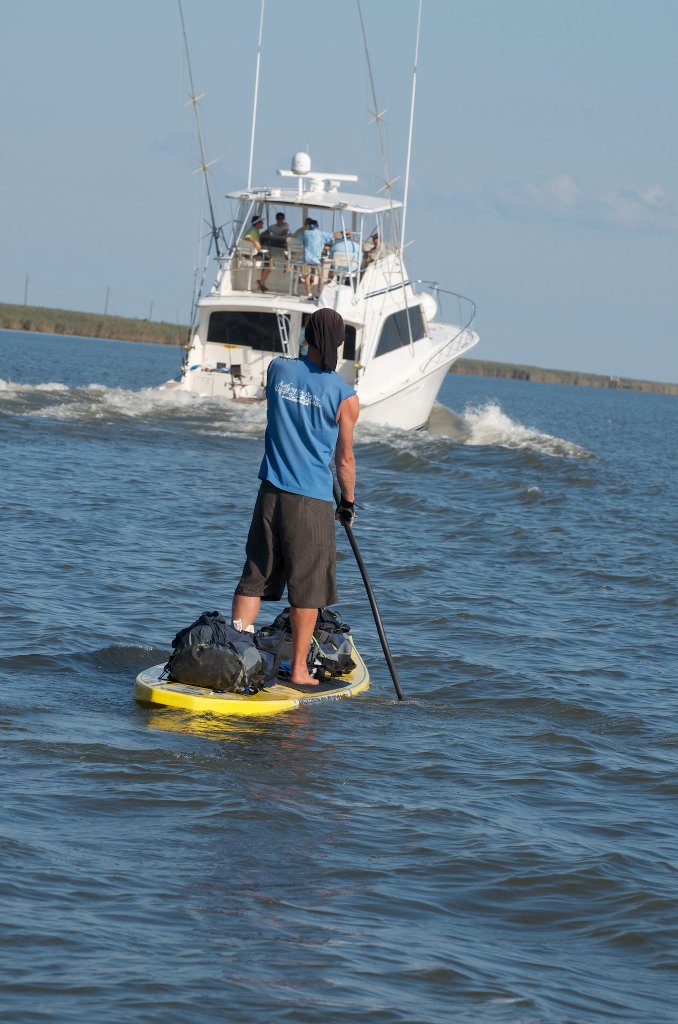 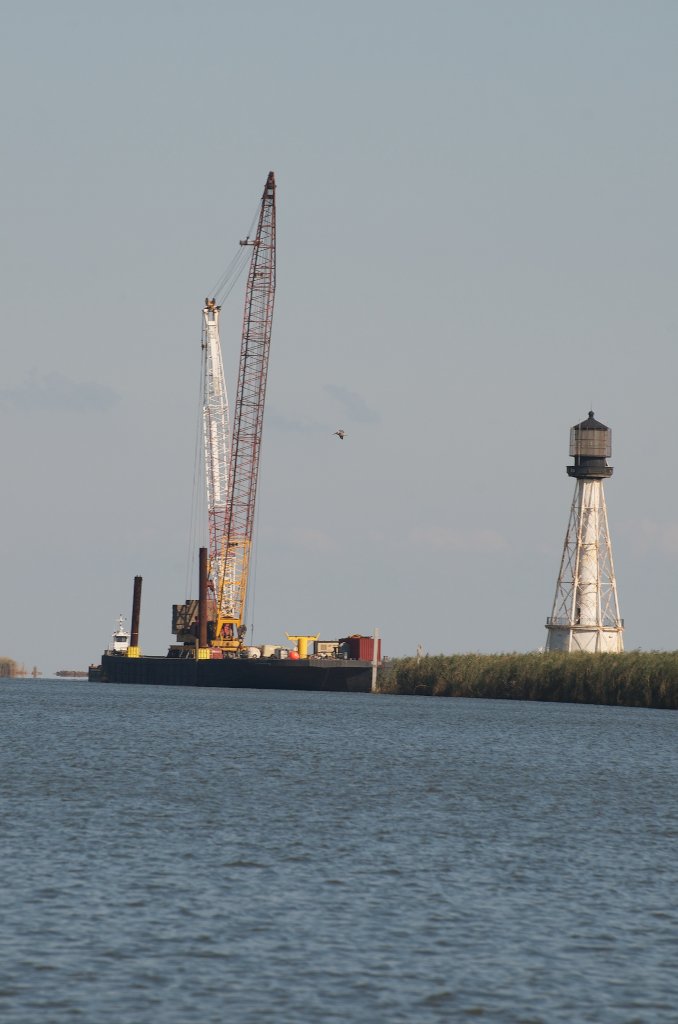 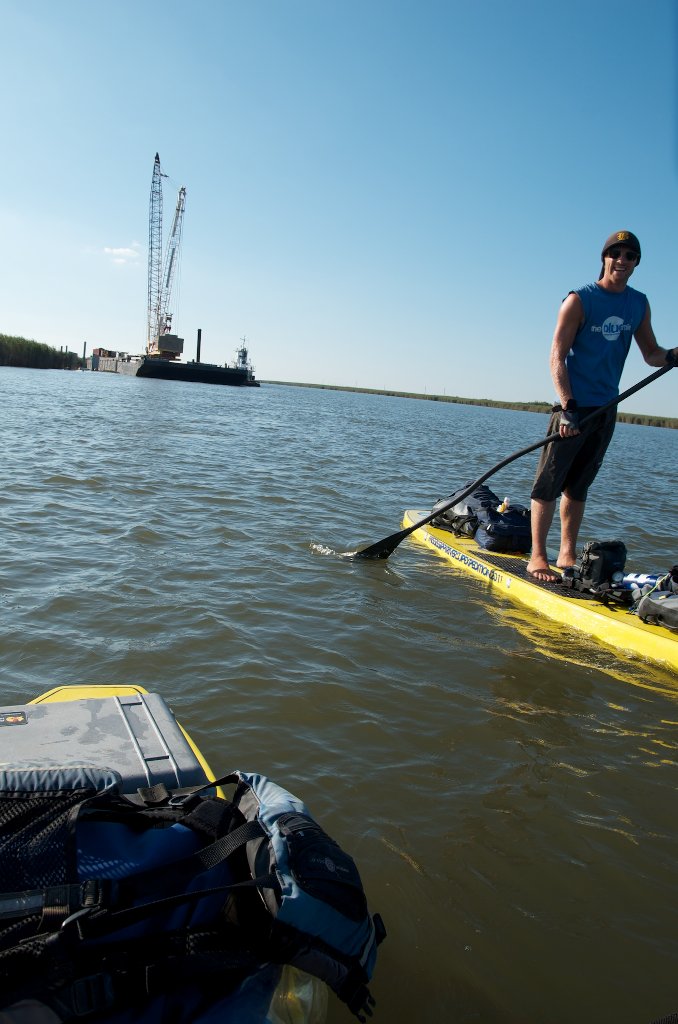