The Mississippi River Road is a familiar place to locals and a magnet for visitors. It’s that legendary corridor running a hundred or so miles between New Orleans and Baton Rouge, defined by a road along each bank of the river that traces the levee along each bank.

The River Road has a rich and colorful history and culture. It’s known for antebellum plantation houses open to the public, less so for its quirky little museums, remarkably atmospheric churches and cemeteries, and a variety of interesting old buildings with tantalizing stories. But many who travel these roads in search of its attractions seldom see the singularly best attraction of all: the river itself. This is because the levee– which the Corps of Engineers erected after the 1927 flood to keep the Mississippi from inundating south Louisiana– physically divides the area. Along the River Road, you can’t see the river from the roads unless you hike up the levee, ride the single ferry remaining in the area, or look over the side as you cross a bridge. But neither can you see what’s on the land side of the levee if you’re in a boat unless your craft is higher than the average levee top of twenty feet—about the height of a two story building. Even then the view encompasses a few rooftops, church steeples, and treetops. Only the industries—ever-present along this corridor–seem to link both sides of the levee, with connectors from their erector-set plants their stilt-legged loading docks.

It seems ironic how invisible the river is since all settlement and development along this corridor was, and is, primarily due to the presence of the river.

I’ve explored and written about the River Road for twenty years so I know the land side of the levees very well. But I leaped at the chance to join the Rivergators for a day, to share part of their adventure paddling from Baton Rouge to the Gulf of Mexico, because it would give me the opportunity to see and experience the river from the inside, a rare treat.

I met them on the west bank, in the shadow of the Sunshine Bridge, and clambered into my assigned seat in the 30’ gleaming wood, voyageur canoe. I settled in behind Mark River’s broad back and rhythmic bow strokes. Behind me were Robert and Ben who steadily paddled their sides from a shared seat and entertained me as we went along. Behind them rose a small mountain of colorful camping gear, separating the bow strokers from Donovan and Michael, paddling from a shared seat in the stern with John holding firm behind them. Chloe, Chris, and Paul were in the other canoe.

Although the entourage had apparently assumed that I’d play Cleopatra on the Nile and ride as a demure passenger, I immediately demanded a paddle: I wanted to be a real part of the Rivergator team, if only for the twenty miles from the Sunshine Bridge downriver to the sandy white beach at Paulina. If only for one day. Even as the mist fell and then the driving rains. Even as we stroked against 20 mph gusts of headwinds stronger than the downriver current. Even if we were jostled in a sturdy canoe by frothing white caps on the river.

It was a busy day on the river, although it was Saturday. Tugs and tows ploughed through the khaki green water in both directions. Freighters growled by in midstream, colorful behemoths that ruled the channel, and we slipped past their moored cousins, so close we could inspect each dent and scrape on their hulls and leaned backwards to see up to their decks and the occasional crewman who waved down to us.

Despite the almost constant presence of boats and the density of the industries along this stretch of river, however, it seemed remarkably quiet. The noises were muted, like someone playing background music– mechanical hums, industrial whirrings, the thrumming of motors. In the air came the smells of sulphur and oil and sometimes the heavy wetness of mud. Overhead and prowling the banks were herons and egrets and gulls.

I walked on sandy beaches and through squishy Mississippi mud. And I appreciated the many places where willows grow dense enough for a girl to disappear for a few minutes of privacy. Perhaps the most surprising moment between the Sunshine Bridge and Paulina came late in the day and just for a few minutes, in a place where no boats passed and none were in view. No industry was visible along the banks; no telephone poles or church steeples rose beyond the levee. No navigational signs dotted the levees and no fishermen dotted the batture. For these few minutes, our complete world was two voyageur canoes sharing the mighty Mississippi, enclosed by dense treelines along each bank. It was beautiful and peaceful and wild-looking. It was perhaps as close to seeing what Mark Twain might have seen as ever will happen to me. It was a splendid day! Thanks, Rivergator team–John, Mark, Zoe—and fellow travelers for adding this to my life experience.

Mary Ann Sternberg lives in Baton Rouge and is the author of Along the River Road, River Road Rambler, and Winding Through Time (all published by LSU Press). 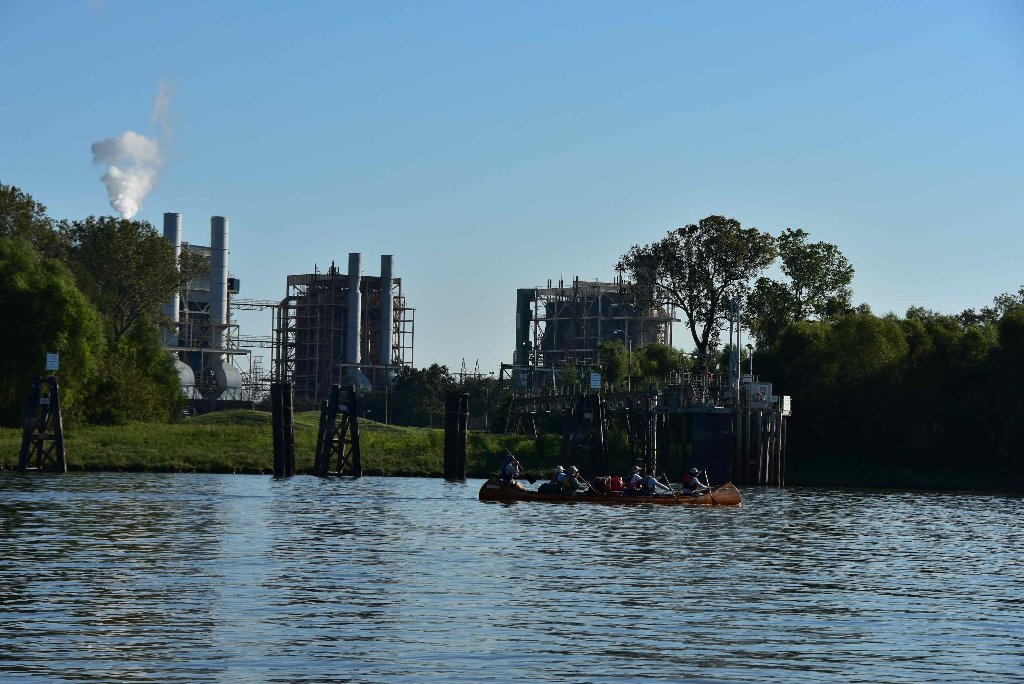 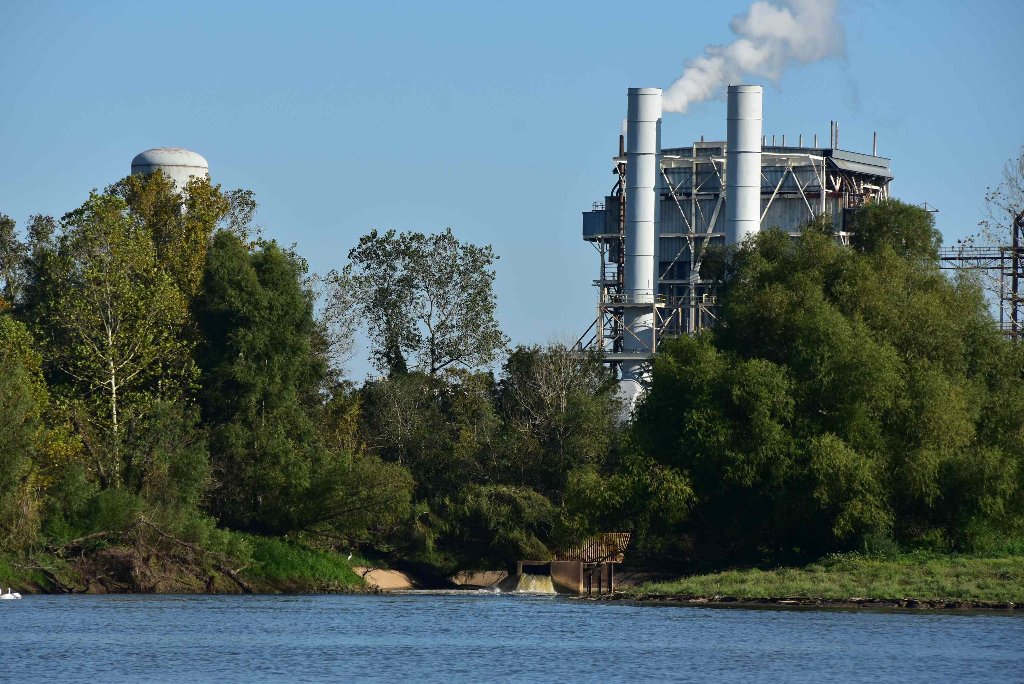 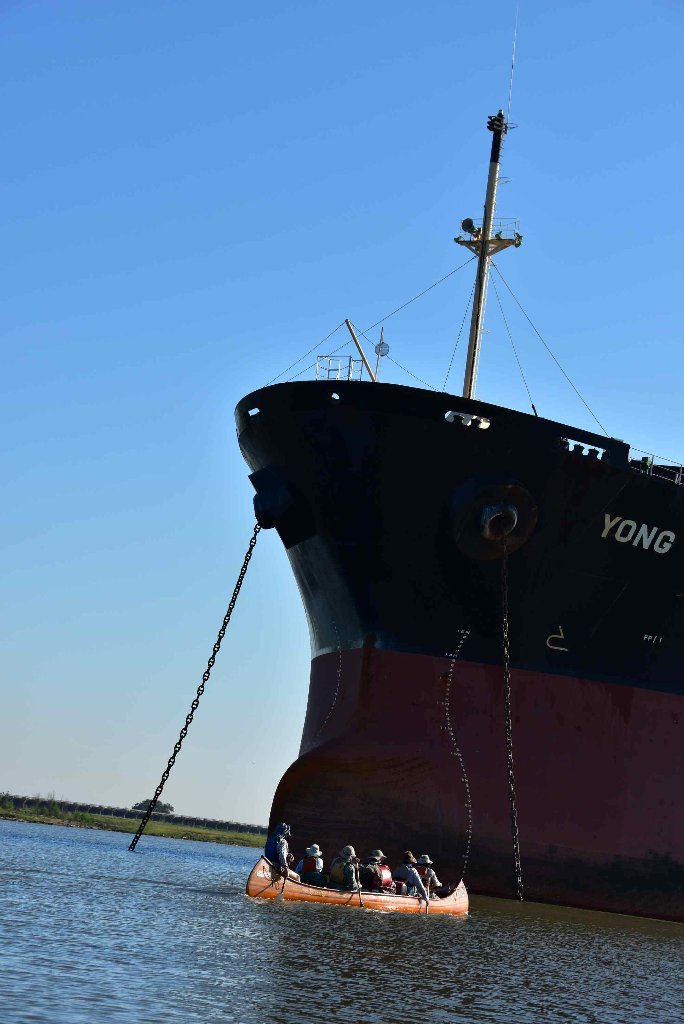 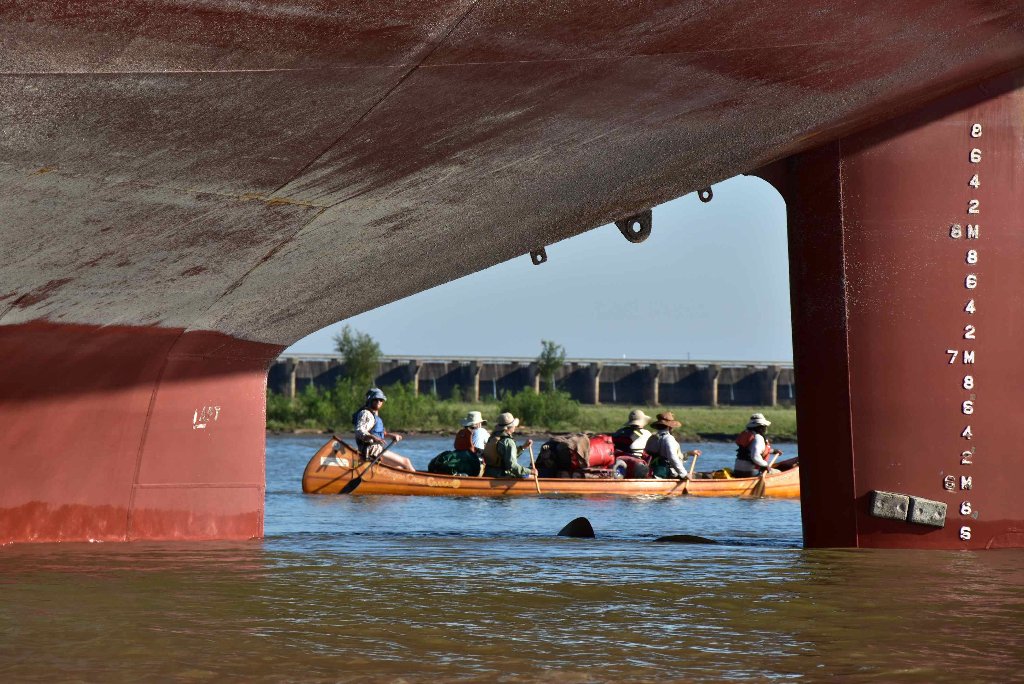 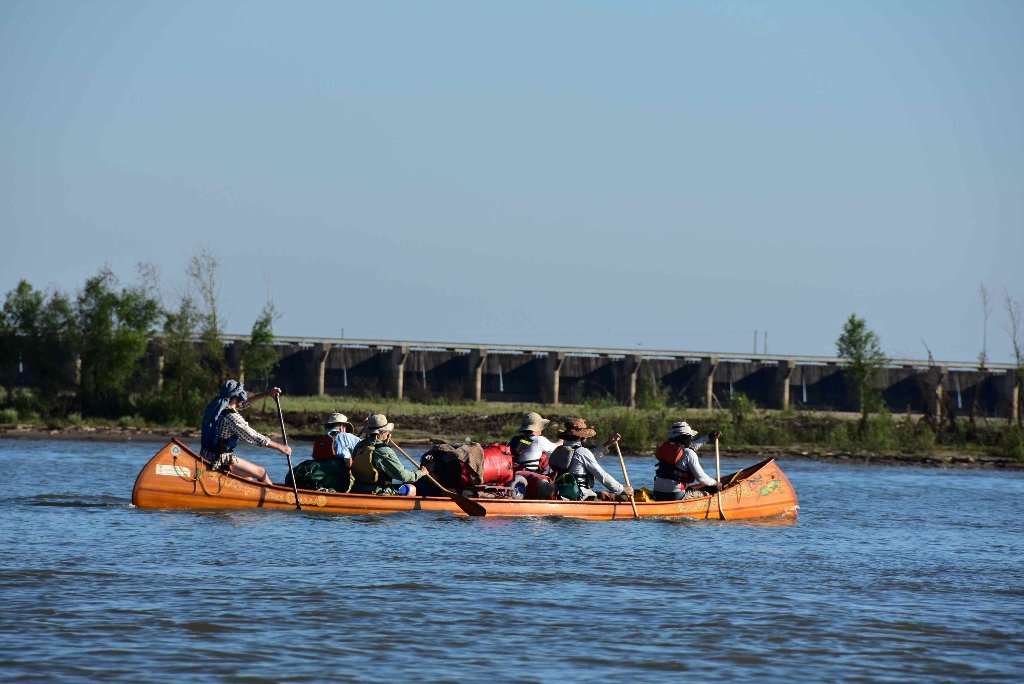 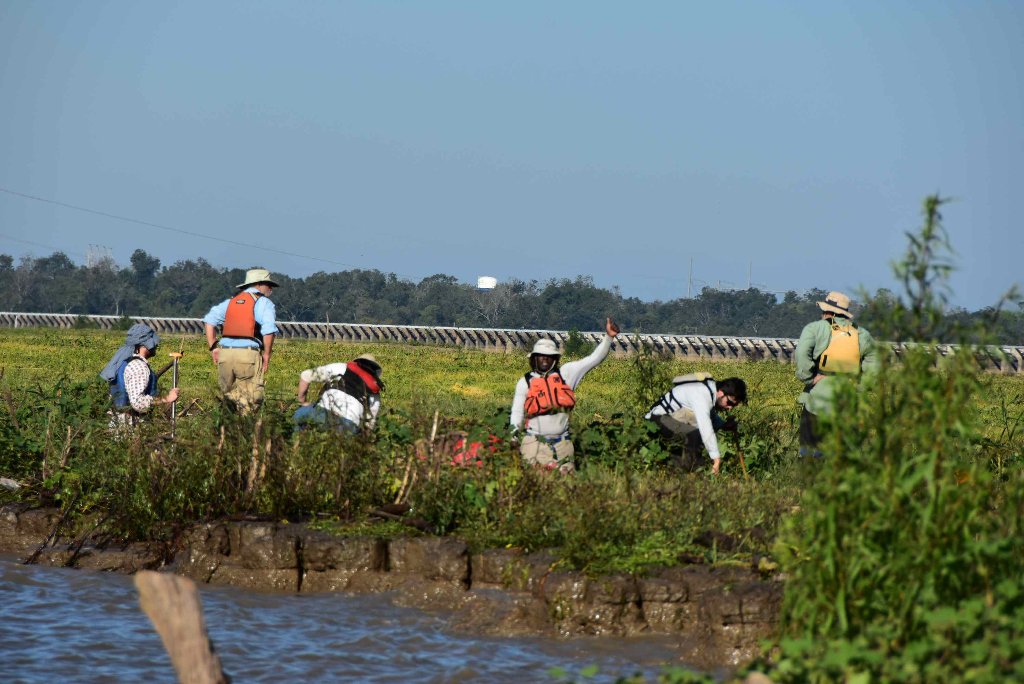 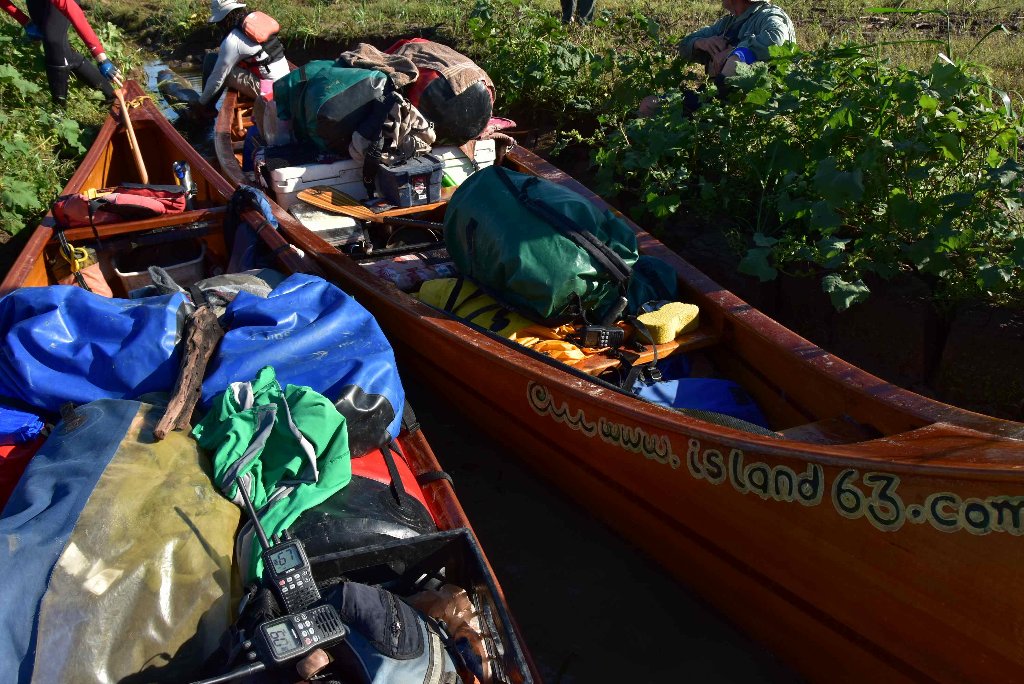 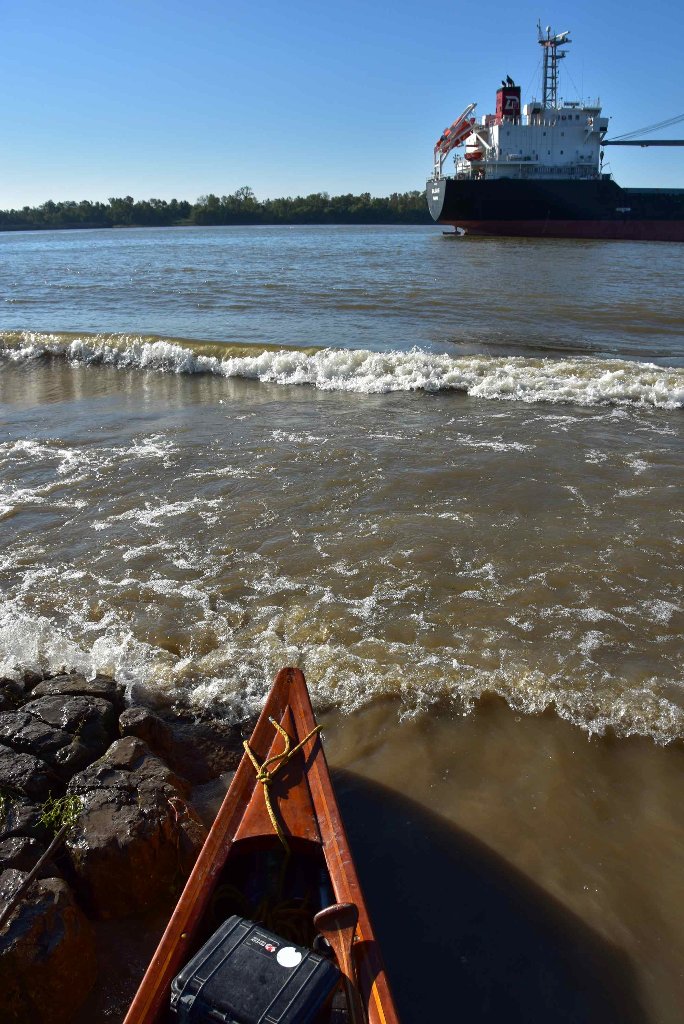 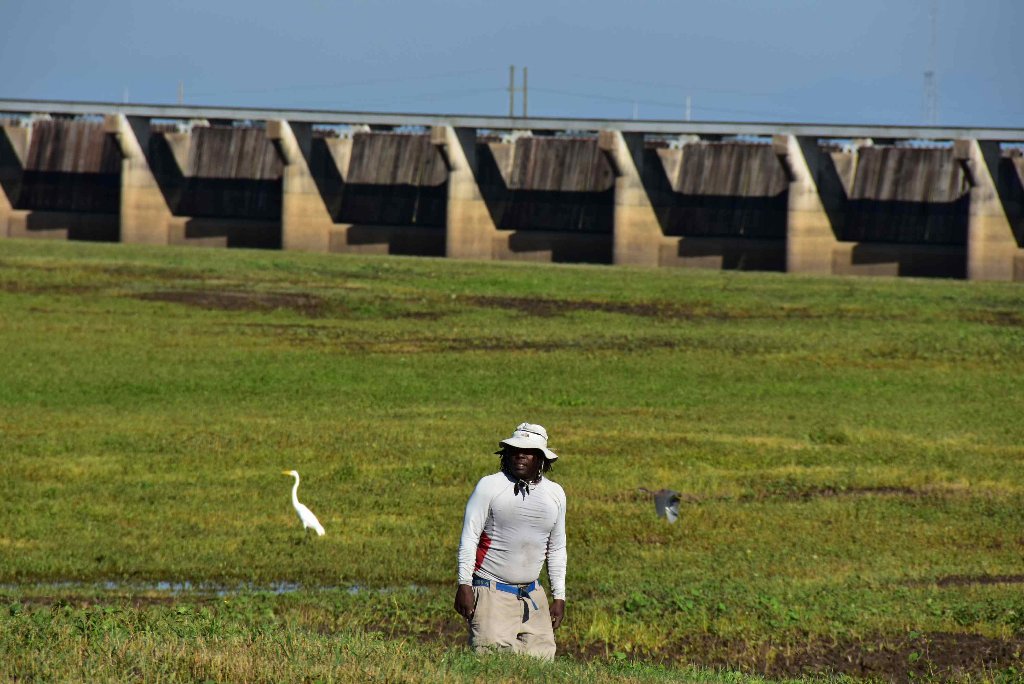 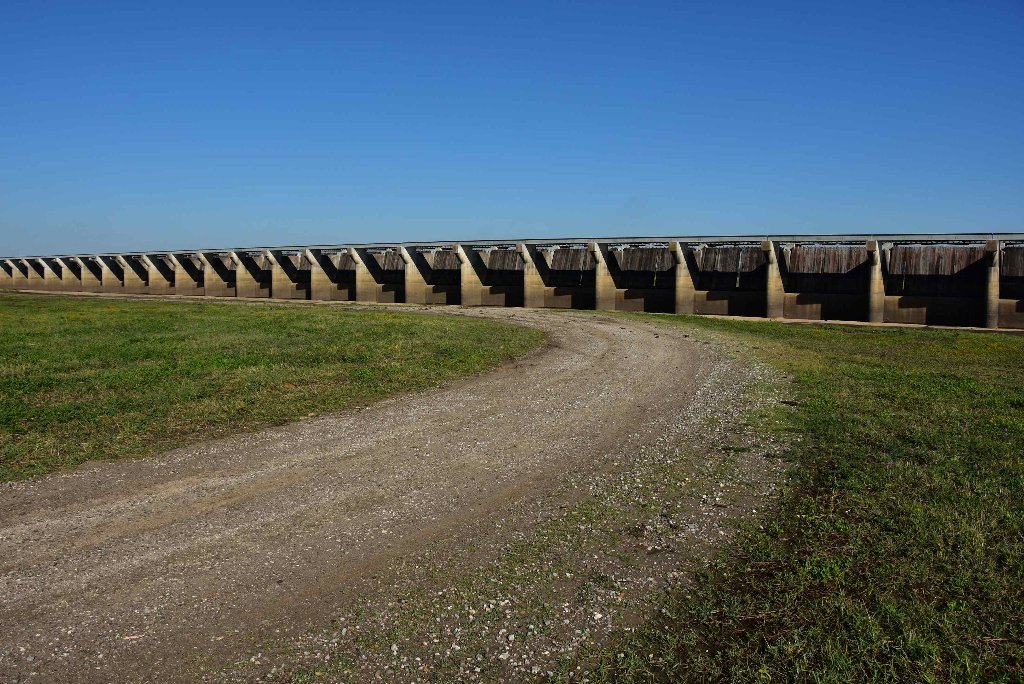 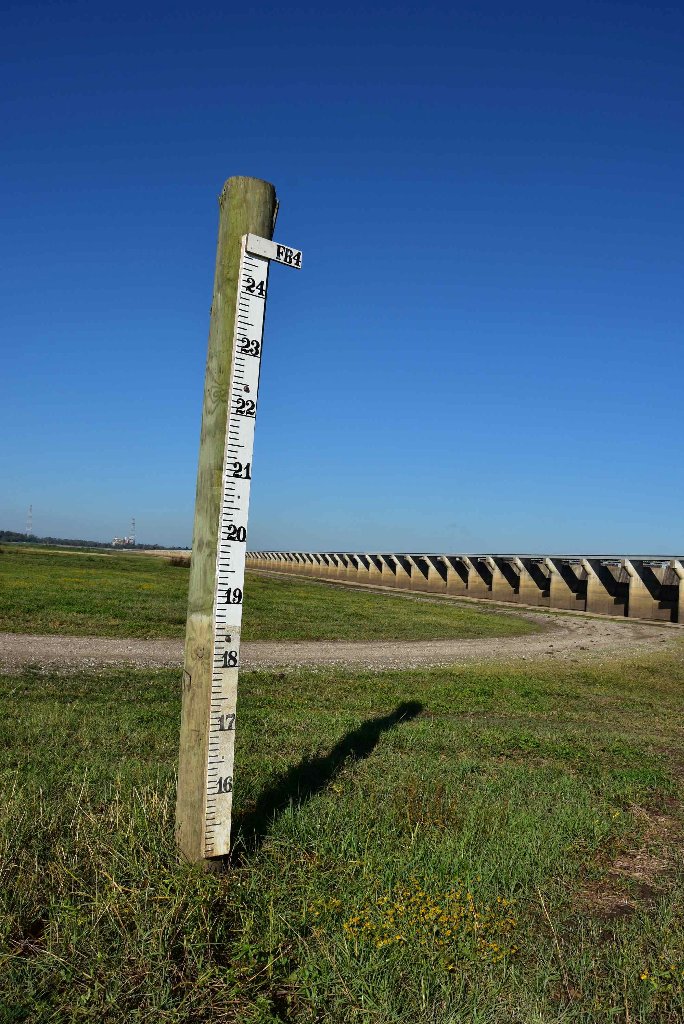 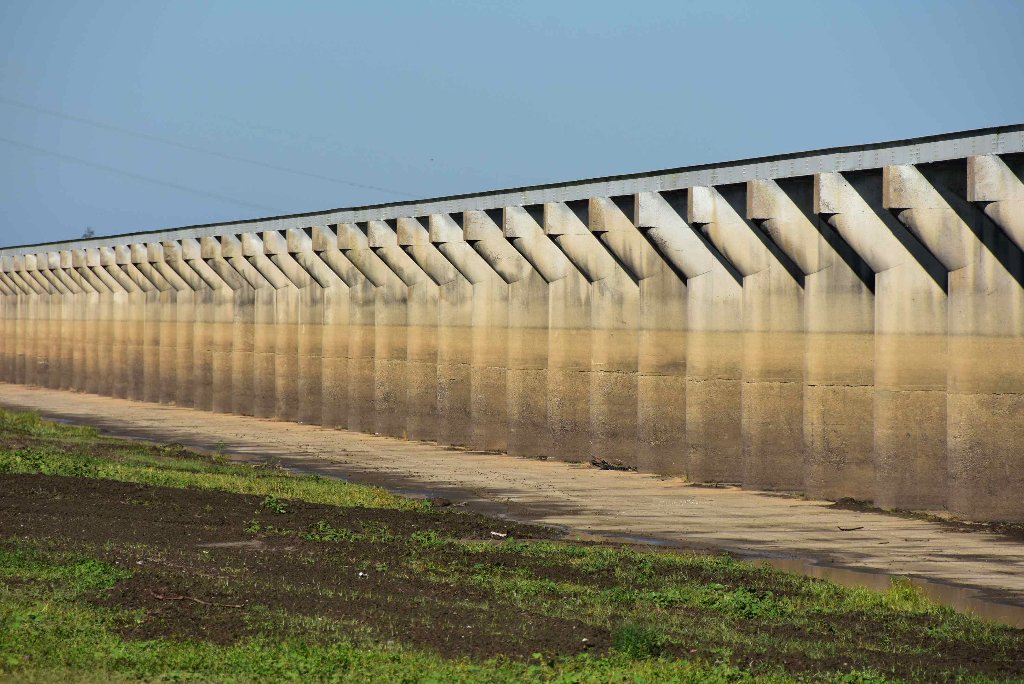 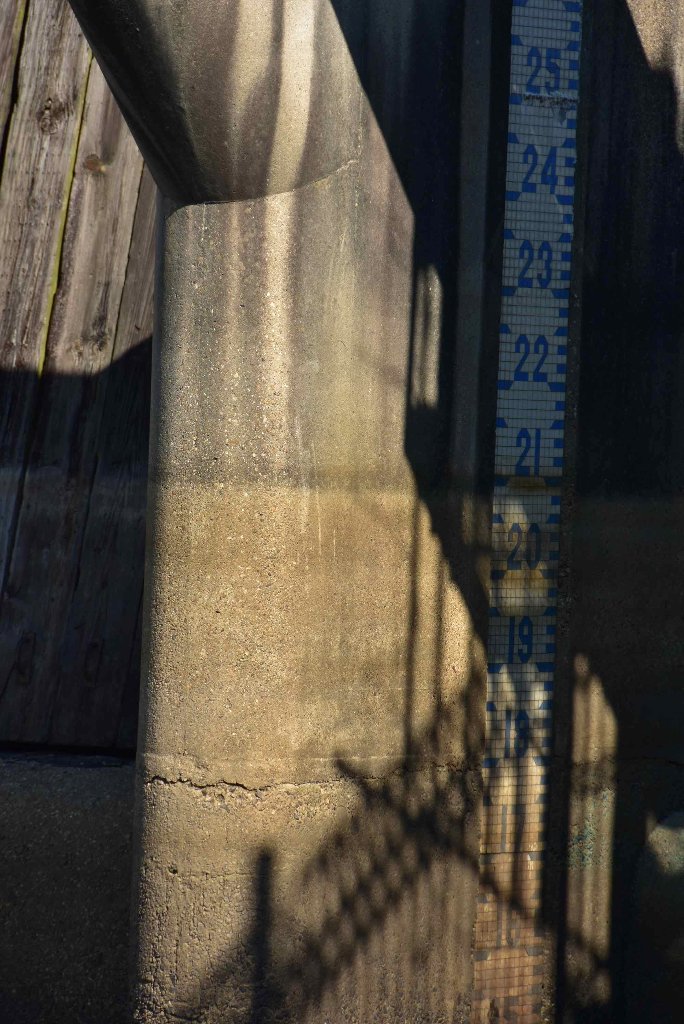 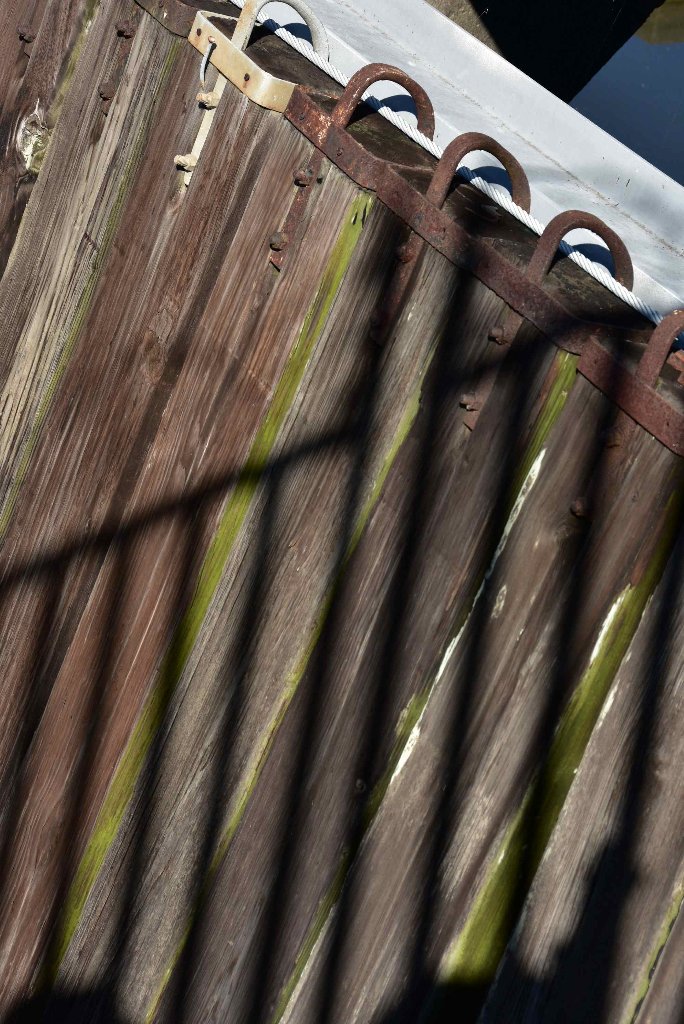 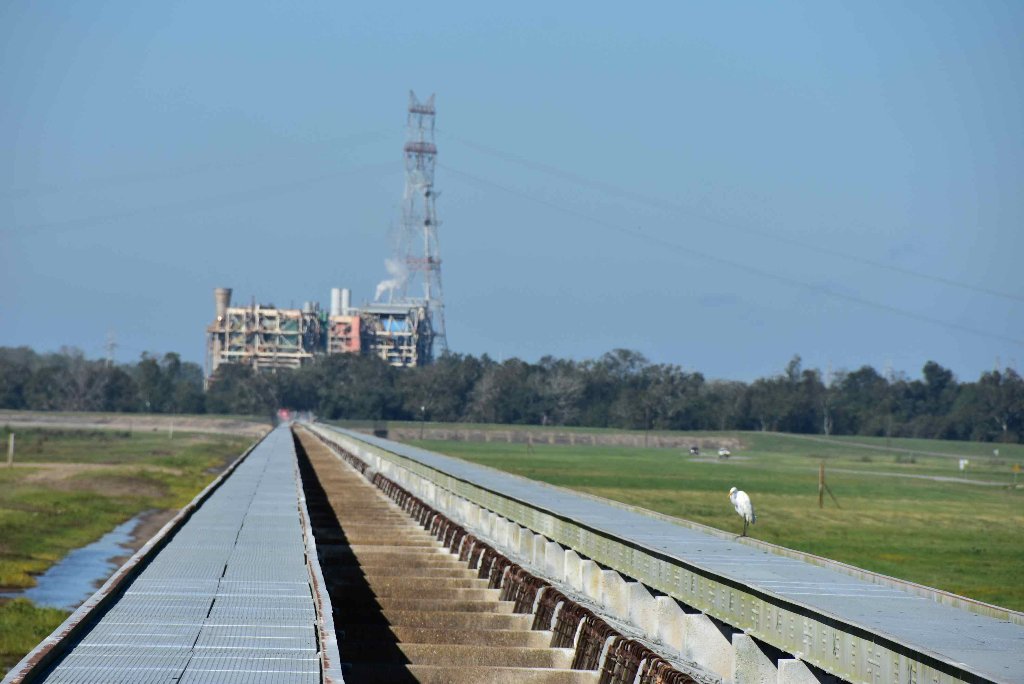 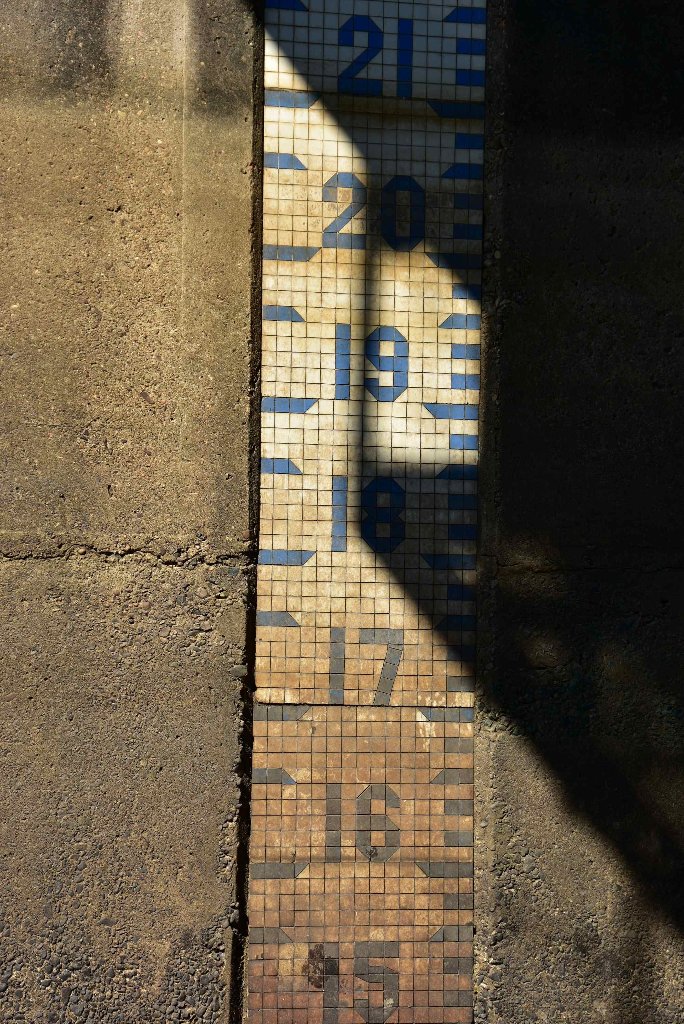 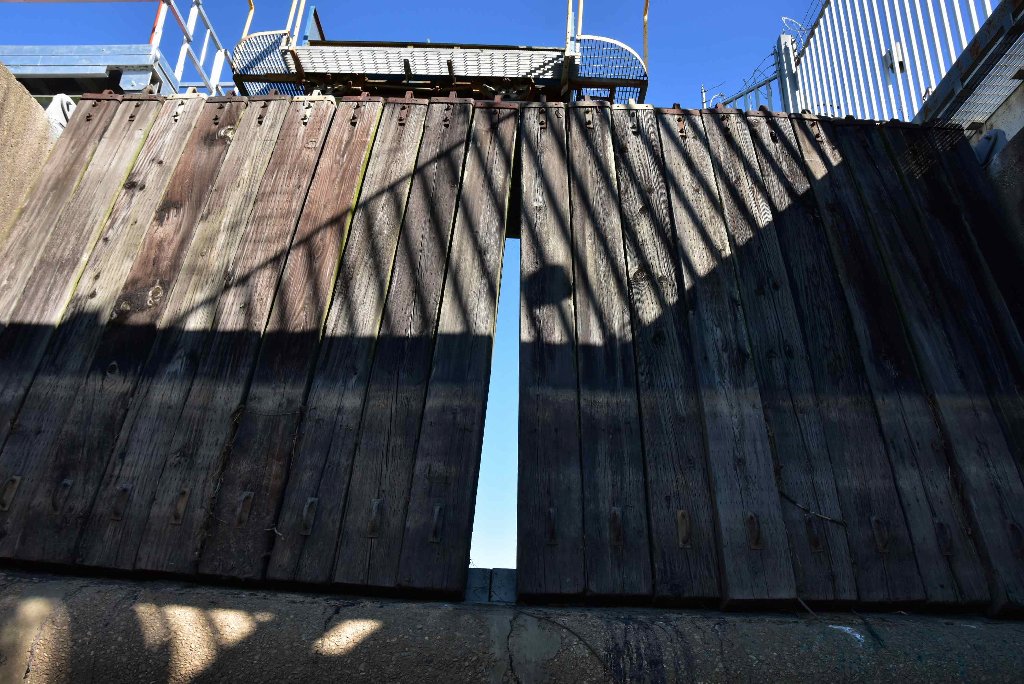 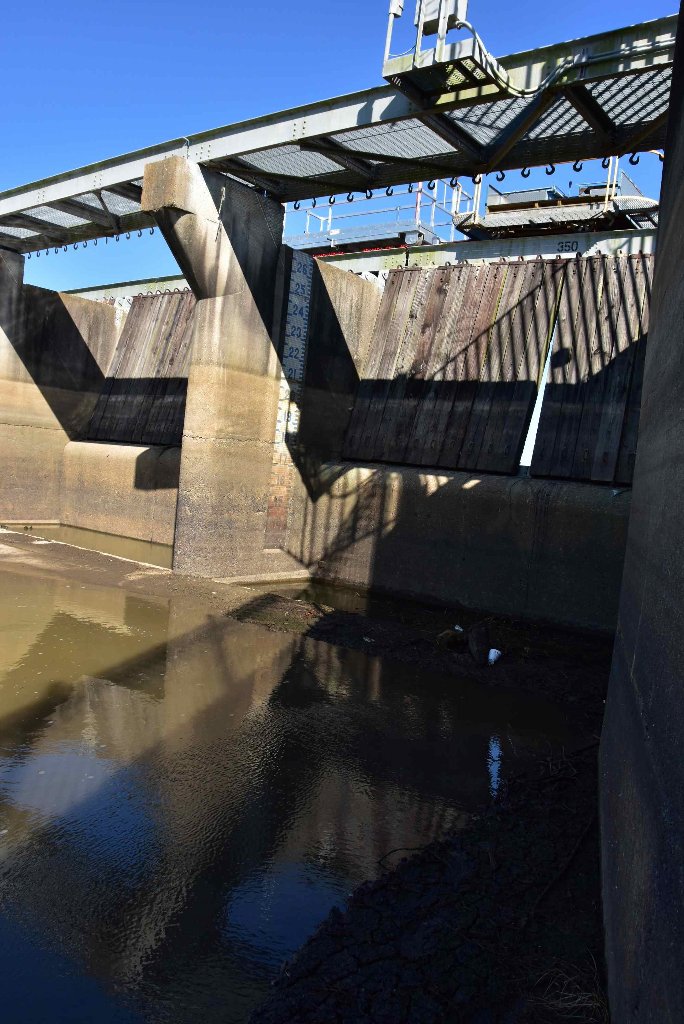 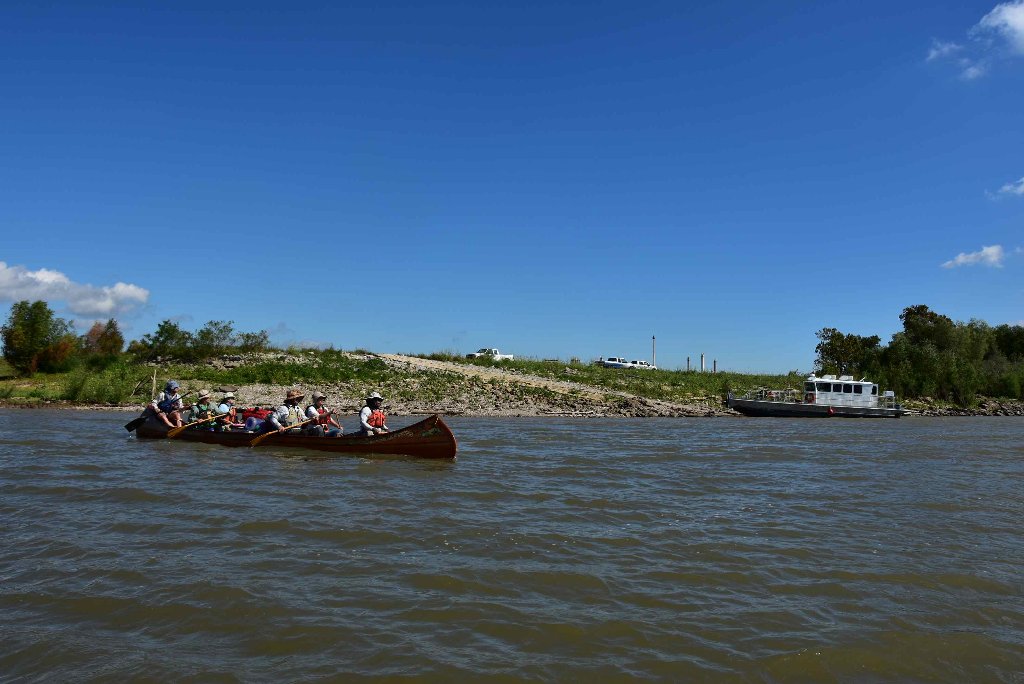 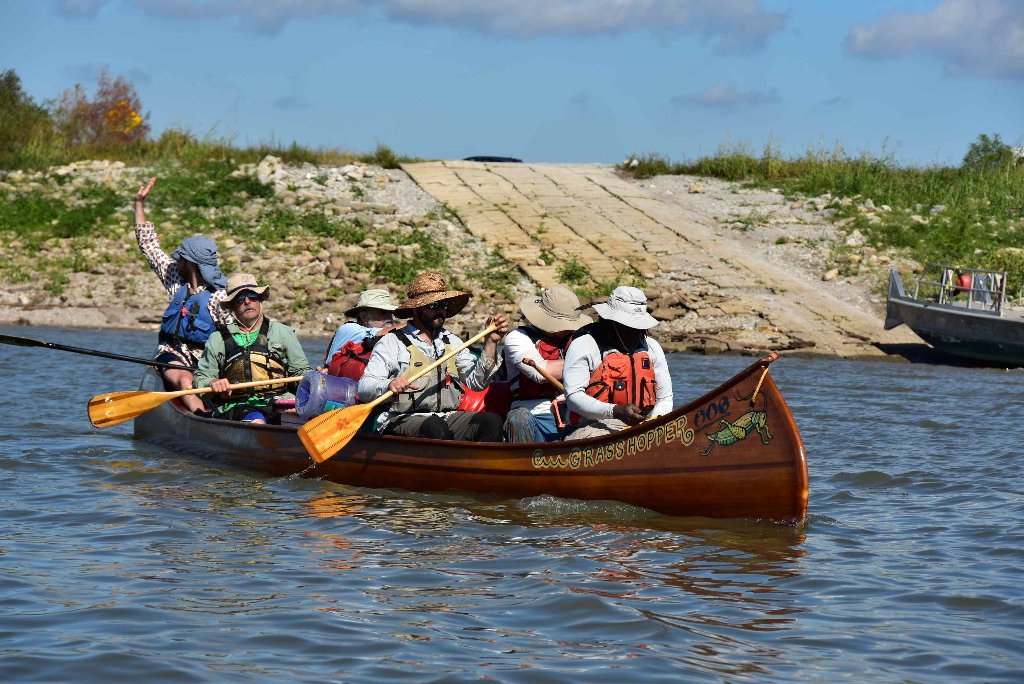 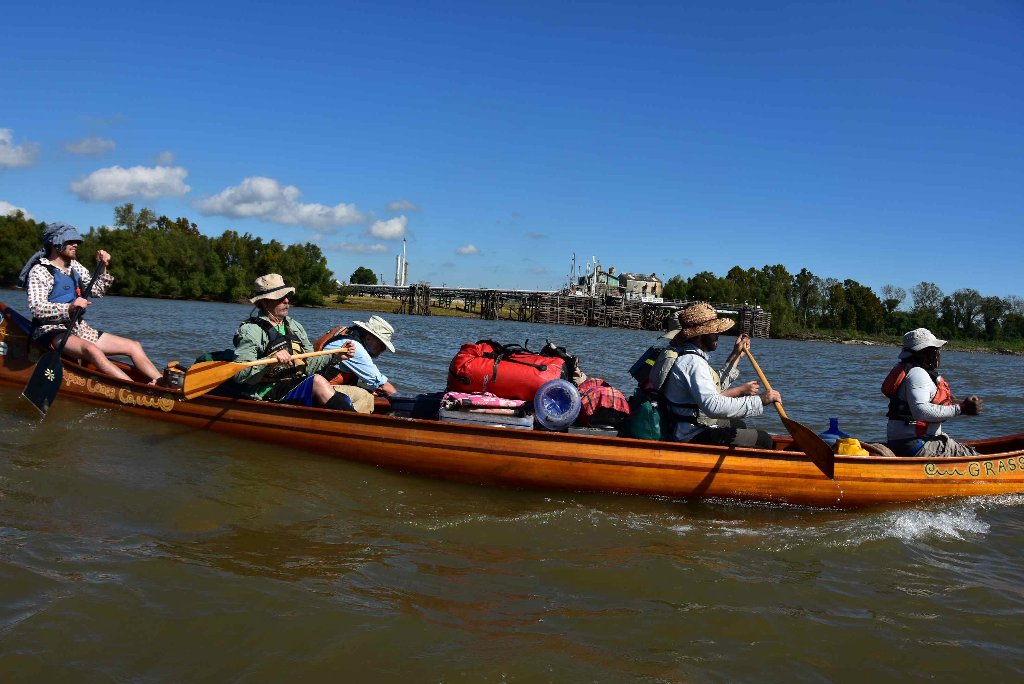