Leaving the Tunica Hills at Clark Creek behind and entering Louisiana the river expands to its maximum mile-and-a-half wide as if breathing in deep and opening up its broad chest, and enters a long straight stretch that can be a white water commotion in a strong west wind, but is usually a sublime passage in a gently murmuring flow.  There is something particularly heavenly about the river in these places where it opens up and flows towards a mid-channel island, such as here as it approaches Shreve’s Bar.   Maybe it has to do with the big open reach, or maybe it’s the rippling water responding to the shallowing bottom, or maybe it’s the walls of trees on either side where you whoop and listen for the clear echo sure to follow on a quiet day.  Or maybe it’s the presence of the mysterious island gradually gathering shape and presence as you approach, or maybe it’s all of these factors.  Whatever it is, the colors of the murmuring river is a kind of nirvana, and once found is just as easily lost.

Best camping is usually found on the top end of Shreve’s Bar, at all water levels, although at lower water you could continue down either side for other options.  The island comes to a knife edge bottom with a narrow willow tree point that offers a low/medium water option for picnicking and camping.

Shreve’s Bar is named after Capt. Henry Miller Shreve –  American inventor and steamboat captain who opened the Mississippi, Ohio and Red rivers to steamboat navigation.  Shreveport, Louisiana, is named in his honor.

From the March 15, 2015 Rivergator Journals: “Crescent old moon rising over Angola, spring peepers peeping in the flooding forests, gentle waves lapping the top end of Shreve’s Bar, the river at 45.7 on the Red River Gage and rising a foot a day.  The throb and de-acceleration of the Angola Ferry engines can be heard across the channel as it maneuvers out of dock to cross over to the pen with the days fresh force of guards.  The Grasshopper Canoe balanced perfectly below the cinder darkside of the moon and the intensely glowing crescent side.  Its only the waning moon, a thin sliver maybe 5% of the whole, and yet you can see all close-up features of Shreve’s Bar, and it makes a distinct silvery rippling reflection dancing across Shreve’s Back Channel, and strikes a sharp line down the gunwales and exposes the grainy texture of the sandy shoreline repeatedly wetted by the never-ending tongue-waves of water licking and lapping playfully.  Sagittarius crossing the still leafless willows led by the elegant double spiral of Scorpius, and long meandering trail of stars, many couplets, connecting to Ursa Major rotating endlessly around the heaven’s pole star as sure as the arms of grandfather’s clock.  Leo setting over the Atchafalaya Old River Lock leading us into the watery adventure soon to come.  The ferry crossed over again and makes landing on Turnbull’s Island.  A mist flowing over and off the water, an airborne river.  I feel like we are floating in the current, a special time, breathing deeply with the lungs of the earth.”

The Back Channel of Shreve’s Bar is always flowing strong, and is the route of preference for paddlers, even at low water.  And as much for aesthetics as for practicality.  Aesthetically it is always more pleasing to paddle the back channel — where the natural banks, big trees and extensive wetlands are found.  But usually the back channel is slower (less flow) and a longer route.  Not here.  Behind Shreve’s just as much river, and maybe more, seems to flow down the back channel.

Meanwhile, on the other side of the Shreve’s Island, the main channel is constricted, often crowded with towboats, and doesn’t seem to flow any faster.  If you do take the main channel, watch carefully for tows unexpectedly appearing out of the Lock Channel.  Downstream pilots get very cranky, also, when they are negotiating the very tight turn into the Lock, by having to swing their tail end 270 degrees out and into the main channel.  Lastly the main channel has to jig-jog through a weird broken bankside, where the current seems to stop in giant fields of huge blooming boils and confusing eddies.  This contrary situation is probably maintained for towboat entrance into the Old River Lock and Dam.

303.8 Old River Lock and Dam: Entrance to the Atchafalaya River

Go main channel around Shreve’s Bar for access to the Atchafalaya River, your best route to the Gulf of Mexico.  Also: direct access upstream to the Red River, Ouachita River, Bayou Bartolomew, and all other tributaries upstream.  Access to the Three Rivers WMA, Red River WMA, and Lake Ophelia NWR.

Fork in the Road.  Gulf-Bound Paddlers: here is where you must make your final decision about industry or wilderness.  Go right through the Old River Lock & Dam to get to the wild Atchafalaya River.  Or stay on main channel Mississippi for the industry.  You will be fine either route.  If you have gotten this far, you have obviously learned how to paddle the river in all conditions.    Still, one way might be torturous, and the other a peaceful culmination of all of the beauty you have experienced so far.  The road not taken.  The choice is yours.  Make it, and don’t look back. 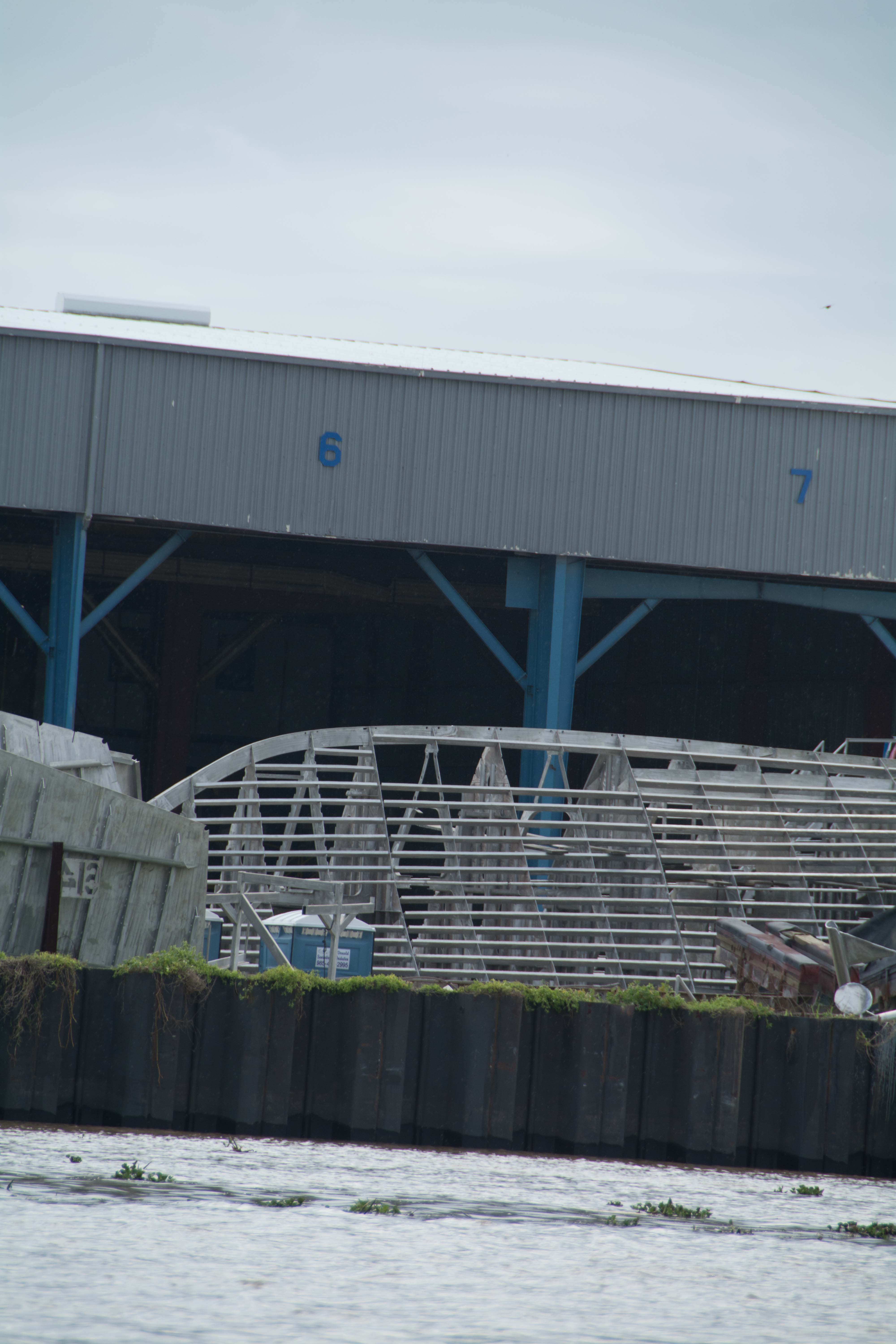 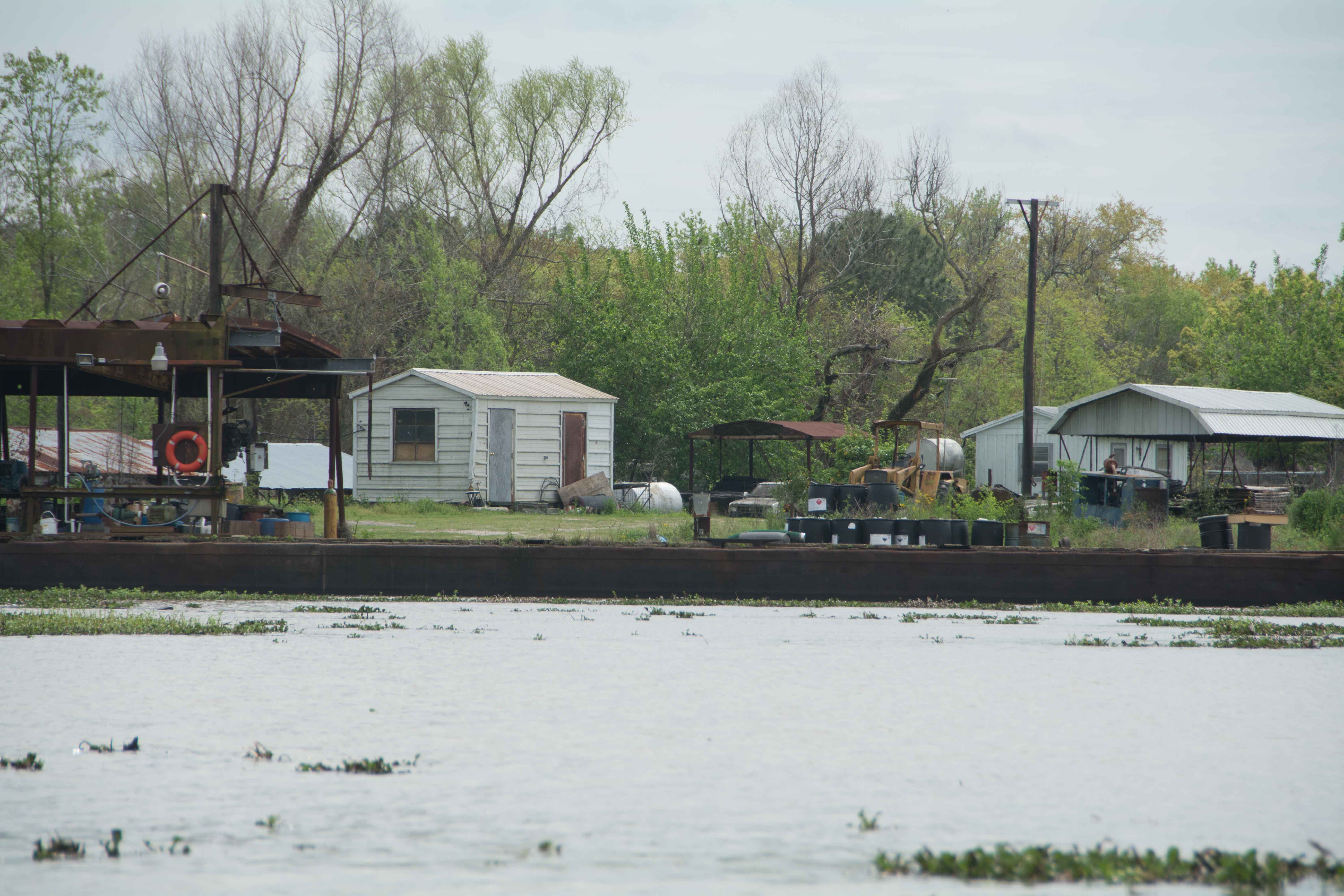 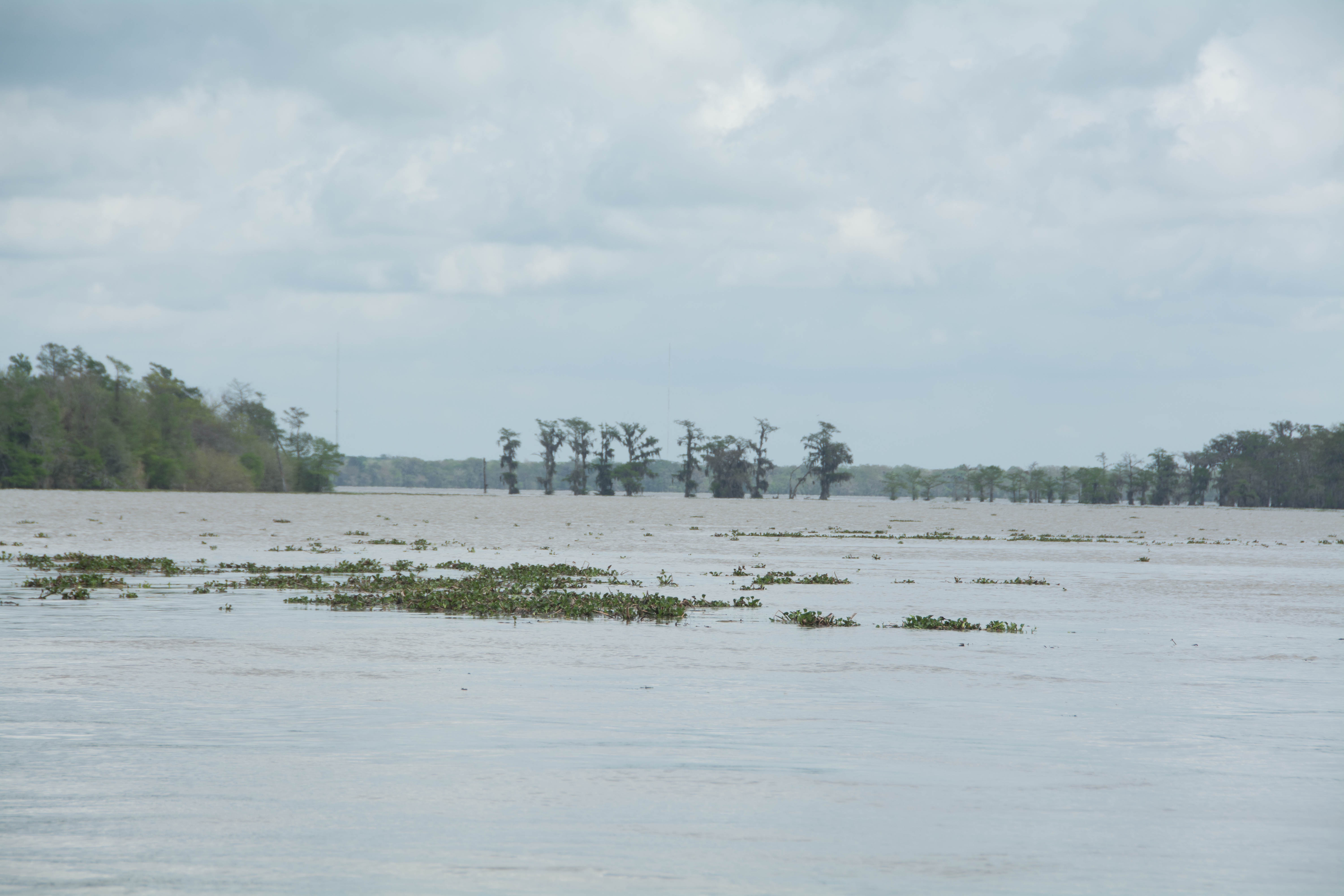 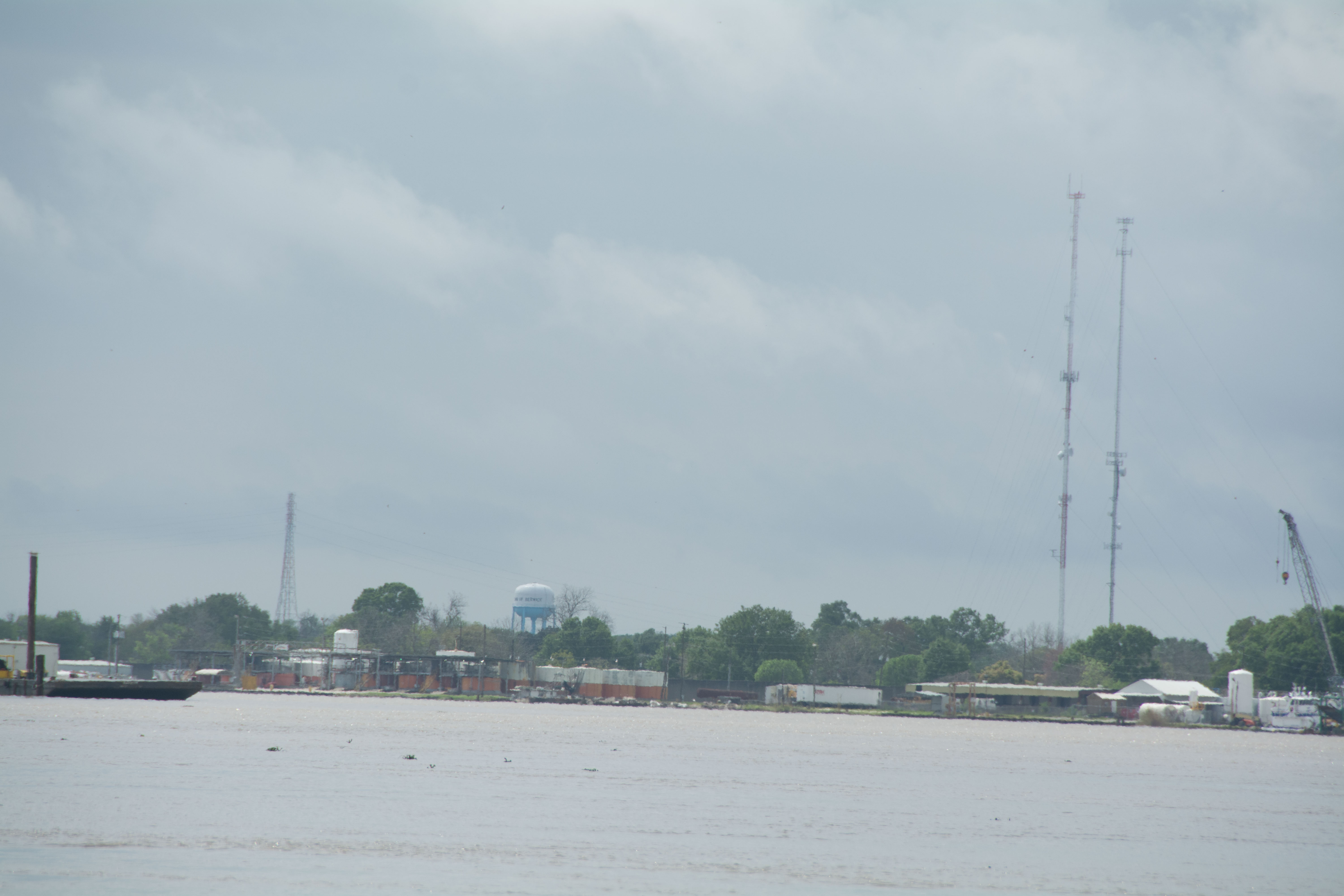 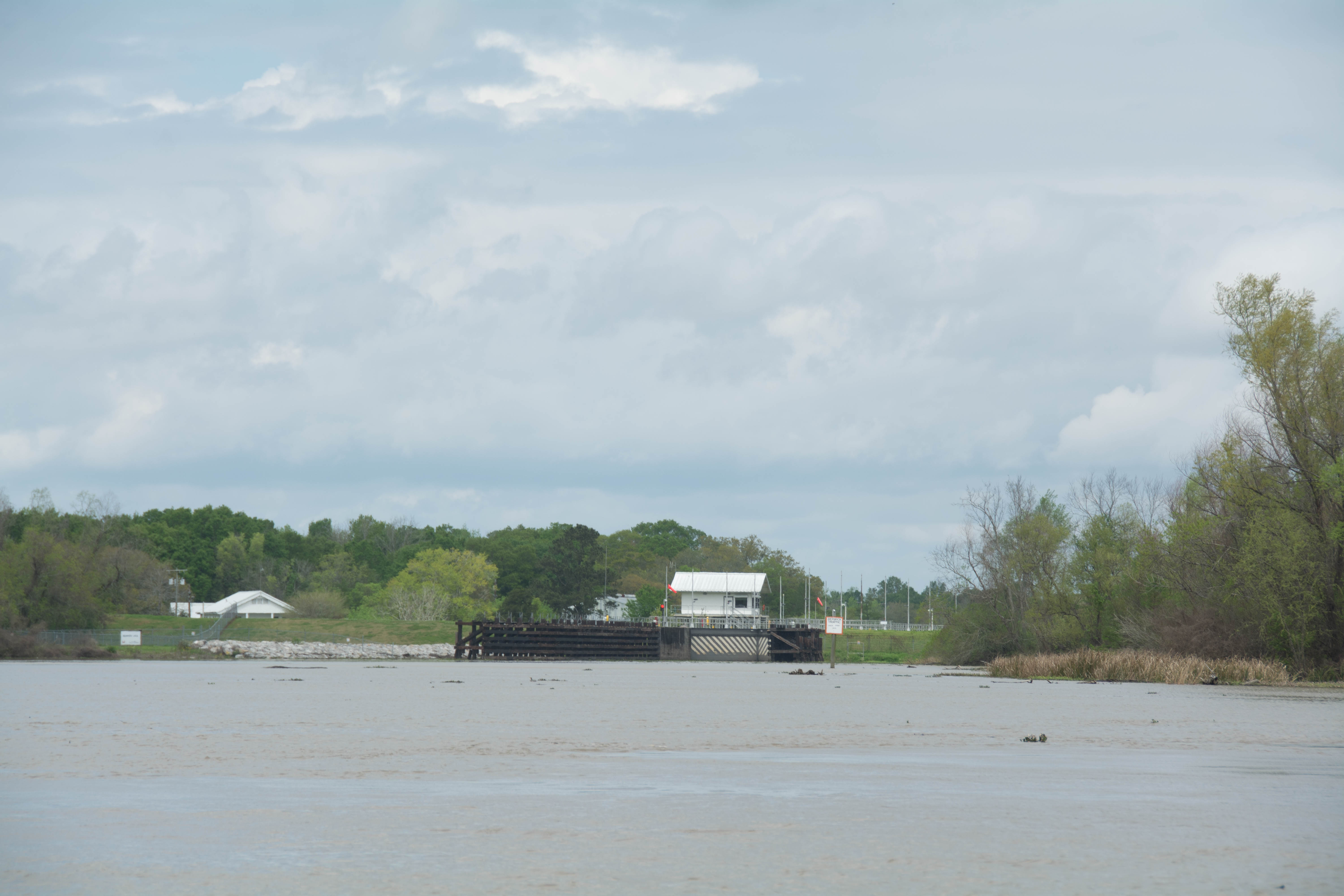 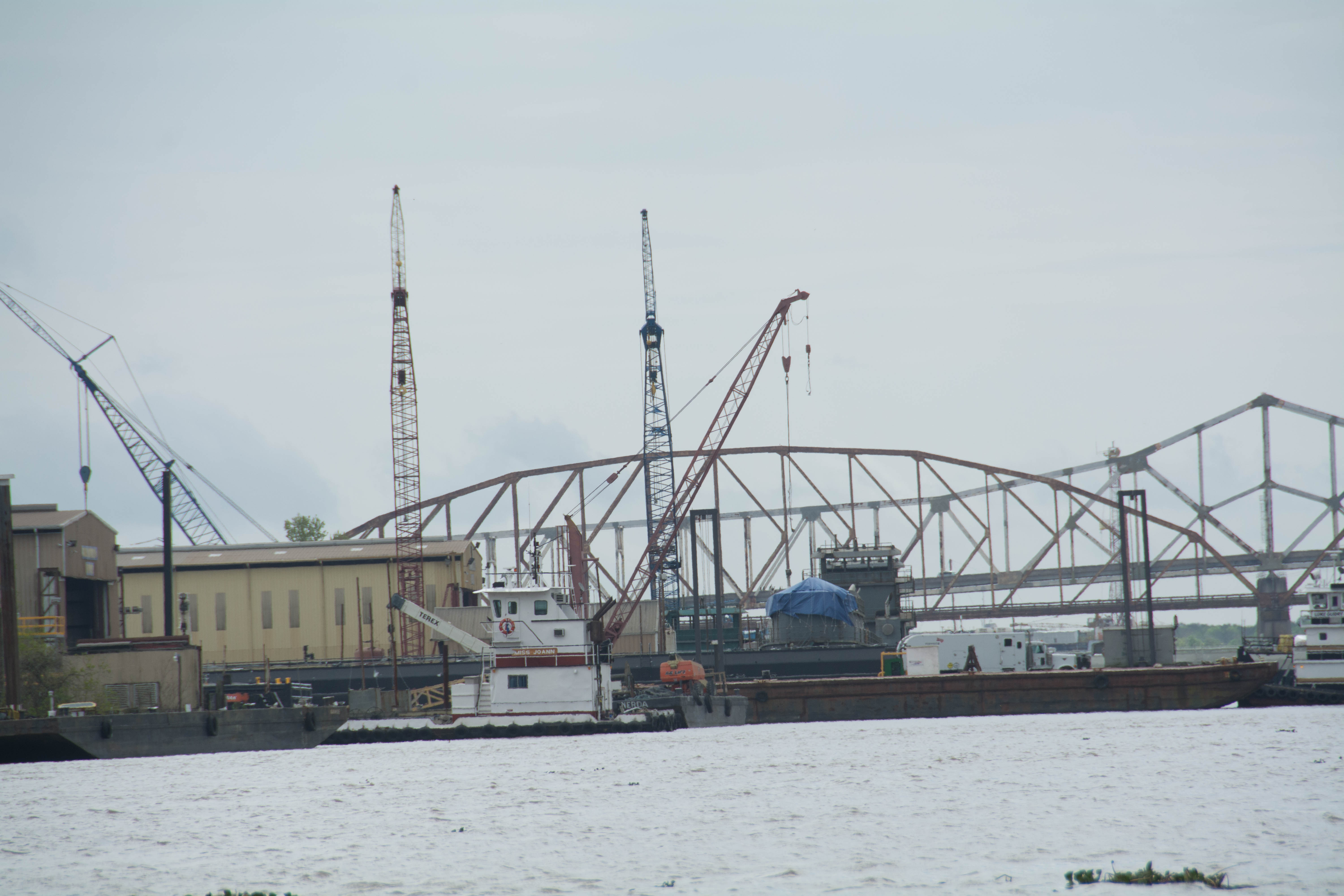 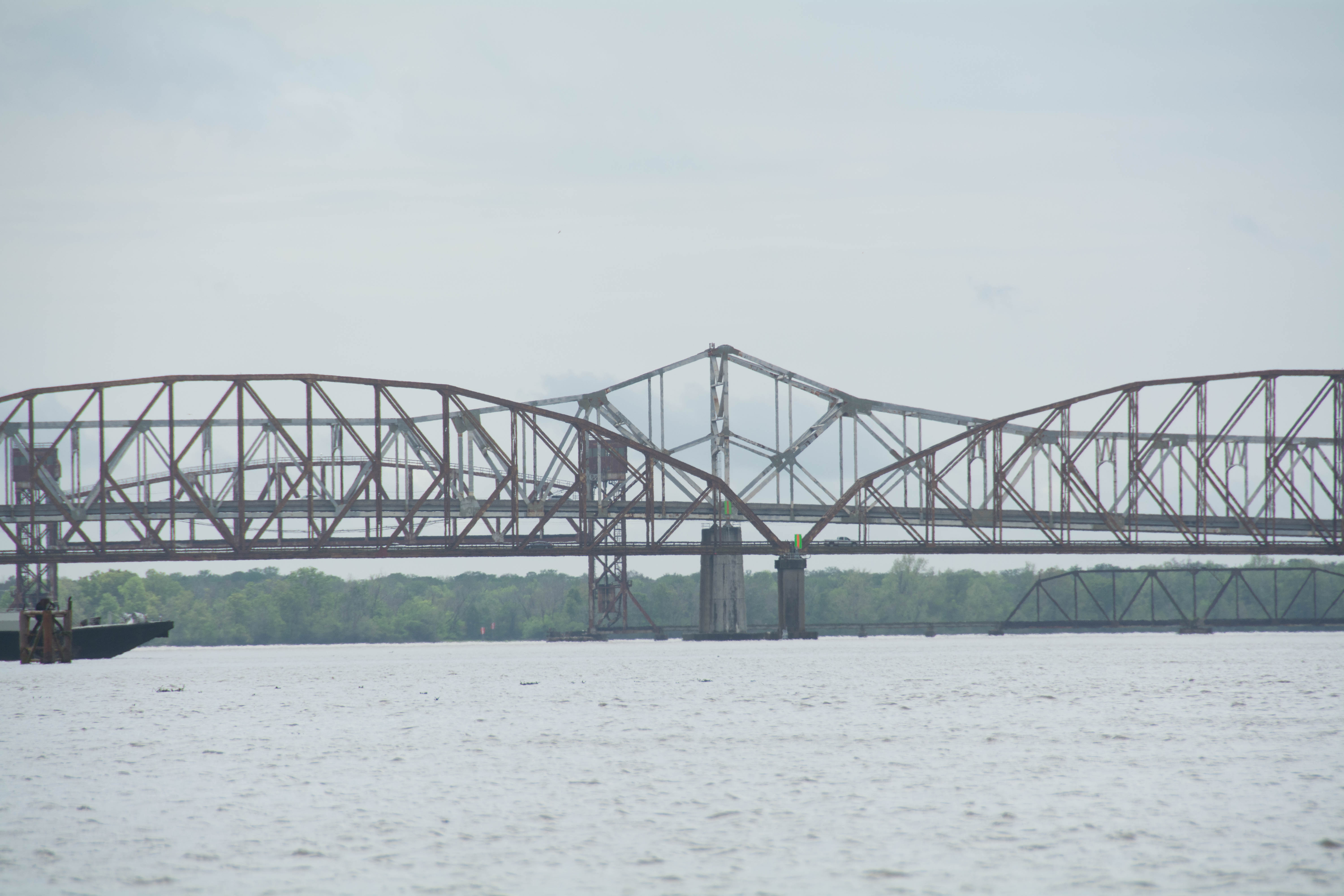 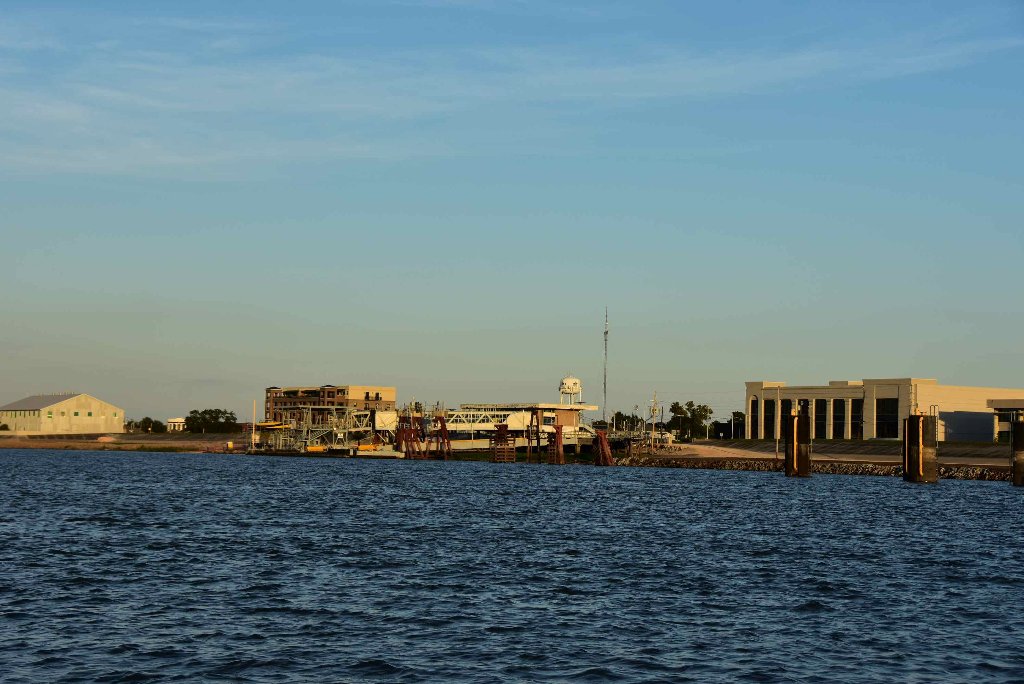 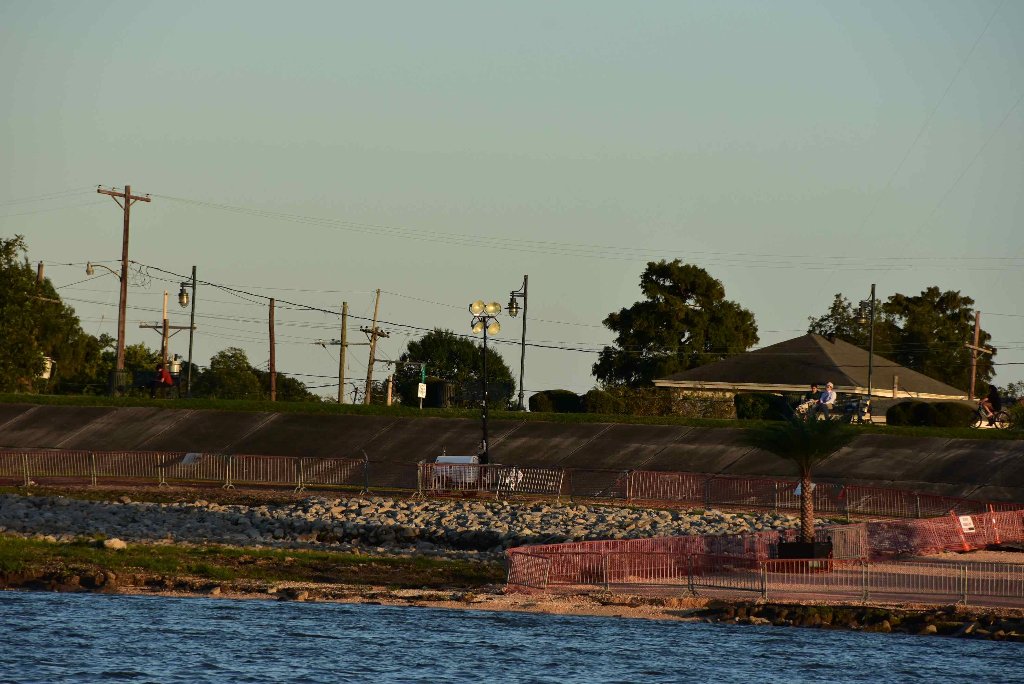 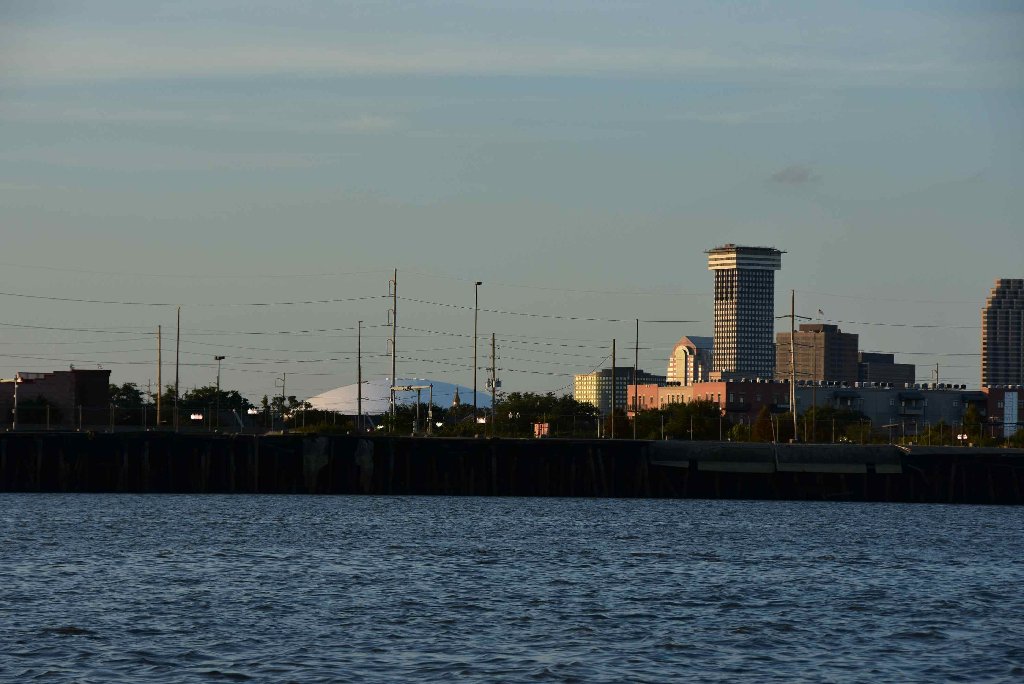 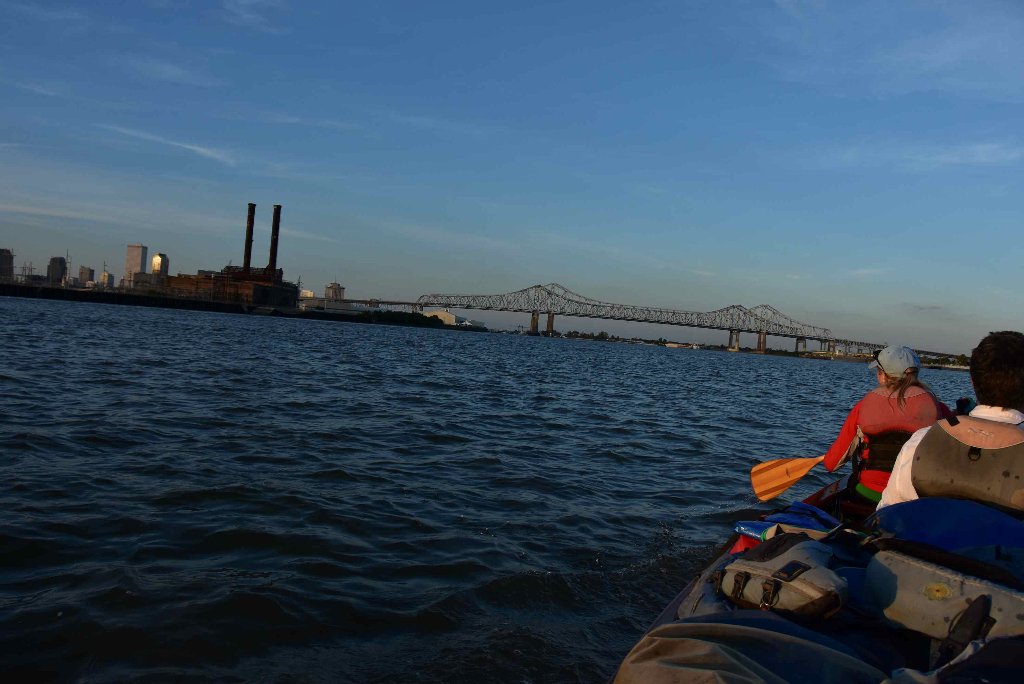 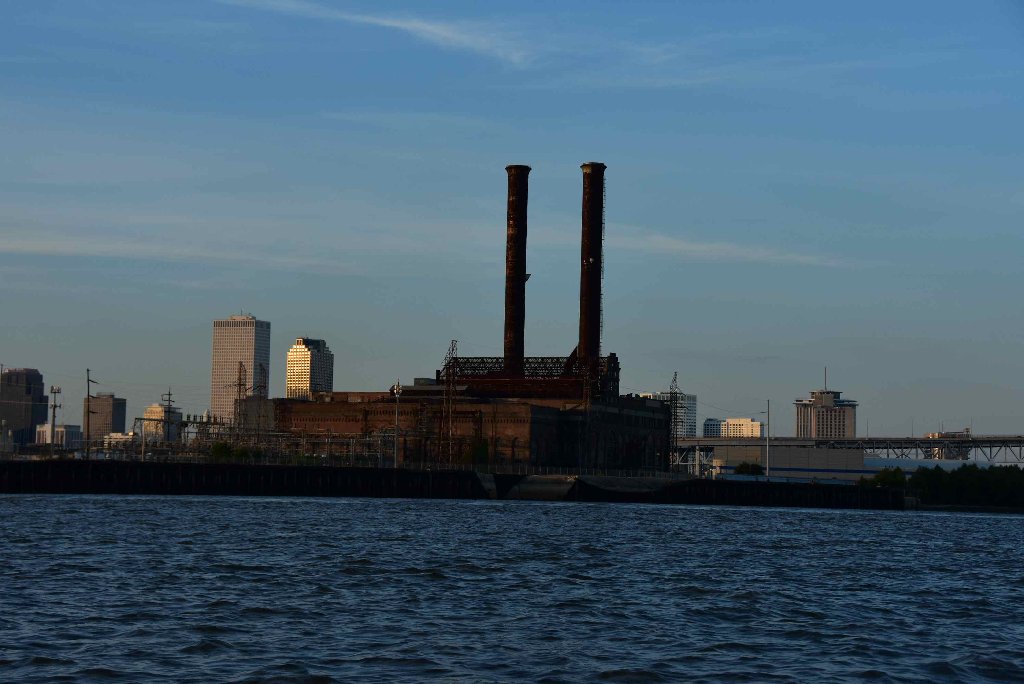 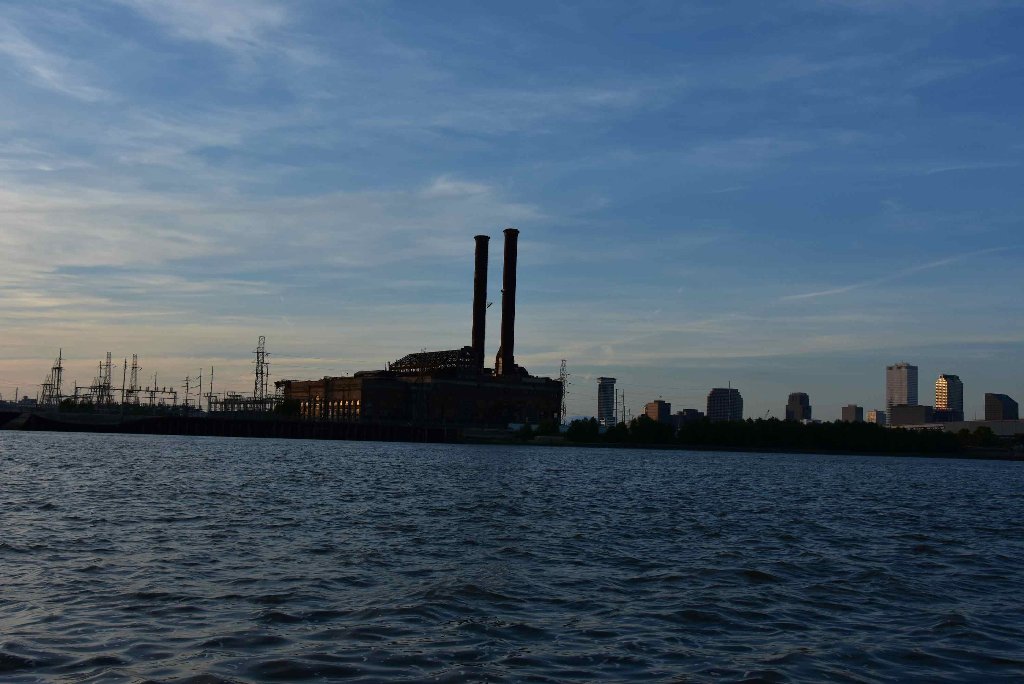 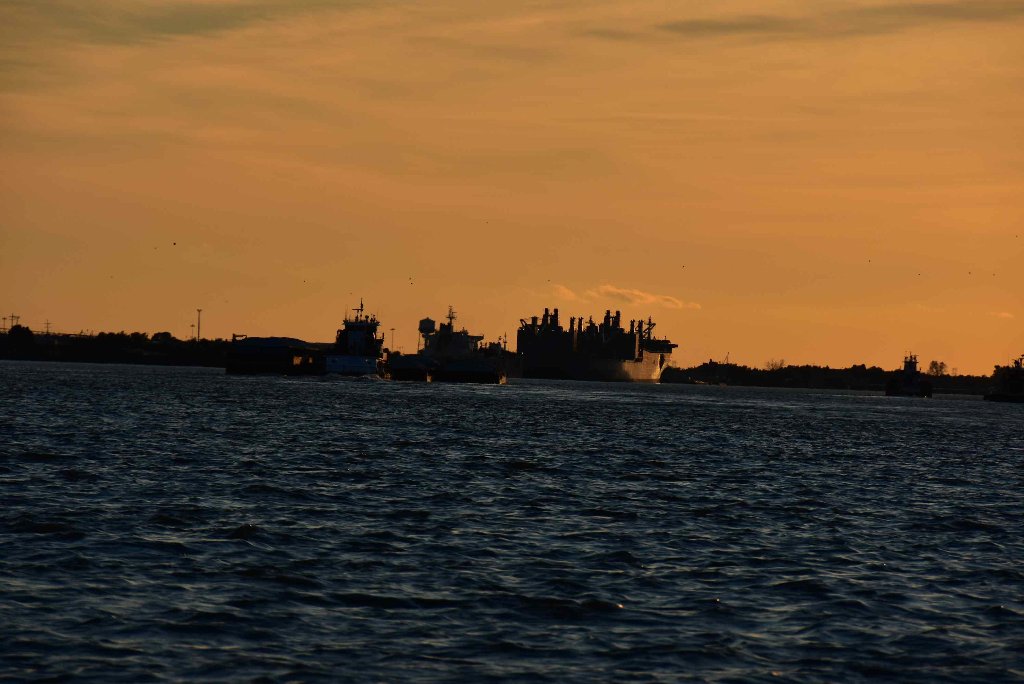 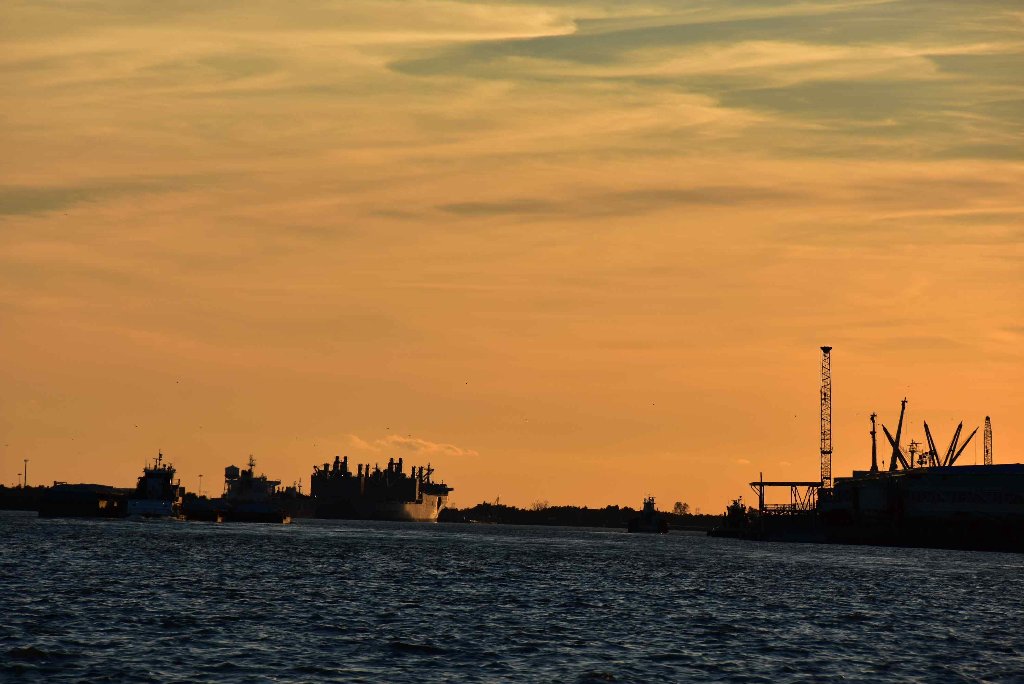