The Joy of Reaching the Gulf

The main channel of the Atchafalaya is the most popular route to complete the river.  Imagine: it’s a calm day as you joyfully paddle down the full extent of the Atchafalaya River about 25 miles below Morgan City, and now you are at the long beach on Melanie Island, something you would not be able to attempt in high winds or rough seas.   As you paddle past the last beach you will find yourself deep into the Gulf of Mexico with the full feeling of the ocean around you.  Land is now a long line of green behind you, to the North.  You are there.  Nothing now between you and South America.  If you were a songbird making its annual migration, you would feel similar elation.  Congratulations paddler!  You’ve made it!  Flocks of brown pelicans, white pelicans, terns, sheerwaters, and other shore birds seem to share in your joy laughing and screaming and crying over the water and waves.  You might see dolphins leaping along with your bounding heart and participating in the happiness and satisfaction of completing the long journey.  Turn around only when you have fully delighted in the pleasure of the finish line, and paddle back the same way you came, or head in at a diagonal to one of the nearby beaches.  If it’s a calm night, you can enjoy a night of camping on an ocean beach.  The last night of your month’s long odyssey.  You might as well drink it up to the fullest extent you can.  This opportunity will not come again easily for the remainder of your life.

Camping on the Gulf at the end of the River

Many Mississippi paddlers plan their last day as a round trip from Morgan City, usually involving a return trip via powerboat.  But why not slow down and spend a night or two at your much-anticipated final destination, the beautiful Gulf of Mexico?  It seems a loss to have paddled in and out of several months and several thousands of miles to miss this golden opportunity you have very dearly paid for!  Unless the wind is contrary, or there are incoming severe storms, or a hurricane, the Rivergator recommends adding at least one more camp to your itinerary, and that is a beach camp on salt water.  You can find suitable beaches on the aforementioned Melanie Island, as well as Plumb Island Point at the bottom of Location Island Pass.  There are other beaches as well.  You could also camp at one of the Atchafalaya Delta WMA Campgrounds.  Keep reading and make your preliminary plans for the grand finale of your expedition.

If you are uncertain about how to do it, and want some advice, here it is: the Rivergator recommends going down one of the big passes and ending on an ocean beach.  To us, the best beaches are the best places to properly celebrate the end of the greatest river in North America!  And these best beaches are found at the end of the major passes flowing outwards deep into the Gulf.  Ocean beaches only form in places that periodically receive big waves, so they tend to be found in exposed places, with open water views not obstructed nor protected by surrounding islands, peninsulas, or marsh.  These places are also most subject to high winds and extreme weather, so you have to be careful about deciding if it’s safe or not.  In general, if the wind is blowing 15mph or higher our of the south you should avoid these places, or prepare to be trapped on them until the wind shifts.  The best beaches are found at the end of the main channel on Melanie Island (145RBD), as well as Plumb Island Point at the bottom of Location Island Pass (140.2LBD).

Open Water of the Gulf?

Dear paddler, when you reach the ocean you are probably expecting to be rewarded with a wide open view with a refreshing clear-sight view over the face of the earth towards the Yucatan Peninsula of Mexico or Cuba.  You will have at least on disappointment here.  Don’t be dismayed when you discover that the ocean horizon is thick with derricks, platforms, wells, (and many abandoned relics of the same), and supply vessels and crew shift helicopters overhead.  This is a reality of the Gulf of Mexico, and is the same as the reality of the coastal marshes, and the same as the reality of the Atchafalaya Basin itself: this is a wildlands dissected and bisected by the wells and pipelines of the thirsty petroleum industry.

1) the wind, 2) oncoming storms, 3) river level, and 4) hurricanes.  Hurricanes: If there are any approaching hurricanes, you will need to carefully monitor their progress towards shore, and make some quick decisions before approach.  There will be no dry ground, and you will possibly experience a big scale tidal surge in the presence of hurricanes.  It would be best to either “hit & run” in one day, maybe down a pass close to Morgan City such as Shell Island Pass, where you can  quickly turn around and get back, or get a ride back with powerboat.  Or, maybe wait it out.  Or call your journey complete wherever you are at.  I think its needless to say, but do not go past Morgan City if there is any hurricane within one day of making landing anywhere within 200 miles of the Atchafalaya River Delta.  Also, keep in mind that hurricanes circulate counter-clockwise.  The off-shore (southerly) winds will be worse with any hurricane west of the Delta.  This will result in high storm surge.  Camille produced the highest ever waters ever (in nearby Venice with a storm surge of 9.11 feet on the Venice Gage).  During Katrina, which crossed over the Birdsfoot Delta and into the mouth of the Pearl River, the storm surge was 28 feet in places (further inland).  On the other hand, the on-shore winds (northerly) will increase for any hurricane to the east of the Delta (while the tidal effect will be greatly diminished).

Getting back to Land

There are many choices for your return trip back to land, to meet your ride, or get back to your car.  If you left your car or are meeting a ride in Morgan City you could paddle back up the Atchafalaya.  But if the wind and weather conditions are favorable, you could also paddle across the bay over to the Wax Lake Outlet, and then follow any one of the many bayous and canals back up to the Intracoastal Waterway for a takeout in Berwick/Morgan City.  There is a campground maintained by the Atchafalaya Delta Wildlife Management Area in the top middle of the Wax Delta.  So you could paddle across the bay, camp a night, and then paddle out the next day.  That route would make an adventure all in of itself, with great animal and bird watching along the way.  But be ready for hard paddling, especially in high water levels.  If you happened to be paddling the annual Spring Pulse, which sweeps through the Atchafalaya in March, April, sometimes May, you might be doing some very strenuous upstream paddling indeed.  But many paddlers have done this before you, and many more will follow.

Here’s a possible scenario for this return trip: 1) paddle down Shell island Pass to Bay.  2) Paddle across Bay.  3) Paddle up East Pass (or any of the other passes) into the heart of the Wax Delta.  Locate WMA campground at top of Camp Island, the highest Island in the Delta.  4) Enjoy beautiful camp.  5) Paddle up any one of the many bayous or canals back to Intracoastal Waterway.  6) Follow Intracoastal Waterway to Berwick/Morgan City Boat Ramps.  Note: Use the WMA Atchafalaya Delta Map to help visualize this route. 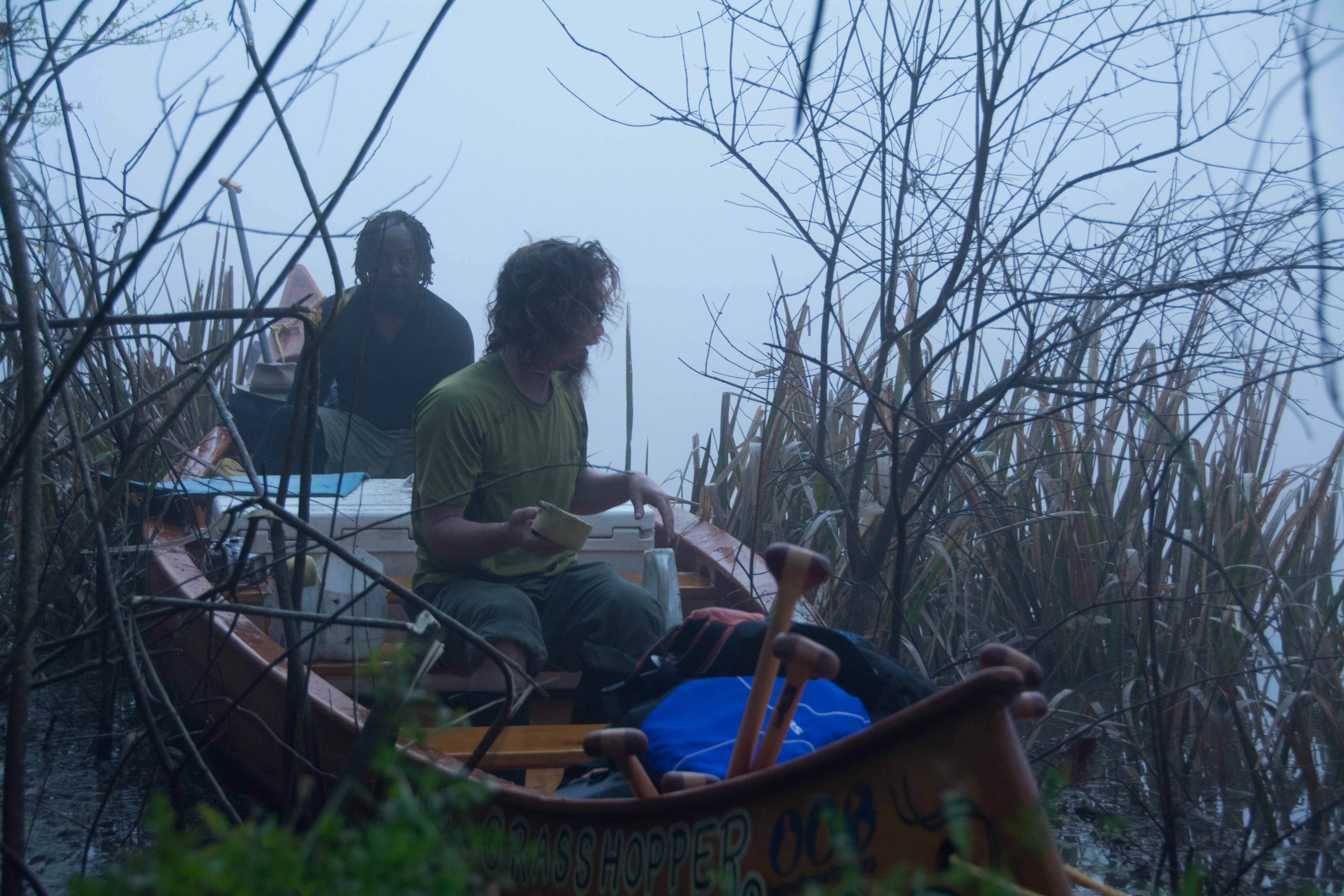 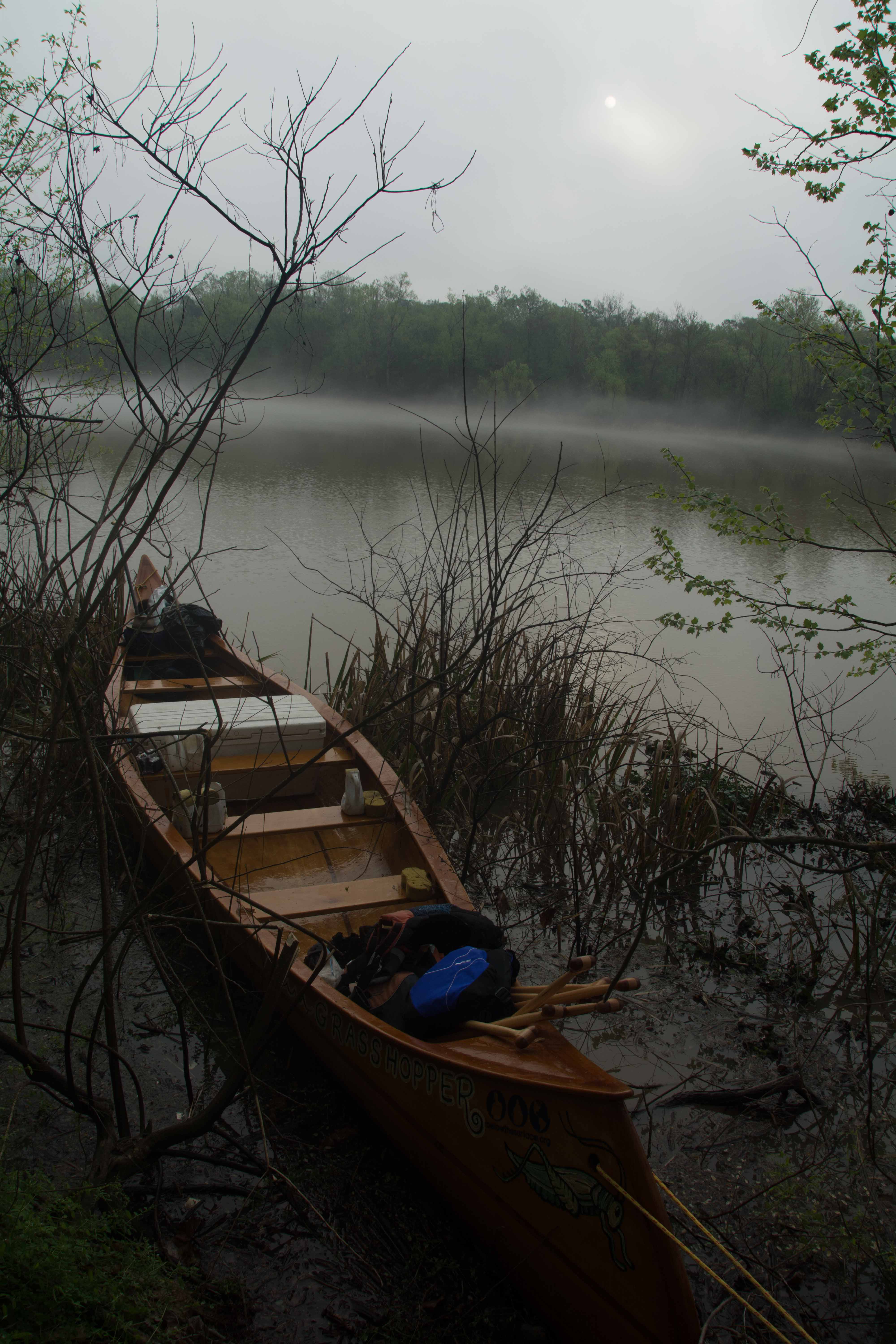 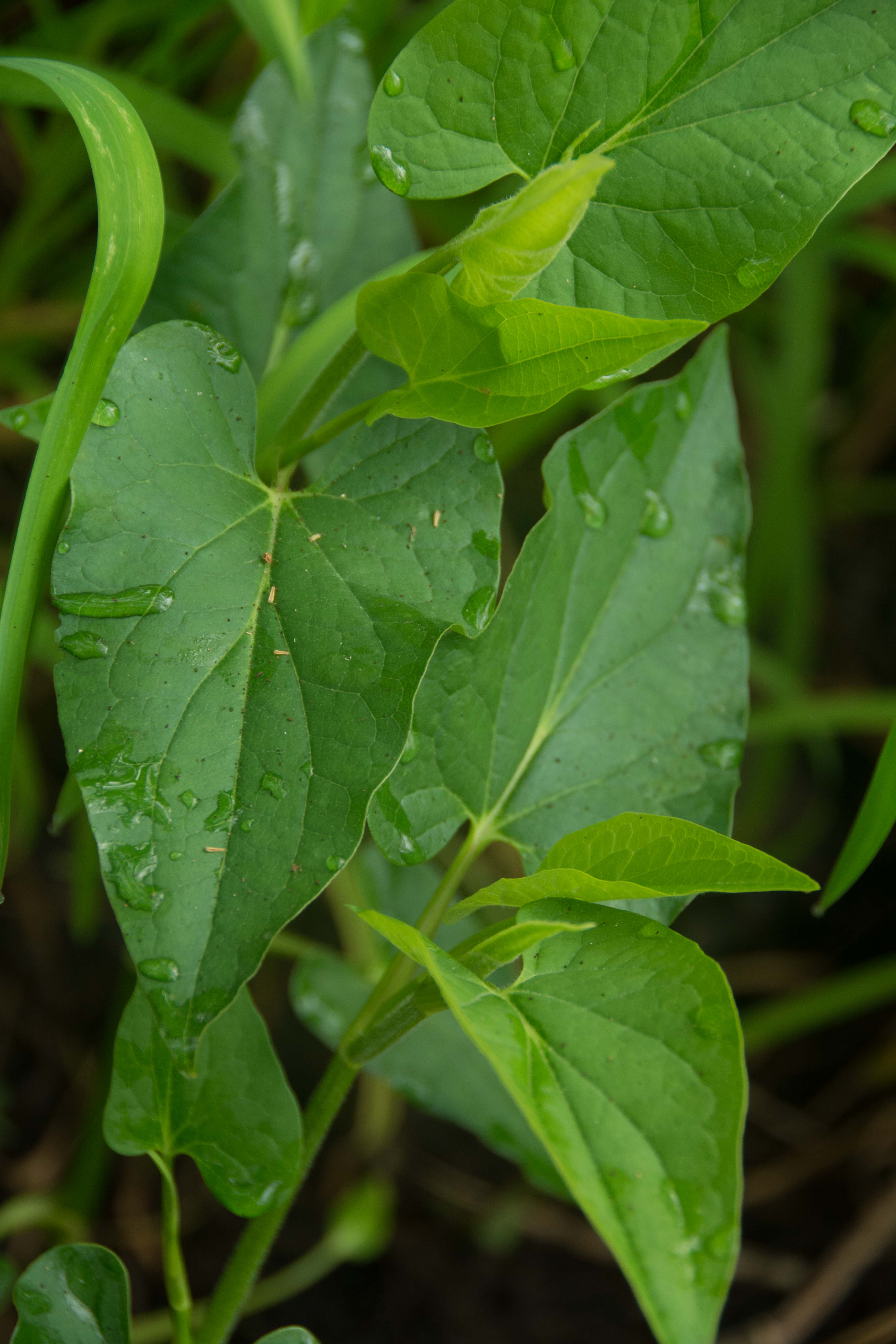 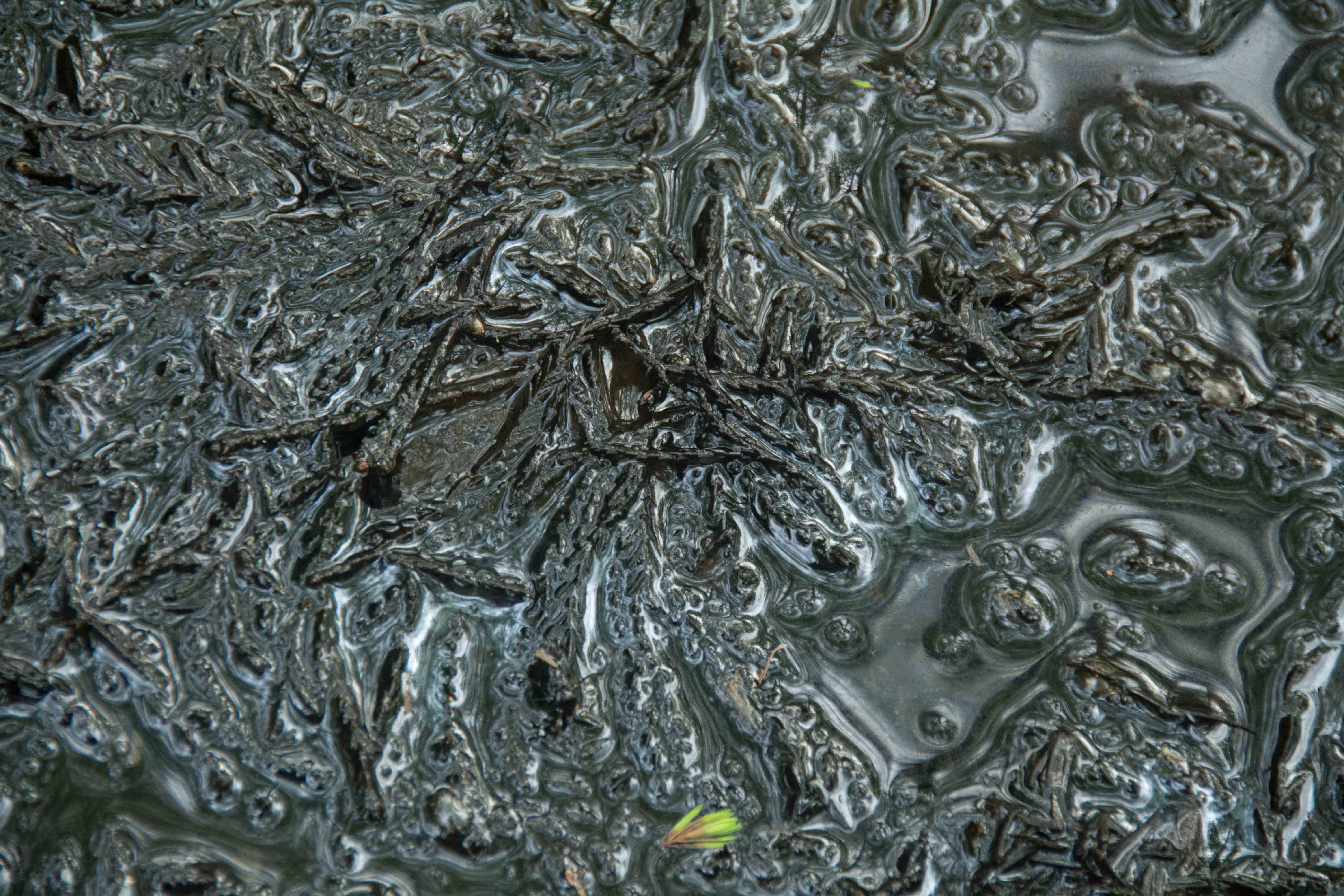 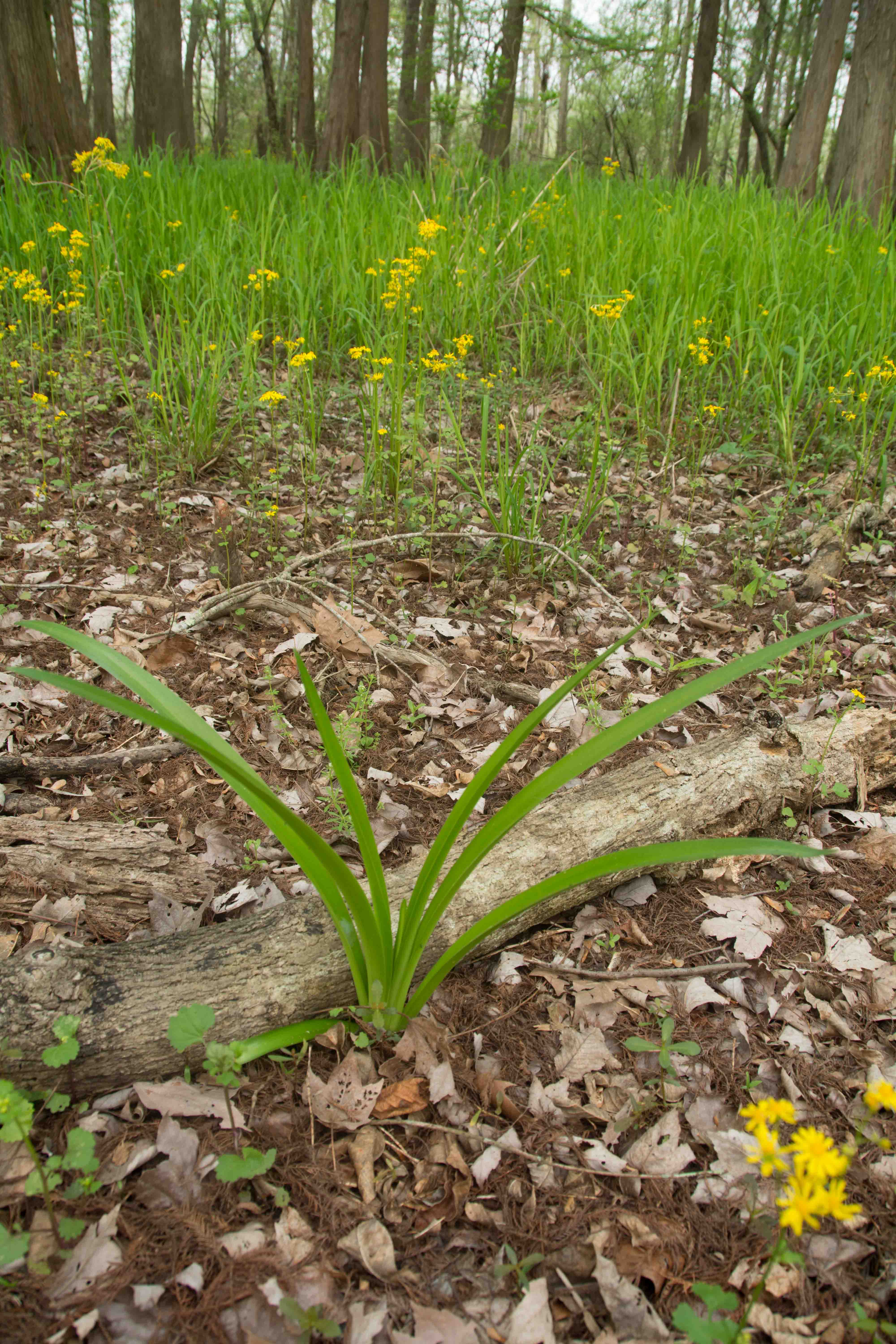 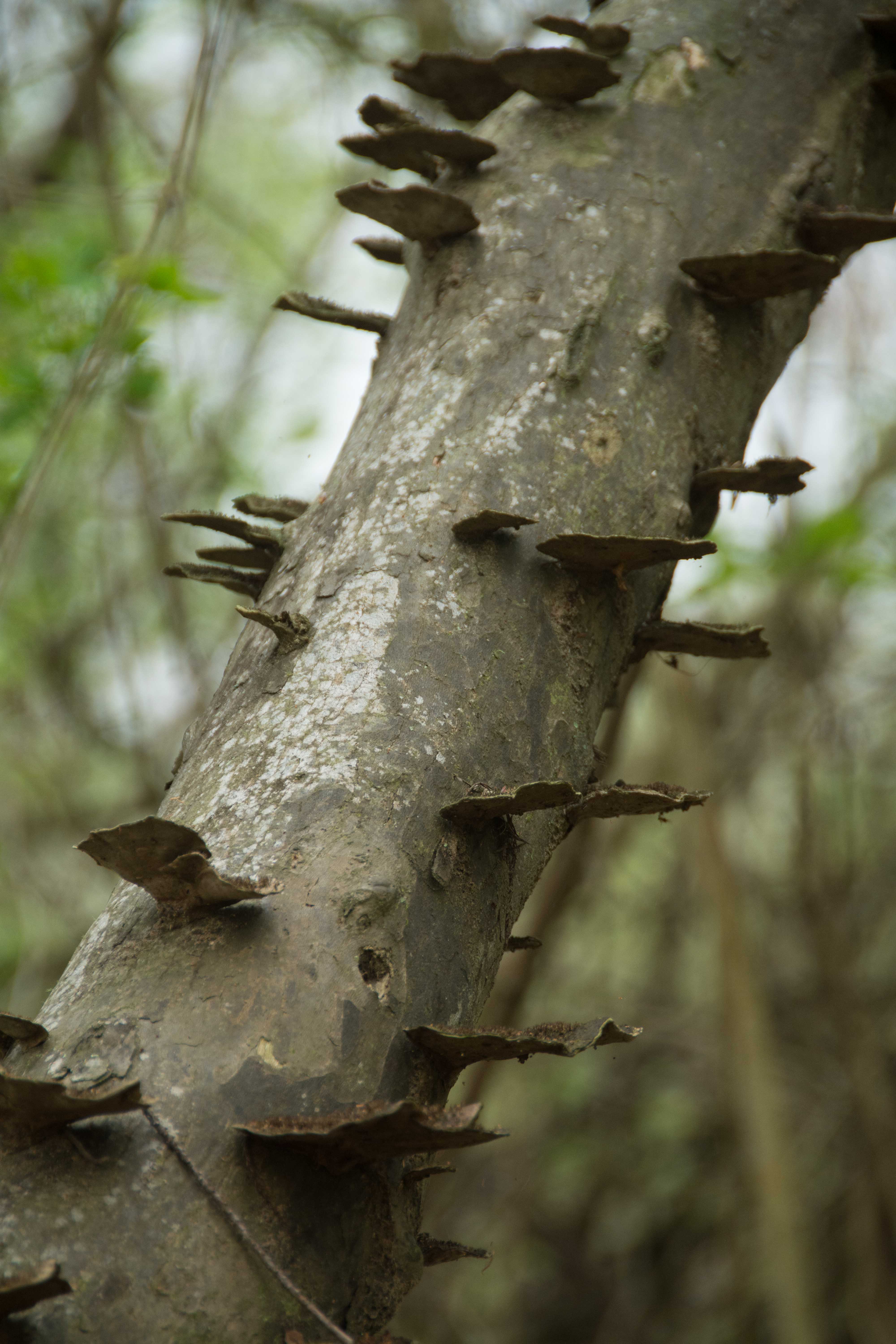 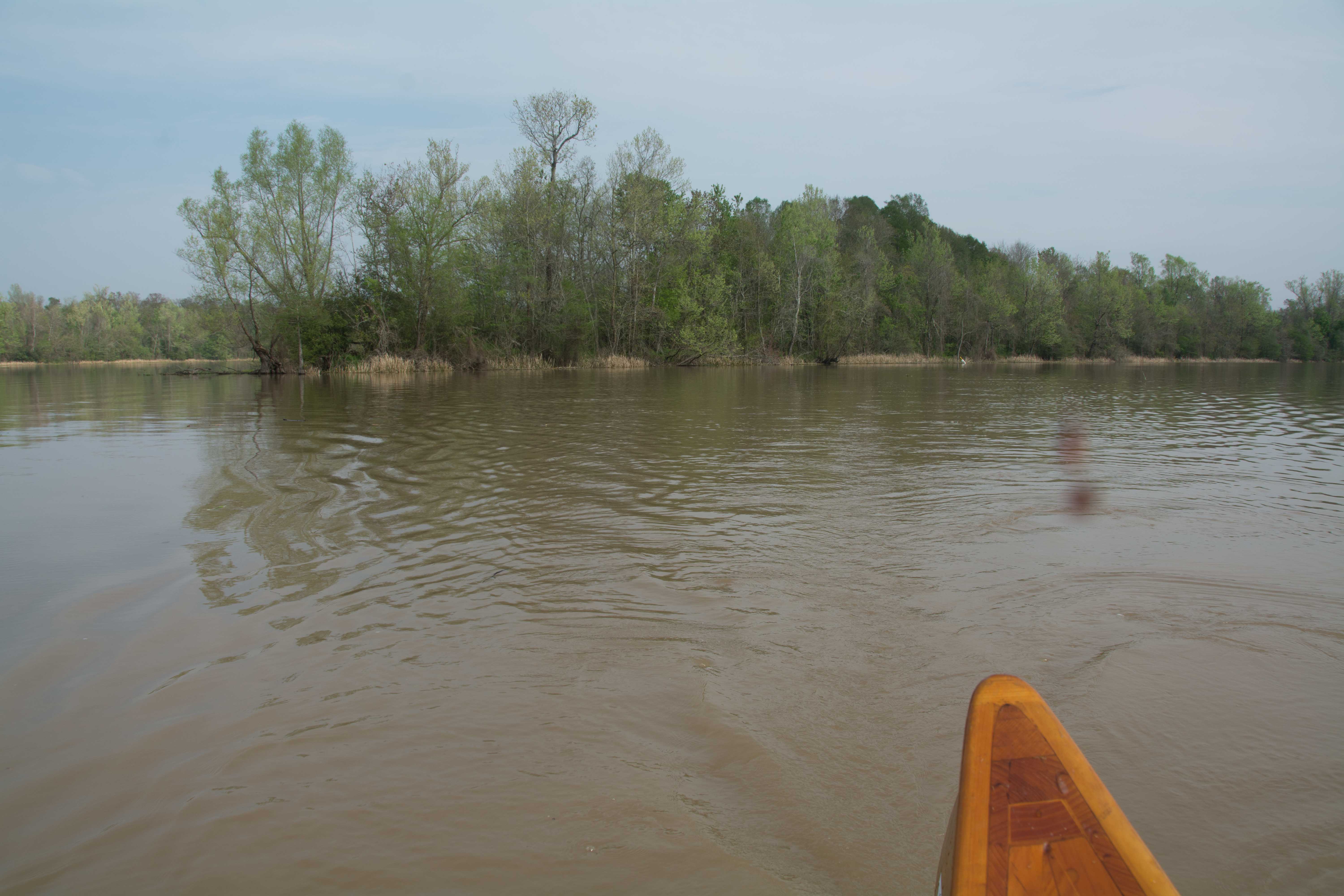 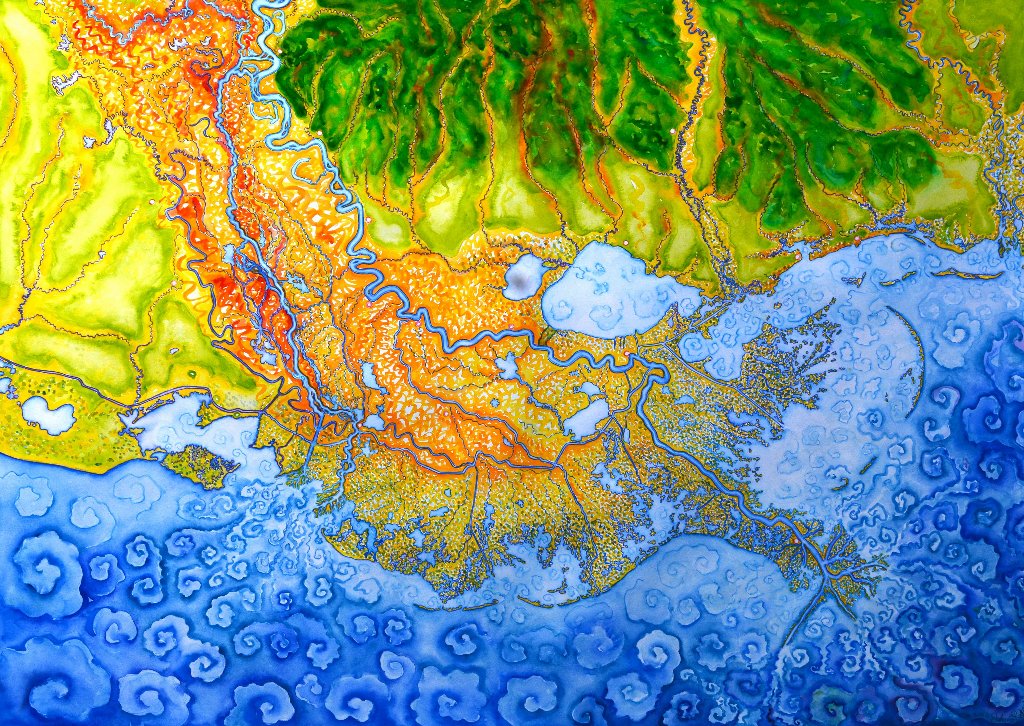 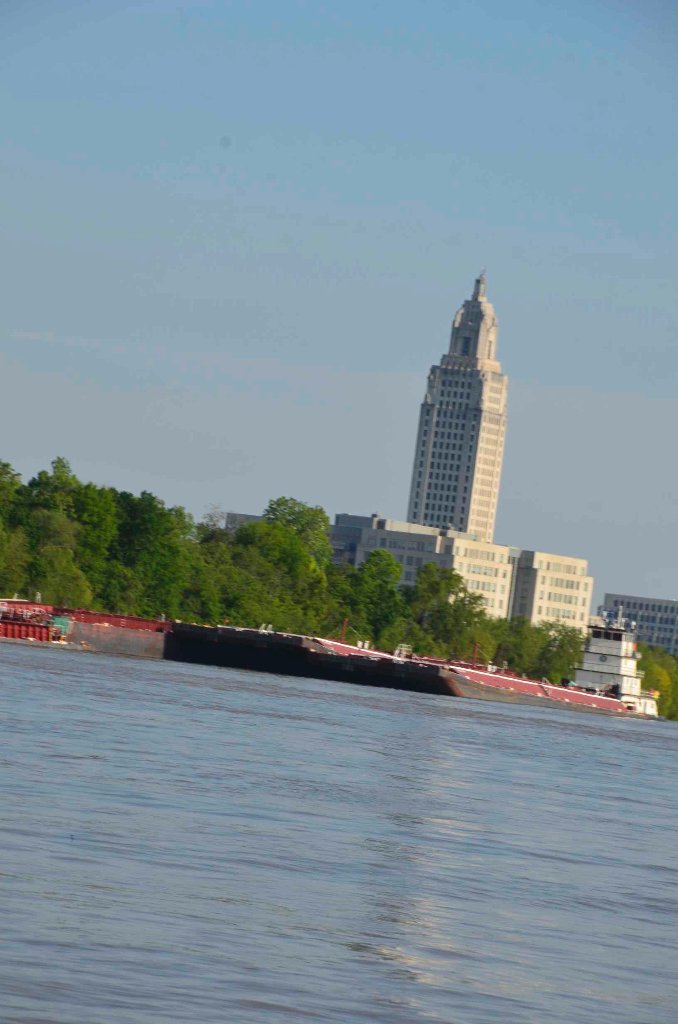 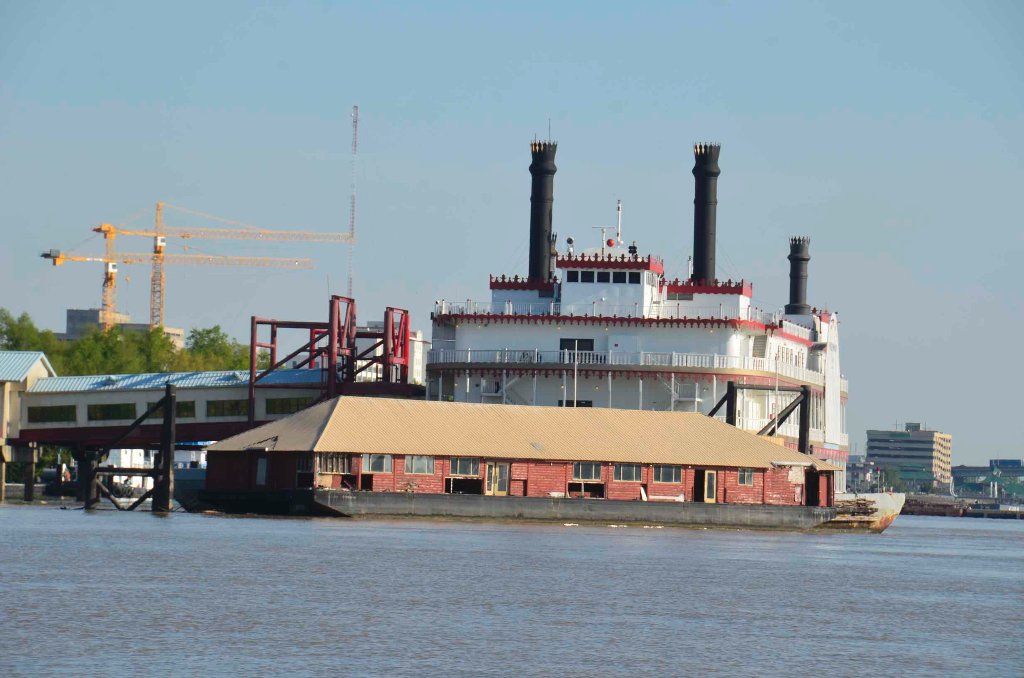 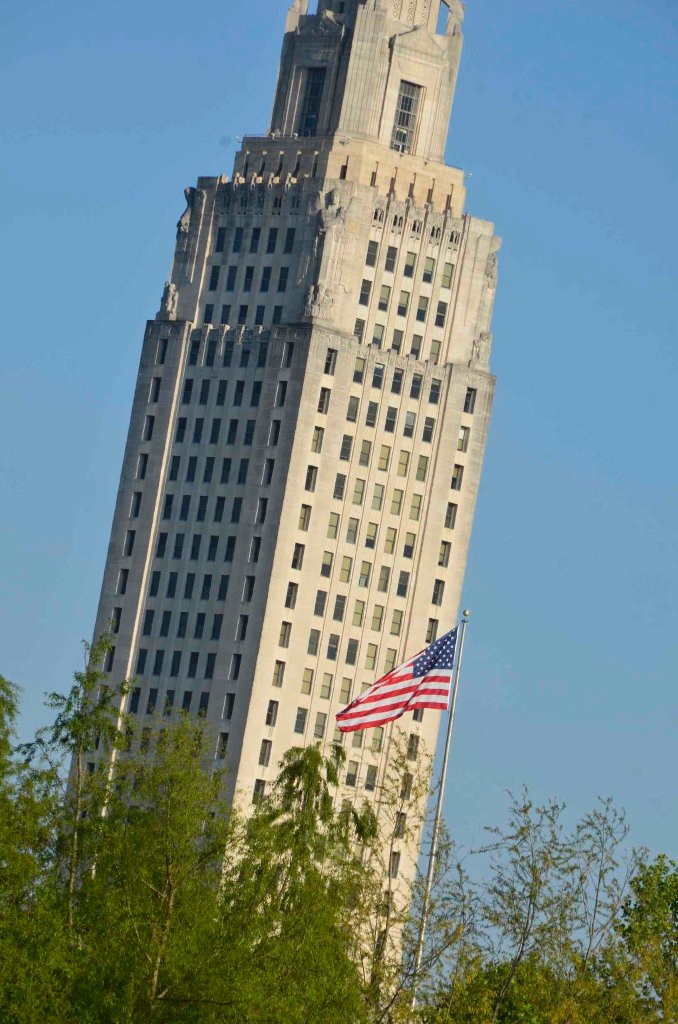 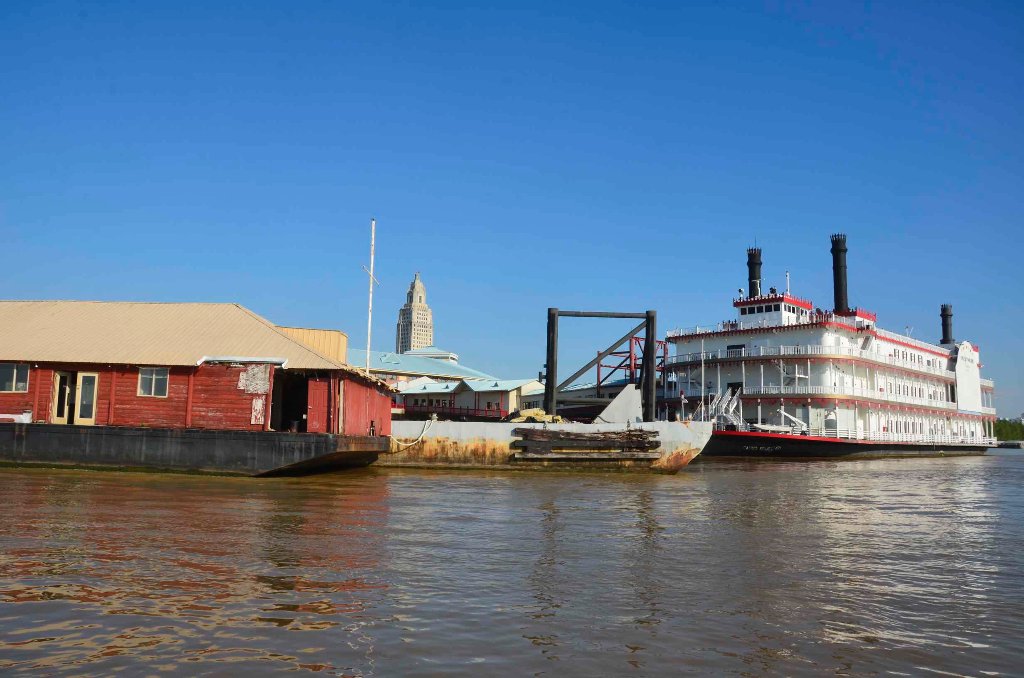 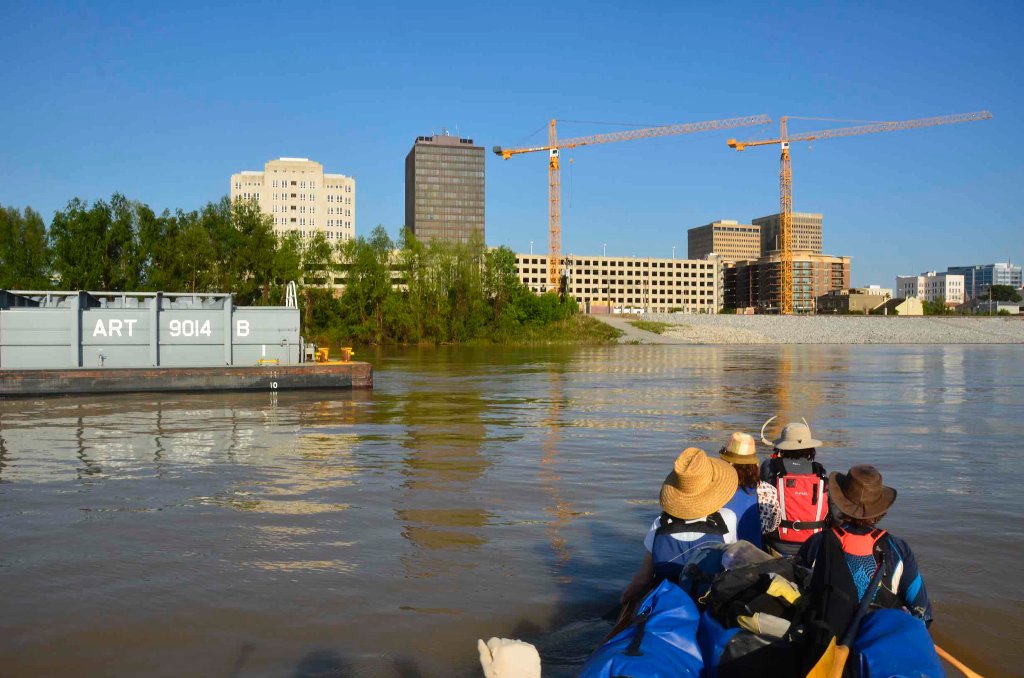 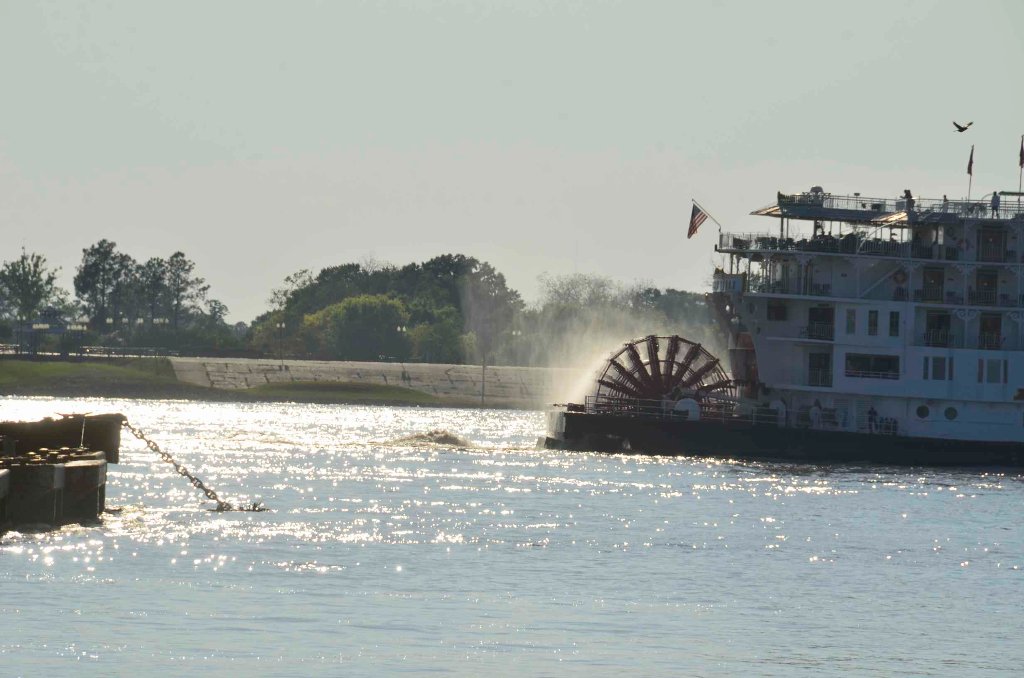 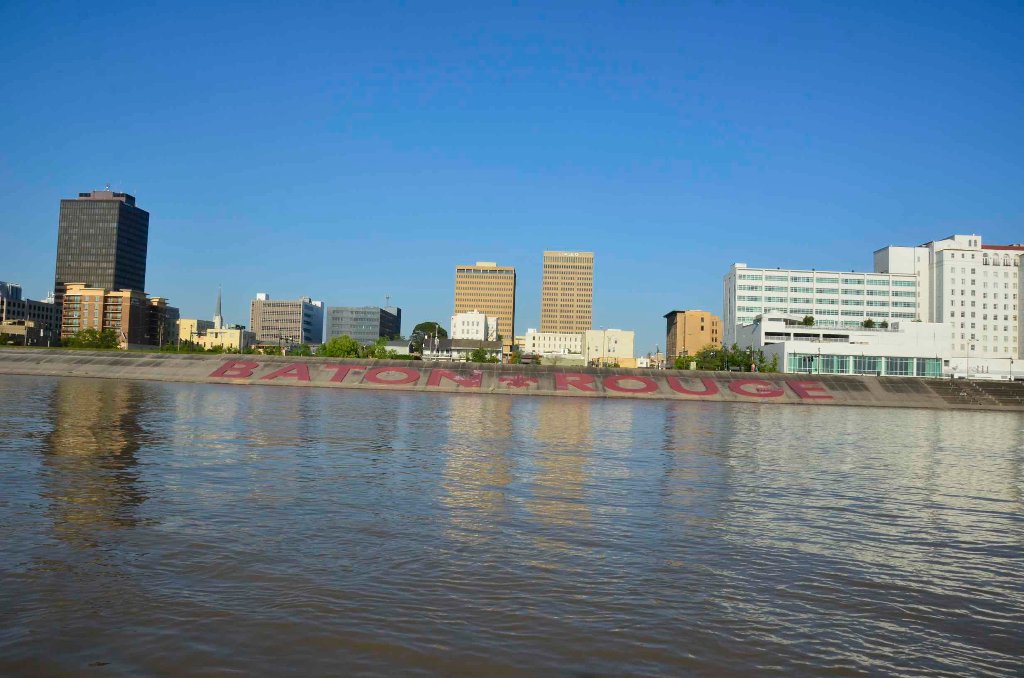 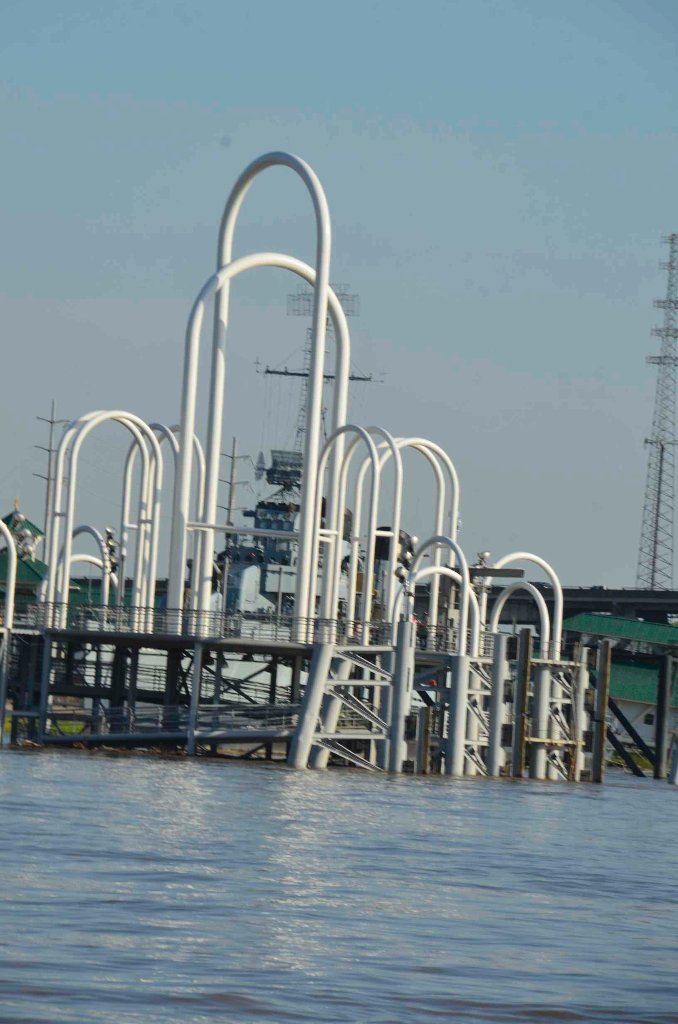 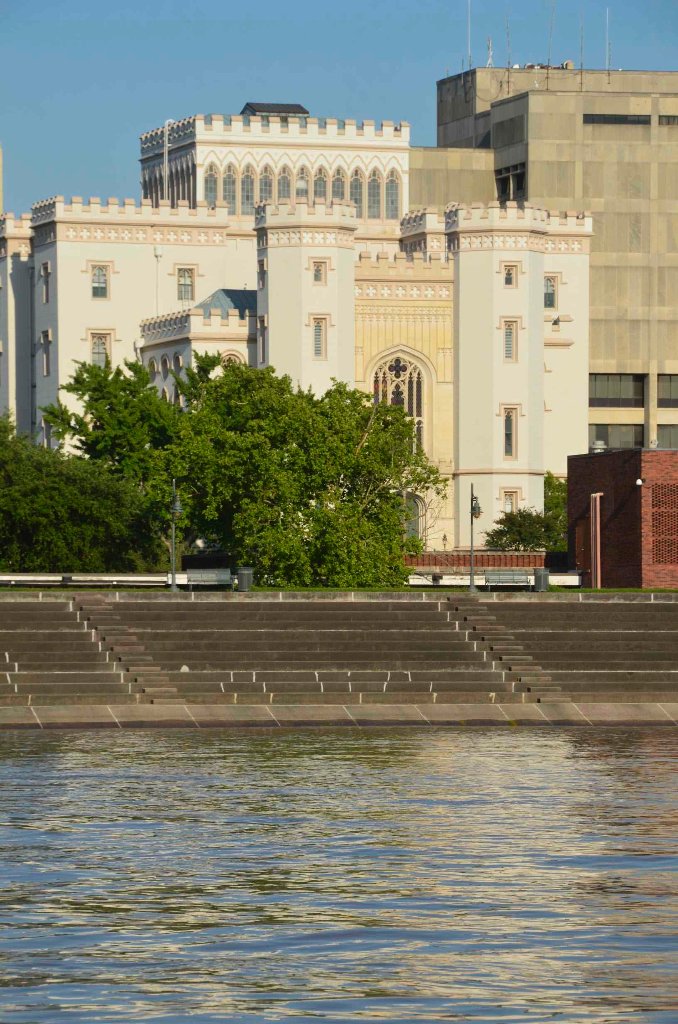 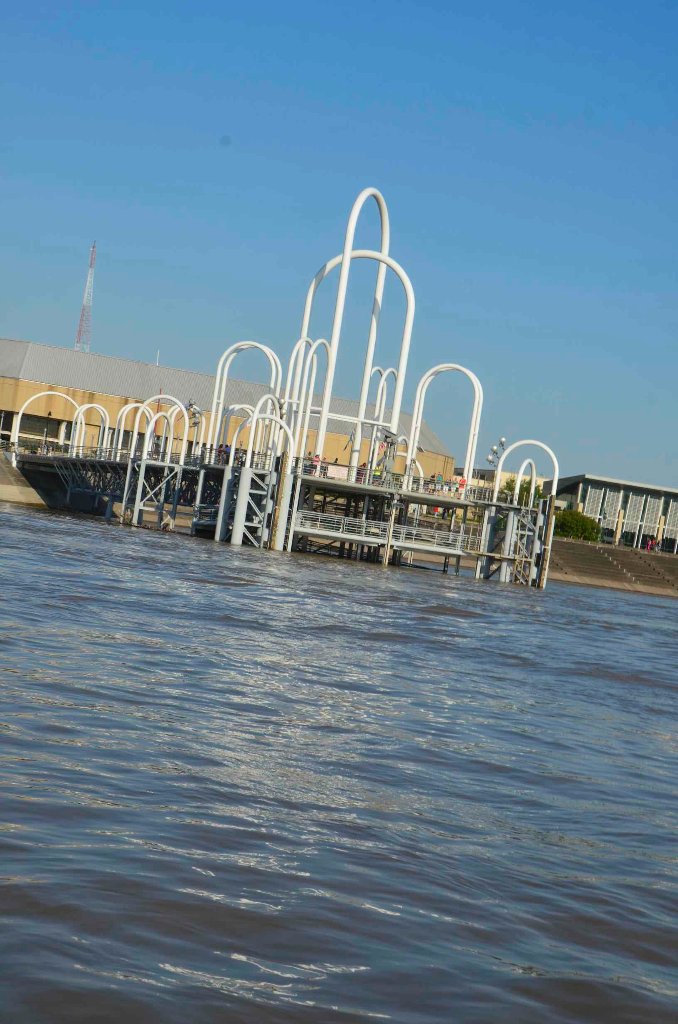 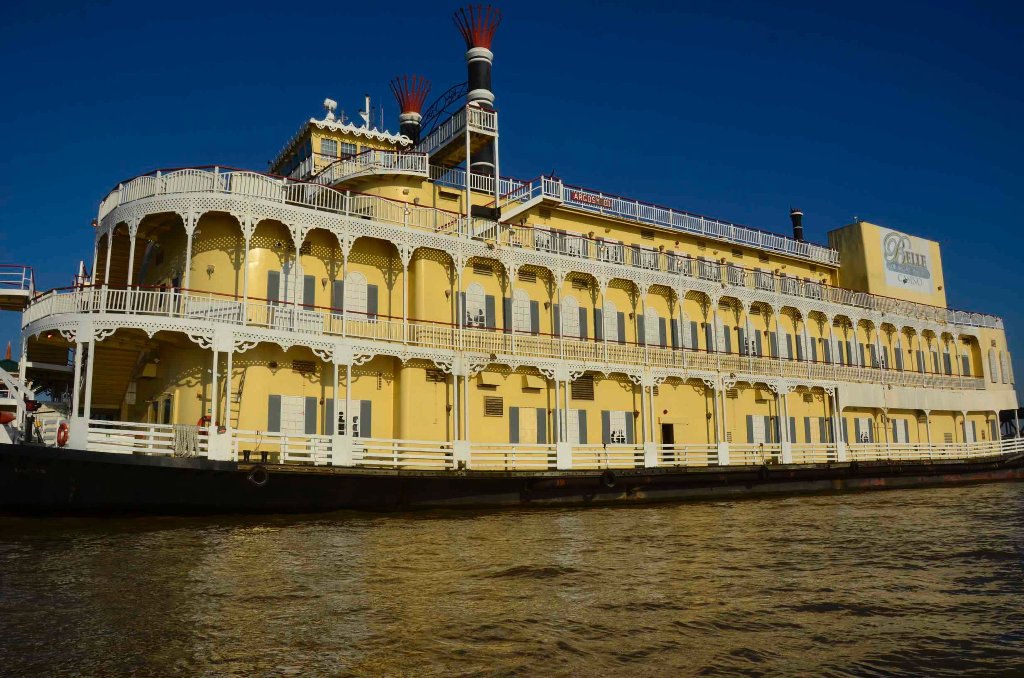