The history of Krotz Springs as a community begins at the turn of the century with the coming to St. Landry Parish of Col. Charles W. Krotz. C.W. Krotz was born in 1856 in Defiance, Ohio and arrived in this area in 1899. In 1900 Col. Krotz drilled the first oil well in the Parish (possibly the first in the state). At 2400 feet, instead of striking oil, he struck an artesian well of terrific pressure. Undaunted, C.W. Krotz bottled his water and touted Krotz Springs as “The Coming Health Resort of the South.” Krotz formed the Krotz Springs Mineral Water Company to market his artesian water. Krotz claimed the water was good for many ailments, including stomach, kidney and bowel trouble and indigestion. He claimed it would cure rheumatism, would dissolve and remove gall stones and gravel from the bladder and was a cure for malaria. He called it the “finest bathing water in the world.”

Krotz also formed the Krotz Springs Hotel Co., Ltd. and began selling lots in the area. The first lots were sold for $100 according to a 1909 map of Krotz Springs. After the first 100 lots were sold, lots would only be sold for $150 to $200 according to his advertisement. Being the entrepreneur that he was, he also offered terms to suit purchasers. Determined that his community would have a school, students first attended class in a one room “section house.” Many felt that Krotz’s attempt at a school was a foolhardy venture especially with only 10 pupils attending. However, by 1909 there were eighteen or twenty families well established in Krotz Springs and the town began to take shape.

In 1909, the railroad came to Krotz Springs. The railroad crossing was completed over the Atchafalaya in 1910. It was said that it was largely attributable to Krotz’s management that the deal with the Gulf Coast Lines for use of the Krotz Springs Railroad Bridge was entered into.  In 1916 Krotz sold 5.65 acres to the Parish school board for $900. The School Board sold $12,000 in bonds to build the school in Krotz Springs. A two-story brick school was built on the site for the sum of $7,821. Krotz entered into an agreement to sell water to the school from his well for $50 a year for a ten year period.  In 1917 Krotz attempted to incorporate Krotz Springs. He had failed to incorporate it in 1915 under the name Latanier. The postal service had failed to accept the name for the community. A community of Latanier already existed in Rapides Parish. The name was changed to Krotz Springs and was officially incorporated as a village on January 6, 1917.

C.W. Krotz died December 17, 1925 and is buried in Krotz Springs in the St. Anthony Catholic Church Cemetery that he and his family donated in 1920. Krotz never lived to witness the event that would assure the survival of Krotz Springs as a community. 1932-33 brought the construction of the Huey Long–O.K. Allen highway bridge over the Atchafalaya River at Krotz Springs. It is said that it was through Col. Krotz’ untiring efforts that Route 7, known as the East and West highway was definitely determined on.

According to the Saturday, December 19, 1925 edition of the CLARION-PROGRESS, Opelousas, Louisiana, his obituary reads, “Col. C.W. Krotz in the face of great handicaps and difficulties won a high place at an early age in the business world. Deprived of a college education, he was nevertheless one of the best informed men in this area in business affairs and financial topics of national interest. He had a boundless and irrepressible faith in the Town of Krotz Springs and in the future and in the medicinal efficacy of the mineral water. He was a builder, a doer, a constructor, and it is wonderful to contemplate his accomplishments in view of this lack of funds and resources.”  (krotzsprings.net)

The Port of Krotz Springs is located on the Atchafalaya River at mile 47.5 below the juncture of the Atchafalaya River with the Mississippi River near Simmesport and 76 miles above the intersection of the Atchafalaya River with the U.S. Gulf Intracoastal Waterway at Morgan City.  The Atchafalaya River is maintained at a depth of 12 feet by the U.S. Army Corps of Engineers. At the port, the channel is approximately 1,000 feet wide, providing ample clearances for anchorage and fleeting.   The Port is located adjacent to State Hwy. 105  and one mile south of U.S. Hwy 190. The nearest rail service is 2 miles away and is provided by Union Pacific Railroad. The nearest interstate Highway is U.S. I-49 located 17 miles west of the Port. U.S. I-10 can be accessed off of U.S. I-49 or can be reached by traveling 40 miles east to Baton Rouge.

The Atchafalaya River is maintained at a depth of 12 feet by the U.S. Army Corps of Engineers. At the port, the channel is approximately 1,000 feet wide, providing ample clearances for anchorage and fleeting. Adjacent to the port area the depth of the river is 100 feet.  Businesses presently operating at the port include ALON USA, Bunge Corporation, Cabot Corporation, and Acadian Shell & Limestone. There are 300 employees working at the port complex.  Six docks are being operated at the port. Products handled are oil and aggregate. Current tonnage figures show 3.1 million tons of cargo handled at the port.  A new general cargo dock has been constructed. It is a T-dock 145 feet wide that extends 220 feet into the Atchafalaya River with a 25 foot wide roadway.  The Port has an annual gross revenue of $350,000 with an overall annual tonnage of 3.1 million tons, the primary incoming cargo being crude oil and primary outgoing cargo Refined petroleum products and aggregate. (krotzsprings.net)

Krotz Springs to the Split

The Atchafalaya River makes two big bends in the next 15 miles, and dives ever deeper into the bottomland hardwood forests of the mid-basin.  The levees open up below Krotz Springs, making for more batture along the river, and increasing the wild feel of the river.    The last of big agriculture is seen right bank descending several miles below US 190.  From here down to Morgan City there will be no more open fields, only dense forests, marshes, swamps, and waterways in between.   Coincidentally, this is also the beginning of the Atchafalaya National Wildlife Refuge, a giant NWR that sprawls over the east bank of the river for approximately 20 miles downstream.

Atchafalaya National Wildlife Refuge was established in 1984.  Its 15,000 acres are part of the largest bottomland hardwood swamp in the country.  This beautiful swampland offers a multitude of recreational options.  Hunting, fishing, hiking  and some of the best wildlife viewing opportunities in the country exist in the Atchafalaya Basin. The refuge is managed cooperatively with the Louisiana Department of Wildlife and Fisheries Sherburne Wildlife Management Area and the Corps of Engineers Atchafalaya Spillway Water Diversion Project.

Other Wildlife Species: White-tailed deer, eastern wild turkey, the spectacular swallow-tailed kite, and neo-tropical migratory birds.  Excellent opportunities exist for bird-watching on the refuge. The refuge was identified as a Globally Important Bird Area by the American Bird Conservancy. The bottomland hardwood forests and the mix of bayous, oxbow lakes, sloughs, and swamps create a diversity of habitats important to a wide range of bird species.

Habitat Description: America’s great river swamp deep in the heart of Cajun country, and the southern end of the Lower Mississippi River Valley. It’s the nations largest complex of forested wetlands of bottomland hardwoods and swamps. 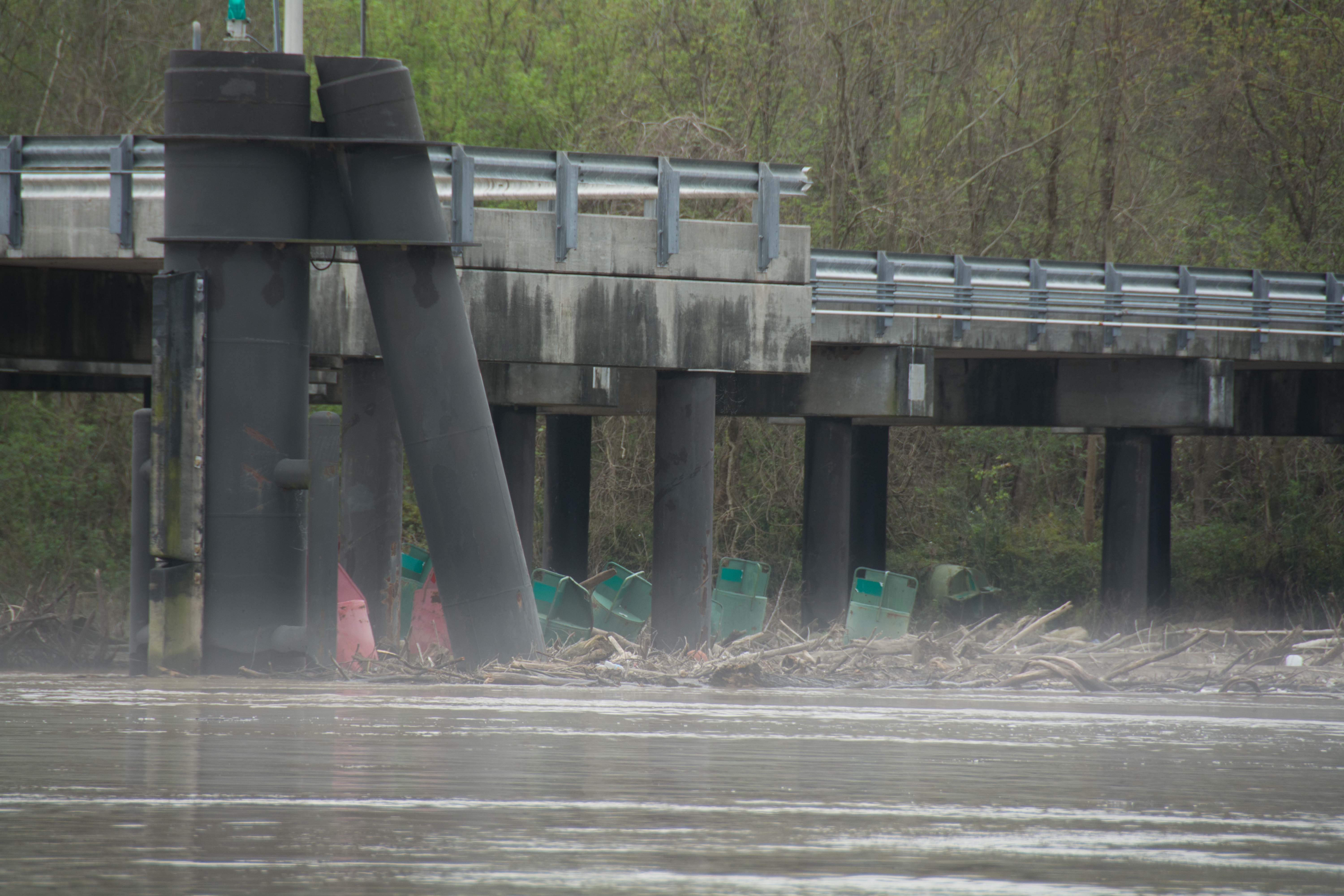 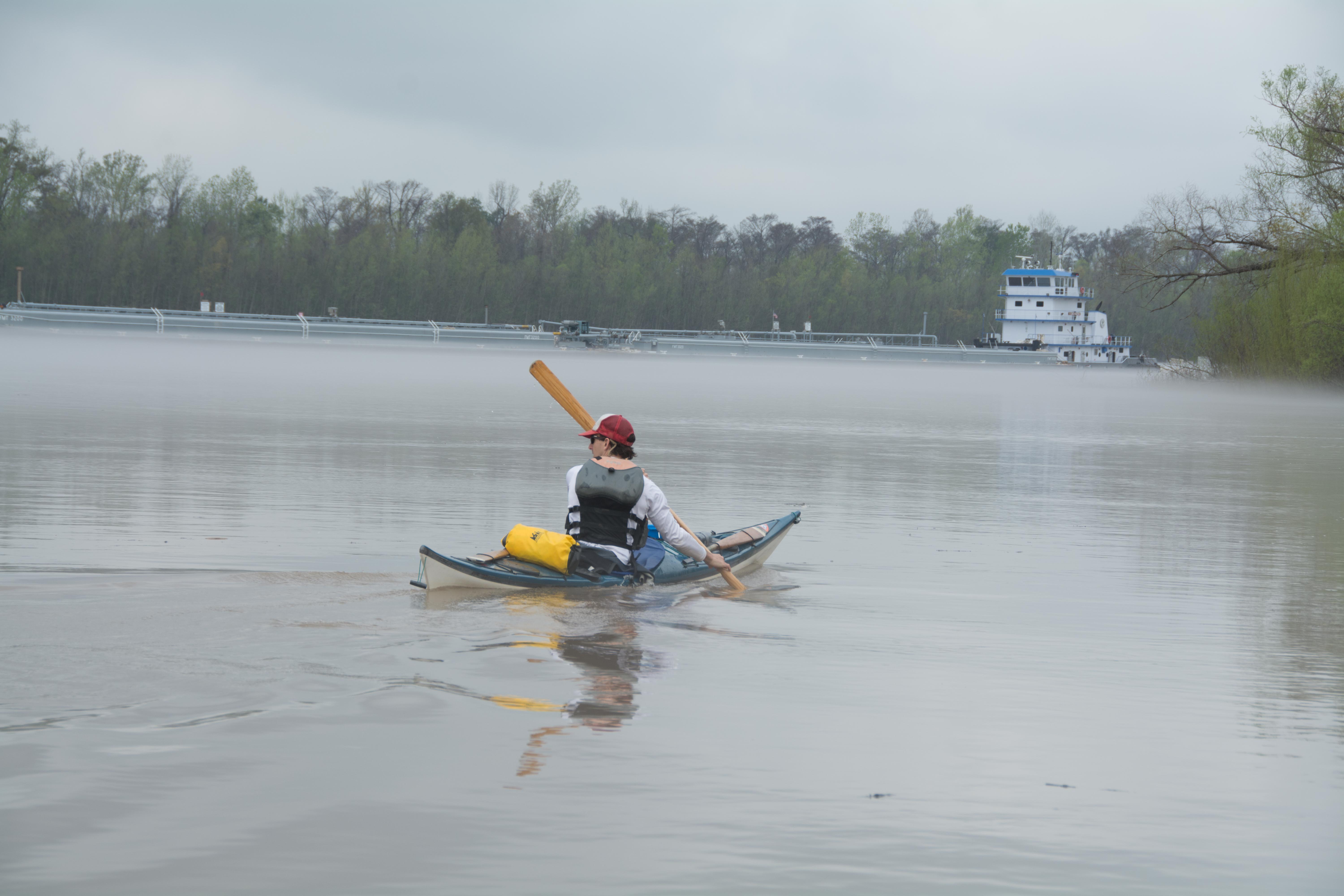 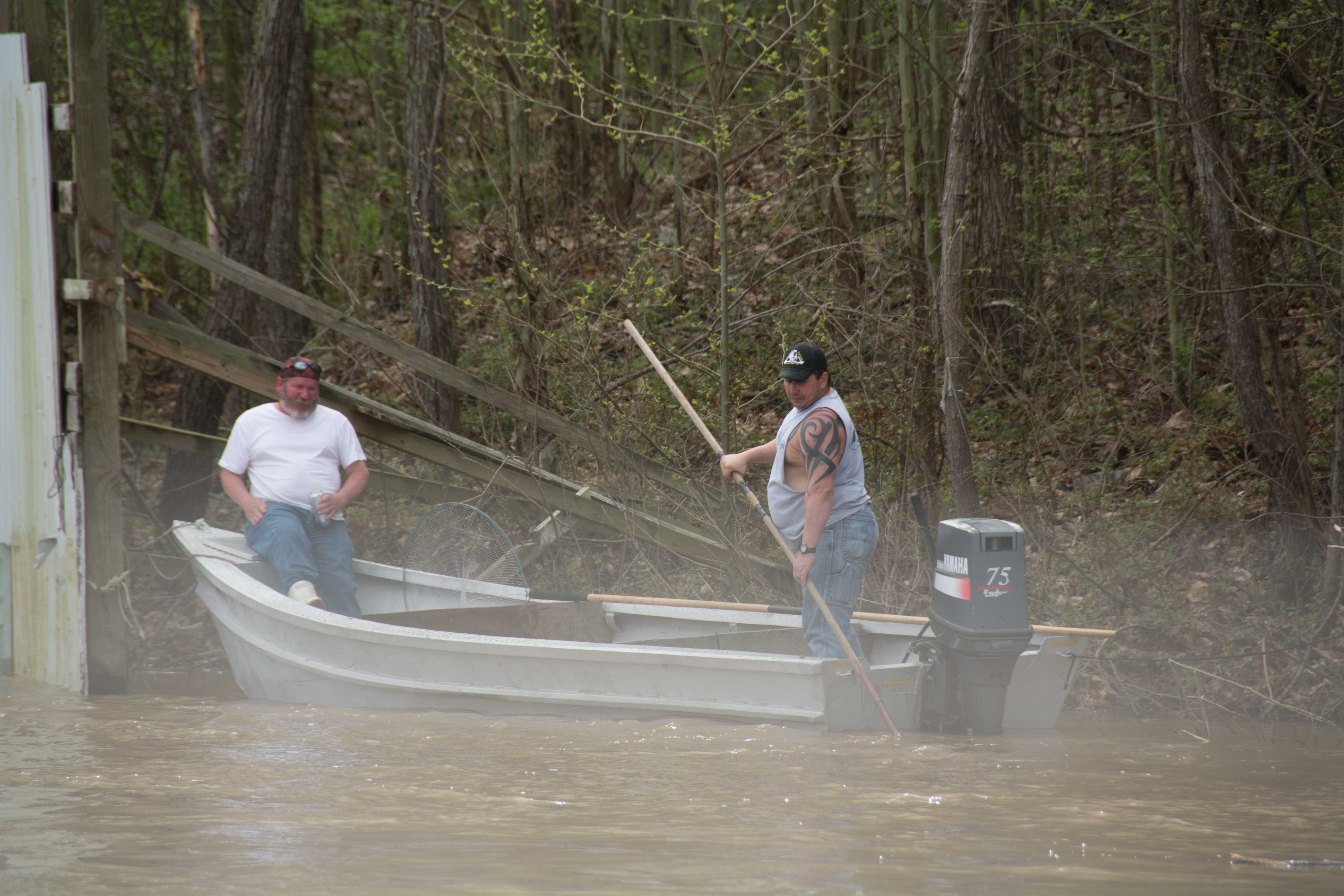 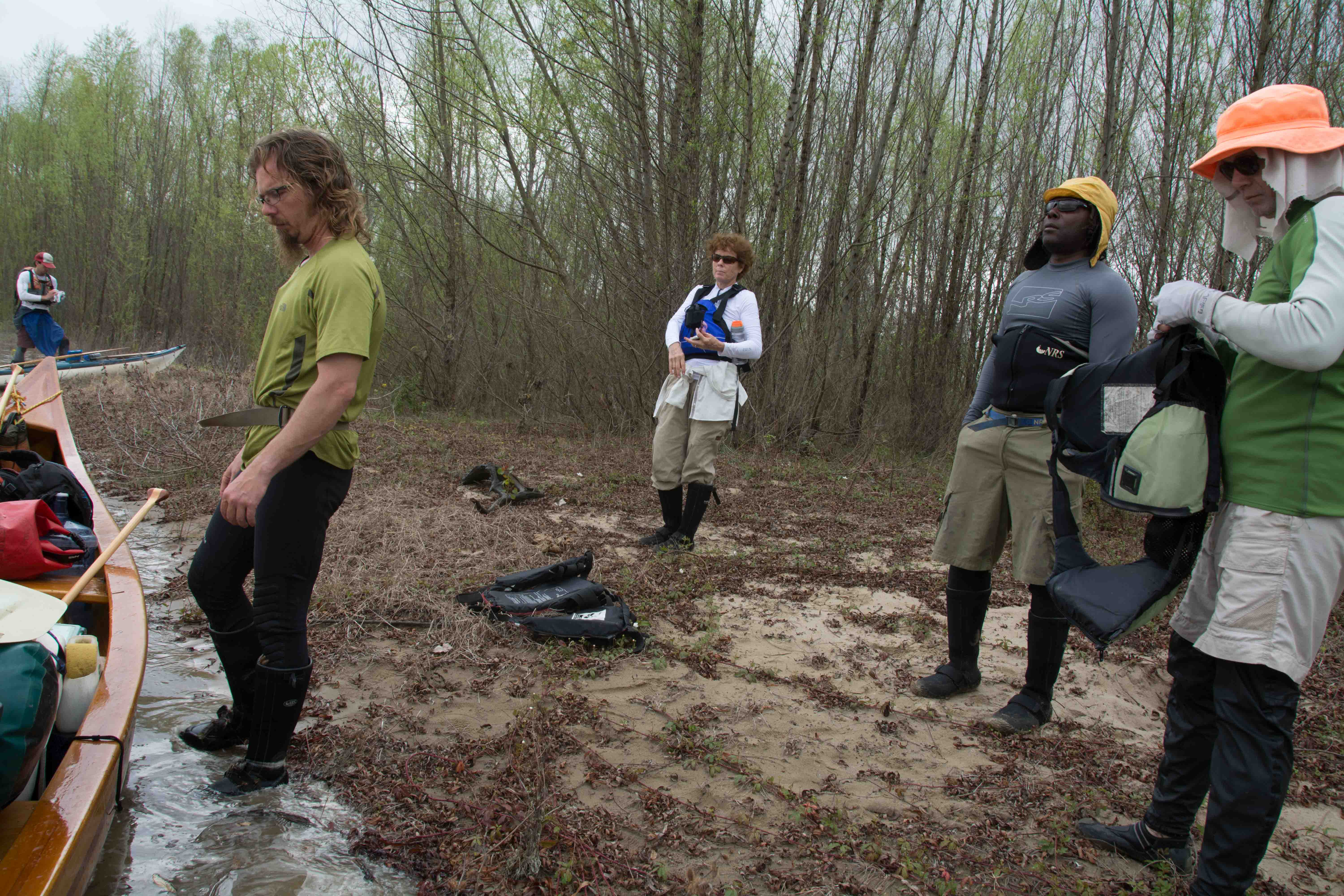 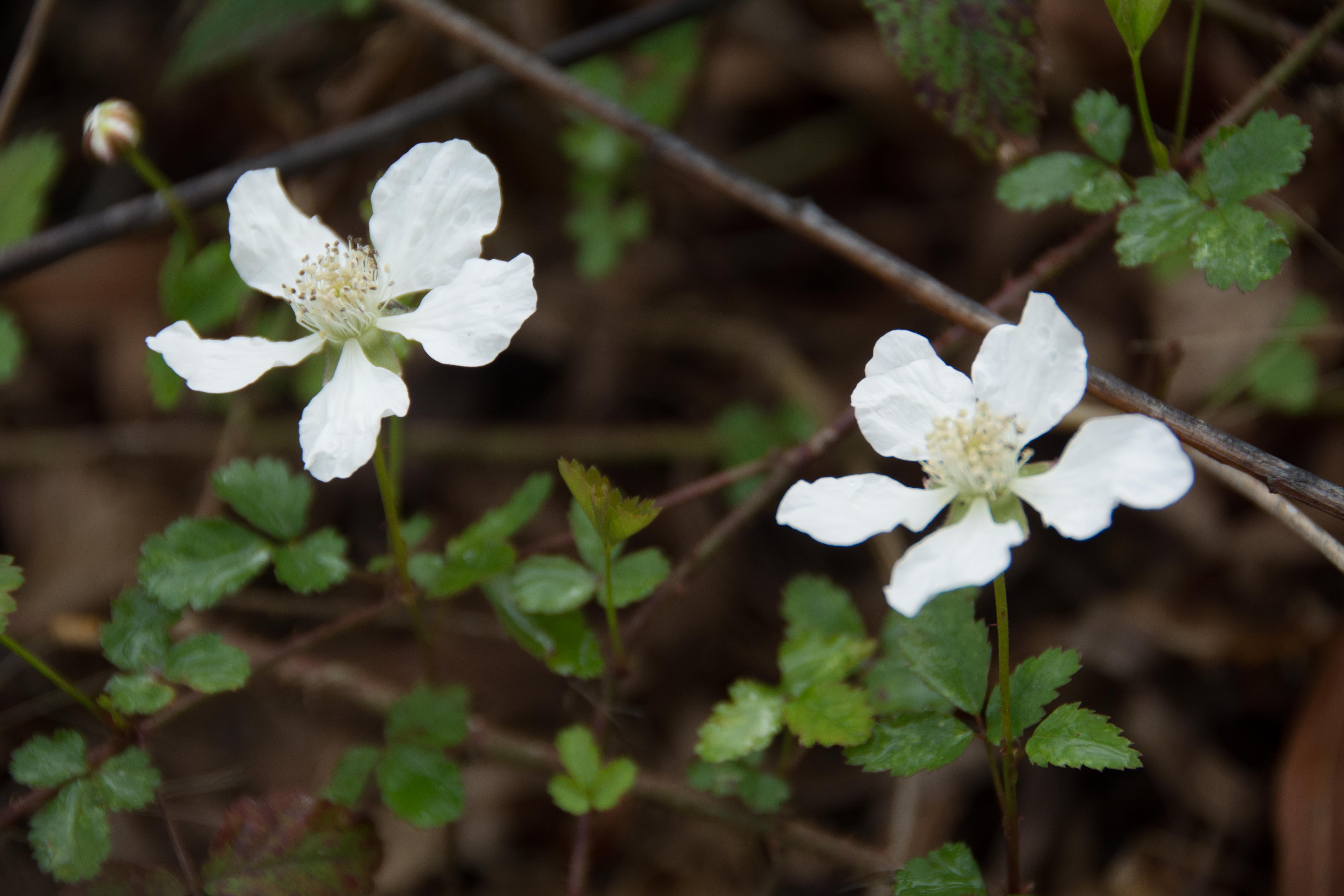