birds and waterfowl. Shipland is far enough west that the spring and fall migration of Neotropical migrants may bring in birds not normally seen in most areas of Mississippi.

(Adopted from Mississippi Department of Wildlife, Fisheries, and Parks)

Fitler takes its name from a plantation that used to be found around the bottom end of the bend.  The main channel of the river flushes vigorously around and out of Ajax (where it has been squeezed) and then erupts in a quarter-mile wide tongue of boils and swirls into Fitler.  The tall banks and thick forests of Fitler shove this muted muddy violence southwestward and then almost due west for removal into the next series of islands found at Cottonwood Bar and Arcadia Point Bar.  At high water, the speed of the river can be alarming.  During the great flood of 2011 which broke high water levels in Vicksburg and Natchez, two other paddlers and I clocked the water speed at 12 miles per hour!  This was a little alarming, to say the least.  As water speeds up its turbulence increases exponentially.  We experienced very violent boils erupting in this area.  So strongly did these boils arise out of the river depths that the large portions of the river’s face was pushed upwards one or two – or maybe even three feet – in a smooth dome 50, 60 maybe 100 feet wide, and then exploded open into a maelstrom of foaming boiling water that roared loudly and ominously.  As we flew down the river at 12 mph the waters slid sideways with centrifugal force and slammed into the bankside forests…  this with such force that the trees shook in excitement, their branches and leaves shaking like a wind was blowing, although there was none.   Tall wakes of whitewater arose around their trunks and curled outwards.  It looked like half of the boiling muddy river was sheeting sideways into the forests at Acadia Point and running off through the woods.

A funny vignette occurred here in Fitler Bend from our slightly crazy highwater expedition of May 2011.  I was paddling with Hodding Carter IV (of Greenville fame – his grandfather had founded the great newspaper the Delta Democrat Times) and photographer Christopher LaMarca.  We were documenting the flooding river for an Outside Magazine story that would later be voted one of the best adventure stories of the year.  The river had been “shut down” to recreational use and only a few tows braved the flood. There was no one else except for us.  We paddled into Fitler feeling like the whole river was ours and spotted some vacation homes that had been recently constructed near Point Lookout.  (Point Lookout is over the levee and through the woods east of Transylvania, Louisiana).  A small community had been carved into a wooded place that probably shouldn’t be inhabited…  Obviously shouldn’t be inhabited as made evident now: water was flowing over the streets twenty feet deep and telephone poles were quivering like frightened bunnies.  Some of the spec houses had been overturned.  We saw one house with muddy water flowing through its porch and decided to investigate.  Normally this house would stand tall above the water.  I’ve seen it since the flood.  It’s perched on stilts with a tall staircase reaching up to the porch.  The ground floor and the front porch stand at least twenty feet off the ground.  A jacuzzi had been installed on one side of the porch.  But now the river had risen over its sides, 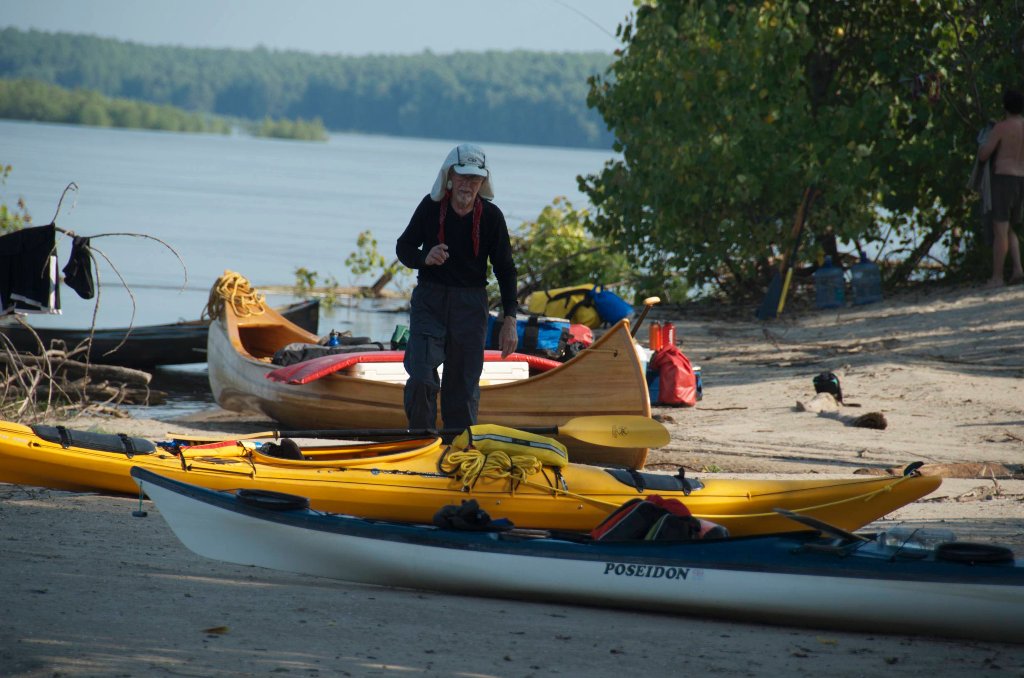 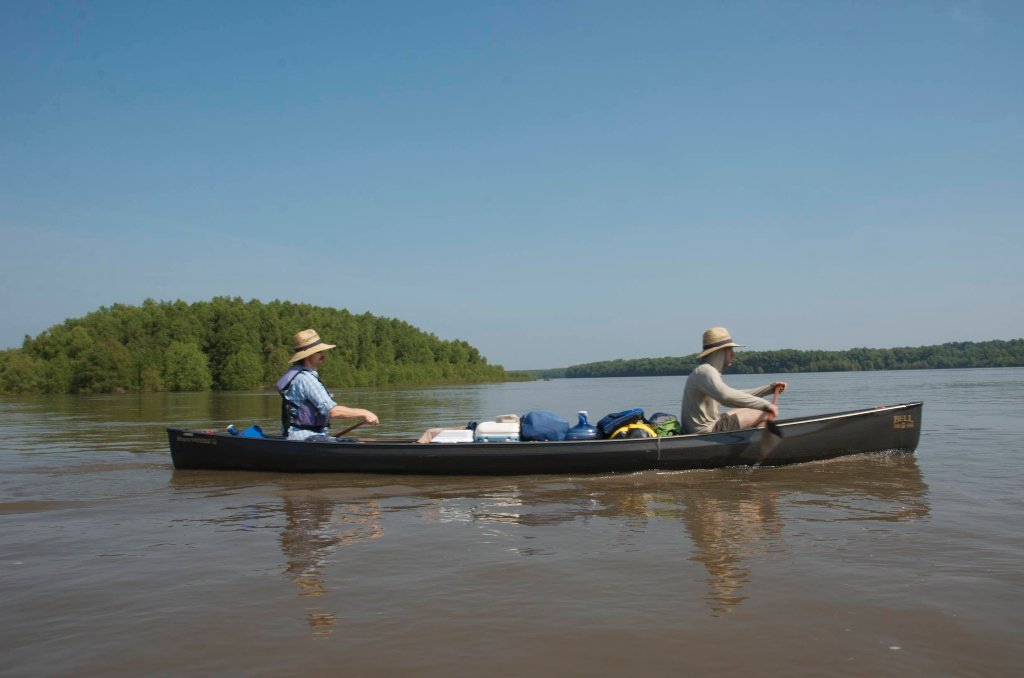 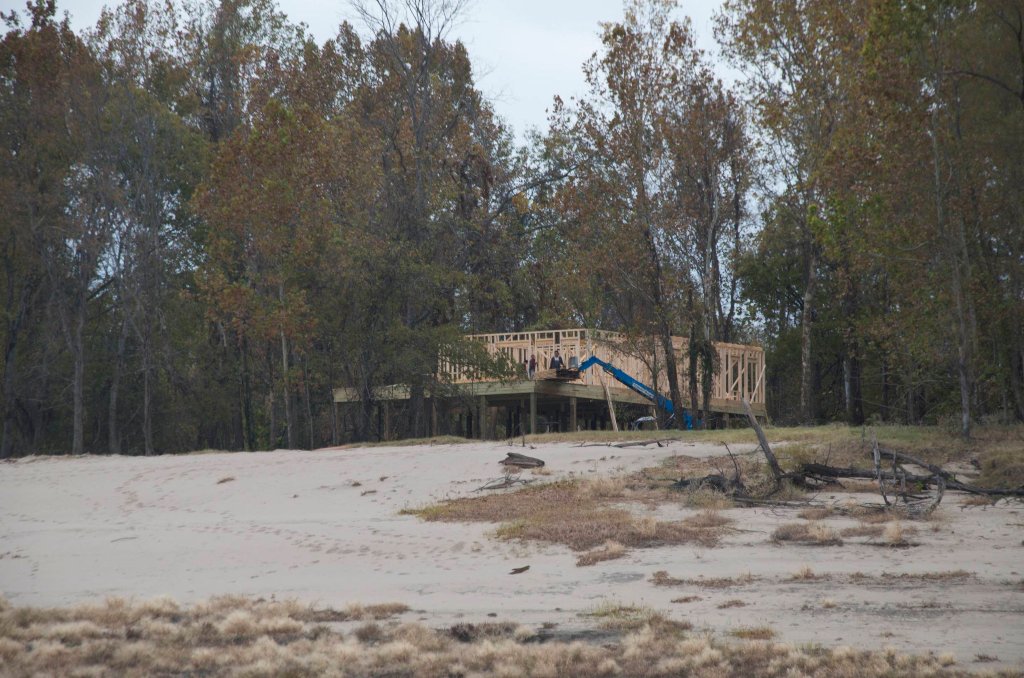 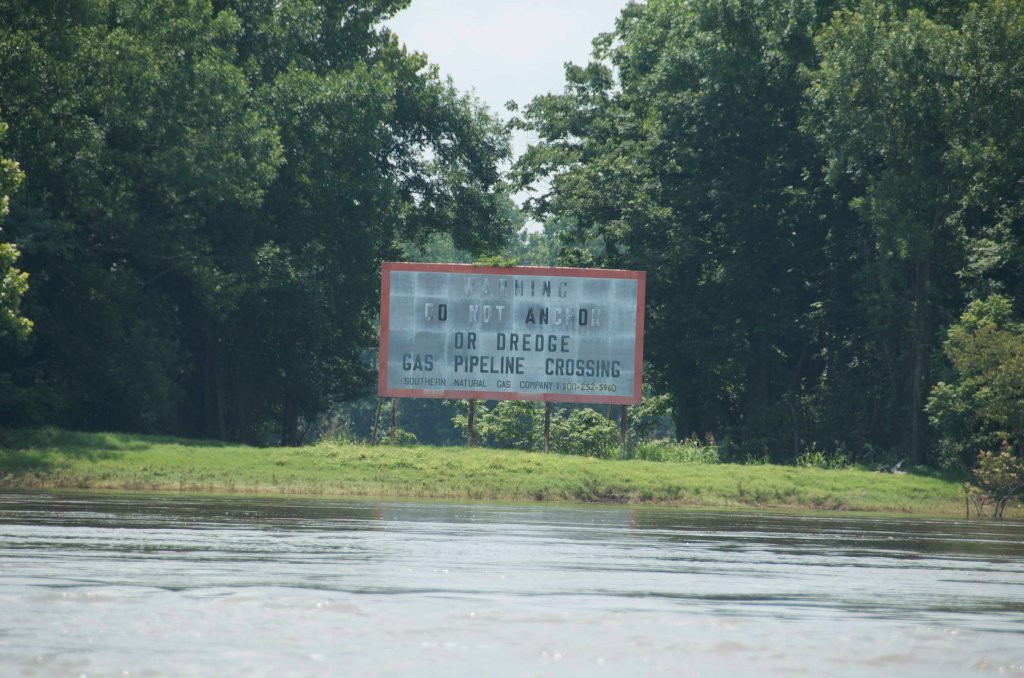