The top end of Cottonwood is protected by a long dike and weir with an opening on its north end (RBD).  There is always some flow behind Cottonwood, although it’s a slow channel at low water.  Best run at 25 VG or above.

If the river is 30 Vicksburg Gauge or above stay left bank and follow the flow into the mile wide opening behind Arcadia, which narrows slightly and then opens up again towards bottom end.  Watch for waterfalls over two dikes, one at top and one at bottom.  Many routes to follow.  Pick and choose.

Steep concrete ramp made from revetment falls steeply into back channel at base of Cottonwood Bar.  Road access from US 65 over levee.  Parking and ramp located south of Bunge grain elevator.

The Main channel runs southeasterly from Cottonwood Bar into Willow Cutoff (1934), and continues south around Willow Island, and then slides southeasterly past the Madison Parish Port at Milliken Bend towards Paw-Paw.  The five mile channel between Cottonwood and Willow almost a mile wide and nearly featureless.  For expediency the strongest flow is found right bank descending past the Goodrich Light (RBD 466.9 and Dogtail Landing (RBD 466.5).  You’ll want to avoid the long series of wing dams (Tennessee Bar Dikes) lines the left bank.  As with all dikes, these slow the water, create turbulence, and you will have a long line of buoys to weave through.

As you enter the cutoff a scrubby group of willows atop a mid-channel island will take shape and grow in size.  This is appropriately named Willow Island, since not much else grows here.  You’ll find a few cottonwoods, and some flowering bushes and grasses such as buttonbush, and maybe a few migrating invasive plants.  Tumbleweeds have been seen in recent years.  In the low water of 2012 we discovered a plot of watermelons near the Willow blue hole.  Willow Island is predominantly composed of young willows.  But these small trees are nothing to scoff at.  They have survived many years of high waters, high winds, severe thunderstorms and the nearby crossing of an F-4 tornado (see below).  Even the great flood of 2011 failed to unearth the willows of Willow Island.  There was no sand to be found on May 21, 2011 when the river crested but the willows were still there, making their presence known by their leafy green tops reaching towards sky above the churning mass of orange-brown water.

At low water Willow Island extends 3 miles north to south with a high point near mile 460.5 and a short ridge not far below at 460 topped by a single line of mature willows.  There used to be a channel in between the two high points, but the 2011 flood filled it up and now they are connected by a long high plain of sand that starts going under around 30VG.  The huge Willow Island back channel opens up in low water, around 15 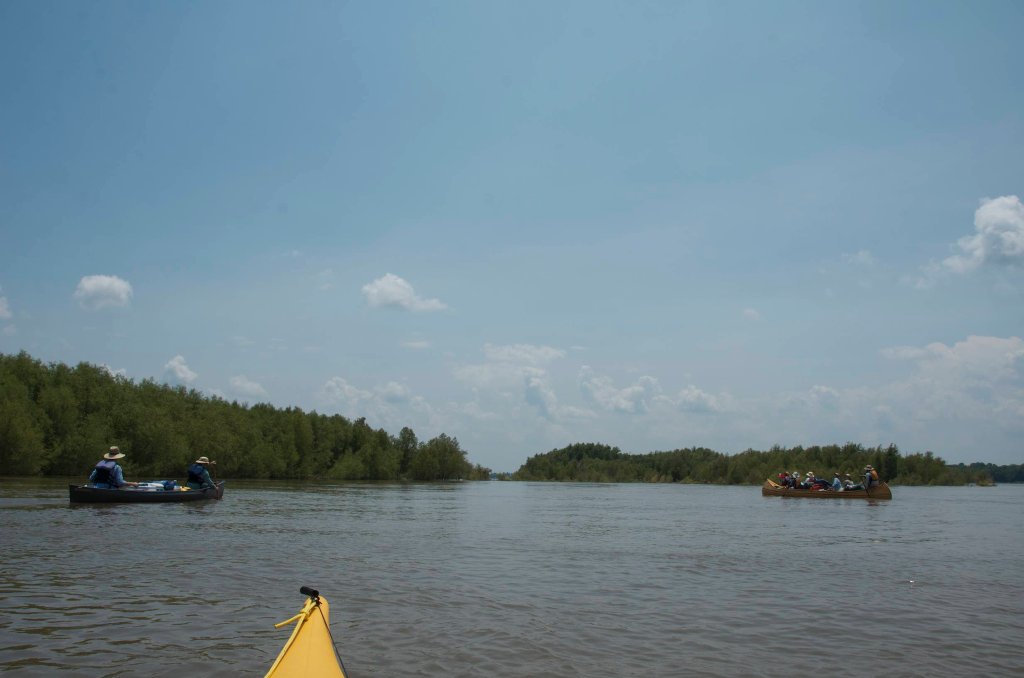 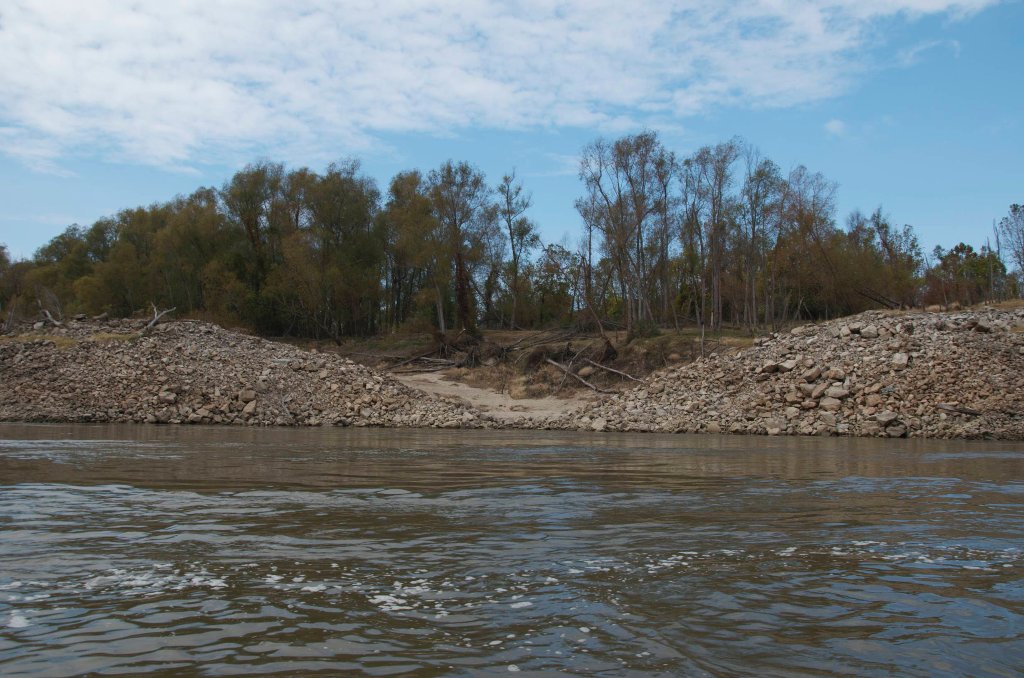 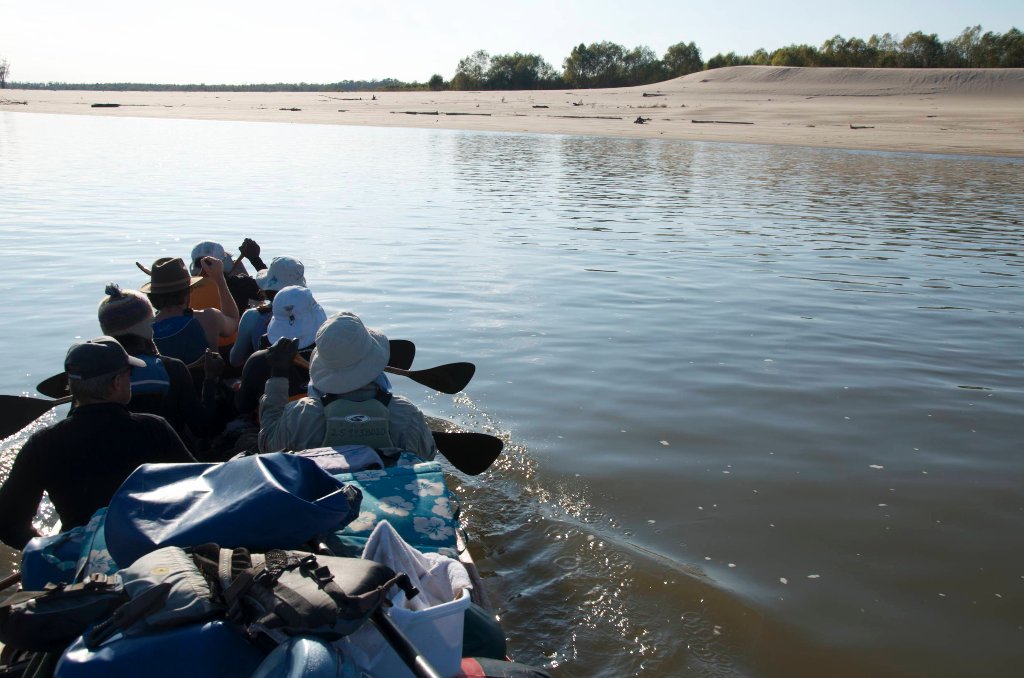 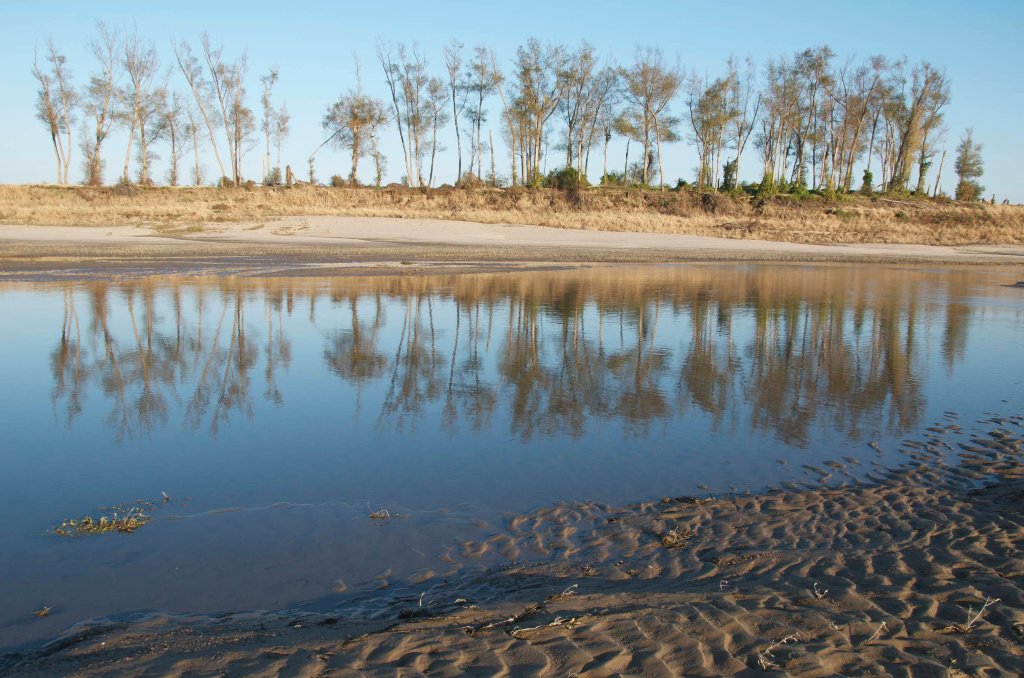