As you are leaving the Memphis Industrial reach, be wary of the rows of fleeted barges ties up alongside either bank, especially in the 2 miles below the lower bridges, in the West Memphis area, and then also in the vicinity of the McKellar Lake Memphis Harbor.

What are fleeted barges? When any industrial or agricultural facility are filling or emptying barges, they tie them up along the bank of the river, sometimes one at a time, but more often in longer lines multiple barges deep. Sometimes they’re only one barge deep, sometimes they’ll tie more than one side-by-side. In chemical corridor down below Baton Rouge they’ll sometimes tie as many as a hundred long with ten or twelve deep! Most barges measure 35 x 250 feet but petroleum barges are often longer. The top end of any fleeted barges is an extremely dangerous place. Always avoid paddling anywhere near the upstream sides of barges — where the water is pushing in and underneath their top ends. It might look like you could simply hop aboard in case of emergency, but you won’t be able to! This is a trick of perspective on the big river. They are much higher off the water than they look.

As you’re paddling downstream look for a gaping opening in the rip-rap LBD which you can paddle through if you so desire.  As you approach you will notice that the natural bankside of trees and mud retreats ever further behind an unnatural wall of rip-rap.  (At low water the effect is most strongly felt).  The river here is trying to eat the left bank, and our engineers are doing their best to keep it from doing so.  During the Great Flood of 2011 the main channel tried to carve a new channel through the center of President’s Island.  If it had been successful it could have destroyed McKellar Lake and the Memphis Industrial Harbor.  As of the summer of 2013 a fleet of Army Corps mega-cranes have been busily trying to recreate the lost bank with Limestone rip rap.  As result a King-Kong sized blue hole backwater has been created behind a Great Wall of China sized bank of rip rap.  You can paddle into this unique feature as you descend the Mississippi along the left bank.  They left a giant notch partway down.  When you see the opening in the rip-rap dive in.  Great place to get out of the wind, or make a quick exit from an approaching squall line or field of choppy towboat waves.  Not a true blue hole, the water is nevertheless clearer than the main channel which sometimes provides glimpses of fish, turtles and other creatures not normally seen elsewhere on the river.

After rounding President’s Island the mile wide main channel narrows in half as it flows into Arkansas and is directed southward in a powerful and sometimes turbulent tongue of water.  You can find sandbars along the inside of the bend, but the industry and noise of West Memphis will be your closest neighbor.  Keep going five more miles for the best camping in the area, along and below Dismal Point Dikes.  Unless there are towboats in the vicinity go with the flow and make your crossing over to Arkansas and stay with the fast water past West Memphis docks and industry which is punctuated by the giant grain elevators of Riceland Foods.  Arkansas is the rice bowl of the western hemisphere.  It accounts for nearly 46% of total rice produced in the United States.  Its nearest competitor California doesn’t even come close at 18%. 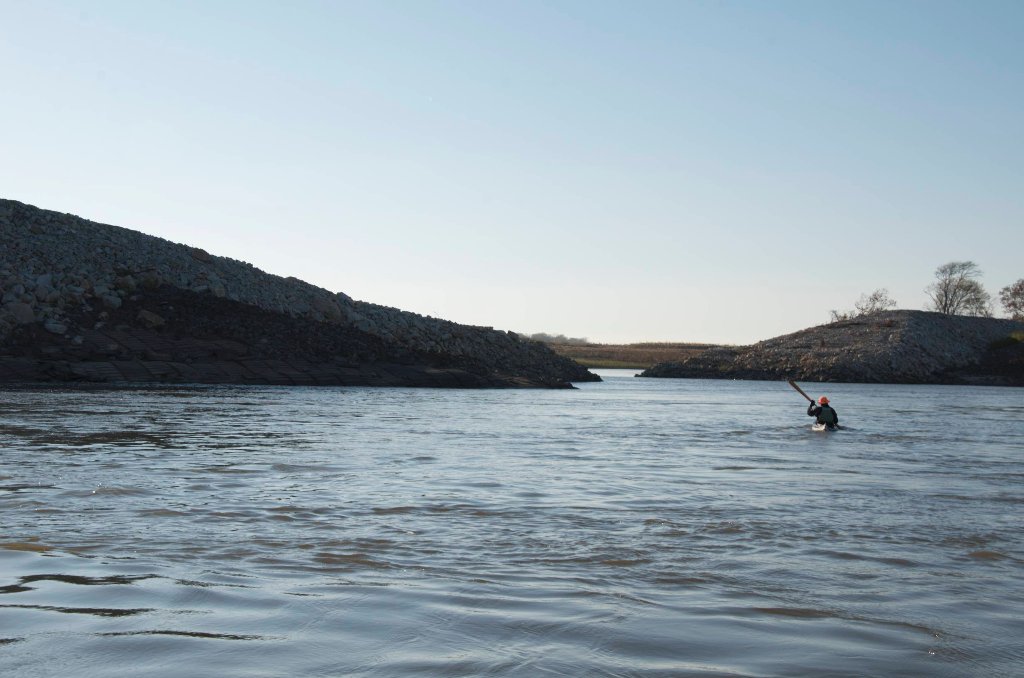 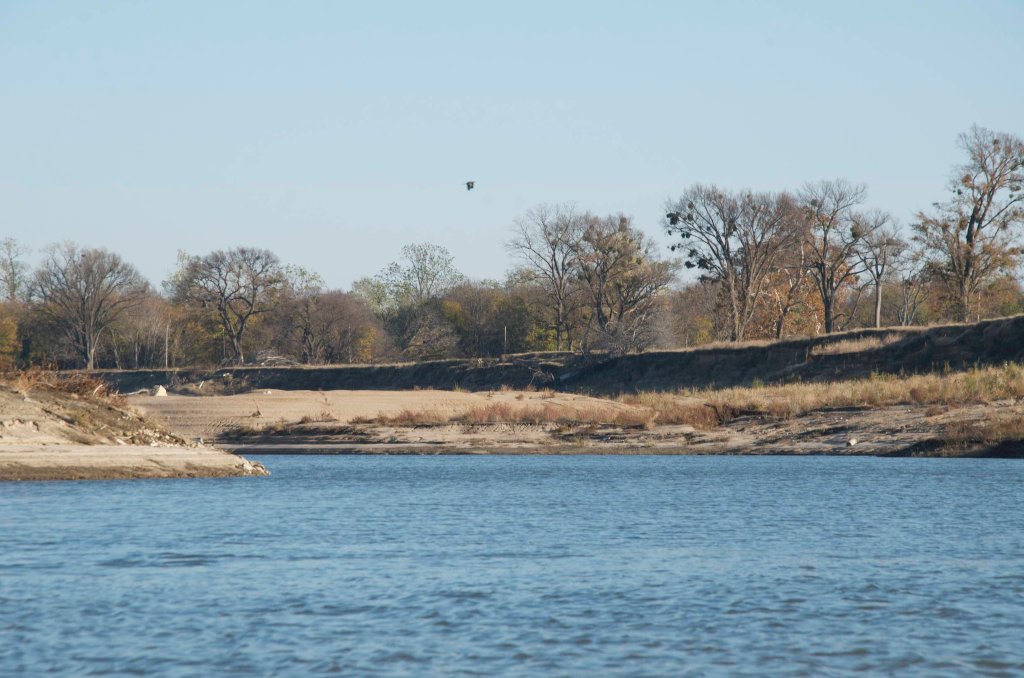 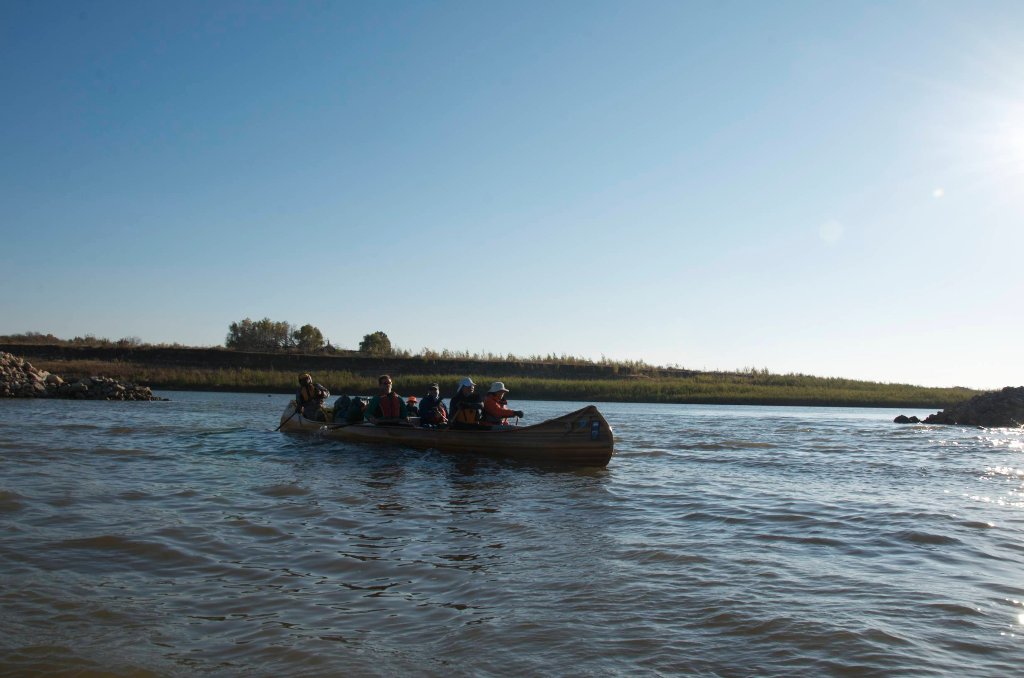