A beautiful side trip into a primeval world where you can paddle as far as you feel comfortable doing so.  Round Trip: paddle into Trotter’s Pass and then turn around and paddle back and continue your journey downstream the main channel.

How to find Trotters: As you are coming downstream around the outside edge of Buck Island keep to the far outside edge of the Flower Lake Bend and watch carefully as you paddle for the tiny slot opening at approximately mile 665.5.  You probably won’t see it until you’re right on top of it.  At low water it’s just a narrow muddy inlet that the local beavers maintain for their use.  During low water make landing and inspect by foot.  The water starts flowing inwards (on a rising river) at around 12HG.  At 16HG there will be a twenty to thirty foot wide channel through which you can easily paddle up into Trotter Lake, although sometimes this channel is blocked by massive piles of driftwood.  Almost always the persistent paddler can find a way around these rafts of driftwood, but be prepared for adventure if you proceed!

Also known as Old River Chute and Trotter’s Landing.  This is an old channel of the Mississippi, now cut off by levees, which winds its way parallel to the current main channel up to Trotter’s Lake.  During high water levels access all the way north to Tunica Lake could be afforded more adventurous paddlers via Nail’s Bayou, which would take you in a deep woods route behind the now land-locked Helena Island.  Bring your machete and GPS.

Paddler’s Note: the most prominent landmark in the Helena area is the Helena Bridge, but don’t go there (yet)!  The Helena Harbor is almost two miles above the bridge.  If you’re looking to make a landing for access to boat ramps & downtown Helena, be sure to turn into the harbor!  (Also, this is the Old Helena Harbor — not to be confused with the more recently constructed Helena Slackwater Harbor, which is in the middle of nowhere 15 miles downstream)

You may not see the Harbor opening until you are right on top of it, but you will see the signs of civilization rising above the tree line with radio towers, cell towers, docking facilities, grain elevators and such.  Closer up look for the Mile 663 Green Mile Marker (Green Square).  The harbor opening is 200 yards downstream on the right bank descending.  You will see a flat parkland, and a road, and then a boardwalk reaching out to the river’s edge.  This is the Helena River Park.  You can camp in the willows here during low water.  Low water results in a rocky climb over the rip-rap to get there, but bank full (35HG) you can sail into the trees and pick out the best spots.  During King Biscuit Festival hundreds of campers fill the park and enjoy live blues — annually held during the 2nd full weekend of October.   The Helena River Park was recently upgraded with a series of interpretive panels designed and implemented under the oversight of the National Audubon Society. 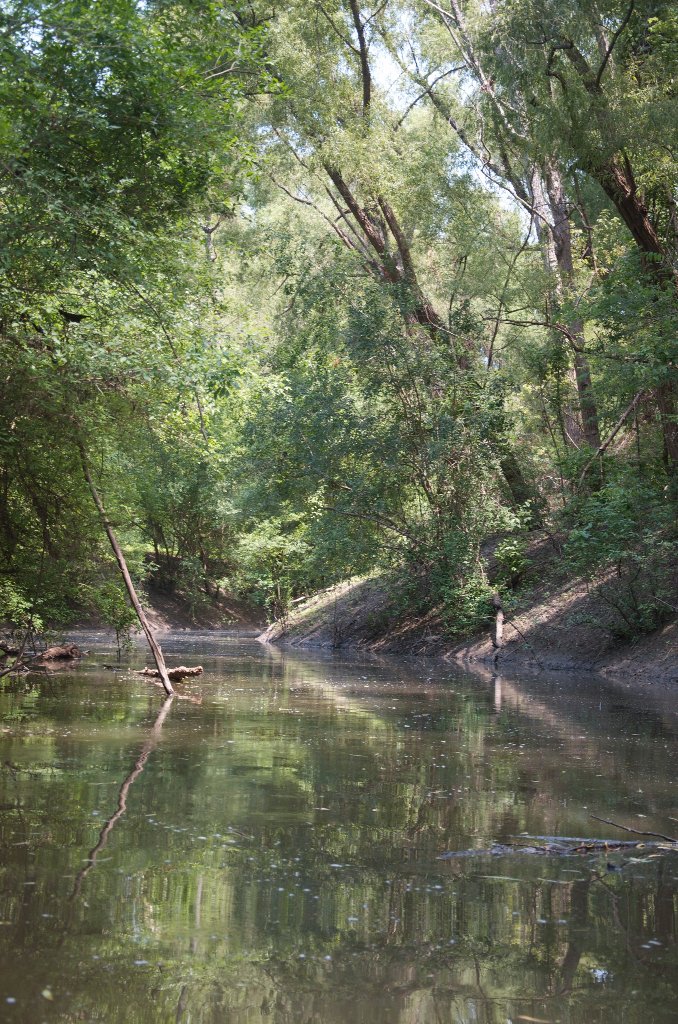 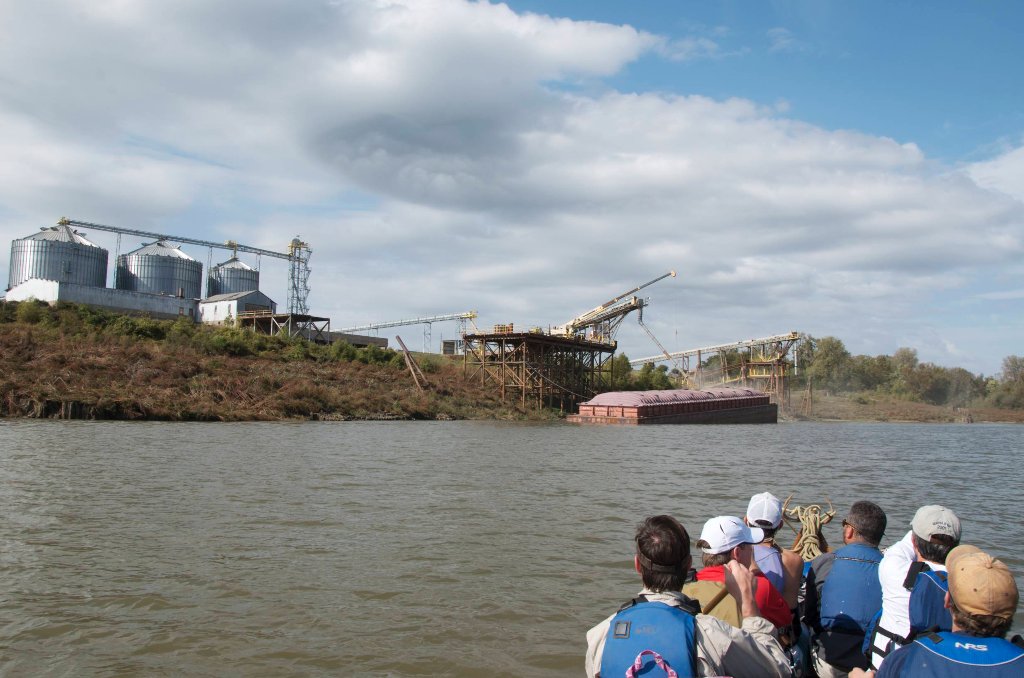