At higher water levels you can stay right bank descending into Walnut Bend and duck behind a small isolated island built up within the Walnut Bend Dikes near RBD 681.  After sliding back out of this short channel you will be less than a mile from the St. Francis River, which has meandered into the vicinity of the big river, and then meanders outward, and continues on curving downstream another 21 miles before its junction with the mother Mississippi (only 7 miles by the big river).  You might want to make a landing here and walk through the woods and climb to the top of the levee and see the sluggish St. Francis beyond over some fields.  Along the way you will walk through several depressions in the forest floor.  These low places are the remnants of some geomorphologic shaping that occurred when the Mississippi tried to jump channel and make a new confluence of the St. Francis River during the Great Flood of 1927 (known as the Whitehall Crevasse).  It makes for an interesting side trip, but be sure to secure your canoe or kayak well above wave splash height along the bank before doing so, especially at low water when the passing tows will slam it against the sharp stones of the rip-rap.

The rampaging Mississippi broke through at Whitehall on April 15, 1927, and the gap enlarged rapidly until it was 2,400 feet wide, The St. Francis River flows within a mile of the Lower Mississippi in the vicinity of Whitehall, and the great crevasse very nearly allowed the two rivers to come together in a new confluence many miles above the normal mouth of the little tributary.  The Whitehall crevasse occurred so unexpectedly that many people living in the area affected had to take refuge in trees and on housetops. Some of them had to wait several days on their uncomfortable perches for rescue.  There were 13 major crevasses in 1927, and official reports estimated that 330,000 persons had to be rescued from trees and housetops. Before the flood had ended, 700,000 people had to leave their homes.  (Braggs: Historic Names)

The paddler has a couple of enticing routes to follow below Walnut Bend, with Shoo Fly on one side of the channel and Stumpy Island on the other and a fantastic side-trip option into Tunica Lake.

Follow the main channel of the river bouncing back and forth in between Shoo Fly Bar, Harbert Point and Stumpy Island.  The St. Francis River confluence is two miles below Stumpy Island.

The Tunica Runout is a dynamic three-and-a-half mile long passage connecting the big river and the giant oxbow Tunica Lake.  Enter deep woods east off the river and paddle over rock weir 1/4 mile upstream of mouth (passable above 10HG).  Channel curves increasingly southward several miles and then enters Tunica Lake through descending lines of willows.  Paddle as far as you feel like going then turn around and paddle back.

During low water you can stay LBD and make short foray behind the ethereal creamy yellow sands of Shoo Fly.  One of the rare back channels flowing during low water. 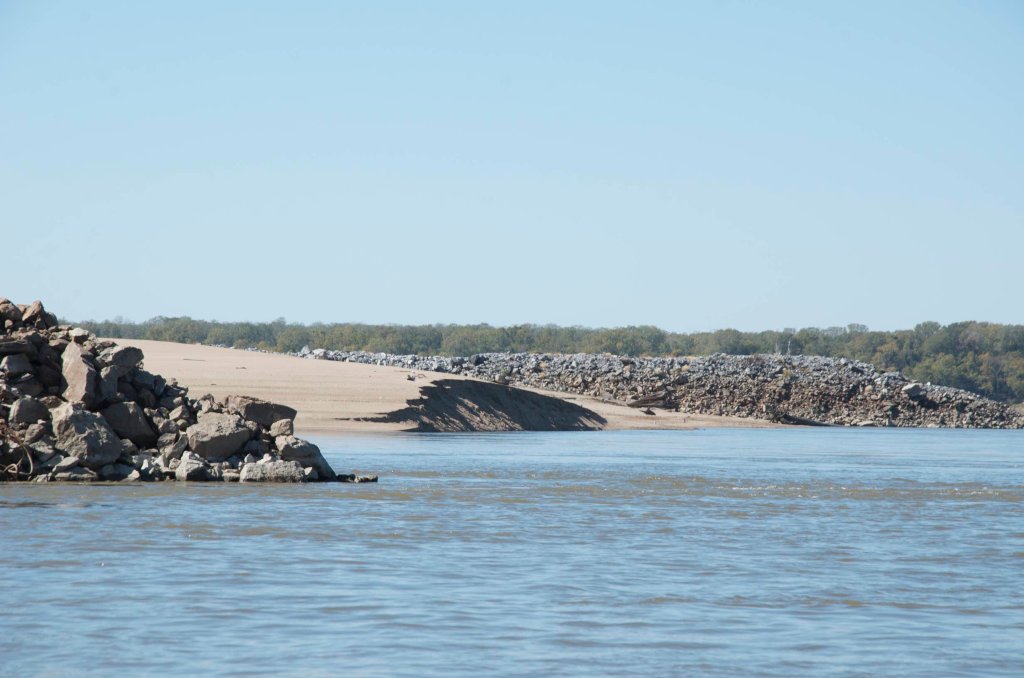 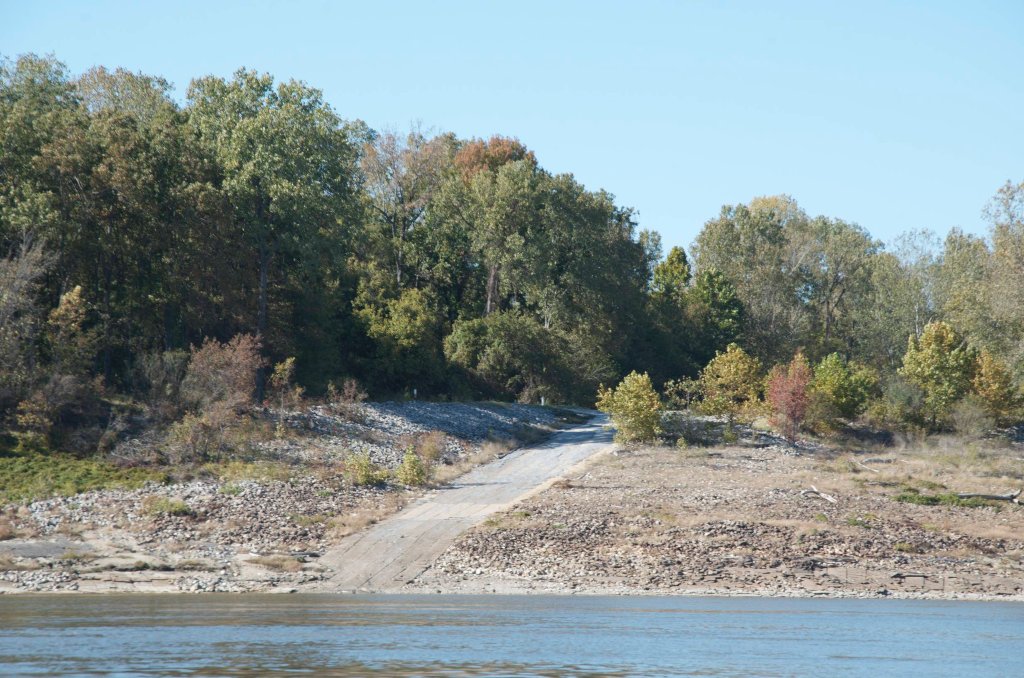 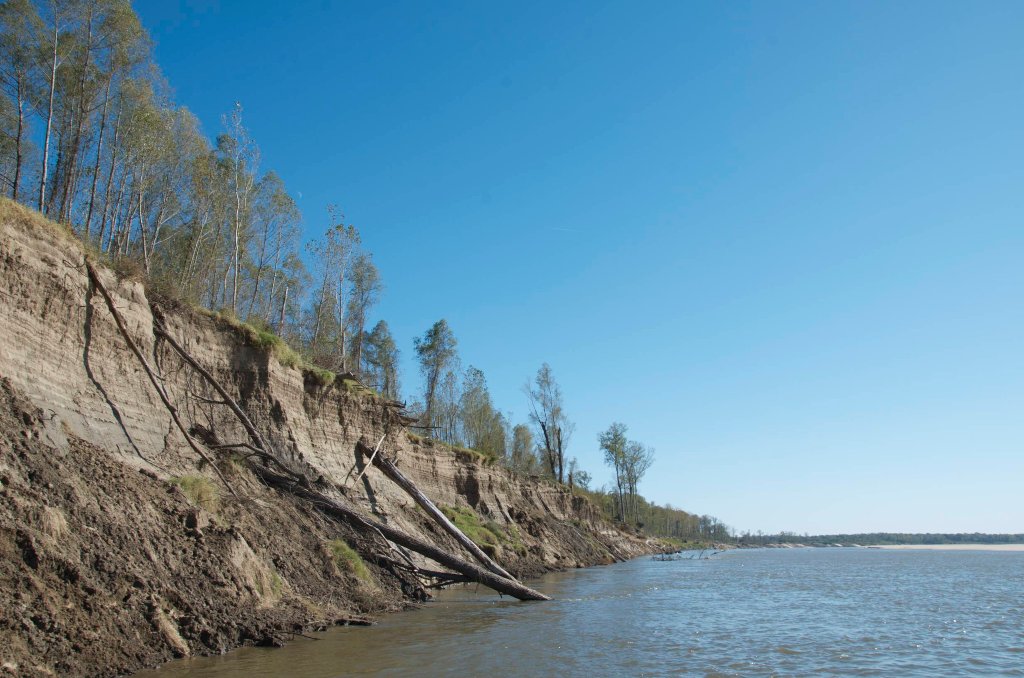 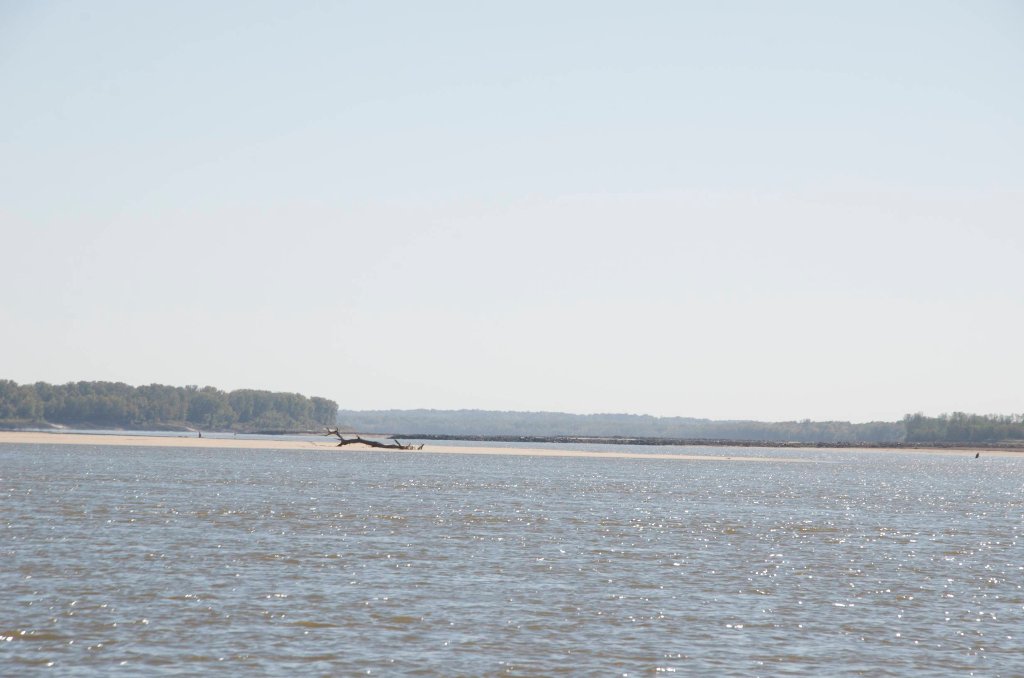