After flying past Riceland the channel opens up into an ocean of possibilities including the harbor opening (LBD 725.5), a wide back channel behind Enlsey/Dismal Point (RBD 725) and the main channel flowing along an archipelago of islands which extend so far downstream and around the next bend that they actually disappear over the curvature of the earth.  As you enter this arena of roughshod possibilities you will flow underneath a TVA transmission line which was the site of a life-and-death drama of personal significance.  In fact, it was the seminal event of my present life as river guide, author, canoe builder.  I probably wouldn’t be here today sharing this Rivergator with you if things had gone differently when I first came down the Mississippi in the early 1980s.  Please skip forward to the next section if you don’t have time for this now.  It might make better reading in the tent, or around the campfire, or perhaps best of all waiting until you’re safely off the river.  I’m going to take a little liberty here and share this tale in full for anyone who cares to hear it.  I’ve never shared this incident in such detail, but now it seems appropriate.  There might be a lesson or two within, but mostly it’s a tale of fate and foolishness.

The Lower Mississippi is a 1,000 mile long graveyard of wrecked vessels and broken hearts. I’ve added at least one to the pile of wreckage.  In February of 1983 the river was seasonally high and cold, and flowing fast, furious even, full of the flotsam and jetsam associated with winter high waters: foam, logs, barrels, bottles, docks, cans, lost barge ropes, and us, a couple of kids on a rugged raft.  My best friend from high school Sean Rowe and I had just spent the previous five months on a 12×24 foot raft that we built from found materials and oil drums below the Minnesota bluffs above Lacrosse, Wisconsin.  A guy named Shimshak let us build it in his back yard.  He had a bar across the river in Lacrosse.  Anyone ever been to Shimshak’s Tavern?

Months earlier we had drawn a crude chessboard with magic markers onto the floor of the raft, and carved the pieces out of willow branches as a way of passing the time.  That fateful morning we jumped into a game of chess on board the raft as we floated under the three lower bridges of Memphis.  Our chess games passed many long pleasurable miles of the Mississippi.  There is nothing more pleasant than the sensation of a raft on a river, floating along effortlessly and enjoying the scenery sliding by with the same comfort of watching a good movie in a lounge chair.  Topping off this cozy arrangement was an open fire which we tended in a 55-gallon steel drum cut in half and filled partway with sand.  Fire, water, forests, open skies, and a game of chess.  What else could you ask for?  We were as happy as two catfish in crawdad hole.  We were embroiled in one of these legendary raft chess games as we rounded President’s Island and rolled southward in the billowing muddy blossoms of the powerful river.  The wind was out of the north.  It was sunny and cold, typical February weather.  Everything seemed aligned and in our favor.

The major difference on the river between then and now is a giant tower planted along the edge of the main channel to support the thick throbbing electrical TVA transmission lines.  Standing over three hundred and fifty feet tall, the tower rose above a square of 4 megalithic concrete pylons which were anchored into the bedrock hundreds of feet below river bottom.  We sighted the steel truss tower as we came around President’s Island, five miles upstream.  But we paid it no particular attention, and resumed the game of chess around an open raft fire, sipping cups of hot coffee.  Who would worry about one or two pylons in all of that water?  The river was high, and probably a mile wide at the time.  How are you going to hit anything in a mile-wide river? 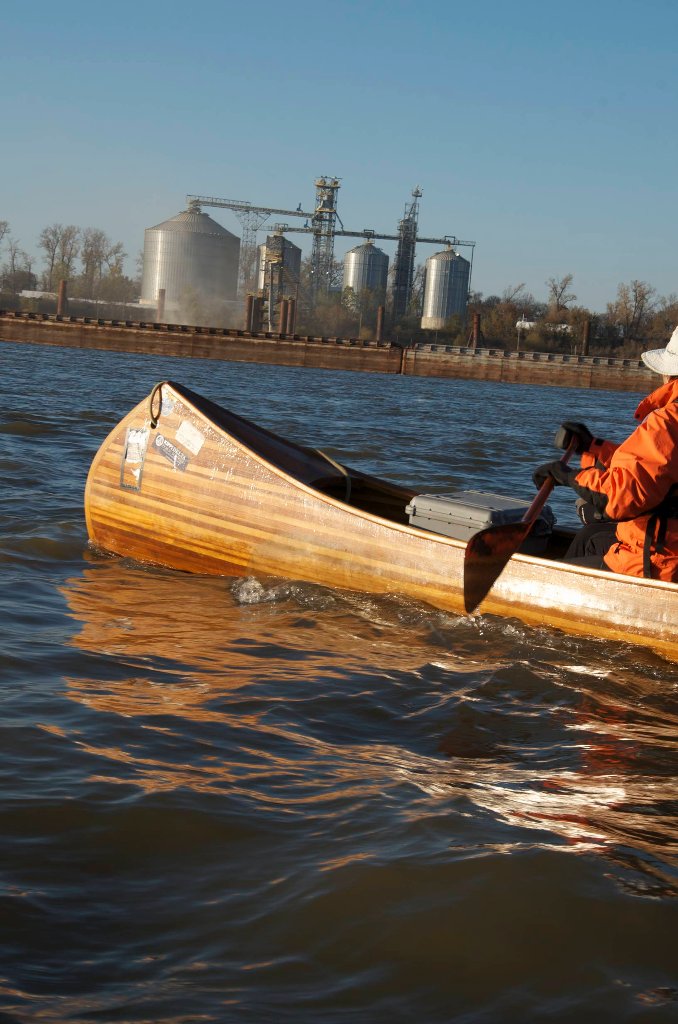 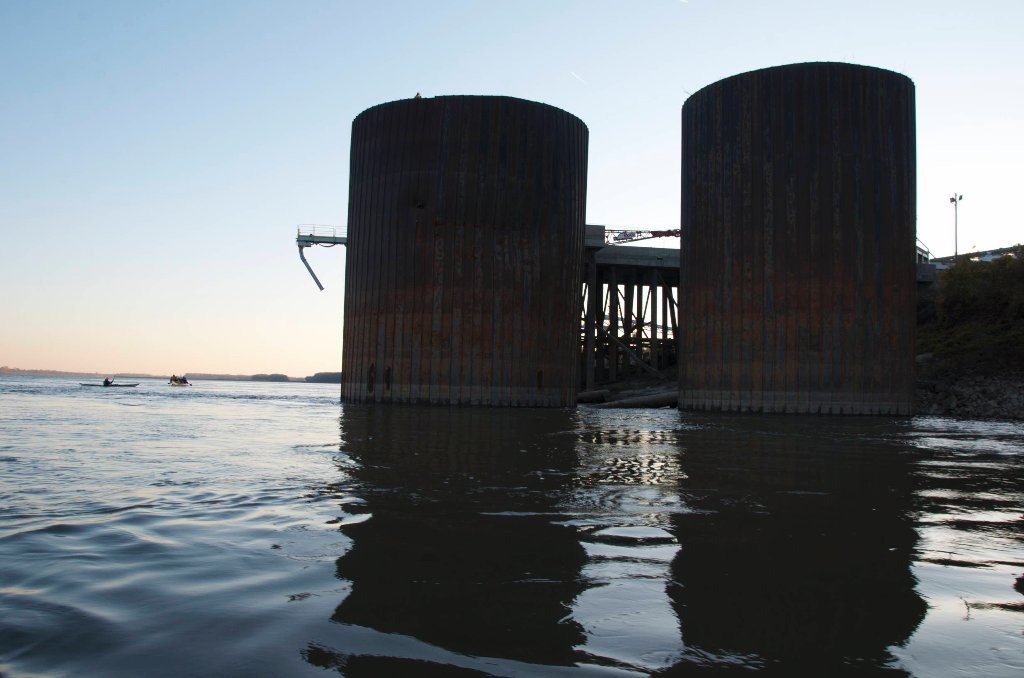 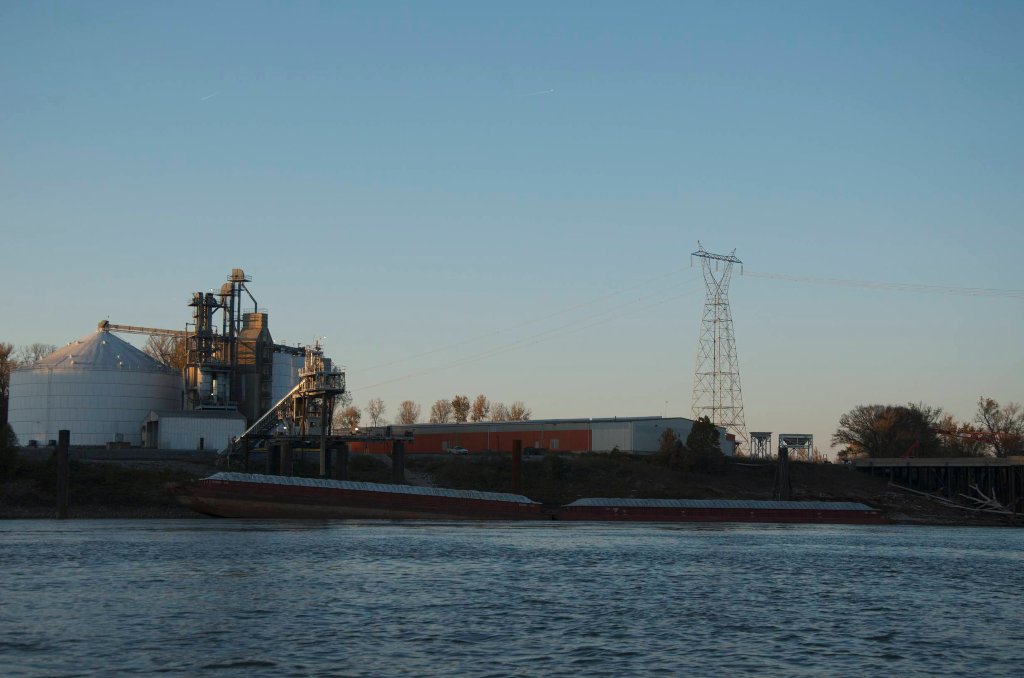