Redman Point Bar is a small island with lots of character.  Its back channel contains landmarks extolled by local mariners with enchanting names like “Washing Machine,” “Pebble Beach,” and “Hole in the Wall,” as described below.  Its top end was almost completely blown out during the 1997 flood, after which the USACE responded with an imposing two-mile long castle wall parallel to the main channel to contain any further degradation.  It reminds one of Hadrian’s Wall for its crude but effective mass.  This rock dike marks the edge of what used to be the island.  Oddly, much of the present day Redman Bar’s charming character comes from the strange landscapes created thereof. Today Redman is lacerated by channels, pools, blues holes, sand bars, gravel bars, forests, wetlands, and many other interesting landscapes and opportunities for the paddler.

As you come down below Brandywine through Centennial Cutoff stay with the flow RBD for entry into Redman.  At high water you can jump in anywhere along its top end, but in medium water (below 15MG) you’re choices for entry are limited to the topmost opening and a notch a mile further down the outer dike known as “Hole in the Wall.”  In high water, you’ll see some turbulence marking the topmost entrance.  Roll over that and get behind a tiny island (nothing more than a small gathering of willows) and continue on over another turbulence (a second short dike) for a close-up view of what local boaters refer to as “the Washing Machine.”  A revolving raft of driftwood sometimes as big as a Super WalMart has collected in a large eddy.  Varies in size and strength.  The driftwood has piled so forcefully into this place that several old back channels have been completely blocked.  You can clearly view this blockage on google earth.  Colonel Shreve (the inventor of the snagboat) would have difficulty removing this plug.  The 2011 flood added new pieces to the collection, including an entire barn wall.

Continuing past Washing Machine during medium water will bring you a couple of hundred yards into a wide bay contained in between a willow forest at the top of the island and the imposing rock dike that stands as a monument to the old dimensions of the island.  The bay ends over another dike which has been notched.  Spill through the notch (if it’s exposed) for a landing at Pebble Beach, a broad gravel bar that is sometimes connected to the top end of Redman, and is sometimes an island.  At high water Pebble Beach disappears.  Continue on into Back Channel due west several hundred yards with the prevailing flow.

Pebble Beach has formed over the years from annual flooding, and is a good place to stop and stretch, rock hound, or have a picnic.  No shade though.  At low water the top end is closed and the only way into Pebble Beach is through the aforementioned Hole in the Wall.  Glide along in the main channel until you see the obvious opening RBD 742.5.  Choose your best line and paddle in over some boils and eddies.  If there’s water flowing in then probably the back channel is still open, although a little footwork from Pebble Beach might save some backtracking.  Hole in the Wall stops flowing around 5MG, but you can still enter the gap and find quick refuge from the wind or the waves of passing tows.

Follow the water around Pebble Beach for entry into the Redman Back Channel.   The current flows due west several hundred yards and is turned south by an old revetment and a wall of tall trees.  Possible shady picnic spot or campsite can be found LBD on sandy spit on inside of bend (medium water only).  During high water there is strong flow behind Redman, but it of course slows as the water level drops.  Fortunately for fish (and kayakers) the same engineers who built the dikes have returned and opened them back up with a series of notches on each one.  The notching project is overseen by the Lower Mississippi River Conservation Committee.  Its founding director Ron Nasser envisioned endangered pallid sturgeon and other species reconnecting their life-cycles with free flowing back channels, and through decades of hard work Ron made them happen.  Redman/Loosahatchie Bar are two of the many islands that have benefitted from Ron’s vision. 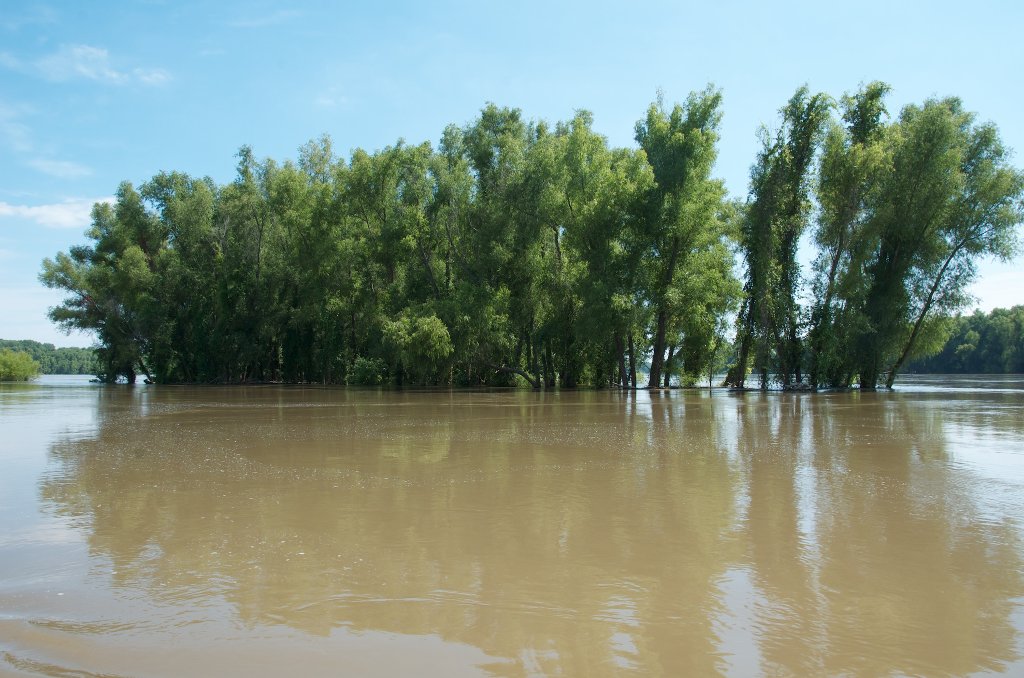 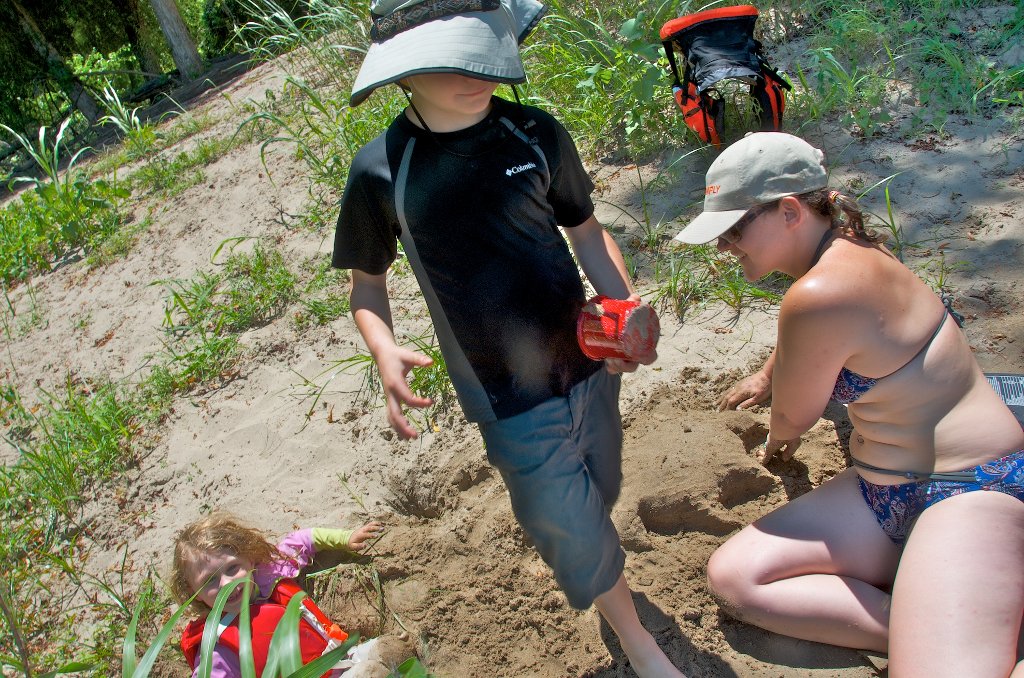