Known as Riviere du Loup amongst French explorers the 105-mile long Wolf River is the last of the Tennessee Rivers you’ll pass continuing on downstream into the Delta.   Nonconnah Creek enters McKeller Lake Harbor, which empties into the Mississippi fifteen miles downstream.  And then there are no tributaries on this side of the river for 300 miles!  We’ll continue this discussion in the next section of the Rivergator, from Memphis to Helena.

Like the Hatchie, the Wolf River springs out of the North Mississippi Hills and runs first north into Tennessee, and then follows a predominantly westerly course to join its mother river, the Mighty Mississippi.  It is home to deer, river otter, mink, bobcat, fox, coyote, turkey, and many waterfowl, reptiles and amphibians.  Tennessee state champion trees along the wolf include a Tupelo Gum that is 17 feet in diameter.  Other hardwoods found in its extensive wetlands include green ash, red maple, swamp chestnut oak, blackgum and Louisiana bald cypress, and native flowers such as cardinal flower, ironweed, swamp iris, false loosestrife, spatterdock, swamp rose, blue phlox and spring cress.  Twenty-five species of freshwater mussels have been documented in its upper reaches which is a testament to good water quality.

The Wolf River is protected by the very active Wolf River Conservancy, which was founded in 1985 and has protected much of its drainage including the exceptionally beautiful and magical Ghost River section.  Memphis’ good tasting water comes from a pure underground aquifer beneath the Wolf River Basin, and a micro-brewery uses it for their fine beers by the name. The Wolf’s fragile wetlands hold water long enough for it to be absorbed into the ground and serve as natural filters to cleanse polluted waters before they reach the aquifer. The Wolf originally ran alongside downtown Memphis, but because of its foul smell in the pre Clean Water Act of 1972 dark ages of industrial and agricultural pollution, a new channel to the river was carved out and lined with rip-rap, and the wolf was made to enter the Mississippi here, while its old channel was dredged and enlarged to create the downtown harbor.

The mouth of the Wolf is the start line for the annual Outdoors Inc. Canoe and Kayak Race, a 3 mile dash under the bridge and into the harbor, and the largest such gathering of paddlers anywhere in the Southeast.

Concrete boat ramp bottoms out around -0-MG.  Foul smelly water here due to unfortunate placement of the Memphis Wastewater Treatment Plant one mile upstream.  You will not want to get in the water.  You may not even want to put your boat in the water here due to the slightly tangy, slightly nauseating effluent aroma!  But it’s okay.  There is no harm in stepping in it, or putting your boat in it.  But seriously, no swimming or eating fish from this place.   Put in here makes for a quick 1/2 hour run to the bottom of Mud Island. 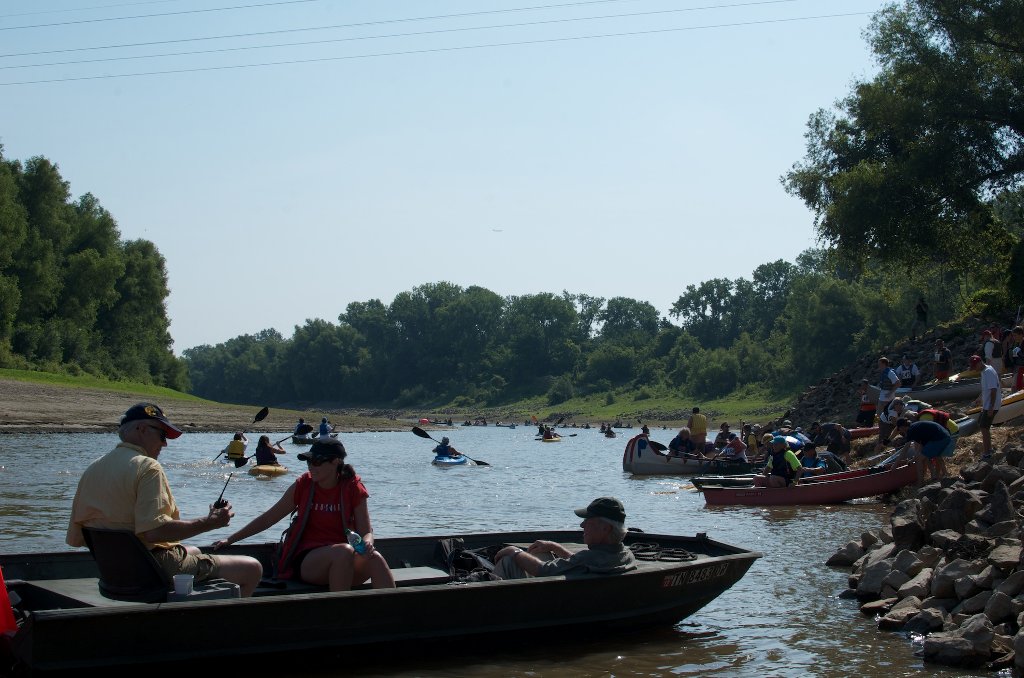 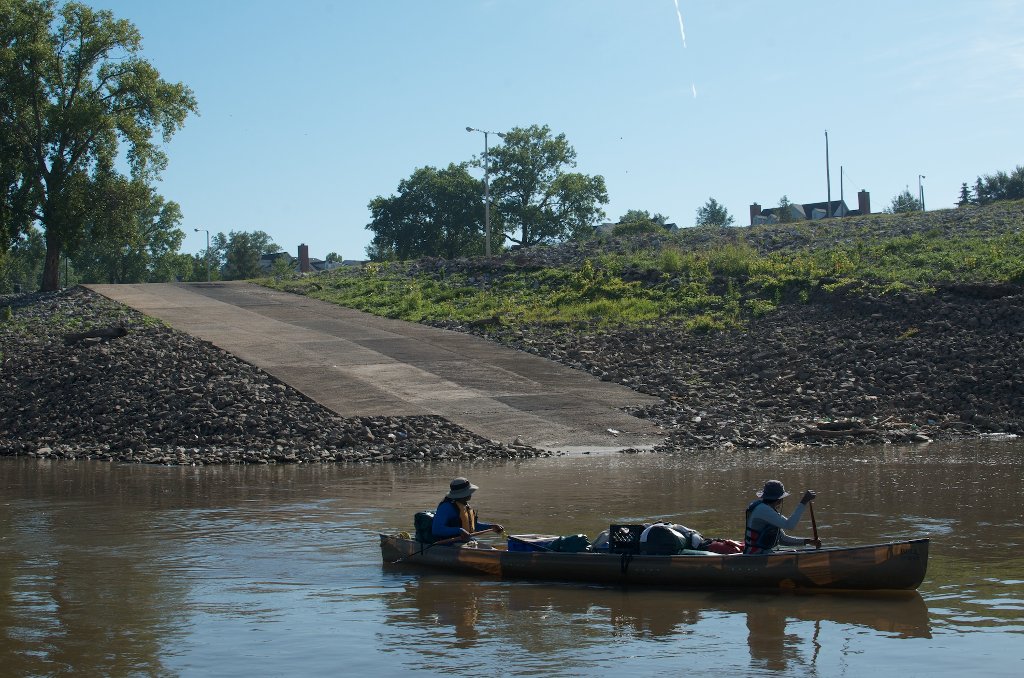 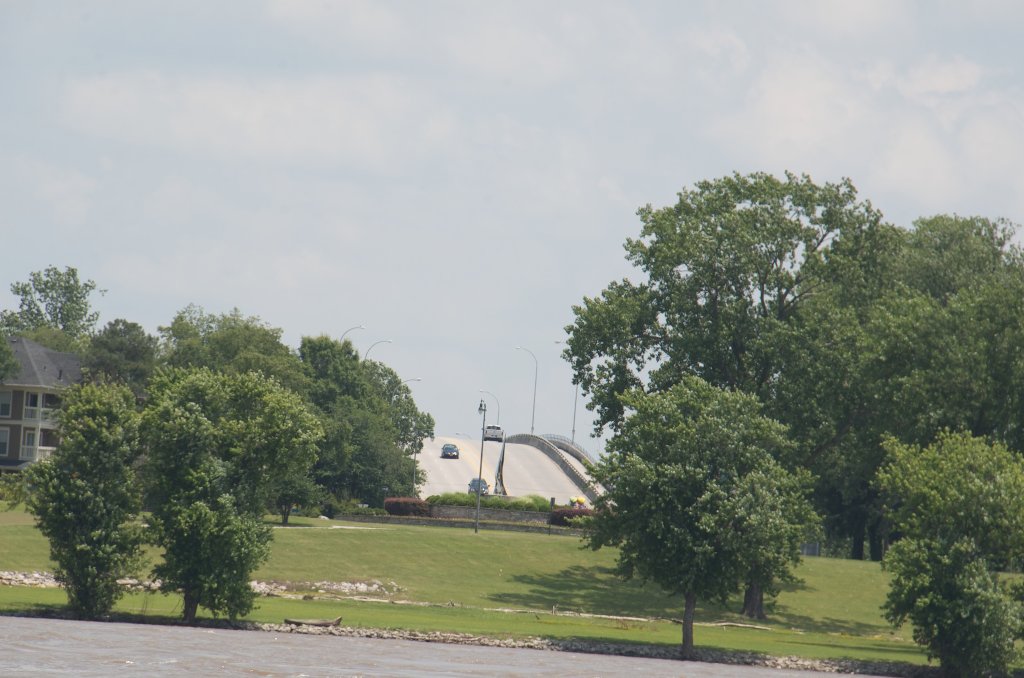 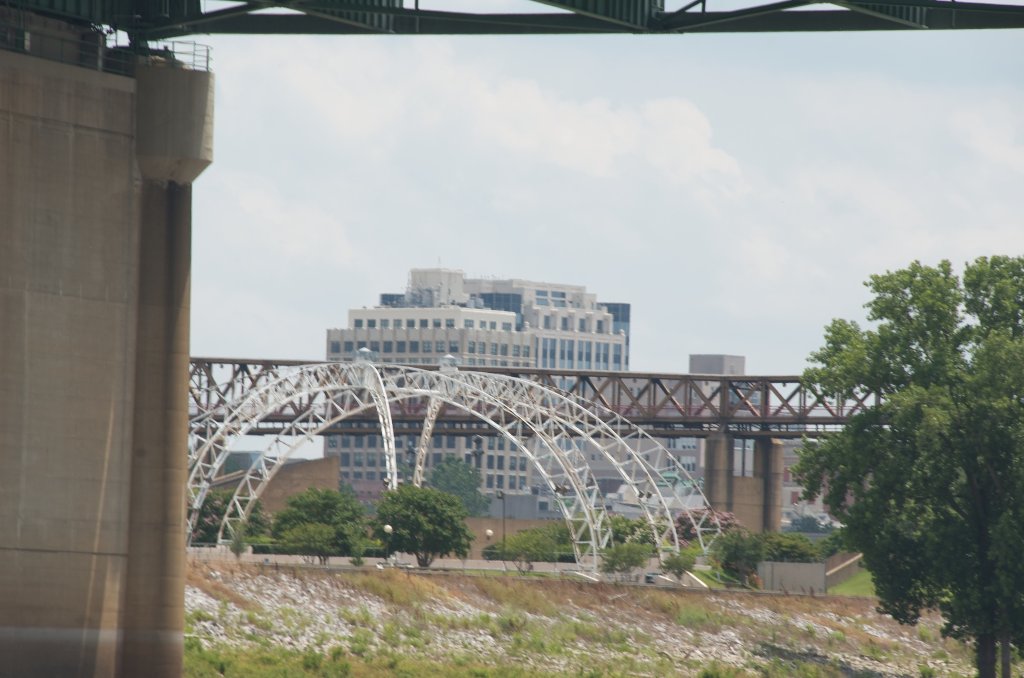