During the 2011 flood the waters surging around Wrights Point tried to bust a new channel open for the Mississippi River behind the club-shaped Nebraska Point which would have turned this area into a large island.  Fortunately for the small community and country church at Nebraska Point the waters receded before much damage was done.  But two enormous blue holes were left behind.  Blue holes are carved into the mud or sand during high water when the river cascades over some obstruction, in this case the river bank itself.  After being lifted turbulently over the obstruction, the waters cascade down the other side in powerful propulsive forces that gnaw away at the earth until it yields and a cavity is formed.  When the high waters recede a deep lake is left behind, some of which remain for decades on end.  The two giant blue holes at Mounds Crevasse, Mississippi, for instance, are still a mile long and 100 feet deep.  They were created during the Great Flood of 1927.

The US Army Corps has since stabilized the break at Nebraska Landing with a large scale rip-rap plateau artfully placed into the trees with such care that you have to look close before you realize this is man placed rock, and not sand or gravel washed into a forest.  At the same time the USACE engineers memorialized the giant blue holes by surrounding them also with rip-rap, inadvertently creating swim holes for paddlers on a hot summer day!

You might spend several hours completely circumnavigating Barfield Bend during low water.  The main channel here measures ten miles long and wraps completely around Nebraska Point. If you are struggling through a head wind, don’t worry too much, it will soon become a tail wind!  After leaving similarly shaped Tamm Bend above the downstream paddler enters Barfield riding the current in a northwesterly direction.  The waters get thrust first southward, and the southeasterly, and you will at long last exit the bend flying east through the narrows at Tomato Arkansas.  During high water you can shave significant mileage off this bend with good current by hugging the LBD.  Good low and medium water camping can be found throughout this bend, everything goes under well before flood stage.  Like the bend at island 21 your campsite here will be spoiled by the industrious doings at Nucor Yamamato, which is poorly located in between the best two sandbars along the way.  Too bad state planners can’t keep industry all concentrated in one place, and leave the wild places wild.

Rough ramp pocked by holes and cracks and placed on the riverbank in a high industry traffic location amidst the docks and cranes of Nucor Yamamato.  Concrete disappears into muddy/sandy eddy bar at low water.  No nearby services of any sort.  Our recommendation: avoid completely.  For emergency use only.

“Tomato, Arkansas, is one of the few communities on the Lower Mississippi that lies outside the protection of the mainline levee system. It was established as a shipping point for produce from truck farms in the area, and was said at one time to have the smallest post office in the world.  A man named Jones was postmaster at the time, and when his house burned down, he moved into Tomato’s post office – whereupon the post office moved into a tiny smokehouse that Jones owned.” (From Marion Bragg’s Historic Names and Places on the Lower Mississippi) 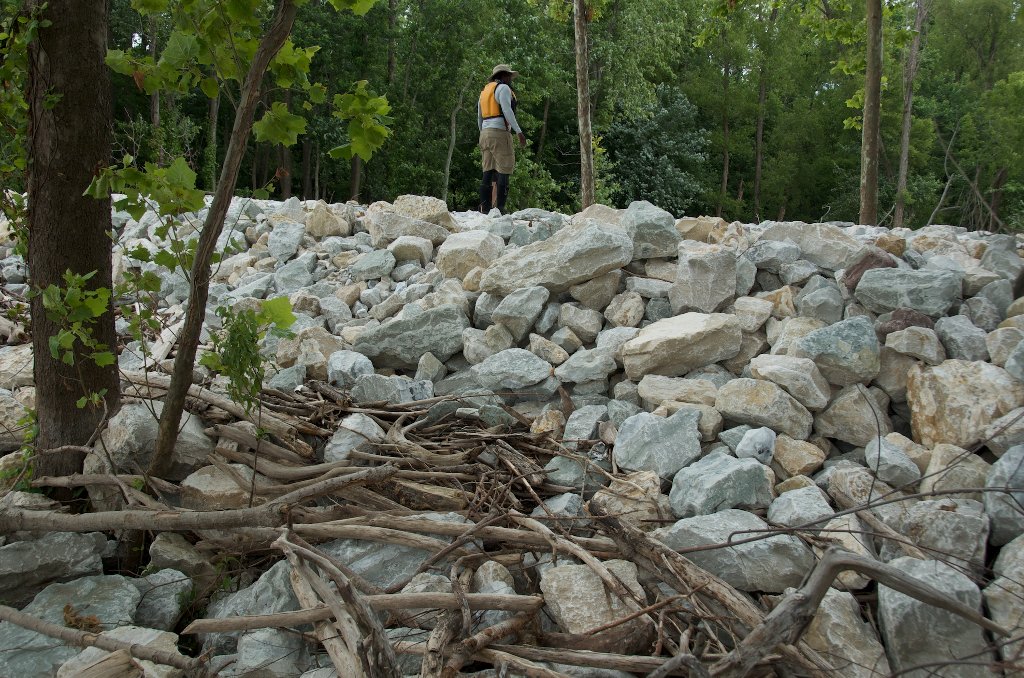 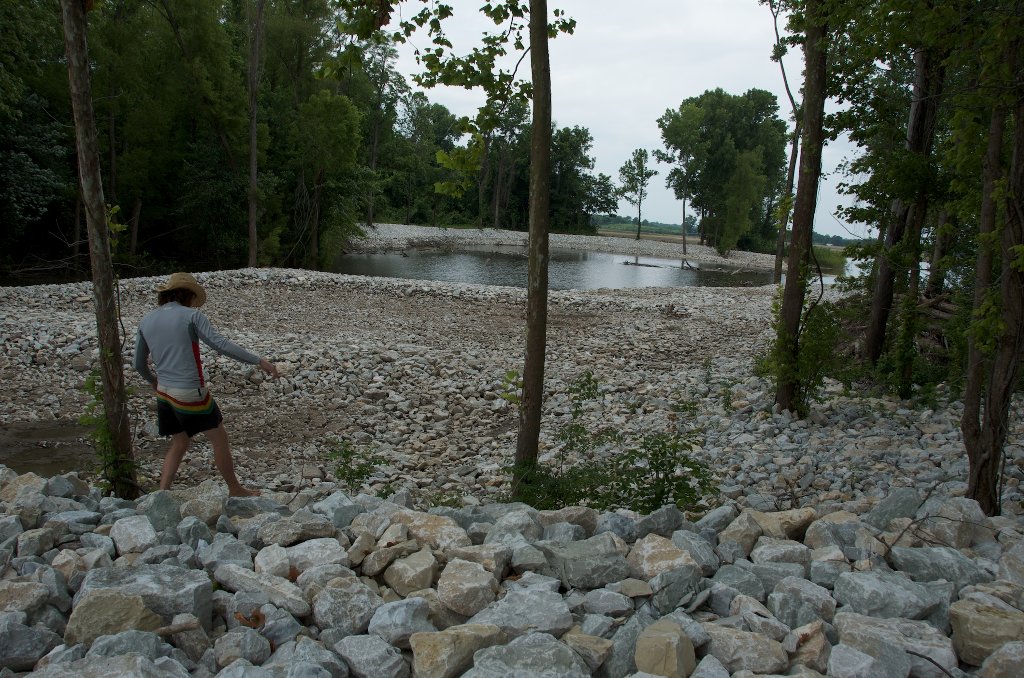 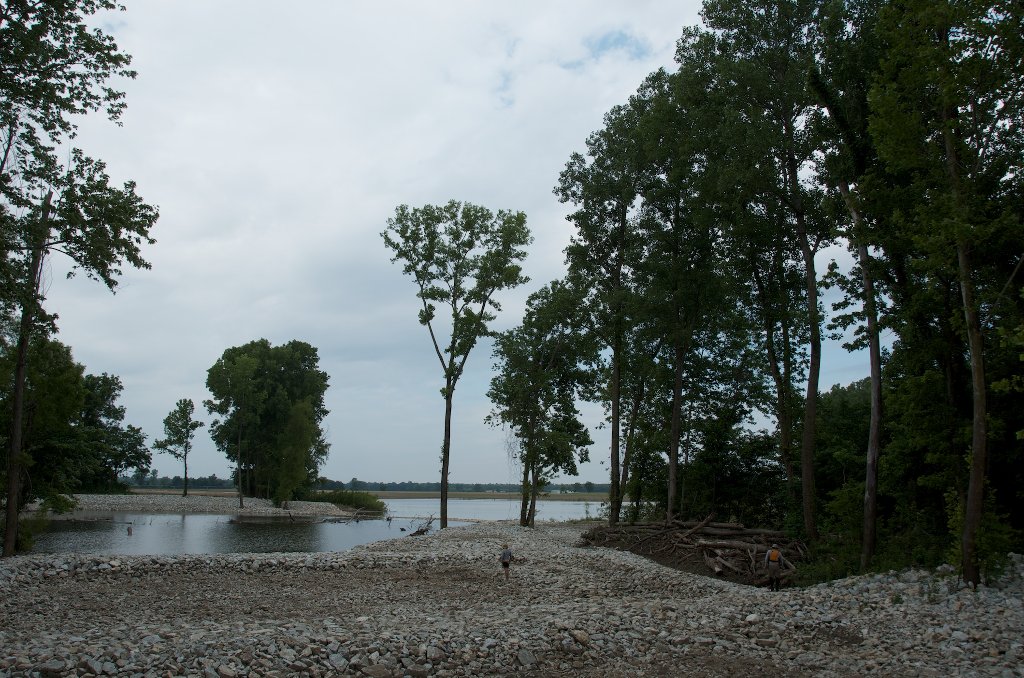 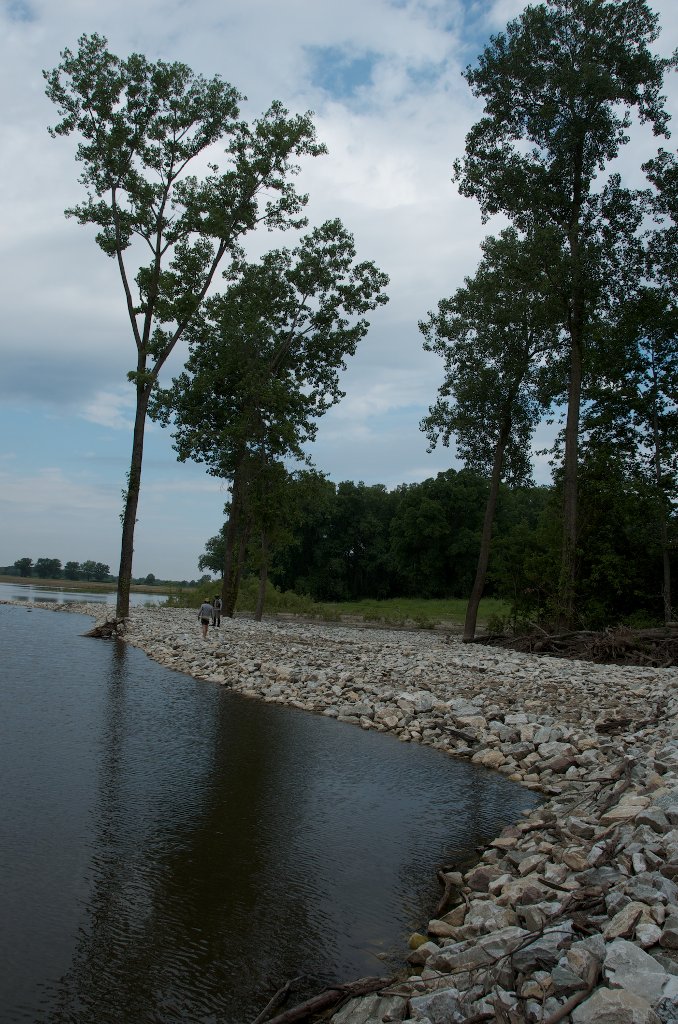