The main channel of the Mississippi makes a classic 180 degree bend around Wright’s Point.  In your canoe or kayak, you might not appreciate the shape of the channel.  But on your map or from the air you will see two distinctively shaped bends called Tamm and further downstream Barfield, one seemingly flowing in the reflection of each other.  Hence the beauty of the meandering river.

During low water you will need to follow the main channel almost eight miles to get around the deep forested Wright’s Point.  At lowest of water levels (below 5 CuG) a striking flat bar is created at the base of the forest around the bottom of Wright’s Point which could make for beautiful sandbar camping.

During high water you have the option of cutting behind Wright’s Point through a mile-wide back channel that will slice 5 miles off your journey.  As with all back channels the water flows slower behind Wright’s, but you will make up any lost speed with wildlife and peaceful flow, and of course less distance.  Three canoeists recently jumped into this back channel after crossing paths with the 2-screw Daytona pushing 12 petroleum barges.  After a half hour of paddling down the length of the back channel the three canoeists eagerly re-entered the main channel and found themselves again confronted amid-ships with the very same 2-screw Daytona!  I would have liked to known the tow pilot’s thoughts as he noticed this same canoe 8 miles downstream!

Following the main channel paddlers will scoot past the nondescript mouth of the Obion  River LBD 819.3 (which would make an interesting sidetrip for paddlers wanting to view turtles, waterfowl and other local wildlife) and not far downstream Tamm’s Landing LBD 817.8.

The Obion is the biggest Mississippi River tributary in Northwestern Tennessee, but unfortunately its entrance into the big river is diminished by the unsightly placement of a small industrial docking in the form of a gravel operations.  Gravel is dredged from the bottom of the Mississippi River and used on land for road building and concrete.  Undoubtedly this ugly floating dock & separator was placed at the mouth of the Obion to take advantage of the smaller river’s scouring action.  But this seems like an insulting way to herald the entrance of noble Obion which provides irrigation and drinking water for all of this corner of Tennessee, including nearby Dyersburg and environ via its famous tributaries the Forked Deer.

Adventuresome paddlers could make a detour by paddling their canoe or kayak or stand-up-paddleboard up the Obion and explore the bottomlands of western Tennessee.  The channel is lined by fields of corn and soybeans for several miles up to the junction of the Forked Deer, and here the noble forests are protected when you cross the boundary of Moss Island WMA.

Marion Bragg’s Historic Names and Places on the Lower Mississippi reports that “One of the legends connected with the Obion is that Davy Crockett killed 105 bears near the mouth of the river. The story may be true, for most of the early explorers and early settlers who recorded their experiences mentioned that bears were very plentiful along the banks of the Mississippi before the wilderness was overrun with people.”

39 miles upstream the Obion/Forked Deer is Dyersburg, NW Tennessee’s largest population and cultural/education center.  Home of Dyersburg State Community College.  Biologist Dr. Ken Jones of DSCC has conducted colony counts of the endangered Least Tern for the past twenty years down the Middle and Lower Mississippi River.  On some islands on some ideal years the count has exceeded 3,000 colonies.   Other years (notably 2011) the count was negligible due to the flood which occurred during mating season.

The Mississippi River Corridor-Tennessee has been working for years to create a “blueway” to run the rivers from the Forked Deer River in Dyersburg, Tenn., onto the Obion and then follow the Mississippi River to Memphis.  This effort coincides with the slow but steady rise of recreational paddlers on the Lower Mississippi — which not coincidentally is the primary reason the Rivergator guide is now being written and published! 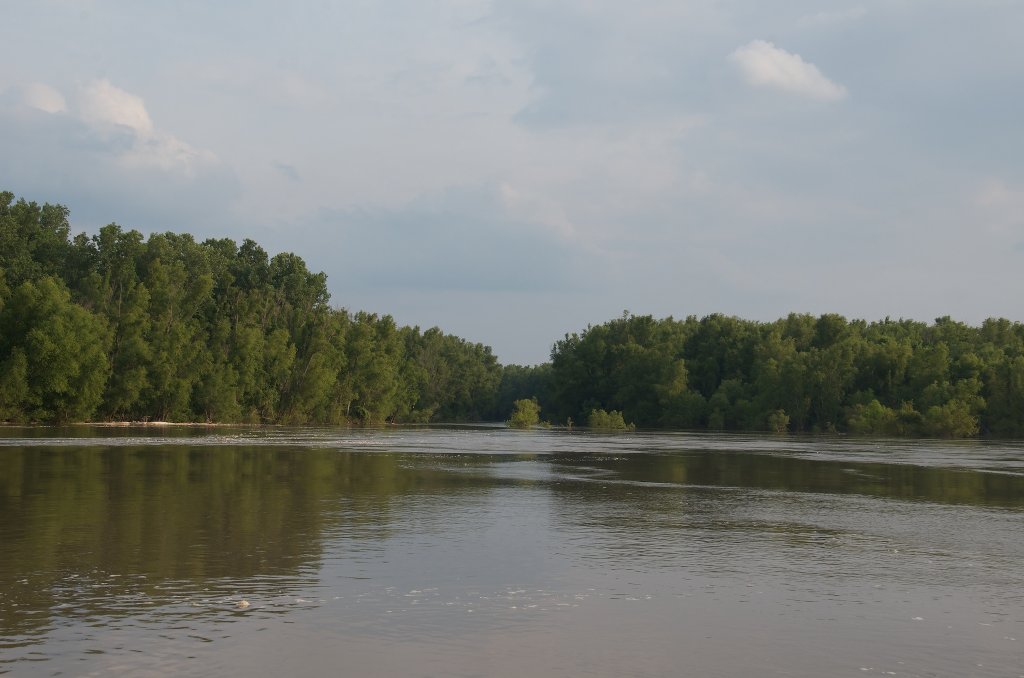 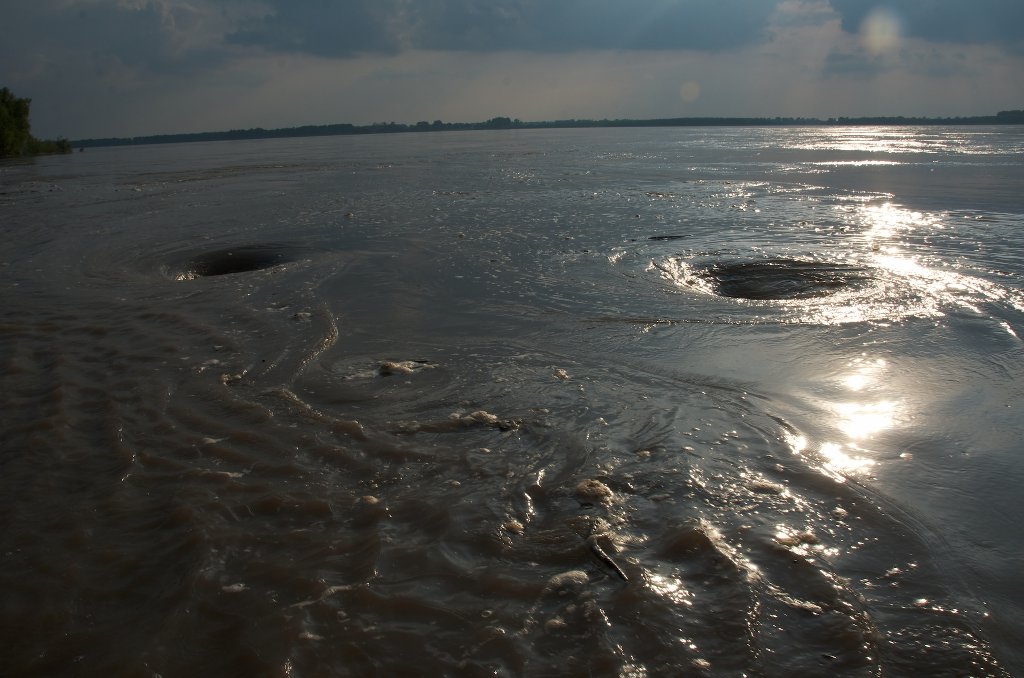 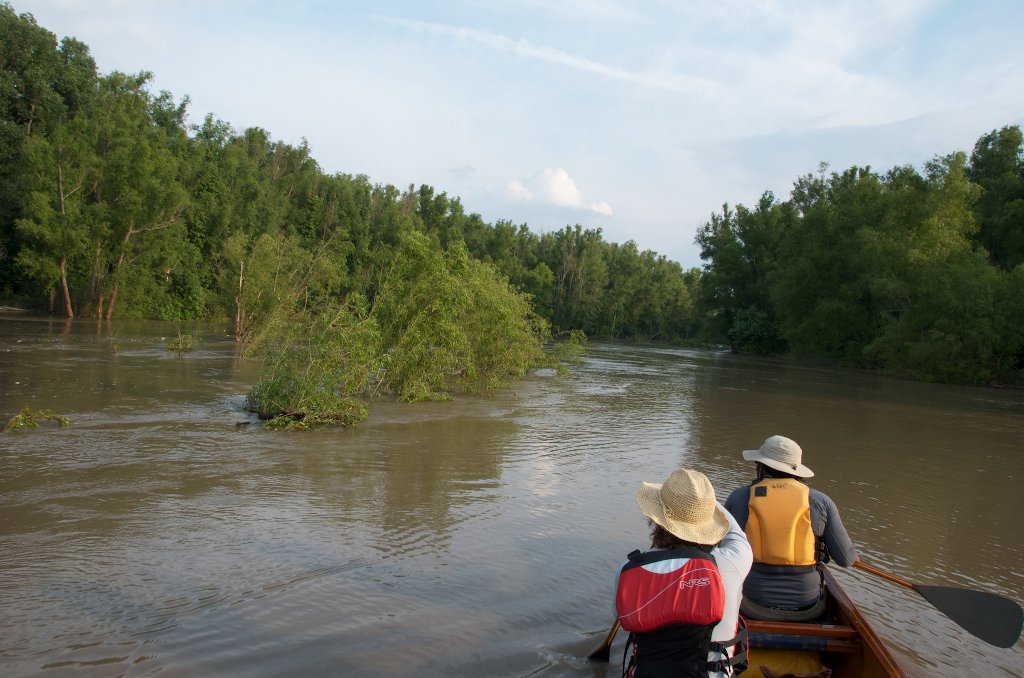 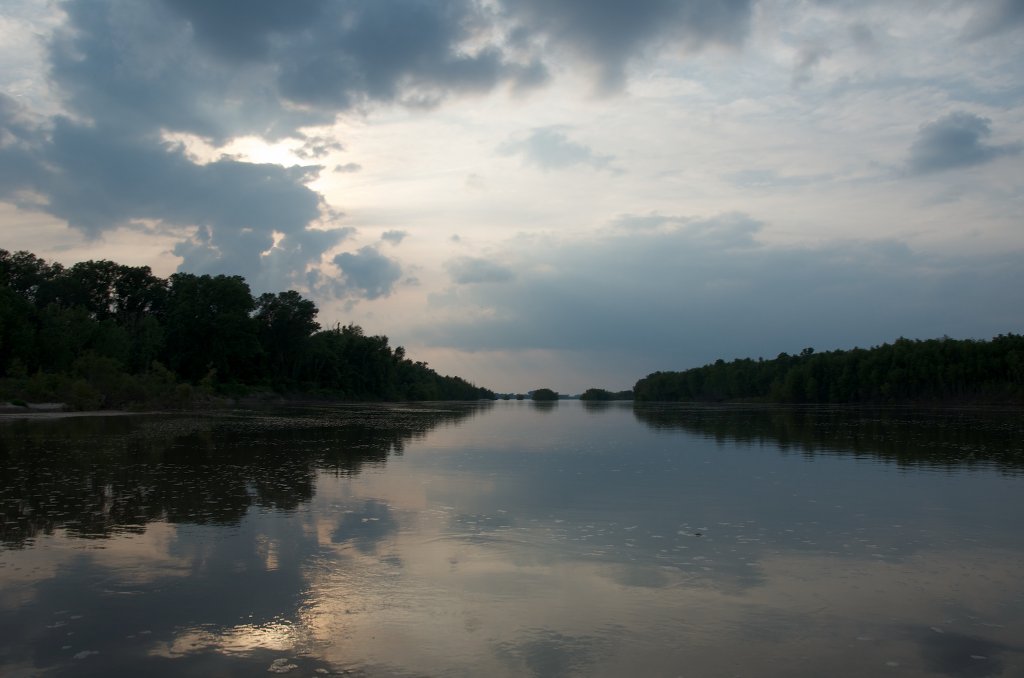 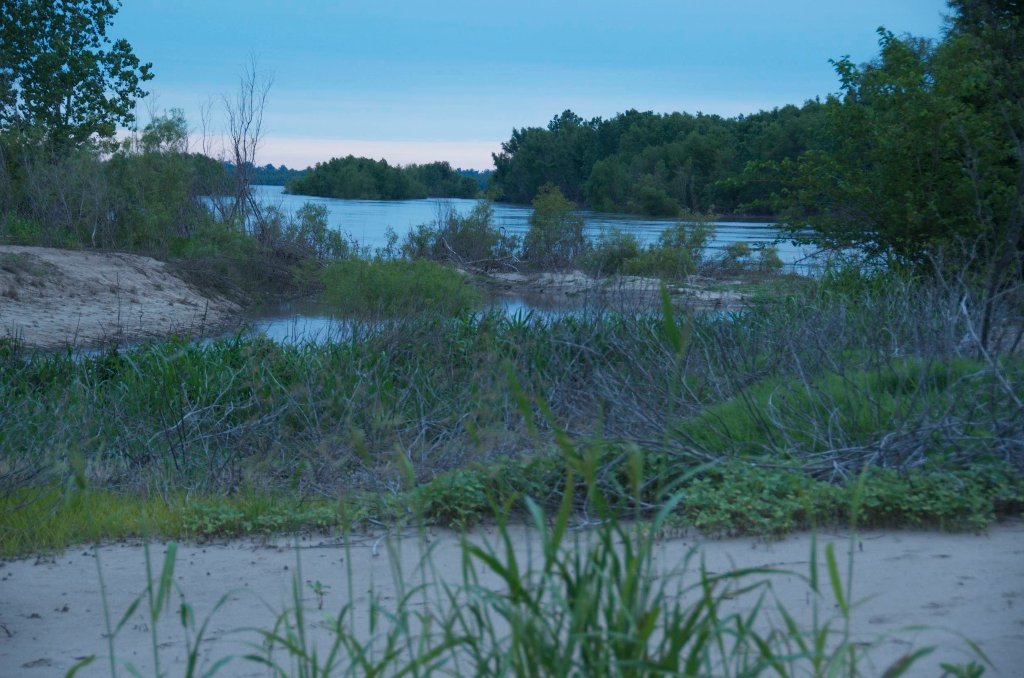