As you paddle around Craighead Point RBD 779 (opposite the Old Channel of the Forked Deer) you will be rewarded with one of the most arresting views along the Lower Mississippi: the First Chickasaw Bluff.   It seems like the entire river slams up against its face.   This cliff-lined muddy bluff commands two miles of the Mississippi River rising to several hundred feet tall and then collapsing into the main channel of the river in a series of jagged edges and earth-colored layers.

Paddle as close or as far away as you want to the base of the muddy cliff bluff, but be wary of turbulence and collapsing sections of mud, which frequently separate outwards from the main bluff and fall into the river.  This is a living earth location, with almost as much drama as a calving glacier.  Every time I paddle by it has changed, sometimes significantly.  Halfway down its length you might notice a ramshackle farm house hanging precipitously over the edge in a pile of angled walls, exposed timbers, rafters, trusses and bricks.  When I first paddled by in the winter of 1983 this farm house was safely intact several dozen feet from the cliff edge surrounded by a small plot of trees and gardens.  Now thirty years later in 2013 it precipitously extends over the ragged cliff line and threatens to collapse any day into the water.

You can make landing in any number of muddy alcoves along the base of the cliff, but beware collapsing mud.  Several large eddies provide a place to curl in off the main channel (which moves very fast at this location) and find a suitable landing.  Pick a place well away from the cliff line.  Be sure to pull your vessel completely out of the water, or risk losing it to the waves of a passing tow.  The waves here can jump abnormally high due to the consternation of the fast water and ricochet effect off the cliff wall.  As mentioned above, beware of collapsing mud from above.  Don’t picnic or camp directly below and of the cliffs, especially after rainfall, or a deep freeze.

Because of its southwesterly orientation diagonal to the sun, the First Chickasaw Bluff is in shadow most of the morning, until noon or later, and is best viewed by the light at end of the day.  The impression of this spectacular sight becomes enhanced even stronger at sunset, especially on a calm evening when the mirror face of the river reverberates effervescently with the yellow-orange colors of the cliffs, striations of earthy light and muddy darkness, and the lively colors of the sky are traced in the boils, ripples and eddy lines of the big river rolling around the bend.  Best place to view the 1st Chickasaw Bluff is at sunset RBD floating down the Arkansas side of main channel past the top end of Sunrise Towhead.  The scene is highly attenuated during fall colors with the vibrant colors from the mixed hardwood forest covering the top of the bluff. 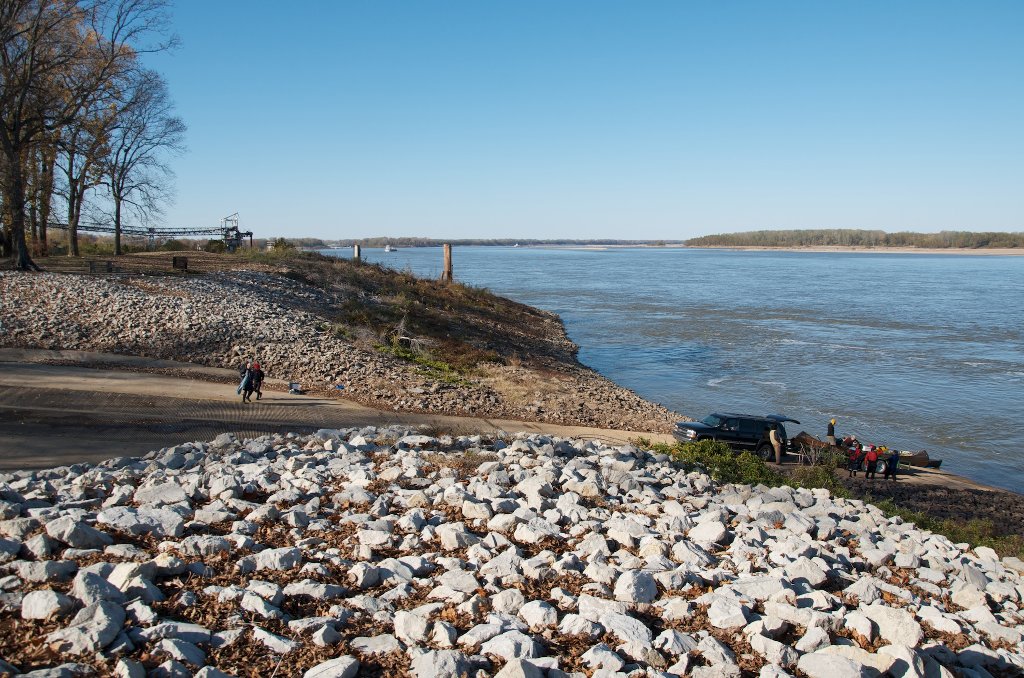 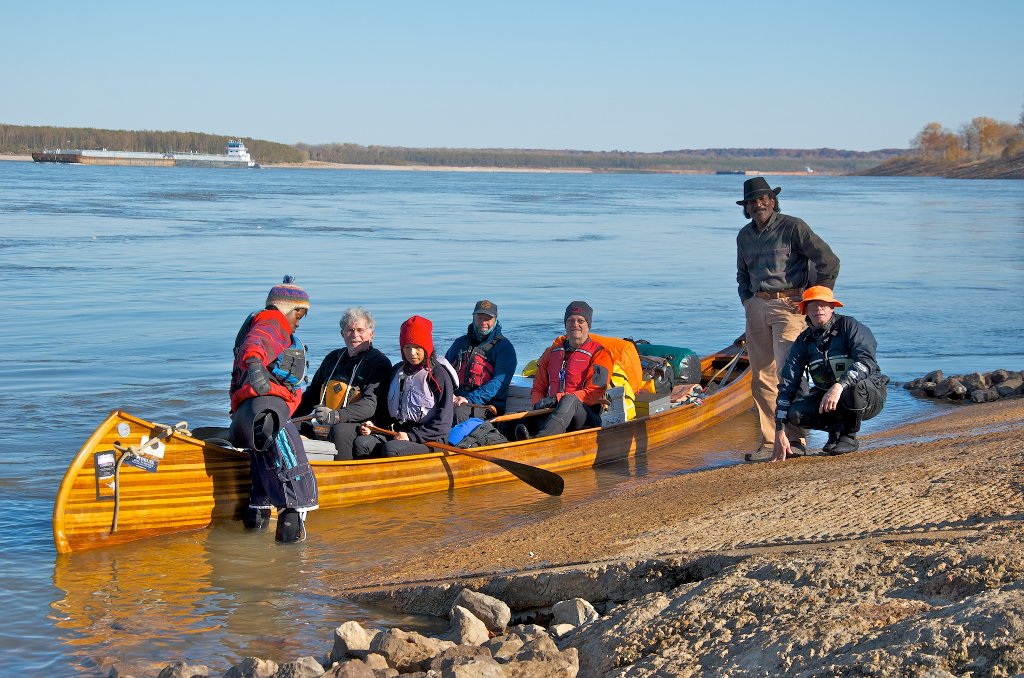 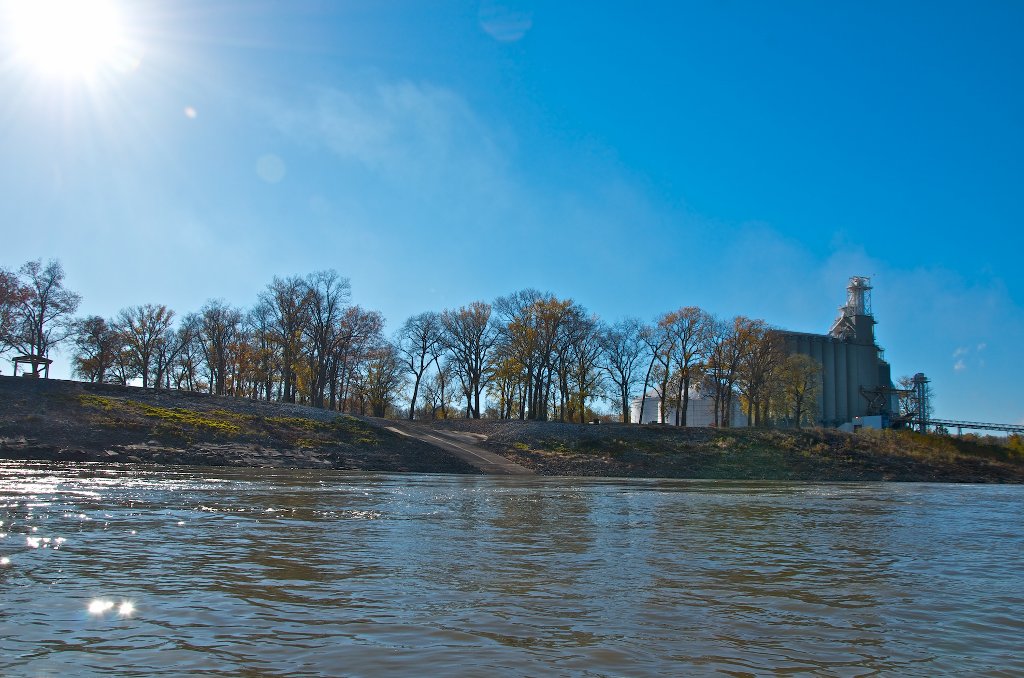 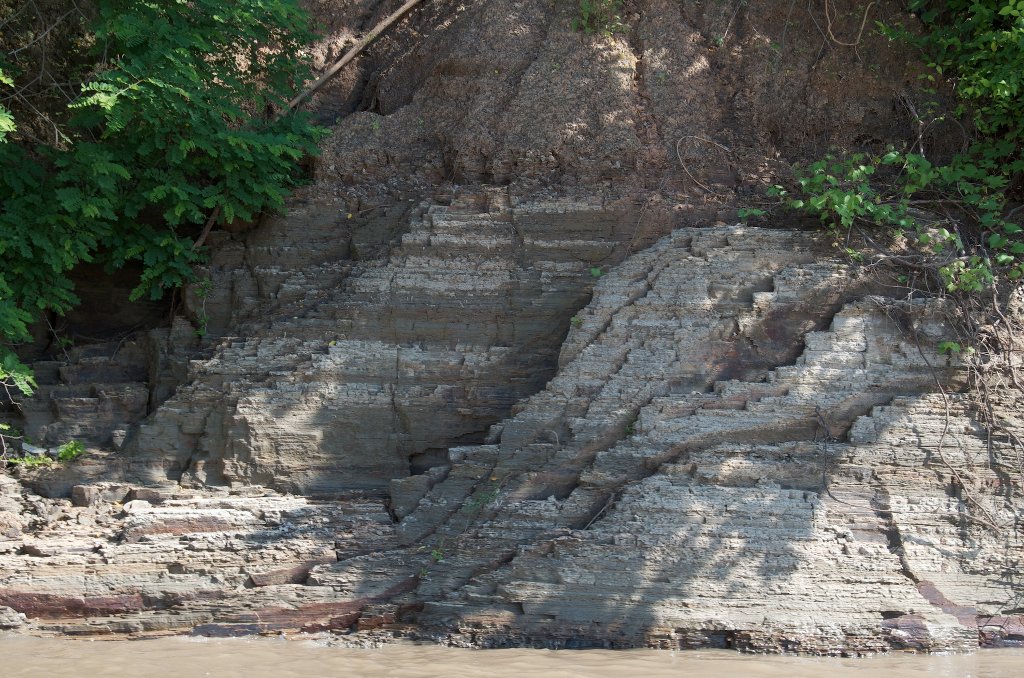