You can learn a lot about the Mississippi River using Google satellite maps, bearing in mind certain parameters.  First the Google map-images were recorded from space during a season of low water, hence the islands and sandbars are at their largest, and many back channels that are open at higher water levels appear to be closed.  Unlike highways which don’t change shape or position with the seasons, the islands of the Mississippi River and their back channels are dramatically affected by water levels.  And so the paddler needs to remember that the shapes of low-lying landmarks like the sandbars and wetlands seen on Google Satellite Maps or Google Earth is probably not what they are like on any given day when you are out on the river.  Be forewarned not to assume that the perfect-looking sandbar you see on you iPhone will be there!

Secondly, river levels change with the Google Maps zoom.  Take Choctaw Island for example.  When you go to Satellite view for the Mississippi River near Arkansas City you will see that Google employs various depictions of Choctaw Island.  (I have created map at:  http://g.co/maps/wmese)  Use the zoom tool to change scale.  Pay attention to scale icon at bottom left.  At zoom 1 = 1 mile and above you can see the back channel partially open & flowing well.  The water level is probably around 3AG.  However change the zoom to 2 = 1mile and lower you will see the back channel almost completely occluded by sandbars.  The water level in this depiction is certainly -4AG or lower.

Thirdly, for amorphous locations like river confluences and shifty river islands, what’s seen on Google Terrain may not be what’s seen on Google Satellite.  The maps from the mouth of the Arkansas are a good case in point.  Click on the map I created for the Mouth of the Arkansas Round Trip http://g.co/maps/syhs8   Look at it in Terrain, and then go to Satellite.  You will see that the Arkansas River channel occupies different channels!  This is not a mistake on Google’s part.  What you see in Terrain is from the 1972 USGS survey.  Since then the Arkansas has chosen a new path and carved out a new confluence location two miles from the older one.  This is the nature of this ephemeral river-scape.  It will be interesting to see how the current Arkansas River channel changes in the upcoming years, and how well Google will keep up with it. 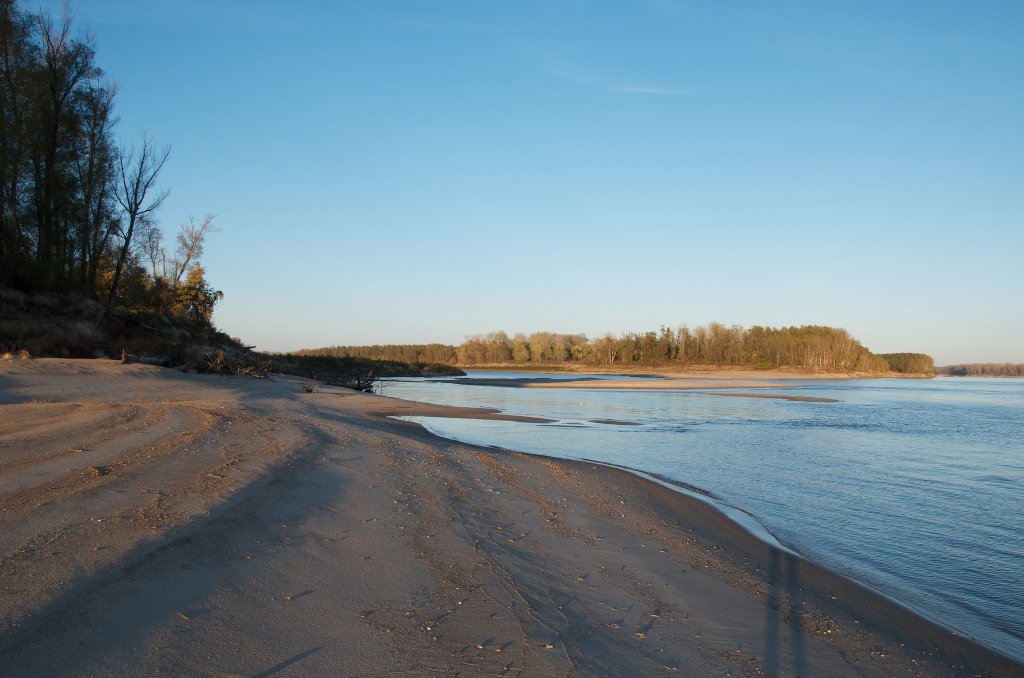 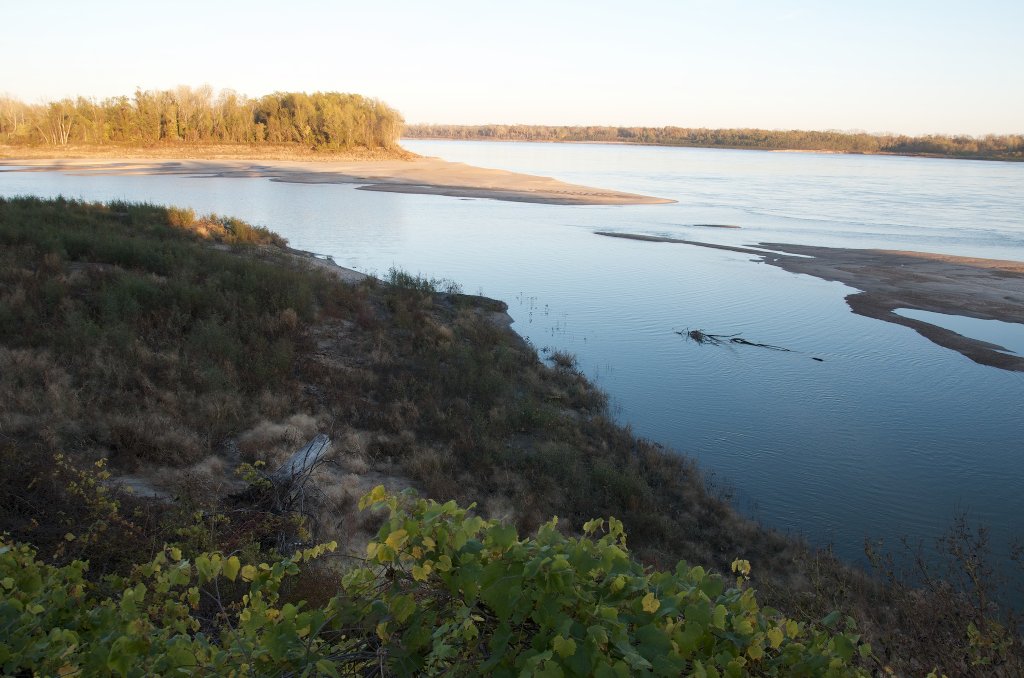