There is a large eddy several hundreds yards-wide at the Mud Island Harbor entrance.  As mentioned above the harbor opens up just past a sometimes muddy, sometimes grassy, and sometimes sandy spit that marks the end of Mud Island.  Ride the eddy out and use it to your advantage to swirl to gain the slackwater beyond.  If you are taking out or resupplying in Memphis you have three choices for public landings, 1) the Memphis Yacht Club Marina, which is about a half mile up the Harbor on the left, 2) the Coast Guard Boat Ramp which is about a mile up on the right.  Both described in greater detail below.   The first is friendlier, but a longer walk into town.  The second is closer to conveniences, but not a safe place to leave your canoe or kayak unattended.  Or 3) pull up anywhere along the long cobblestone riverfront below downtown, where all the steamboats used to dock in the glory days of the Steamboatin’ era.  All of downtown’s attractions and businesses of importance to a long-distance paddler can be reached with a quick walk, including the downtown library, the downtown post office, restaurants markets, hotels, museums, and of course all of Memphis music clubs, notably Beale Street.

You will be greeted into the harbor by a long slice of a building shaped like the mouth of a smiling whale with gleaming rows of tall panes of glass for teeth and a maroon curly-cue gangplank leading to a maroon dock.  This dock, called Beale St. Landing, is the home base of the American Queen Steamboat, biggest and most powerful steamboat ever on the Mississippi River.  Further up the harbor along the cobblestone you might see the Island Queen, the Memphis Queen, and above them the Autozone headquarters, The University of Memphis School of Law (Old Customs Building), and others further back like the famous Peabody Hotel, Metro 67, Madison Hotel, Comfort Inn, Memphis Business Journal, Up Building, and others.

You can relive your expedition walking a scale model of the Mississippi River at Mud Island Riverpark Museum.  While you’re there visit interpretive exhibits about the history and culture of the river, and the establishment of Memphis on the 4th Chickasaw Bluff.  Changing exhibits throughout year.  Live music summers in open air amphitheater.  Gift Shop and restaurant.  Monorail over harbor into downtown.  Open 10-5 Tuesday thru Sunday, April through October.  901-576-7241 or 800-507-6507.

Harbor left beyond the seven flags a replica keelboat is on display above the rip-rap, signed with the name Angela’s Ark.  She arrived in Memphis several years ago bearing a rag-tag group of re-enactors re-tracing Meriwether Lewis’ final journey, which was a downstream expedition to Memphis from St. Louis.  From Memphis the depressed leader of the Lewis & Clark Expedition went by horseback to the Natchez Trace toting all of his uncompleted journals, and either committed suicide or was murdered at a tavern along the Trace in October of 1809.  Fortunately for history, the journals were saved and later assembled for publication. 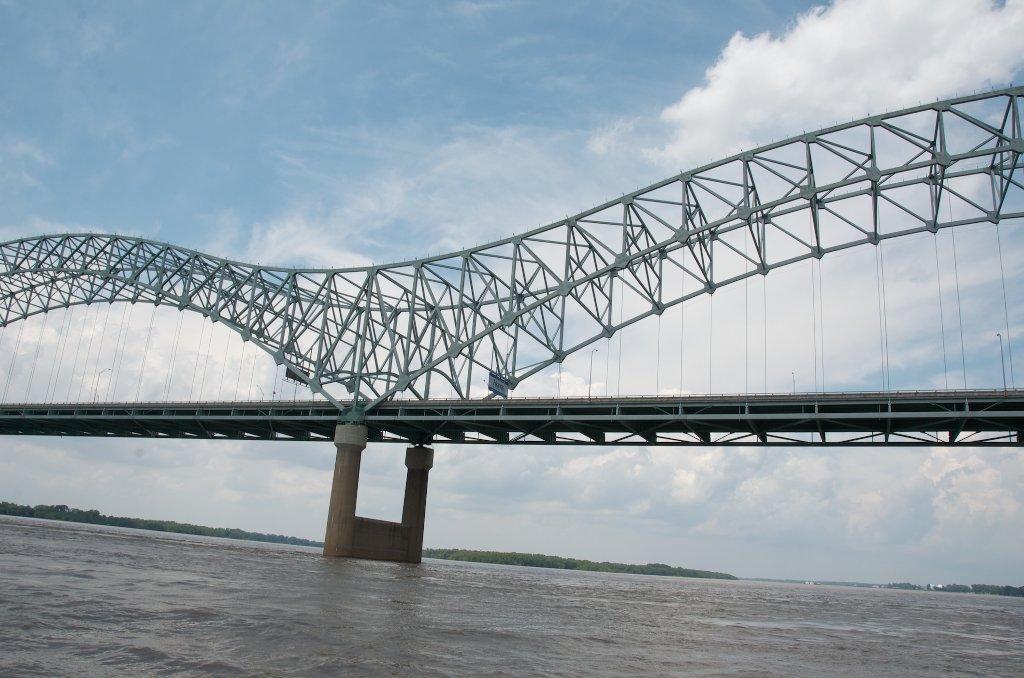 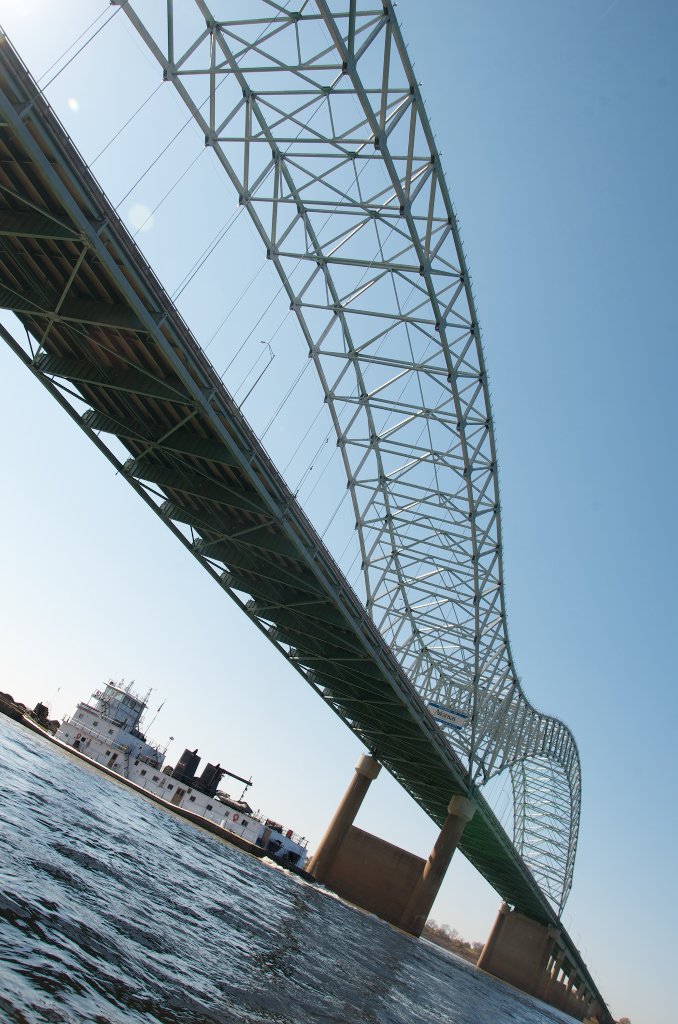