Island 25 has been absorbed into the mainland around Tomato Arkansas.  Low water camping only on shifting sandbars that accumulate around the Is 25 Dikes.  Once you come around the Bend of Island 25 the downstream paddler is confronted with a numbing sixteen-mile long straight shot to the southwest, the result of several cutoffs and straightening of the river from the meandering bends once found here.  During low water, you must stay main channel.  But during high water you can dive into a series of meandering back channels and avoid the monotonies of the main channel completely.

The below passage from Marion Bragg’s Historic Names and Places on the Lower Mississippi:

Island No. 25 was severely shaken by the earthquakes in 1811·1812. Flatboats often traveled in large groups for safety’s sake, and Captain John Davis was a pilot on a boat in one such group of boats. On December 15, 1811, the flatboatmen had tied their boats at Island No. 25 for the night. They were all rudely awakened at two o’clock the next morning, and found the earth in chaos around them. Captain Davis described the scene in part as follows:

In a few seconds the boats, island and mainland became perfectly convulsed, the trees twisted and lashed together, the earth in all quarters was sinking, and the water issued from the center of the 25th island just on our left, and came rushing down its side in torrents; and on our right there fell at once about 30 or 40 acres of land, some say 300 acres.

Captain Davis and his party completed their hazardous journey successfully, but not without some very anxious moments.

Paddlers enjoy a a multitude of options in the Ashport-Keyes-Gold Dust-Osceola area. Indeed, if you wanted, you could paddle through this entire section and not have to cross paths with a single towboat!   Main channel is a long straight shot 15 miles SW.  If you’re not hurried, turn into one of the below described back channel options for the sparkling delights of big trees, plentiful wildlife and possible encounters with local fishermen.  Lines on maps depict approximate best route.  Adjust as necessary for wind, weather, and water level.  Most back channels are closed until the river rises above 15 on the Caruthersville Gauge, with best flow at 25 and above.

The Main Channel is a 15 mile straight shot down to Osceola with some gentle meanders along the way.  Once you get around Island 25 follow the fastest water bank left halfway down towards Gold Dust, and then ease bank right for the long bend around Plum Point, with the Osceola Harbor RBD at the bottom of Island 30.  If the river is high and you want some relief from the main channel monotony, keep reading below for some of the options.  Some of these you can mix and match and still make decent downstream time.  Others you will have to choose and stick to it for many miles before you can return to the main channel (such as behind island 30).

If the river is high (20 or above on the Caruthersville Gauge) paddlers can duck behind the topmost island at river left LBD 792 and hug the left bank all of the way around never-ending Plum Point and then behind Driver Island for a return to Main Channel.

Extensive sandbars at medium and low water levels extending from a long chain of willow-topped island.  At high water you can cut behind these islands through any number of openings, the first found at the base of Island 27.   Follow your paddler’s bliss into a half-mile channel with smooth boiling bubbling laminar flow over a series of dikes 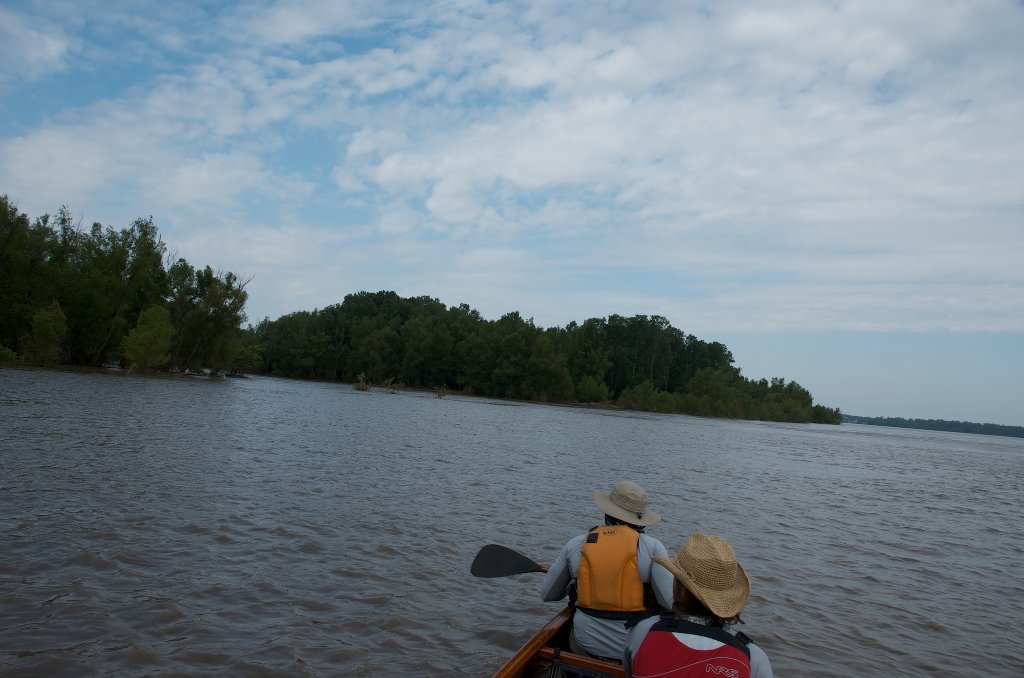 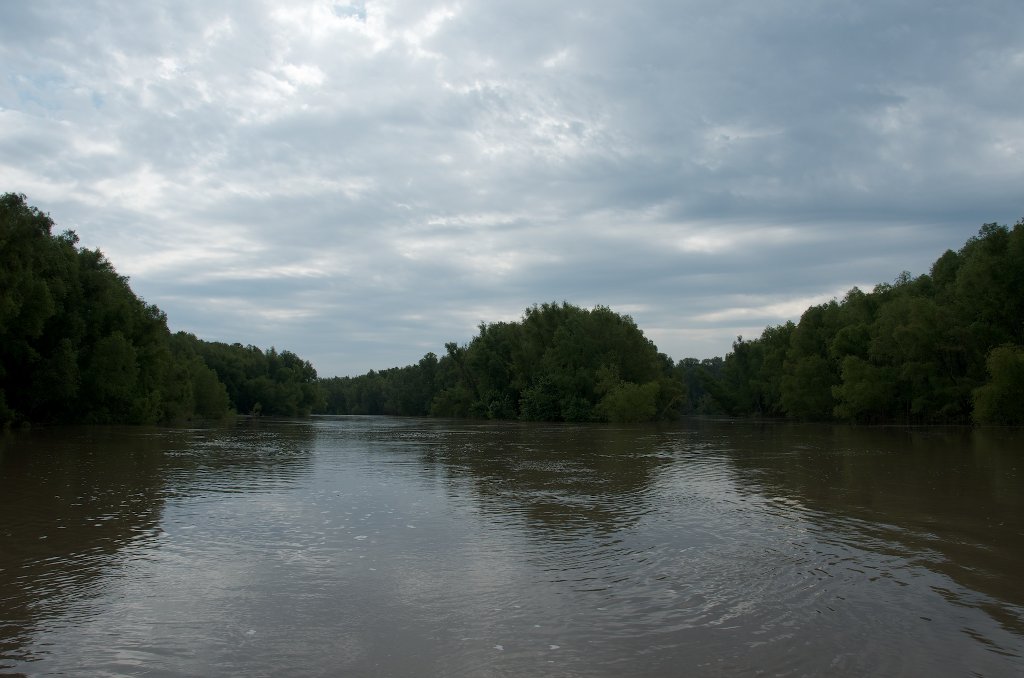 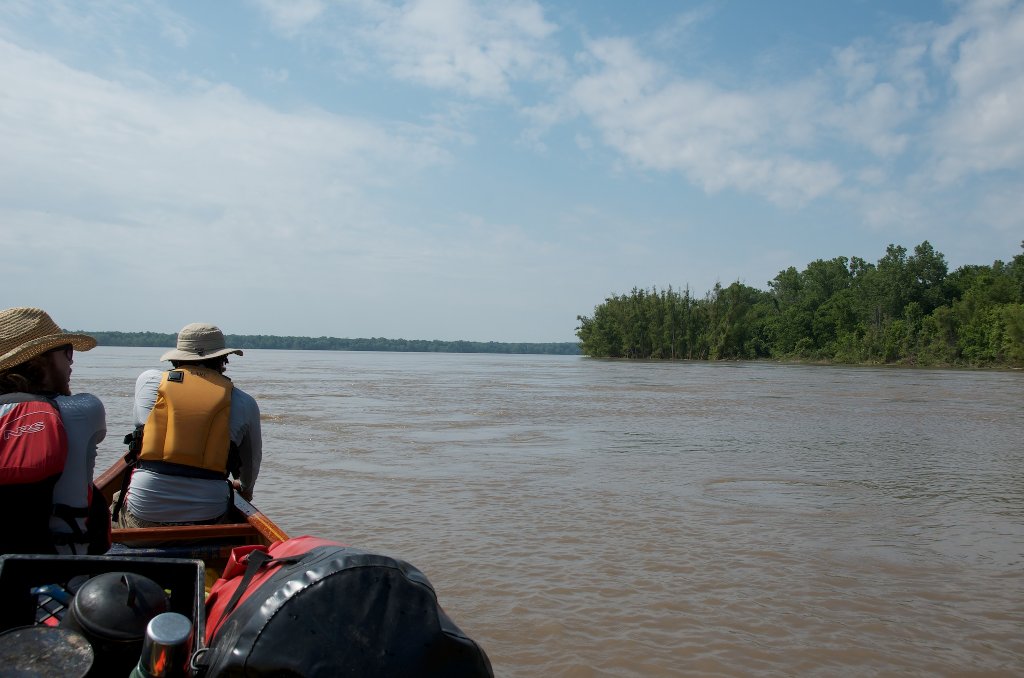 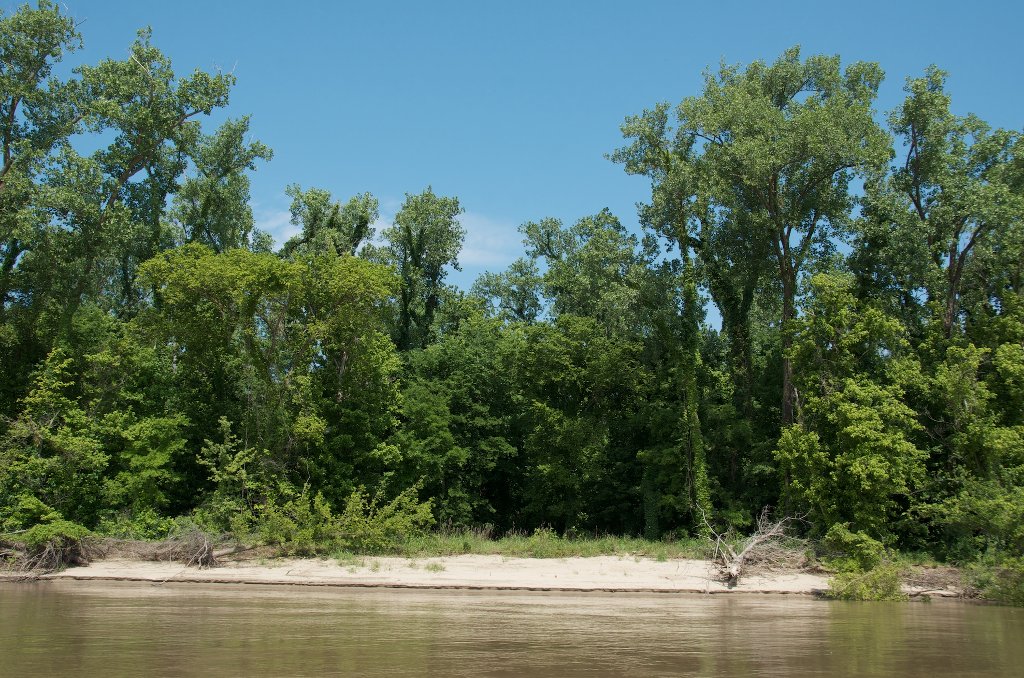 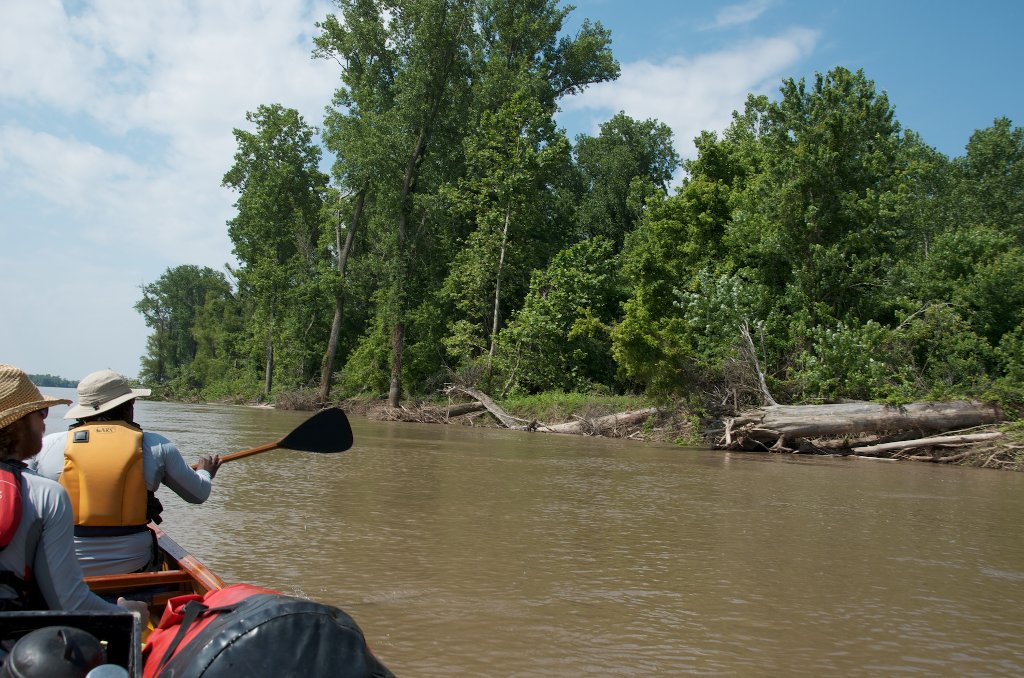