Private Hunting Camp Island.  Setting for one of Mark Twain’s stories from Life on the Mississippi.  Access to Quapaw Landing behind Island (See below).

Great back channel to explore.  Highly recommended — unless you’re already camped on Island 62.  If you are proceed to bottom end for a view into this un-imporoved back channel, its banks mostly free of the endless rip-rap, rock and revetment of the main channel.  Your only access to Quapaw Landing is through this chute either via the top end of Is. 63 or via its bottom end (see below).

When the river is above 10HG Paddlers wanting to reach Quapaw can enter the chute of Island 63 above the island and enjoy the wilds of the back channel.  This chute used to be bisected by a tall rock dike that corked off the flow until medium water, somewhere around 20 HG.  However, after dike being busted open in 2009 as one of the many notching projects initiated by the Lower Mississippi River Conservation Committee the river now pours through at lower water levels.  The 2011 flood scoured this opening even deeper and much more water is flowing through.  Now this opening is flowing at even lower water levels, as low as 5HG, and is full-throttle waterfall with a three foot drop at 10HG.   Be ready for some big standing waves and swirling turbulence.  Playboaters will love this notch as a surfing feature!  On a stand up paddleboard you could eddy out and return to the train of waves for some fun in the muddy surf!  Whitewater can be expected here until the river climbs above 20 HG.  Paddlers: put on your lifejacket and strap down all loose gear and then aim for center channel and follow the V-line through the rocky walls and pounding waves beyond.  If you flip over you can eddy out and recover on one of the muddy banks or isolated sandbars.  Best practice: stop and inspect first.  If you don’t like the look of things or don’t want to risk a capsize, approach one of the ends of the dike and portage over.  Or, avoid this channel completely and go for the bottom entrance to Quapaw.

Quapaw Landing is approximately four miles down this chute LBD.  Unmarked.  See below for description.

Good solid concrete ramp, but narrow and steep.  Sometimes muddy when the river is dropping and the county road crew hasn’t gotten out to clear it off.  Serviceable at all water levels up to 39HG when the parking lot above starts going under water.  Completely submerged (but still usable) at 41HG.  You will have to park vehicles on the Old Levee Road (Burke’s Point Road) and take-out off the old levee surrounding this landing when the river gets up to Flood Stage (44HG).

The concrete ramp at Quapaw Landing angles northwesterly down to the river through an abrupt muddy bank full of mature willows.  As with all Mississippi River Landings, it is unmarked from the river.  It is difficult to spot from the water until you are at just the right angle below it.  Paddling up from below (from the bottom end of the island) you should be able to locate the landing with no trouble if you keep looking for it.  But it is much more difficult to find from above because it remains hidden by deep muddy banks until you pass below it.  If you are floating down behind Island 63 with intentions to make landing hug the LBD after a couple of miles from the top entrance  keep looking back up into the wooded banks.  Eventually you will locate the landing, but it is helpful if you keep a map handy and if you have one a GPS.  Otherwise, using dead reckoning Quapaw can be located LBD along the southern shore as the the back channel begins to curve westward toward its final opening back into the river.  After dark you might spot the flood lights that have been installed in the small parking lot above the ramp (if they haven’t been shot out by the roustabouts who sometimes party there).  Overnight parking not recommended.  Park in Clarksdale and arrange shuttle.  12.4 miles from Quapaw Landing to downtown Clarksdale. 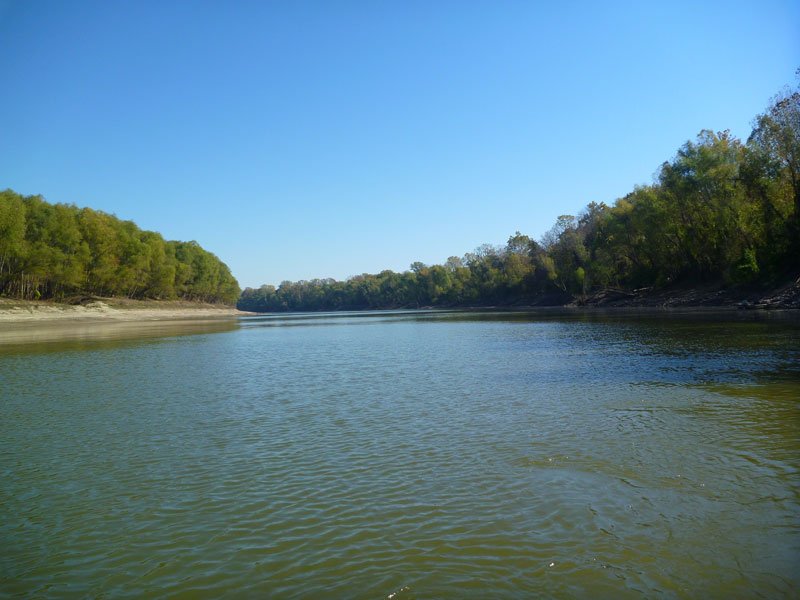 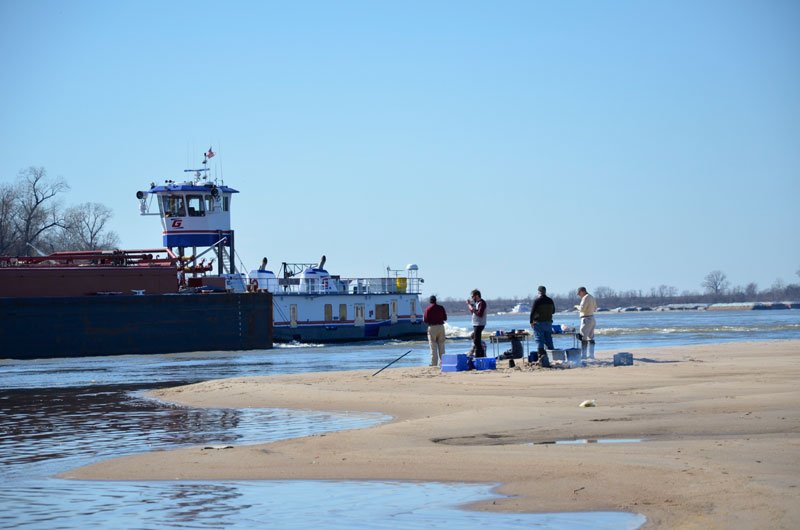 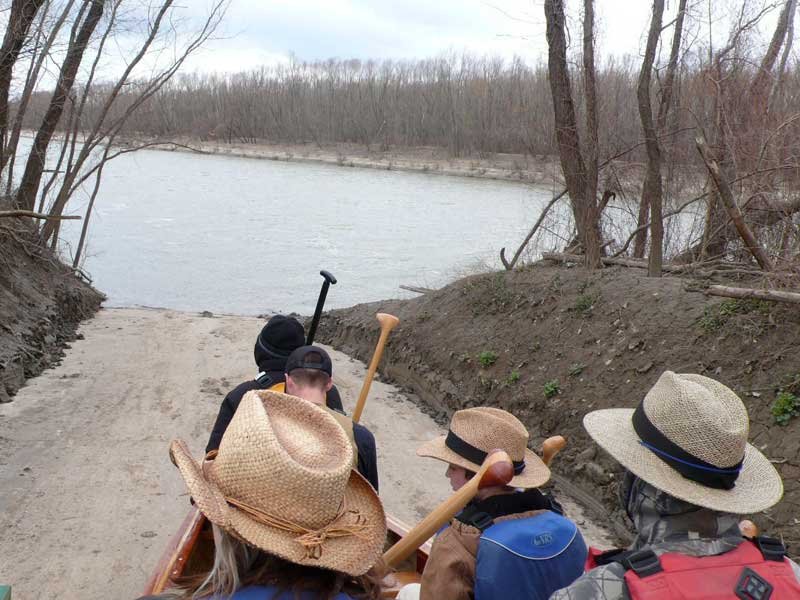