A shaggy mile-long Island with a large back channel that can be run above 20HG.  Notoriously turbulent waters are found boiling along its top end main channel, and all along its long dike which connects to the Mississippi shore, novice paddlers should avoid crossing this dike until the water is higher than 25HG.

A three-mile long island at low water, one mile-long at medium, no sand at 35HG, goes completely under at flood stage 44HG.  Montezuma Towhead was created when an unfortunate steamboat by the same name The Montezuma happened upon a snag in this section of river and sank on Feb 28, 1829.  Snags were not uncommon back then, steamboat pilots avoided them like the plague, as is well narrated in Mark Twain’s 1883 Life on the Mississippi.  Less well-known are the towheads, islands, bars and other important river features that have been wrought out of these wreckages as they lay on the bottom of the river and create conditions that lead to sediment accumulation on their downstream side out of the vast oceans of sediment that are always there in motion.  The emergence of Montezuma Towhead forced the entire Mississippi River eastward one mile and the ill-fated town of Delta, Mississippi, was consumed by collapsing banks.  Delta was neck-and-neck with Friars Point as the leading town of Coahoma County.  Its promising future cut short by the sinking of a steamboat and the insatiable appetite of the river.  Friars Point didn’t enjoy its glory days long as victor in this race for prominence, its place on the river left high & dry by the opposite big river tendancy: to create land.   Keep reading below for the rest of the story.

Possible shuttle access to Clarksdale via Highway 1 and the Friars Point Road (17.5 miles).  Note: If you want to access Friars Point for resupply or visit continue downstream two miles to Friars Point Landing.

The riverbank LBD along Montezuma Bend undulates in and out of several small harbors, the last and largest of these at mile 653 is Montezuma Landing.  Also known as Delta Landing (for the town of Delta which was eaten by the river in the mid nineteenth century — see above).  At the north end of this open-mouthed harbor you will find a steep & narrow concrete ramp which is usable at low, medium and high waters up to 37HG when the parking lot and landing becomes submerged.  As always, paddlers can enter and exit the river wherever the road ends (and the water begins) at higher water levels, if necessary right off the levee.  Below 10HG the end of the concrete ramp steepens considerably and much caution is required when backing down.  This ramp ends completely around 0HG, which can be troublesome to powerboats on trailers, but only means a short portage for any paddlers.  Below the end of the ramp you will encounter piles of rip rap which fall off steeply into the dark depths of the eddy.  Drivers: if you back down this ramp at any levels, be sure to set your emergency brake and chock your tires with rocks from the adjacent rip-rap!   At medium and low water levels and small sand dune forms at the souther edge of the landing, piles of sand pushed up by the swirling waters of a giant eddy which is found here.  Use the eddy to your advantage entering or exiting Montezuma Landing.  Possible emergency campsite, with good protection from south or southeasterly winds, but also accessible to motorized vehicles and sometimes a popular picnic and party place.

Friars Point was once the major population center and seat of Coahoma County.  Friars Point was located right on the river, the downtown a levee landing where cotton was loaded onto steamboats, and gamblers might be seen strolling the streets looking for the next unwary victim.  Clarksdale at the time was just a distant dream of a frontier woodcutter named John Clark.  The unpredictable Mississippi ate the entire length of First Street one year.  No problem, the resourceful citizens simply moved commerce back to Second Street and it became center of activity for its business district.  Many a good story came from any puzzled visitor inspecting the signage and wondering why there wasn’t any First Street and why Second Street was the center of activity.

But the big river got the last laugh when it decided to migrate westward and instead of commanding a good steamboat landing Friars Point was left with nothing but sandbars & mudbars, its downtown approachable only in high water.  The river might as well have banished Friars Point to the middle of the Gobi Desert so dislocated it now found itself.  When the railroad tracks of the Illinois Central Railroad were laid through Clarksdale, Friars Point rescinded its prominence as County Seat, and then lost the newspaper and major banks.

Still, the town is easily accessed at mile 652.5 by anyone paddling through the area using an unimproved & very primitive landing at the edge of town, directly below the Mississippi Limestone/ADM complex.  There is an obvious open sandbar below all of the graineries and piles of gravel and docking facilities.  The Yazoo-Mississippi Levee Board has made repeated attempts to improve the landing, but every high water the river re-takes command.  Make your landing there for access to Friars Point, and also to get to Clarksdale.  Paddlers, be sure to hide your vessel well, and remove any items of value.  If you need to get to Clarksdale your best bet is to bring your canoe or kayak and all your gear with you.  Remember, the unwritten rule of the river rat is if it’s not locked it’s fair game. You can camp here if necessary, but beware midnight visitors.  Better option: visit town and then push off to camp further downstream. 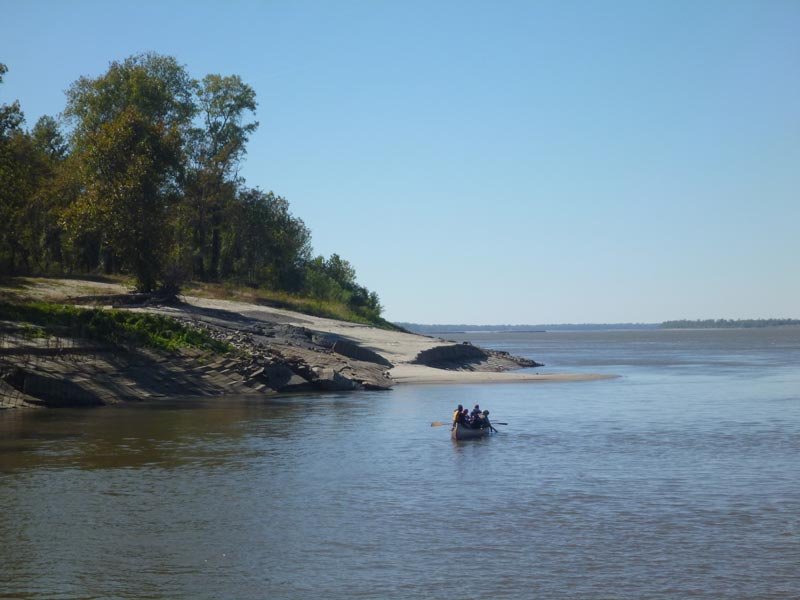 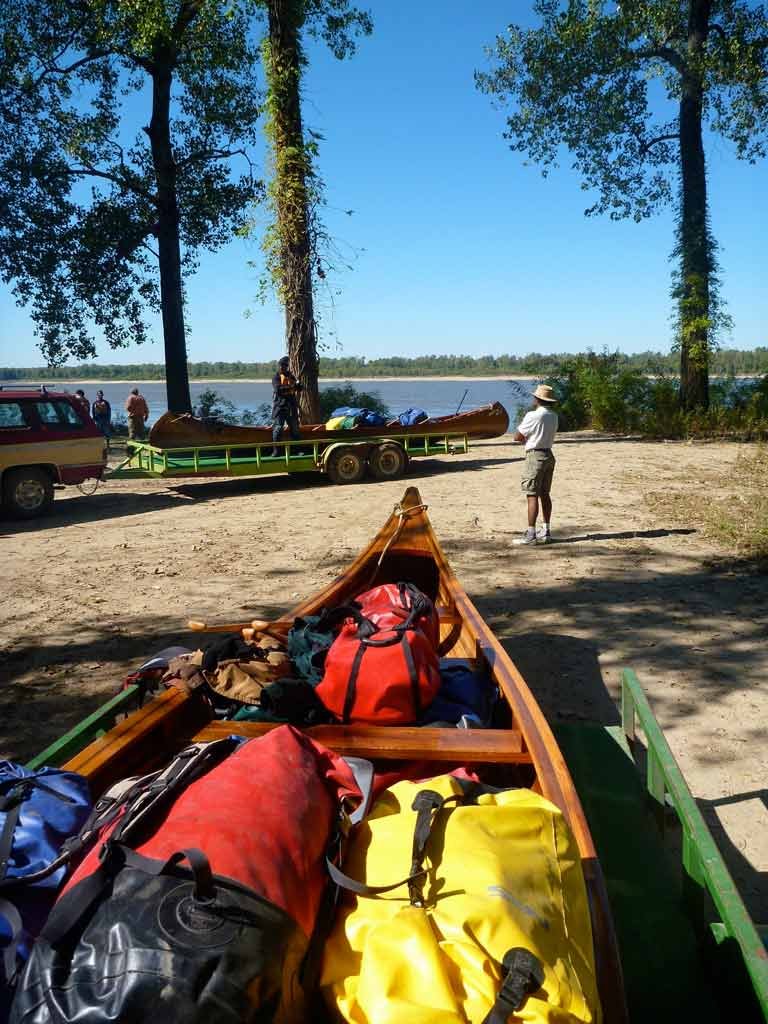