Scrubrass Bend makes an elegant 180 degree semi circle around Smith Point.  Seen from the air the river channel scribes an almost perfect half moon.  You enter it paddling west (into sunset) and exit paddling east (into sunrise).  You might experience a common river illusion as you enter Scrubgrass from upstream from Henrico: it sometimes appears that the entire Mississippi River (the biggest volume river in this corner of the planet) dead ends into the wall of forest seen downstream.  It might strike readers as strange that a half-mile wide big volume river could appear to disappear.  But this is the way of the river.  Mythic.  Mysterious.  Miraculous.

If you are intending to enter the White River, which is located at the base of the bend RBD, stay middle channel and then hug the right bank further down.  Before you get there right bank descending at mile 599.5 is found a small pass into a bottomland lake which used to be the old channel and mouth of Scrubgrass Bayou, a White River distributary.  Above HG10 you can easily enter through an intriguing channel bordered by overhanging willows, which creates a thick canopy and is a great place to take temporary shelter on a hot day or windy winter’s day.  (Note: this place is marked No Trespassing but you’re okay staying on the water.)  For all other routes stay middle channel at first past Smith Point and then return bank left staying closer to the giant sandbar that sprawls around Smith Point at all but the highest of water levels.  Above 37HG an incredibly beautiful secret back channel can be found and followed behind Smith Point by staying right left and entering a narrow opening at the base of the Dike #1.  Go to Smith Point description below for the rest of the story.

If you’re continuing down Scrubgrass Bend towards Victoria Bend, Rosedale and points South, stay LBD.  There is a series of underwater Chevrons that were placed by the US Army Corps to break up the strong currents around the outside of the bend and to make conditions more favorable for upstream tows.  The water boils & swirls unpredictably over these chevrons, any wind or passing tows makes for big choppy waves. The water on the left side of the channel might seem slow at first but gradually it picks up speed, and past mile 600 it feels like the full force of the current has been shoved over LBD and it becomes the fastest side of the river (contrary to common river knowledge that the fast water stays on the outside of the bend).

During rainy seasons up to 40,000 CFS (cubic feet per second) flow out of the White River into the mother river the Mighty Mississippi and hug the right bank for hundreds of yards downstream.  If you are paddling in this area you will see blossoming boils of creamy-colored water erupting through the browner/greener waters of the Mississippi.  Both are muddy, but the mud tones vary enough that a distinct demarcation can be seen by the paddler.  Watch out for upstream tows who will also be charging upriver in this same area of the river — and remember that a few of them will cut into the White, usually to access the Arkansas River through the Kerr-McClellan Canal.

Smith Point Sandbar is high enough and large enough paddlers will discover it to be the best camping in this area of the river and should be included in any itinerary.  Of course, if the timing is off, or if it is very windy, you might chose elsewhere.  As with most big bars Smith Point is wide open and subject to any winds, storms and other caprices of the weather.

The most protected campsites are top end around mile 600 along or near the base of the three rocky dikes which radiate outwards.  As you paddle past the Smith Point Light 601.5 follow the tongue of water into Scrubgrass Bend and then start angling in Eastward LBD towards the giant sandbars you will see emerging from around the inside of the bend.  Pick and choose your place.  There are three miles of beach around Smith Point at medium water and more at low water.  You will always find good landings and campsites on this bar all of the way up to flood stage.  As the water rises above 35HG the choices become narrowed down to the sites found along the tallest plateau of sand that straddles the sandbar along the left bank behind the dike field.  But don’t fret over finding something.  This is a gigantic landscape: now instead of three miles of beach landings you now have two miles to chose from!  At 40HG the bar is reduced further, to maybe one mile of beach, and then goes completely under around flood stage.

If you don’t find any camping to your liking top end continue around the perimeter of the sandbar to the bottom end for other choices.  You will paddle past the shoaling area around the ends of the dikes below mile 600 and still hugging LBD look for the last possible landings & campsites along the abruptly falling bottom end of the Smith Point Sandbar.  At low water this giant sandbar ends in a steep cut bank of sand thirty to forty feet tall.  Its a long climb up a slippery sand cliff reaching the top at low water, but the view up into the White and down the Old Channel of the White is rewarding.  After unloading gear be sure to remove your vessel completely out of the water and secure it well above river level plus three feet higher (at least).  As the powerful tows begin their difficult ascent up the strong waters coming downstream around Scrubgrass they have to gun their engines full throttle and the resulting waves can wash high up the bank, sometimes as high as three feet above river level, and will immediately upset and pull back anything within their grasp.  Of course as the river climbs higher this steep bluff becomes more user-friendly, eventually water reaches sandy floor height (around 35HG) and then overtops the whole bottom end. 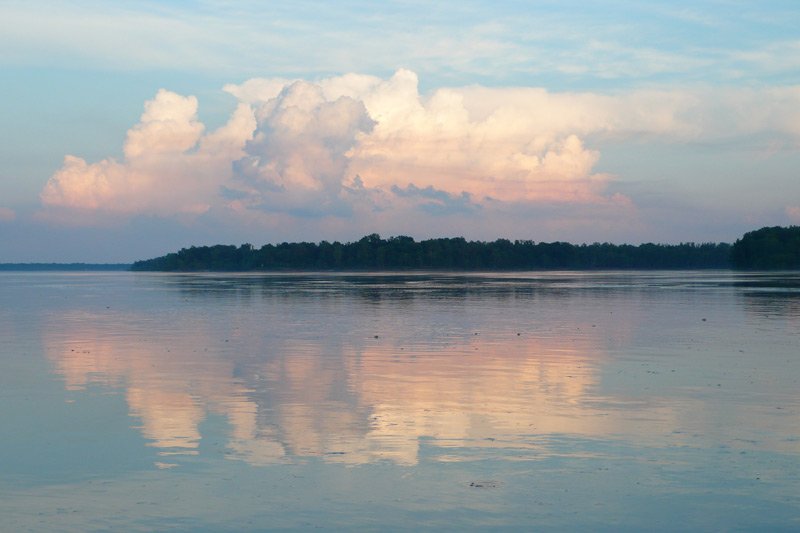 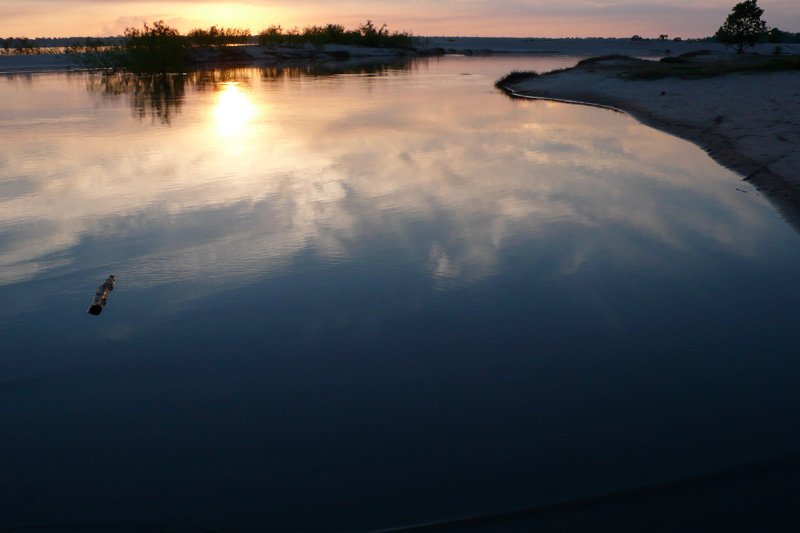 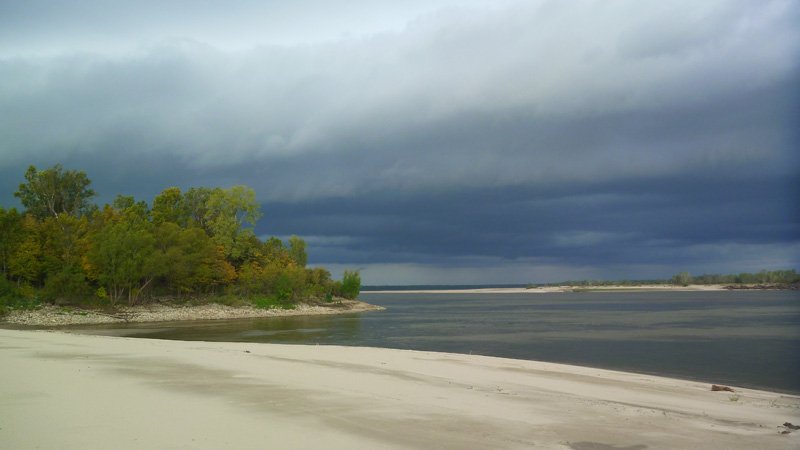 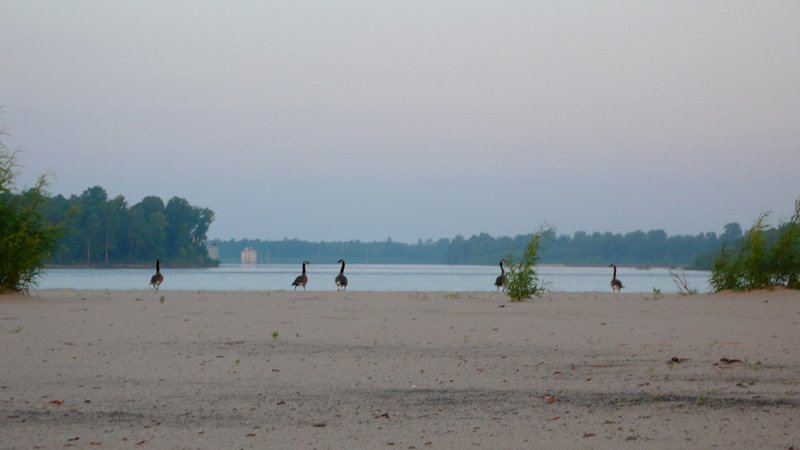