Contrary to common river-sense, the river speed noticeably quickens during low water as it approaches Kangaroo Point.  Upstream Tows sometimes seem to stand still as they fight their way up, while their downstream counterparts easily fly by.  If you are sharing this narrow sluiceway at low water with any upstream tows big rolling waves will surely be erupting in the tow’s outwash and creating a river of standing waves on top of a river.  If you can handle big waves and water you’re in for a roller coaster ride.  If not, find an bank-side obstruction and eddy out and await the tow’s passage.  The large eddies found continually along the edges of the Lower Mississippi River create the perfect place for this maneuver.  It’s safe and easy to execute.  The water within these eddies is surprisingly deep (sometimes fifty feet or more) and so any big waves do not get bigger here, as they would near the shore.  However, watch the eddy line, where the eddy rubs against the downstream flow and the waves pile up taller and more chaotically.  Be patient and await the tow’s passage and the eventual calming of the waters and then continue on.   At higher water levels the water speed is still strong but not as agitated as during low.  Just past Kangaroo Point there is sometimes a small sandbar formed bank right that makes the perfect place to get out of any northerly or westerly wind, or to make a pit-stop.  You won’t see this hideaway until you are directly below Mile Marker 652.2, if you want to make a stop here stay bank right and dive into the eddy below the point when you see an opening in the powerful revolving platter of the giant eddy.

The main channel gets shoved off of Kangaroo Point towards Horseshoe with a giant powerful eddy forming below the point RBD.  Your best downstream route is sticking to a line parallel to the edge of this giant eddy and going with the strongest tongue of current as it rushes along — now lively with boils and swirls — into the bend of the river below.  If there isn’t any approaching tow activity you can stay with this strong current and make a channel crossing with it towards the Mississippi bank LBD and from there follow the gently curving shoreline towards Miller Point.  If there are any tows around, however, it’s best to maintain one of the buoy-lines on one side of the channel or the other (i.e.: either the reds or the greens) and stay out of their way.  There is a reason this is called a crossing: upstream tows typically hug the greens around the base of Is 61 and then cross over to the reds below Kangaroo.  Downstreamers meanwhile go with the fast water along the greens past Kangaroo and cross over to the faster water with the reds bank left around Island 61.

If you stay with the greens (square cans as the towboat pilots call them) be aware that the first wing dam (dike) above Island 61 creates particularly powerful commotions of water at all levels, and sometimes the buoy placed at its end is a diving duck.  The diving duck buoy is a distinct paddler’s hazard unique to the Mississippi.  If it erupts out of the depths directly into your forward motion you will be quickly capsized — or worse!  I’ve heard about paddlers who got wrapped by broadsiding a buoy.  Their rescue canoe got wrapped also.  All were fortunately rescued by a passing fisherman, but this might have not ended in a happy story. [Citation]  Remember, the most dangerous place around a tow is in front of one.  The pilots may or may not see you, and even though you have the right of way, you must defer to their passage or pay severe consequences.  On the big river it would be unusual if tow pilots even realize you’re there!  Usually they don’t see something as small as a kayak, and while a 2-man canoe might register on their radar the pilot can’t tell the difference between a log and a canoe.   After a tow passes, and you are a strong paddler who can handle waves, sure, go get some waves and enjoy the accelerated water behind a tow.  If you’re not a strong paddler, however, or you’re nervous about waves OR if there is a second tow approaching, by all means just stay out of the way.  There is plenty of room on the big river for all.

After you make your channel crossing you can follow the fastest water sticking close to the outside edge past Horseshoe all the way to Miller Point.  You are in a west running stretch of river here that ever so slowly starts to curve north before resolving itself around Miller Point.  As you slide past this prominent headland you will be paddling in a northwesterly direction.  So much for the south-flowing Mississippi River!  On a windy day with breezes out of the south this stretch of river 648 to 645 will be a much welcomed respite and a chance to grab a quick snack or drink of water, or even enjoy a floating lunch.  However if it’s a westerly or northerly you will pummeled by winds & haystacking waves.  Westerlies in particular seem to create choppy maelstroms of angled waves which no matter what direction you choose you seem to get pounded from all sides.  The tall trees bank left create a wind-tunnel effect which the paddler feels full force and might have to adopt to.  The bad news: the faster the river flow the more fierce the head wind feels.  The good news: once you reach Miller Point and push on into Old Towne Bend below the winds will begin to diminish and then eventually die out all together.  The beauty of the meandering river on a windy day!

Horseshoe is named for an old channel of the river that looped miles southward through the forests LBD, and then looped back to the north, forming a giant meander of the river behind and below Friars Point.  In 1824 the yoke of this loop was narrowed enough by the insatiable appetite of the river that during highwater the river over-ran the forested banks and cut through the yoke, carving a new channel clean across the narrows and leaving a giant oxbow lake isolated in the forests behind.  Horseshoe Lake still exists today, now surrounded by thousands of acres of forests, and is now a public-access lake ringed by cypress trees.  Access to this lake can be found off the Mississippi levee. 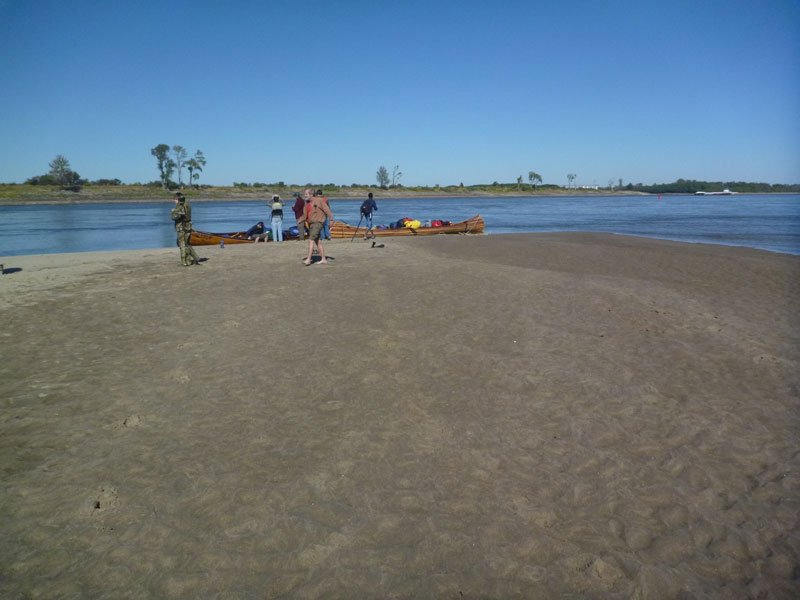 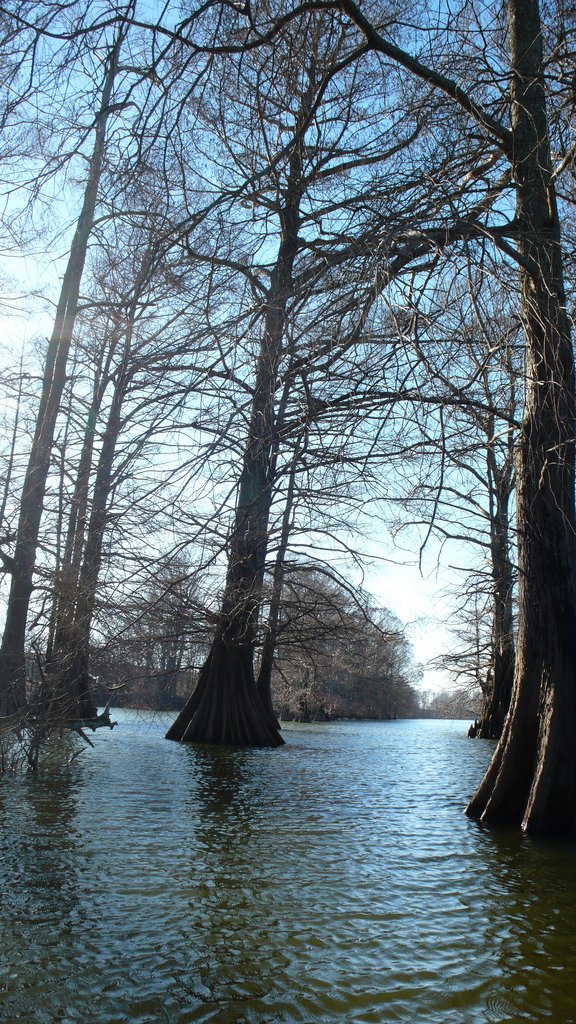