Big eddy found RBD at the base of the bend, good sheltered place within eddy to pull into for quick exit from river, good place to seek quick respite from passing tow or approaching storms out of the north.  Oftentimes big billowing boils and side-line whirlpools erupting from along eddy line.  Follow eddy outwards and then jump into swirling curve of the eddy as opportunity allows.  Follow eddy back into landing.  Often muddy.  NOT a good campsite.  Midnight visitors.  Unkept Public Landing, accessible by vehicles only in higher water levels.  Always a possible portage exit however and should be employed as emergency exit if needed.  Access by vehicle from Arkansas 44 via Helena, south through Elaine, get on levee one mile beyond and follow levee south to Fair Landing (N34.257784,W-90.838223).  Check google maps for more details or inquire locally.

Continuing on downstream past Fair Landing the paddler is rewarded with an interesting view of two small willow islands situated above the sprawling beaches of Island 64, which can be seen behind, and is probably the finest camping in the area.  At low water levels you must maintain main channel to reach Is 64 due to a series of wing dams that reach out from RBD to keep the water flow focused for towboat navigation.  However above 20 HG you can ride the current bank right and find passage through the smaller splinter islands and then ferry cross over to the top end of Island 64.

Best Camping in the area, but also a beautiful picnic site, or a convenient place to stop and stretch your legs.  A wide back channel opens up around 10HG and runs strong at any water levels above HG 20. Giant sandbars sprawl down either channel from the top end of this Island, at low water you might look for a sheltered spot following the sand down to the treeline, at medium water back channel boasts the best camping.  At higher water levels (above 35HG) spectacular campsites are located throughout the stands of willows and cottonwoods atop the highest plateau of sand mid island top end.  Sketchy campsites at flood stage, the entire Island goes under water at HG48.  As with any of the big islands on the Lower Mississippi be sure to set camp well above expected water line during your stay and be sure to account for possible waves from passing tows.  Listen to NOAA forecasts and choose your campsite according to any incoming storms or prevailing winds.  There has been many a sandbar camp upset by the violent front line winds preceding severe storm systems.  [CLICK HERE: Picking a good Campsite]

The writer Sean Rowe rafted the Mississippi River on a 12×24 foot raft in 1982/83.  He died and his ashes were spread in the river near island 64 in 2010 and a giant wooden monument is hung in a cottonwood tree near the top end of island 64 bearing the words UTRAM BIBIS?  ANDAM UN ANDAM? which translates of which do you drink?  the water or the wave? — a question all paddlers could ask themselves as they camp here or paddle on by for destinations downstream.

Island 64 is worthy of exploration.  If you set up a base camp it would make a fascinating circumnavigation which would take you around the island through its various land forms and habitats including: broad beaches & sandbars, wind-sculpted dunes, muddy banks, flood-prone willow forests and bottomland hardwood forests, the latter are all situated atop a long ridge running the length of the wooded section of the island along its East bank.  Watch for and avoid the nesting Least Tern during late spring & summer.  You will also want to avoid large clumps of poison ivy which festoon certain parts of the island, but seem to be especially prolific around all of the woody places at the top end of the island, around the bases of most if not all of the stands of cottonwoods, and have managed to make their own bushy hotspots in a series of clumps throughout.   A modern day Brer Rabbit might seek to be thrown into one of these bushes.  [CLICK HERE: Poison Ivy].  On full moon nights the sandbar glows like an alpine snowfield.  On moonless nights the stars glisten and the Milky Way can be clearly seen like a stain of spilt milk across the center of the sky.  You are on the edge of  one of the deepest roadless areas in the mid south and the night skies are almost as dark as Western skies.  Wood fires are okay on the Mississippi River, but practice Leave No Trace principals by removing all evidence of your camp and your fire, packing your trash, and burying all human waste at least 200 feet away from the water’s edge and in a hole at least one foot deep.  Other Leave No Trace principals you’ll want to practice include Leave What You Find, Respect Wildlife and Be Considerate of Other Visitors.  [CLICK HERE: Leave No Trace] 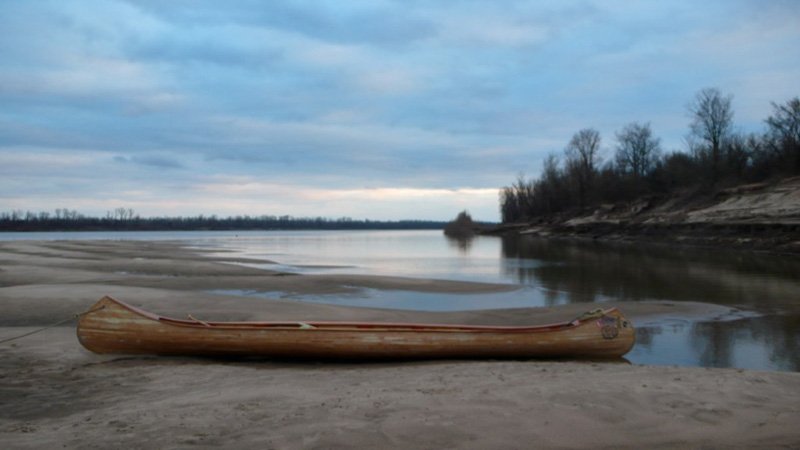 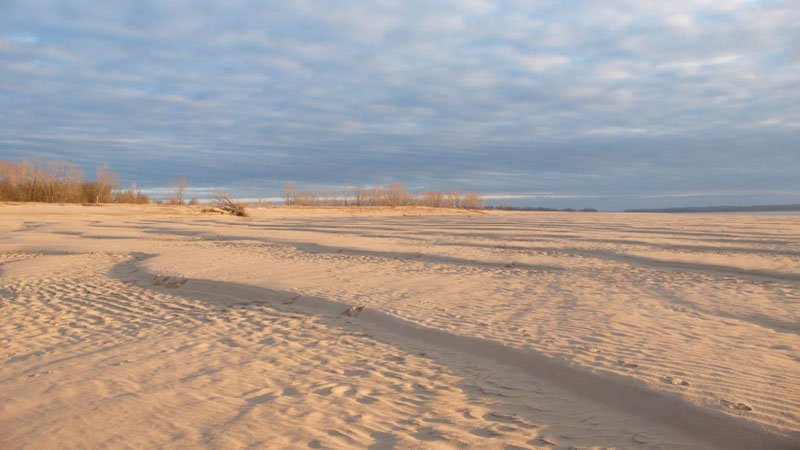 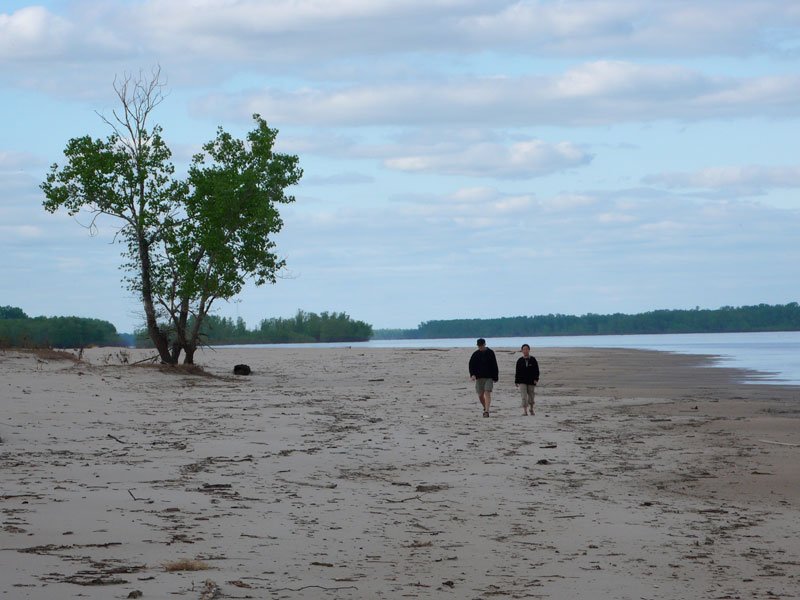 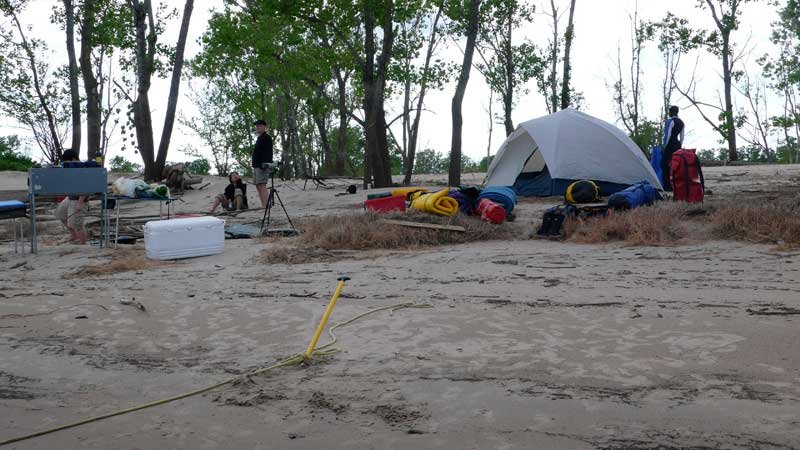