Cypress Bend is perhaps the most perfectly formed bend on the Lower Mississippi.  The river flows in perfectly due west out of Catfish, and then carves a perfect semi circle around Cypress, and then exits perfectly due east towards Eutaw and Choctaw below.  Alas, its also one of the most perfectly boring bends of the river — and seems to last forever — especially during low water.  It’s like climbing the big mountain where you keep thinking you are seeing the end of the climb, and keep getting disappointed by a series of false summits.  For the paddler you keep seeing false end points downstream where you are sure the bend is finally rounding out, but then you get there and find its another couple miles to the next visible point!

The above mentioned pulp-mill (and the grain elevator below it) don’t help any, and the empty expanse of the Catfish Point Bar located inside the bend only seems to add to the monotony of the distance.  But voyageurs take heart and paddle hard.  Remember its not the destination that matters but the journey.  Long distance travelers on all big rivers always experience this syndrome at some point in the expedition.  When queried about their greatest difficulties on their human-powered descent of the Nile River, the voyageurs said it was the mental challenge of seeing the same thing every day for several months (the North African desert).  The cure is to stop thinking about where you are going and start paying attention to the little things, like the patterns of the water around you, the the colors and shapes of the boils and the little whirlpools on their edges, the tiny ripples and the tiny fish scale patterns they create when they cross each other.  And then look to the sky and enjoy the Wyoming-sized skyline surrounding you and try to identify the subtle shading in the atmosphere and look for aberrations and watch patterns of clouds, and try to name the shapes in the clouds, and watch comtrails emerge behind passing jets and then later dissolve into the air.  Singing is helpful, if you are solo you don’t even have to try to sound good, but shout away with drama as if you were in the shower, no one will hear you.  Poetry, stories, word games, chit-chat, anything to help keep the mind awake is helpful.  How about imagining the rich marine life populating the water underneath you?  Keep reading below…

A common misconception of the Mississippi is that it’s a dead river, devoid of life.  Quite the contrary!  The Lower Mississippi River is cleaner than upper reaches, and is in fact the richest inland fishery in North America.  The problem for the paddler is…  you can’t see anything in the muddy water!

Legendary US Fish and Wildlife Biologist Paul Hartfield and his collaborators from Mississippi State University use the deep and swift currents of Cypress Bend as one of their outdoor laboratories for studying and monitoring the Pallid Sturgeon population on the Lower Mississippi River.  They are dispelling myths about one of the river’s most mysterious creatures and helping re-write its life history.  Up until the mid-1990’s, there were fewer than a dozen capture records of Pallid sturgeon (Scaphirhynchus albus) from all of the Lower Mississippi River.  Most biologists assumed the bottom end of the river was too polluted and engineered to support this and other rare fish.  No wonder, with a muddy river you can’t even see your fingers when you stick your hand in the water!  It was also a difficult and scary place to sample for fish.  On a half-mile wide river that averages 50 feet deep and dives to over 150 feet deep around turbulent bends like Cypress Bend, its no surprise that a shy fish that grows to over three feet long is seldom seen.

The Pallid Posse (as Paul and his team call themselves) are capturing the fish, implanting sonic transmitters, and tracking the fish to see what areas of the river they use, and when they use them.  This information is being used by the Corps of Engineers to adjust their engineering and maintenance practices to reduce impacts, and even to benefit this endangered species.  In 2011, the project was expanded with the help of two crews from the Mississippi Department of Wildlife, Fisheries, and Parks, and Pallid sturgeon are being sonic tagged at Mhoon Bend, Catfish Point, Greenville, Willow Point, Vicksburg, Profit Island, and Baton Rouge; and tracked and monitored from Memphis to Baton Rouge.

Paul is also working with Tyler Olivier, a PhD candidate from the University of Louisiana at Lafayette, to shed light on the abundance and life cycle of the freshwater Ohio River shrimp (Macrobrachium ohione), a beautiful clear crustacean which was once enjoyed as a delicacy aboard steamboats.  Like many river dwellers it is poorly known, and has declined greatly, possibly due to channel modification and the higher river velocities that have resulted.  The shrimp was so abundant during the 1800’s through the 1950’s that it supported a seasonal commercial fishing industry from Louisiana to Kentucky.  Although smaller than Gulf brown shrimp, it was highly prized for its flavor. The river shrimp requires saline conditions to molt from a larval to a juvenile stage, and the adult shrimp were traditionally captured for dining during the spring when billions of mature females migrated downstream the main channel and tributaries (Ohio, Tennesse, White, Arkansas, and other rivers that are now blocked by dams) to release their fertilized eggs near the Gulf.  During the summer and fall, they were collected and sold for fishbait, when TRILLIONS of juvenile shrimp would swim upstream, against the current of the Mighty Miss… as far as St. Louis, Missouri, and high up the tributaries (over 500 miles up the Ohio River!).   This is an incredible migration (up to a 3,000 mile round trip!) for such a small and delicate creature!  How do they do it?  How long does it take?  How long do they live?  How many of these beautiful creatures have survived?  These are some of the questions Paul and Tyler are trying to answer by sampling the shrimp at Cypress Bend, Vicksburg, and St. Francisville.

Click here for a National Audubon video of Tyler’s work with the Ohio River shrimp: 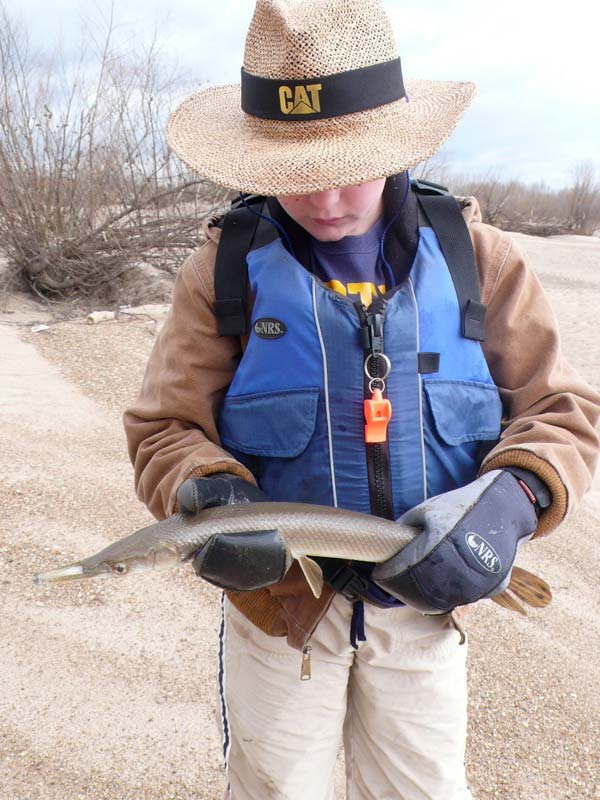 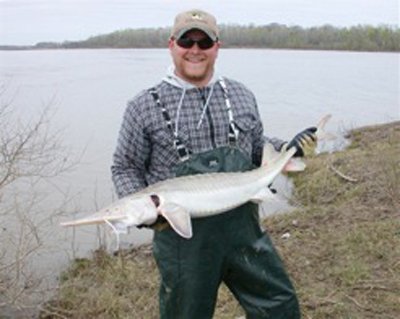