In his rambling Life on the Mississippi Mark Twain digresses through several chapters with a drawn-out story reaching into a Bavarian mausoleum concerning the bereaved hamlet of Napoleon.  Once numbering upwards of 1,000 inhabitants, Napoleon promised to become the largest city in the Lower Mississippi Valley, primarily due to its strategic location below the mouth of the Arkansas. The Union Army and then the destructive nature of the big river proved otherwise when a channel was cut through Beulah Bend and the river eagerly followed through and proceeded to eat everything along the western bank below, including Napoleon.  The distressed inhabitants suffered the collapse of their village one building at a time, one street at a time, and eventually the whole town became submerged.  All that remains today are stories and this light named in its honor.  The town site itself is now covered by the sprawling top end of the Arkansas Bar.  The last evidence of its existence was seen during the low water of 1957.  Like its namesake marching into Moscow, Napoleon Arkansas arrived, conquered, and was then conquered.

A classic river pass, which way the water is going will demonstrate whether the river is rising or falling.  Good place for quick shelter from the weather on a hot sunny day or a cold windy day.  This beautiful tree-lined channel cuts through deep forested hunting camps and opens up into the giant oxbow Lake Whittington.  A favorite fishing hole.  Private Boat Ramp just below mouth.  There is possible Access to & from Mississippi side of the river via boat ramps on Lake Whittington.

Tall sandy bluff of a sandbar thrown high against Arkansas shore less than one mile below the Caulk Light 576.5, excellent location to quickly exit the river in case of towboat emergency or imminently approaching wind or thunderstorms out of the north or west.  No camping (private property) but good shelter, even if you stay floating in your vessel and let danger pass.

During the Great Flood of 2011 the entire Mississippi River violently whisked around Caulk Neck Cut-Off and was concentrated into a mess of swiftly sliding boils and extreme river eruptions past Catfish Point and into Cypress Bend.  Writer Hodding Carter and I ran the river from Memphis to Vicksburg as it was cresting in mid May with photographer Christopher LaMarca for Outside Magazine.  At Caulk Neck Cut-Off we encountered the fastest moving water of the whole expedition.  We didn’t have GPS but I had glanced at my watch as we floated past the mouth of the Arkansas at mile 580.  It was 2:05pm.  40 minutes later we found ourselves rounding Cypress Bend near mile 570.  We had run ten miles in forty minutes!  The speed made me dizzy and ill at ease.   Everything was moving too fast, too uncontrollably.  Never had I ever moved so fast on any river, not to mention the biggest river in North America flooding everything in its valley from levee over to levee.  Imagine the alarm you would feel driving down a highway you know intimately at four times normal speed, say at 240 miles an hour!  40 minutes later found us adjacent Mounds Crevasse near mile 560.  The river seemed to relax a little bit after Choctaw, slowing down to 10 mph (which is still 2-3 times normal water speed in this area!).

Exclusive Catfish Point Hunting Club resort with mansion sized camps and private airstrip are found along the outside of this bend.  The most expedient route around Caulk Neck Cut-Off is floating left bank along the scattering of hunting camp mansions and follow the strong flow of water into Cypress Bend.  You will float past the intriguing mouth of Lake Whittington, then a private boat launch, then a private airstrip, and several miles of mansions. If you haven’t smelled it or seen it from afar the startling silhouette of the Potlatch Company’s pulp mill complex is visible standing over the woods far downstream (RBD 571).  You won’t want to camp anywhere in this vicinity, especially when the wind is blowing in your direction, for the offensive aroma of rotten eggs (dioxins) common to pulp mills, as well as disconcerting thumping and shredding sounds.  When the wind is blowing right I swear I can detect this rotten egg aroma in Clarksdale, 45 miles northeast!  This is an unfortunate location because the nearby Catfish Point Bar, found inside Cypress Bend, is one of the larger islands on the Lower Mississippi.  The good news is that there is even better camping another ten miles downstream on publicly-owned Choctaw Island. 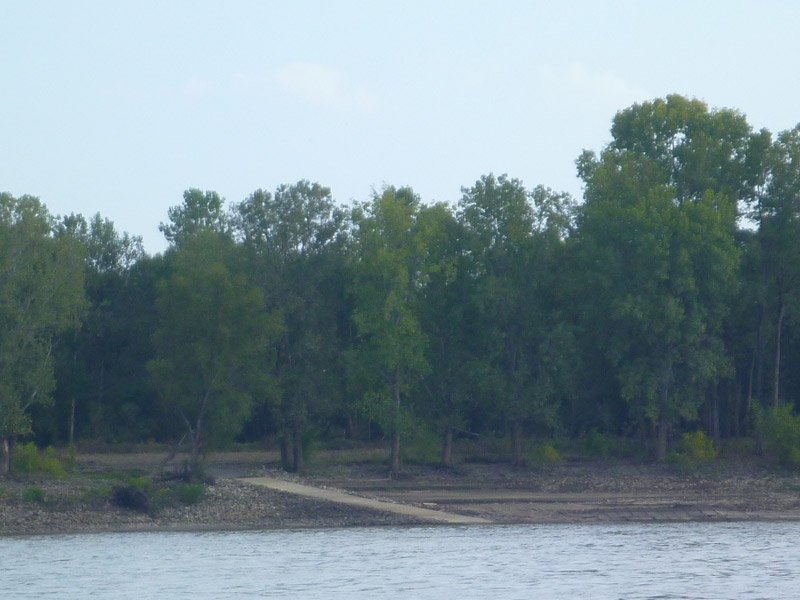 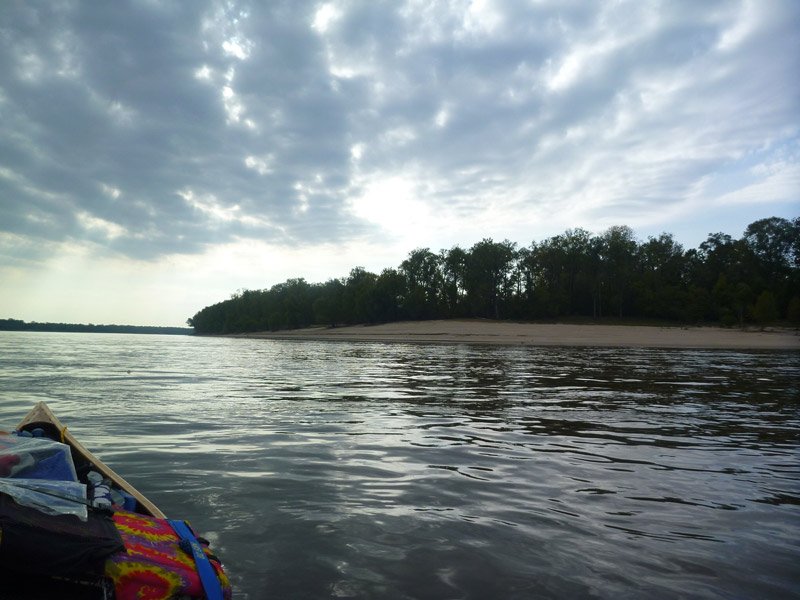 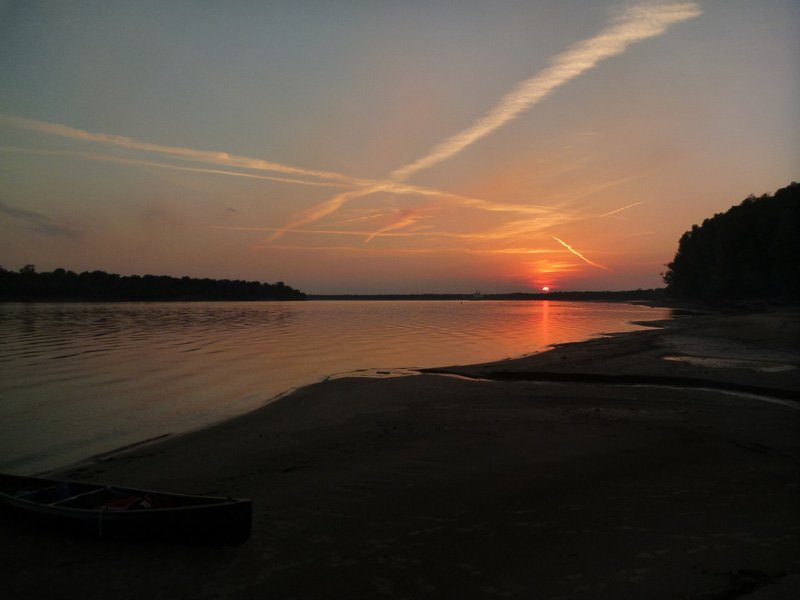