Leg 5: Down the Mississippi River.  16.5 miles.  One Day.  Follow the Main Channel of the Mississippi River out of Scrubgrass Bend.  Recommended detour through the Old Channel of the White.  [CLICK HERE: Sibley’s Chute]  If staying main channel you will find the fastest water LBD below Smith Point Sandbar.  Round Victoria Bend, pass Terrene Landing.  Stop at Terrene Bar LBD for picnicking or camping.  Plan your return to the Mississippi shore LBD as you pass the Malone Field and look carefully for the opening back into the Rosedale Harbor.

Below the Arkansas Confluence

If there was any question before, all doubts will now be erased: you are on the B-I-G

R-I-V-E-R.   The beautiful word Mississippi is derived from the Ojibwe name misi-ziibi, meaning Great River, or gichi-ziibi, meaning Big River.  The awe-struck DeSoto expedition called it El Rio Grande the big river.  You often hear it called the Father of Waters, although I prefer the name Mother River on the Lower Miss because it runs so wild and has so many moods, and simultaneous gave birth to the productive Lower Mississippi Valley.  Paddlers in Natchez have named it the Phatwater and celebrate its greatness with an annual forty-five mile challenge.

Whatever you call it, the big muddy river dominates the landscape more proudly and pervasively than any of the many forces which combine, multiply & divide over the middle of America.  The sun rises and sets.  The moon rules the night sky for a time and then is reduced to a sliver, and then ends its cycle as a pale ghost.  The wind blows itself into gusts and gales and then subsides and stills.  The forests explode in greenery through the warm months and then become naked barren brown & blacks in the cold. The passage of severe thunderstorms comes & goes.  Hurricanes threaten for a season.  Only the river remains present — forever strong, unruly, unstransmutable.  It fluctuates in scale, from low water to high water to flood, but its inherit character remains constant.

Below the Arkansas everything increases proportionately: the face of the river, the pools between shoals, the size of the islands, the sweep of the sandbars, the length of the willow forests, the depth of the muddy banks.  Even the narrows are less narrow.  As you look downstream you will find an enlarged expanse of muddy brownish greenish water rolling & tumbling through incrementally bigger river bends.  There are a few smaller tributaries downstream, notably the Yazoo and the Big Black, but none effect the scale of the big river as significantly as the Arkansas.  Here the Mississippi River swells to its mature fullness  and happily fills its wide valley with the gurgling waters of a nation, everything in between Montana and New York State, everything from the Rockies to the Appalachians, from the Smokies to the Alleghenies, from the New Mexican Plateau to the Cumberland Plateau, from the Great Plains to the Eastern Woodlands, and through the heartland, the midwest, the mid south and deep south, and most famously from the North Woods (Lake Itasca) to the Coastal Marshes of the Gulf of Mexico (Birdsfoot Delta).

For the paddler this largesse can be at turns enlightening, frightening and  overwhelming.  It can inspire you to new perspectives and motivate life-changing decisions.  It can subdue you to the point of boredom, and leave you confused and feeling utterly alone to the point of despair.  You’ll never feel more challenged; you’ll never be more humbled.

I know this is overly-romantic, but its true.  Give the river enough leash and it will share with you all of the above!

As you round Prentiss Bend and continue downstream, past the mouth of the Arkansas River you will find a long skinny sandbar that stretches up to five miles long at low water around Monerrey Bend.  At medium water this becomes a 2-mile long island that you can duck behind (but be prepared for slow water), and at high water its further reduced to one mile, and goes completely under before the river reaches flood stage.  Towards its bottom end a narrow scruffy line of trees is found atop a narrow ridge which abruptly ends in a muddy cut bank at its bottom end.  Note: towboats sometimes sneak behind Prentiss Bar during high water, which can be a frightening encounter for a paddler.

Possible open bar camping on Prentiss Bar but be prepared for company.  Locally known as Venice Beach.  Sometimes degenerates into a lively beach party on hot spring/summer afternoons for Delta State University college students and others from nearby Cleveland (accessible by motorboats from Rosedale Harbor).  Towboat pilots and boy scouts yearn for a view of the topless beauties that reportedly grace this bar.  An adventurous troop once approached this section of river excited for the possible glimpses.  But daylight failed as they passed the Arkansas confluence and their testosterone levels suffered a severe letdown enduring repeated attacks by squadrons of mosquitoes as they were forced to set up camp in the darkness, the mermaids having long departed for home. 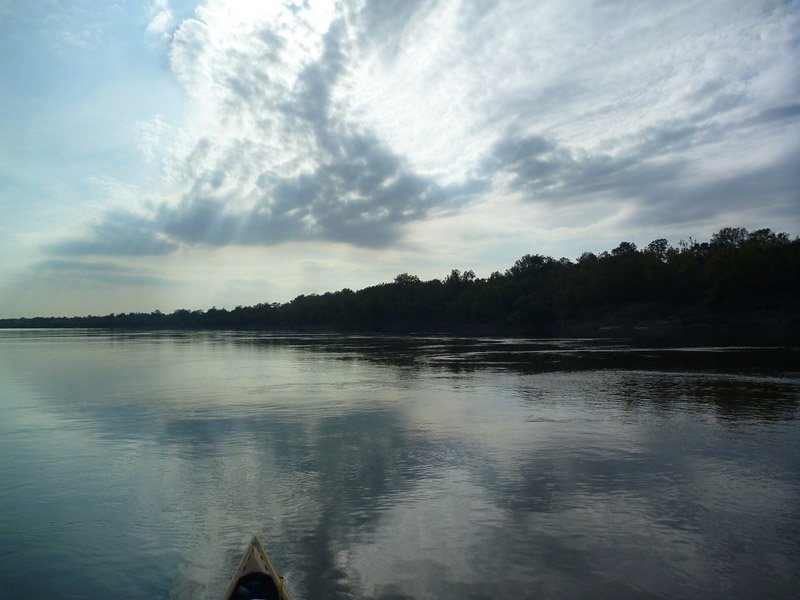 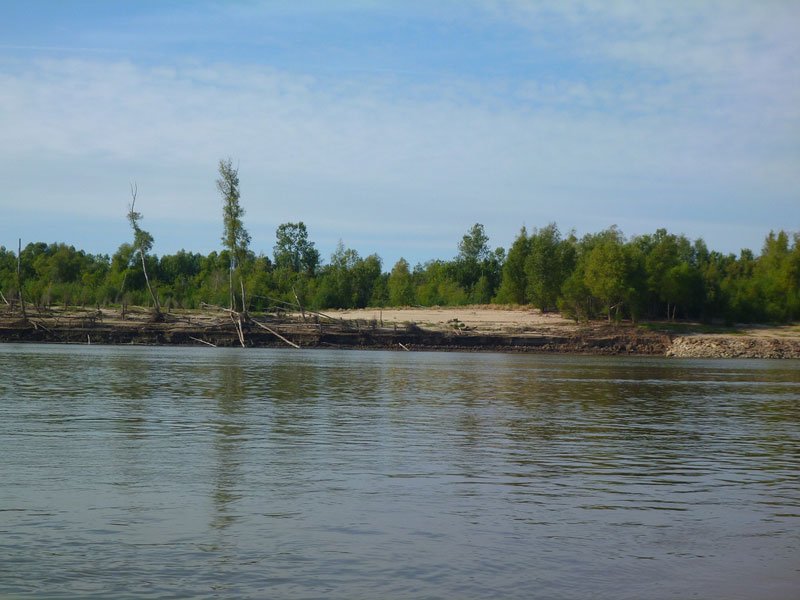 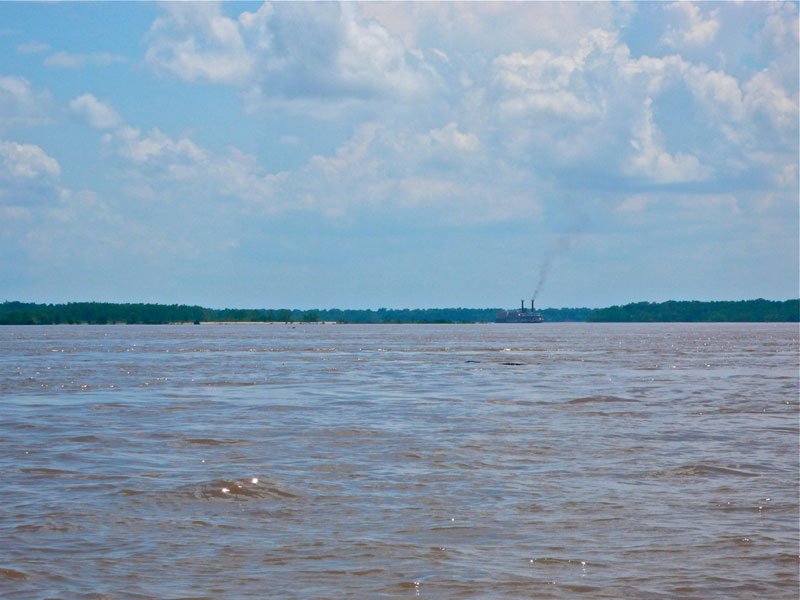