One of the most memorable experiences along the Lower Mississippi is entering and leaving the city of Memphis, which straddles the 4th Chickasaw Bluff and shimmers like a mirage on the floodplain with its striking landmarks the pyramid, the steel truss Memphis & Arkansas Bridges, and the graceful M-Bridge. The South Bluff is topped by the National Ornamental Metal Museum.  This is the ridge and the bridge that Chuck Berry made famous in his song Memphis, Tennessee: “Her home is on the South-side, High upon a ridge, Just a half-a-mile from the Mississippi Bridge…”

For the downstream paddler, the route out of Memphis is fairly straightforward.  There is no choice but main channel until you reach Dismal Point ten miles downstream.  After leaving the Mud Island Harbor stay bank left with the fast water under the bridge and follow it on and around Engineer’s Bar/Presidents Island.  This line of travel will put you closer to bankside docks and industry, but well out of the way of uncertain routes and resupply positions used by the big tows passing through this area.

There are three openings the three spans of the bridge.  As always watch for tows above and below the bridges.  Upstream tows typically go middle span while downstreamers use the left span below the South Memphis Bluff.  During high water upstreamers might use the far right span closer to the Arkansas shore for the slower waters. The river can sometimes be thick with commercial activity.  Resupply and crew boats often tend to the big tows in this vicinity.  You might notice a big tow maintaining position mid channel, or maybe slowly moving along.  Resupply vessels roar in and out alongside.  In addition small tows and work boats frequent several ports including the Exxon Dock, Drexel Chemicals, Scrap Metals, and other industrial sites left bank.  Work boats tend to kick up a big wake.  Watch for crashing 2-3 foot waves which will be compounded by winds or other passing tows.    You might also encounter the Memphis Queen (little wake).  Even with the all of the docks and activity the best line of passage is found along left bank descending, staying with the faster deeper waters and out of the myriad unpredictable lines followed by the big tows in the middle of the channel.

The second most dangerous hazard to any big river paddler is a stationary object in a strong current (first most being towboats and barges). In smaller rivers stationary hazards include rocks, boulders, trees, snags, bridges, fences, etc. On the big river the main stationary hazards are fleeted barges, but also includes docks, piers, and buoys. You will paddle past many docking facilities found within the three mile busy section below the lower Memphis bridges. Maintain at least a 100 yard safety distance away from these docks, and more if there appears to be any tow activity. Keep in mind that the wind can blow you sideways into bankside hazards. The river currents can also push you laterally across the face of the river. Watch shoreline landmarks and adjust your angle of travel accordingly. If necessary ferry out and head for the middle of the river, or the far side RBD. There are no buoys bank left through this section of river, because the water is deep all the way to the bank. But if your line of travel takes you into the middle of the river you will find a long line of green buoys (tow pilots call them the cans for their cylindrical-shaped tops) marking the far edge of the navigation channel there. Oftentimes they are placed at the ends of wing dams or dikes. And that is indeed normally the case in this bend of the river, the US Coast Guard tries to maintain these buoys in a position of deep water at the ends of what is marked on the map as the Engineer Bar Dikes. How deep is the water at the buoy?  Towboats & fully-loaded barges draw nine feet maximum, but to add a little buffer the USCG likes to place them at the twenty foot depth. This helps accommodate changes of water level in the ever fluctuating Mississippi River. 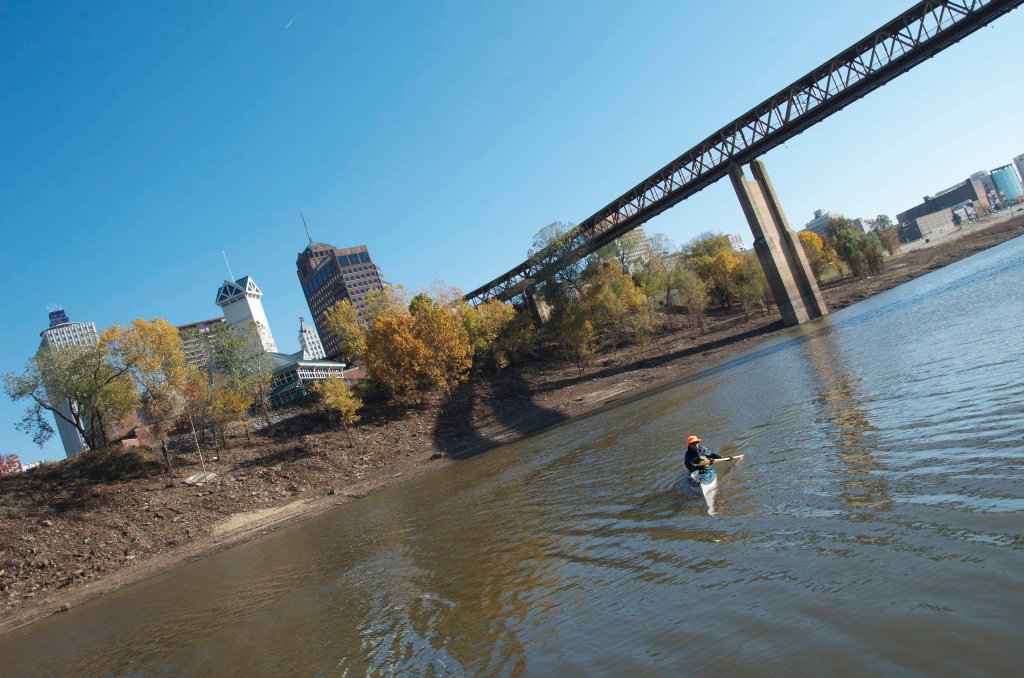 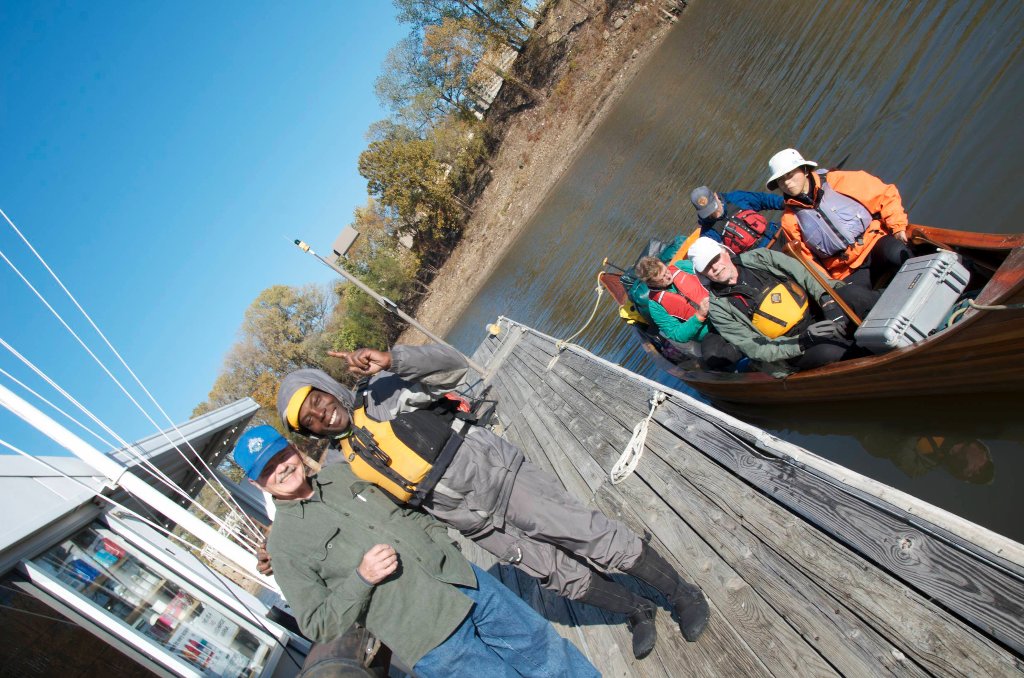 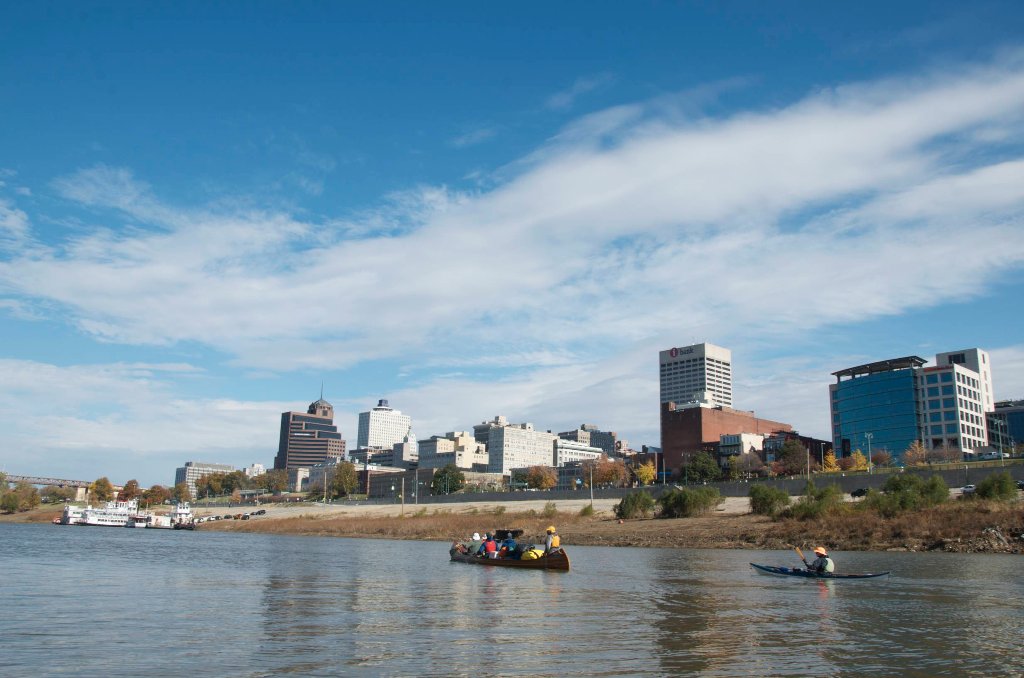 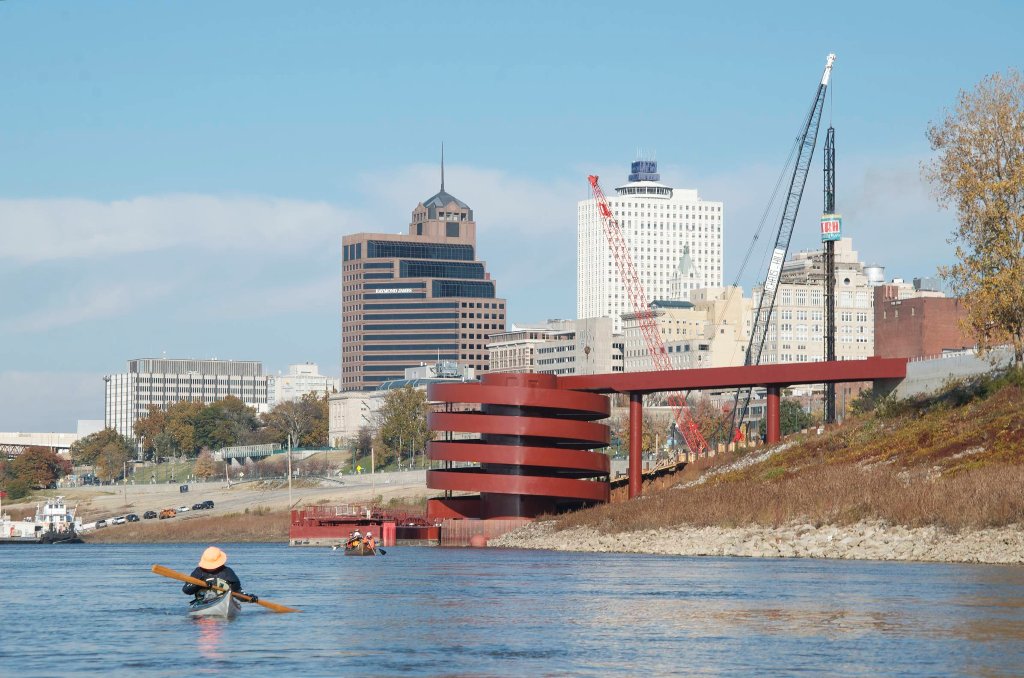