Following the main channel of the river past Hurricane Point/Dennis Landing you will be thrust out mid channel with slower water left bank descending (and the large eddy at Dennis Landing).  At low water levels you must continue main channel because there is no other choice, but at higher water levels if you feel like exploring stay closer to the LBD (left bank descending) shore and enter the back channel of Island 70 which opens through a large mouth over some long dikes.  This channel flows merrily along above 25HG and rejoins the main channel several miles downstream.  There is a high ground top end of Island 70 that goes under around flood stage.  Like a classic towhead island it then descends in elevation gradually through willow/cottonwood forests to the bottom end which is considerably lower, and goes under completely around 30HG.

Sticking to the main channel the river runs strong past Laconia (RBD 608) and through Henrico Bend and is then thrust out again center channel for a crossing back to the Mississippi shore as you approach Smith Point.  Use long-range vision and scout the river as far downstream as you can see for upstream barges, which will also be crossing somewhere in this area.  The river feels bigger in this area, and it is.  The channel has been enlarged by the ancient influence of the Arkansas River, which is now not far off to the West.  In previous river epochs the Arkansas confluenced above this area and the Mississippi basin still retains the extra width.  On a clear day from Henrico you can see clear down the middle of the main channel all the way past Smith Point into Scrubgrass Bend where upstream tows can be vaguely seen chugging along below the tall trees lining the north bank RBD (right bank descending).   At low water tow pilots like to hug the slower waters LBD along Island 70 Dikes and then cross over well into Henrico Bend.

As you paddle along you will enjoy a striking long view downstream over the face of the river deep into Scrubgrass Bend as it bounces back and forth between slight variations of the banks and slides along in continental sheets of water over the hidden contours of the river bottom, in places seen as moody pools of water, in other places as fields of roiling agitation.  The juxtaposition of these various expressions of water make for some unforgettable riverscapes, the likes of which might not be possible anywhere else on earth for this unique combination of elements found only in the deepness of the Lower Mississippi Valley.  On very cold days river mirages are common here.  A river mirage occurs when there is a steep temperature gradient between the river and the atmosphere above it.  When the air temperature is much colder than the river these mirages are formed on the face of the river making strange distortions in the view downstream (or looking behind you upstream).  Sometimes these distortions appear as layers of a blue-grey substance something like water that undulate, sometimes rolling into waves that slowly & silently uncurl themselves in horizontal crests & troughs.  This can be a little un-nerving to an experienced paddler.  If it really was a wave, it would be a giant wave, like a tsunami sized wave.  But the paddler’s fears are quickly dispelled as the wave uncurls and then flattens out and everything assumes its real shape again.

One of the most striking distortions is the enlargement effect.  Distant landmarks or objects get magnified over (or through) the mirages and appear much bigger or much closer than they actually are.  You might be able to clearly read a channel crossing mile-marker that is actually very far away and normally indecipherable.  You might see deer that normally would be impossible to discern walking along the river’s edge miles away.

When towboats are in the area this can produce an alarming reaction for a paddler caught in some exposed place, say at the edge of a narrows or making a difficult channel crossing.  Imagine being halfway across the river in an unprotected place with fast water underneath and suddenly finding the tow that shortly before looked miles downstream now appears to be only a few hundred yards away and steaming directly for you!   You can clearly see the foamy whitewater jaws of death being pushed in front of the leading line of barges.  You paddle harder and harder but you cannot seem to get away from its line of passage.  This is a dangerous position for a paddler to be caught in, there is no escaping the front of a line of barges this close headed your way.  A cold clammy sweat envelopes you.  You paddle harder and harder but can’t make any headway.  Strangely there is no sound.  And then inexplicably the air quality changes slightly, and the mirage disappears, and the towboat returns to its actual position miles downstream where you had originally seen it!

Of course when the temperature gradient is the opposite, i.e. cold water covered with warm air, fog forms over the river surface.  This is a definite and very real hazardous condition.  Go immediately to shore.  On a still day with a thick fog descending, paddler’s beware!  Fog creates your most dangerous situations.  I’ve come close to meeting my maker more than once in the fog.  [CLICK HERE: Paddling and Fog]

An archipelago of islands forms around the bottom end of Henrico Dikes.  At the highest of river levels I’ve heard rumors of water connections via Half Moon Lake through various bayous into White River NWR such as Scrubgrass Bayou through the deep woods over to the White River, which would be well-worth exploring but would only be possible as the river nears flood stage. 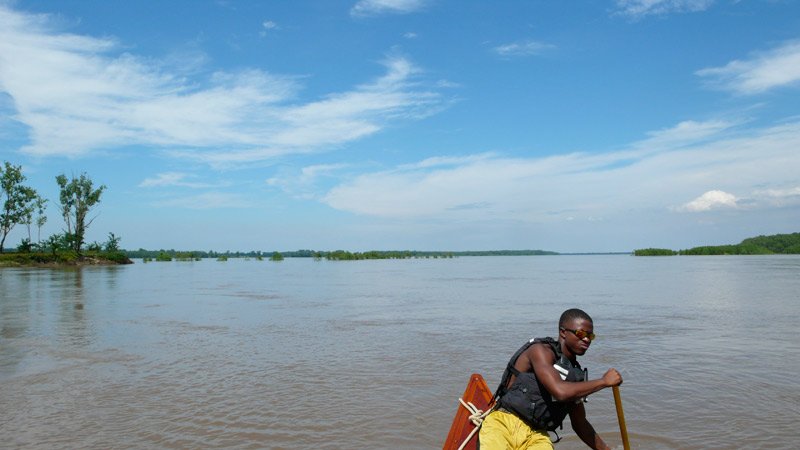 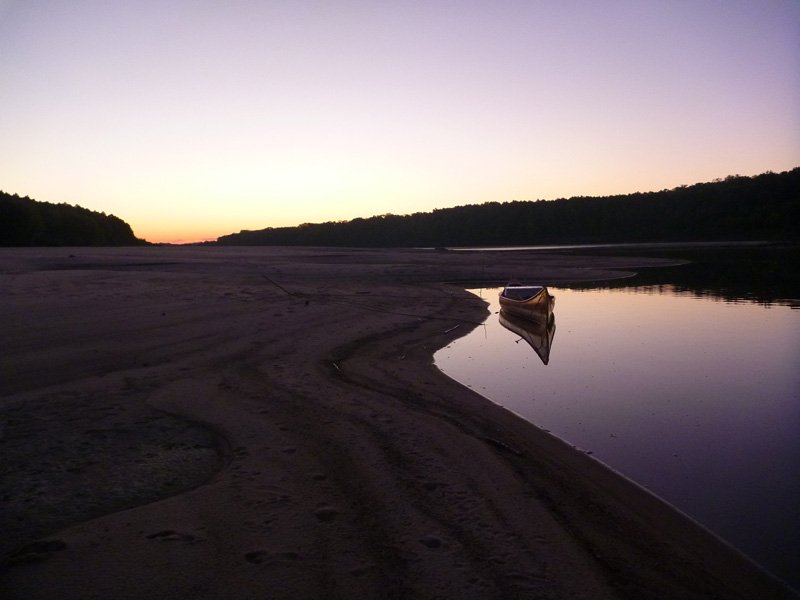 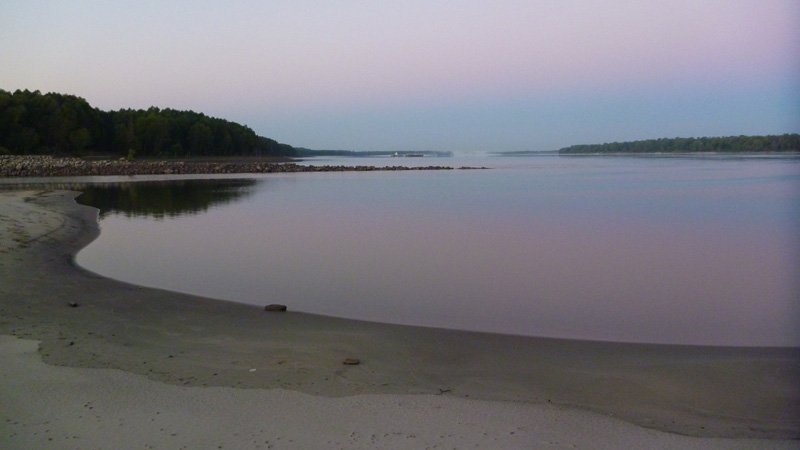 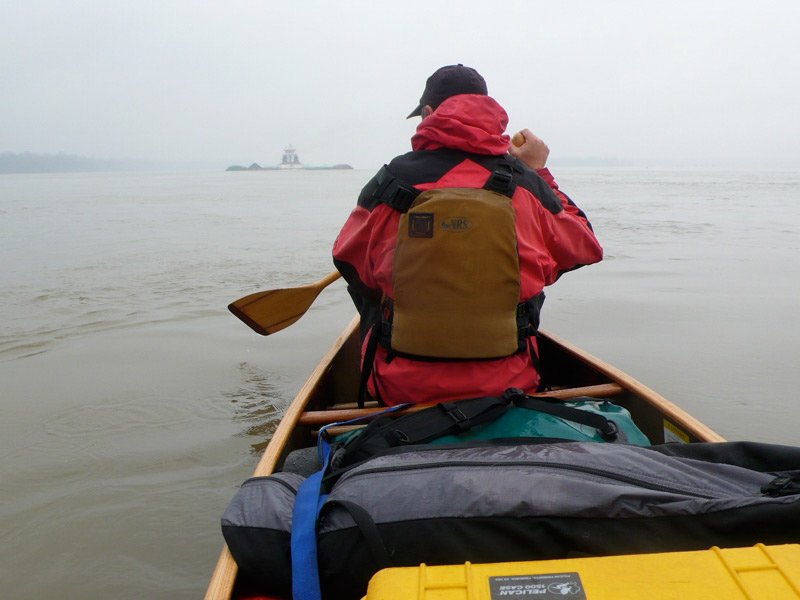