Mile-Long Bayou Goula Island is the biggest of the last three islands on the Lower Mississippi River and also the best birding and tracking, and best all-season, all- weather camping and picnicking in this stretch of river.

Bayou Goula Island is a classic Mississippi River Island: long and skinny, with forests, wetlands, sandy ridges and muddy banks. It grows an enormous sandbar over its top end in low water, and has some sand even at medium water, found mostly along a skinny ridge with willows extending from the forested towhead at its northern point. At high water the sandy places are only found in the forests. At high water the island is seal shaped, plump in the middle and narrowing towards the ends, smooth all the way around. But as the water drops its shape becomes complicated by striking sand patterns that undulate in and out in fluid rhythms, and create unusual water conditions and harbors of safety for paddlers, fish and animals. One of these is a deep inlet that forms inside the back channel in between the sandbar and the steep bank along the forests edge. This inlet remains open down to around 5 BR (on the Baton Rouge Gage). It remains hidden at low water. From the distance you see nothing but sand reaching to the woods. You won’t find it until you paddle several hundred yards down the back channel and then look back. Even though the sand is piled high above in an extensive plateau at high water, this inlet remains wide enough and deep enough for a big voyageur canoe to enter and make landing for the perfect campsite. You will have everything you need here: protection from the trees, firewood, good views all around, and you don’t have to worry about waves smashing your vessel at night. The only times you wouldn’t want to camp here would be in strong northerly or northeasterly winds, or in a fast falling river. The long shallow approach into this inlet might result in a long muddy portage back to deeper water if the river drops a foot or more overnight!

Bayou Goula Island features dependable all weather all water level camping: In high water (22-35BR) look for the highest elevation on the forests at top end; in medium water (12-22BR) top or bottom; in low water (0-12BR) good camp sites can be found top end, bottom end, or anywhere along the extensive sandbars on the main channel side. In north winds, look for shelter on the south side of the island. In south winds stay top end. A willow is found at top end with many grasses and flowering weeds surrounding, and some cocklebur patches. The willows favor this sandy medium high ground, which might be formed below an old pile of rip-rap found its northern end, much degenerated over the years, and hardly noticeable except for some partially sand-submerged rocks and gravel around them. Beyond the rip-rap the sandbar extends smooth and undulating with a very shallow low angle drop to the water’s edge. Red ants are nesting in various locations. They sometimes build their homes in pieces of driftwood, so carefully inspect any logs before lifting and moving. In East winds stay main channel. In west winds you might have to hunker down top end or bottom end, because there are very few choices for back channel camping (because of its tall steep muddy banks), except in high water when you can paddle right to the forest’s edge.

Mile-Long Bayou Goula Island is the biggest of the last three islands on the Lower Mississippi River with the best camping in the quietest and most remote location. You may not see many animals, but you know they’re with you on the island by all of the tracks you see in the sand. You will find river otter and beaver tracks in the bars closest to the river’s edge, and also raccoon, and the common shore birds egrets, cormorants, blue herons and Kingfishers. White Pelican might make landing on the top end at low or medium water, and bald eagles perch in the exposed branches of the highest trees awaiting their chance to descend and make a catch from the surrounding waters. Deer, coyote, and possibly bobcat range over the entire island, and their tracks prove it.

The Bayogoula were a Native American tribe from Mississippi and Louisiana. Their name translates as “bayou people.” They were a part of the Muskugeon people. The Houma people attacked them around 1699-1700. They lived in with another tribe, the Mougoulacha in 1700. In the early 18th-century the Bayagoula killed many Mougoulacha, almost wiping out the entire tribe. This was triggered from a fight between the two tribes chiefs. The Tonica tribe moved into the community soon thereafter. In 1706 the Tonica ambushed the Bayagoula and almost killed all of them. By 1721, the rest of the tribe had suffered considerable deaths from smallpox. The remaining Bayogoula are believed to have moved to the area of the present day Ascension Parish of Louisiana, possibly melding into the community of the Houma and Acolapissa who lived there. (Wiki)

In the 1940’s an archeological excavation was conducted at the site of two mounds and a roughly 600ft earthen plaza near the present day community of Bayou Goula. A plethora of artifacts were unearthed in what was a relatively small excavation including dwellings, pottery, tools, burial remains and jewelry. Bayou Goula does not look like much these days but was once the site of a Native American settlement inhabited as early as the Plaquemine Period. French Canadian explorer Iberville documented two temples and 107 cabins enclosed within a palisade. The tribal people living here, some four to five hundred in 1700, were called the Bayougoula meaning “bayou people.”

The tradition of unrest in this area continued as the Bayou Goula site was the land where the French organized before marching on the Natchez in 1730 and later saw skirmishes during the Civil War. By 1860, Bayou Goula had become an important port and steamboat landing with two elegant hotels. But in 1929 the old town was mostly erased by the relocation of the Mississippi River levees some 700 feet inland in an effort to control the Mighty Mississippi and its devastating flood waters. The small community of Bayou Goula bears little reminder of its ancient Native American or thriving river town history. (Michael Orr)

Nottaway is the largest and most grandiose of all the Louisiana Plantations, and might make a good excuse for a stop to stretch your legs. Rocky landing in low water, but excellent views of the river and Bayou Goula Island from the levee. Looking inland a sea of sugar cane surrounds the bony white plantation. Morning glories crowd the grasses on levee (also a bright red morning glory-like flower called cypress vine) and elephant ears populate the wetlands below. You might be able to refill waterbottles here. Paddlers can access Nottaway Plantation via the gravel and rock steamboat landing on the river just above the base of Bayou Goula Island on the West bank at 194.8 RBD. Accommodations are offered at Nottoway, and would make a striking counterpoint to the rustic camping you have been doing to date down the river. Be ready to spend upwards of $200/night for the luxury. Nottoway Plantation & Resort, 31025 LA-1, White Castle, LA 70788. www.nottoway.com. 225-545-2730.

Sandbars wrap completely around Point Clair, another 180 degree bend of the river. Point Clair is similar in shape and proportion to Manchac Point, but its sandbars aren’t as high nor as extensive. The first possible camp you’ll encounter is across the back channel form the the bottom of Bayou Goula Point, where an elegant swath of sand forms below 20BR, with a sea of willows. Just around the corner (194LBD), however is a very active dirt and sand operation, which greedily consumes all of the sediment that fetches here in higher water levels. If you are needing a place to land, and the water is low or medium, keep going to the bottom end of Point Claire. The last of the Point Clair sandbars are found a mile further, past the last point at 193LBD, and offer good sand below 20BR. From there and further downstream the sandbars descend in height, and disappear as the water rises below 10BR. 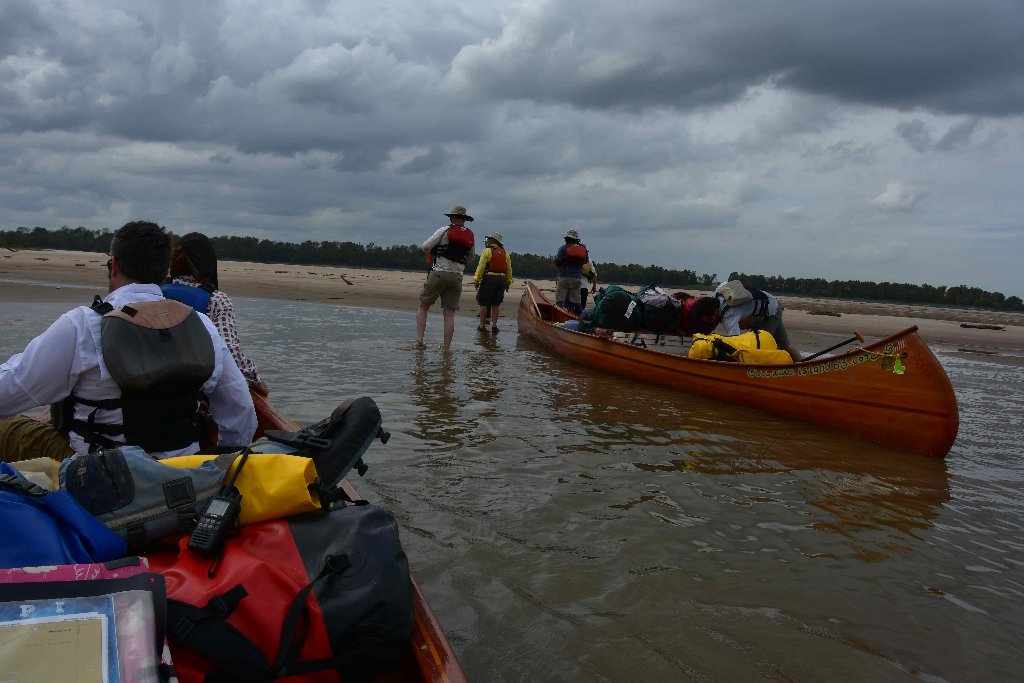 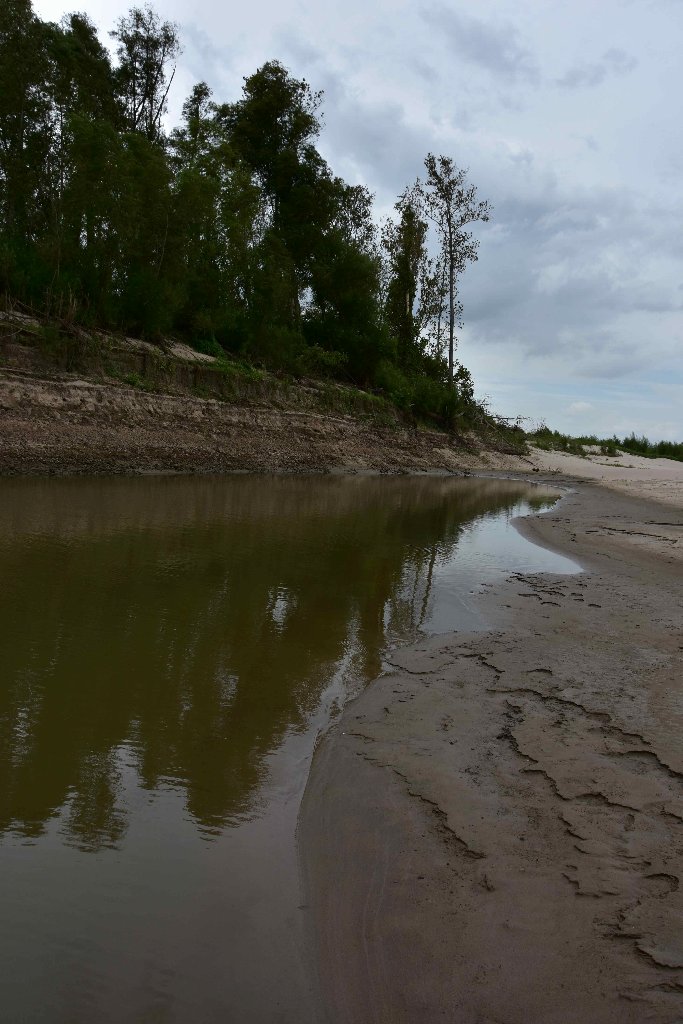 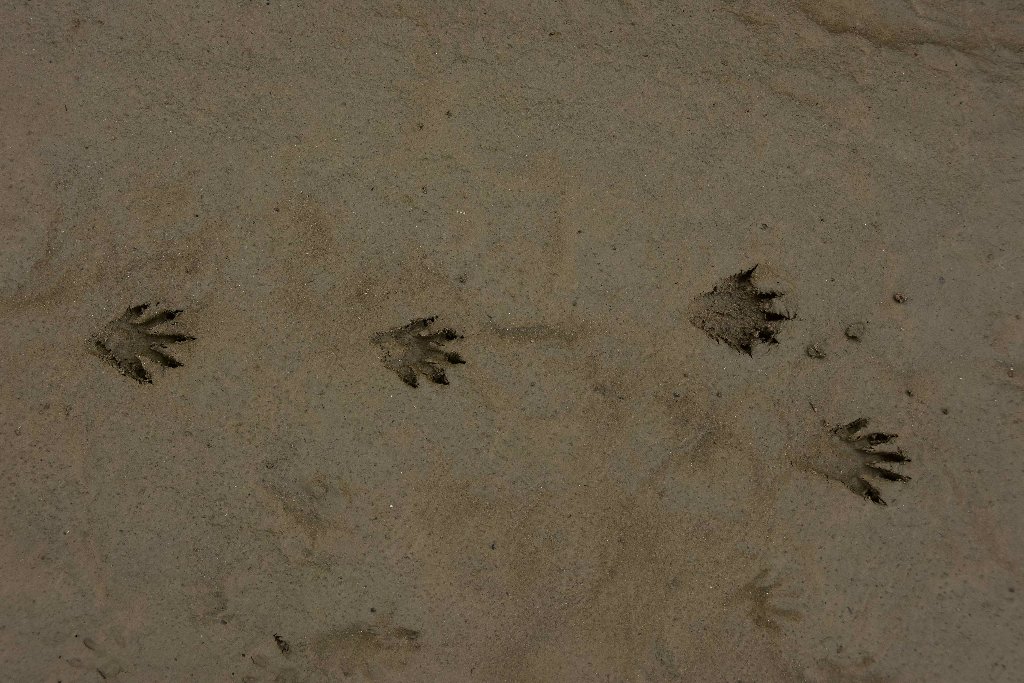 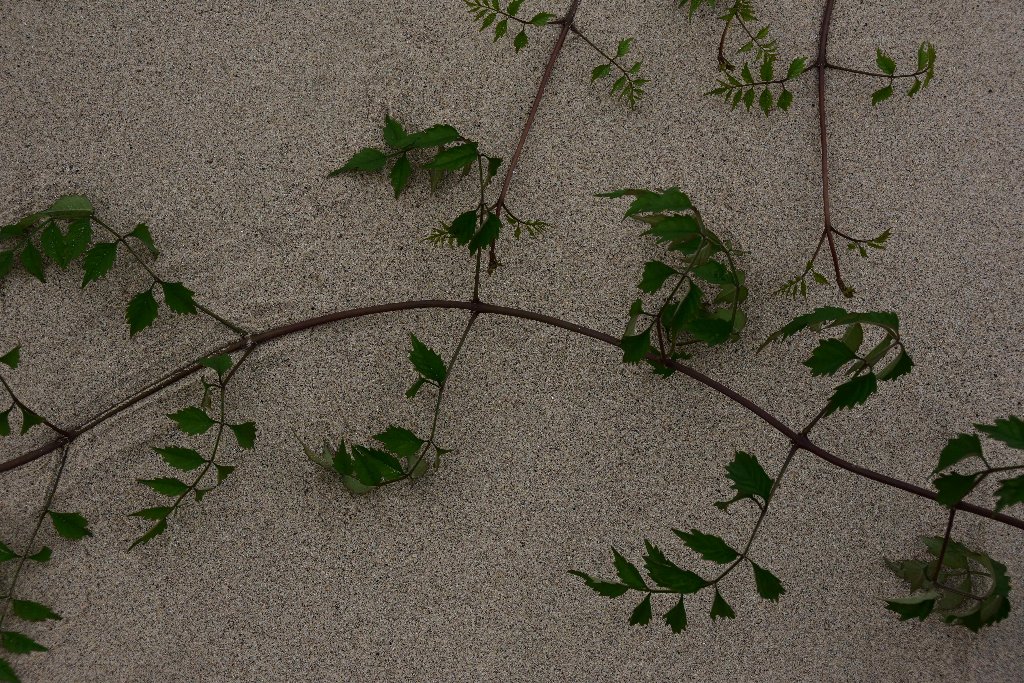 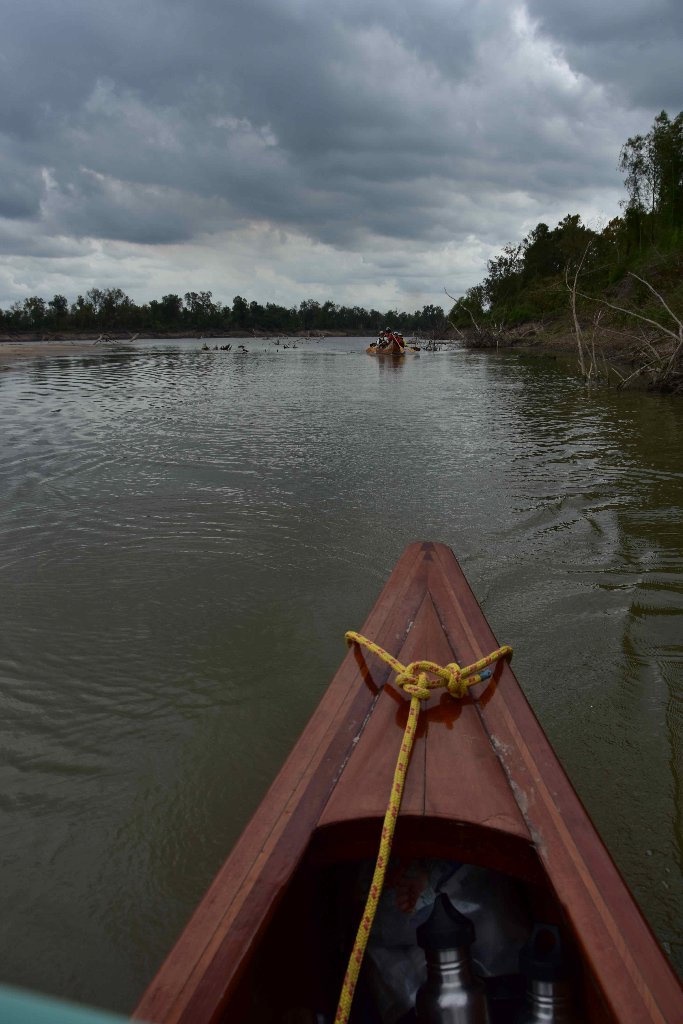 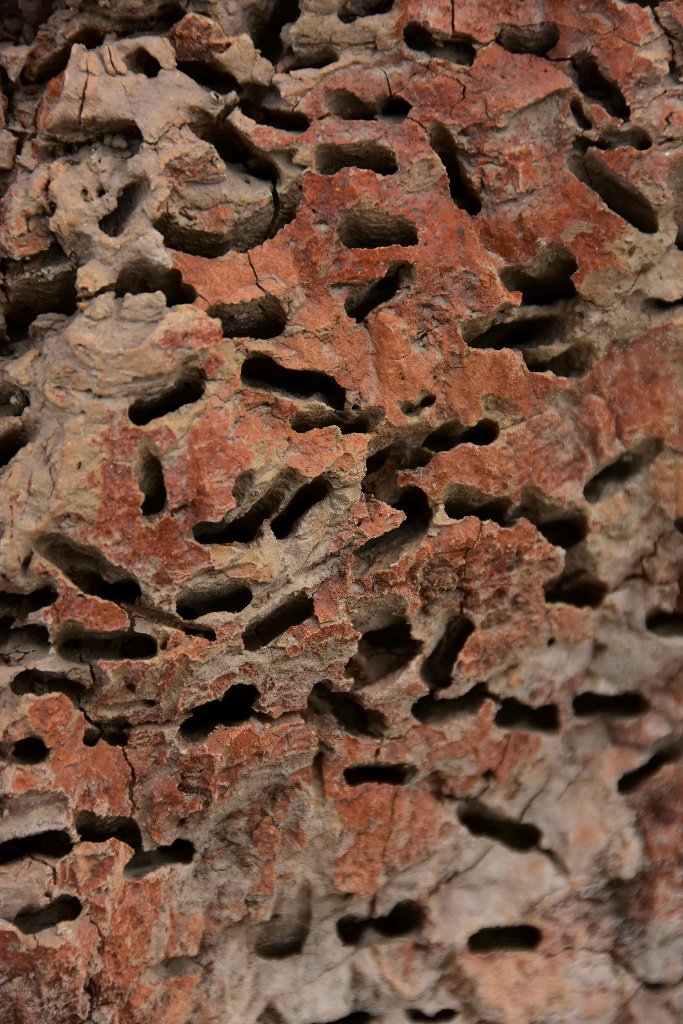 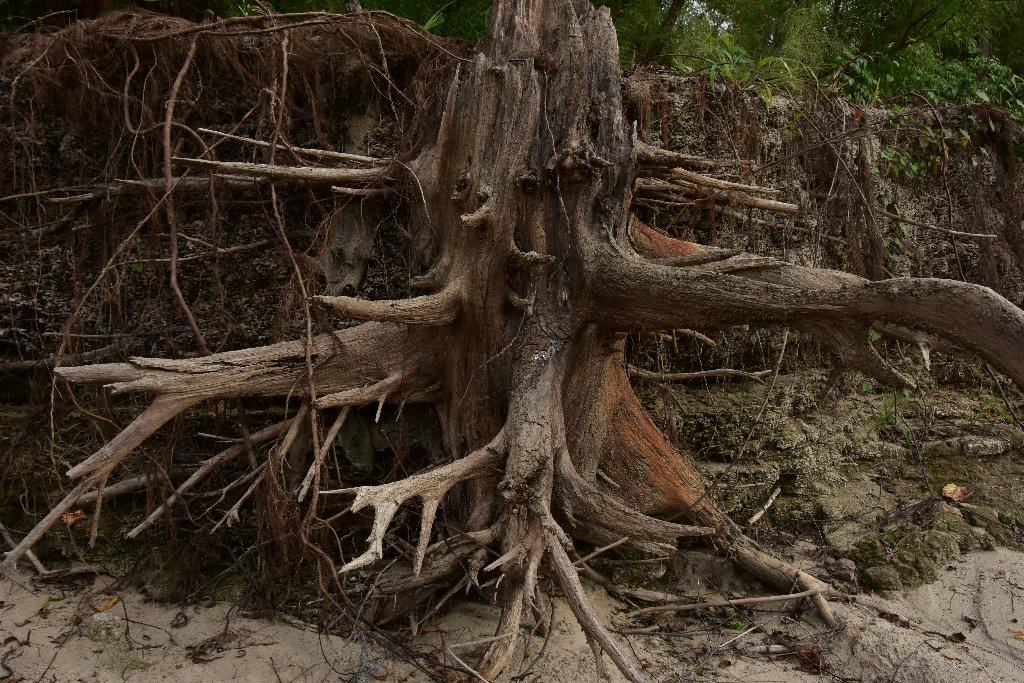 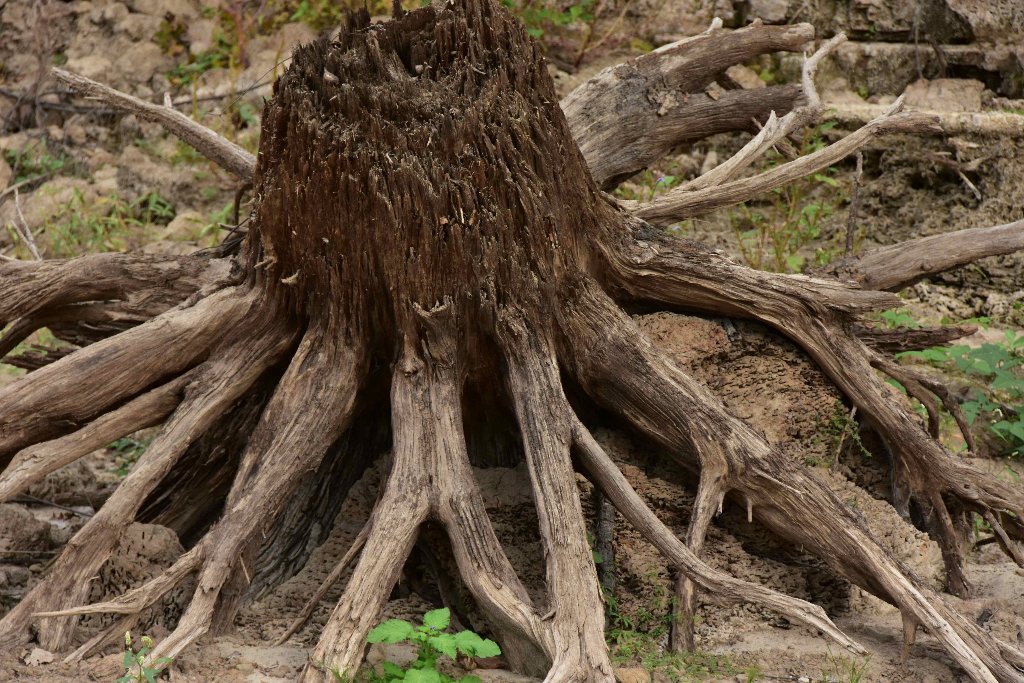 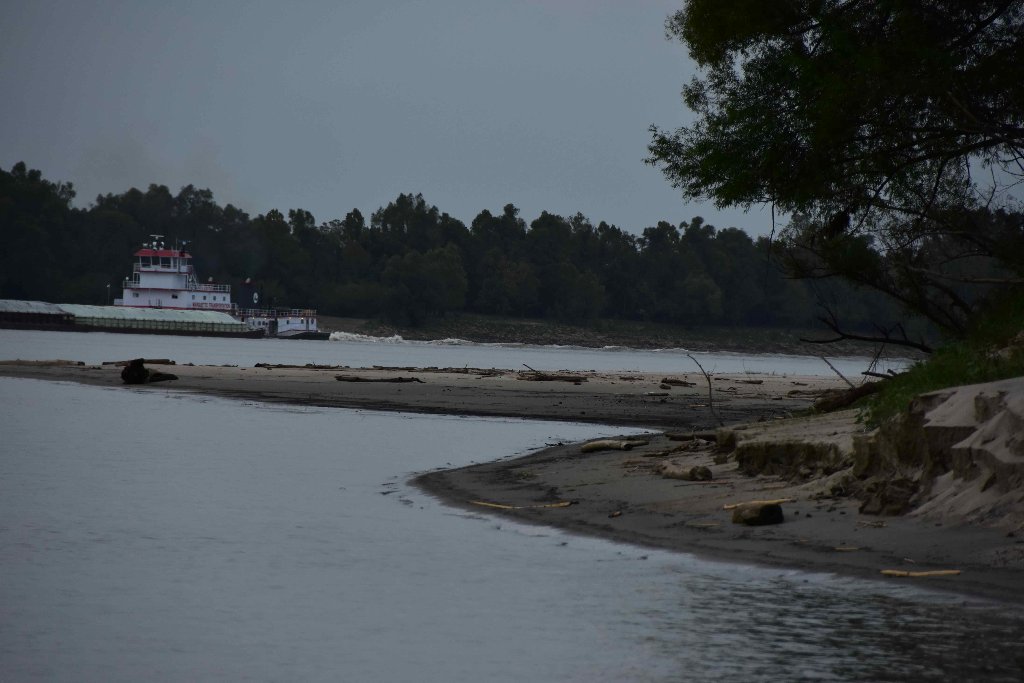 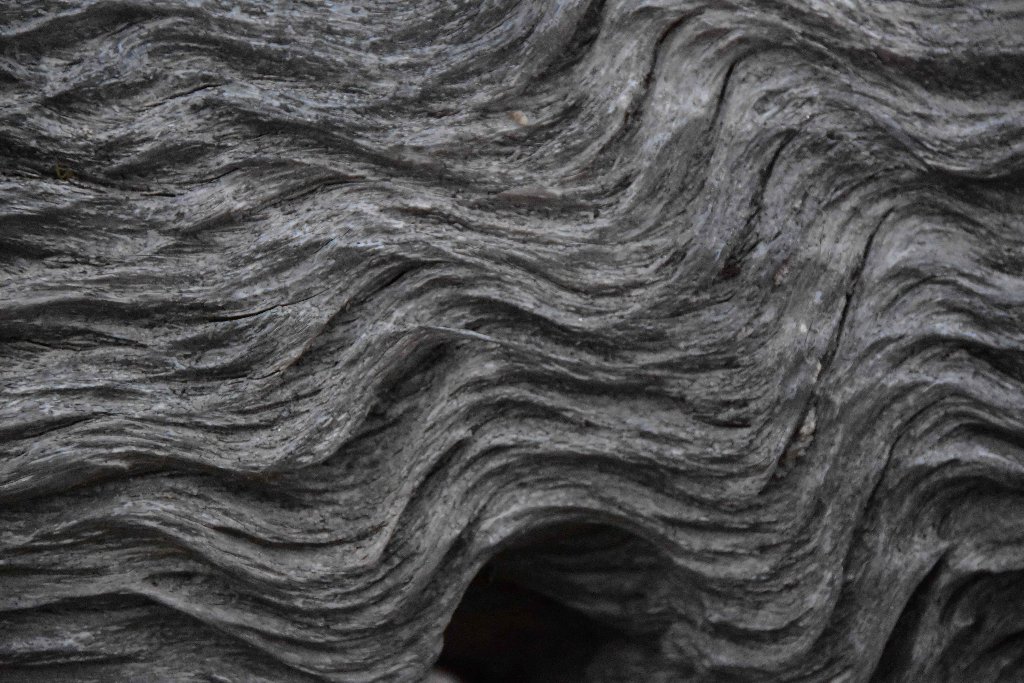 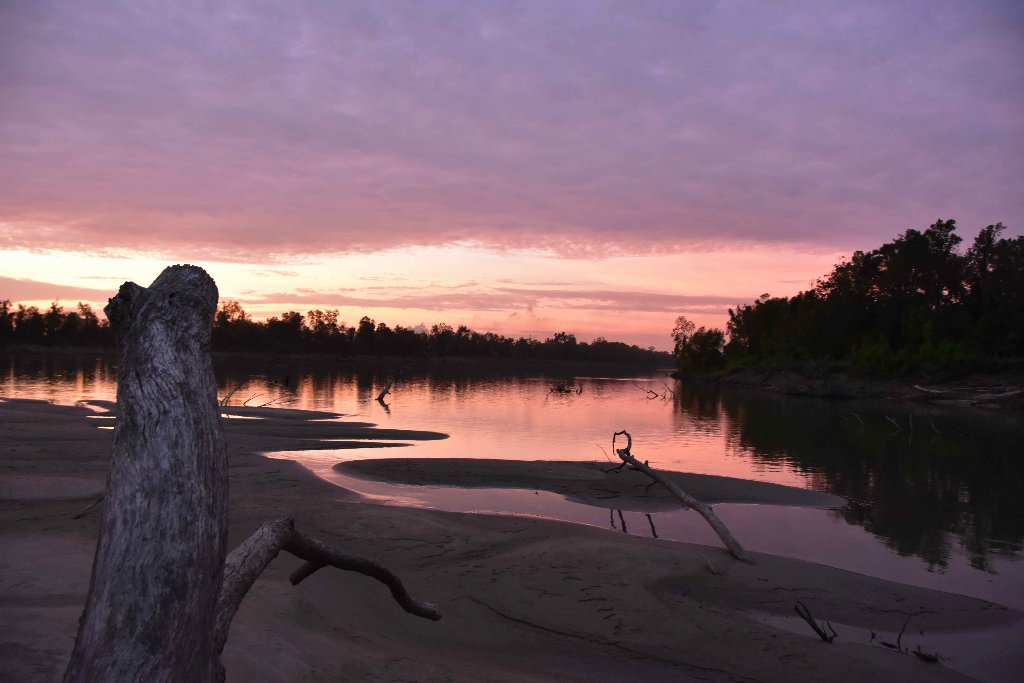 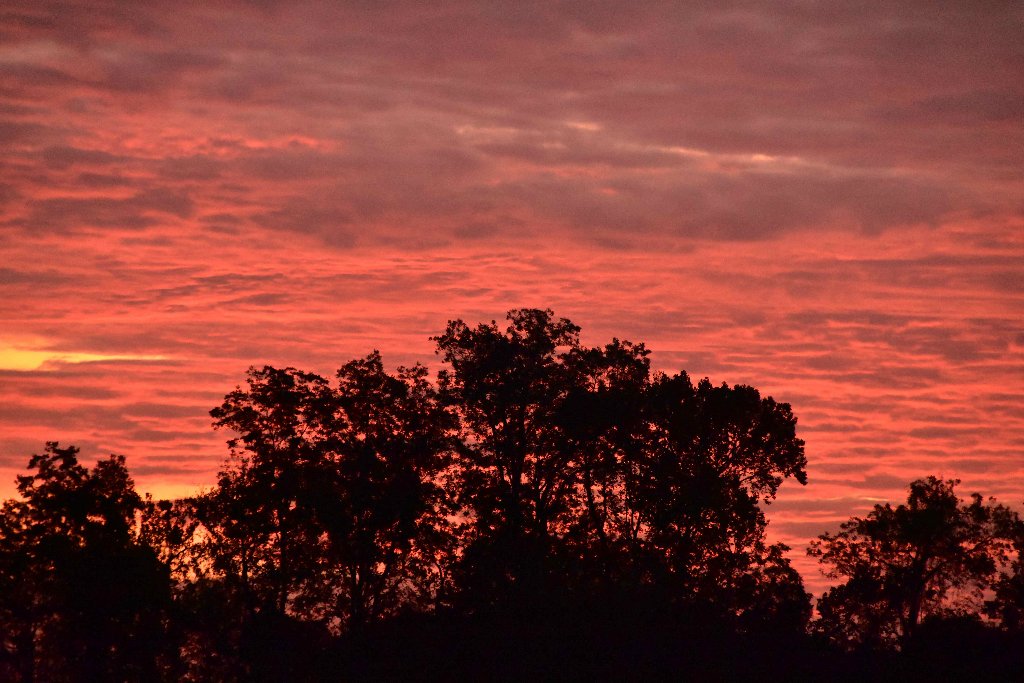 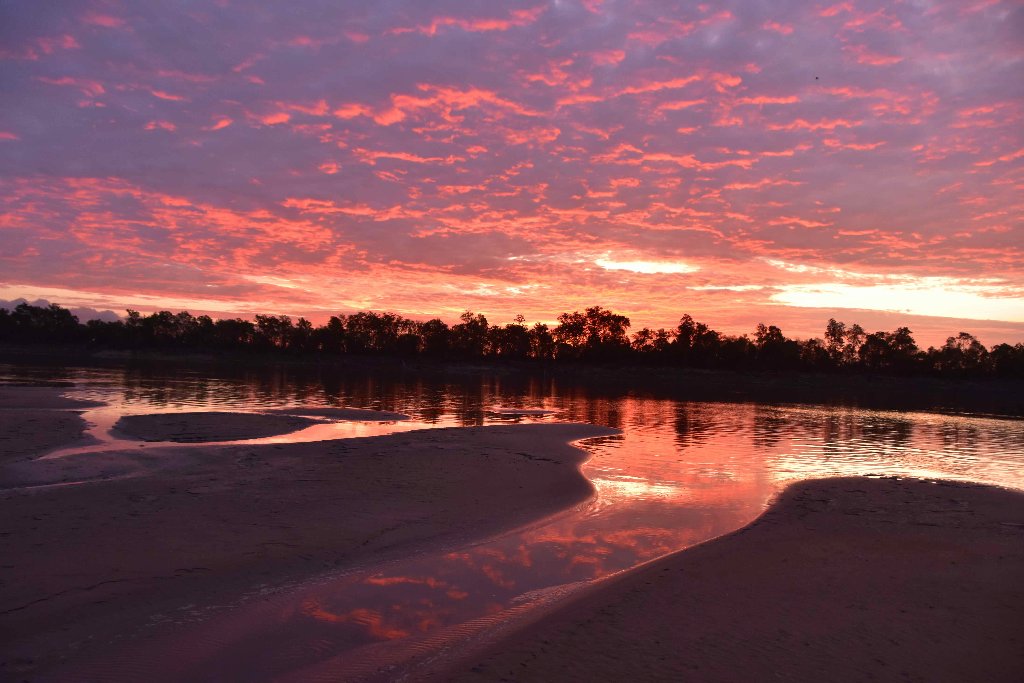 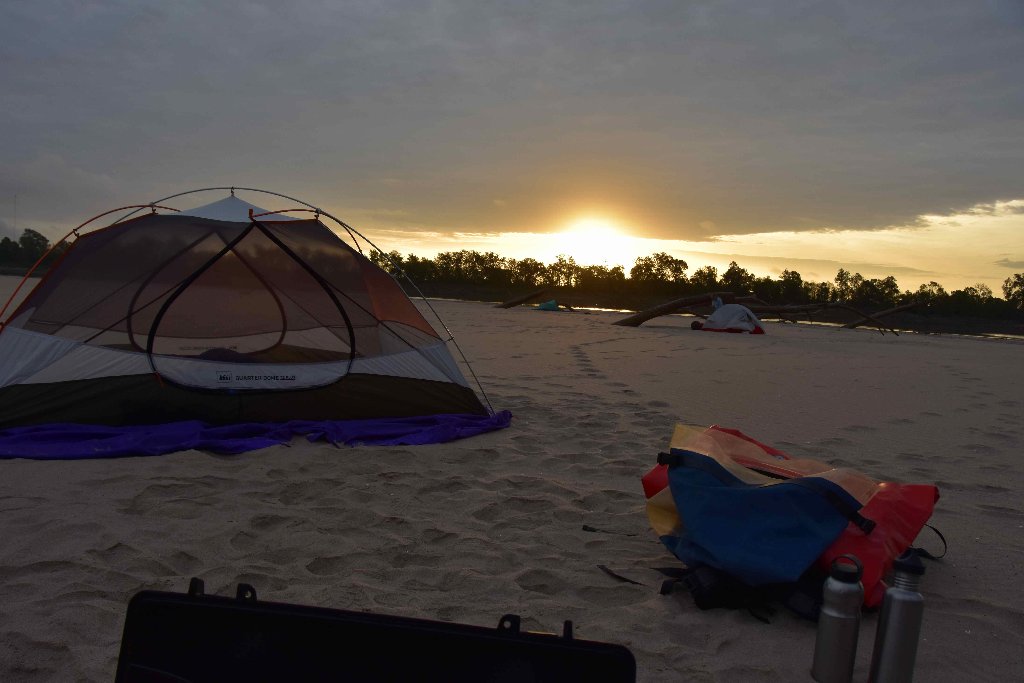