The greater New Orleans area faces a triple threat when it comes to sources of flood risk: the Mississippi River, rain and hurricane storm surge. In addition to the Hurricane and Storm Damage Risk Reduction System, we have implemented a number of critical flood control projects. The Bonnet Carrè Spillway, located 28 miles above New Orleans, is the southernmost floodway in the Mississippi River & Tributaries system. Located on the east bank in St. Charles Parish, it can divert a portion of the river’s floodwaters via Lake Pontchartrain into the Gulf of Mexico, thus allowing high water to bypass New Orleans and other nearby river communities. Additionally, we administer the Southeastern Louisiana Urban Flood Damage Reduction Project (SELA), in which we support the master drainage plans of four parishes (counties) and generally provide flood risk reduction on a level associated with a ten-year rainfall event. We also keep the Mississippi River on course. The Corps built and maintains the Old River Control complex, on the river northwest of Baton Rouge, which prevents the Mississippi from changing its course to the Atchafalaya Basin. The Corps’ Atchafalaya Basin Floodway System (ABFS) project is helping flood control and the environment by the purchase of easements that will ultimately total 338,000 acres. This Corps project is also creating water management units to restore flows for wildlife, and acquiring 50,000 acres to provide public access for recreation. (USACE)

The Lower Mississippi River serves America’s largest-tonnage port complex, with four of the nation’s top 15 ports shoulder-to-shoulder. We maintain 2,800 miles of navigable waterways along the Mississippi, including 400 miles of deep-draft channel. We operate 12 navigation locks to serve these waterways. Maintaining these channels requires a great deal of dredging. In 2006, the New Orleans District dredged 44 million cubic yards, or 39 percent of all dredging by the Corps nationwide. (USACE)

Since the 1930s, coastal Louisiana has lost more than 1,875 square miles (1.2 million acres). That’s an area about 25 times the size of Washington, D.C. While the typical land loss rate is about 24 square miles per year, Hurricanes Katrina and Rita eliminated 217 square miles of coastal wetlands in less than one month. The rapid erosion of Louisiana’s coast puts some of the nation’s critical assets and natural resources at risk. The southern coastal area is home to nearly half the state’s population, one-third of the fish (by weight) commercially harvested in the lower 48 states, and five of the 15 busiest ports (by tonnage) in the United States. In addition, nearly 25 percent of all the oil and gas consumed in America and 80 percent of the nation’s offshore oil and gas travel through coastal Louisiana. As wetlands erode, the infrastructure that transports the nation’s energy supply becomes increasingly susceptible to storm damage. A contributing factor to Louisiana’s land loss is the change in sediment load carried by the Mississippi River. Sediment deposits historically formed natural levees and barrier islands that served as south Louisiana’s first line of defense against hurricane damage. As we build dams in states as far away as North Dakota to provide electricity, irrigation and flood protection, we impact the level of sediment carried downstream by the river and deposited in the Delta Region. Given the national implications of coastal land loss and the shared accountability for it, the federal government plays a major role in protecting and restoring Louisiana’s coast. The agency best suited to carry out that responsibility is the Corps. (USACE)

A couple of low water sand dunes are found in small cubbyholes cut into the West Bank riverbank, one at approx 102.3 RBD and the other at 102.2 RBD both of which would make good picnic or campsites up to around 10NO.

If you need a point of contact (other than the Moonwalk/Jackson Square) to meet someone in New Orleans, this would be the best place at a very recognizable and easy- to-get-to location. Well, better put, its easy to get to the base of the Fly. But getting up to the grassy park above is something like scaling a short cliff. Leave someone with your vessel or pull completely out of the water up to grass. You might need ropes to pull your canoe or kayak up. It’s a rocky landing with a very difficult exit at low and medium water levels. The rocks here have been packaged in stainless steel wire cages, resulting in something like a series of short cliffs. You will have to portage your vessel up and over these cliffs, which will not be an easy task, because the bank at “the Fly” sits 30 feet above sea level. In the early 1900’s it was used as a landfill, and Audubon Park actually encouraged citizens to dump their “clean” garbage at the site, in order to build up the land enough to keep it propped up above the river year round. The zoo once buried its dead animals on the site.

One of the most beautiful of city parks in America, Audubon Park is a 300 acre tract with lagoons, bike paths, outdoor swimming pool (open Summer), oak trees (including the “Tree of Life”), Zoo, and Golf Course. But it wasn’t always that way. It was once a swampy plantation, too wet to make any valuable crop. It was a muddy camp for Confederate, then Union Soldiers (including the historic 9th Cavalry Buffalo Soldiers – the first black soldiers in the United States military). Then it became ground zero for a back-room land-grab deal that eventually caused the impeachment of a Louisiana Governor. Finally the great landscape architect John Charles Olmsted, whose firm had developed Central Park in New York, overhauled the park. Audubon Park hosted the 1884 World’s Fair, which is believed to be the original transmission point of the fateful eichhornia crassipes, the Water Hyacinth. Well-meaning members of the Japanese delegation gave them away as gifts to fair-goers, who delighted in the delicate violet flowers that sprout from the plants like honey combs. The hyacinth, in turn, delighted in their new swampy surroundings. They clogged so many waterways across the South that in March of 1910, the United States House of Representatives debated H.R. 23261, a bill that would appropriate $250,000 to import “useful new animals” – hippopotamuses – to deal with the nuisance plant. If you walk along the road to the downstream end of the Fly, until the road turns away from the river and crosses the railroad tracks, you can experience the “The Tree of Life,” also known as “The Tree.” It is too huge to describe here. If on your journey you have seen trees as big or magnificent as The Tree, the Rivergator wants to know about them! To get to The Tree, follow the road as it leads away from the river. To your right, you’ll see tennis courts, to your left, if you’re lucky, you’ll see giraffes sticking their heads up over the fences of the zoo. Keep walking for a few minutes and The Tree is on your left. A walk to St. Charles Avenue at the end of Audubon Park will get you to Tulane University and Loyola University. 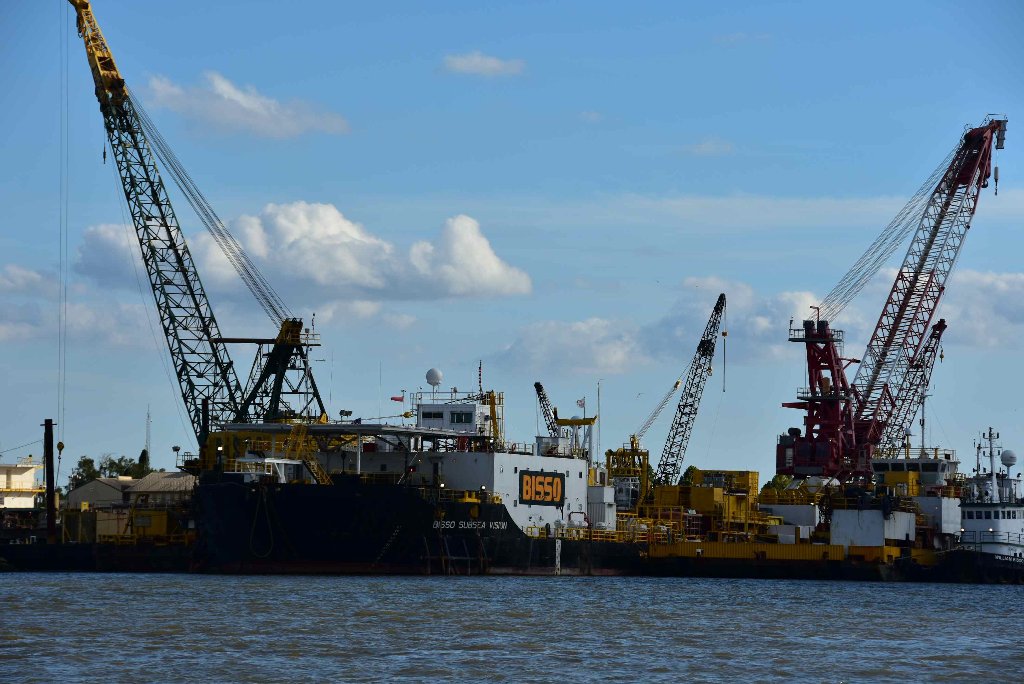 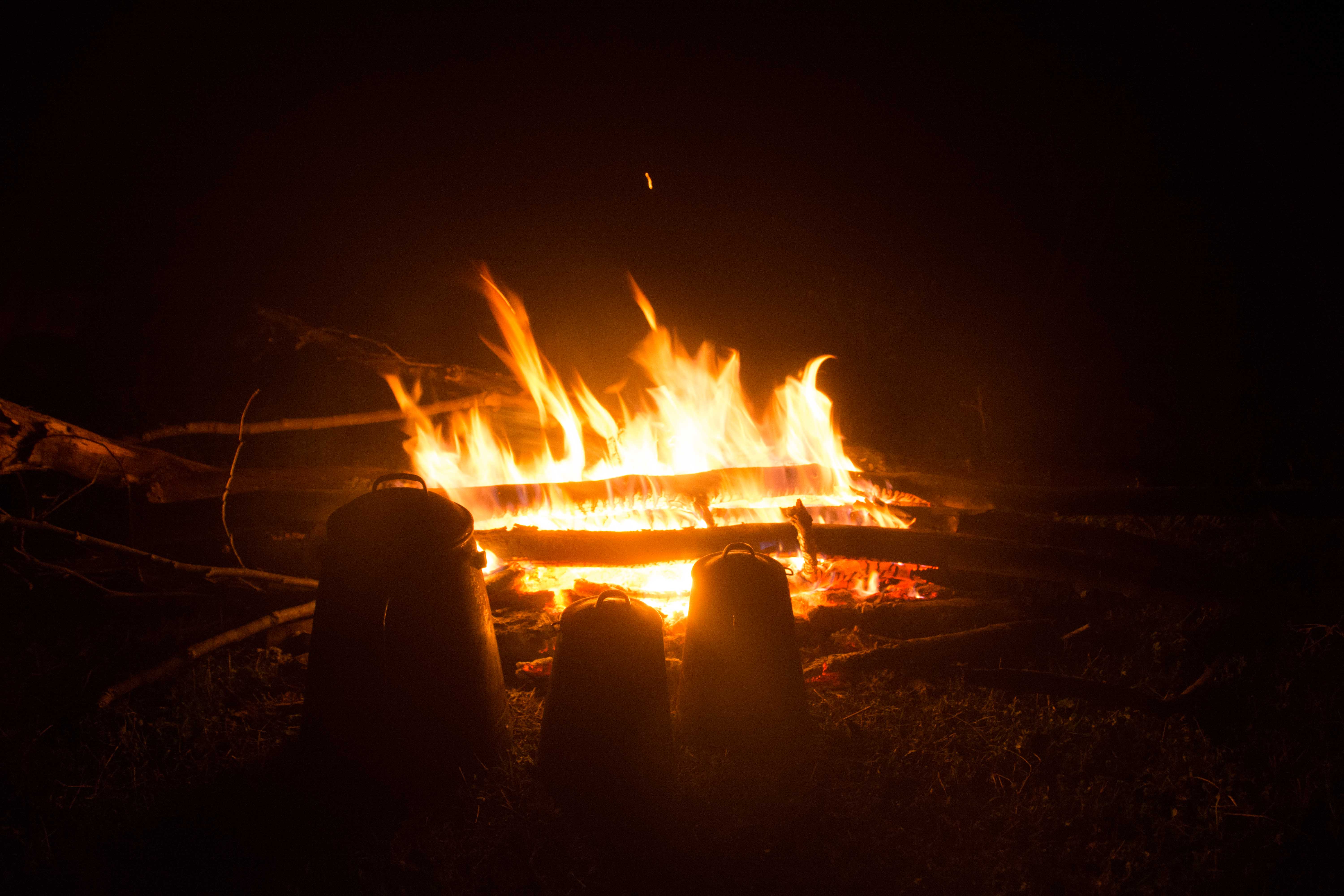 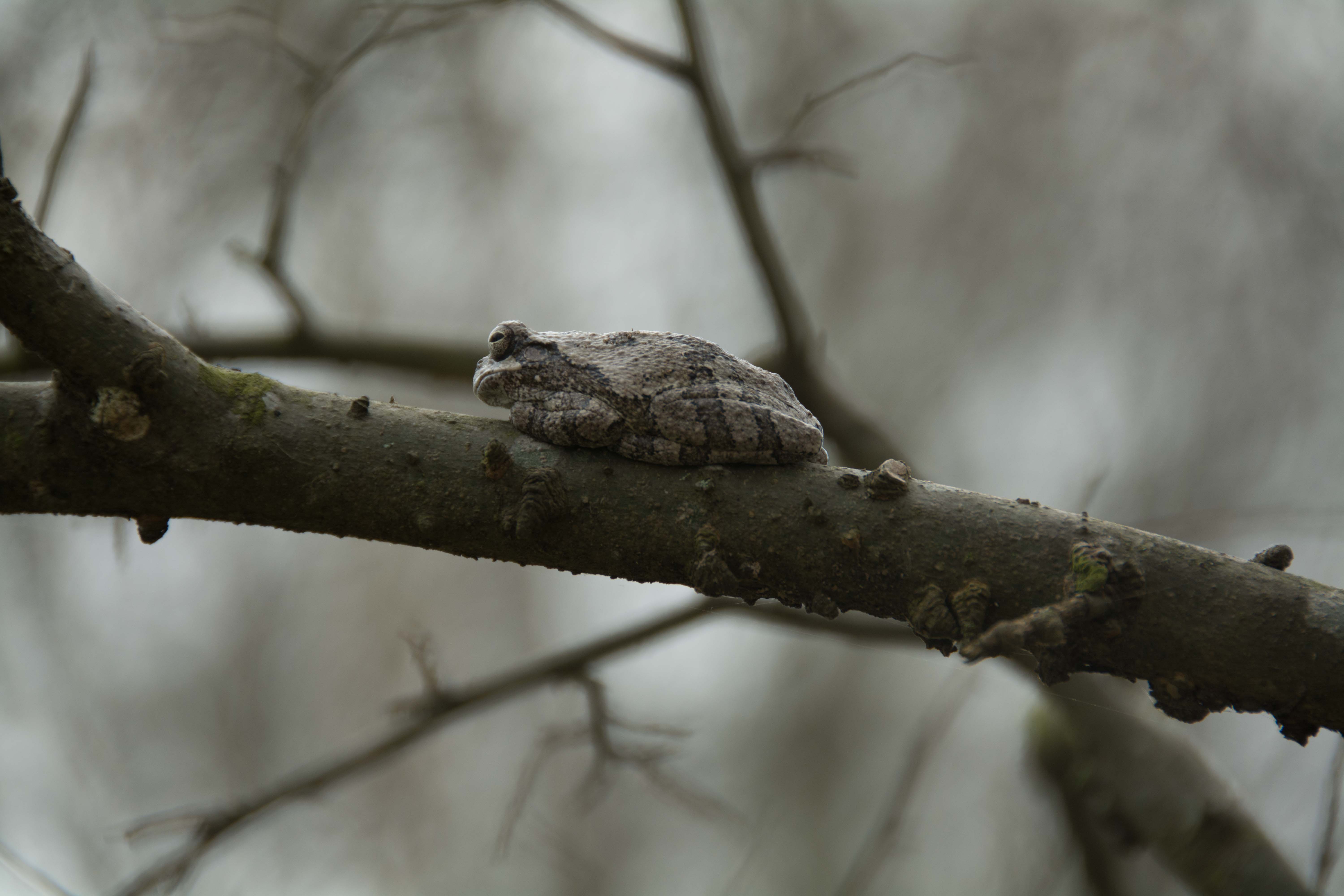 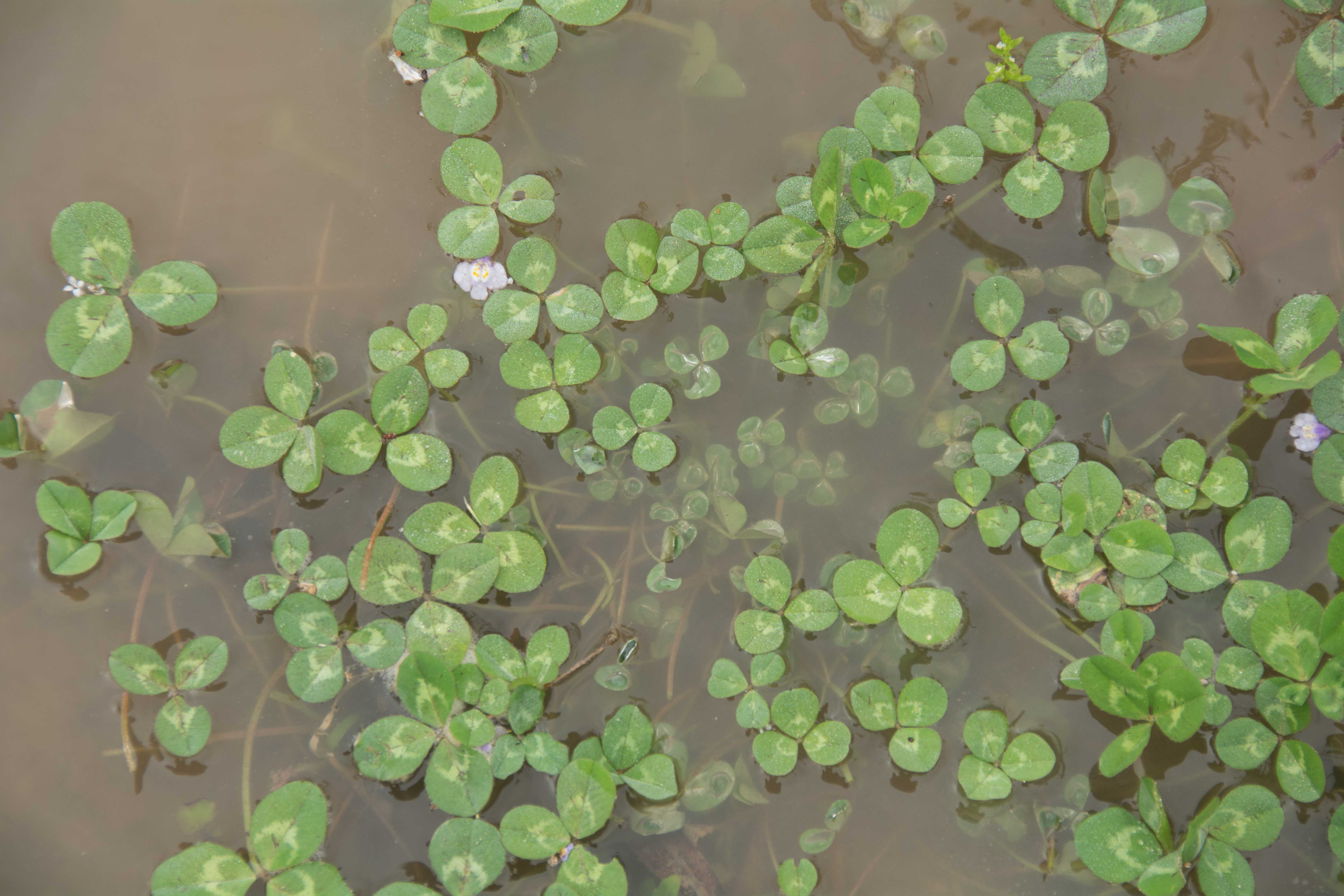 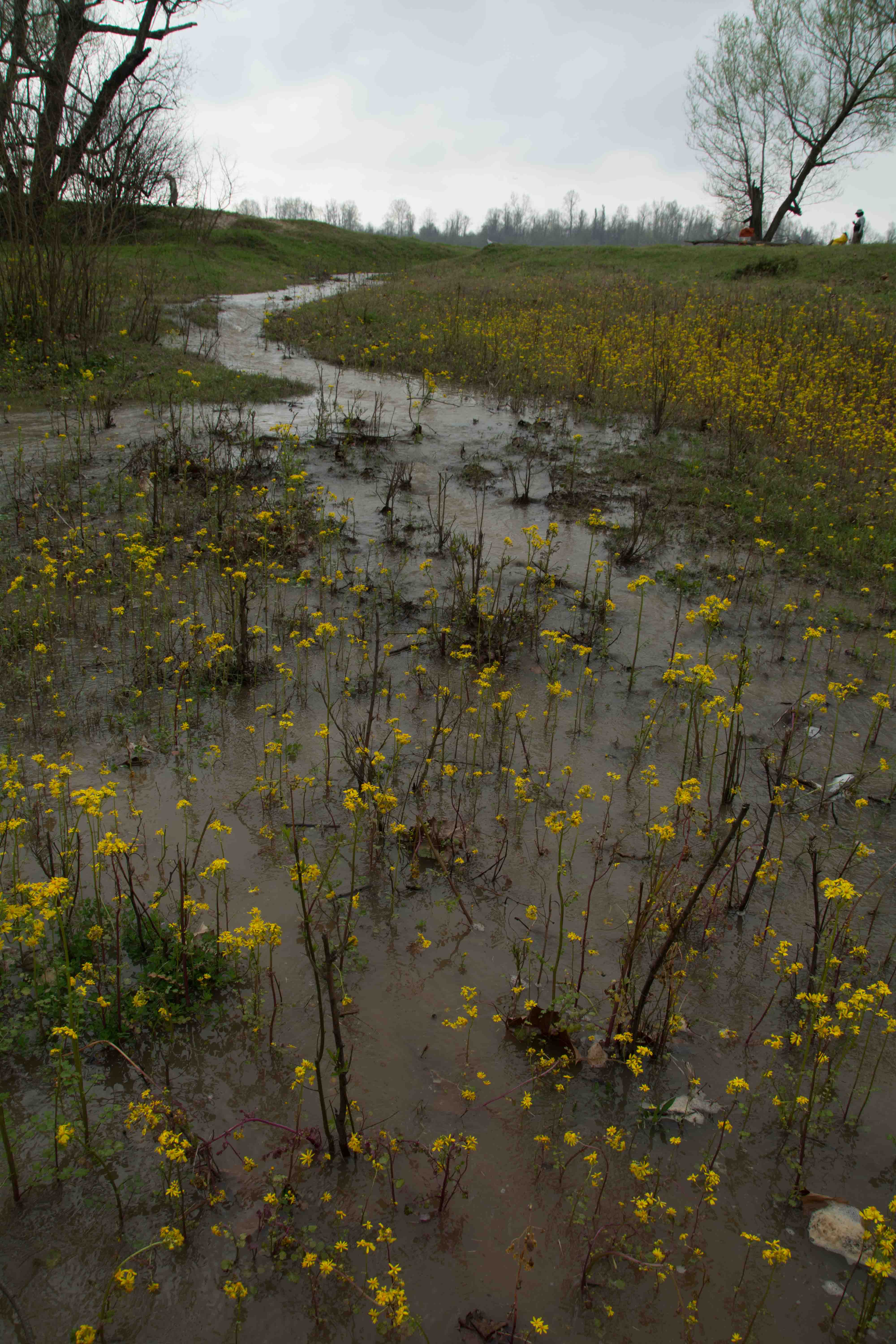 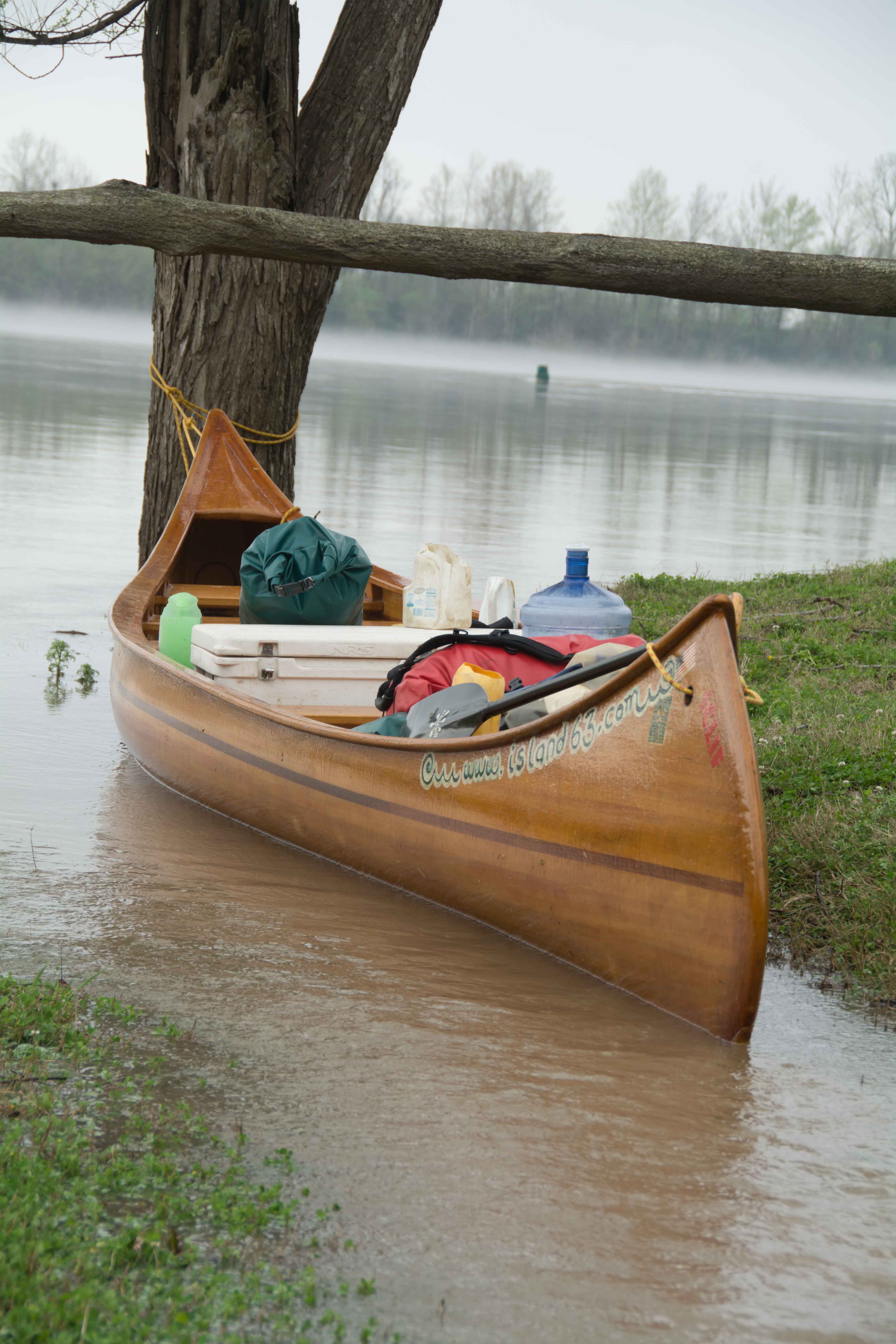 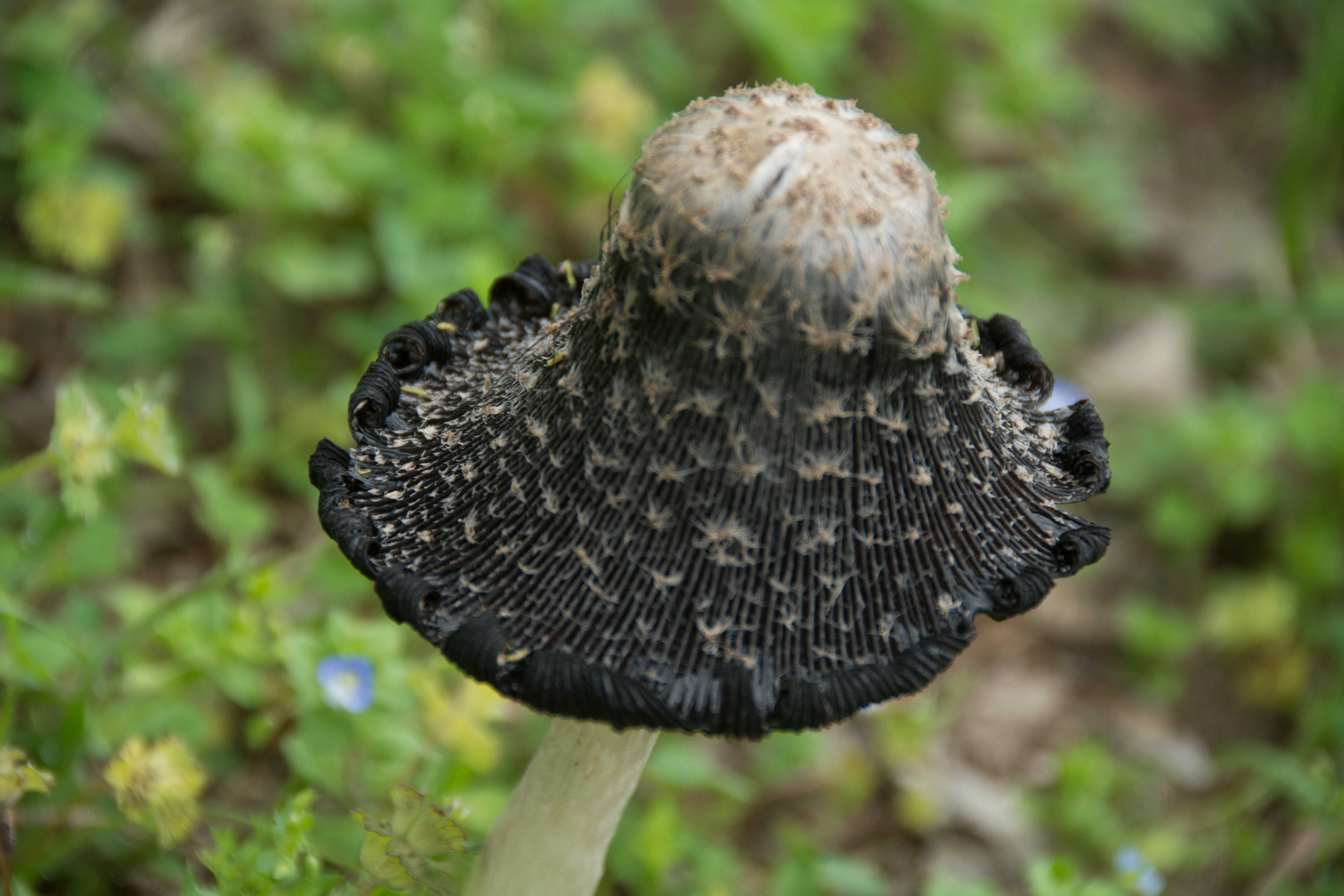 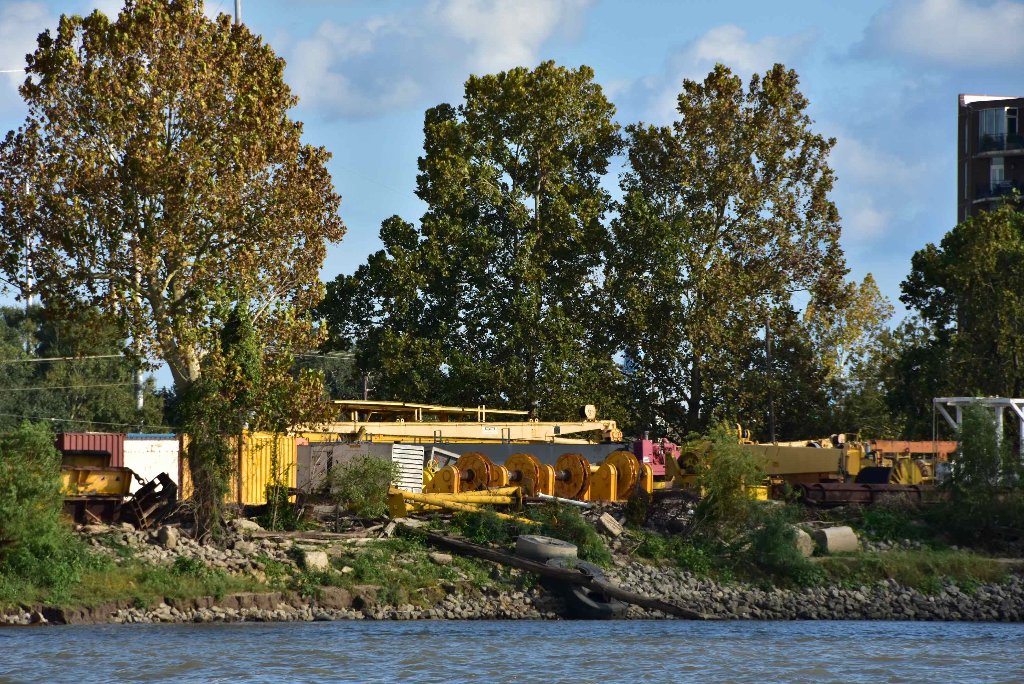 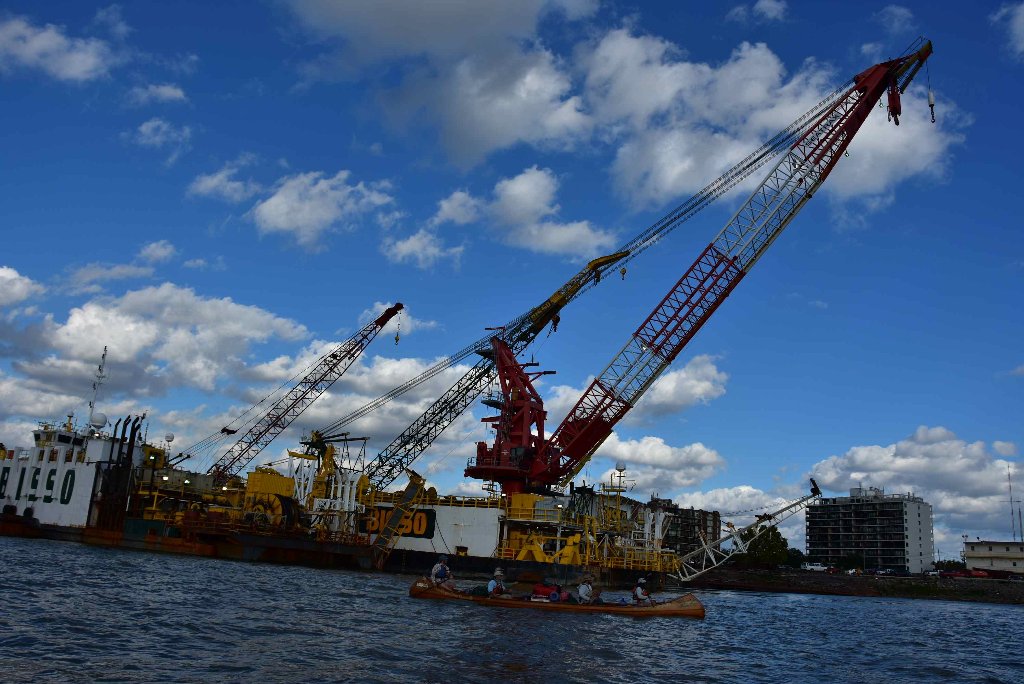 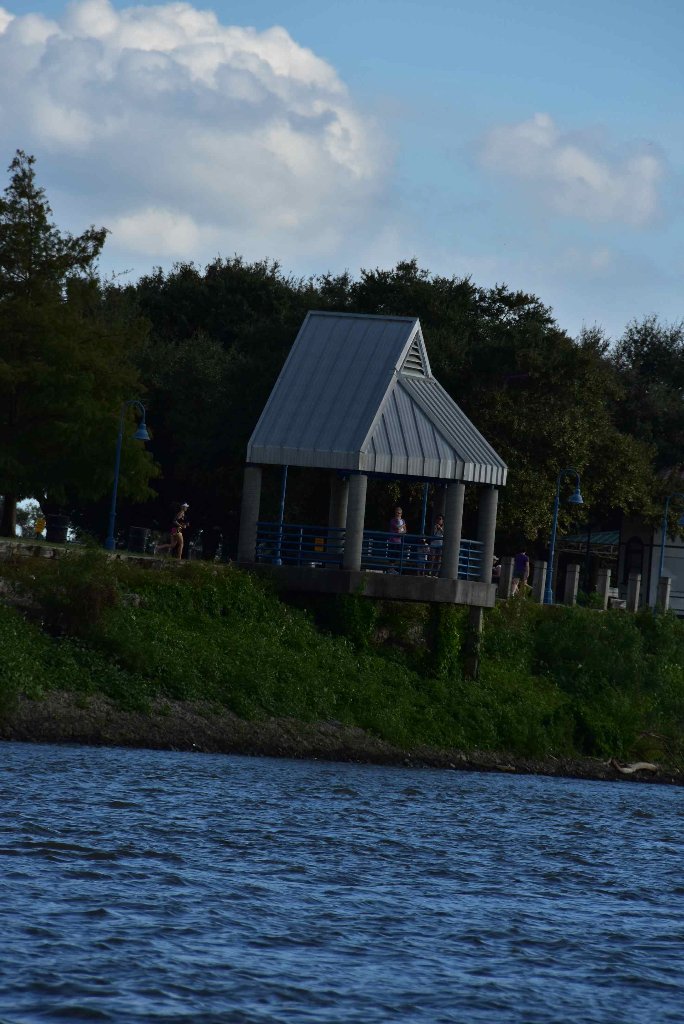 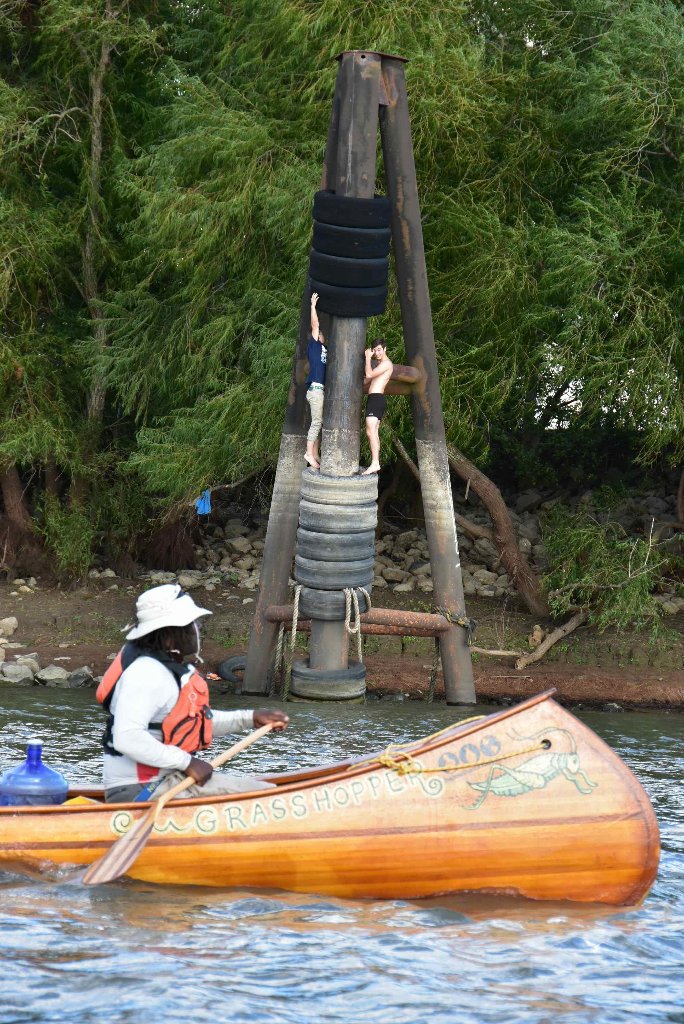 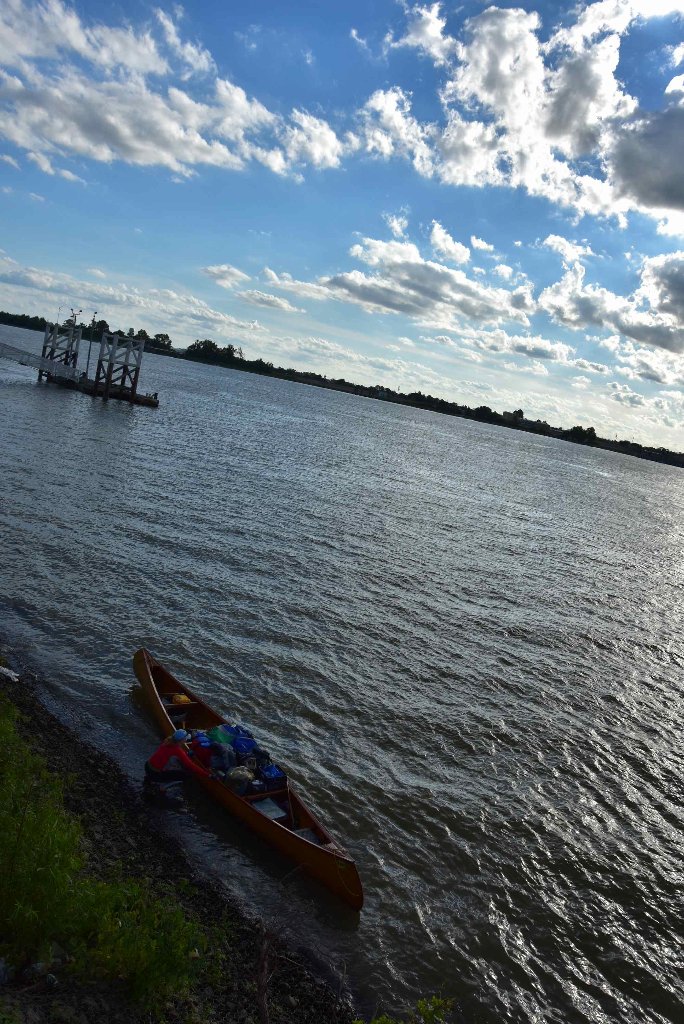 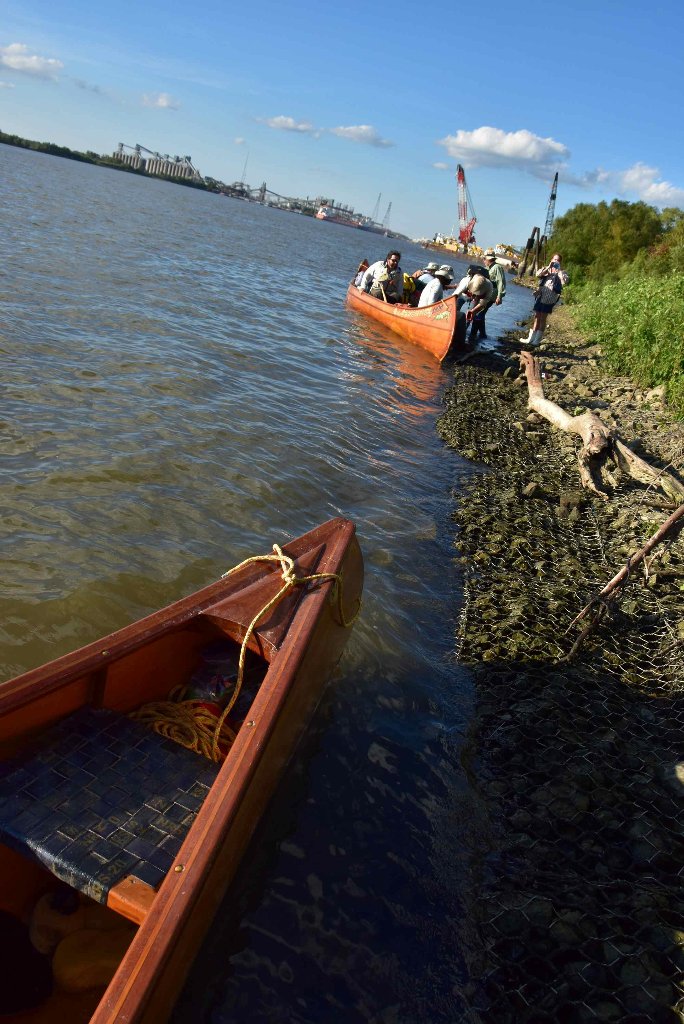 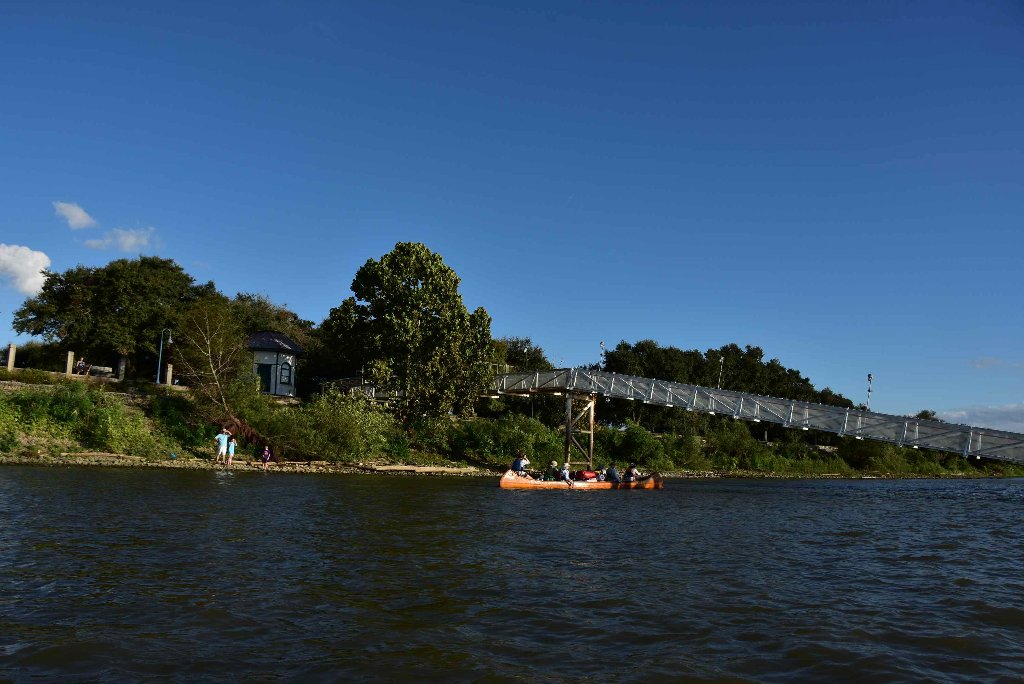 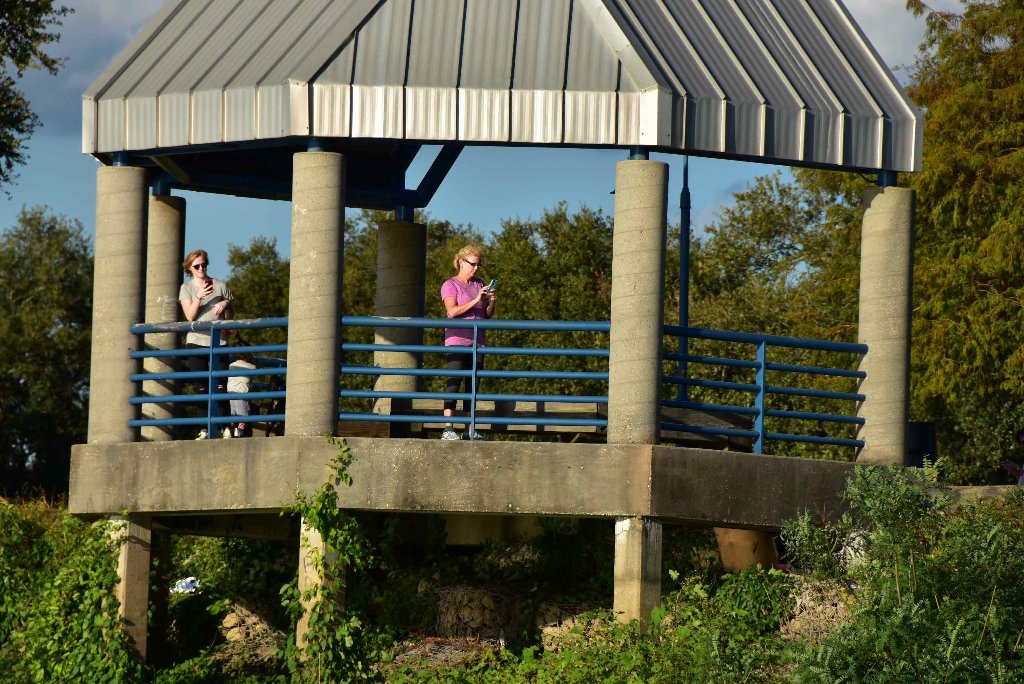