Paddlers can make shorter trips from Baton Rouge to any of the landings downstream, either as a daytrip, or as an overnight with a spectacular camp on Manchac or Plaquemine Island. The first would be a take-out at 210.4 RBD Morrisonville Landing which is a primitive gravel and rip-rap landing found off La Hwy 988 where it cuts north around Dow Chemical. Not far downstream is 208.7 RBD Plaquemine Beach, a perennial beach (that is only present in low or med water conditions) can be found along the riverbank directly below the old Plaquemine Lock & Dam facility.

Directly below the Glass Beach boat ramp sits an abandoned monument of crumbling concrete and graffiti. The old Baton Rouge Municipal Dock was completed in 1926 and once handled ocean-going cargo with a 12-ton locomotive crane. However, by 1968 the dock was outdated and its function replaced by the docks on the west bank. Just recently, the old Municipal Dock has been included in development plans for the Baton Rouge Water Campus. The campus is a project designed to be a world-class facility for research, design and engineering of river systems and flood control, desperately needed in south Louisiana. As part of the new campus, the Old Municipal Dock has been planned as the new office building of the Coastal Restoration and Protection Authority. Be on the look out for construction and big changes in the coming years.

Freighters sometimes drop anchors and remain stationary here awaiting their turn to approach docks and load or unload their cargoes. When you see these designated areas on the USACE 2007 Maps you will know for certain that they are anchored and safe to paddle around. Look for two anchor chains on the prow of the ship. If the anchors are dropped you will see their chains. On the other hand if there are no chains the ship might be getting ready to move. This will be further confirmed by the presence of tugboats (not towboats!) working in the area. If you see tugboats with their big bulbous black rubber noses pressed against the freighter hull, something is getting ready to move! Watch carefully for possible action, and give the anchorage wide berth.

If the wind is blowing directly across the river when you are loading in or taking out at Glass Beach you might detect the distinct aroma of roasting coffee beans. This is not a delusion. Amidst all of the other caustic smells swarming the general atmosphere the famous Community Coffee Company is adding the reassuring pleasures of fresh roasted beans to the mix. It is America’s largest family-owned coffee business, and is definitely a SoLa standard. To be sure, you’ll find Community Coffee through the Deep South, and the closer to SoLa you get, the stronger it gets. The Chicory “New Orleans” Blend is my favorite, but the Breakfast Blend, Cafe Especial, and Dark Roast are all good also. Started in Baton Rouge in 1919, Community touts itself as the oldest family owned and operated retail coffee brand in America. Be sure to grab a cup if you get a chance and make sure it’s got chicory. Or give the smaller Baton Rouge coffee brand, River Road Coffees, a try. River Road offers an organic blend that has become my personal favorite. Both make great beans! Coffee has been one of the major imports entering the country through the Mississippi River for centuries.

From the Community Coffee website: “Community Coffee grew out of a small country store started in 1919 on the north edge of Baton Rouge by Norman ‘Cap’ Saurage and his family to serve their neighbors. Because Cap was working alongside his family, and because he was serving his neighbors, he knew his coffee had to be the best-tasting, highest quality coffee possible. By 1919, Cap had discovered a secret blend that was richer, bolder and smoother than any coffee around. He named his popular coffee ‘Community Coffee’ to honor his friends and neighbors. It was a coffee for his community. Four generations later, the Saurage Family is still selecting, roasting and perfecting great-tasting blends for coffee lovers everywhere.”

Coffee, and the serving and sharing of it, is a fine tradition honed to perfection in Southern Louisiana. Ce Bon! In Cajun country you will be considered unfriendly if you don’t offer you guests or visitors a cup of fresh brew. We identified Community Coffee above because it is housed right on the banks of the river in Baton Rouge, and commands such a strong presence. But there are many, many other great SoLa choices to sample including French Market, River Road, Luzianne, Cafe Du Monde (CDM), Union Coffee, and Mello Joy. Paddler Robert Landreneau who grew up in a multi-generational Lafayette family swears by Mello Joy. I prefer River Road Organic. Baby’s Coffee in Breaux Bridge should be added if possible. Try them all. Be sure to sample at least one chicory blend. Chicory is as SoLa as it gets! Chicory is roasted sassafras, derived from native traditions, and commonly used in SoLa during the depression and the World Wars as a coffee substitute or extender. Not everyone enjoys chicory, but you can cut the bitterness with some sugar and milk like they do at Cafe du Monde. You’ll soon find out which most titillates your personal coffee senses! They’re all good if they’re from SoLa, and will be fresher roasted than most other store-bought coffees you’ll find anywhere else in America. And there is a reason for this: bulk coffee beans arrive here at these same ports quicker from coffee-growing nations in Latin and South America than they do anywhere else in the US! You’re in SoLa now, dear paddler, and you might as well taste it all, the freshest beans in America. Enjoy the sensation!

How to Brew a Great-Tasting Pot of River-Rat Coffee:

Regardless of kind or blend, here’s how to brew the thickest, tastiest and strongest river-rat coffee possible. First of all you will need a driftwood fire, preferably including willow wood. Gather some filtered Mississippi River water (or other). Pour grounds into an enamel coffeepot (or other) so that you have 2 to 3 inches of grounds sitting on the bottom of the pot. Boil water separately over willow fire. Pour boiling water over grounds. With a large spoon stir 3 times counter-clockwise, and then 3 times clockwise. Let sit 5 minutes. Stir again, first 3 times counter-clockwise, and then 3 times clockwise. Let sit 1 minute. (Note: chicory blends might need a little longer to settle out. Repeat above if necessary.) It is now ready to pour! Fill your cups, and re-top the coffee pot with fresh boiling water. We call this “the never-ending-pot-of-coffee.” You can repeat the refill three times before the coffee grounds get too weak.

Cargill Greater Baton Rouge is the first giant grain transfer operation on the Lower Mississippi River, where the freighters meet the barges. Here grain barges meet grain freighters and the bounty of America’s bosom helps feed the world. This is the first, and you will have so many more to come! Dozens at least. If you’ve ever wondered where all of those tows are going with all of that grain, freighters are the other side of the story — they are carrying all of those goods out of the heart of America across the oceans to the rest of the world! Big grain transfer operations like Cargill shovel raw grains out of the barges and move them to the freighters via conveyor belts, humungous vacuum hoses, and enormous scooping devices. Following the directives of the market, the barge grains either go straight to the freighter, or are dumped in the mountainous elevators nearby. The grain chaff, dust, floating fungus, and pollens can cause sneezing, choking, or gagging depending on your health. Keep a distance, or wear a face mask if you are sensitive. Wind direction might be in your favor or not. 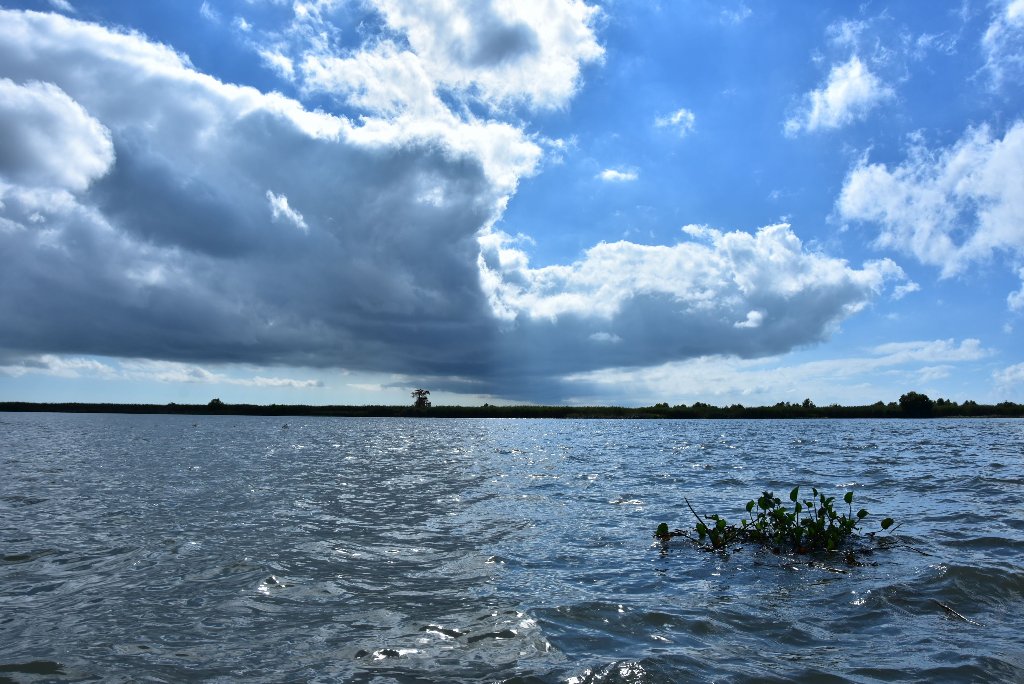 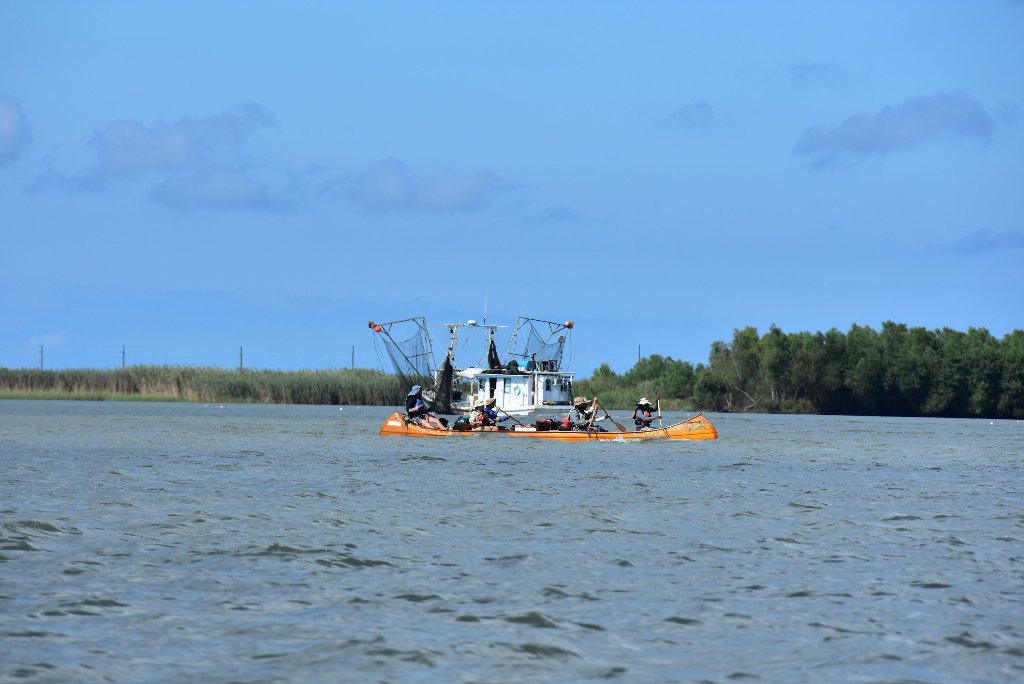 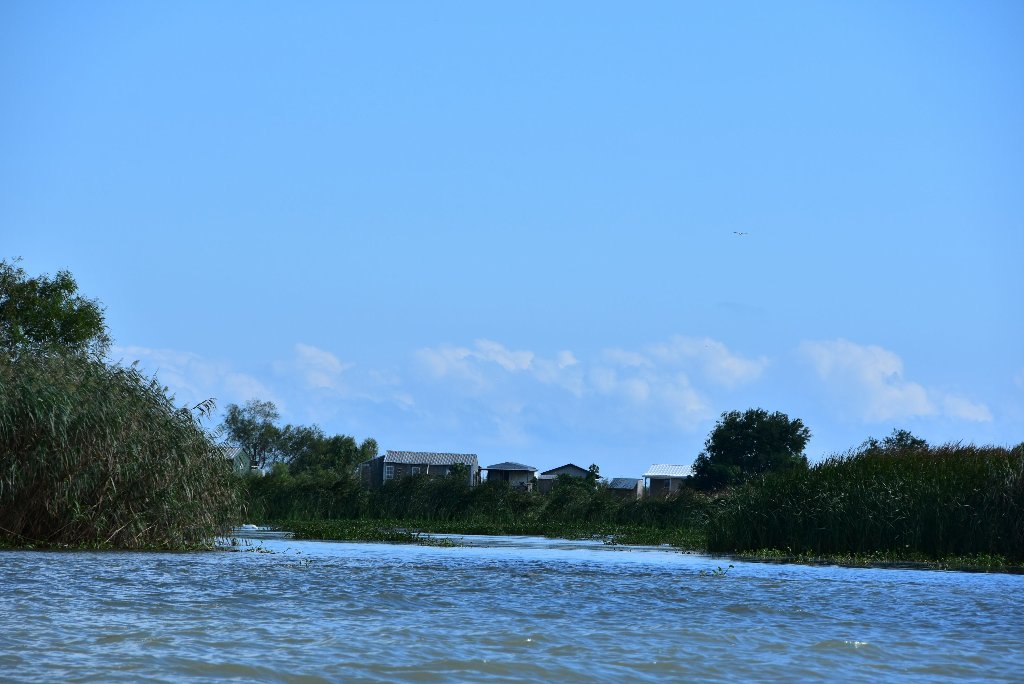 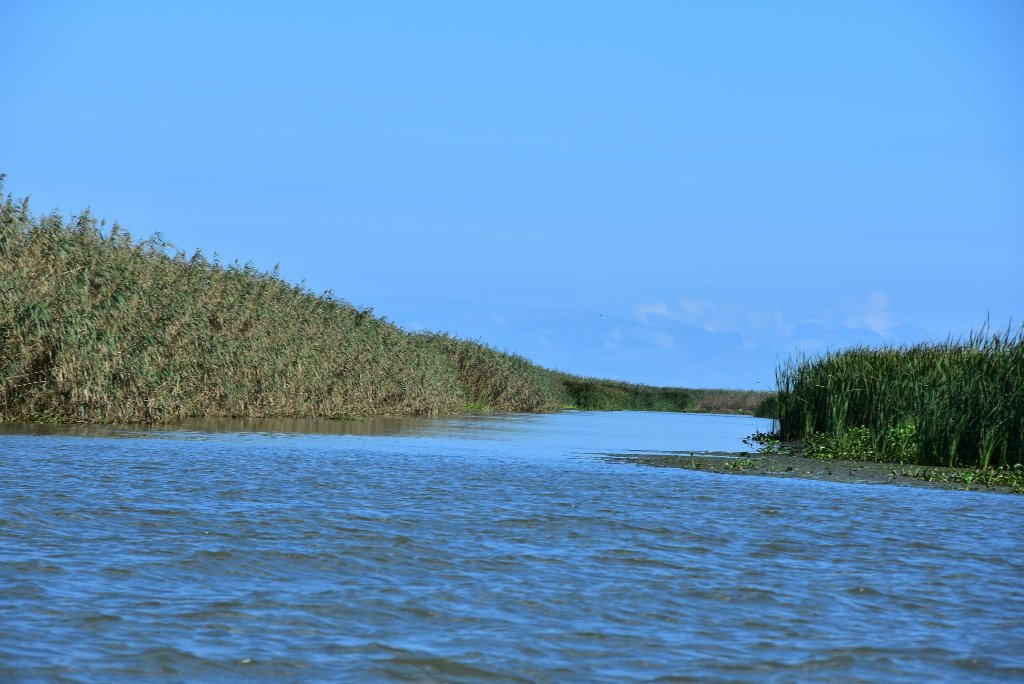 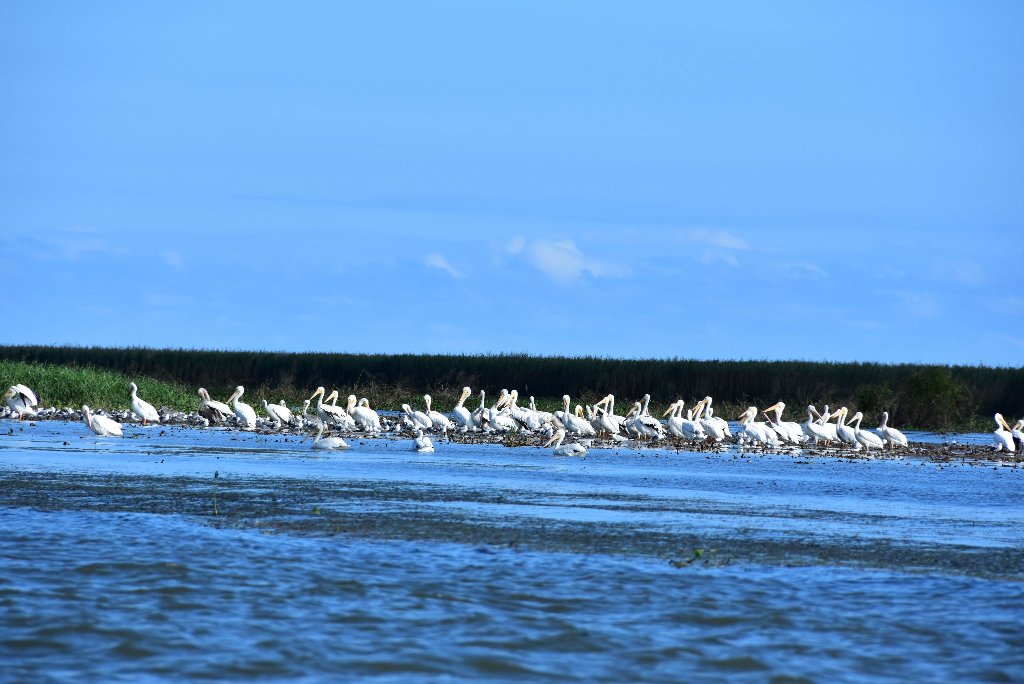 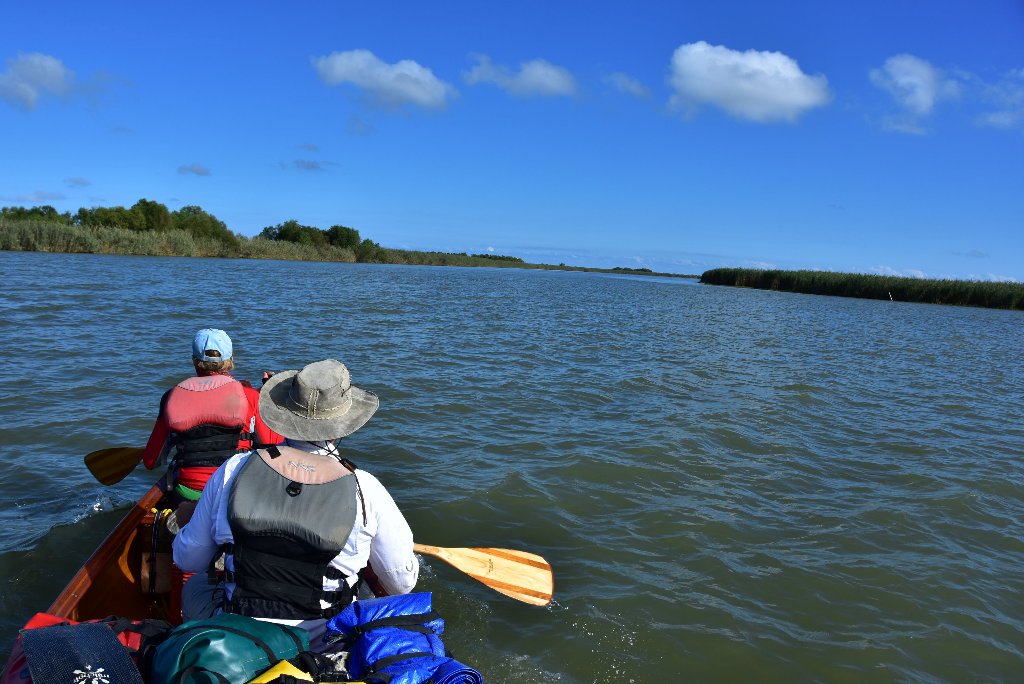 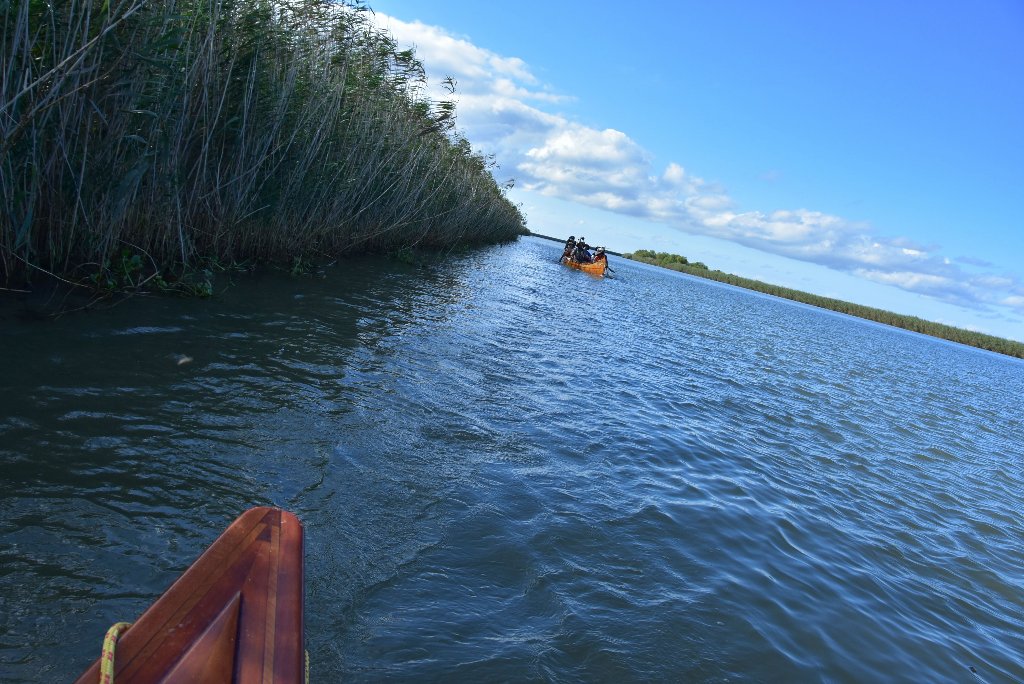 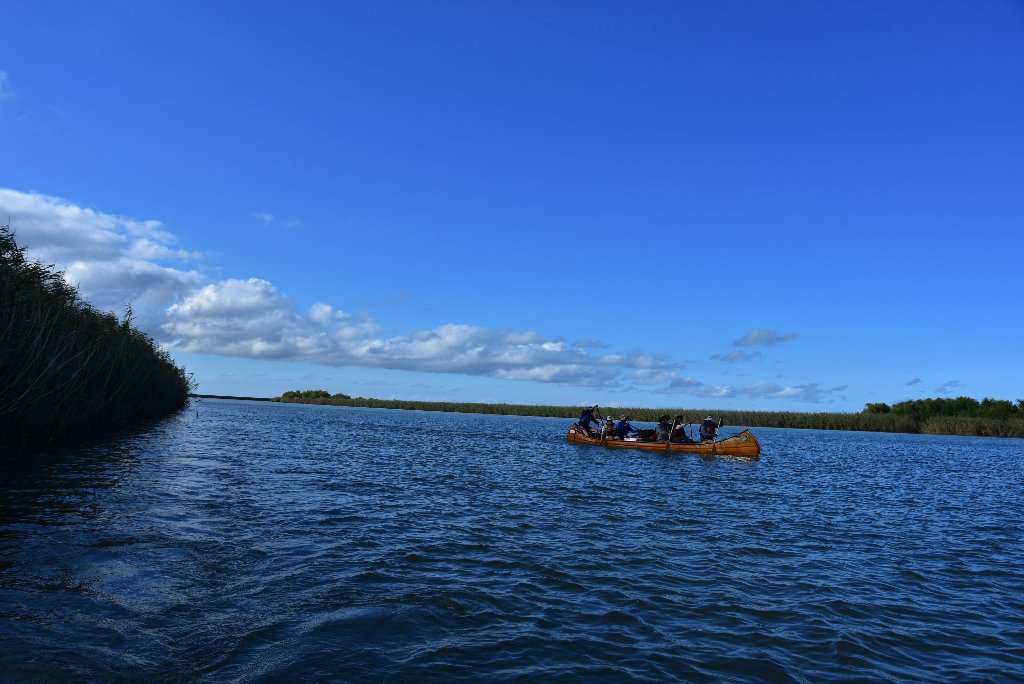 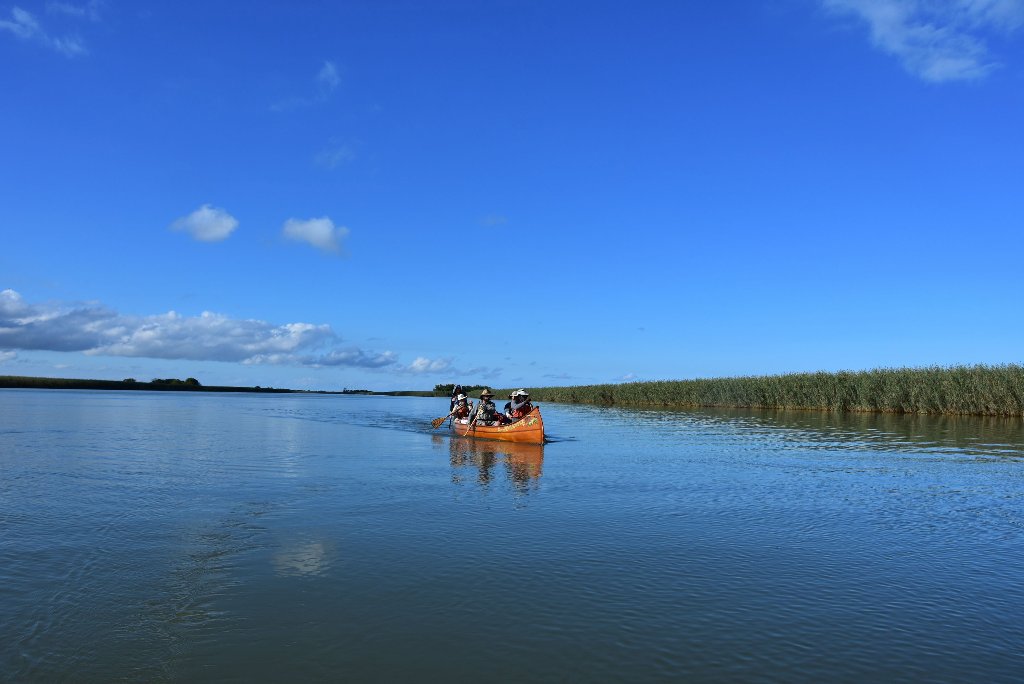 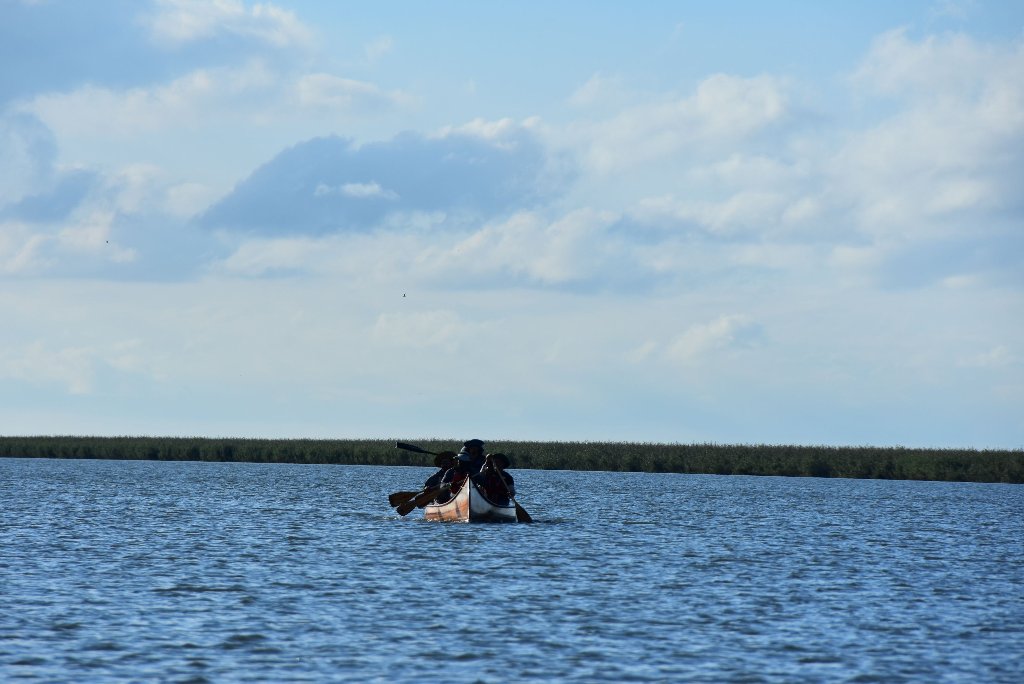 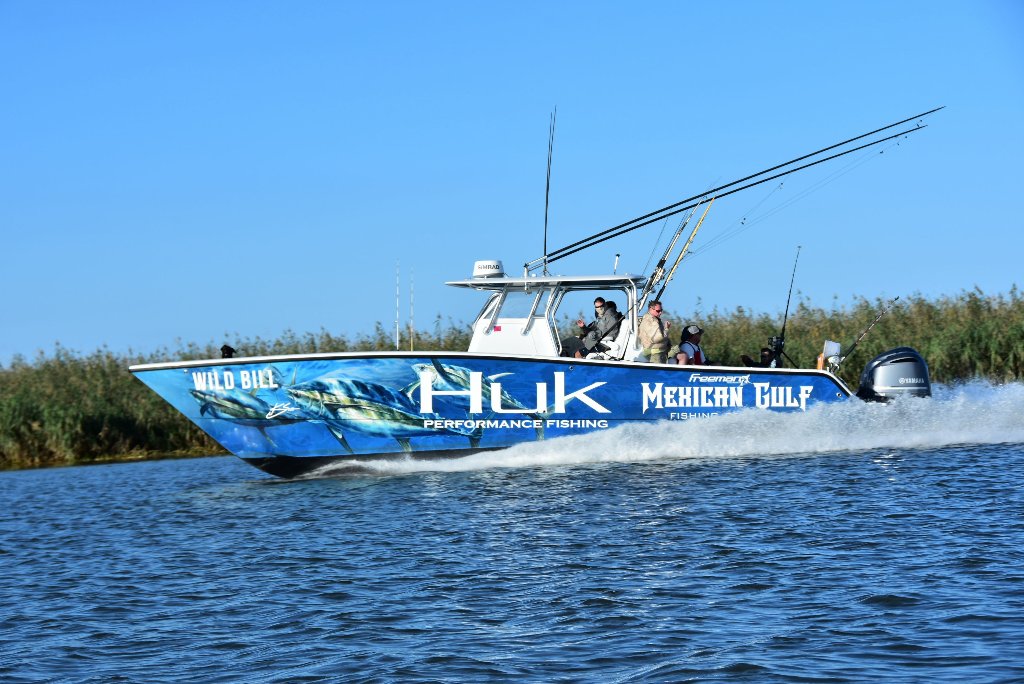 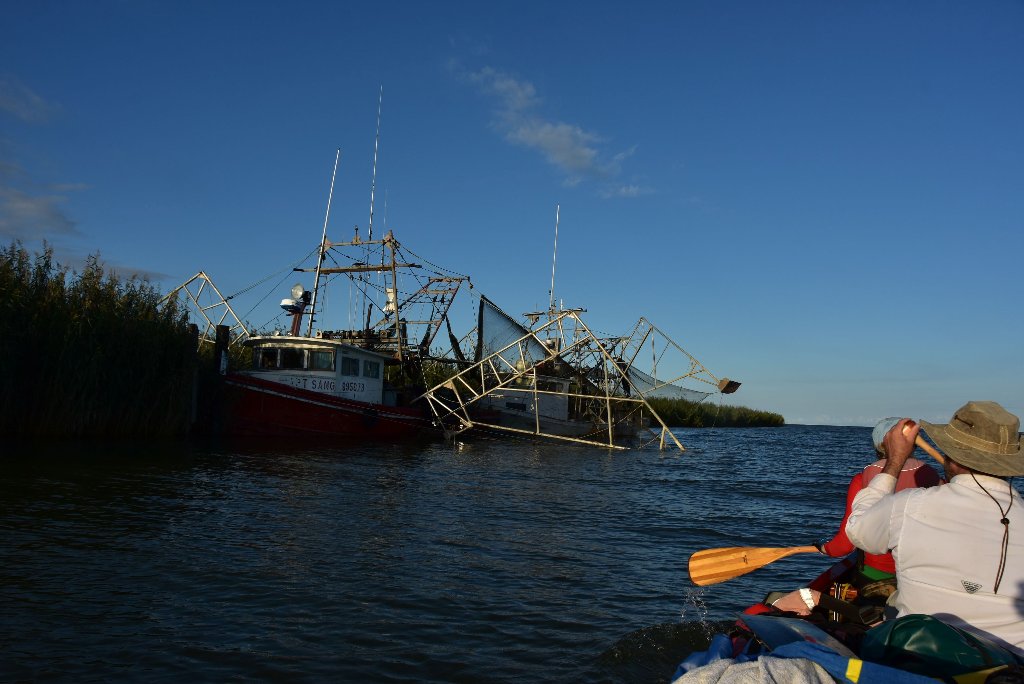 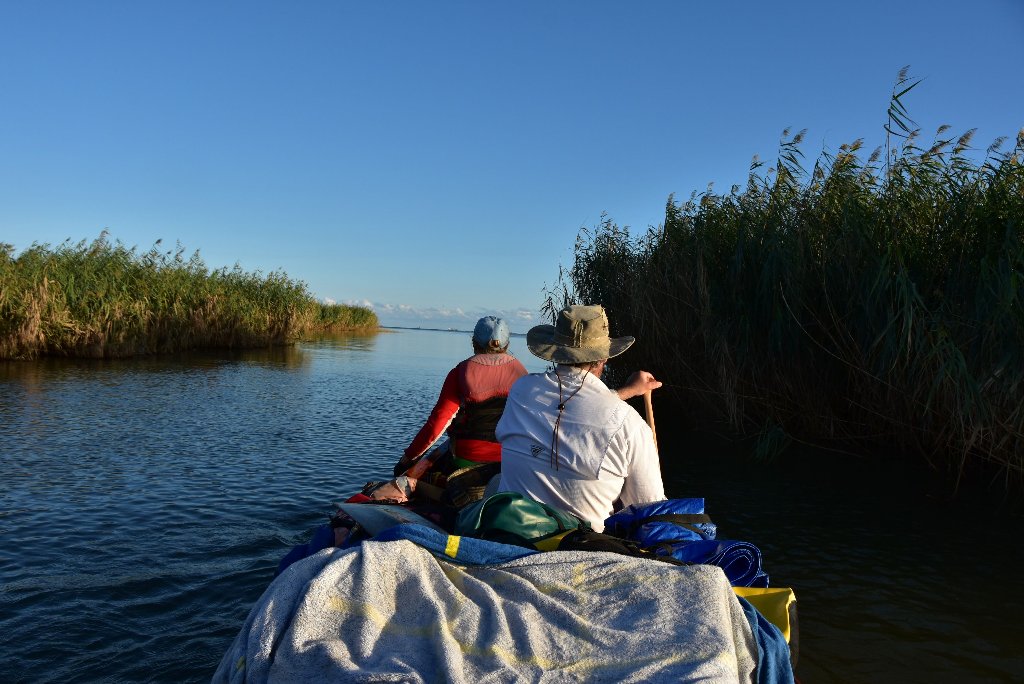 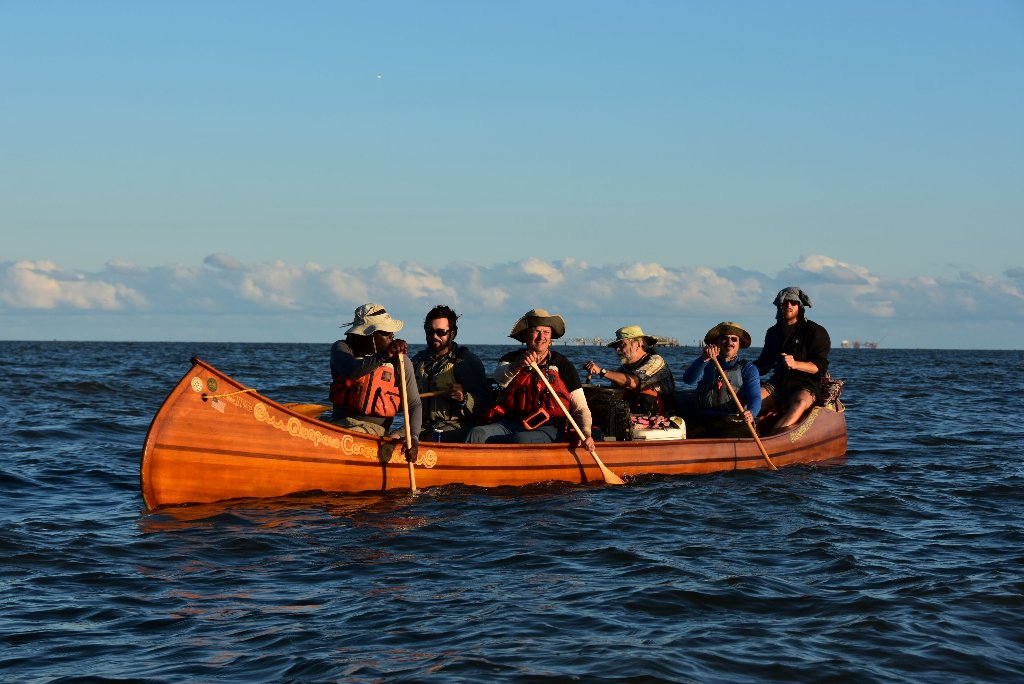 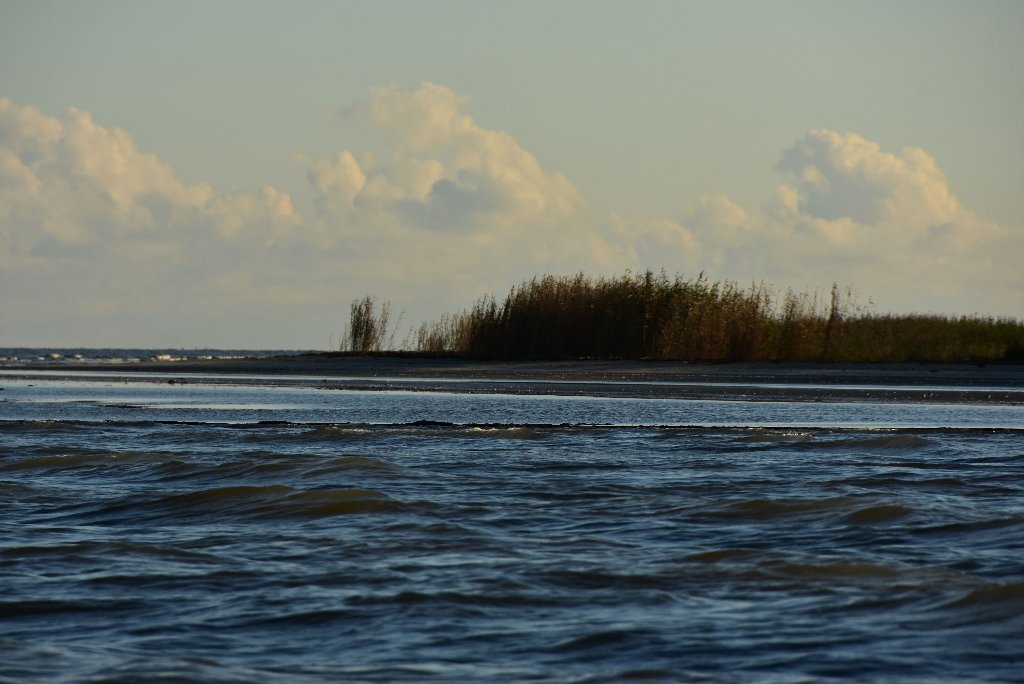 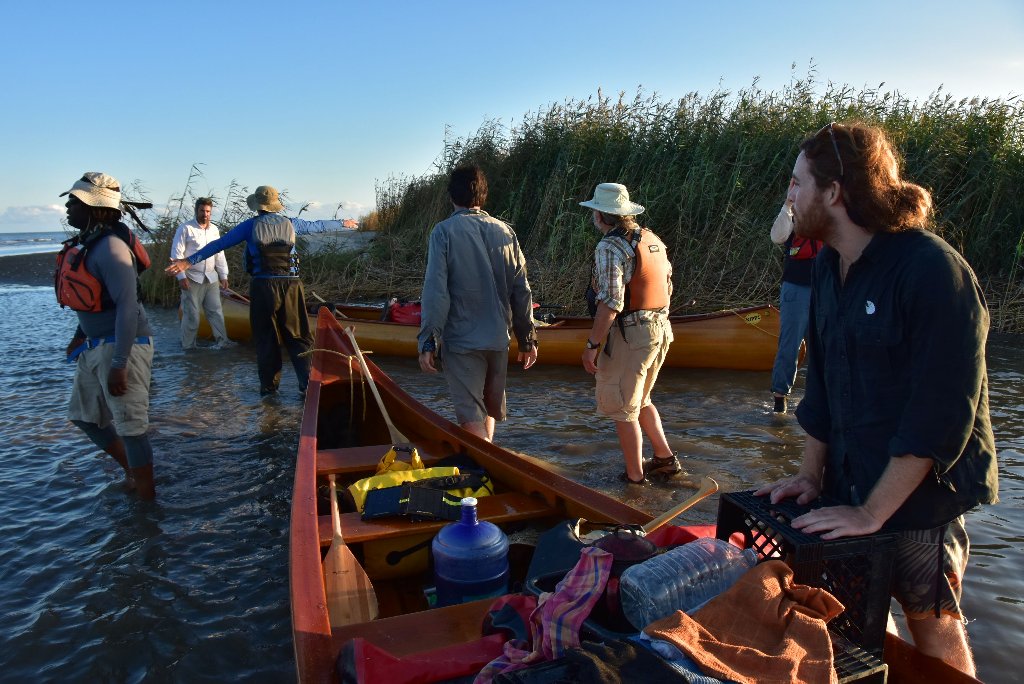 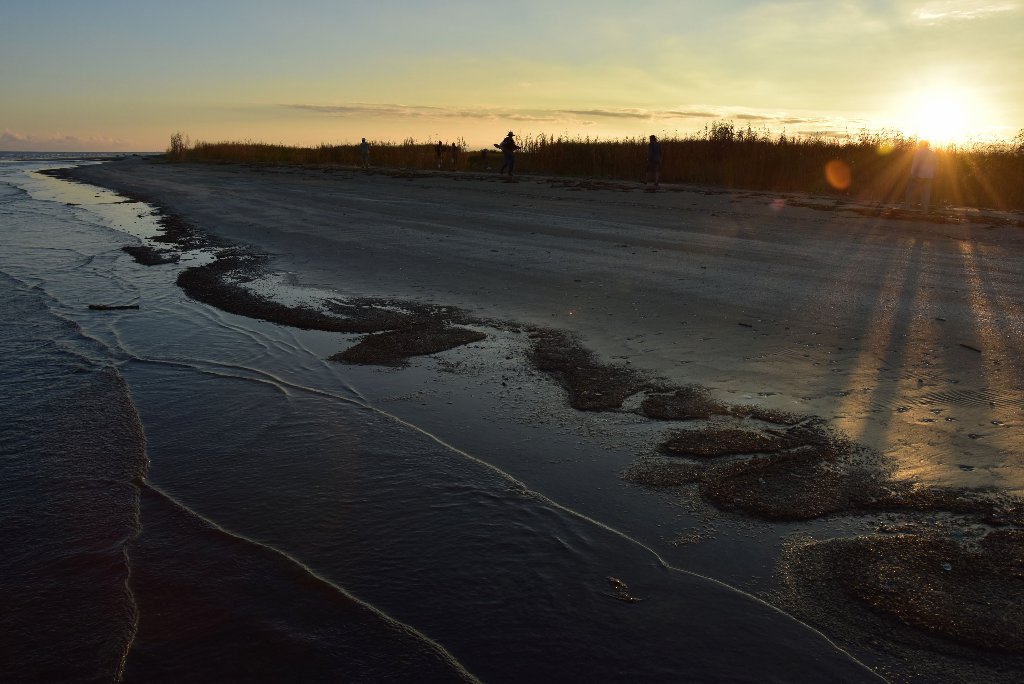 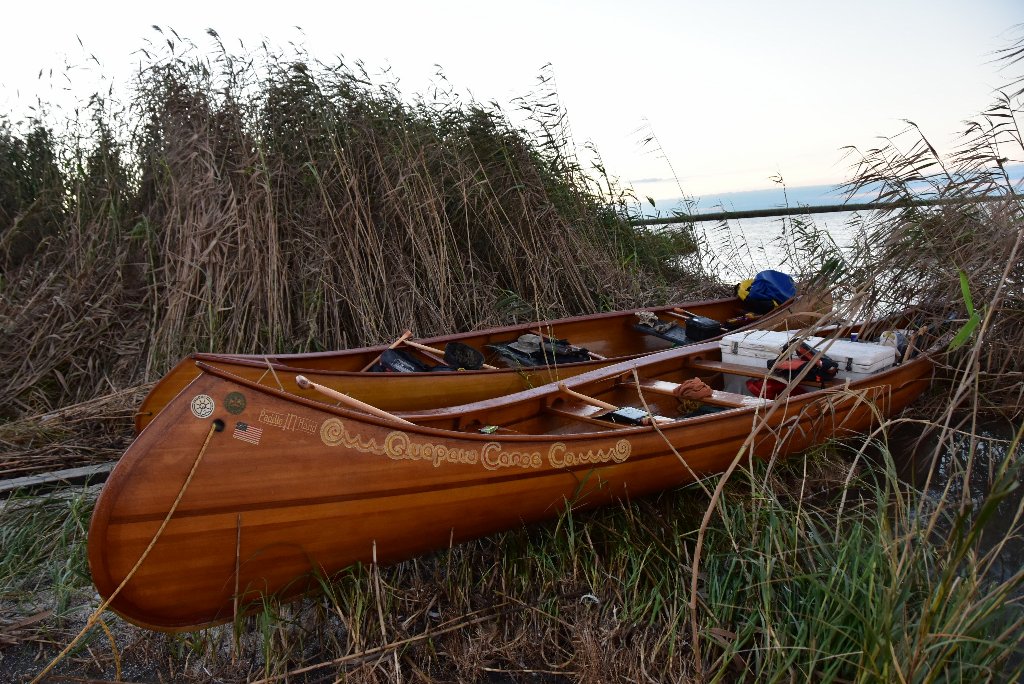 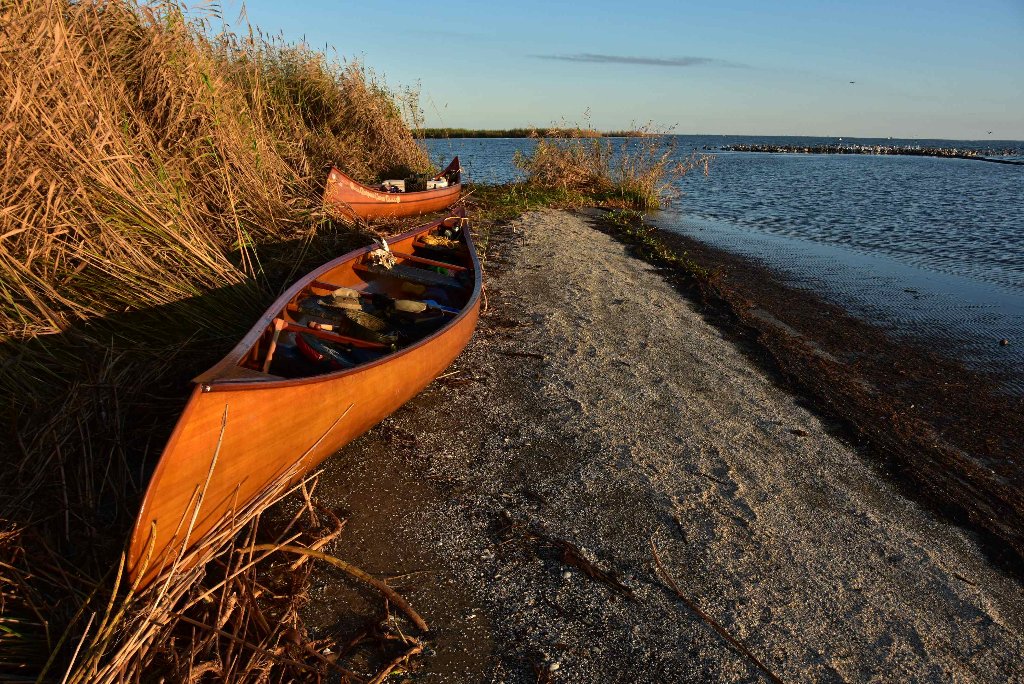 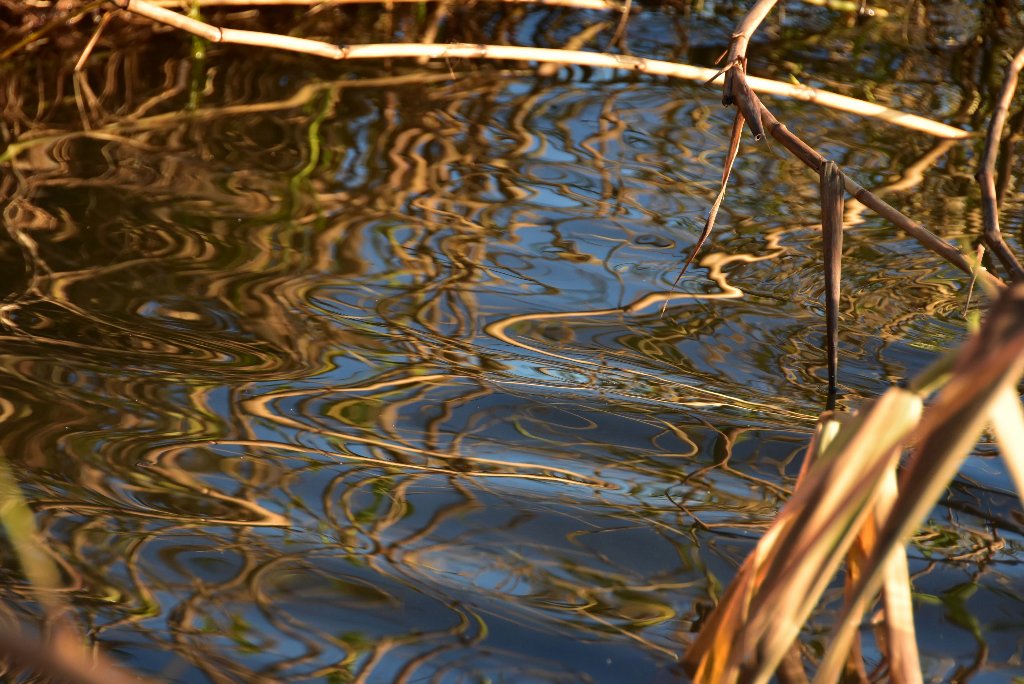 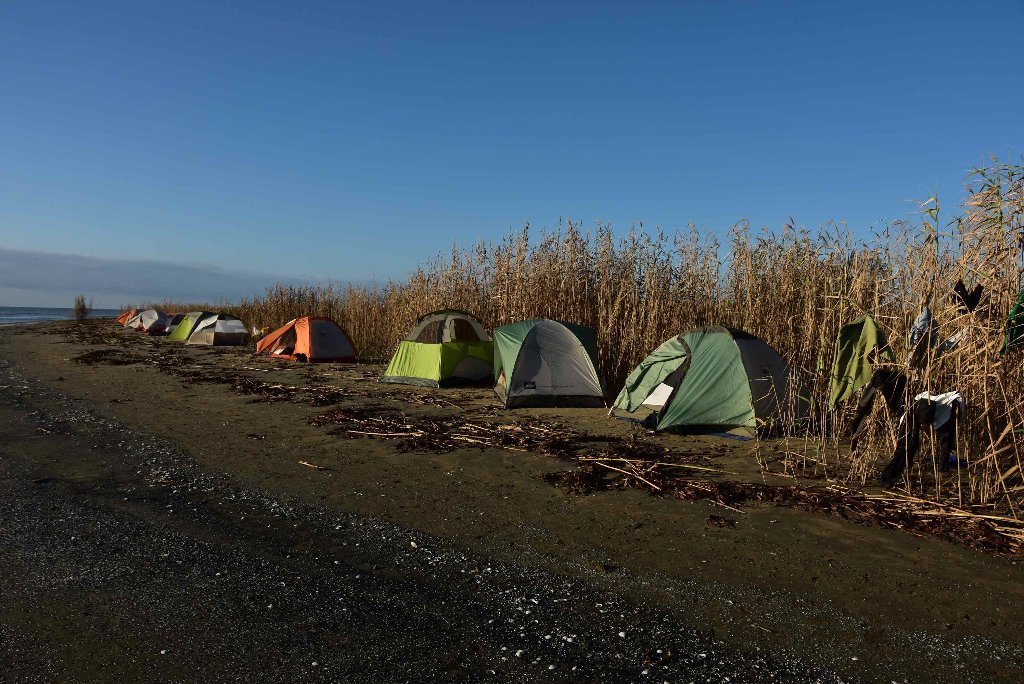 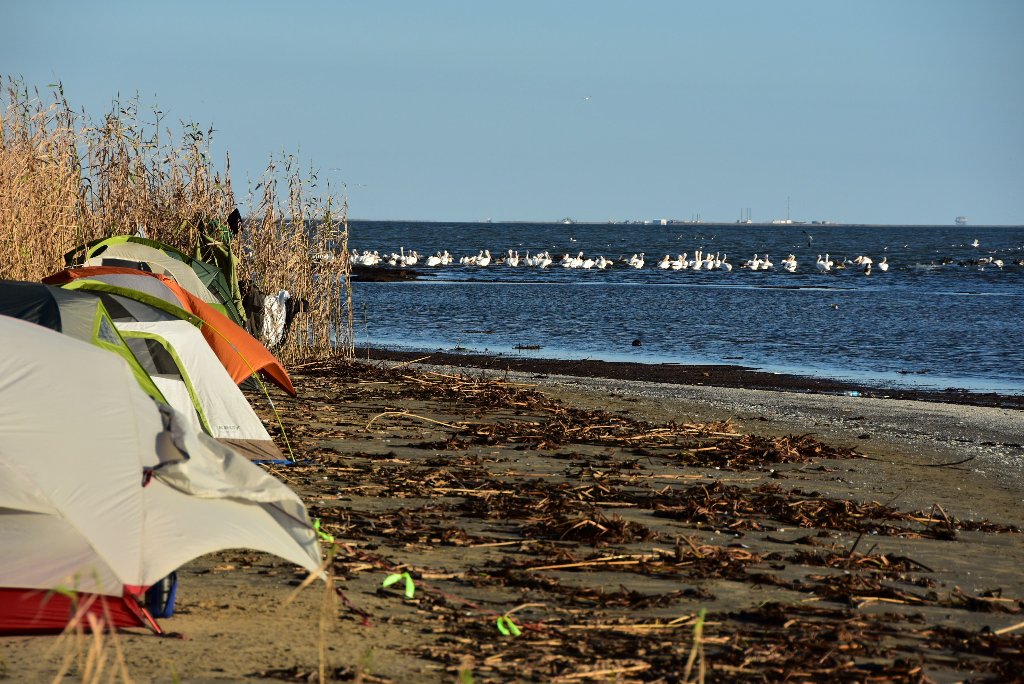 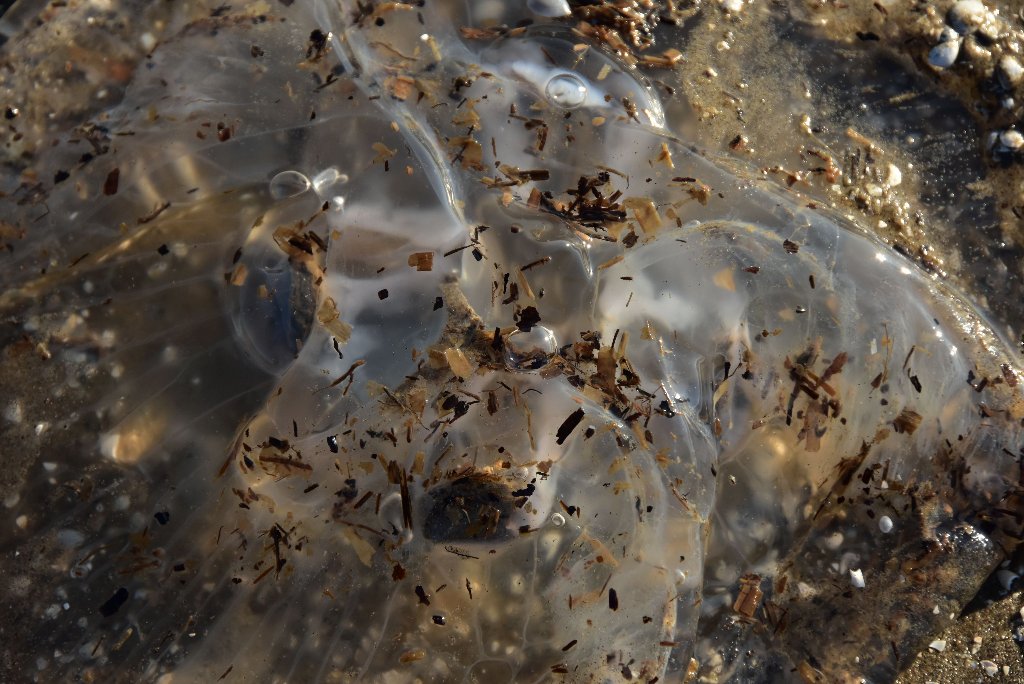 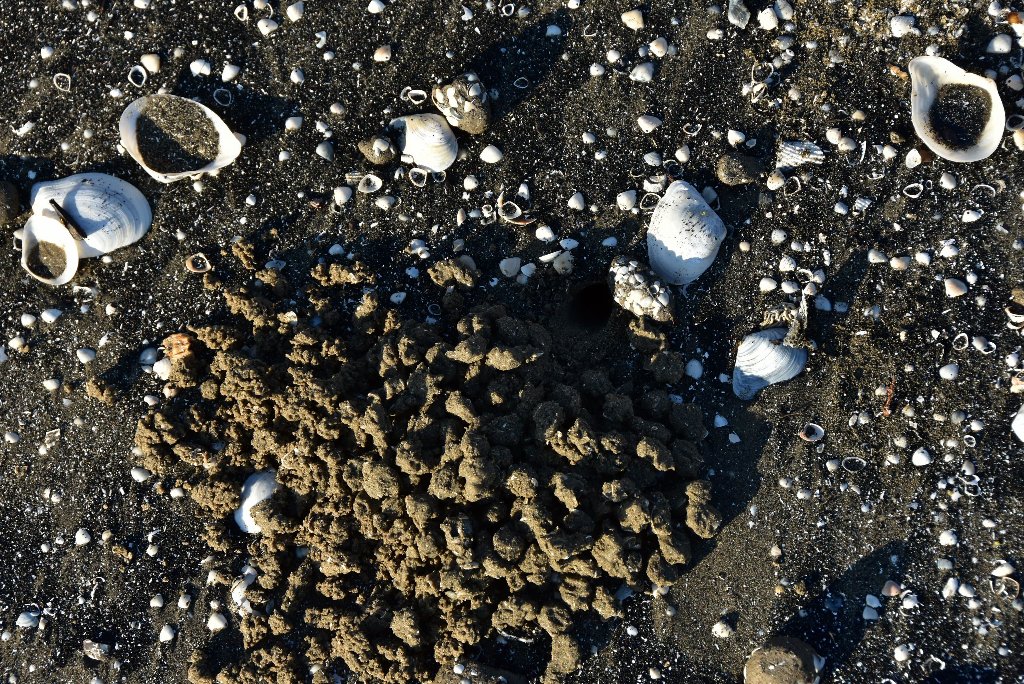 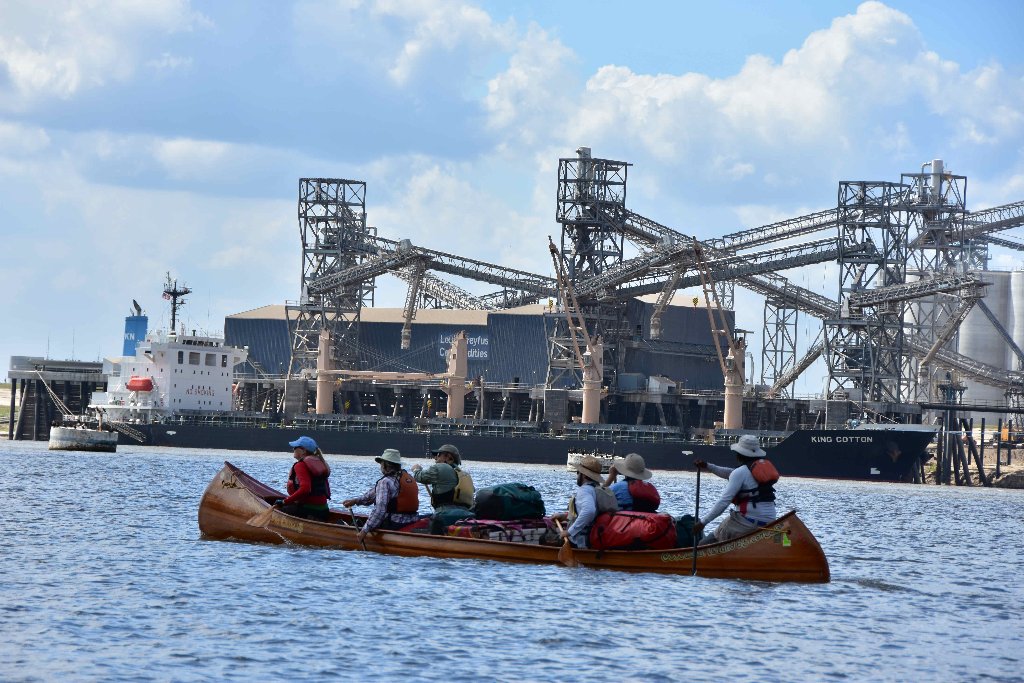 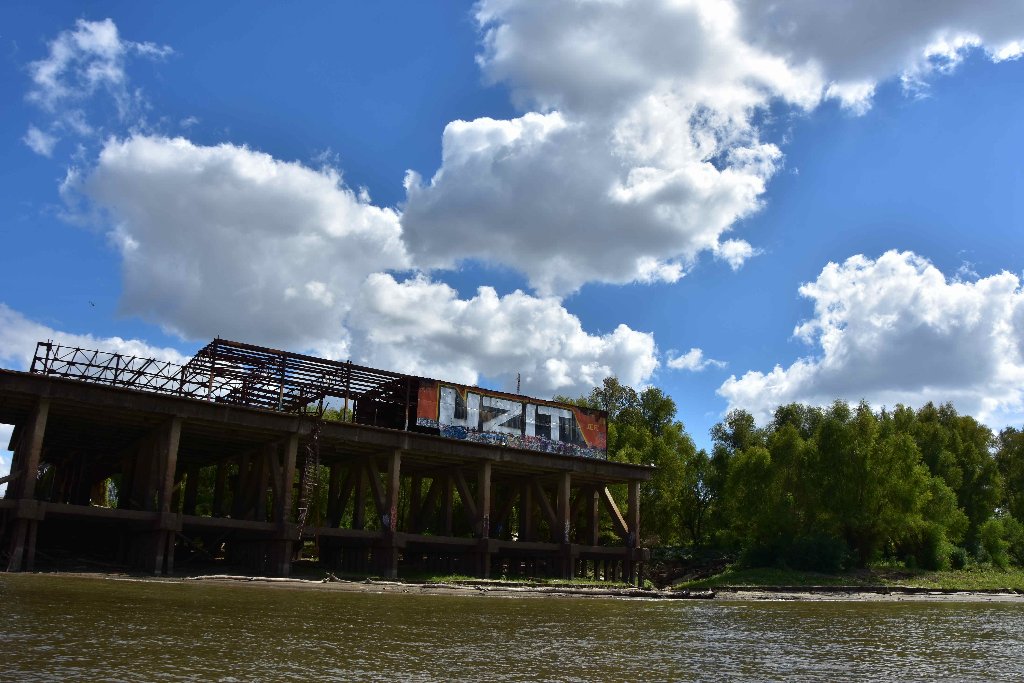 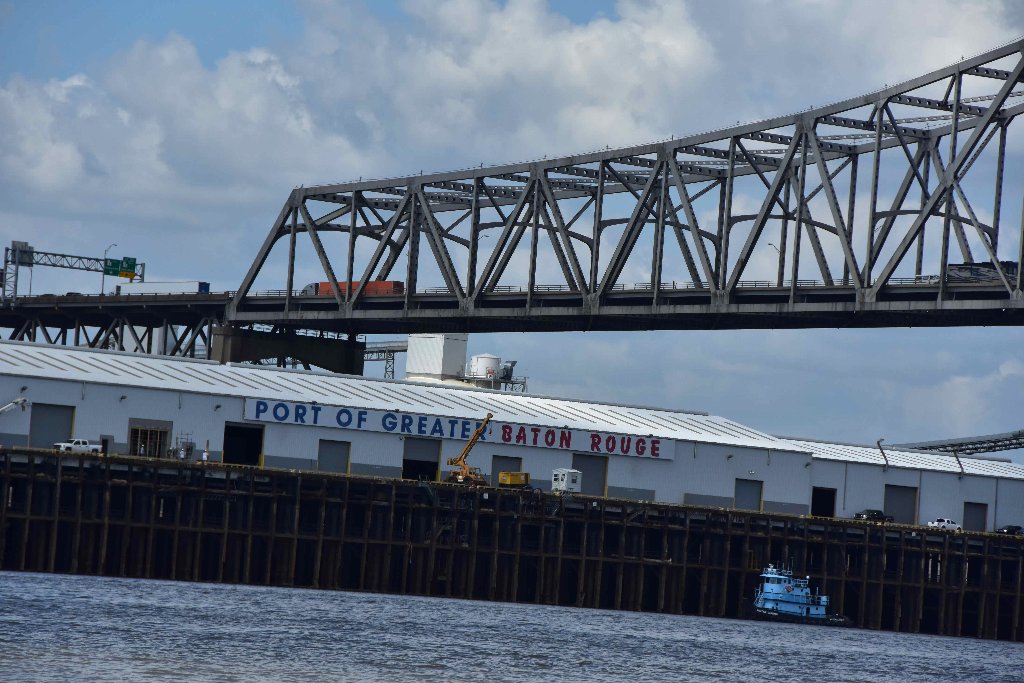 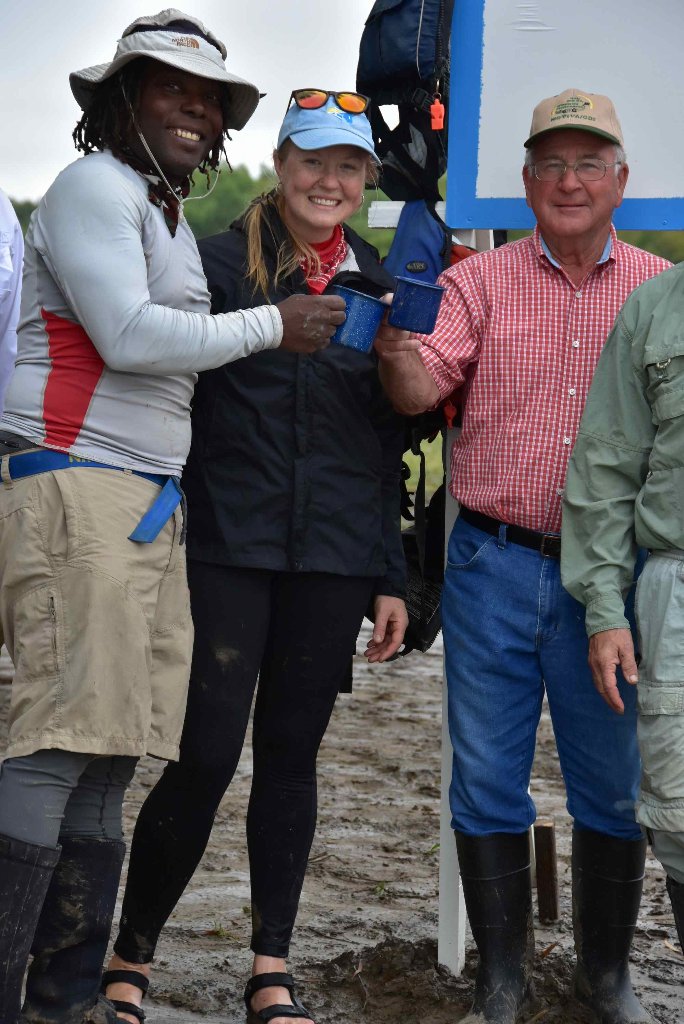 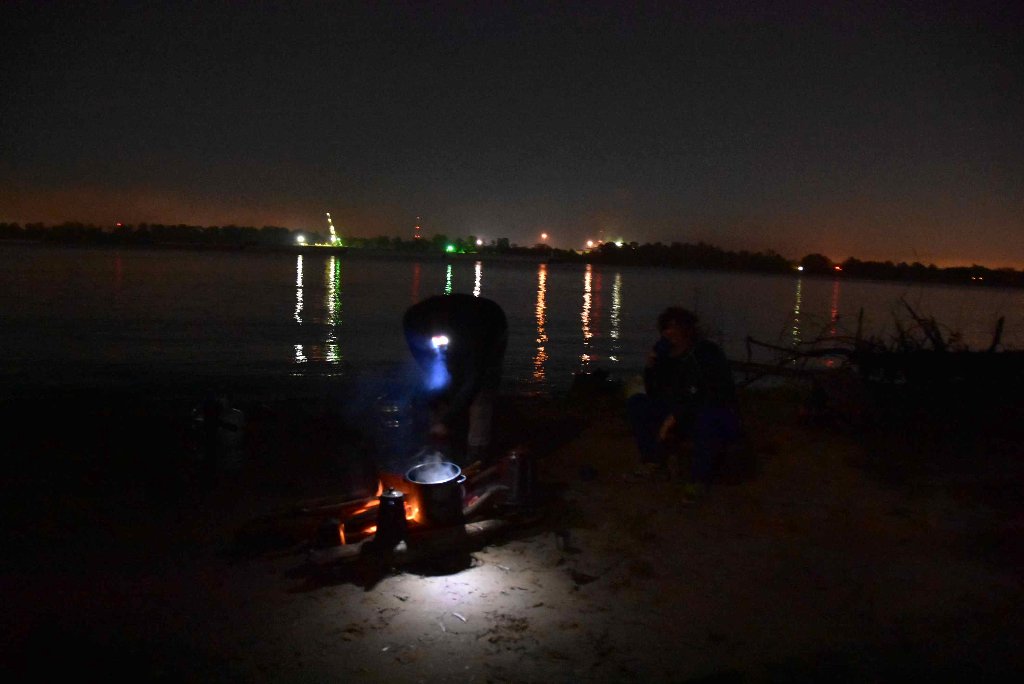