The Mississippi River makes a distinct 135-degree bend around College Point in Rich Bend in a typical blind corner. From space the shape seems to be a giant checkmark, maybe a metaphor for another checkmark in your epic adventure down the Mississippi! Monitor VHF 67 and be ready to jump quickly one way or the other in case of oncoming freighters or tugboats. Also, be aware: large south-bound tows typically flank College Point (instead of their usual wide crossing to the opposite shore).

You could make landing and tour Oak Alley, an atmospheric place highlighted with rows of giant overhanging live oak trees. Personally I’d stay outside and walk the yards for these incredible trees, and skip the house tour. River pilots who could see only the double row of trees from the river gave the house its name. The 28 trees today are each from 15 to 30 feet in circumference, and their branches meet overhead, interlacing to form a shaded avenue about 300 yards long. At the end of the row of trees is the old plantation house, made of brick, covered with a soft, pink plaster. (Braggs) Note: Oak Alley Plantation is incorrectly labelled on the 2007 USACE Maps to be East Bank, when it is actually located on the West Bank. Oak Alley Plantation, 3645 LA-18, Vacherie, LA.

This granary was crippled by the 2011 flood. No longer in operation.

Paddler’s Paradise: great all weather, all season, all water level picnicking or camping, but contact Poche Family first about camping.

Long distance paddlers have a big surprise waiting for them at Poche Park. Poche Park is an unusual sandbar piled high along the East Bank (left bank descending) just beyond Paulina Mile 149. Normally on the Mississippi (and most other river) the best sandbars are formed in the inside of big bends. But here they have formed in the most gentle and casual of curvature. The nearby Poche Family own a portion of this sprawling dynamic sandbar, which is bisected by parallel ridges of dunes, waterways, and willows, some muddy but most sandy, and seems to be thriving with a variety of critters including alligators, bald eagles and coyotes. Great all weather, all season, all water level camping and picnicking can be found here up to flood stage (35 BR or 17 NO). Poche Park is exposed to south or west winds, but there are lots of willows to take shelter in. 4WD accesible except when wet. The Poche family welcomes paddlers and has served as “river angels” for more than one long distance expedition, both as host, and in times of need. Poche Park is a paradise within the industry. Even though it can’t be more than 300 acres, it feels like a place removed, a piece of paradise protected by the Poche’s (and others) amongst the constant destruction found elsewhere along Chemical Corridor. Healthy mussels inhabit the wetlands (pink papershell mussel, one of the most common mussel species on the Lower Mississippi River, also known as the pink heelsplitter), and young willows crowd the tops of the dunes. Charlie Poche reports the sandbar to be growing year after year, which is a good sign in a state that is losing more land than it gains. The 2011 Flood added more ground to their paradise. After the 2011 Flood the Poche family added some lawn furniture, a flagpole with solar-powered lighting, and even a farm style hand pump, which extends 15 feet down into the rusty water table below, for dishes and handwashing (but not potable).

Poche Park features a number of great places to camp, in addition to the paddler’s park set up by the Poche’s under an open willow forest near the flagpole. Several hundred yards downstream, a tall sandy ridge forms above a back channel lake which offers the highest dry spot on the property. Beautiful camping amongst short willows can be found here all the way up to near flood stage 30 on the Baton Rouge Gage. The sandy ridge extends several hundred yards further on downstream, to the end of Poche Park where the industry resume at the Upper Grandview Anchorage. Be sure to pull your vessel well up from water’s edge. Tugboats charge back and forth close to shore by Poche Park, and can cause 2-3 foot tall crashing waves. 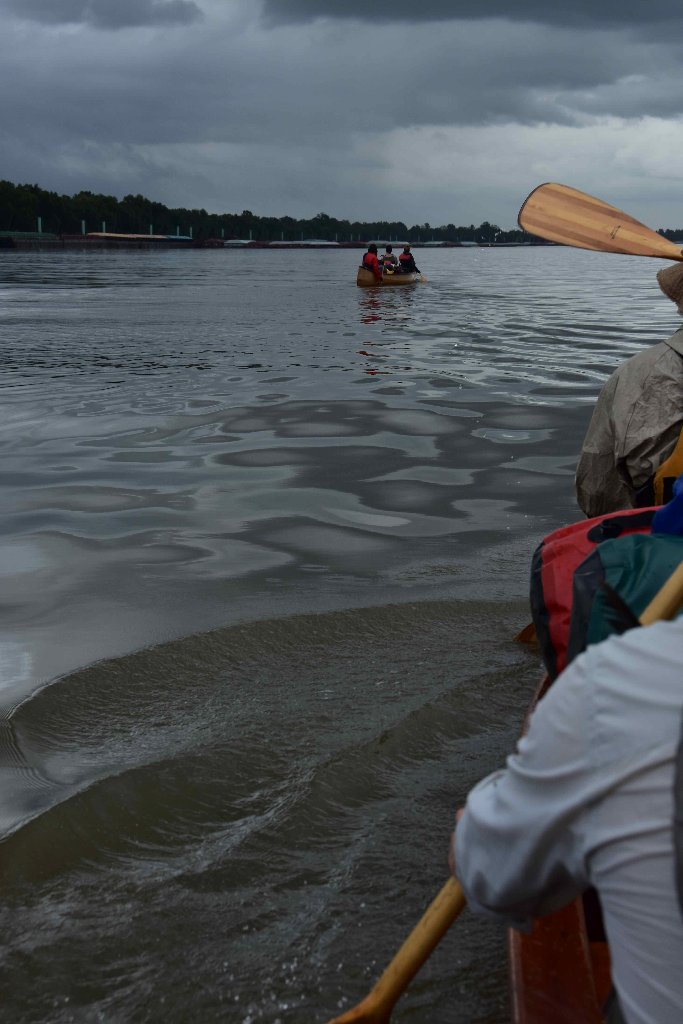 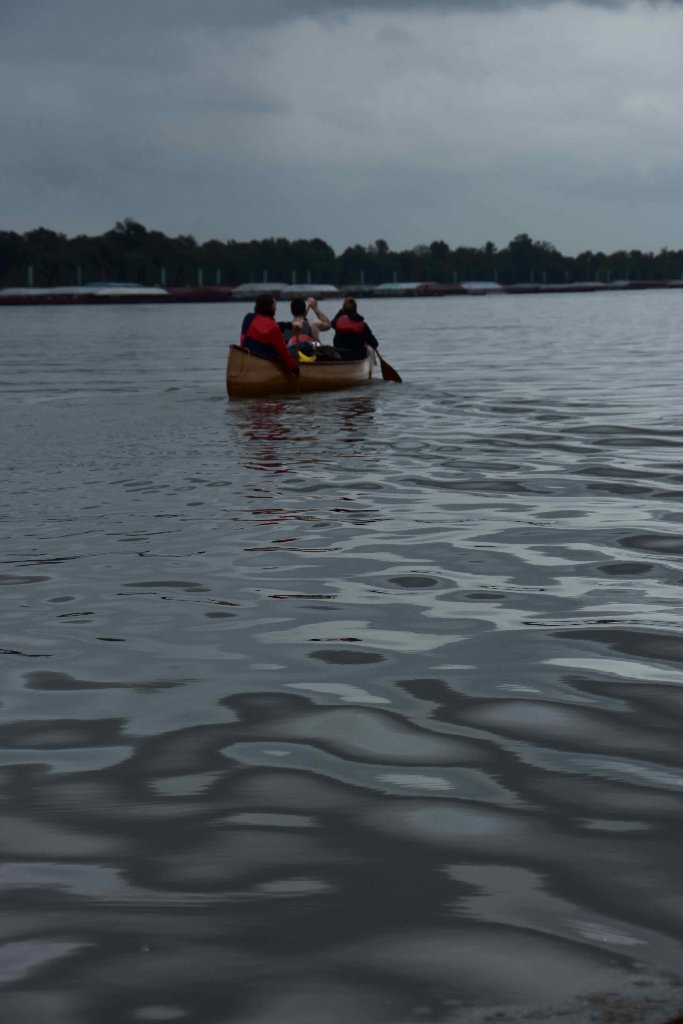 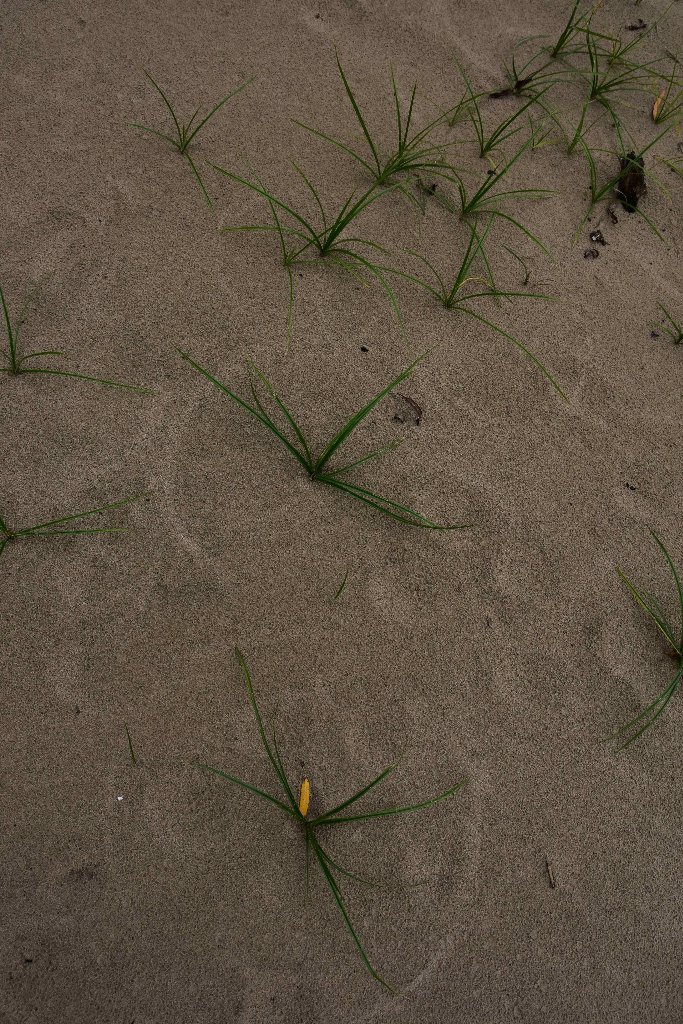 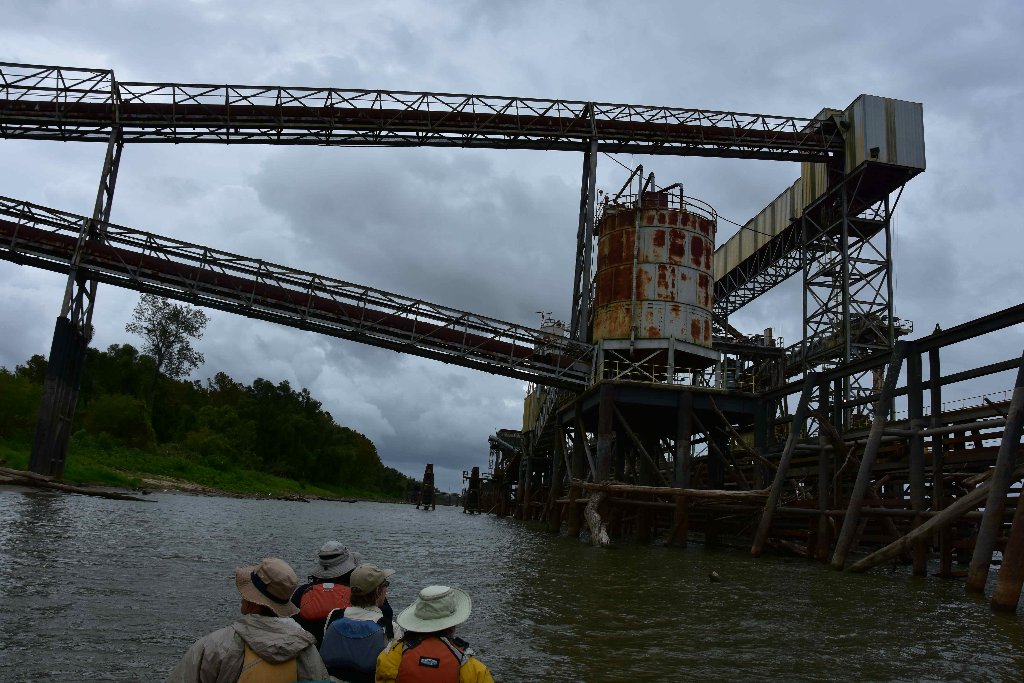 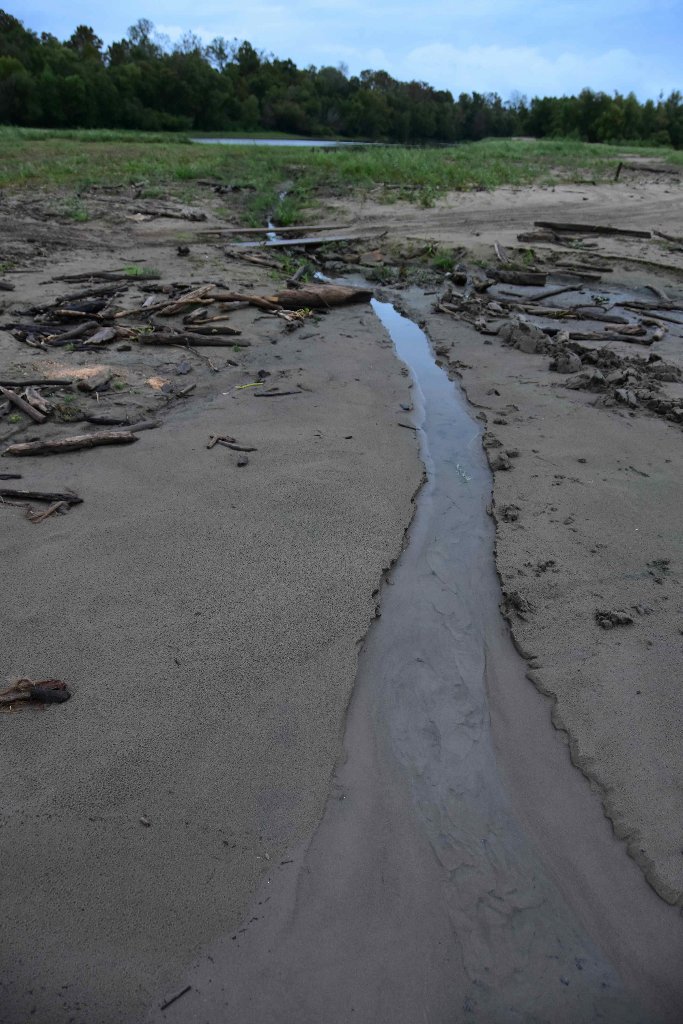 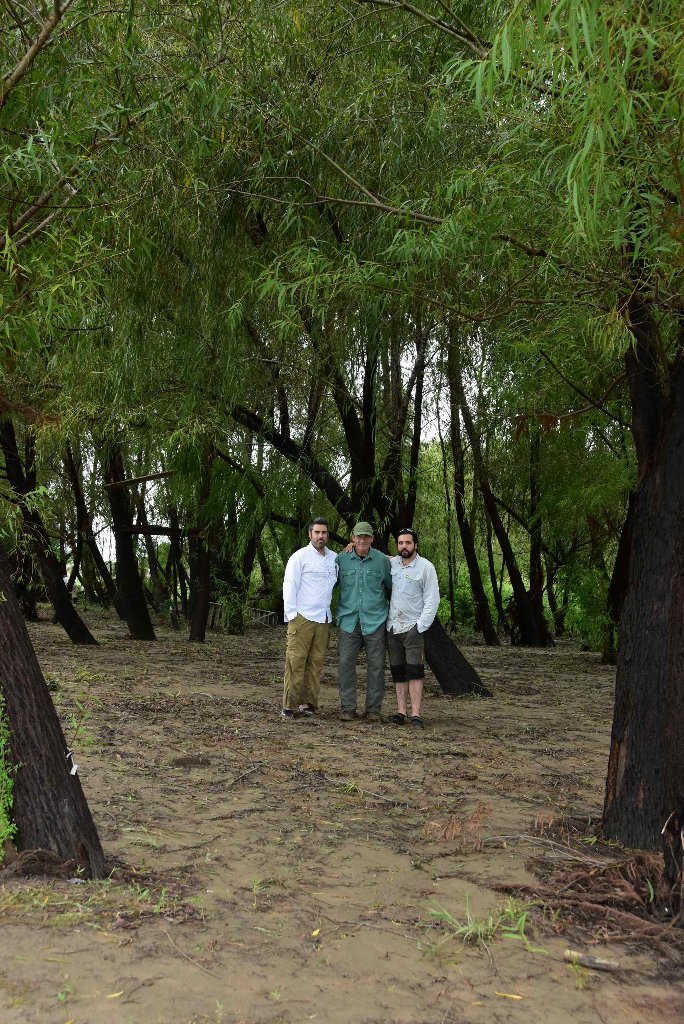 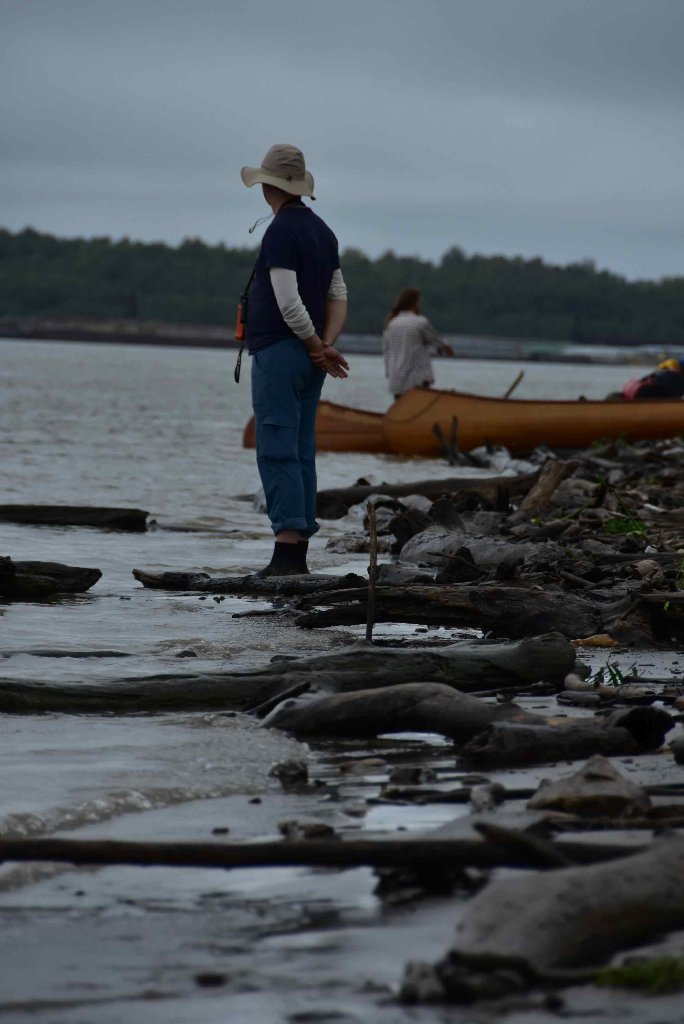 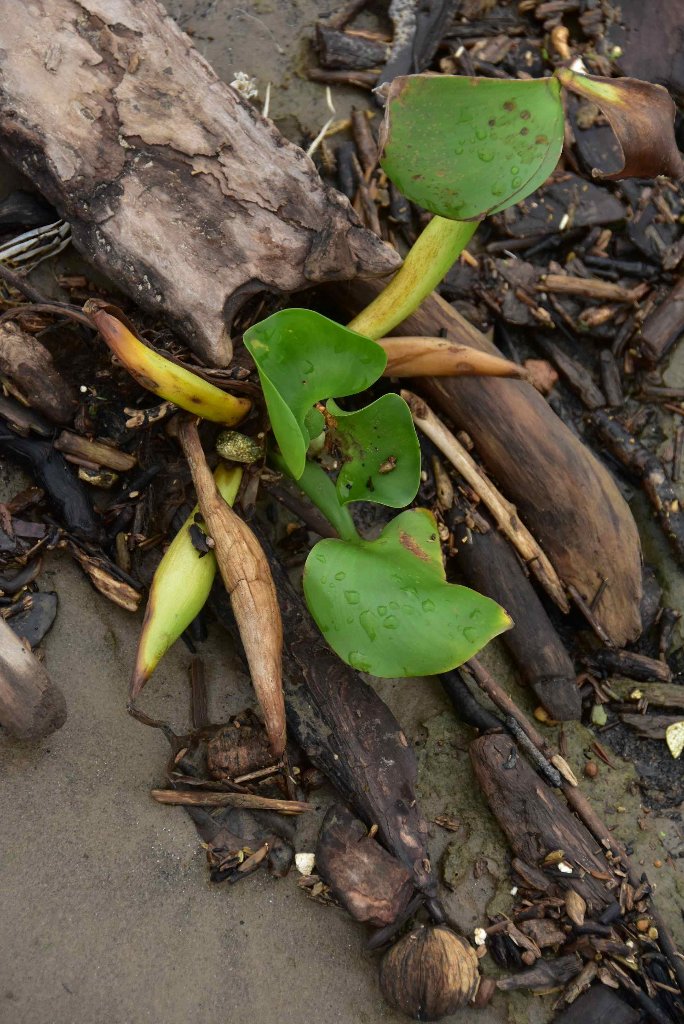 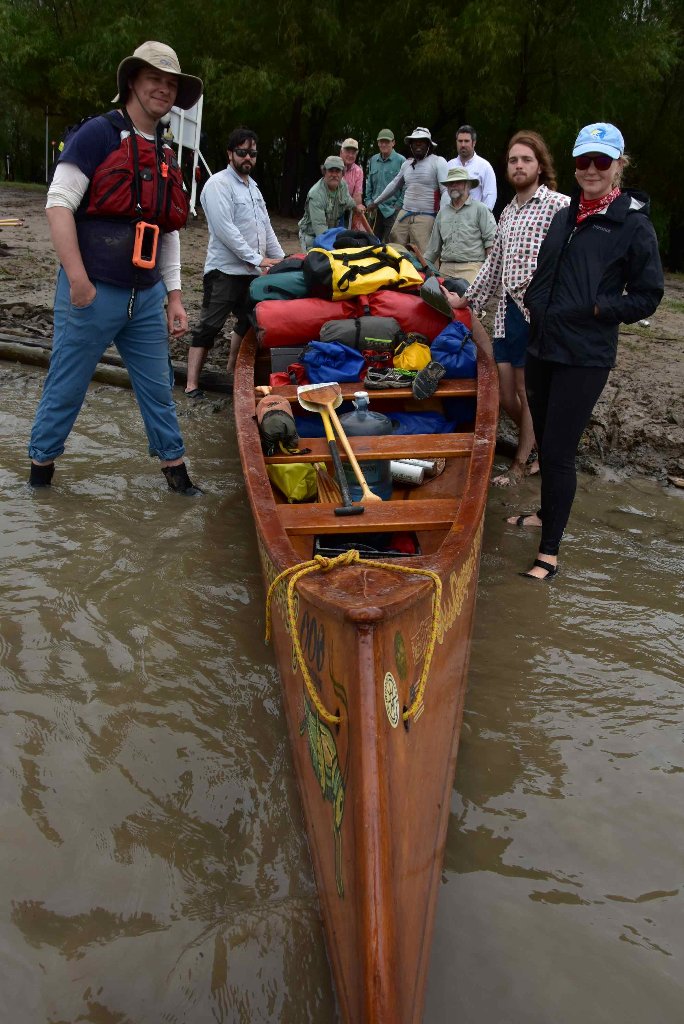 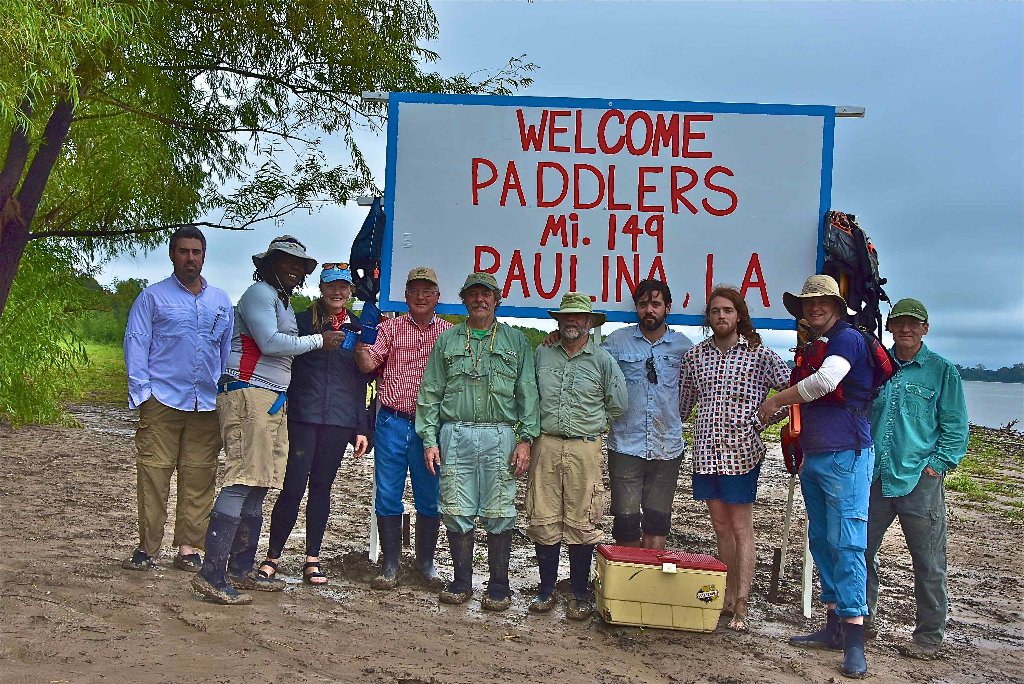 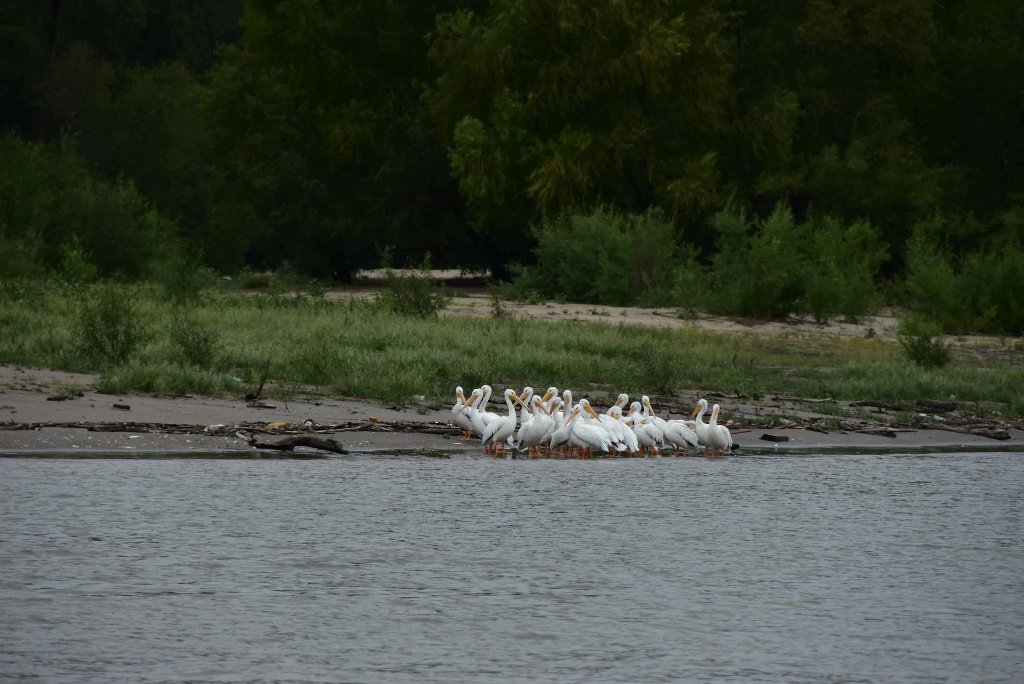