What about Terreprene, now used by NRS and others as the “green” alternative to neoprene? “Terreprene” uses acetylene made from limestone (instead of petroleum) to make the chloroprene. Otherwise it is a polychloroprene material identical to neoprene. Perhaps terreprene gets better marks since petroleum is not used as a raw material in its synthesis. Regardless, it will have the same concerns as far as the chloroprene is concerned.

Whew! Nature lovers — do not despair! You will see more wild spaces! Another five miles downstream and you will be temporarily leaving most signs of mankind behind. You will enjoy a moment of respite, maybe 15 miles of it, once past Missouri Bend/Red Eye Crossing.

Even though you are paddling into Chemical Corridor, home to over 200 petrochemical plants in 135 miles of river producing 25% of America’s chemicals, the intense industry is broken by pristine sandbars, islands, forests, and other places of great beauty. One of the primary goals of the Rivergator to identify these places and describe them for you to help make your journey as comfortable and enjoyable as possible. These places seem all the more special because of their location within the chaos of the petrochem industry. The largest of these wild refuges we are calling “Green Spaces.” Each will receive lengthy descriptions to help you access and appreciate. And the first of these Green Spaces is just around the corner when you pass Dow Chemical and are rewarded with the wild Manchac Point, and some forests on the opposite side!

Green Spaces are green places interconnected by the river. Green Spaces are modest acreages of wetlands, woods or islands. They might not have great value when isolated by themselves. But connected by the river they create substantially larger spaces of green. Which is of much greater value to the wildlife and the health of the ecosystem. Which ultimately results in a healthier river. We need to recognize and protect these Green Spaces because they help bring better and cleaner drinking water to New Orleans. More Green spaces means better water levels, which means more productive industry, which results in more jobs. These Green Spaces can be clearly seen on Google earth.

The Baton Rouge stretch you are now paddling is just a little taste of some busy-ness before the the big busy-ness to follow. But also pockets of wilderness. Chemical Corridor is a great education and should be looked upon as such. What you see here in microcosm explains the entirety of Louisiana’s Chemical Corridor and the vast inland port of Greater New Orleans — and the river’s connection to the world market. This will make a well-rounded tour for the long-distance paddler setting out from Baton Rouge down the Water Trail. You get the opportunity to experience a little industry and a lot of nature. The river is both commerce and wilds. It has always been this way since the Athabaskans first migrated across the Bering Straight and then South out of Canada and began ferrying goods along the plentiful river valleys in hollowed logs. They were of course later followed by their descendants the Chickasaw, Choctaw, Quapaw, Natchez, and many others in dugout canoes, hide-covered canoes and bark canoes. The Mississippi is and has always been this continent’s greatest highway for commerce and simultaneously also one of its greatest wildernesses. Can the two co-exist? I firmly believe so and will describe it as so.

The story of the Mississippi and its importance to the heart of America — and its connections to the rest of the world — could not be understood without seeing the monuments of mankind. As the river leaves Baton Rouge you can see examples of how it cooperates with the ambitions of modern man’s industry & transportation, and then how it seamlessly slips into its mighty realm of wilderness below where nature predominates.

According to wildmiles.org the Lower Mississippi River is 71% wild and 29% not. (Wild Miles is a qualitative assessment of Mississippi Valley wilderness areas from the perspective of the river). But below Baton Rouge, the percentages change. The Wildmiles.org assessment of the 250 miles from Baton Rouge to the Gulf says that 7% is “looks & feels” wild, and 93% not. We’re going to describe both in the Rivergator, but particular attention will be paid to the remaining 7% that still feels good and wild, and is still thriving with an extraordinary amount of plant, animal and insect diversity.

This is the 2nd fleeting area you will encounter below Baton Rouge. Although best line of travel is towards East Bank following the Missouri Bend Pointway, and you probably won’t be paddling anywhere near this fleeting area, it’s good to be aware of. If you haven’t already, start paying attention to other fleeting areas downstream as you survey the river, and study the maps for your forward progress towards the Gulf. They are all mostly contained within these specifically designated locations identified on the 2007 USACE maps with dashed grey lines.

There is a possible low camp below the 1st dike of the Red Eye Crossing. We camped there one time after leaving Baton Rouge late in the afternoon with a group of East Germans. Had I known about Manchac Point, about 10 miles further downstream, I might have insisted on paddling further. But this steep landing sufficed for camp. Some fishermen walked in from some dead end road nearby and were set up along the bank, but disappeared after sunset and we saw no one else until the next day. The shore has an excellent view towards the western sky for sunset, but you wouldn’t want to be here in any oncoming storms from that direction.

Behind perennial Missouri Island is the Missouri Bend Pointway, a shallow channel which is always available to paddlers who want to cut the corner. This back channel opens up for big tows when the river rises above 20 BR. Even though the water is slower than the outside of the bend, this route is shorter, and you will avoid a close-up with the docks of Dow Chemical. 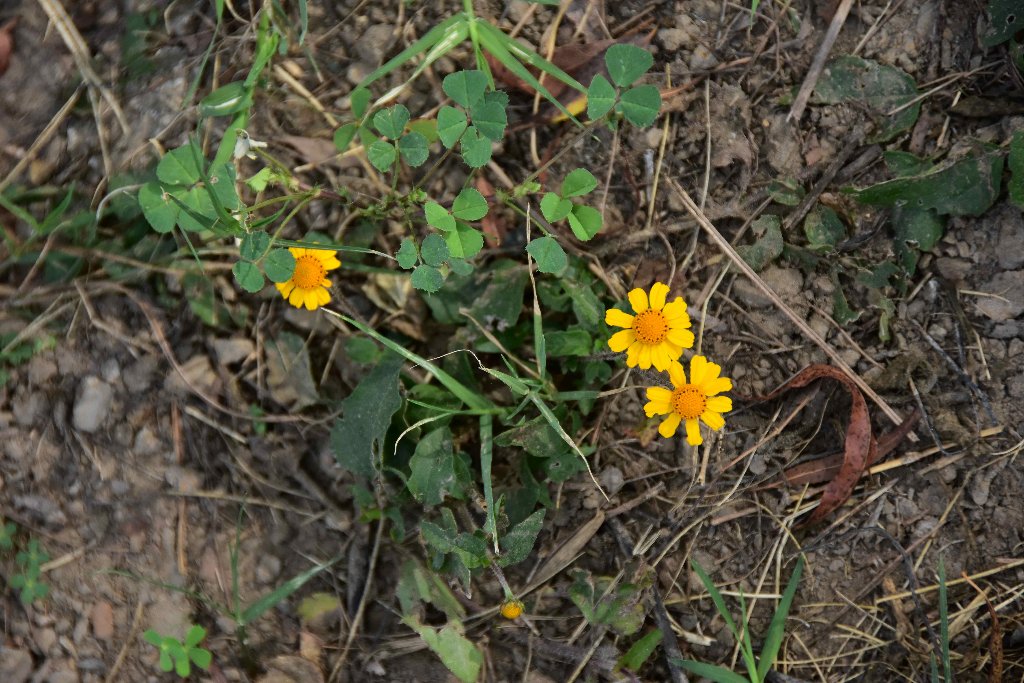 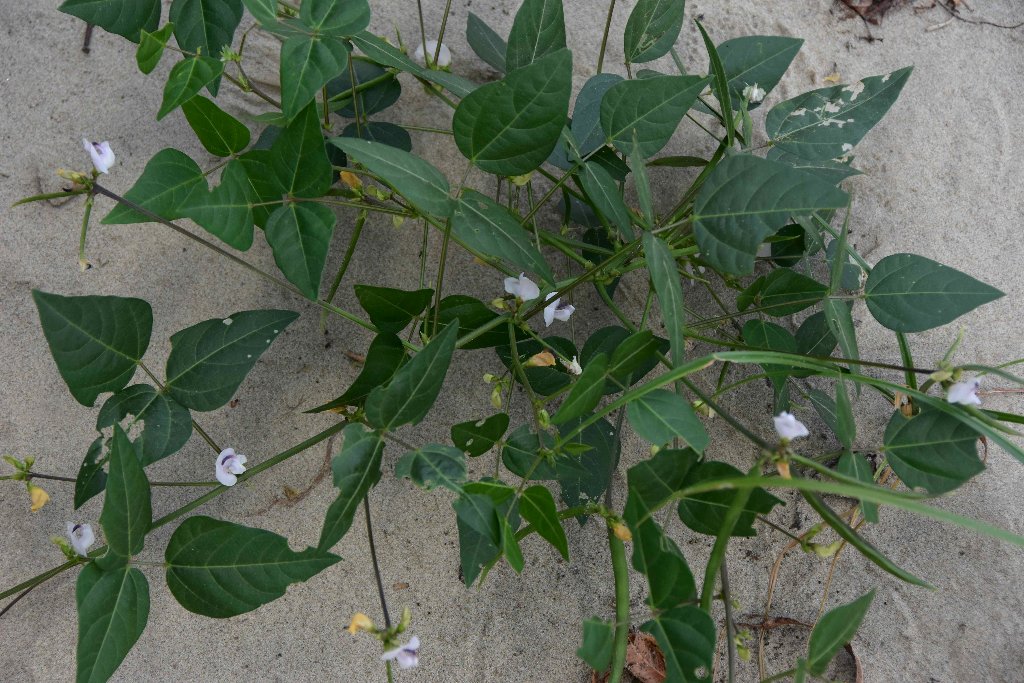 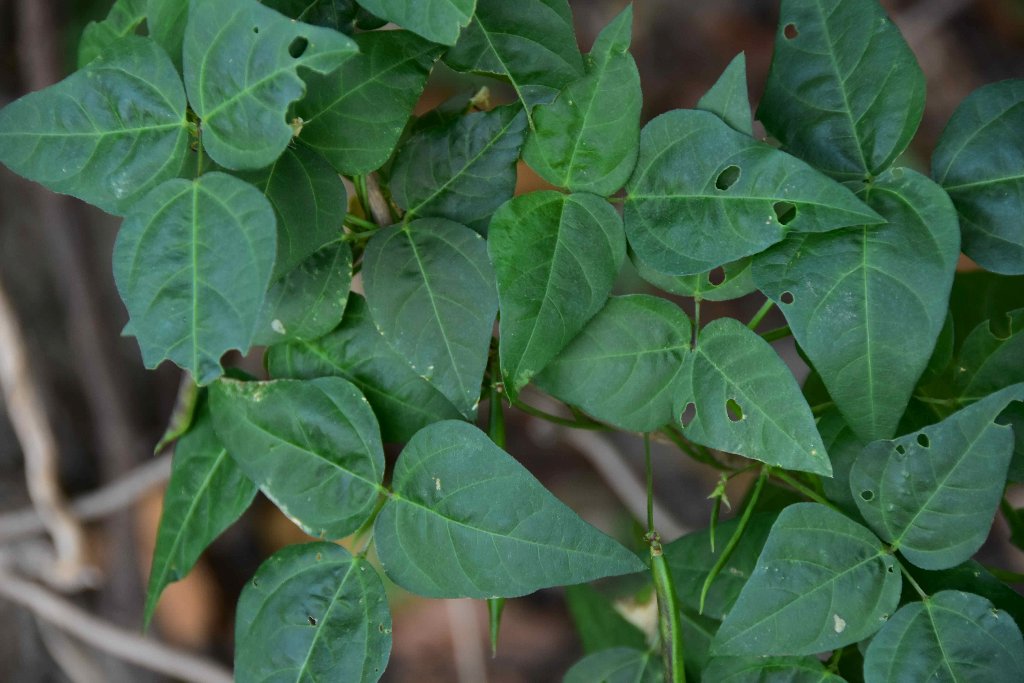 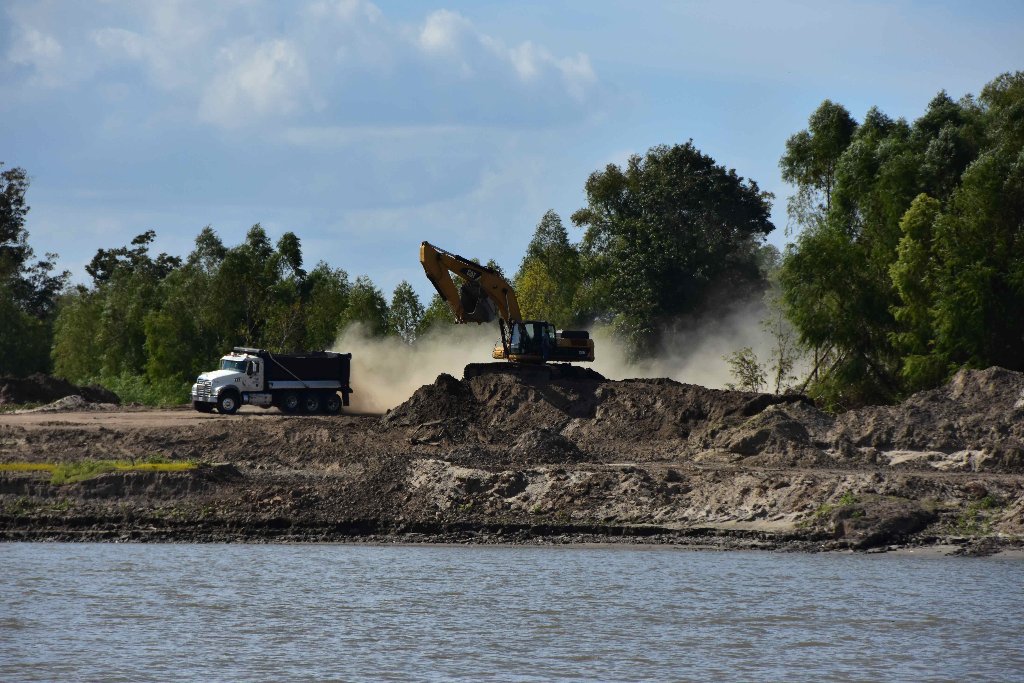 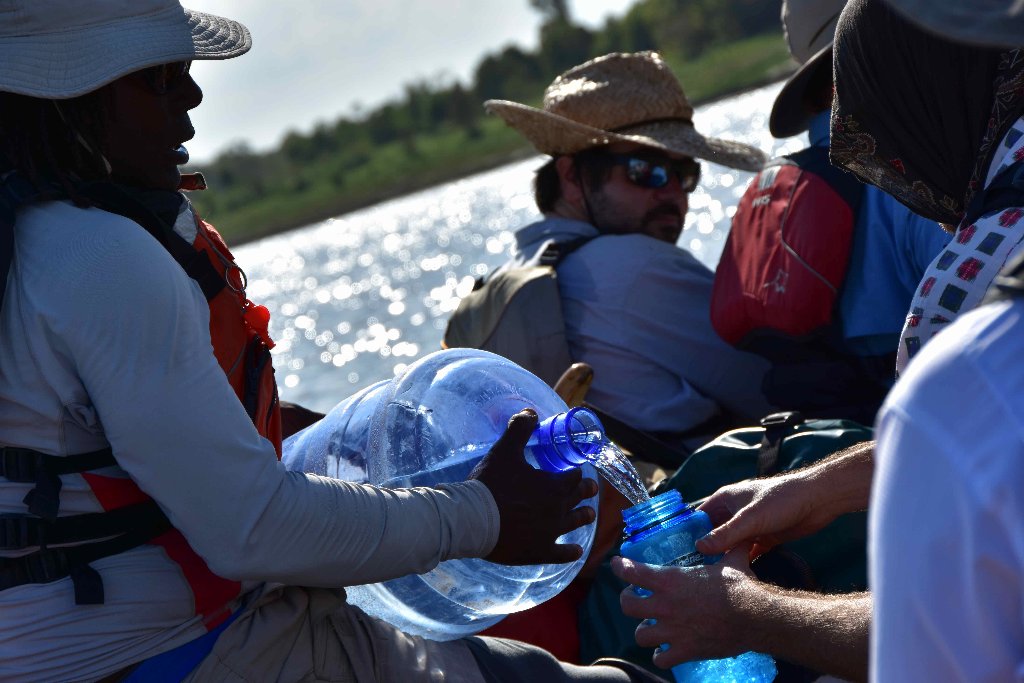 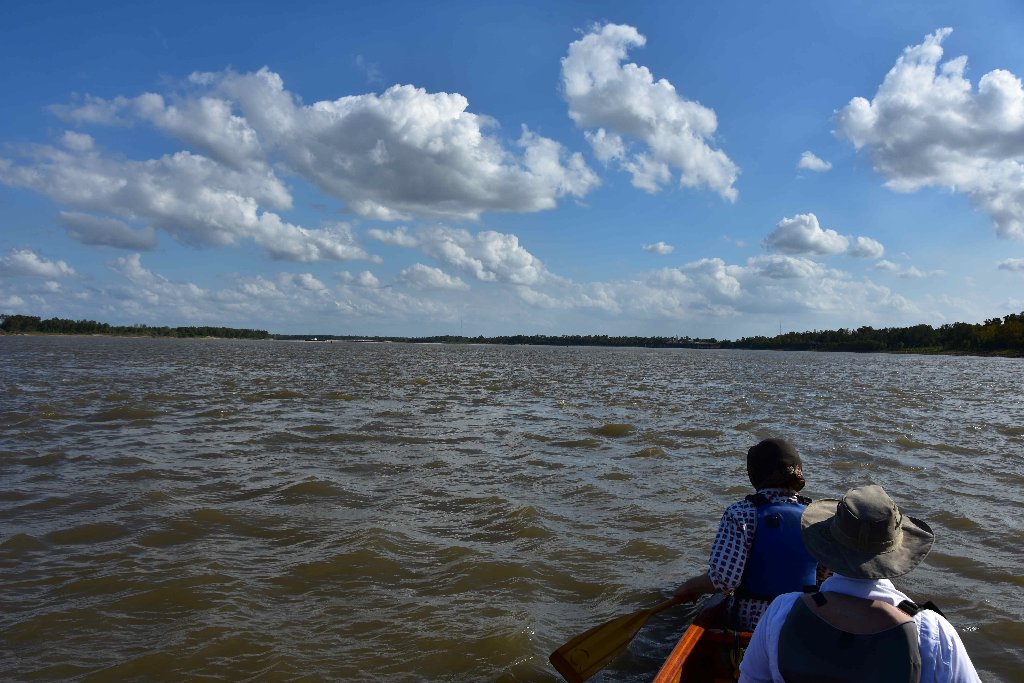