Possible camping or picnicking up to 25BR, but noisy place. Philadelphia Point offers beautiful picnicking on a long shelf of sand backed by willow trees (which should be dry up to 25BR) and reaches is highest prominences around 180 RBD, and then descends gradually towards 181 RBD (dry up to 15BR). But you probably won’t want to camp here for the very noisy L&L dry bulk transfer on the opposite shore. The natural sandy banks continue downstream of Philadelphia Point down to 179 RBD with no rip-rap, but are only dry in low water, up to 12 BR.

Specializing in grains and scrap metals, L&L cranes snort black diesel smoke high into the atmosphere as it swings its buckets up & down and back & forth, with seemingly endless conveyor belts, and a giant grain scoop that grinds & whines louder than everything else, as it reaches down and pulls out mountains of grain from barges, and then ratchets them upwards to unload its cargo into a gaping funnel, which collects the grains and drops them onto conveyor belts which transfer the grains into the cavernous holds of big freighters bound for other continents around the world. And so America’s grain reaches around the globe. L&L is perhaps the first example of this massive transfer paddlers get close to, but there are others in operation within the Baton Rouge Harbor.

The river makes a distinctive down and around and back up curvature as it rounds Philadelphia Point, then Eight-One Mile Point, then Bringier, and then back around Houmas Point (continuing on Southeasterly — the very same direction it started 15 miles upstream above Philadelphia Point!) It looks almost like the river wants to create a trapezoid. Or maybe the outline of two arms curving up in a show of muscles. Some see a Big Foot outline. Whatever you see, this unique “Club Foot” or “Big Foot” shape has no parallel on the Lower Mississippi River, although there are some meanders along Deer Creek, in the Yazoo-Mississippi Delta, that have a similarity.

Highest point in area, good up to flood stage BR 35, but small dune.

Eighty-One Mile Point boasts the highest bluff of sand below Manchac Point, and probably stays dry up to flood stage 35 on the Baton Rouge Gage. Best stop place is on the sandbar at the exact point of the hairpin corner at LBD 178.8. You won’t want to venture too far beyond this point to make a landing because of an aggressive dirt removal operation located just around the point. Eighty-One Mile Point makes a very tight 160 degree bend which affords no vision for oncoming traffic. As you come around Eighty-One Mile Point stay wide for the safest route of travel away from freighter traffic. Or cut the point tight and hug the inside of the bend. Either way, maintain constant vigilance as you paddle, and monitor VHF Channel 67

There is a short quiet stretch as you come around Eighty-One Mile Point, but then the industrial monotony returns full force at Donaldsonville. The Donaldsonville Industrial Reach is nitrogen rich with CF Indsutries Urea and Triad Nitrogen. Meanwhile, joining the big gar and sturgeon at the bottom of the river are a number of underwater communication cable crossings laid by South Central Bell Telephone and East Ascension Telephone, and petroleum pipelines by ExxonMobil, Sugar Bowl, Monterey, Texas Brine, Shell Oil Gulf South, United Gas, El Paso Petroleum and Union Texas. Watch for fleeting by L & L Fleeting and Mooring at 177.3 – 175.2 LBD, and Donaldsonville Fleeting 175.3 – 174 RBD.

A medium-sized dune is found here along Smoke Bend (opposite Eighty-One Mile Point) that would make good stop place for picnic or camping, but this low lying dune is dry only up to 15 BR gage.

As you come around Eighty-One Mile Point stay wide for the safest route of travel away from freighter traffic. Or cut the point tight and hug the inside of the bend. Maintain constant vigilance as you paddle, and monitor VHF Channel 67. As you paddle down past Donaldsonville double check upstream and downstream for any oncoming traffic and then begin your crossing in between East Bank L&L fleeting and West Bank Donaldsonville fleeting. Once across stay with the current along the left bank descending for best approach to Bringier Point. 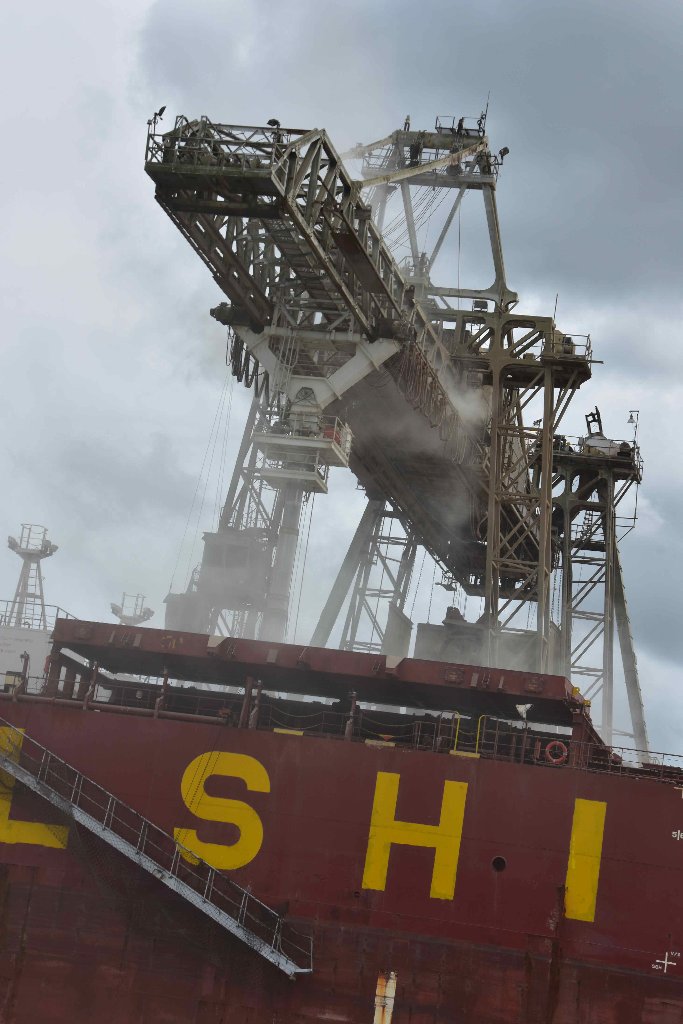 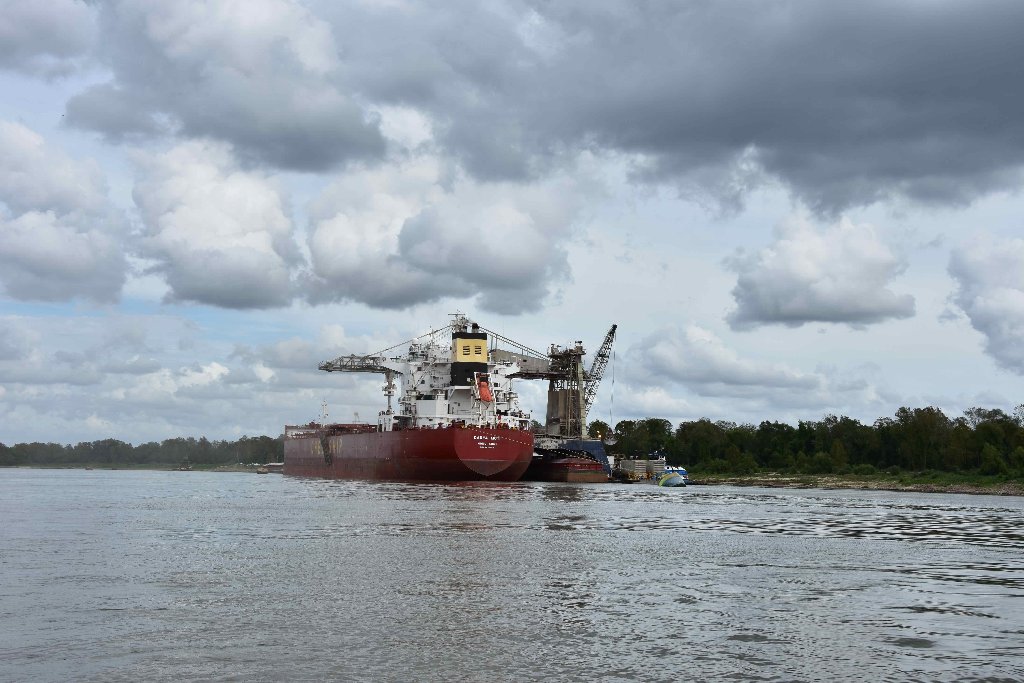 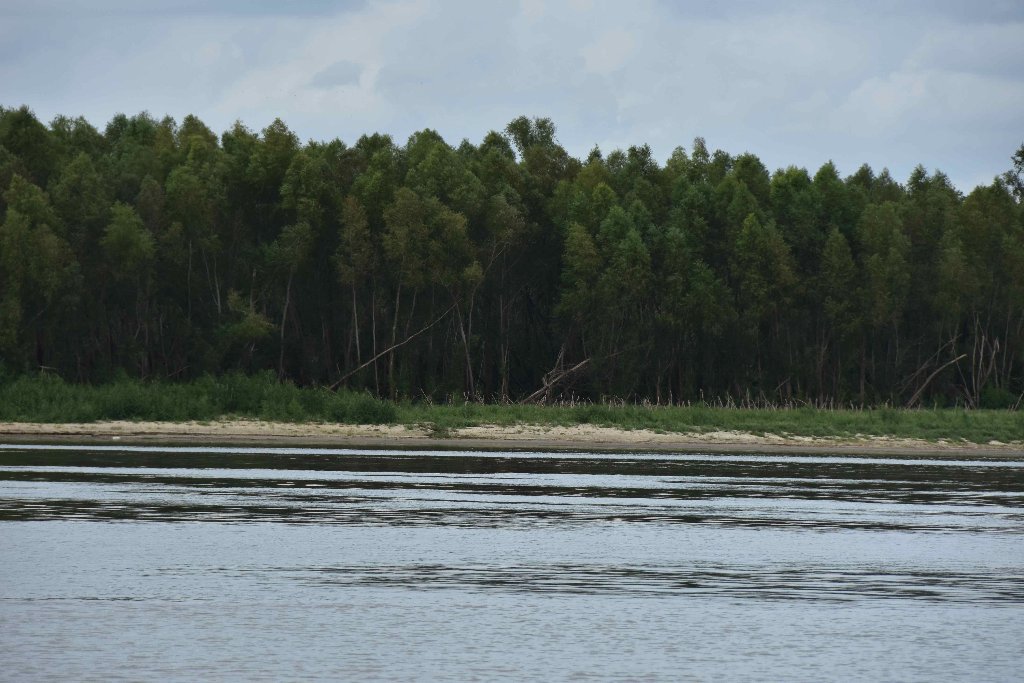 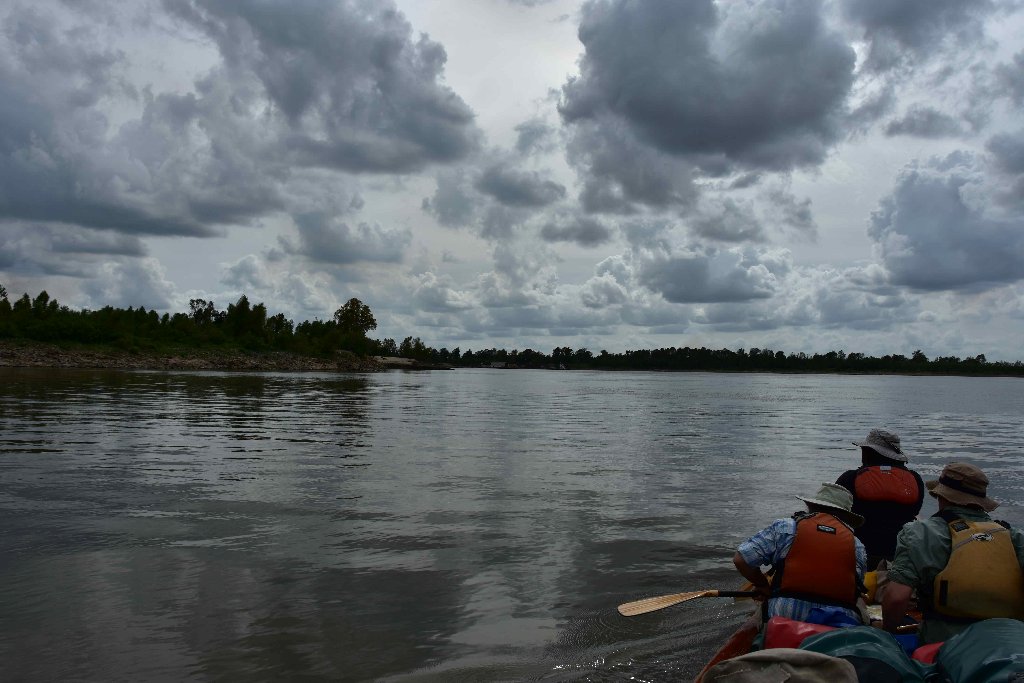 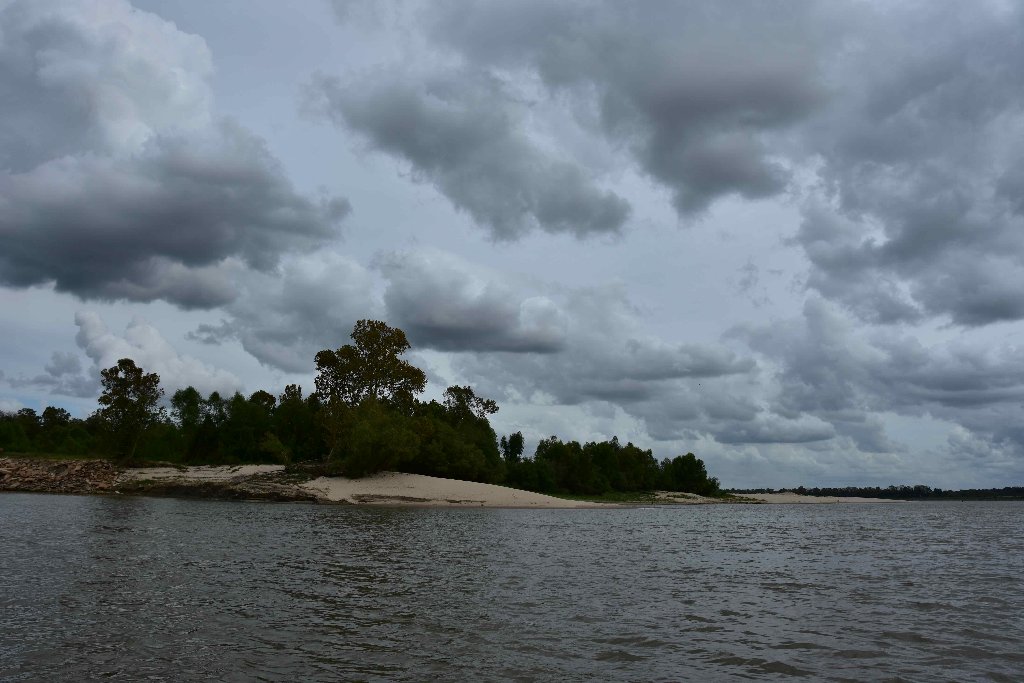