Most paddlers stop in Baton Rouge for resupply and sightseeing. Some expeditions end in Baton Rouge, and avoid the nearby entanglement of Chemical Corridor. You could also stop in Port Allen for a quick resupply, but you will have to make a primitive landing and then take a long walk get to any businesses. Or you will have to lock through into the Intracoastal Waterway, and up to a boat ramp within, and then make your walk (shorter from here). Keep reading below for this option.

Frequently-used anchorage East Bank below I-10 bridge serving as a parking place for freighter big industry in the Baton Rouge area. This anchorage is actually mid-channel, but technically its to the east of the line of navigation, making it “left bank descending of the main channel.” Watch for freighters periodically coming and going. Make sure they are stationary before paddling near this anchorage. If you see the presence of tugboats, or if you notice anchors being heaved, or see the tell-tale black smoke puff erupting from the big smokestacks behind pilot house, which is the sign of engines being powered up, give this place wide berth.

Economy Boat Store services barges and freighters as they travel up and down the river, but is not set up for paddlers.

Best camping and picnicking in the Greater Baton Rouge area, with dry sand on south side up to bank full 30BR.

Sandy picnic or campsites are found on either side of the entrance to the Intracostal Waterway (ICWW), with the tallest and biggest on the south side, and a smaller one good for low water conditions on the north side. This place makes an excellent stop place in the Baton Rouge area, close enough to access the city, but far enough removed for safe unmolested picnicking and camping. Furthermore, this might is the second best view of downtown Baton Rouge from anywhere in the city. (The first being the view from the US90 Bridge and West Bank locations downstream of that bridge).

A giant sloping sandbar is found on the south shore at the entrance to the Intracoastal Waterway which affords good camping or picnicking at all but the highest of water levels. A wetlands behind is populated with beaver, turtles and other critters. Watch for snakes, poison ivy and red ants. You might see pelicans, vultures, and bald eagles in the air, amongst many other birds, and many waders along the shoreline or in the beaver wetlands behind. Dry ground can be found here up to bank full (around flood stage, 35BR). This is the best camping within 5 miles of downtown Baton Rouge. You would have to ferry cross to get to the city. But you could hike over the levee and follow roads behind to reach a grocery store (Walmart), convenience stores and other businesses. Community Coffee headquarters is nearby, and if the wind is blowing right (out of the Northwest) your nose will be tantalized by the aroma of the roasting beans and fresh brew.

The Intercostal Waterway cuts through Port Allen and heads southwestward towards Morgan City, and from there points further west along the Louisiana and then Texas coastlines. You have to lock through the levee to get to the canal. There are a number of options from here on down to the Gulf for exiting east and west along other portions of the Intercostal Waterway, and interconnecting canals. Paddlers have been known to paddle down one of these options for destinations off the big river. But be ready for a long flatwater slog down straightline canals with nothing but barges, workboats and other commercial traffic for company, and small boats busy as bees. Your bankside companions will be a long parade of herons, egrets, pelicans, gators and turtles.

The GIWW: The Gulf Intracoastal Waterway connects to the river at mile 228.5 at the Port Allen Lock, RBD. If you prefer to reach the Gulf of Mexico by way of the Atchafalaya River instead of the Mississippi, you missed your best chance days upstream at the Old River Control Structure. But here is another exit from the Chemical Corridor into “Cajun Country.” Lock through and paddle West then South for about a day. If you’re feeling ambitious, the GIWW runs from Mexico to New Jersey. (Mike Beck)

The 84-feet high concrete lock structure is 1,202 feet long. The lock moves ships, large and small, by lowering or lifting crafts up to 45 feet to connecting waterways. Lock operation for navigation consists of equalizing the water level in the lock chamber with either the river or canal stage enabling the vessel to sail up or down the river or canal safely. Contact the Lock & Dam at 2101 Ernest Wilson Drive (PO Box 499) Port Allen, LA 70767, or call (225) 343-3752.

Your best resupply on the West bank of the river, from Port Allen, would be the Walmart Supercenter south of the Intercostal Waterway about a half-mile on Louisiana Highway 1. Lock through the Port Allen Lock & Dam, and make landing at the Boat Ramp, on the north bank underneath Hwy 1 just past Lock & Dam. One stop shopping for everything you might need. If you have no desire to see Baton Rouge, and don’t mind locking through twice on this roundtrip errand, this would be a good option.

Note: you could possibly access this Walmart Supercenter from a primitive landing RBD mile 227.3, but you would have to slip in behind fleeted barges, tows and freighters that might be parked within the “Baton Rouge General Harbor” RBD 228-226. At low or medium water find the best place to make landing. It’s a shorter walk than the route above, and no locking necessary. After landing, pull your vessel out of the water and walk up dirt road across batture, and over levee. This dirt road runs straight into paved Hwy 988 (Beaulieu Lane). Walk quarter mile east to Hwy 1. Walmart Supercenter will be prominently visible across the fields to the north. In high water above 30BG you could paddle right up to the levee!

As you paddle past the Port Allen Lock watch for barge fleeting right bank descending (West Bank) between miles 228.4 and 226. Inspect your 2007 USACE Mississippi River Maps: you can see this fleeting area as a rectangle formed by dashed grey lines. The best line of travel is far from this fleeting area. But this is as good a time as any to learn about fleeting: the hazards it presents for paddlers, and how to best navigate. The Rivergator won’t detail each and every fleeting area downstream, there are so many of them. But it will describe those of particular concern — as well as those that present special opportunities (such as hidden campsites and picnic sites). This fleeting area is separated from the main channel by the Lower Baton Rouge freighter anchorage area below 227.

What are Fleeted Barges?

As you are leaving the Baton Rouge Industrial reach be wary of the rows of fleeted barges tied up alongside either bank. As you continue downstream towards New Orleans these areas will become larger and more frequent. You will soon have to paddle past miles and miles of fleeted barges. But then below New Orleans they will gradually diminish in size and length, and then entirely disappear altogether below Venice.

What are fleeted barges? When any industrial or agricultural facility are filling or emptying barges, they tie them up along the bank of the river, sometimes one at a time, but more often in longer lines multiple barges deep. Sometimes they’re only one barge deep, sometimes they’ll tie more than one side-by-side. In chemical corridor down below Baton Rouge they’ll sometimes tie as many as a hundred long with ten or twelve deep! Most barges measure 35 x 250 feet but petroleum barges are often longer. The top end of any fleeted barges is an extremely dangerous place. Called the “rake” end, its the slanted side, slanting upwards like the prow of a ship. But here there is no easy escape. The water does not offer any sideways assistance pushing you away from danger, like it does at the prow of a ship. The broad rake end concentrates everything into one point, the point of no return: the water, the air, and you and your canoe or kayak get forced downwards, and then you get trapped below the slant. In this precarious position there is probably nothing that will keep you from being flipped over and sucked under the barges.

This possibility is not mere conjecture. In the early 2000s a couple was paddling downstream into Chemical Corridor after having made it there from the top of the river. So they knew what they were doing. But they had little experience with fleeted barges, because you don’t see many of them above Baton Rouge, and all of those above usually have several alternative lines of travel. Below Baton Rouge everything gets so crowded that you often have no choices. And so you have to paddle very near fleeted barges on windy days because there are tows, tugs, workboats and freighters crowding the rest of the river, and a dredge is set up nearby. The wind picked up as this couple paddled into one such section, into endless fleeted barges and a crowded river. They made a crossing and ended up directly above the upstream rake end of a line of fleeted barges. And then they got trapped. The wind and the fast water forced them inwards below the rake end in a double vector so powerful that even their best stroking did no good. Maybe there were other factors. Maybe one of them broke a paddle. Or had a stroke, or some other medical condition. Maybe they had not slept the night before. There are so many possible factors that could have added weight to the final moment when they went past the point of no return and got sucked under like being pulled into a black hole. We don’t know the whole story because they did not survive this catastrophe.

Always avoid paddling anywhere near the upstream ends of the barges — the rake end — where the water is pushing in and underneath their top ends. It might look like you could simply hop aboard in case of emergency, but you won’t be able to! This is a trick of perspective on the big river. They are much higher off the water than they look. You will see fleeted barges within the above area in the West Baton Rouge area, and then also West Bank as you enter Missouri Bend, and many, many other places downstream. 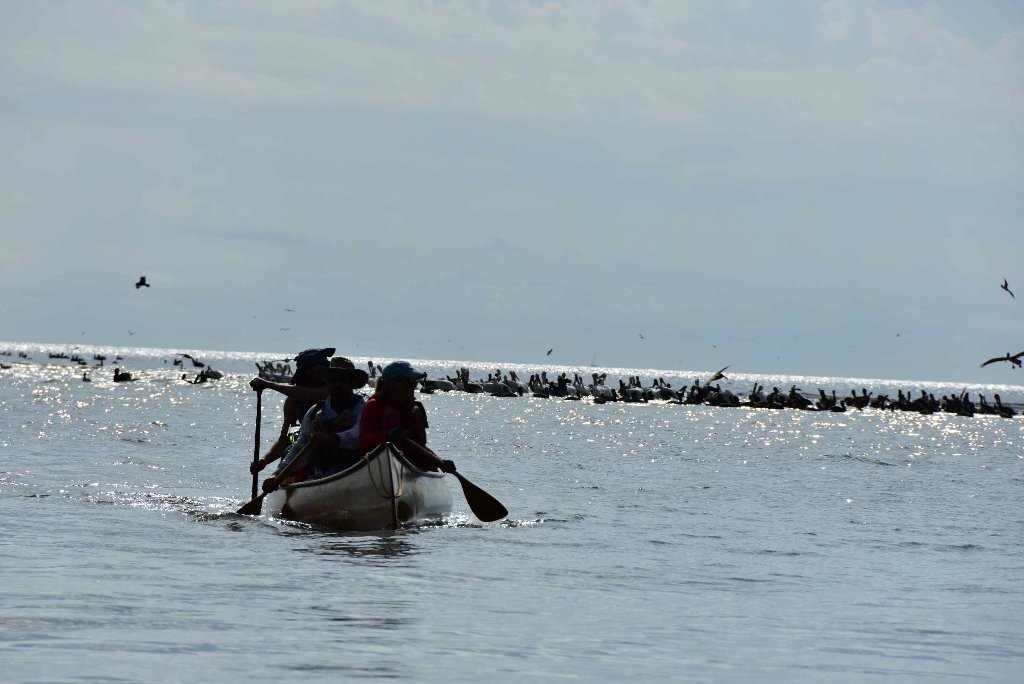 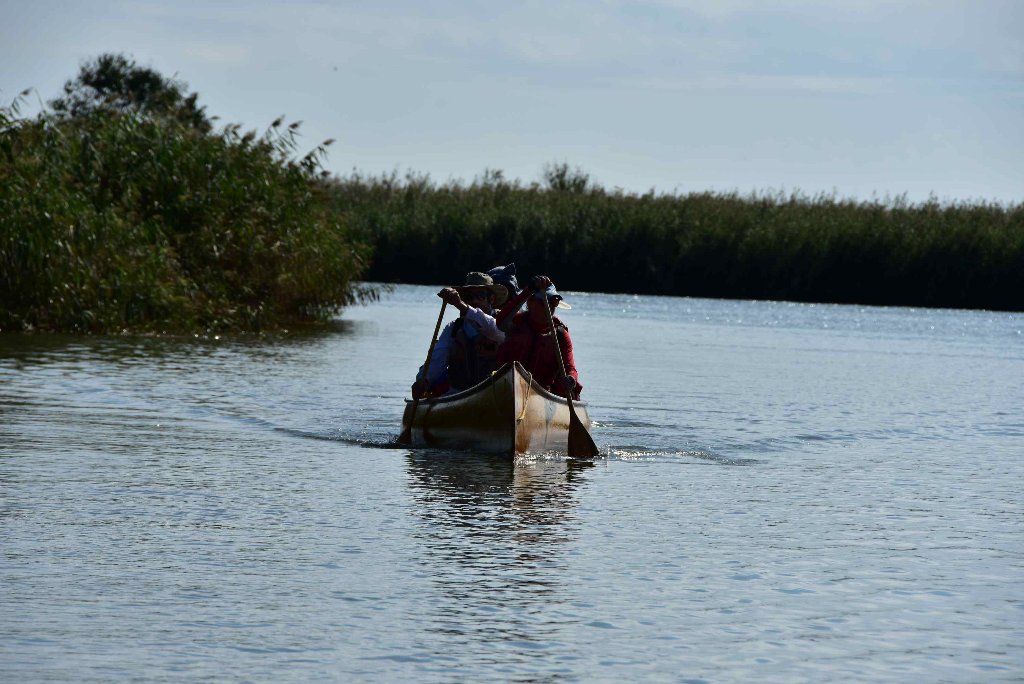 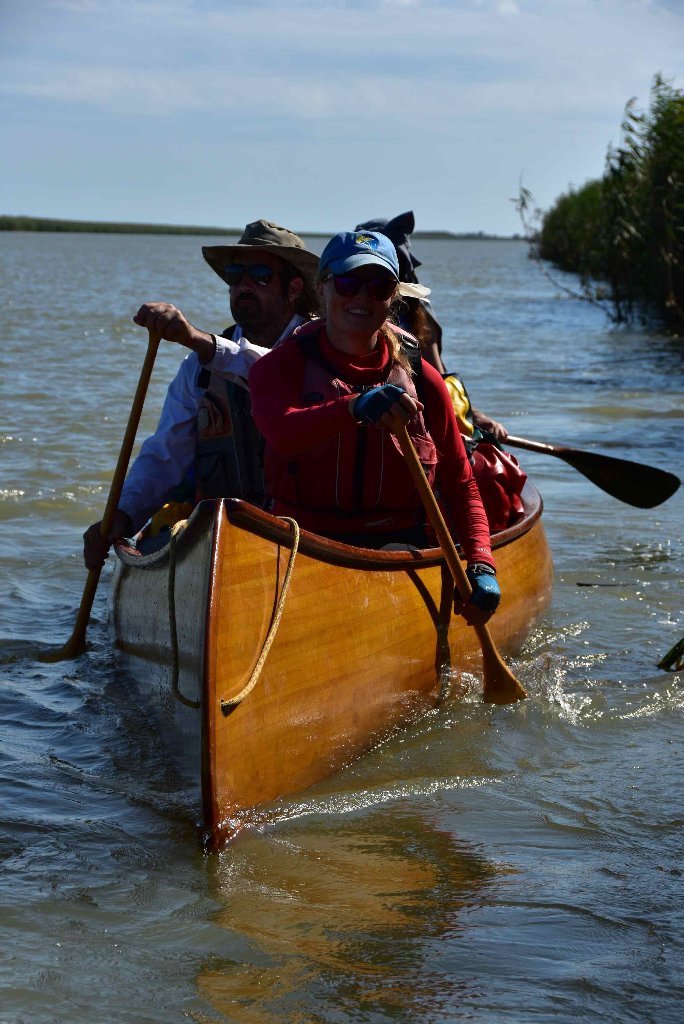 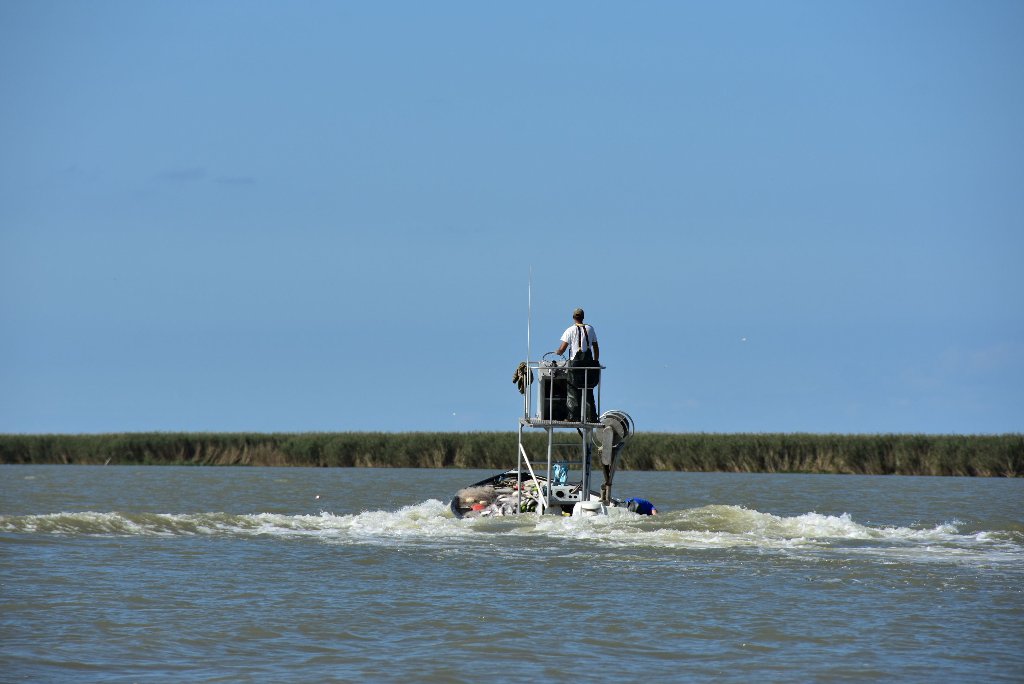 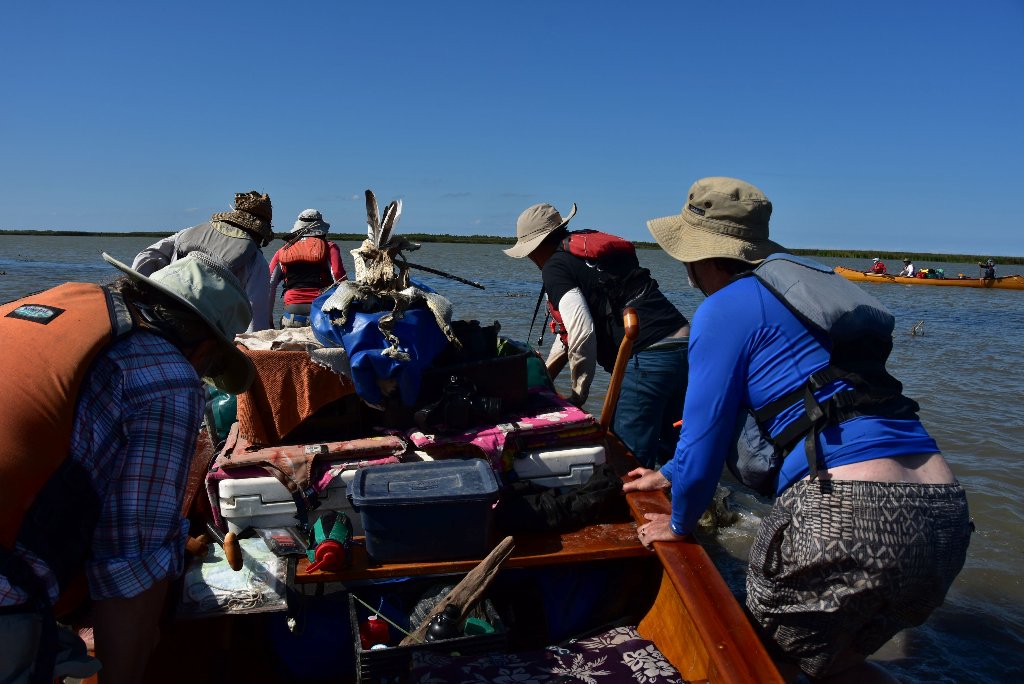 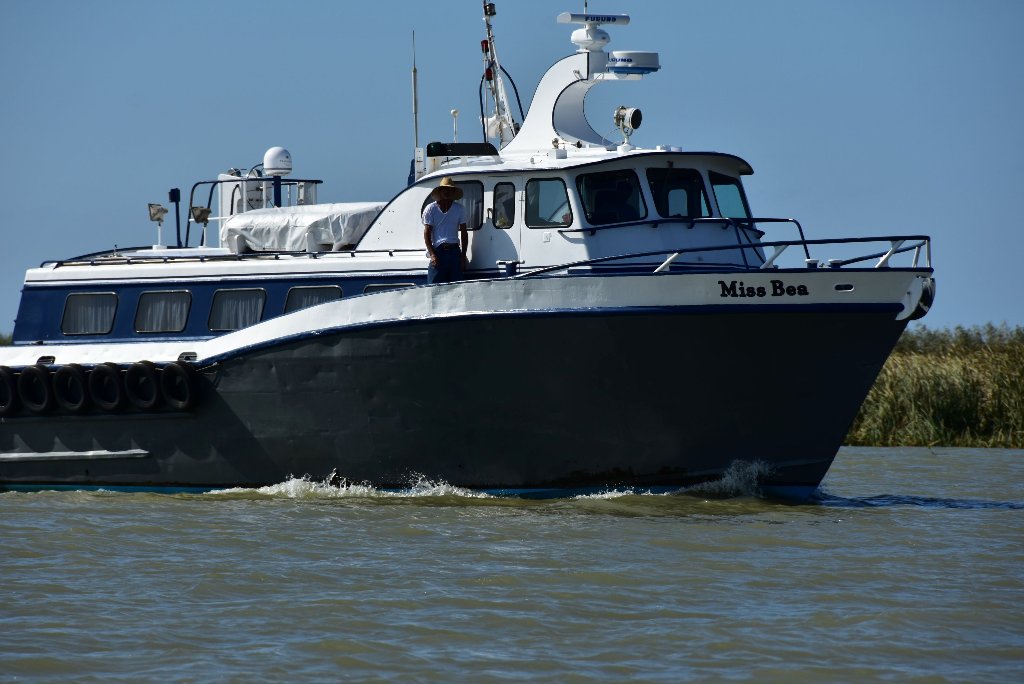 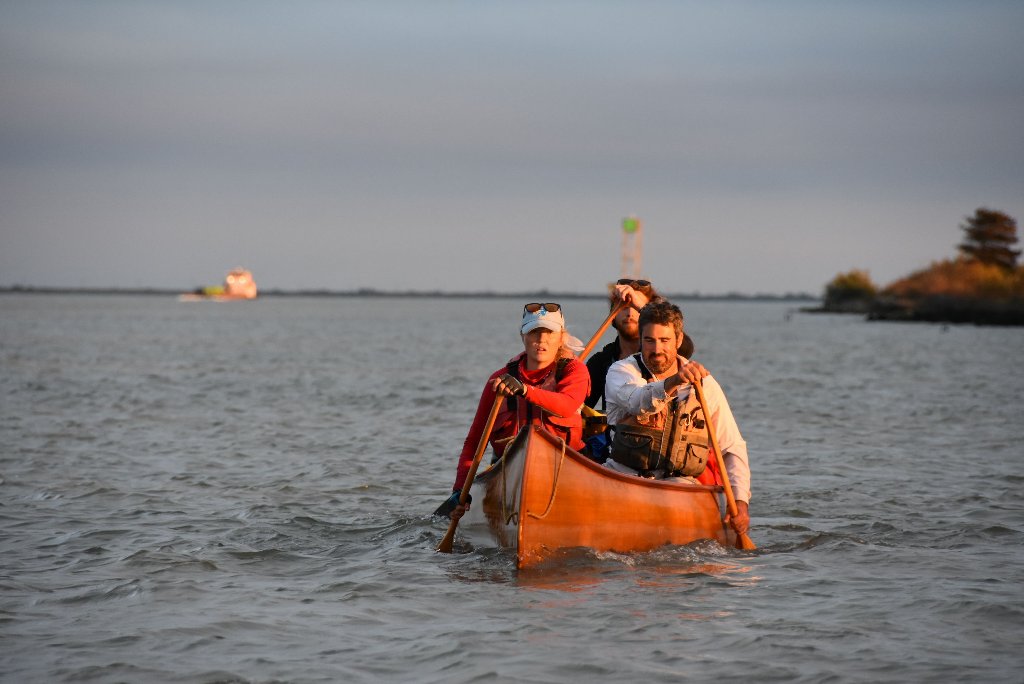 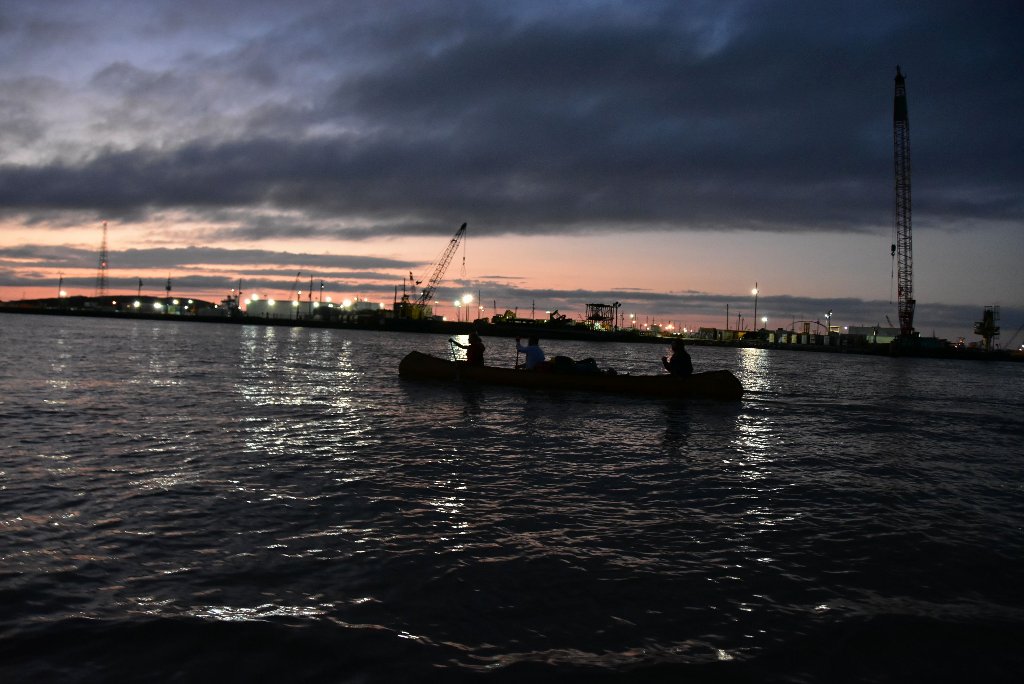 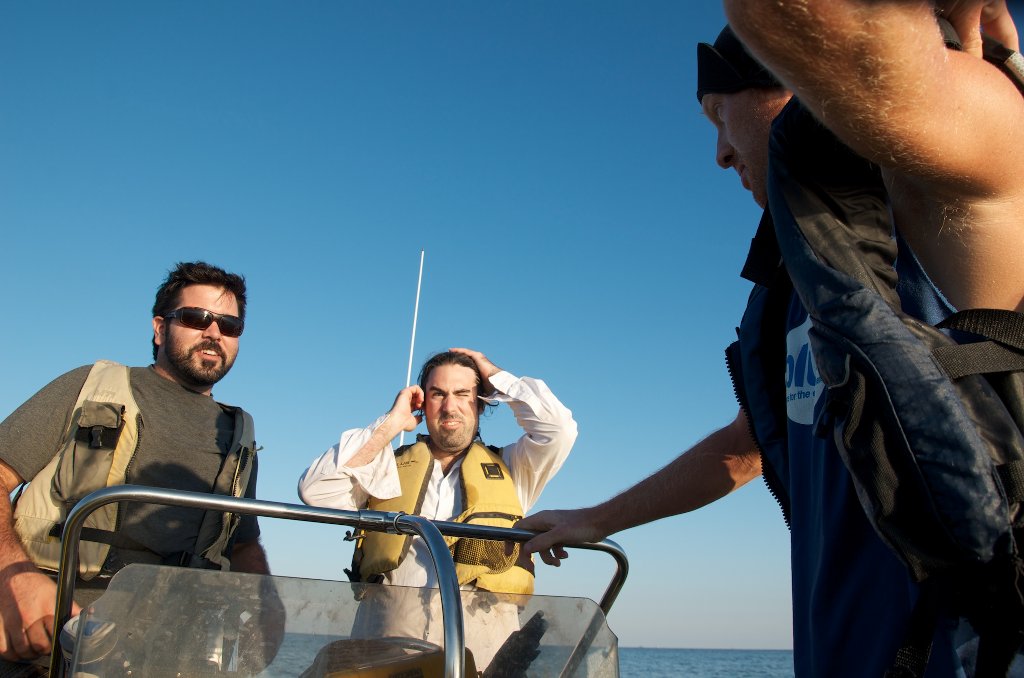 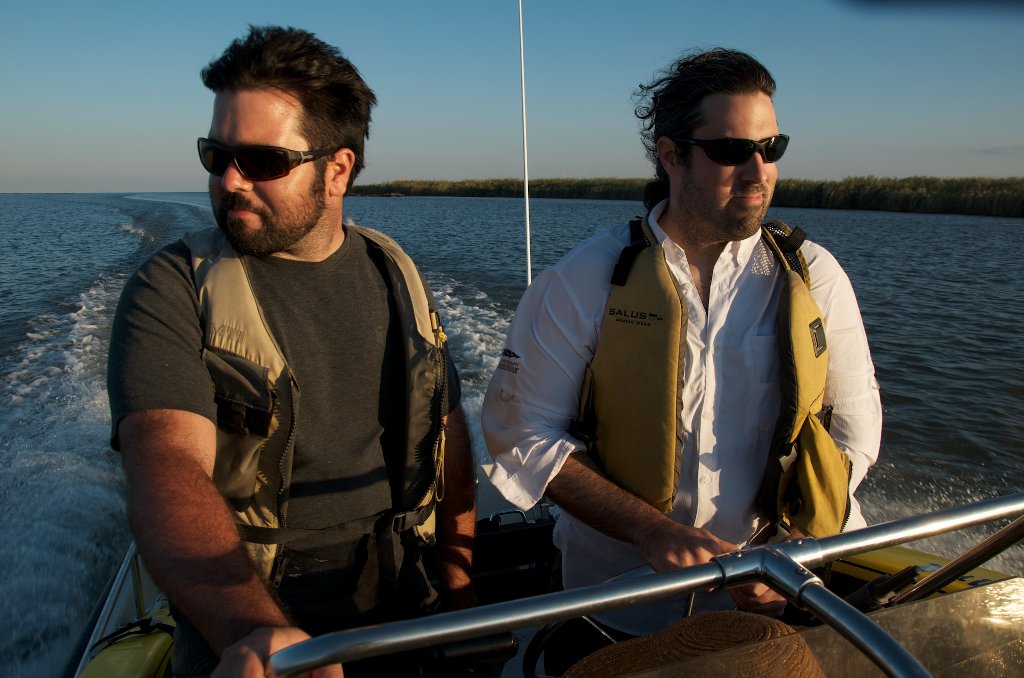 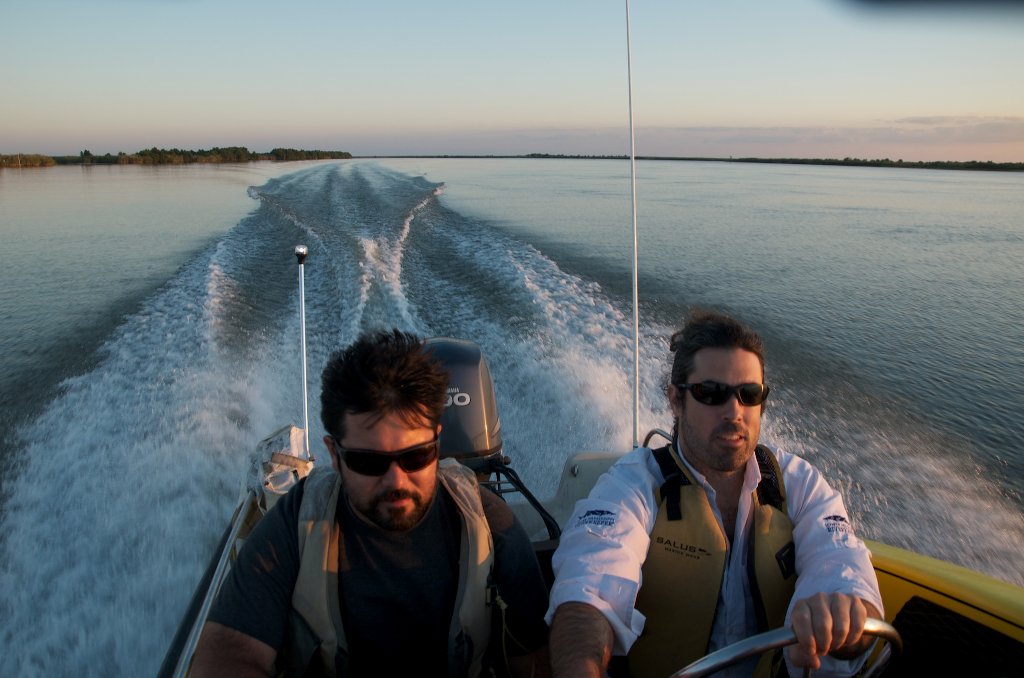 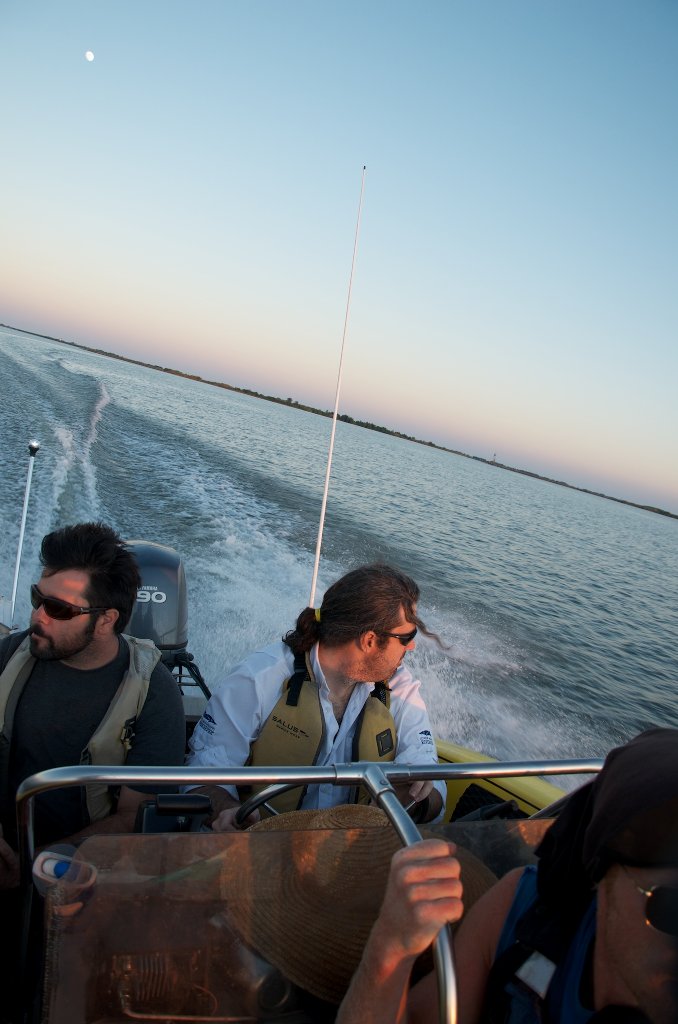 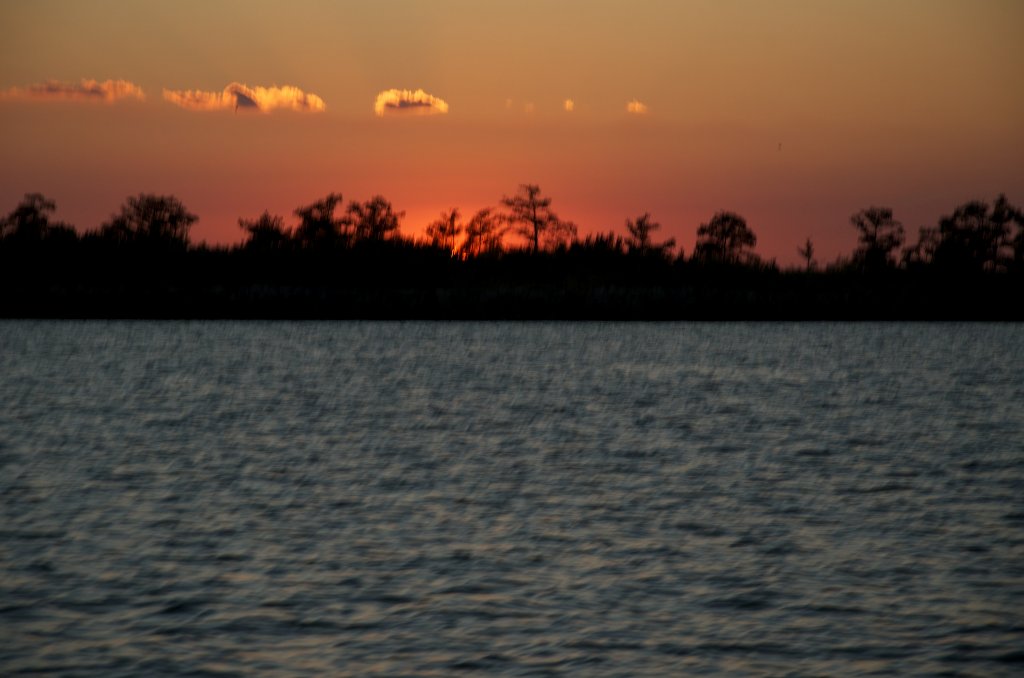 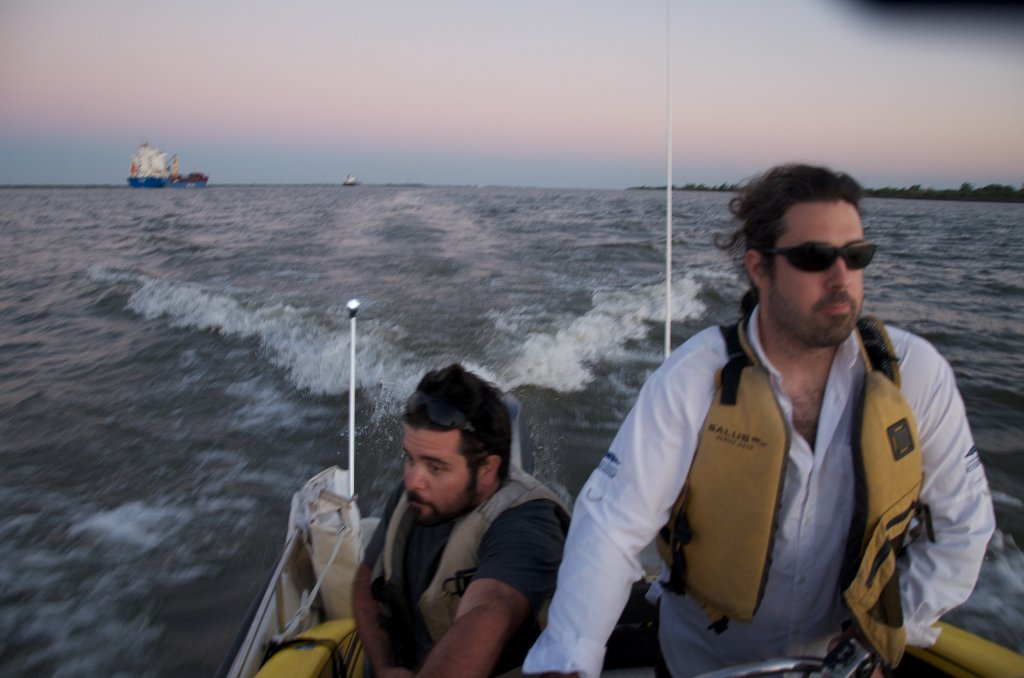 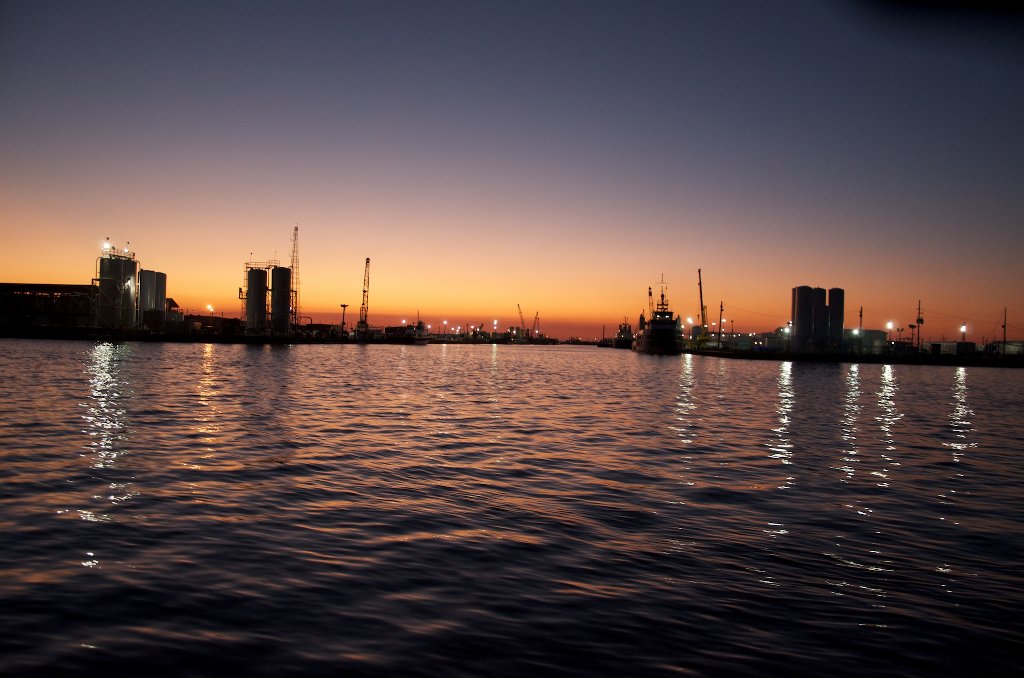 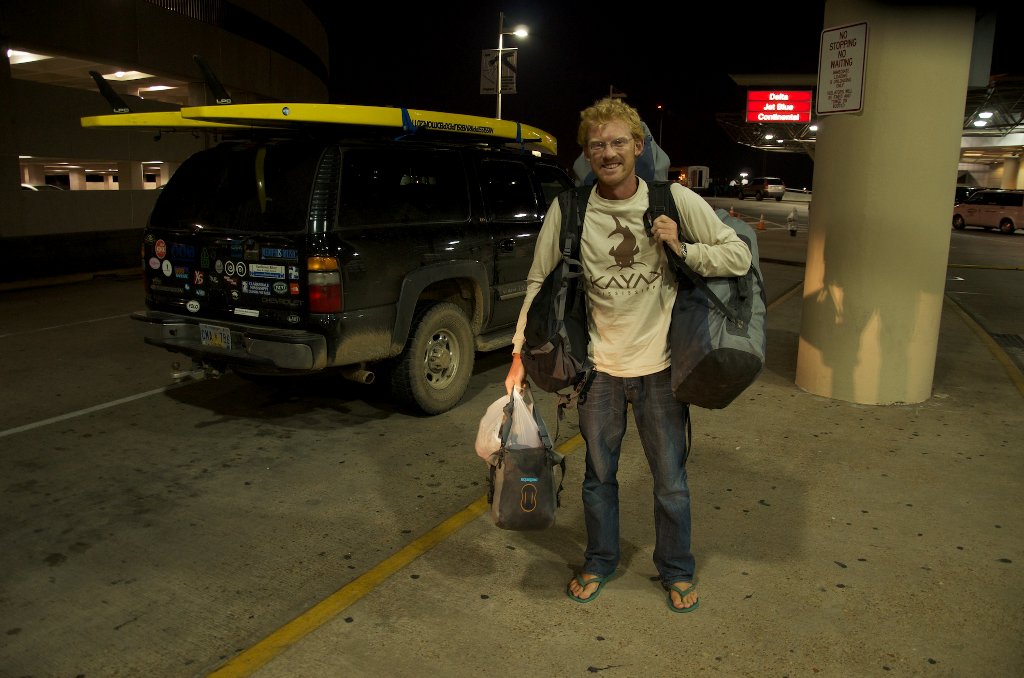 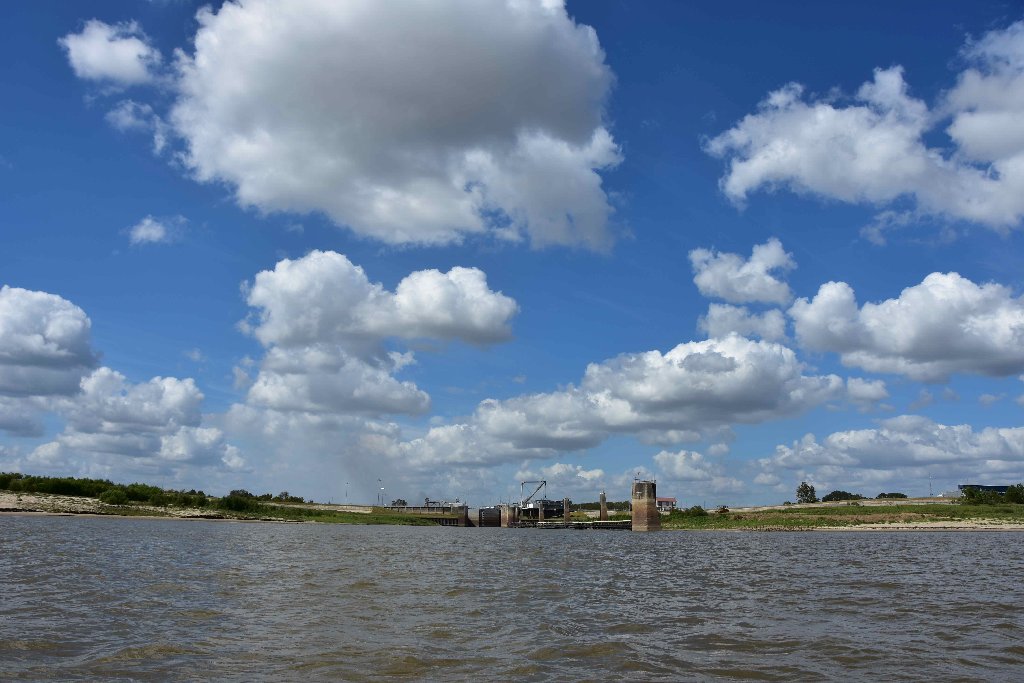 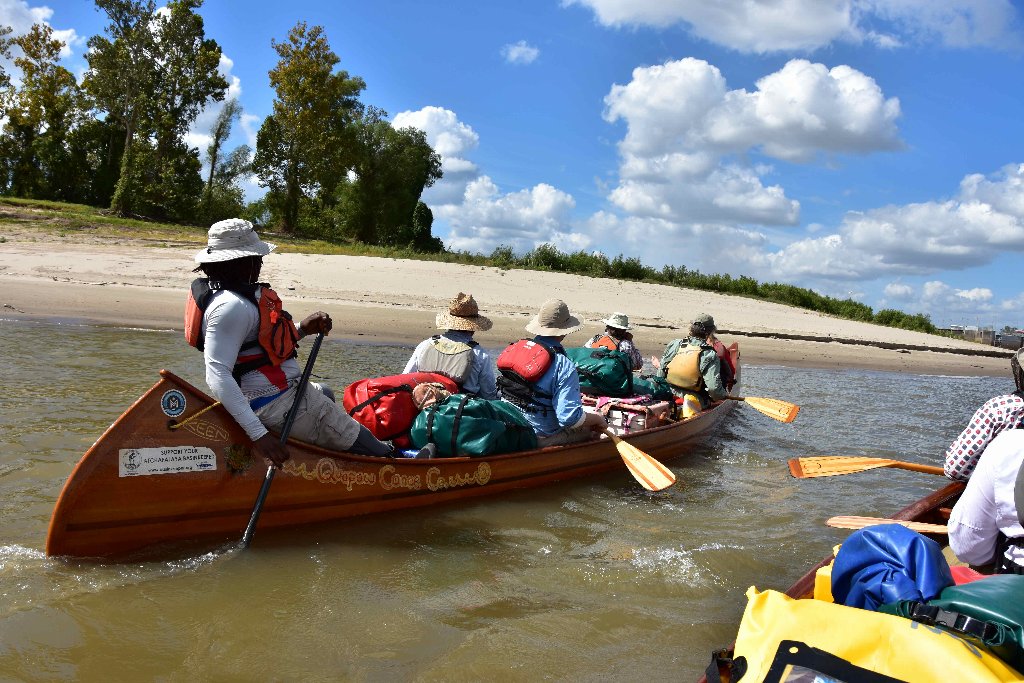 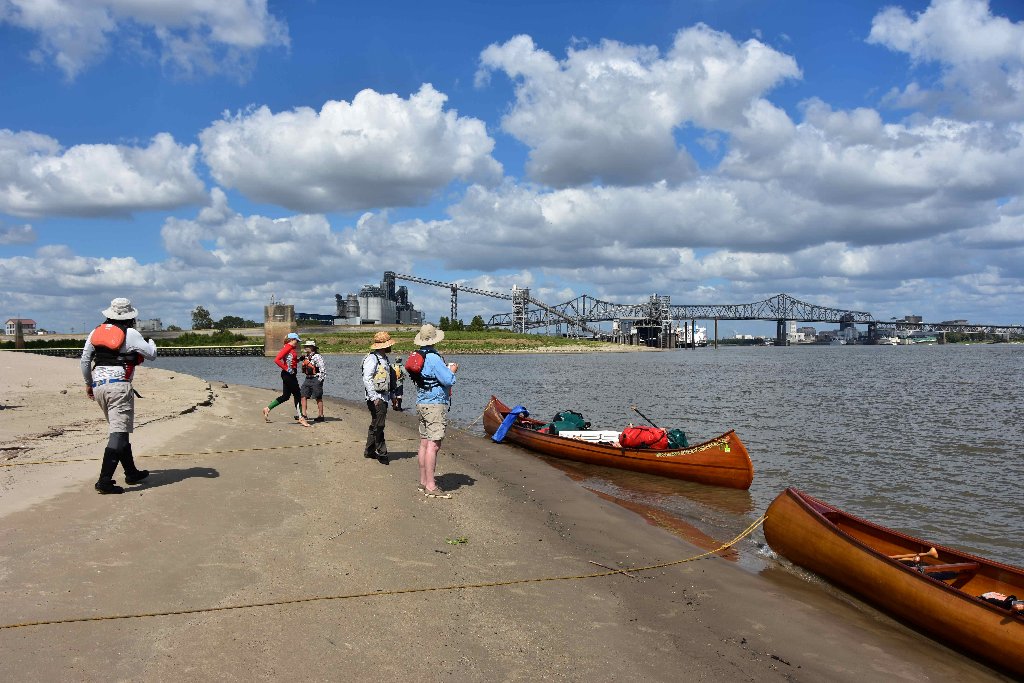 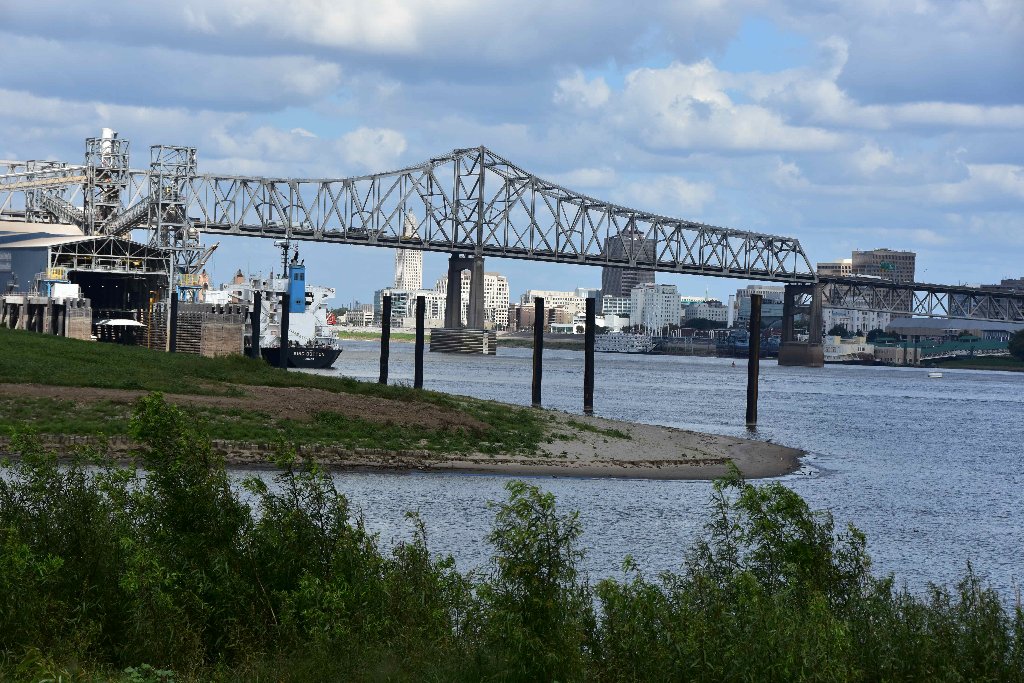 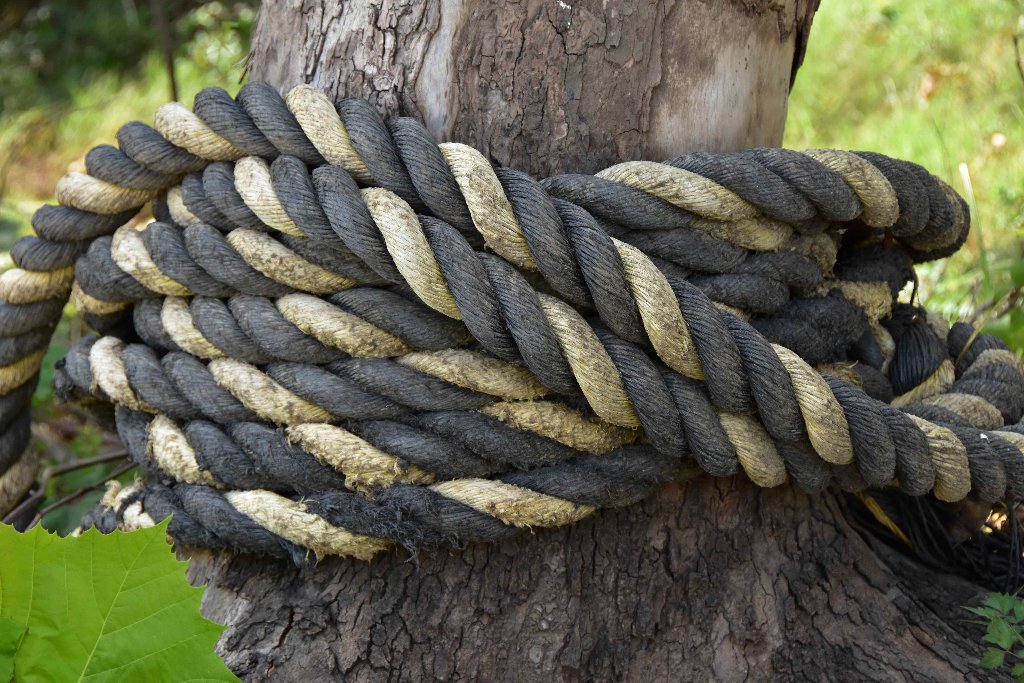 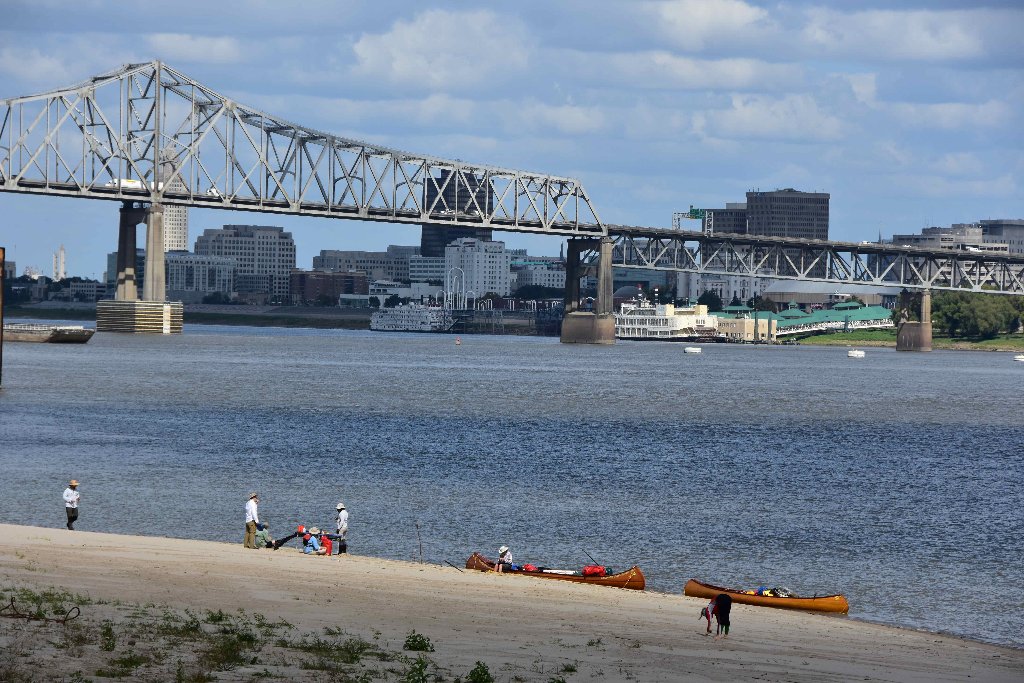 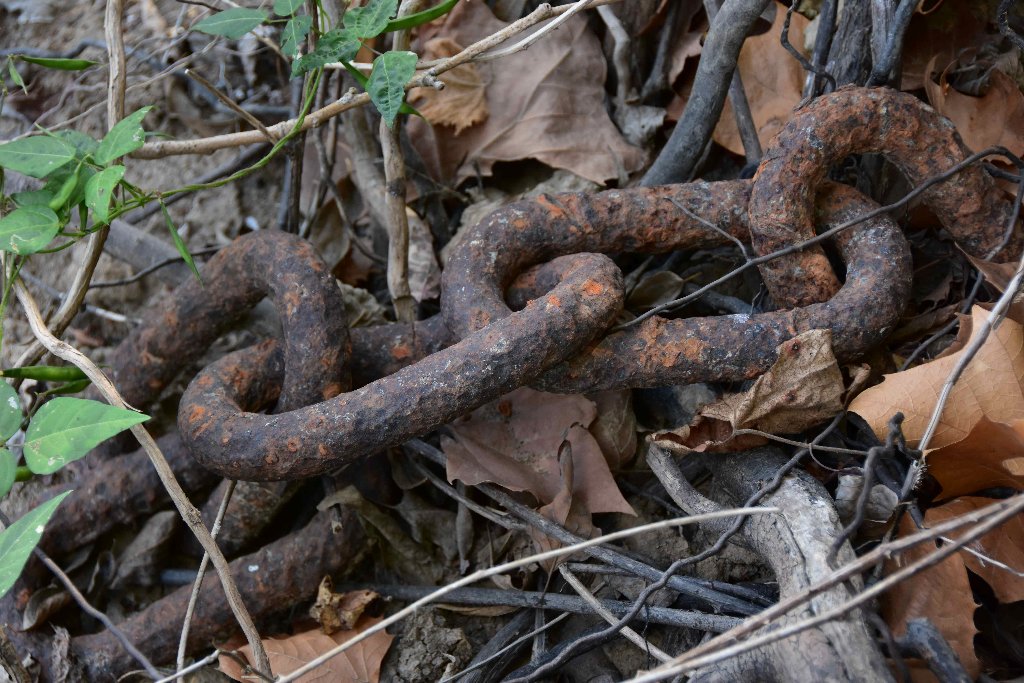