Zen-Noh (Zenkoku N?gy?) is the National Federation of Agricultural Co-operative Associations is also the federation of agricultural cooperatives in Japan formed in 1972. ZEN-NOH consists of 1,173 agricultural cooperatives and federations that in 2004 had a combined revenue of $53.8 billion (USD). ZEN-NOH is involved in the marketing, tracking, and quality assurance of the products of its cooperatives. ZEN-NOH is one of the world’s largest importers of animal feeds and agricultural fertilizers. Here grain grown in the mid-western U.S. is loaded onto ships and sent out to the world (presumably much to Japan). (Paul Orr)

A high bank of rangia shells rises above the river here affording a good landing that you know won’t squash under your foothold like so many muddy landings do along this stretch of river. Dry up to flood stage 35 BR. There is vehicle access here, but it is blocked to public use by a gate off the levee. As result you might be able to make a safe landing, have a picnic, maybe even camp before being disturbed. In inclement weather, or river emergency take your chances. Otherwise continue on downstream to next possible location at College Point.

Named by paddlers for the small landing and shelf of safe sand that can be found here at low water in between the long lines of barges. You can’t count on this place for a landing because it is sometimes open, and then sometimes it is completely blocked by barges.

Nucor Steel, today the largest producer of steel in the United States, recently built this direct reduced iron plant making it one of the newest in the industrial corridor. Nucor plans to produce 2,500,000 tons of iron at the plant. Iron ore is “reduced” into sponge iron by heating it with hydrogen and carbon monoxide made from natural gas. You will see two spherical storage domes; there were three but one suddenly and unexpectedly collapsed in 2013.

Romeville Dune is a small shelf of sand rising at a shallow incline, and offering dry location with limited space for picnicking and camping up to 25 BR. A thicket of willows grows above the dune, with a mature bottomland hardwood forest behind, creating a thin buffer from the levee. Thistle, hibiscus, sensitive plant (mimosa pudica), wild grape and poison ivy all grow along the edge of the forest.

This south-running stretch of river between Convent and St. James does not offer any easy lines of navigation for the downstream paddler. Canoes, kayaks and paddleboards will have to decide between staying exposed to fast-moving freighters mid-channel or very active docking and fleeting along the edges. Either choice has its pros and cons. Look for traffic and stay tuned to VHF 67. Make your best choice, and hope the river gods are watching in your favor. Most industry up to now has been East Bank, but here there is plenty of vigorous West Bank industrial activity, including pipeline terminals operated by Koch and Capline.

SunCoke Energy just bought this coal export terminal from Raven Energy. The terminal has a unique oval shaped rail spur that surrounds the facility allowing coal trains to simply pull through to unload and end up going out back the way they came in. The coal comes in on rail, is stored in the coal yard and then is loaded onto ships for export overseas. The facility can move 15,000,000 tons of coal per year. (Paul Orr)

It’s difficult to see it from a canoe or kayak but for almost 3 miles along the West Bank (RBD) are a continuous series of petroleum terminals making up one of the nations most important crude oil hubs. If the water is high enough or you climb up the levee you will see over 100 large storage tanks; the largest of which cover over 1.5 acres a piece. These tanks are primarily used to store crude oil as it is transferred between pipeline (a number of major crude oil pipelines tie in here), railcar, and ship. Pipelines connect the terminals to offshore oil production in the Gulf of Mexico and oil refineries in Louisiana and Texas. Crude oil from the Bakken, Niobara, and Eagle Ford shales are brought in by rail. Crude oil can also be imported and exported via tanker ship. 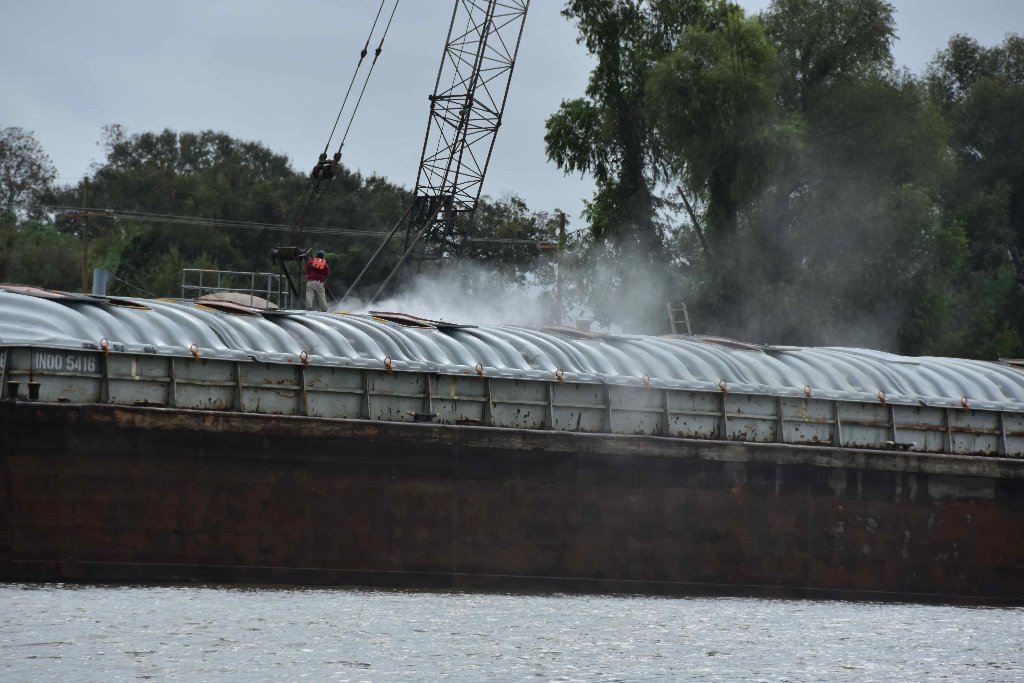 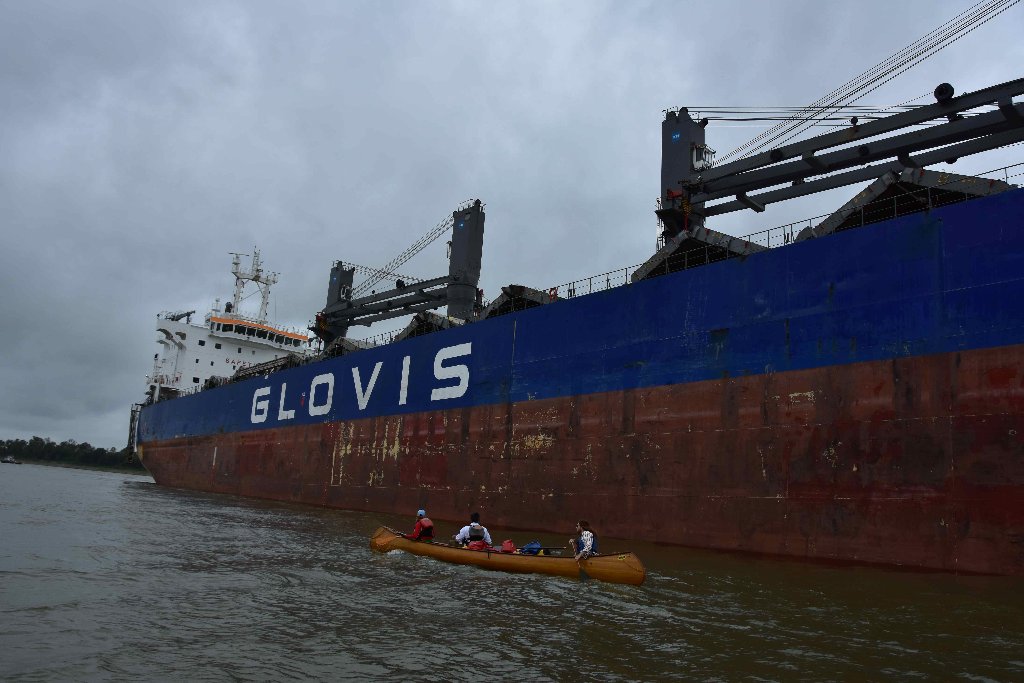 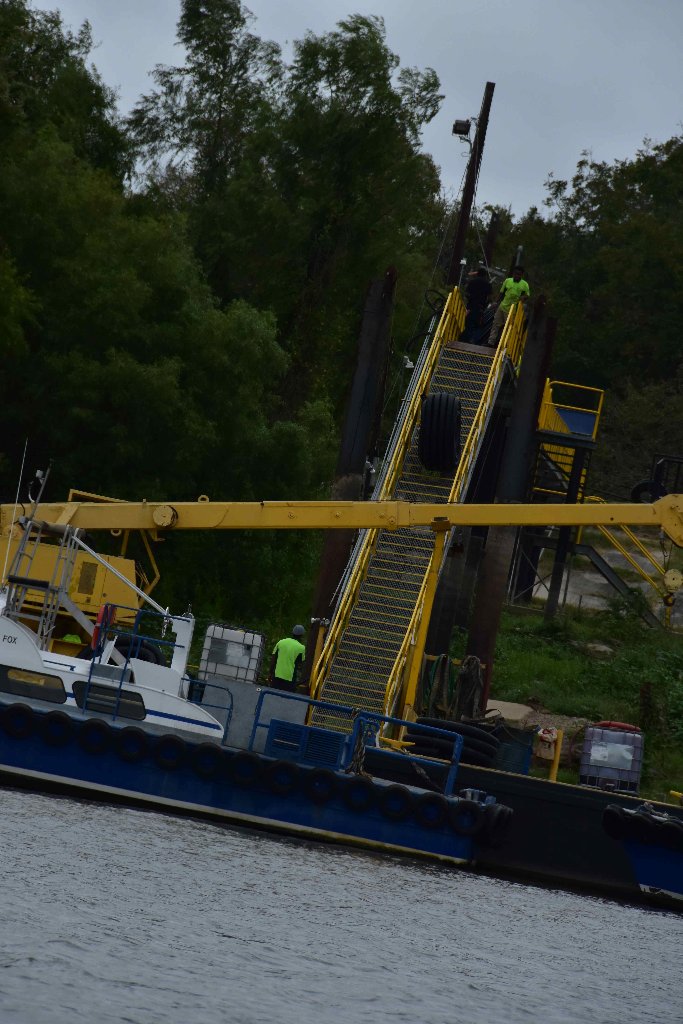 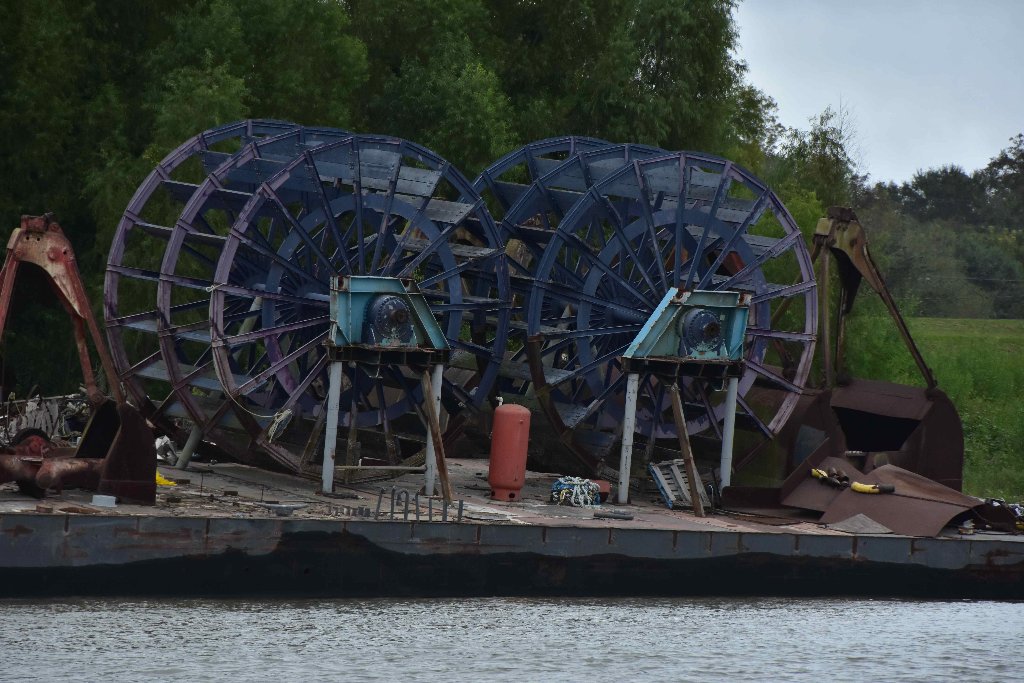 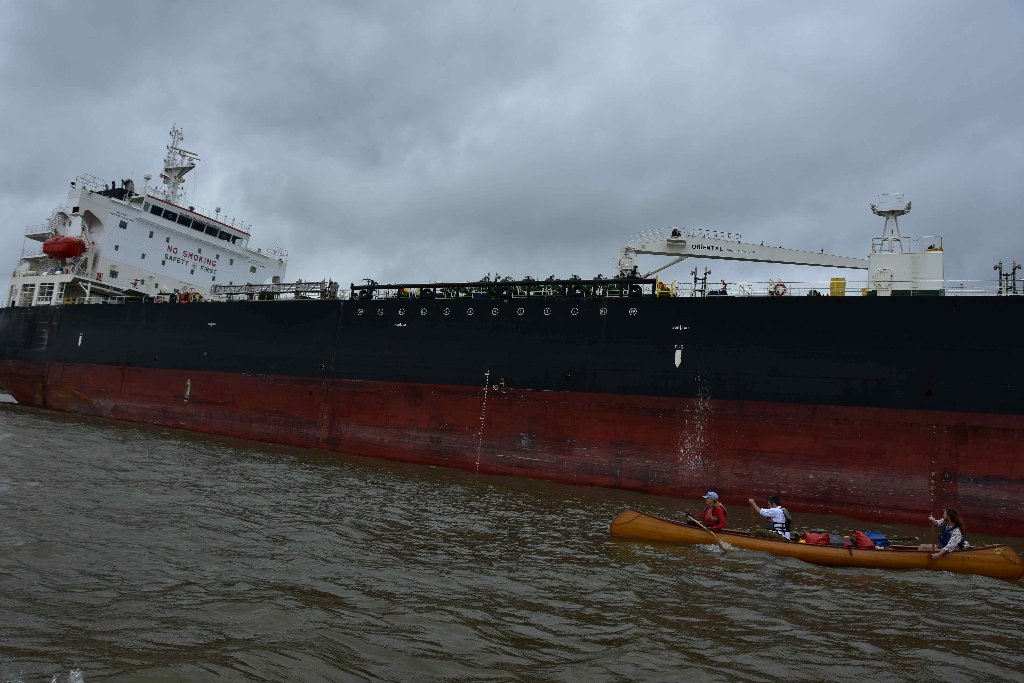 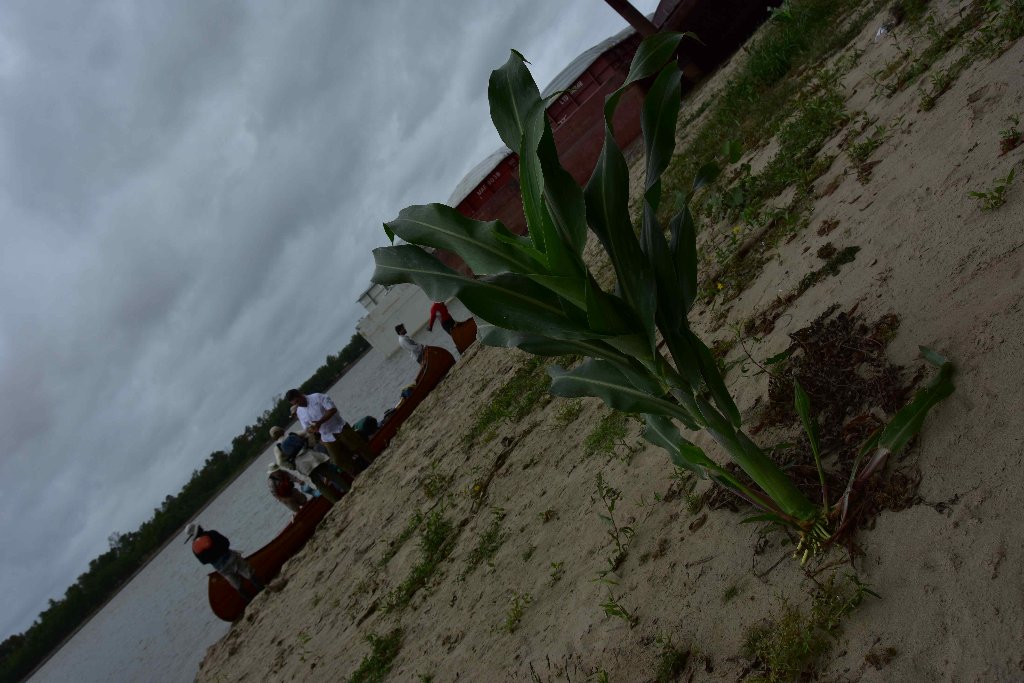 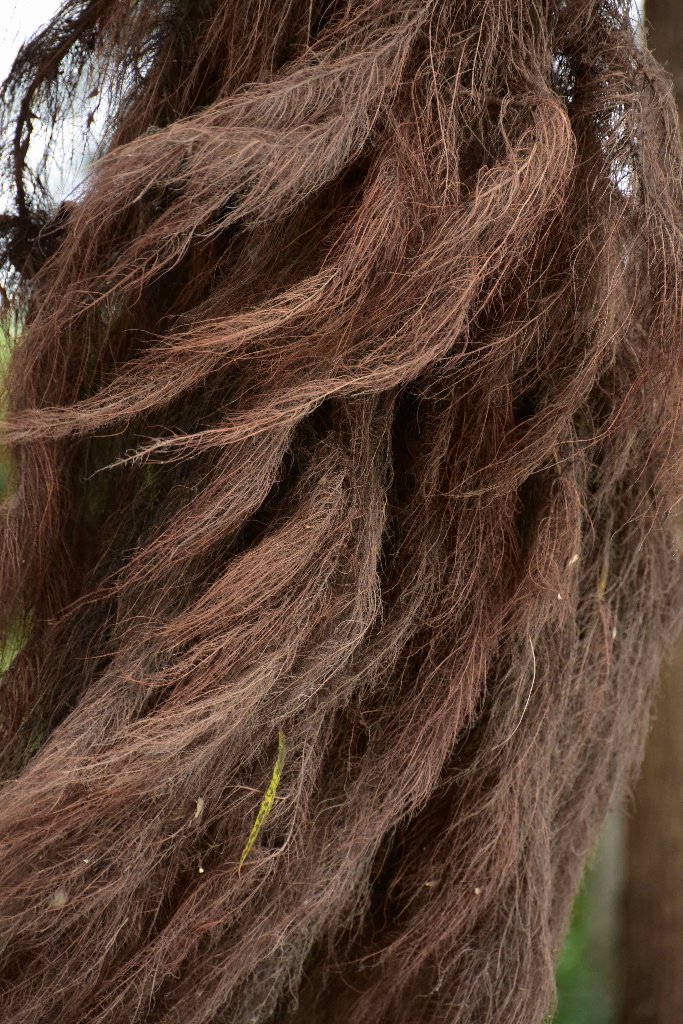 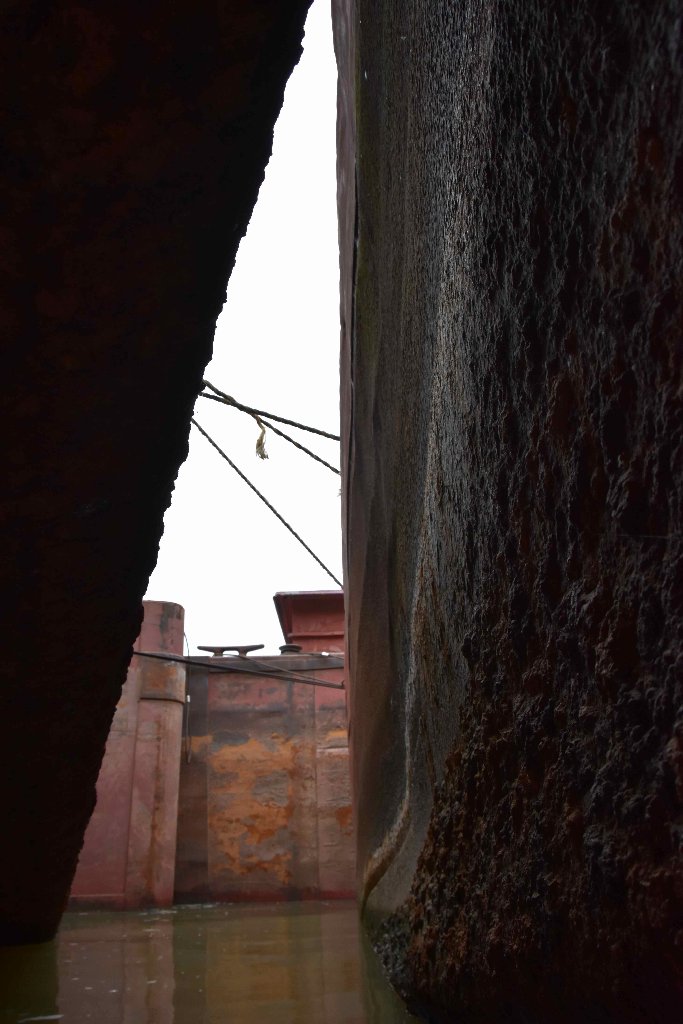 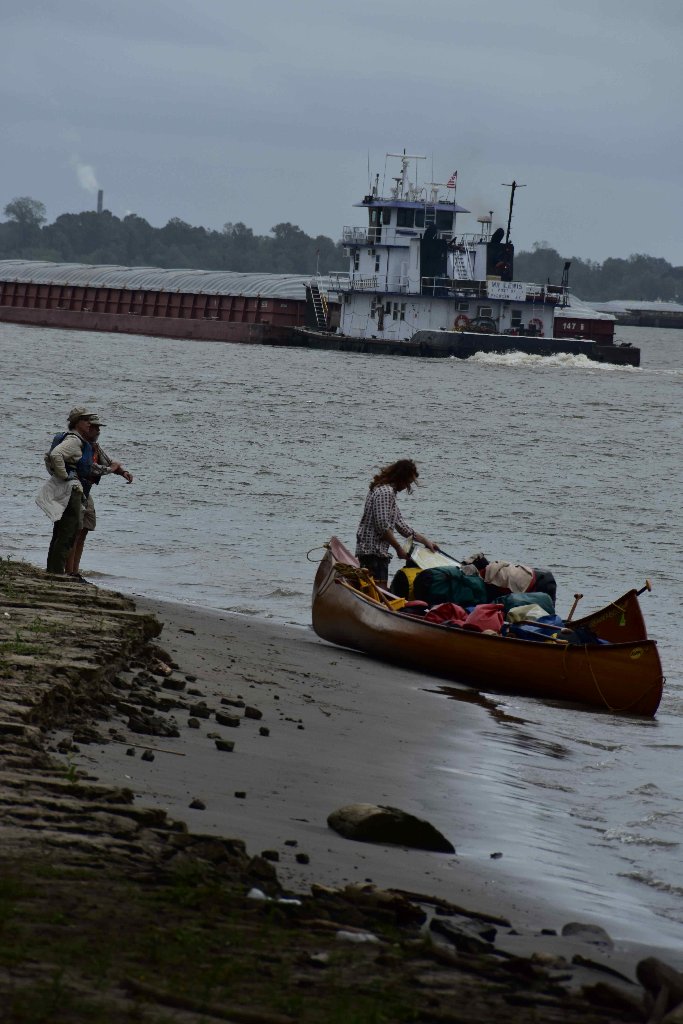 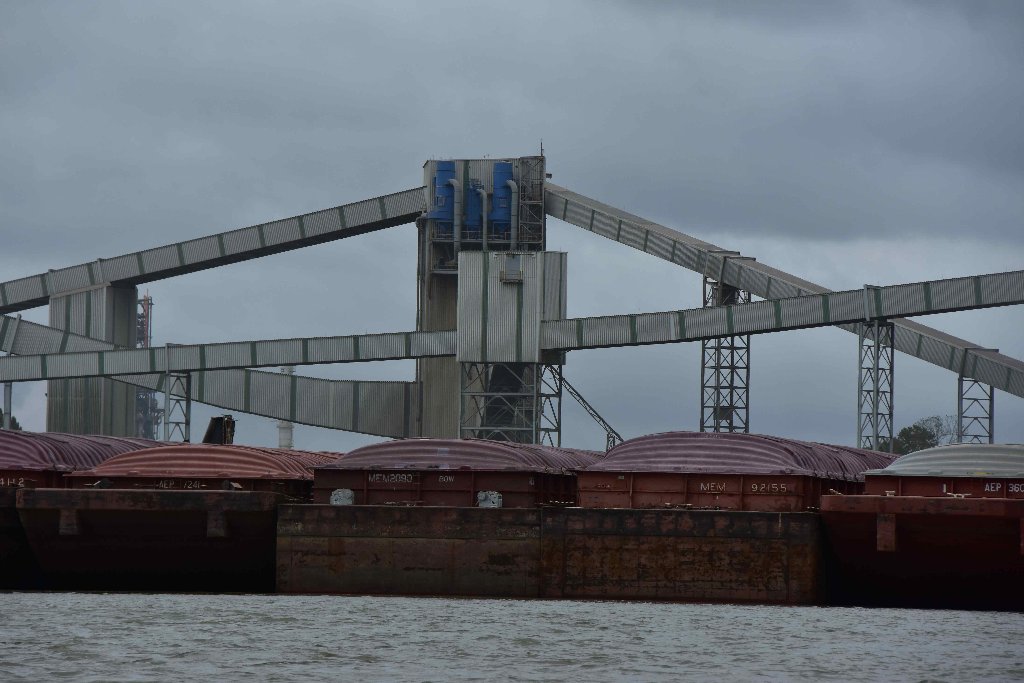 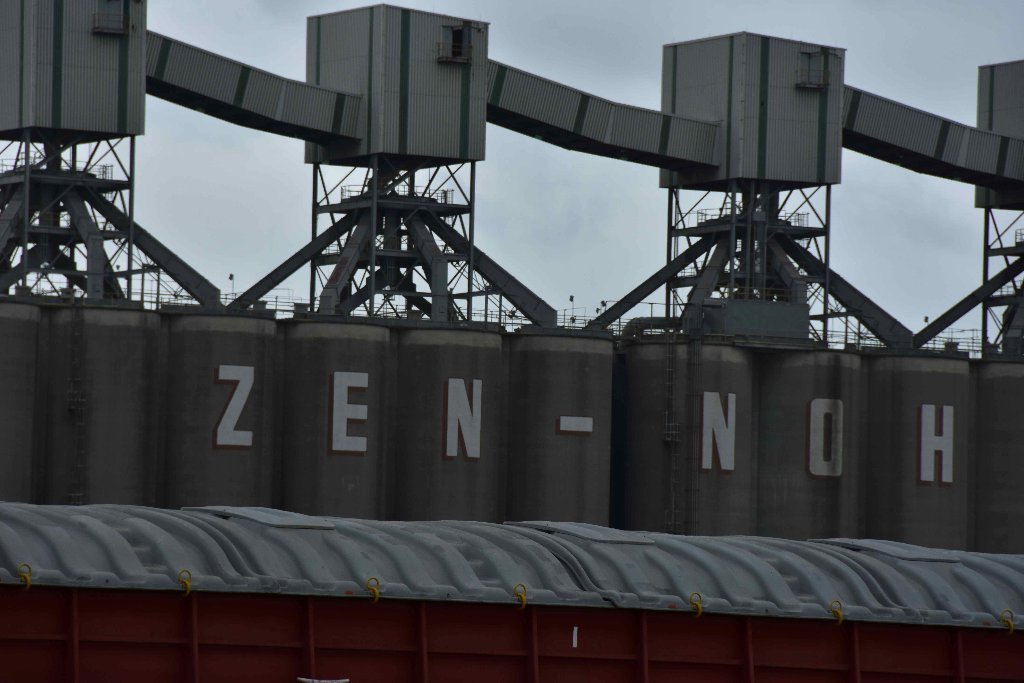 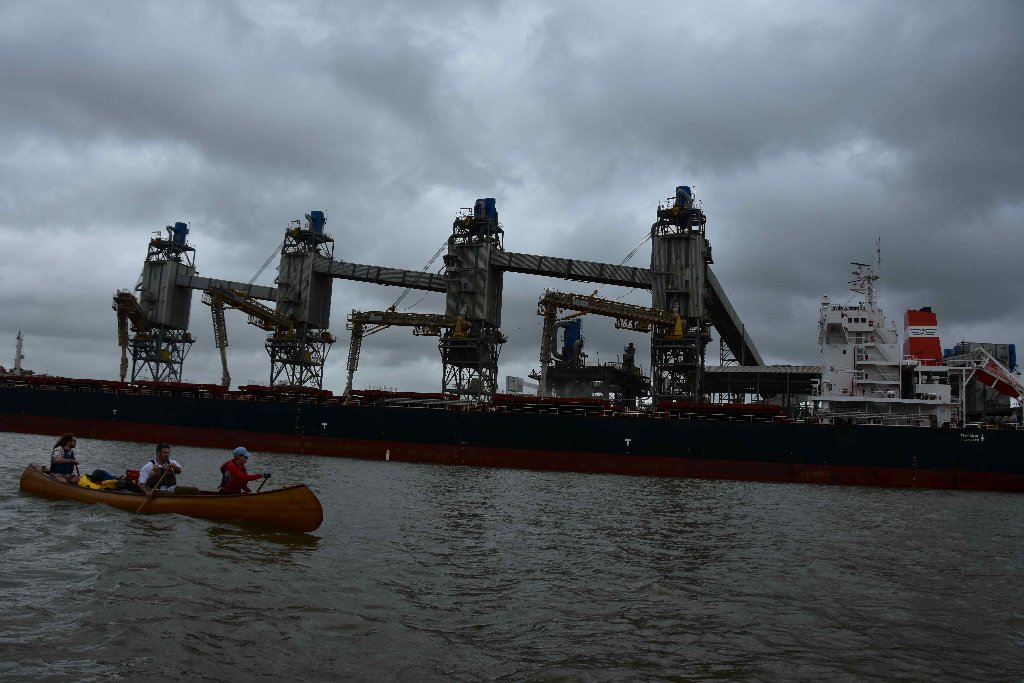