The Chalmette oil refinery was originally built in 1915 on the site of a former plantation. In 2015 it was sold to PBF Energy Inc. and was previously a 50/50 venture between ExxonMobil and state-owned Petroleos de Venezuela. The refinery has a 189,000 barrel per day capacity. Chalmette Refining Toxic Releases (TRI) for 2013 was Air: 446,288 pounds; and Water: 541,523 pounds.

Commissioned in 1968 by Kaiser Aluminum; the plant was built to calcine (heat in rotary kilns) petroleum coke in order to produce carbon that is made into aluminum smelter anodes (electrodes). It has one rotary kiln with 230,000 ton/yr capacity. The facility has a covered 25,000 ton “green” petroleum coke storage capacity. Petroleum coke is the solid granular stuff that is leftover from refining crude oil. This “green” coke is mostly carbon but still has enough leftover stuff in it that it needs to be heated in a rotary kiln (a calciner) to “burn off” all the non-carbon material. Rain CII Gramercy Calciner Toxic Releases (TRI) for 2013 in pounds: Air: 23,456; Water: 749.

Paddlers should watch for ferry crossing here, and also busy traffic in and out of lock, which is less than a half mile downstream. tows will be pushing small loads, from single barges, up to 2 wide and 3 long, for connection to industry and agriculture.

You can lock through into the Algiers canal for access to many choices for public boat ramps beyond. Also, continue on down the Intracoastal Waterway to Morgan City, the Atchafalaya River, and points West — on into Texas. The Algiers Lock and Canal connects the Mississippi River with the Intracoastal Waterway. The lock is 75 feet wide, 800 feet long, and has a controlling depth of13 feet. The 9-mile channel that leads into the GIWW is 12 feet deep. The Lock was opened to navigation in April, 1956. It was constructed by the Army Corps of Engineers to relieve the overburdened Harvey Lock and Canal. Algiers, a highly industrialized area, is strung out along the west bank of the river and is officially a part of the city of New Orleans. For more than a century, Algiers has been a boat-building and repair center. There is a U. S. Naval Base, as well as a U. S. Immigration Station, and a Quarantine Station at Algiers. (Braggs)

Water intake for the City of Meraux, just one of the many cities below Baton Rouge that draws water from the biggest river in North America. We all live downstream. It’s hard to wrap words around that feeling and hard to describe it to people who actually live here because tap water is so nondescript and normal. But I think if one group is going to understand it and be changed by it, it’s going to be paddlers, who have seen all of this stuff. One particularly morbid aspect of this discussion: did any of you paddlers know that there’s no federal regulations regarding funeral home waste? Some states won’t let embalmers drain blood and organs into city sewerage systems, but most states don’t care…. So we’re drinking dead body guts too. Especially downstream of New Orleans, which has one of the highest homicide rates in the nation. But take heart: on the Ganges they burn the deceased on the banks of the river as an accepted sacred practice. This ritual takes place in Varanasi, one of the oldest continuously inhabited cities in the world. Those lacking the means to be cremated simply let their relative’s bodies float off down the river. Millions of people bathe, wash and imbibe the waters of the Ganges downstream of Varanasi. The Ganges is said to be good drinking water, and have restorative effects. Against all reasoning the river seems to be self-rejuvenating. The Ganges cleans itself as it flows along towards the Indian Ocean. The same must be taking place along the Mississippi River, which seems to maintain its relative health all the way to the Gulf of Mexico.

The neighborhoods on the east side of the City of Chalmette abut the Valero Petroleum Refinery and the Murphy Oil petroleum storage facility which share a large industrial footprint. Residents had become accustomed to the odors and noise of the facilities. Then during Hurricane Katrina, floodwaters that overtopped the levees floated a huge oil storage tank 33 feet off of it’s foundation at the Murphy Oil facility. Over 787,000 gallons of oil spilled from the tank into six square miles of adjacent residential neighborhoods. Polycyclic aromatic hydrocarbons (PAHs) and petroleum related organic chemicals were found in residential soil samples. Murphy Oil purchased and tore down 365 homes to create a buffer zone around the facility leaving large vacant areas in the eastern part of the city. (Paul Orr)

The Meraux refinery was originally constructed in the 1920’s. It is situated on 550 acres. The refinery has a capacity of 135,000 barrels per day and the processes include a 34,000 barrel-per-day (BPD) hydrocracker, 41,000 BPD high-pressure hydro-treater, 12,000 BPD DAO hydro-treater, 21,000 BPD ROSE and 38,000 BPD fluidized cat cracker. The refinery produces primarily gasoline and distillate, but also petrochemicals, LPG, fuel oil and other materials.

There is a low shelf of sand below Murphy Oil docks, maybe good to stretch your legs or get out of the wind and waves for a minute. But you will not want to camp here for all of the foul aromas wafting around this section of river. Keep on downstream to Twelve Mile Point or Shingle Point.

Ten miles below New Oleans you will leave the intense concentration of wharves, docks and refineries behind for the return of tree-lined banks and deep forests on either side. This is the return of the “river illusion.” A quick look at Google Earth will show you that even though this area is inhabited by a few neighborhoods and pockets of industry, it is mostly deep woods. This big chunk of intact floodplain takes on even greater value by its proximity to the city of New Orleans. From river view (eg: the seat of your kayak or canoe) it looks and feels like a return to the open waters and big woods of the Mississippi that you have grown accustomed to before Baton Rouge. The river makes a 270 degree bend around a huge bulge of land below the Algier’s Canal we are calling “Poydras Point” for lack of better identification. Poydras Bend resolves into English Turn Bend and makes a tight turn in excess of 90 degrees around Shingle Point. Within this big green space you will find the best camping below New Orleans at Twelve Mile Point or Shingle Point. Sandbars are formed here in low water, below 8 NO gage. There is a public boat on the West Bank near RBD mile 78. Navy jets fly overhead from nearby Belle Chasse Naval base. Some points of interest over the river bank include a Buddhist Meditation Center, Plantation Athletic Club, Life Ministries, Docville Farm, and an artist’s retreat called “A Studio in the Woods.”

As you’re paddling around Poydras you might notice a tall four or five story building peeking out over the levee in an unusual place. This is Docville Farms, under the direction of the Meraux Foundation. Docville is a 132-acre site designated for educational and community events in St. Bernard Parish, LA, and is surrounded by miles of woods & wetlands. Unfortunately the bank here is all rip-rap and there is no easy landing.

You can find dry ground here in low water (below 10 NO gage) due to a major dredging operation in 2012/13. This surprisingly beautiful and wild-feeling location was created by the off-pouring of sand and mud from a channel dredge. You will find some open sandbars mixed with shallow pools, willow forests in between, and higher woods behind. Coyote, deer, raccoon and beaver tracks attest to the wildlife, but be wary of 4WD access also. 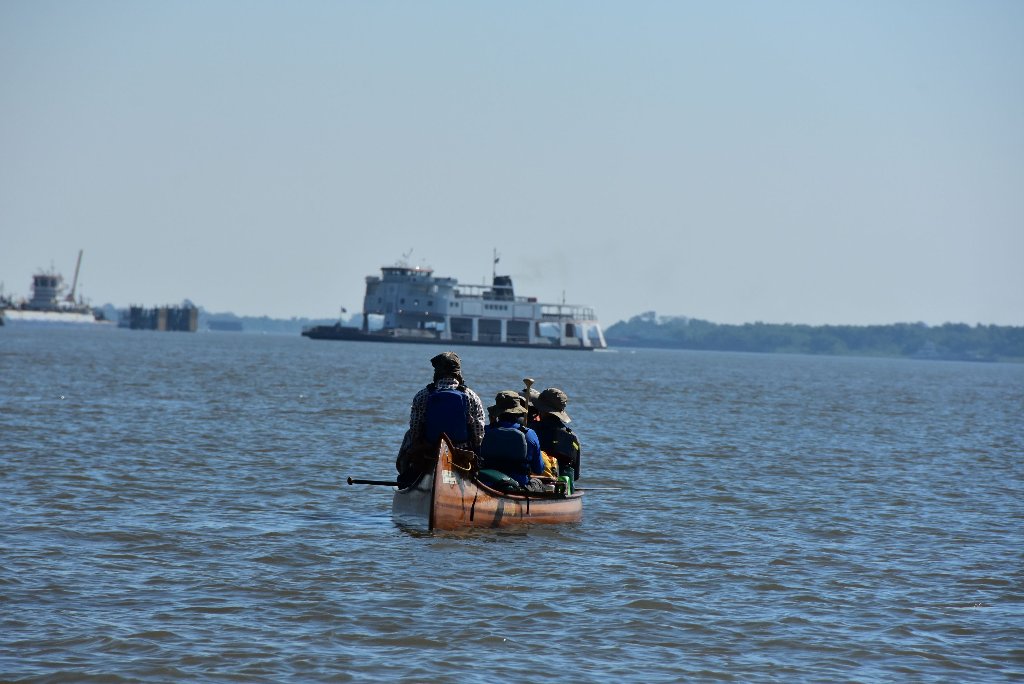 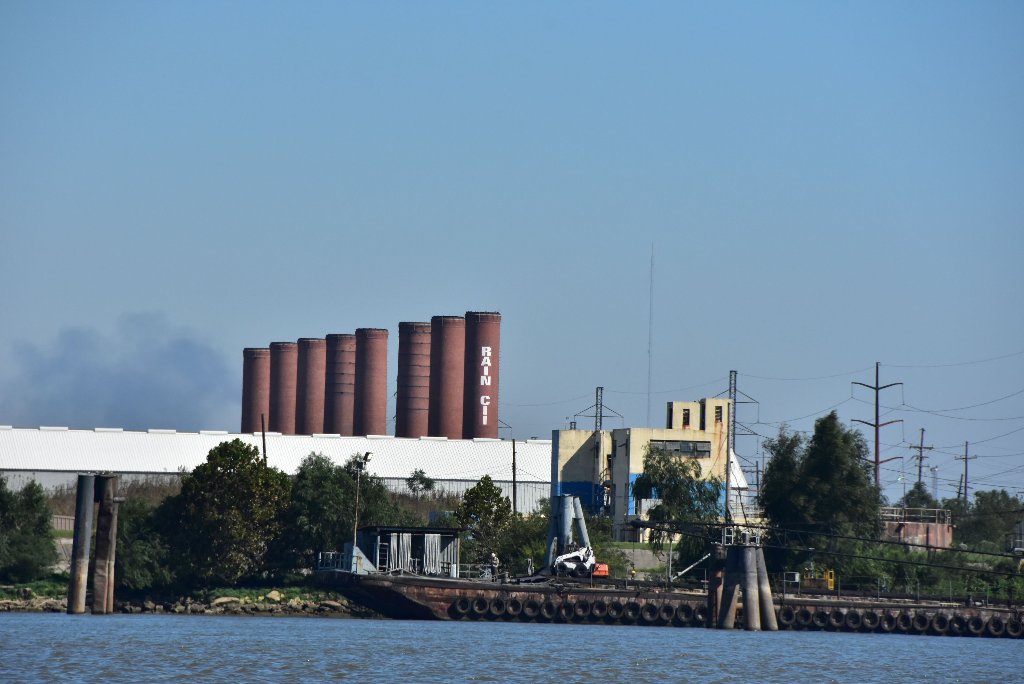 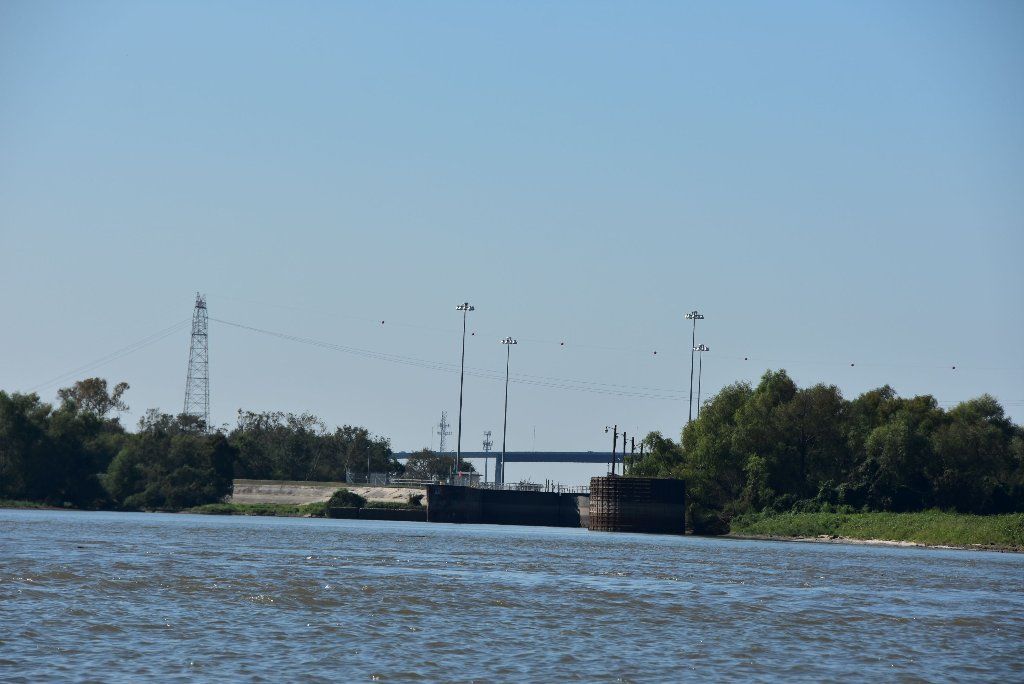 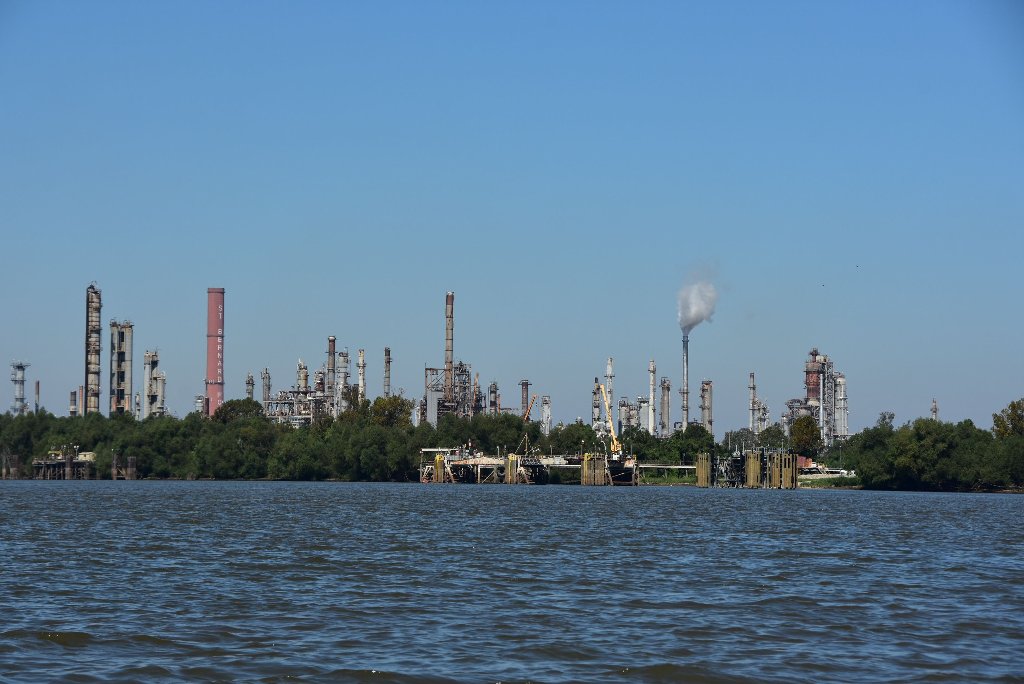 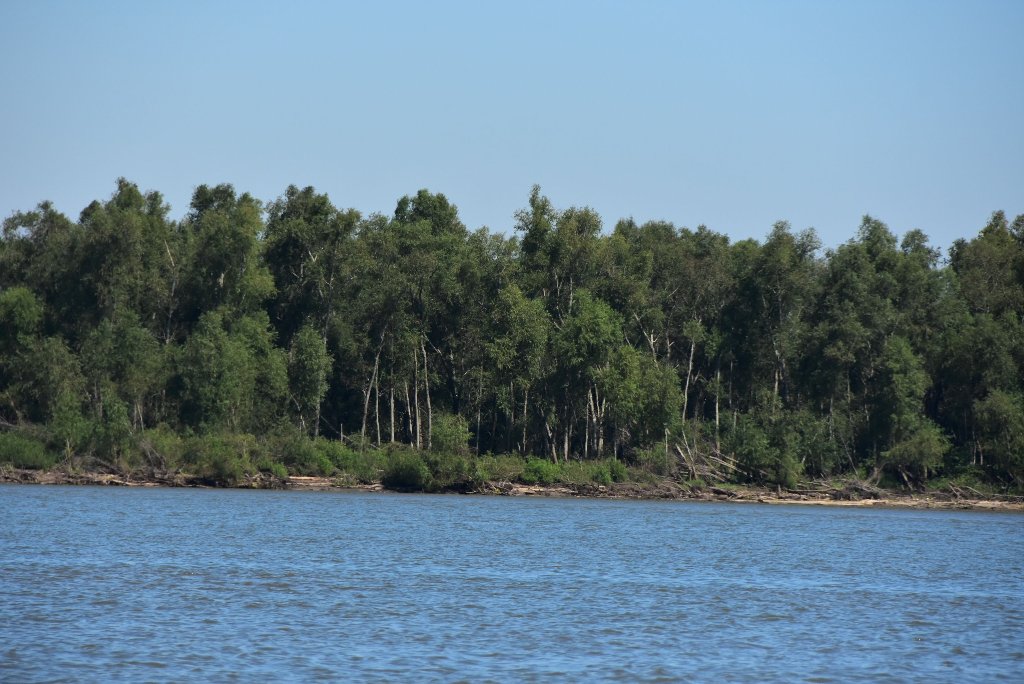 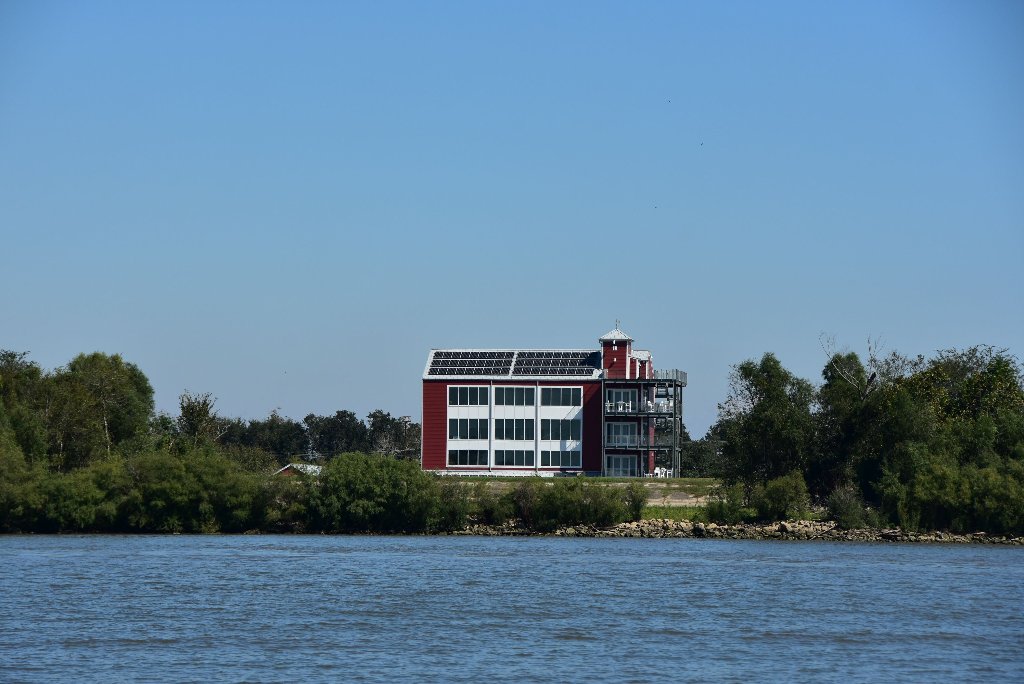 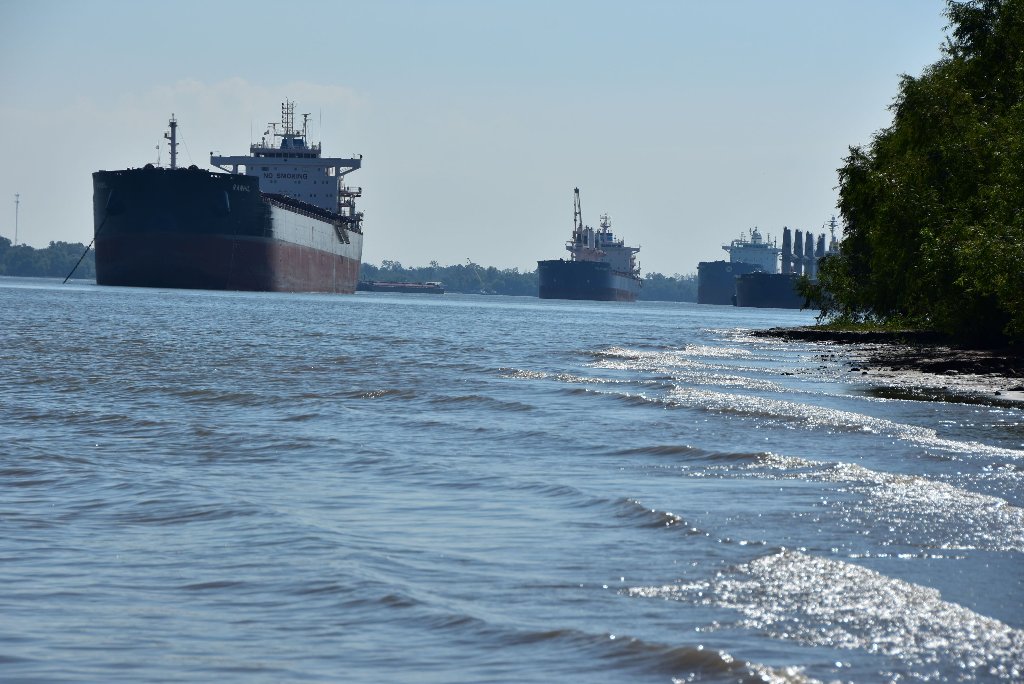 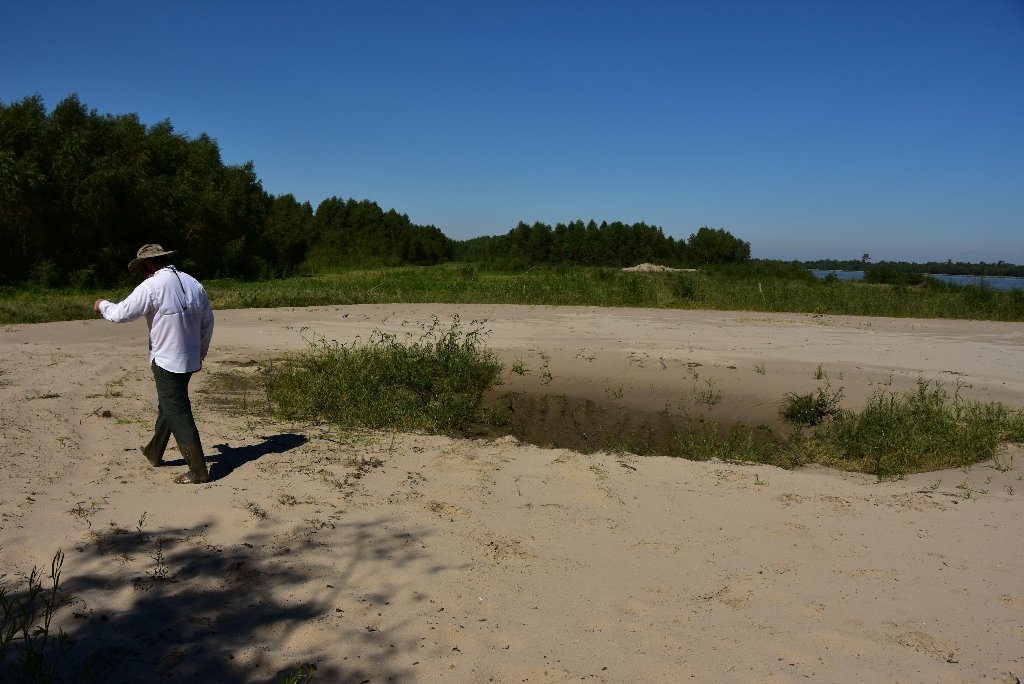 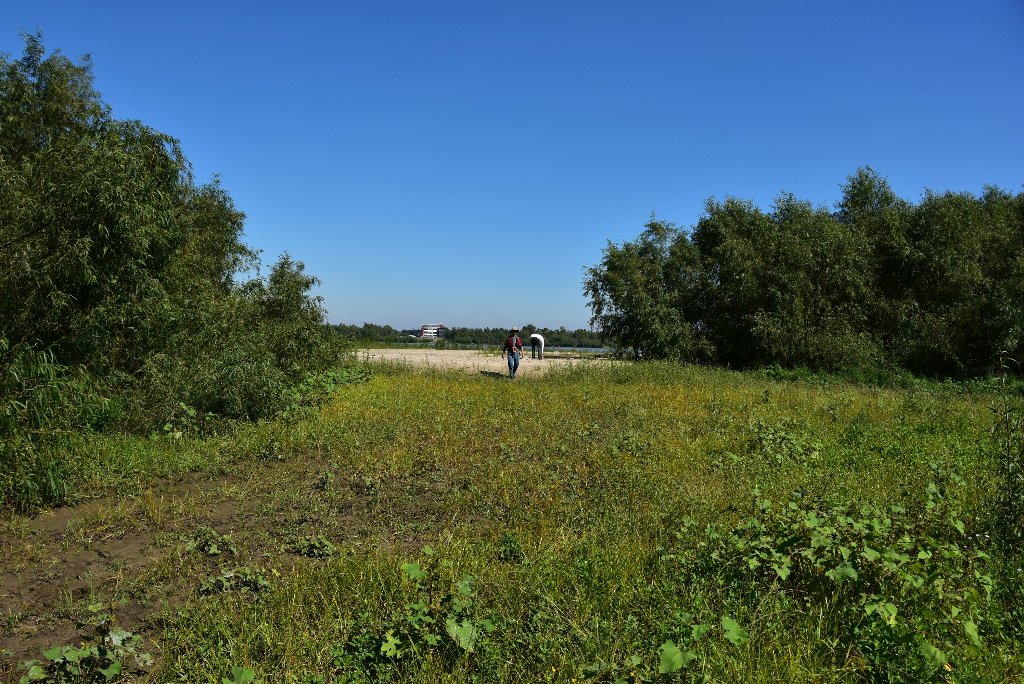 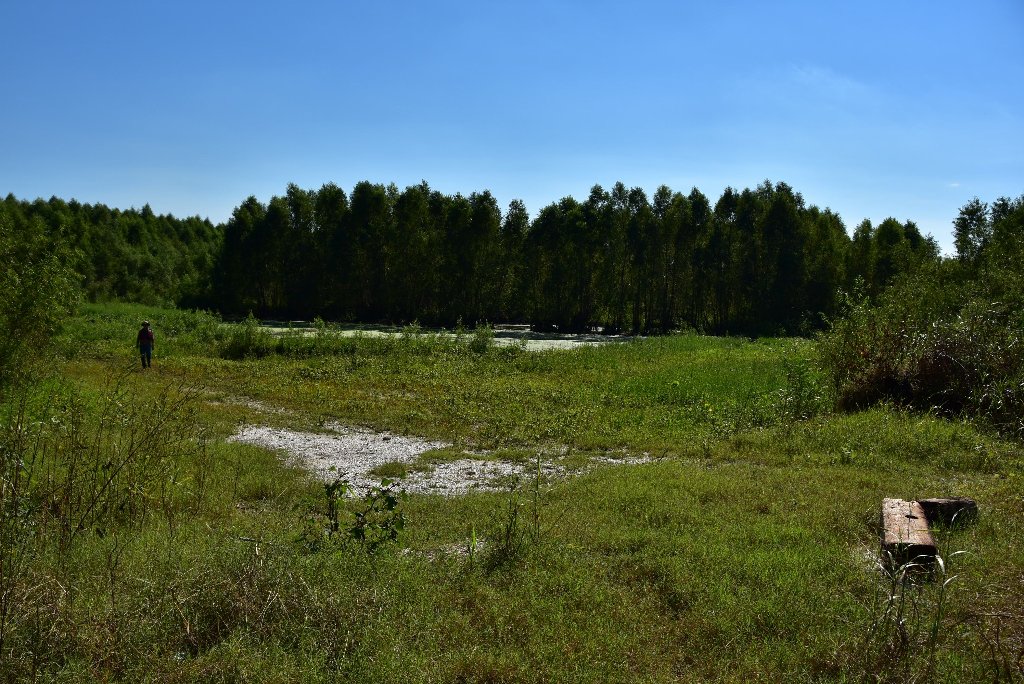 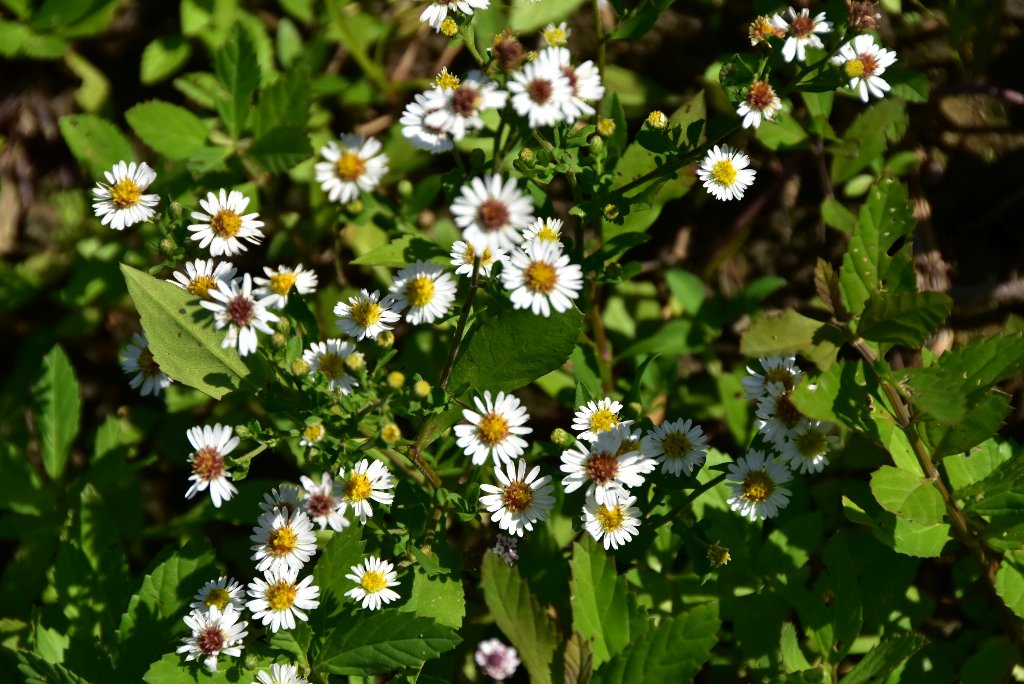 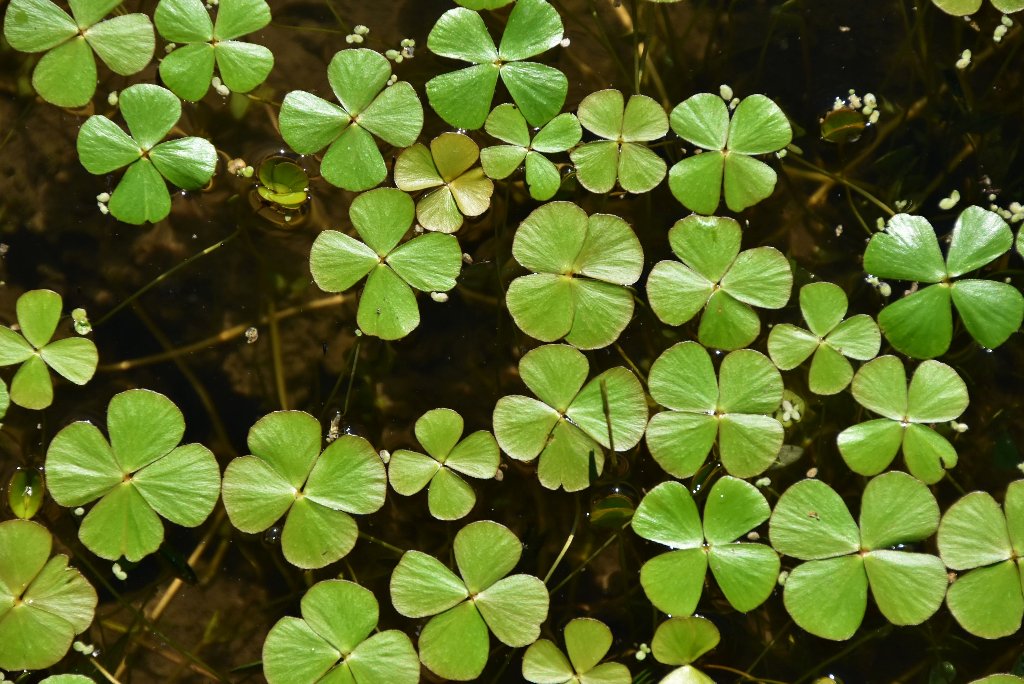 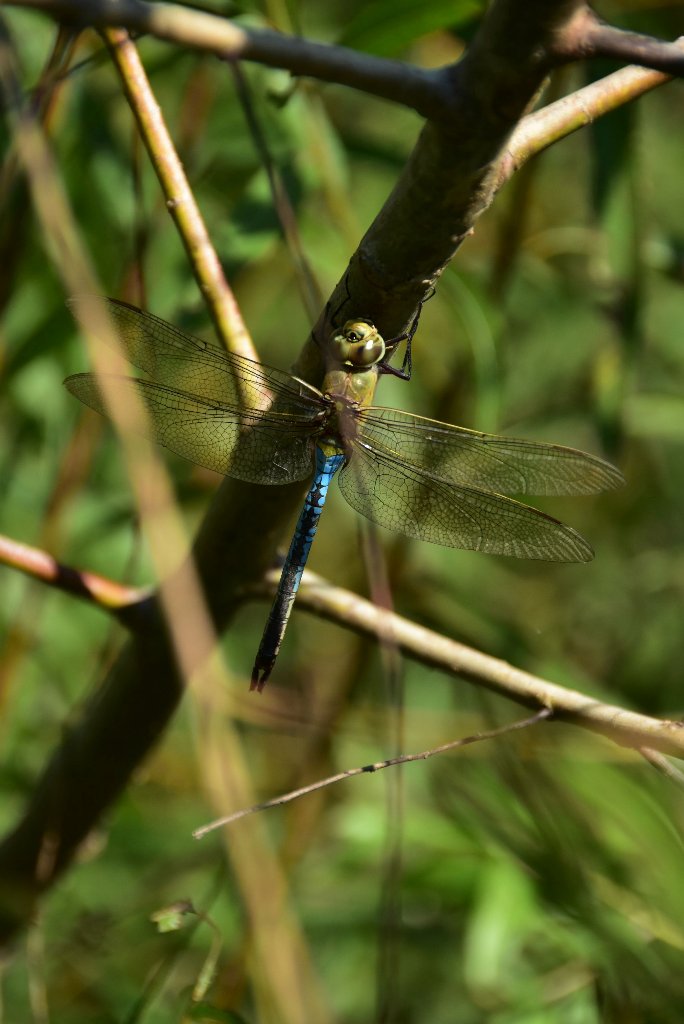 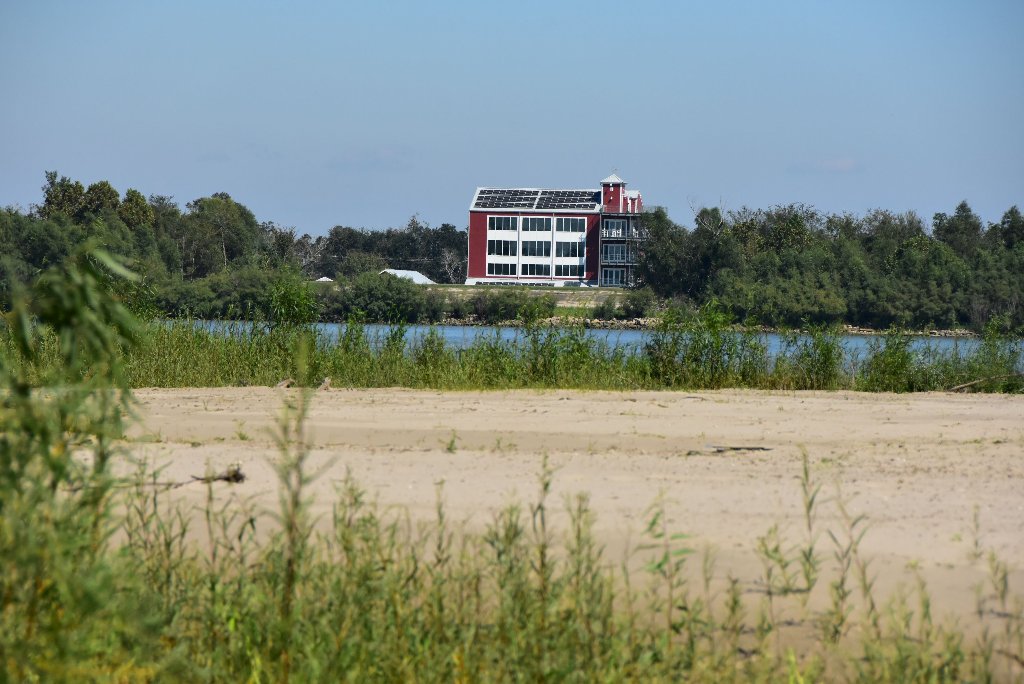