Kind of like the false summit on a big mountain, 26-Mile False Point surprises paddlers who think they have reached the turnaround of the big bend here only to find there is more coming! This actually happens at every point along the Lower Mississippi, and furthermore around every island. Everything is so big, and so over-blown in the proportions most people are used to paddling through, that the feeling is just like the feeling you get climbing big mountains. We call this the “False Point” effect. Paddlers will find a low, narrow dune here perched above the rip-rap in low water (up to 10 NO).

The three-mile bend of the river around Good Hope, Hahnville, 26-Six Mile Point, and Dufresne offers a moment of breathing room from the bankside chaos at Norco/Hahnville. The industry falls back, and the lines of big trees return. This Chem Corridor Greenspace is lined by healthy forests, which are in turn protected from bankside incursions by healthy wetlands on both sides of the river, the widest found on West Bank between 124 and 123 RBD. Best stop place for picnicking, and the best camping in this stretch, is below Dufresne 123 RBD. See below for description.

There are a few good landings (and good campsites at low water) before Chemical Corridor closes its grip again around the river within the Luling/Destrehan/St. Rose Industrial Reach. A narrow sandbar good to 10NO is found around 123.7LBD, and then a broader sometimes sandy, sometimes muddy flat emerges below the levee as the river drops below 8NO at 122.7LBD, but sometimes hidden behind barge fleeting from ARTCO Tulane. This flats is the old Ormond Landing, leading to the Ormond Plantation which is located just over the levee from this landing at Twenty-Six Mile Point (see next entry fro description). Other points of interest accessible from Twenty-Six Mile Point: The Fatty Shack restaurant is on River Road north of landing, and just beyond is the “Friendly Quick Stop” convenience store.

The plantation house at Ormand is believed to be one of the oldest still standing in Louisiana. Its central portion is framed in cypress timbers, mortised and pegged, and the frame filled with a mud, moss and brick mixture, lathed and stuccoed over. This is the oldest type of construction found in Louisiana, and indicates that the house was built before 1790. Two brick wings appear to have been later additions to the house. Just below Ormand plantation was an old building that had served as a river landmark from 1806 to 1930. German settlers in the area had built a log church on the river bank in 1740, and in 1806 had replaced it with a neat frame building. They painted the church red, and the steamboat pilots called it “Red Church.” When the Red Church was found to be riddled with termites in 1930, it was demolished and replaced by a new brick one. A statue of St. Charles, more than 100 years old, was taken from the old church and is still in use in the new one. (Braggs)

Good low/med water picnicking/camping up to 12NO with good protection from S wind and W wind or storms.

An unusual collection of sand dunes and one lengthy sandbar can be found at low and medium waters around the outside edge of Twenty-Six Mile Point from a low bar height at its upper end beginning around RBD 124 and rising to its highest prominence in a large dune at low water, that should provide room for camping up to around 12 NO gage. At 123 RBD, directly behind the channel crossing mileage sign “123” there is a clearing which extend to the levee, providing easy access to the land if needed. Great campsite in a tropical-feeling location (in low/med water conditions) with leafy willows luxuriantly spreading over the sun-drenched beach sand, and elephant ears and flowering plants in the bankside behind.

Paddlers could make landing on a small sand dune here below the town of Luling for a picnic site, or possibly camping. Dry up to 10NO gage. Or stash your vessel and climb over the levee to access the Ramada Inn behind (with a nearby Sushi Bar).

The monumental cable-stay Hale Boggs – Luling Bridge is constructed of thousands of titanic plates of 1” steel, purposely let to rust, that gives the bridge its signature color of clotted blood. I-310 crosses here from Destrehan to Luling, and making easy access to I-10 and US 90 beyond. The cable-stay design makes for a gaping mouth of a center span of 1200 feet, hundreds of feet wider than what would be possible using the traditional steel truss design.

The best resource available online about Mississippi River bridges, John Weeks, offers a good description: The Hale Boggs Memorial Bridge, also known as the Luling Bridge, was the first major cable stayed bridge to be built in the United States. The bridge is somewhat unusual for a cable stayed structure in that is has very few stay cables. In addition, the deck is built like a box girder, which is a much more robust structure than typically seen on suspended bridges. The Hale Boggs bridge is a large structure. The entire bridge has nearly two miles of elevated structure (10,700 feet). The suspended spans include a 1,200 foot span over the river navigation channel, plus side spans of 495 feet and 508 feet. Add in two approach spans, and the large steel box girder structure is 2,744 feet long. The bridge towers soar 400 feet into the air, with the deck having 155 feet of clearance between the sea-level water and the low bridge steel over the navigation channel. The bridge at Luling is supported by 72 stay cables. They are arranged in 24 groups of either 2 or 4 cables. Each tower has 12 groups of cables, 6 groups on each side of the bridge deck. The stay cables are woven from 1/4-inch diameter wire. Individual cables have between 103 and 307 strands of wire. The cables were then coated with a protective polyethylene layer that ranges between 1/4-inch and 1-inch thick. This structure is not without its problems. Early on, it was noticed that the steel in the towers was rusting much faster than expected. This turned out to be a combination of a very humid environment coupled with poor airflow inside of the towers. Later, it was discovered that the protective coating on the stay cables was failing, which allowed water to seep into the cable bundles. This caused the cables to corrode in a location that could not be fixed. As a result, an estimated $20-million to $30-million will be invested in the bridge in 2009 to replace the stay cables, the first time such a project has been attempted in the US. Hale Boggs was elected to the US House of Representatives from Louisiana in 1940. He was instrumental in passing legislation that created the interstate highway system. While serving as the Majority Leader in 1972, the airplane carrying Boggs and Congressman Nick Begich disappeared over Alaska. The aircraft was never located. Boggs was declared dead in 1973. (John Weeks) 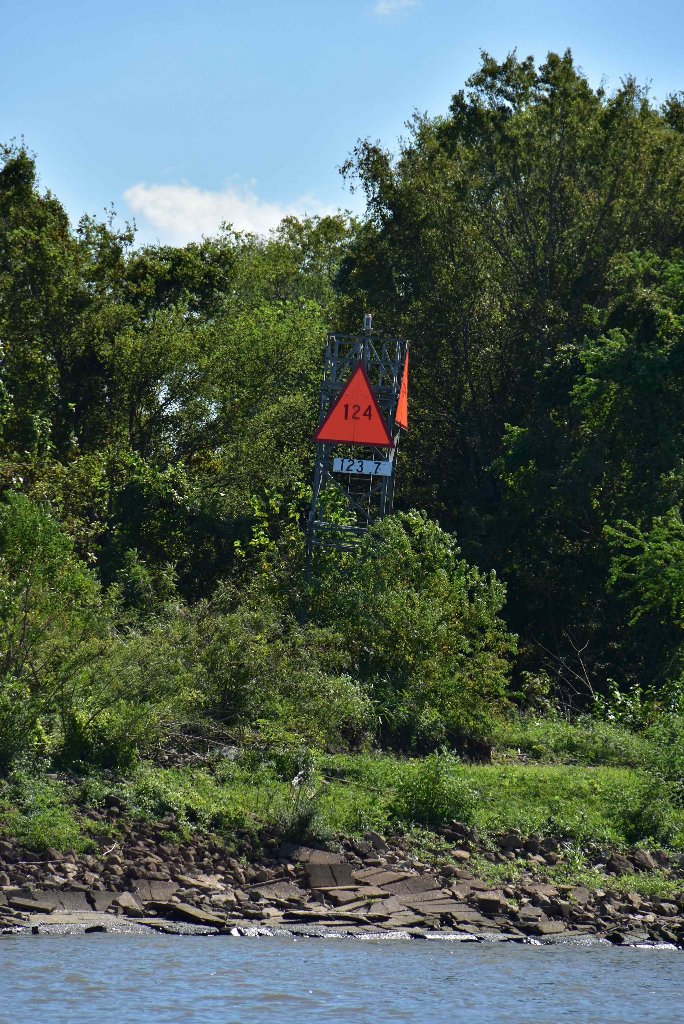 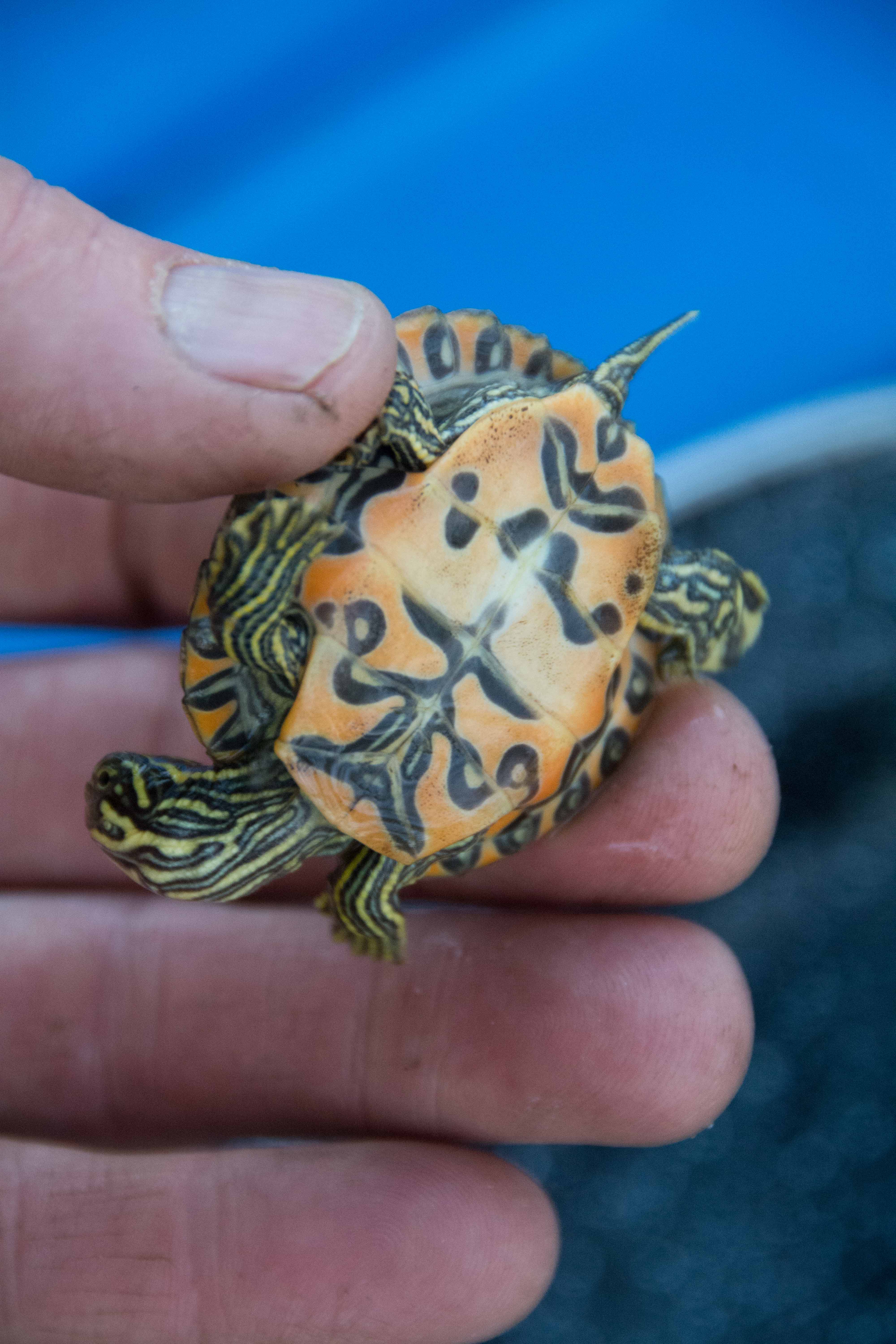 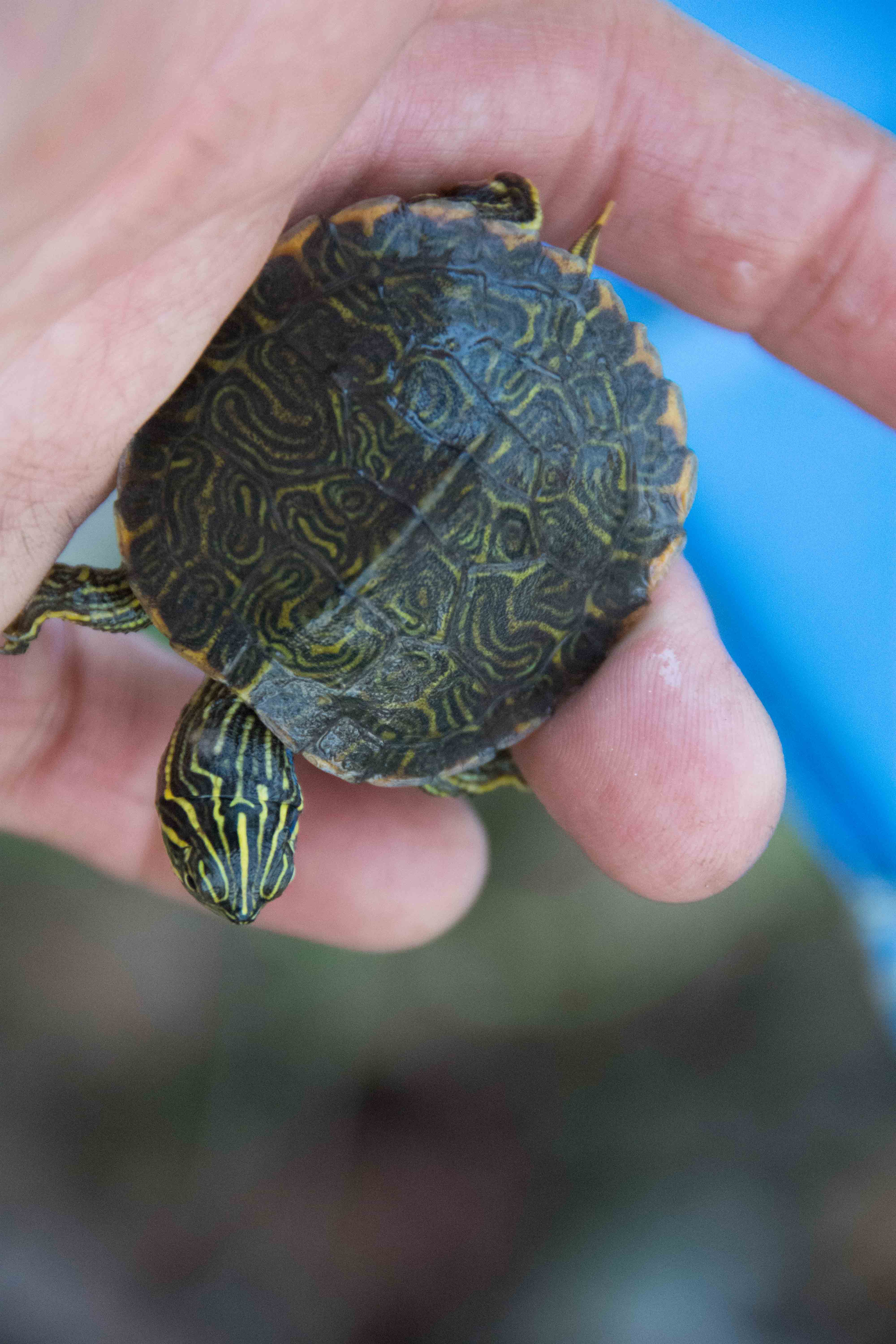 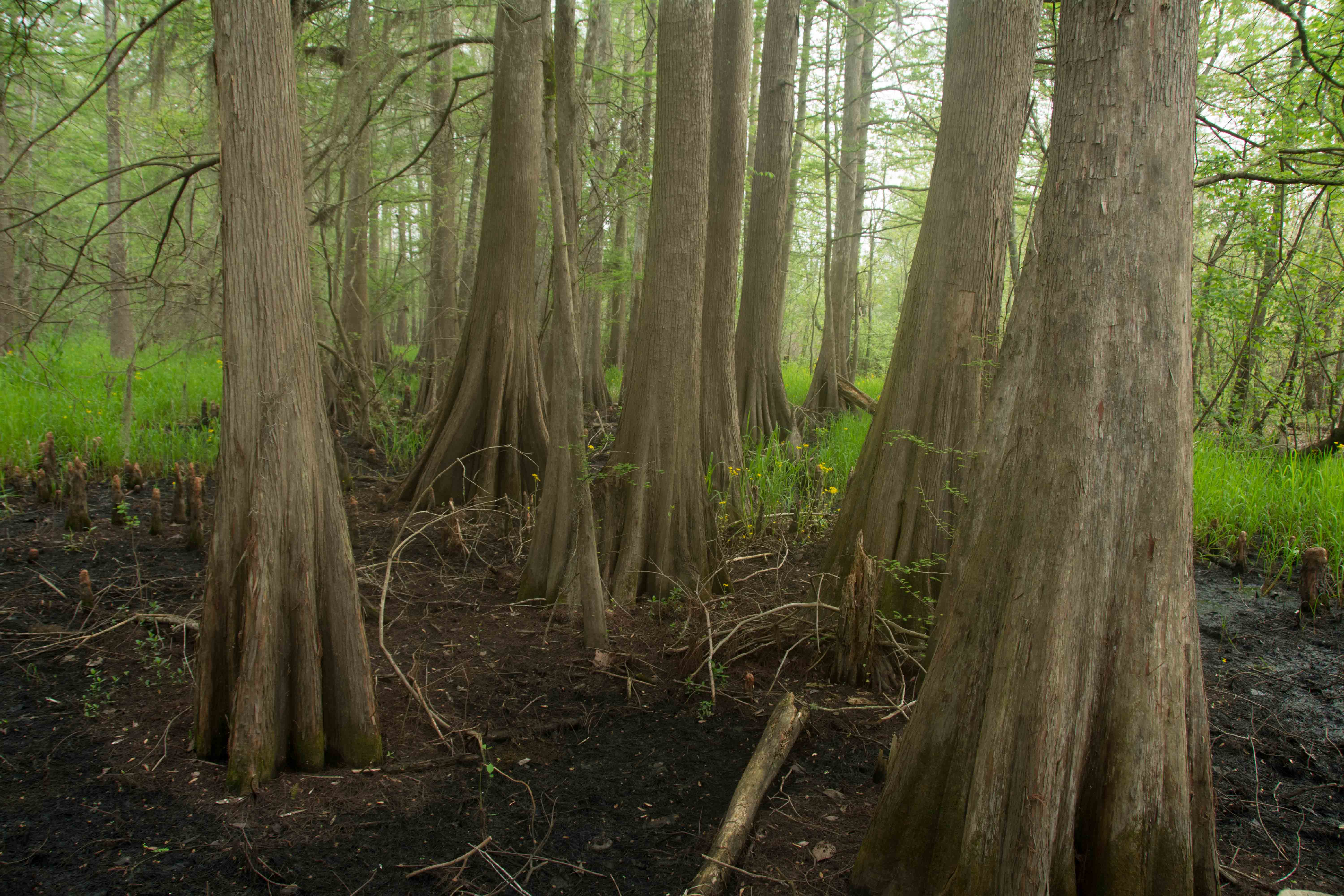 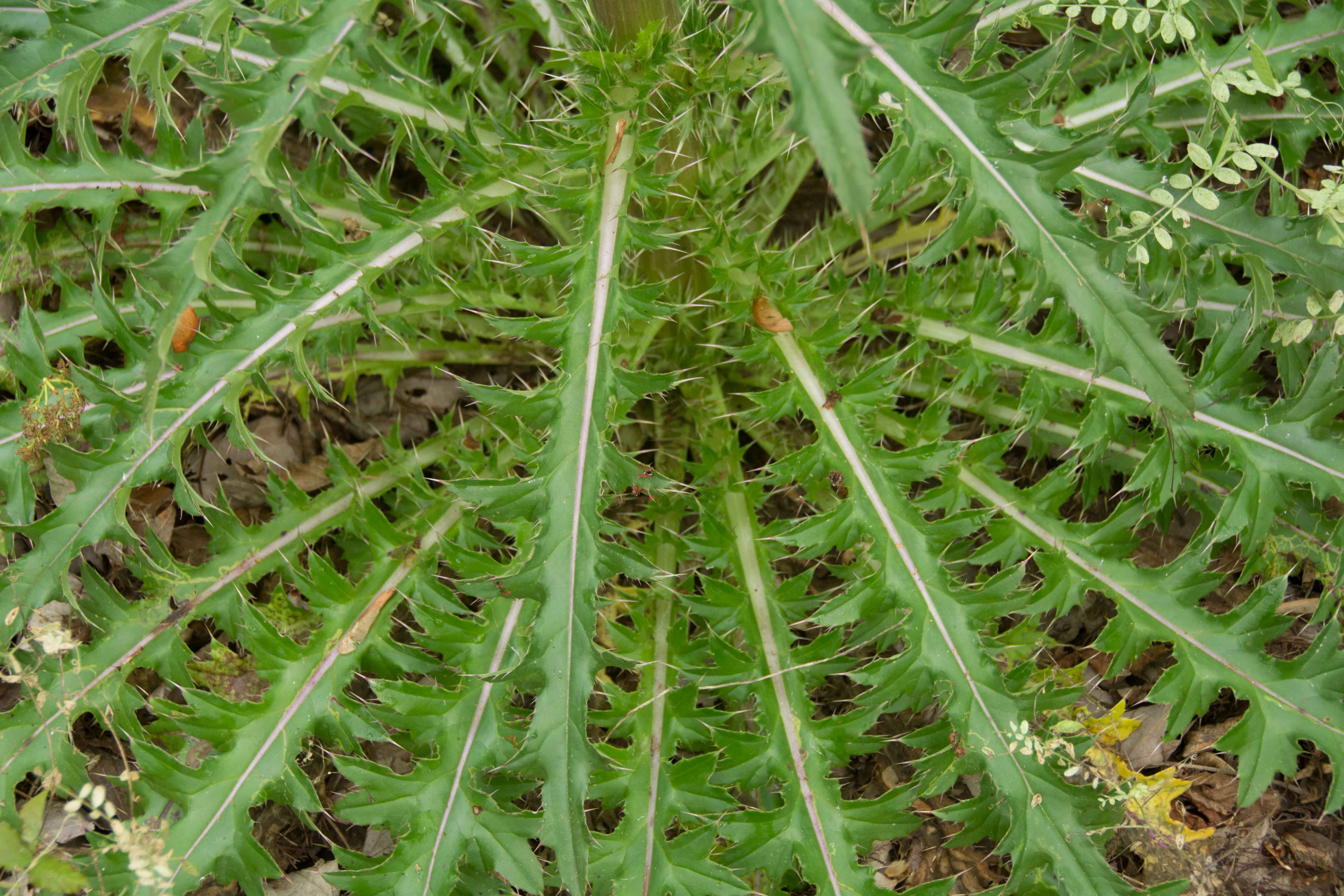 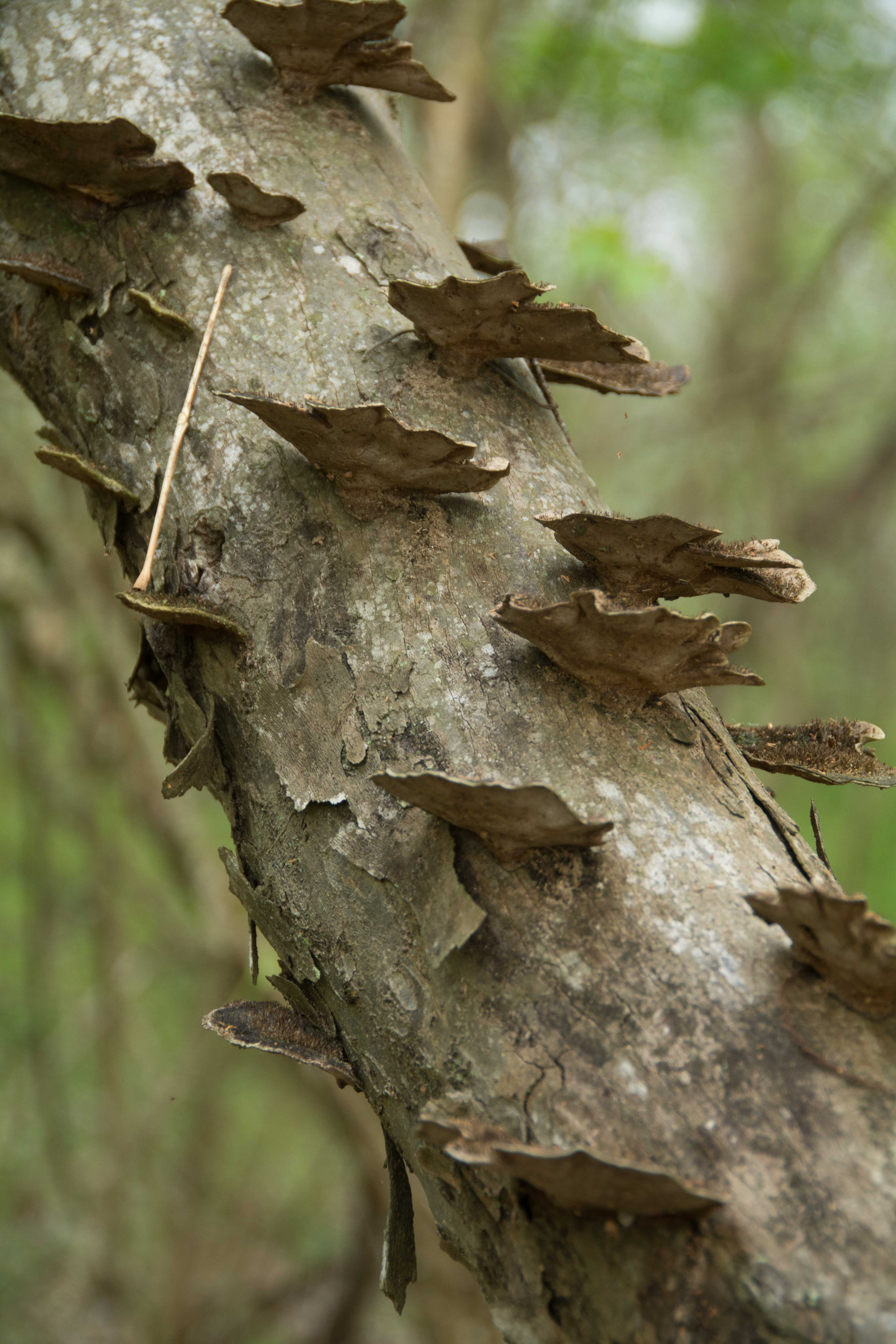 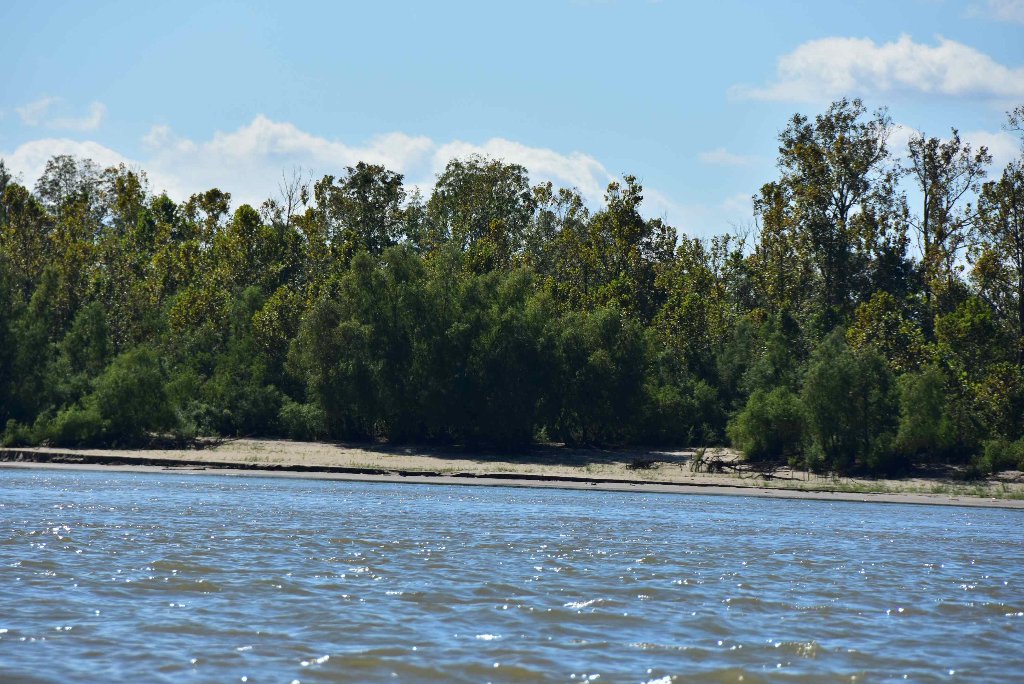 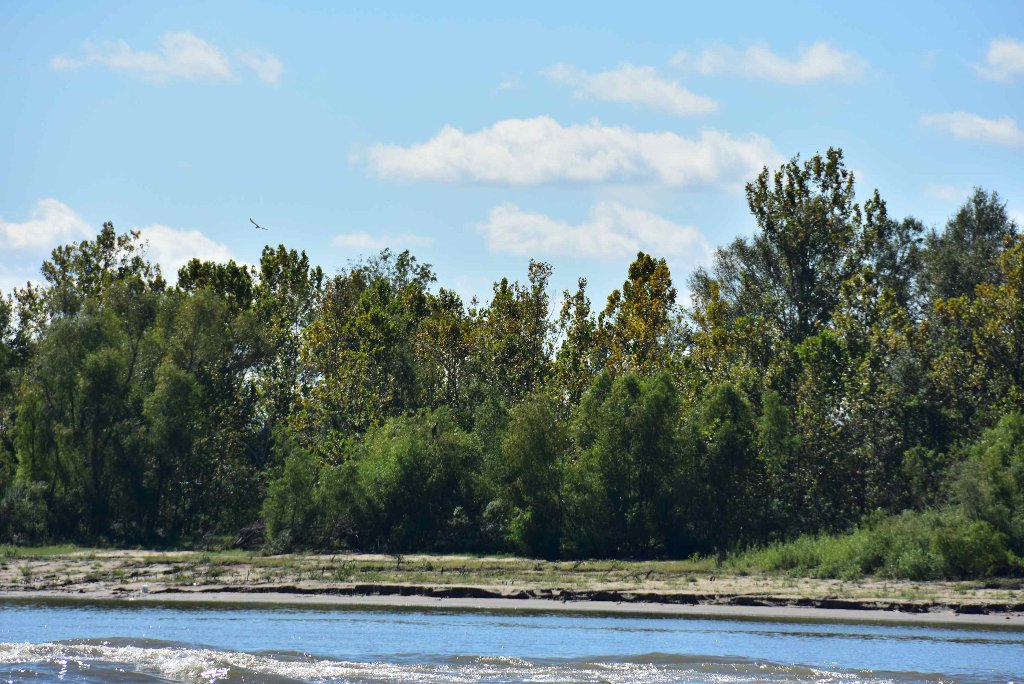 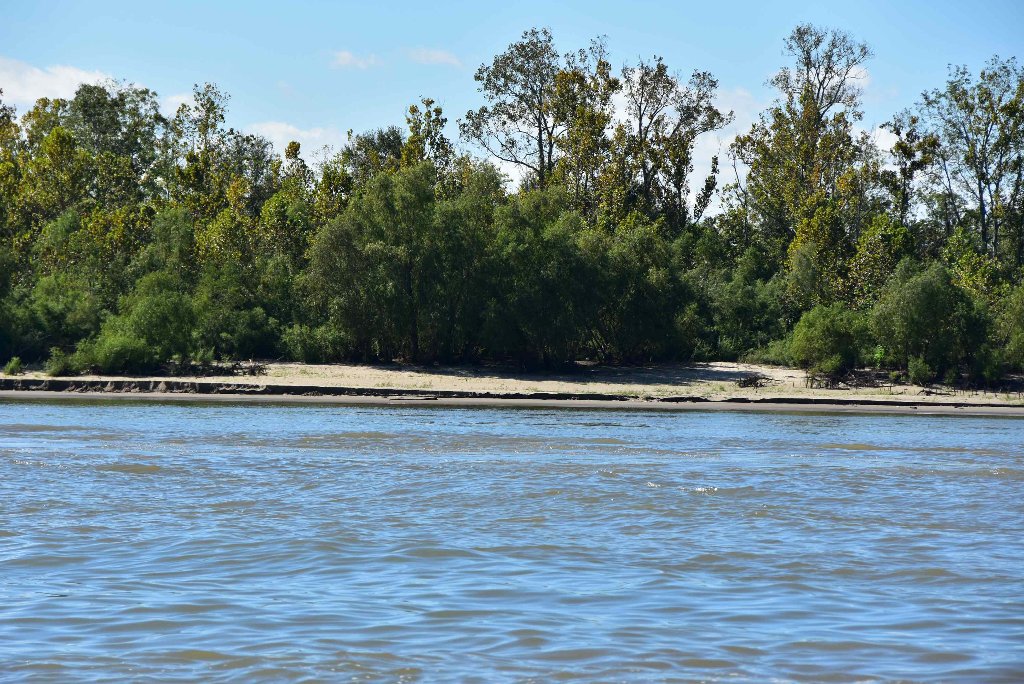 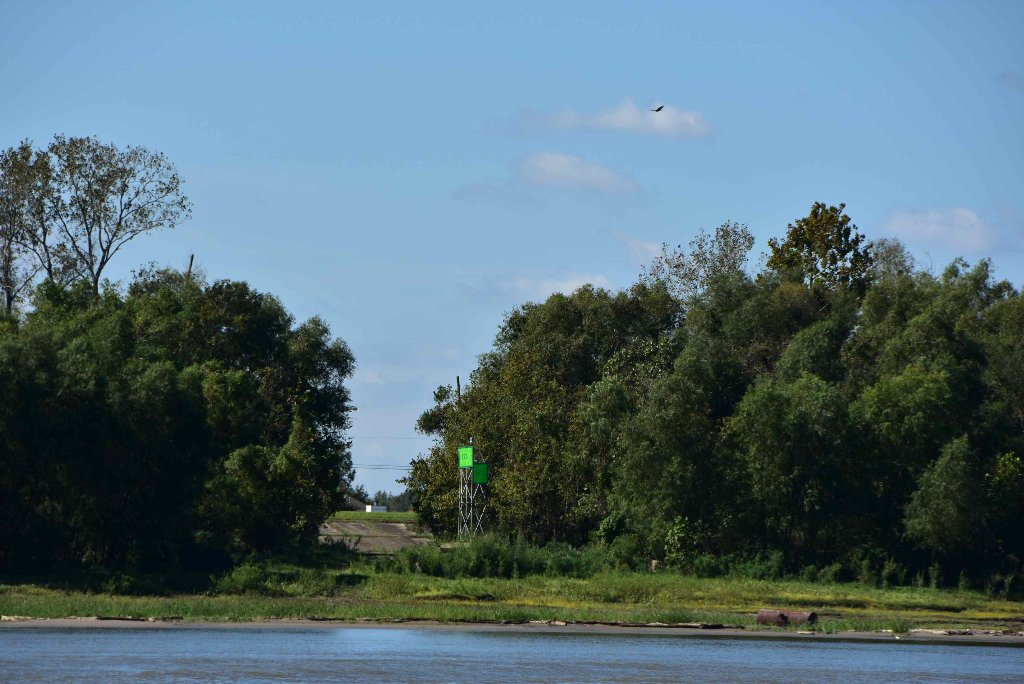 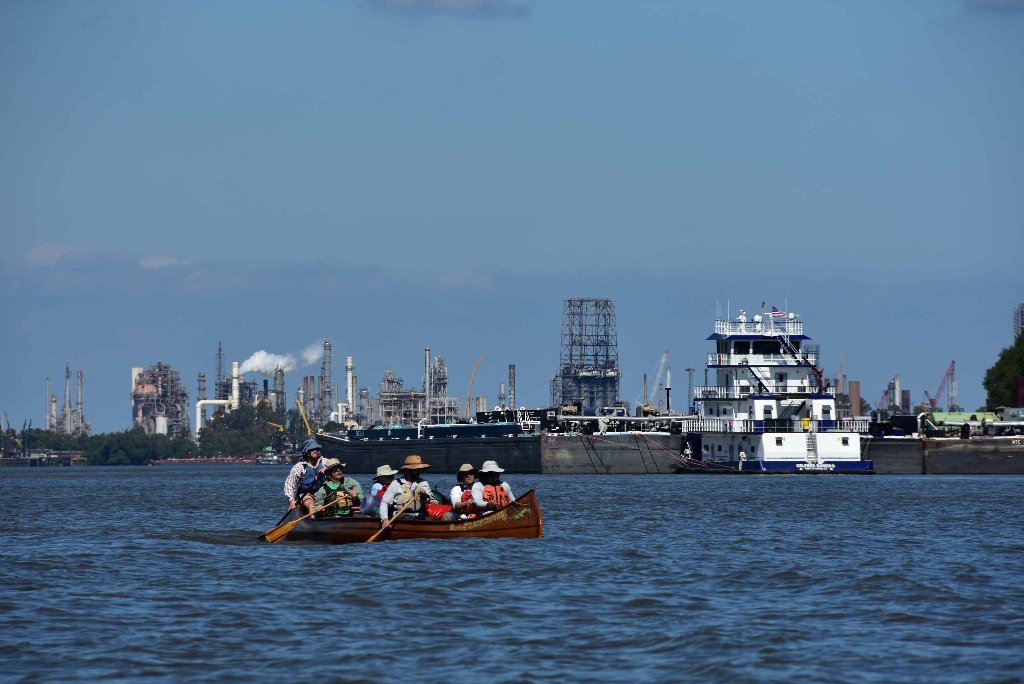 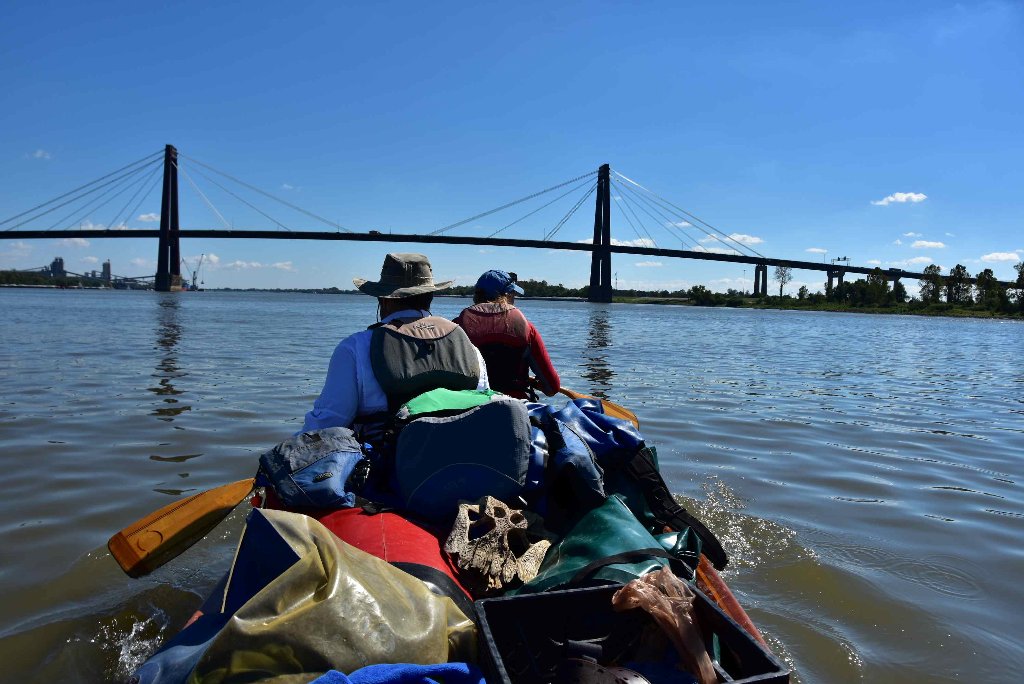 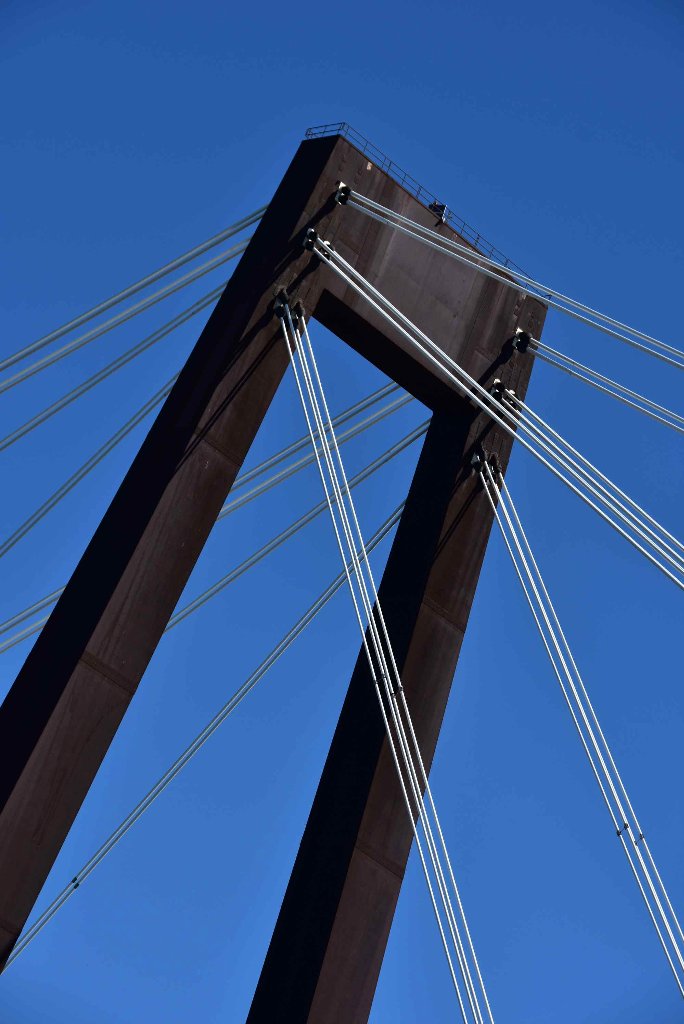 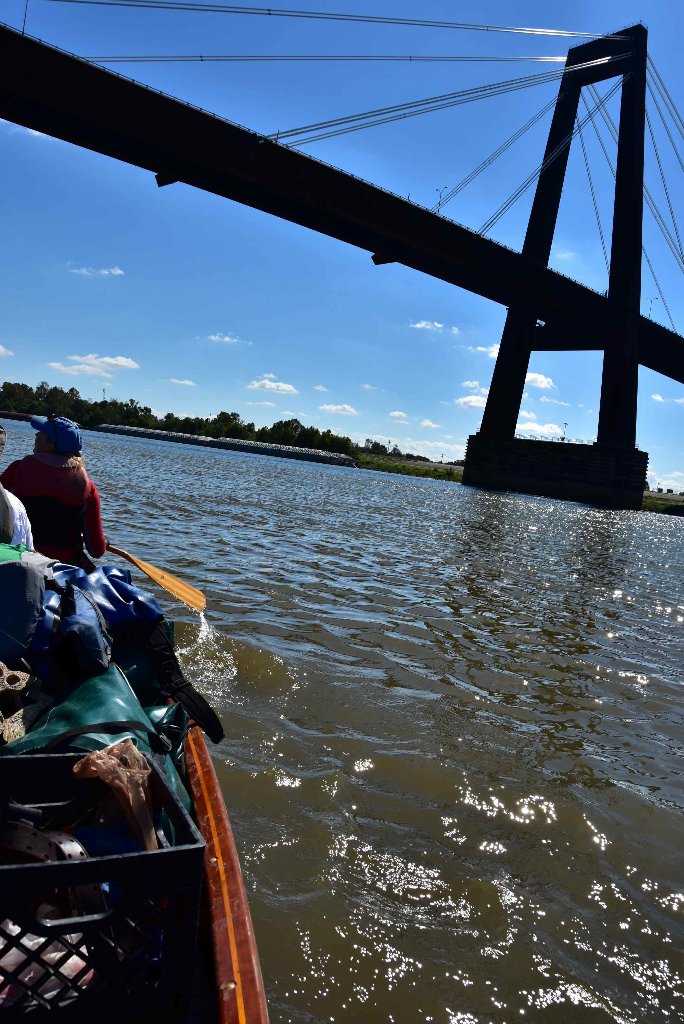 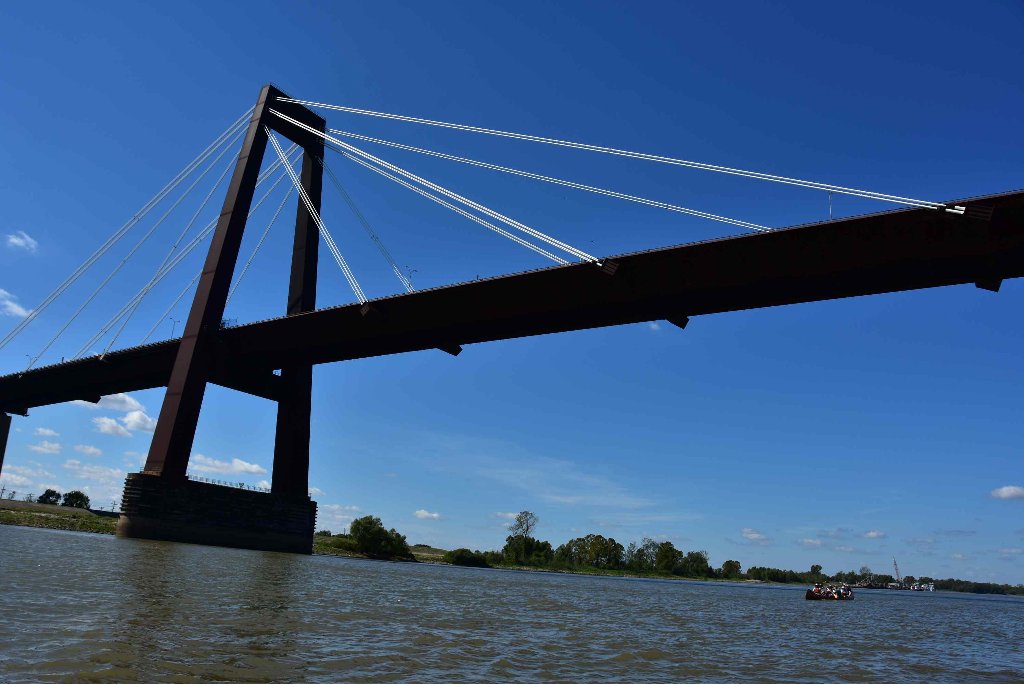 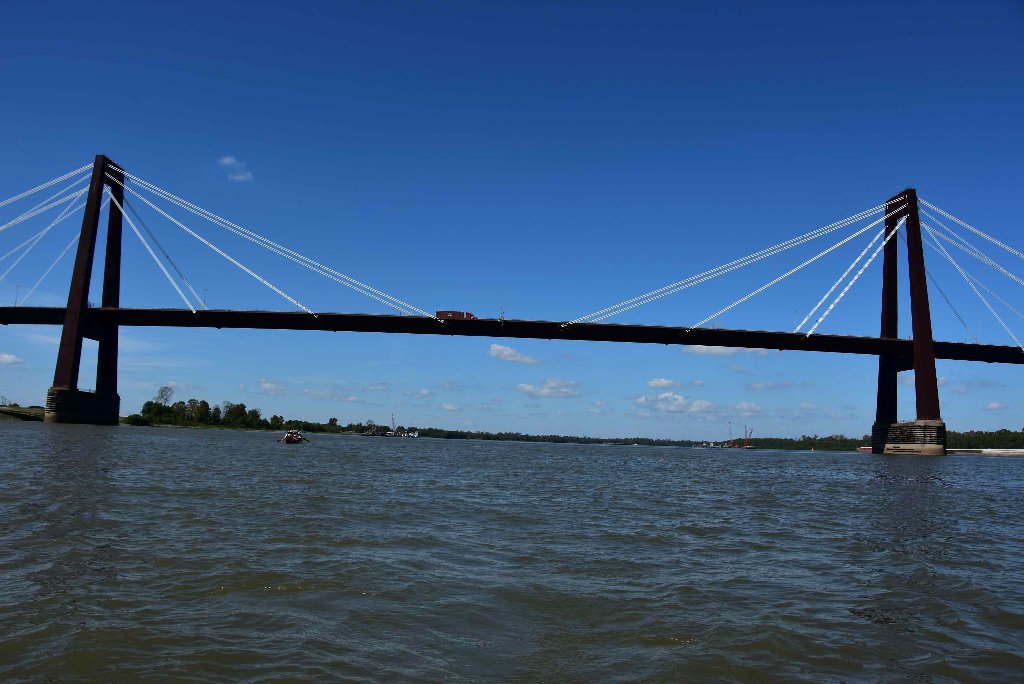