Paddling out of the Baton Rouge Industrial Reach

Getting out of Baton Rouge is a good primer to Chemical Corridor: as you head out of the BR Port you will enjoy close-up views of much of the same kinds of industry as you will see for the rest of the journey to the sea, including big grain, big oil, and big chemicals. All of these supported by various barge and freighter service docks and tugboat operations. The only thing in the immediate BR vicinity is a big scrap steel complex — but not to worry, these will be coming up soon downstream! Many of the below sites are within the nearby Intracoastal Waterway, in case you’re wondering how so many big industrial plants can all sit on one location on the West Bank at 228.2!

The LSU Tigers Stadium rises above the levee and the tops of the trees East Bank as you head downstream out of Baton Rouge, sure to stir a passion in those who root for the purple & gold!

The Louisiana State University (LSU) campus extends to the River here and a large area of the batture is kept mowed into a nice big green space that stays dry until 35 feet on the Baton Rouge Gage. There is a little park on top of the levee with flags that you can see from the river, and paved stairs and ramps down the land side of the levee leading down to River Road and Skip Bertman Drive. The LSU Veterinary School is the big building just on the other side of River Road and a walk down Skip Bertman Drive will take you right to “Death Valley” the LSU football stadium and onto the LSU campus proper. The field here should make a good camping spot when the river is below flood stage 35BR. The banks are solid rip-rap here, and would necessitate lifting your vessel completely out of the water for safety from crashing waves. (Paul Orr)

You will also paddle under a overhead high voltage power transmission line at the Red-Eye Crossing, and many unseen cables and pipelines such as Union Texas Petro, ExxonMobil Pipeline Co, Shell Pipeline Co, Bell South Telephone Co, Union Texas Products Corp, and the Salvay Processing Co. If you think this is amazingly busy, wait ‘til you see what’s coming up downstream: Paddling Chemical Corridor is something like a walk down Wall Street, except each stock market listing is a giant industrial complex! An amazing combination of Blue Chip and other Industries! This paddle down Chemical Corridor will also finish the story of everything you have been paddling along and past upstream, and package it into one 250-mile long summary, here within the combined ports of Baton Rouge, St. James Parish, New Orleans, and St. Bernard Parish.

As you paddle downstream through Chemical Corridor, the Rivergator will share information about the biggest petrochem plants from the Toxic Release Inventory (TRI). This will give you a good idea about what’s in the air and water you are traveling through. Under the descriptions of the chemical manufacturing facilities and oil refineries you will see the toxic releases from those facilities. This comes from the Toxic Release Inventory or TRI. Since the passage of the Emergency Planning and Community Right-to-Know Act of 1986 (and later expanded under the Pollution Prevention Act of 1990) any facility that produce more than 25,000 pounds or handles more than 10,000 pounds of specific toxic chemicals must report to the EPA how much of those chemicals it releases into the environment, disposes of onsite, or sends offsite for disposal. The data is all self-reported, that is each facility must keeps track of their own releases (this usually comes from discharge permits given by state environmental agencies) and provide that information to the EPA. These are all legal releases of toxic material. The facilities are legally allowed to discharge certain amounts of toxic material into the environment. This does not include accidental or un-permitted releases. It generally takes two years for the EPA to process all of the TRI submissions and release the data so you will see that all of the TRI data in Rivergator is from the most recently available year at the time of its writing which is 2013. We have only included releases of toxic material into the air and water in Rivergator. Virtually all of the TRI water discharges listed in Rivergator are into the Mississippi River. Information about the specific toxic chemicals released, onsite and offsite disposal, and host of other information is available online.

You can access the TRI data directly from the EPA at: http://www.epa.gov/toxics-release-inventory-tri-program TRI data can also be accessed via an organization called the Right To Know Network. Their website can access EPA’s TRI database in a way that is sometimes easier to use than the EPA site: http://www.rtknet.org/db/tri (Paul Orr)

The Baton Rouge to Gulf stretch of the river is full of superlatives. Not only is it the biggest Delta on the biggest river in North America, but is also a concentration of some of the biggest works of man this side of the earth has ever seen. For instance, the Domino Sugar Refinery is said to be the largest in the Western Hemisphere and produces 2 billion pounds of sugar annually, or about 7 million pounds a day. (Cora Texas Manufacturing near White Castle grinds around 1,000 tons of cane per hour and often produces about 4 million pounds of raw sugar per day). Nucor Steel near Helvetia/Romeville is the largest producer of steel in the United States, and recently built this direct reduced iron plant making it one of the newest in the industrial corridor. Nucor plans to produce 2,500,000 tons of iron at the plant. Monsanto Luling produces the herbicides glyphosate and dicamba at its Luling plant, including glyphosate based Roundup. Dicamba is a selective herbicide in the chlorophenoxy family of chemicals. Glyphosate is a broad-spectrum systemic herbicide used to kill weeds, especially annual broadleaf weeds and grasses known to compete with commercial crops. It was discovered to be a herbicide by Monsanto chemist John E. Franz in 1970. Monsanto brought it to market in the 1970s under the trade name “Roundup.”

Thanks to the help of the Lower Mississippi Riverkeeper the Rivergator will identify and describe some of the standouts, such as the sprawling 1,400 acre CF Industries Nitrogen Complex which is touted as the largest such nitrogen operation in North America (and released a whopping 6,924,957 pounds of toxins into the air and 1,127,771 pounds into the river in 2013). The trail starts out with a bang. The 1,500-acre integrated manufacturing facility at Dow Chemical 222RBD is one of Louisiana’s largest petrochemical facilities. (Shintech Corp. is the worlds largest producer of PVC). Furhter downstream, Total Petrochemicals and Refining is one of the largest polystyrene facilities in the world and can produce 1.45 billion pounds per year. ZEN-NOH is one of the world’s largest importers of animal feeds and agricultural fertilizers. Galata Chemicals is one of the world’s leading producers and marketers of additives for the Polyvinyl Chloride (PVC) and associated industries; including plasticizers, lubricants, and foaming agents. The Navy Ships at 83.3 LBD are home port for some of the largest ships in the Navy inventory. Capable of carrying more than 300,000 square feet of oversized, heavy military cargo.

Also, there have been big hurricanes in SoLa (Camille & Katrina for example), but less known and talked about are the big oil spills as result. Hurricane Katrina caused approximately 1,400,000 gallons of crude oil to spill from the Shell Pipeline Pilottown Terminal (2.4LBD). There were six tanks but only three remain today. The single biggest oil spill of the many oil spills caused by hurricane Katrina was at mile 35.2 LBD – Bass Enterprises – where 3,780,000 gallons of crude was let loose into the surrounding marshlands.

Of integral interest to paddlers (and supporting our river activities) includes makers of kevlar fiber, neoprene, and epoxy resins — all of these found within Chemical Corridor! Everything comes from somewhere. Some of the very same materials which allow us exploration to the most beautiful and wild places in the world are formulated right here in one of the the most industrial places in the world. And so we have another example of the yin-yang nature of life on the river. Standouts in this class include DuPont Pontchartrain Works which makes neoprene rubber and Kevlar fiber. Momentive Specialty Chemicals, owned by Hexion, formulates epoxy resins. 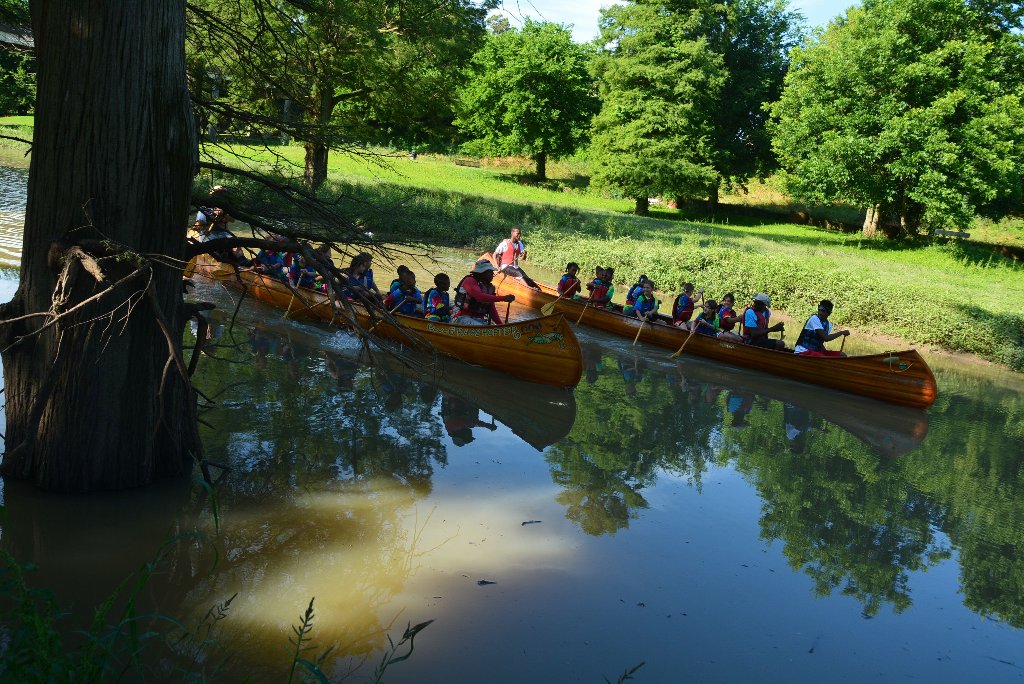 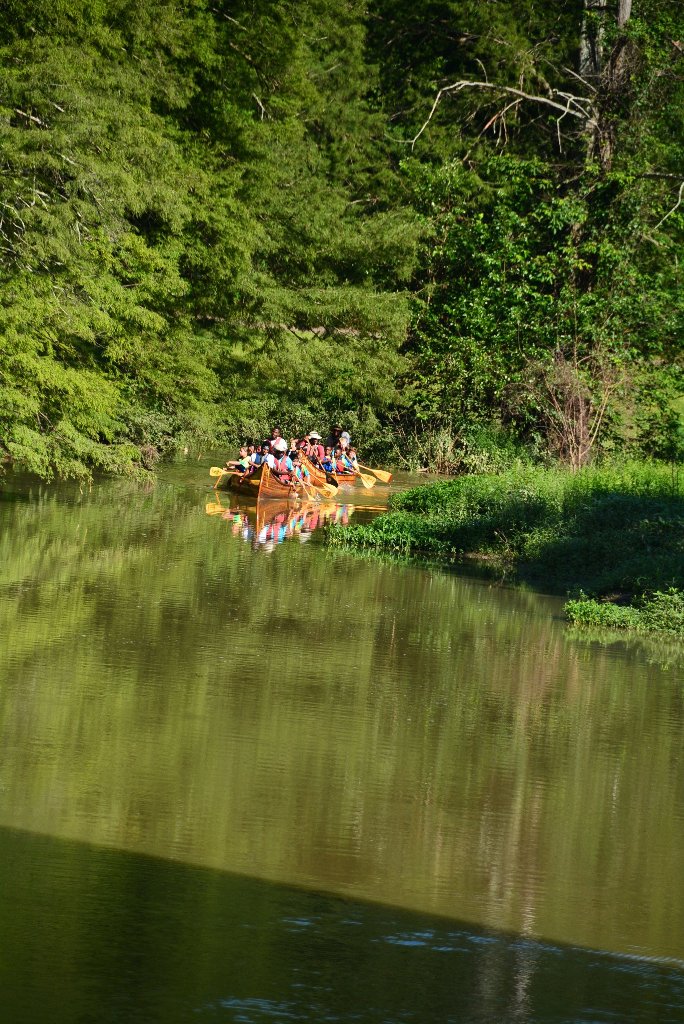 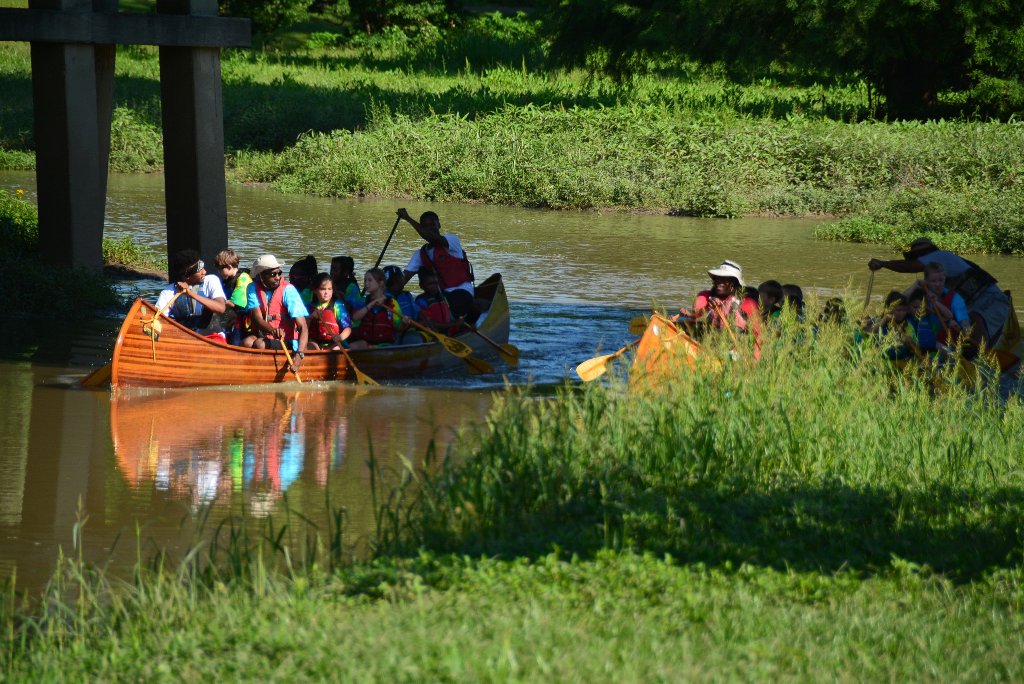 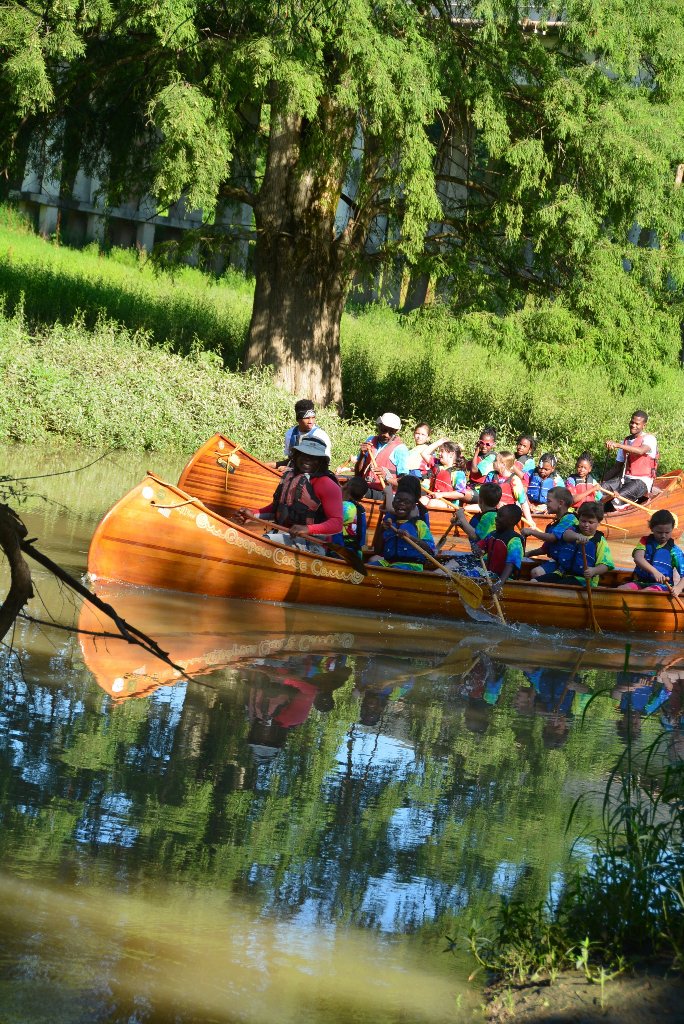 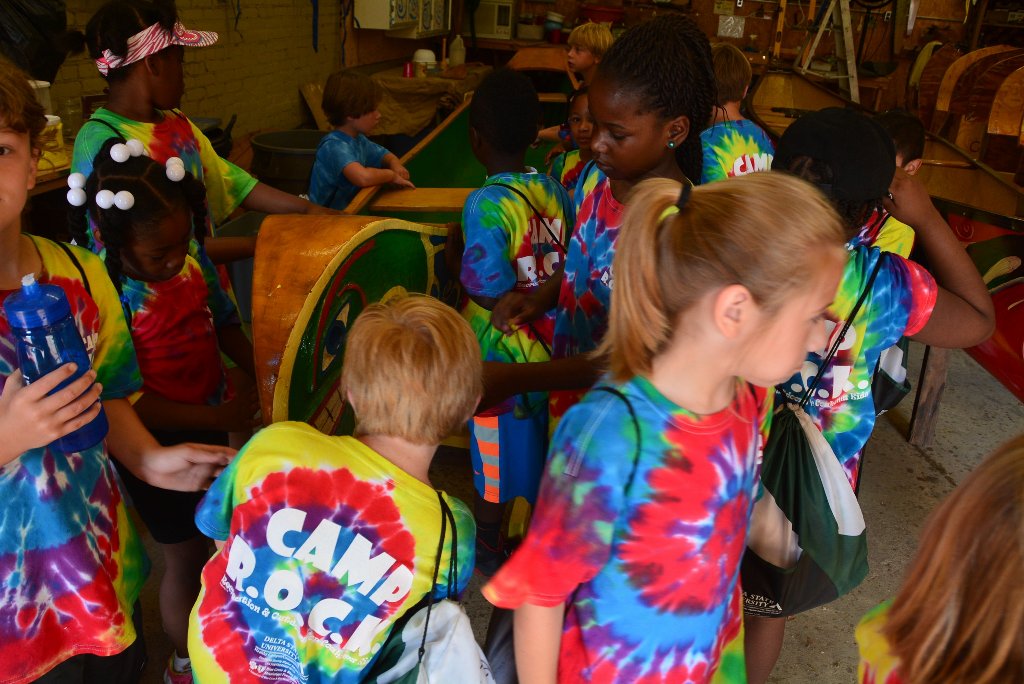 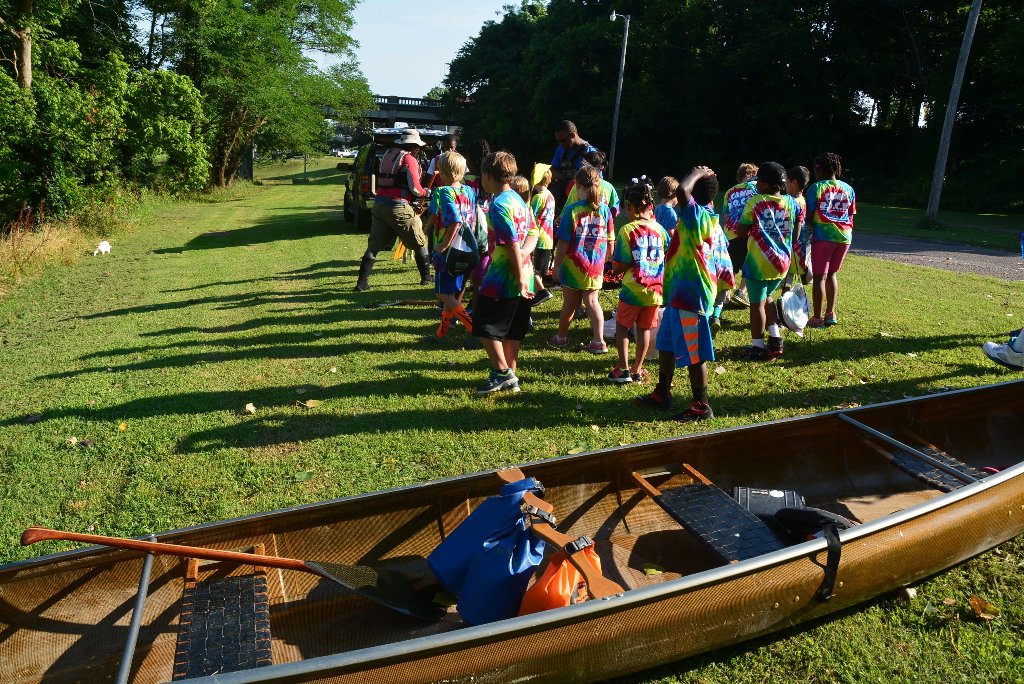 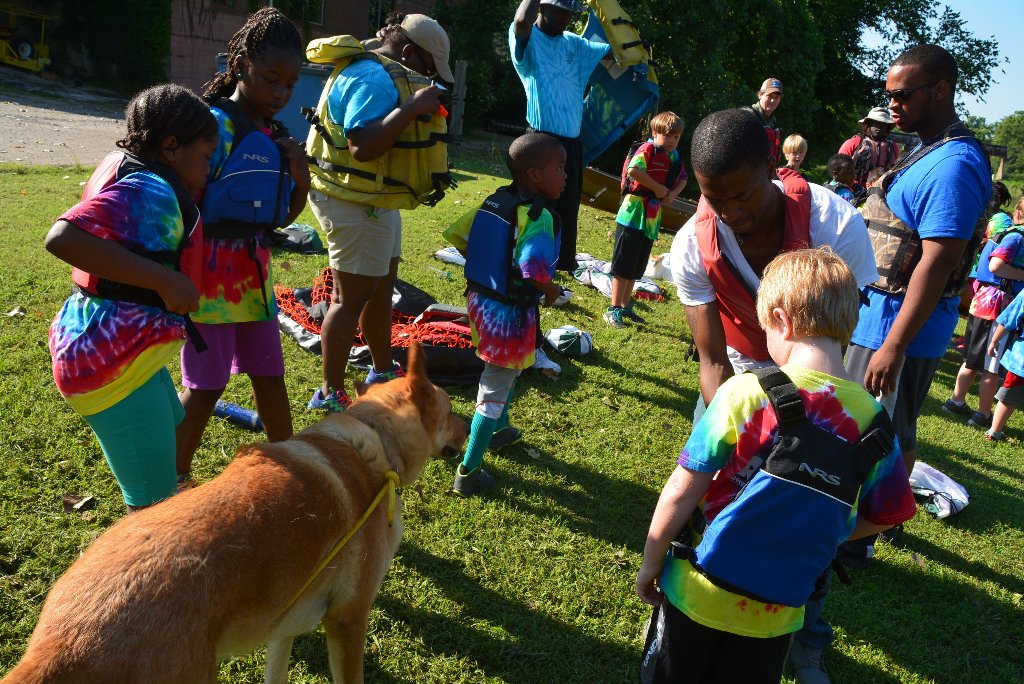 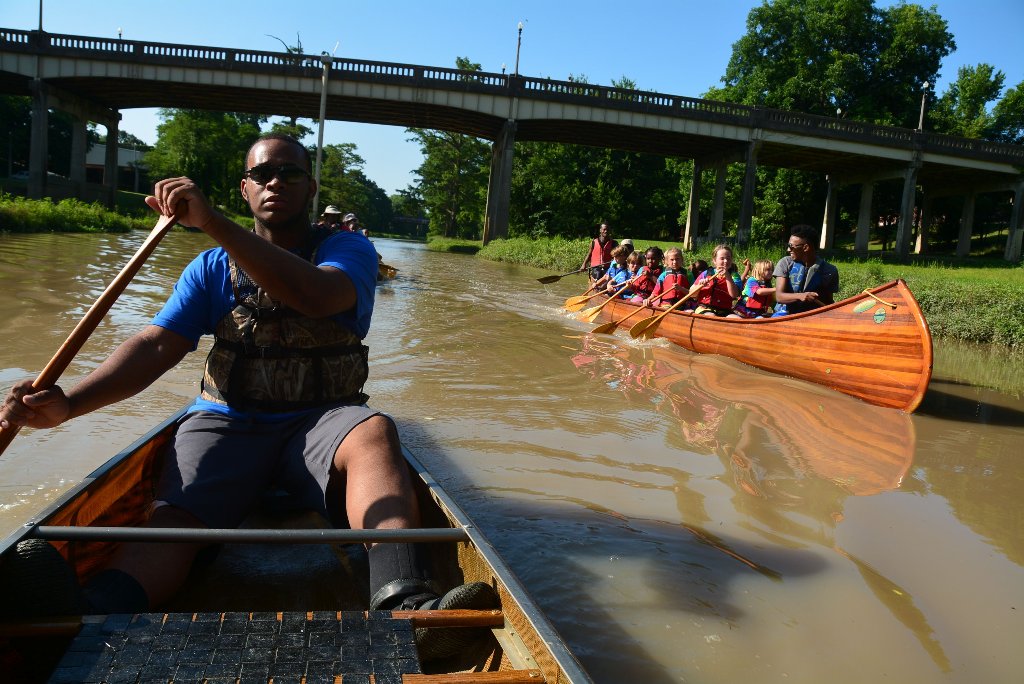 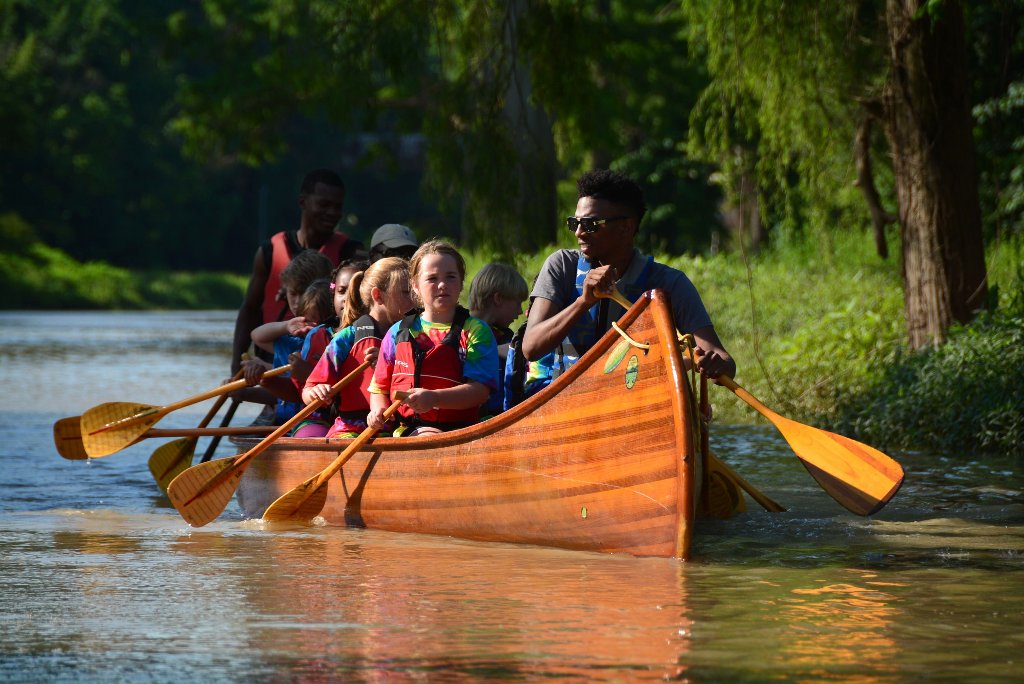 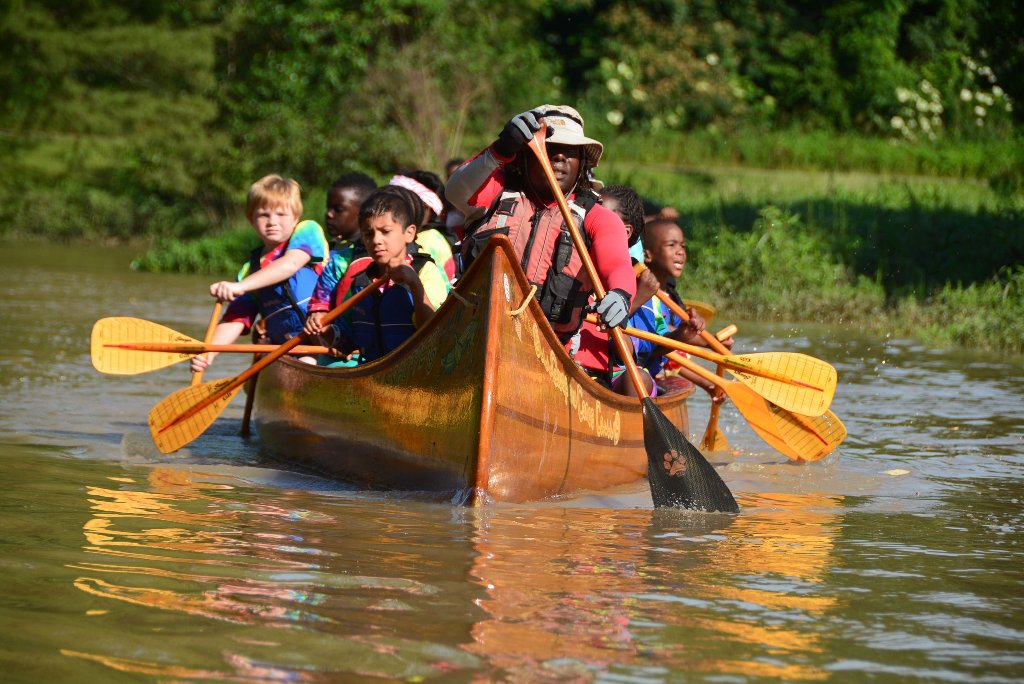 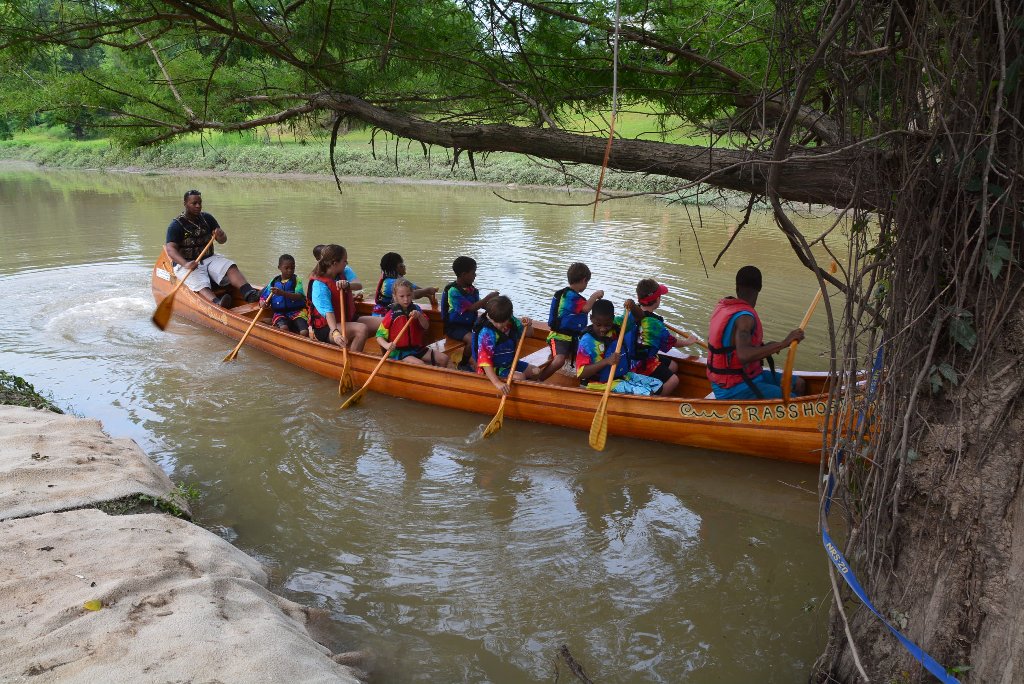 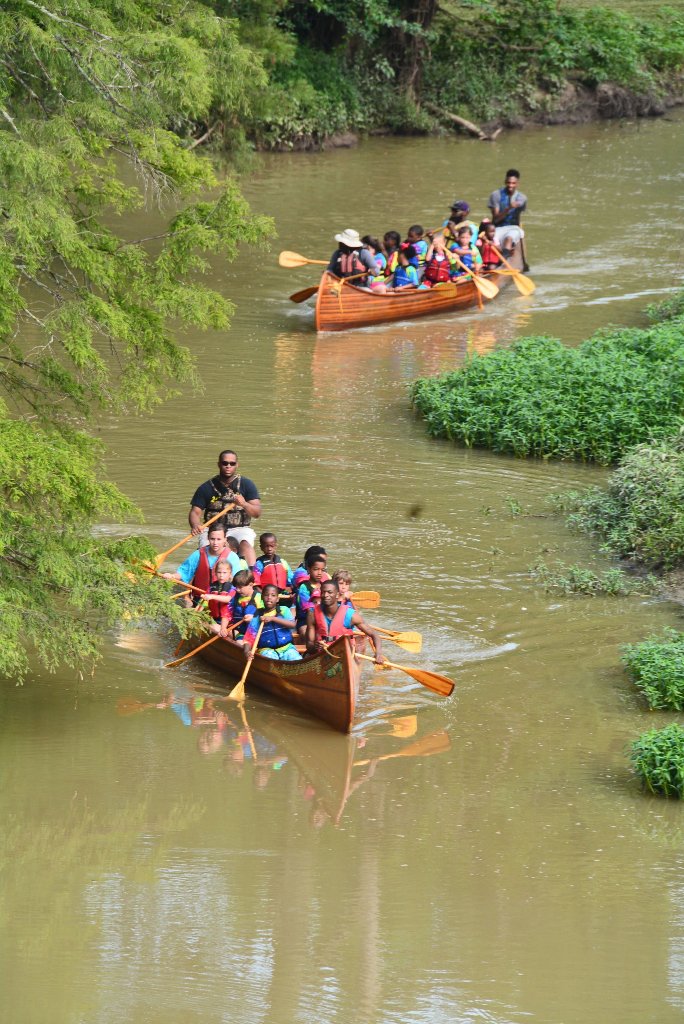 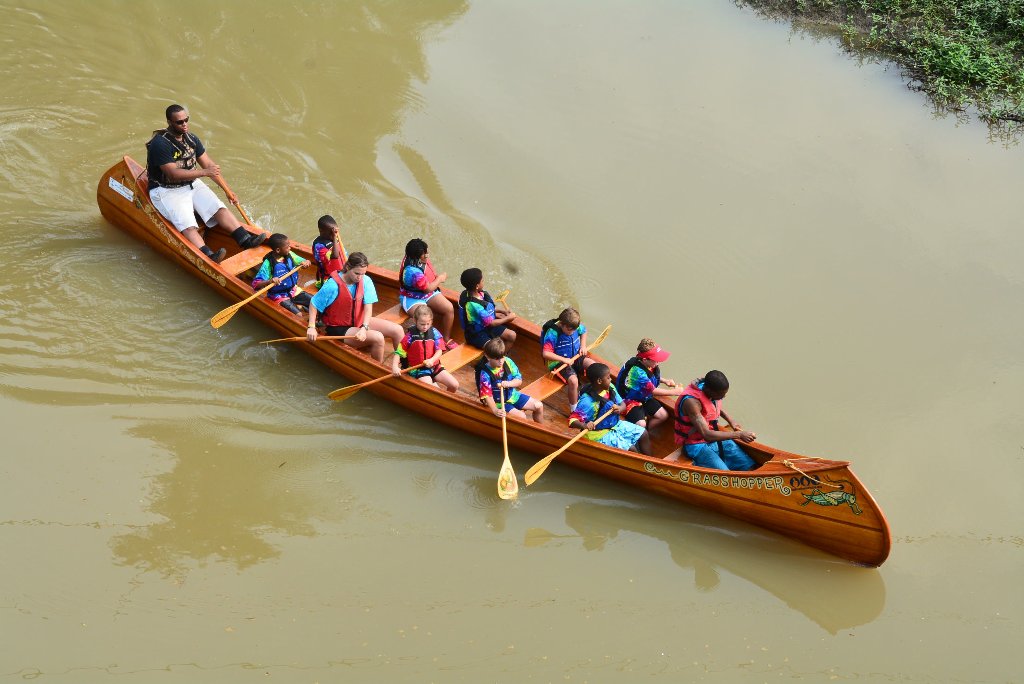 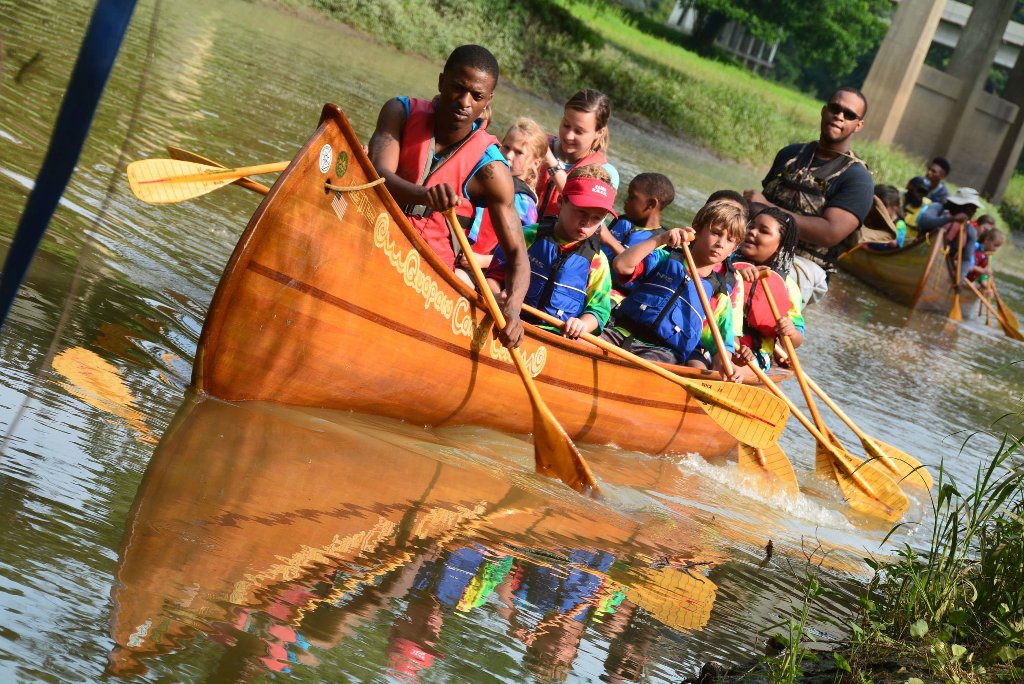 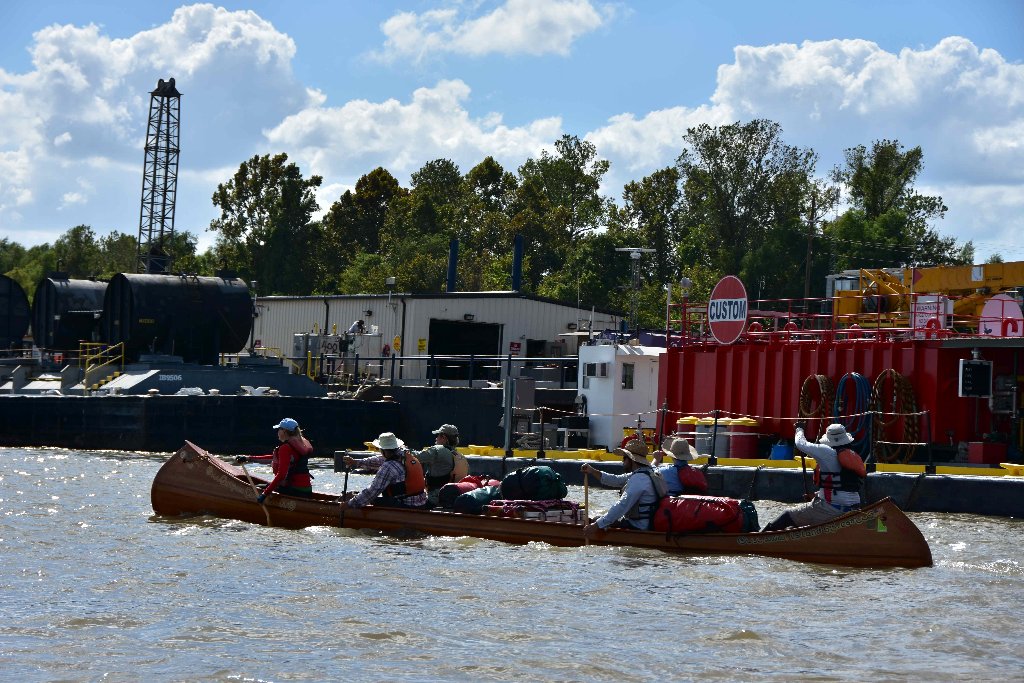 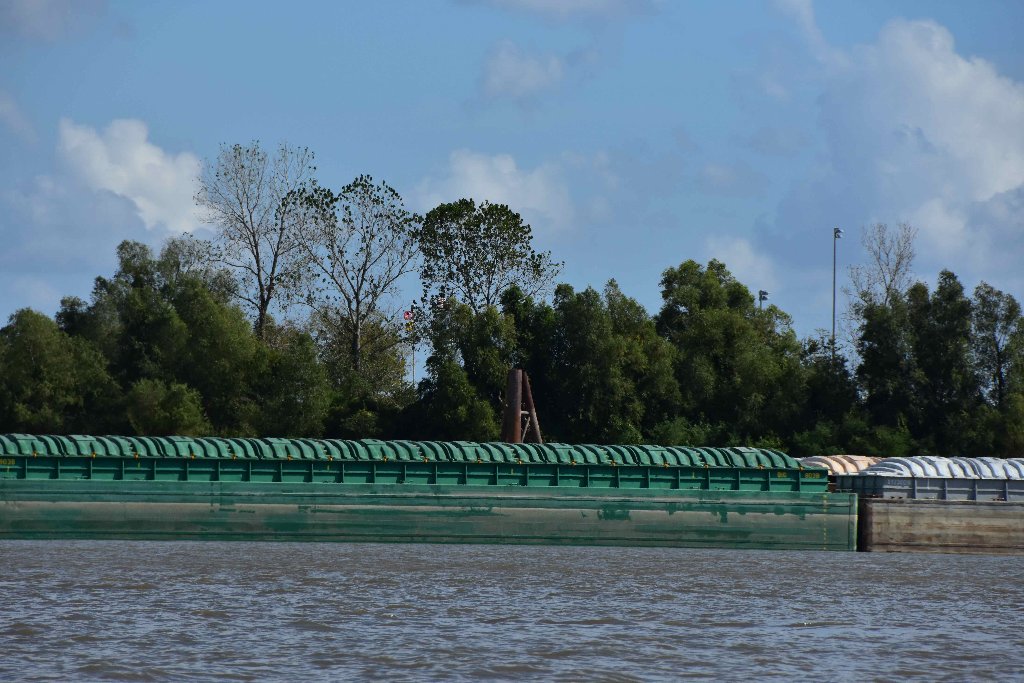 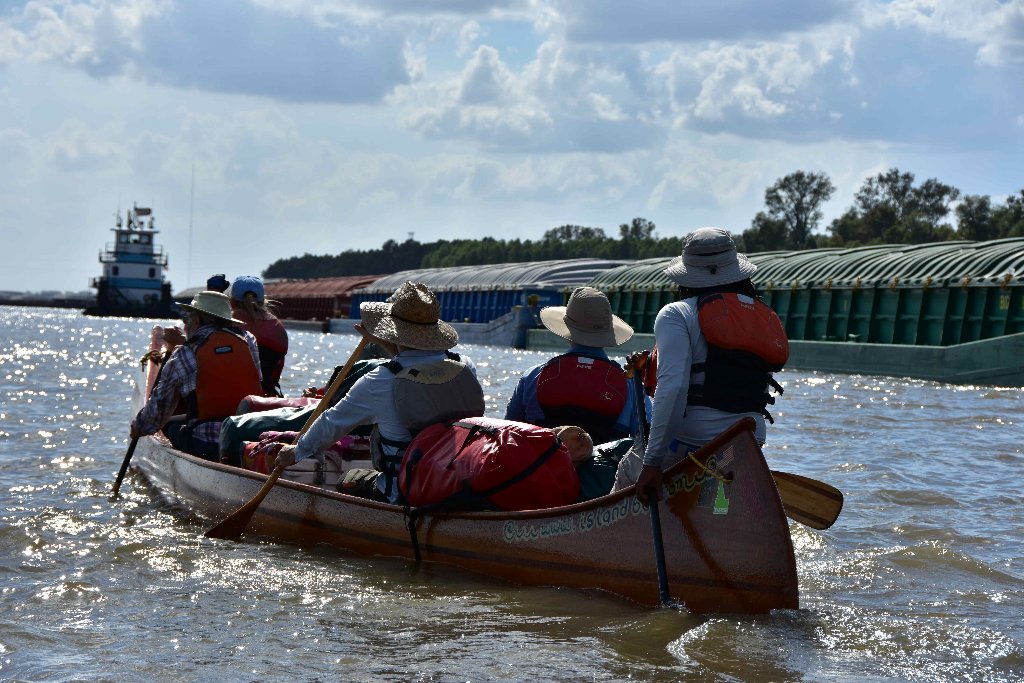 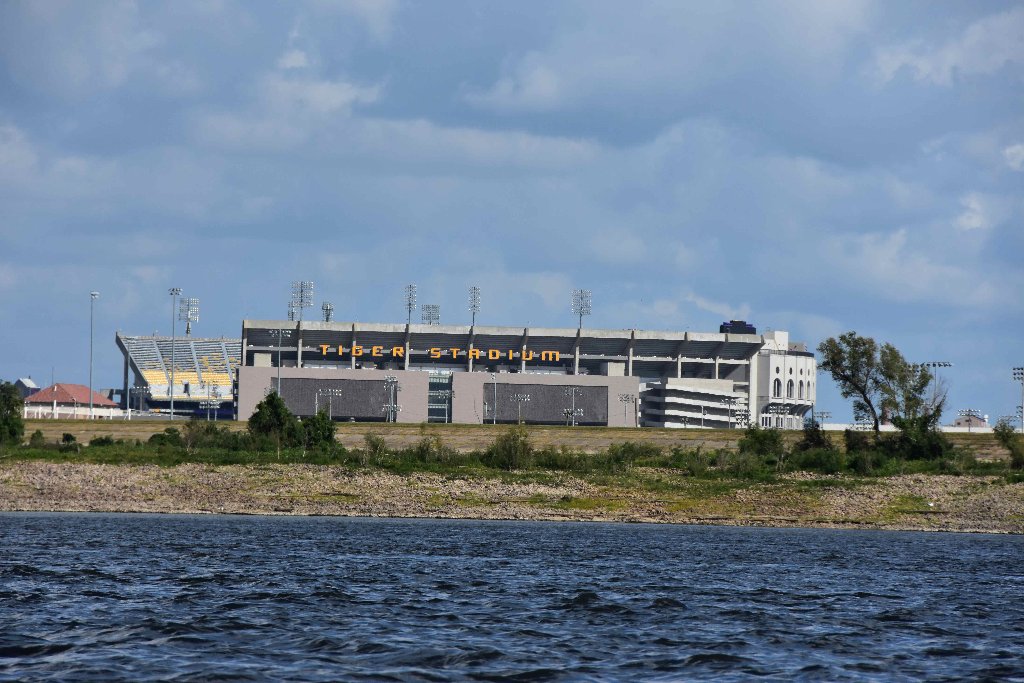 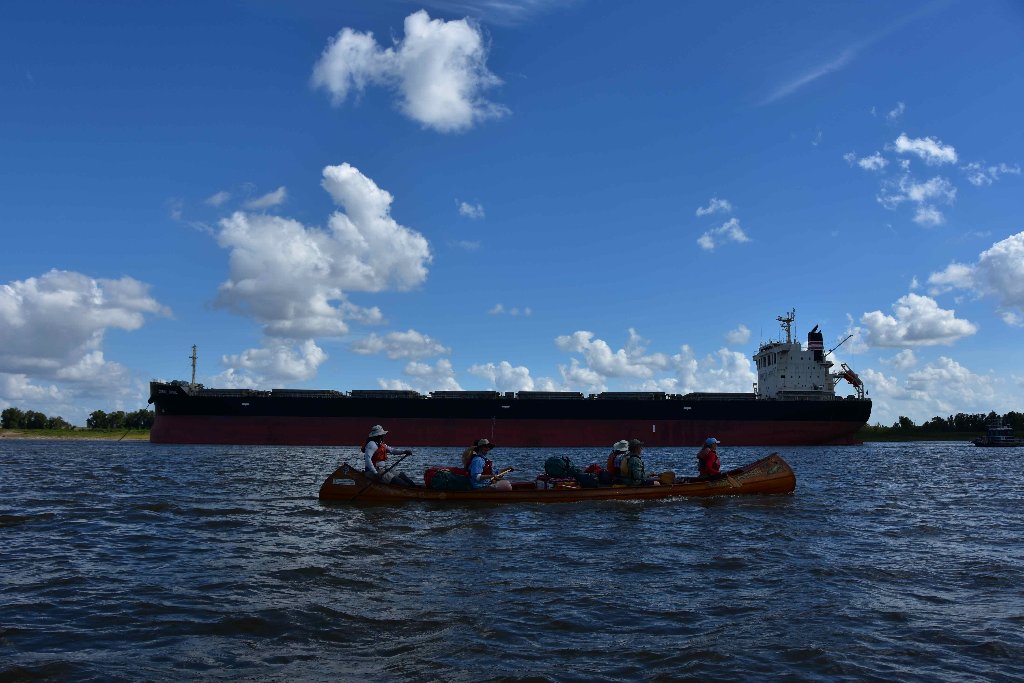 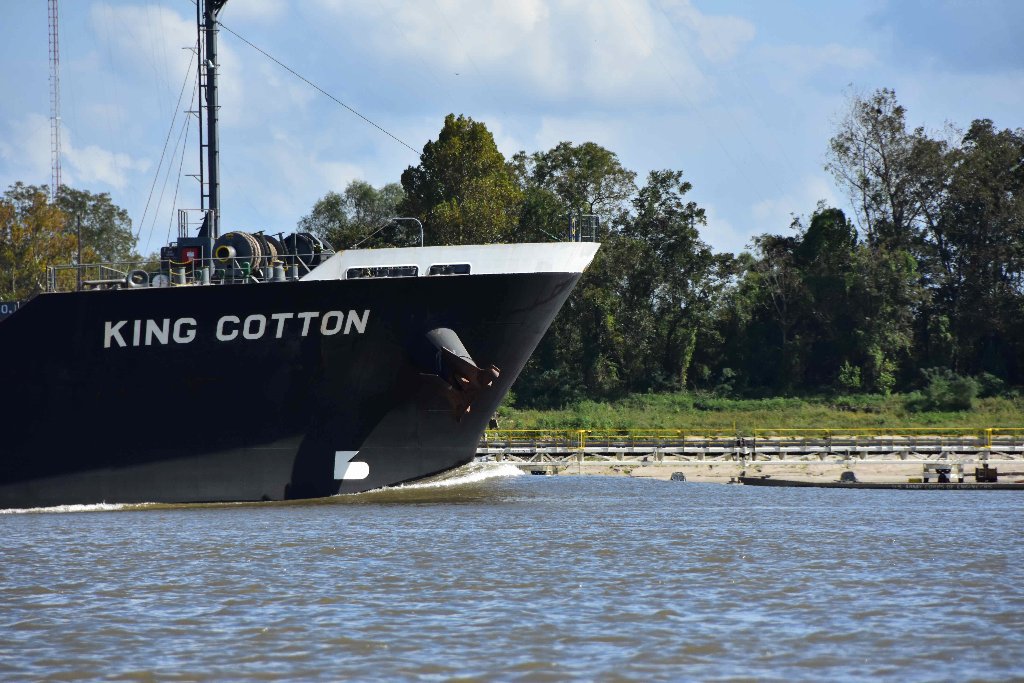