There is no public access at White Castle, and no easy place to make landing (except at flood stage). In emergency paddlers could pull out over rip-rap (in low water) or through the woods (med or high water). At flood stage 35BR White Castle could be easily accessed from the levee. If you need to stop, use old ferry landing (downstream 2 miles) or cross over to Carville. If you need resupply in this area, stop at Plaquemine. Best resupply place downstream would be Donaldsonville.

In low water you will pass a whitewater explosion West Bank near 192.7, where a pipe stabilized with giant concrete blocks lets loose a torrent of steaming water into the river. In a south wind you will detect a distinct toasted carmel aroma in the air, or maybe “hot dog” smells, or maybe something else. This is where the raw sugar cane is brought in from surrounding fields, and are mashed and then cooked, the sugar juices strengthened through evaporation until crystallization. Blackstrap molasses is one of the by-products. This Cora Texas Manufacturing alone grinds more than 16,000 tons of cane per day and often produces more than 4,000,000 pounds of raw sugar per day!The history of Cora Plantation and its sugar mill date back to 1817. Many of the first experiments in the manufacturing of sugar occurred on Cora Plantation and Cora factory. Cora Texas Manufacturing is the second largest sugar factory in Louisiana.

Carville is the location of the National Hansen’s Disease Museum, in the old U. S. Public Health Service, which for a hundred years treated leprosy (now called Hansen’s Disease) patients. The hospital has been closed, but several of the buildings remain. Paddlers will be interested to hear of Carville’s history, which was the setting for the 2010 Book In the Sanctuary of Outcasts, by Neil White. From Publishers Weekly: Following conviction for bank fraud, White spent a year in a minimum-security prison in Carville, La., housed in the last leper colony in mainland America. His fascinating memoir reflects on the sizable group of lepers living alongside the prisoners, social outcasts among the motley inmate crew of drug dealers, mob types and killers. Narrating in colorful, entertaining snapshots, White introduces the reader to an excellent supporting cast in his imprisonment: Father Reynolds, the peerless spiritual monk; Mr. Flowers, the no-nonsense case manager; Anne, the sorrowful mother with leprosy whose baby was taken from her arms; and Ella the Earth Mother, with wisdom to spare. Brisk, ironic and perceptive, White’s introspective memoir puts a magnifying glass to a flawed life, revealing that all of life is to be savored and respected. (Publishers Weekly)

On the last day of November, 1894, a boat left the New Orleans dock pushing a barge with an unusual cargo. On the barge were seven very ill people, several doctors, and some newspaper reporters. The seven passengers were suffering from the dreaded disease that was then known as leprosy, and they were being moved from an abominable “pest house” in New Orleans to a plantation about 25 miles below Baton Rouge, called Indian Camp plantation. The State of Louisiana hoped to give them better care and more humane treatment than they had ever known before. From this uncertain beginning in 1894, there eventually developed a U. S. Public Health Service Hospital at Carville, Louisiana, where patients suffering from the ancient disease that has recently been renamed “Hansen’s disease,” are treated and often discharged to lead normal lives in their home communities. When the U. S. Public Health Service acquired the State facility at Carville in 1921, the old hospital at Indian Camp plantation was gradually converted into a modern treatment and research center. New drugs and better methods of treatment in recent years have made it possible for most of Carville’s patients to be discharged in a very short time. For patients who must undergo long periods of hospitalization, the U. S. Public Health Service offers a rehabilitation program that is designed to help them to become contributing members of society when they return to their homes. Full-time teachers give elementary and high school courses at the hospital, arrangements are often made for vocational training or college work, and every effort is made to encourage the patient to upgrade the level of his educational achievements. A swimming pool, tennis courts, golf course, and a lake where patients can enjoy fishing and boating are located on the hospital grounds at Carville. Many social and recreational activities are sponsored, and a bimonthly magazine, The Star, is staffed with patients. A recent breakthrough in laboratory research at Carville offers some hope for progress toward the development for a cure for Hansen’s disease. In the meantime, seminars and workshops keep doctors, nurses, therapists, social workers, and medical missionaries informed about the most effective drugs and the best methods for treating the disease and caring for the patients. Admission to the hospital at Carville is voluntary, and patients are free to leave at any time they desire to do so. They are, of course, encouraged to stay until discharge can be recommended by the medical staff. At present the hospital has about 300 patients, with perhaps 100 out on passes and leading relatively normal lives elsewhere with the disease under control. Visitors over the age of 16 are welcomed at the hospital. Carville’s cheerful atmosphere is a far cry from the old “pest house” of the past that was maintained for the purpose of confining involuntarily persons whose only crime was that they had become the victims of a serious disease for which no cure was known. (Braggs)

You could access the East Bank here at the old Ferry Landing, near Carville, or at a primitive Boat Ramp several hundred miles downstream.

Primitive Boat Ramp with one small slab of concrete. Unmarked location with access off levee near town of Carville.

Frequently used anchorage to the right bank descending of the main channel about three miles below White Castle. Watch for freighters periodically coming and going. Make sure they are stationary before paddling near this anchorage. If you see the presence of tugboats, or you notice anchors being heaved, or see the tell-tale black smoke of engines being powered up, give this place wide berth.

Claiborne Island has joined the mainland of the West Bank of the river, but still houses a narrow slice of wetlands in the batture protected between the river and the levee. Unfortunately this wild place has no safe landings, and as result is not easily accessible. William Charles Cole Claiborne was born in Virginia, in the portentous year of 1775. At the age of 20, the young man went to Tennessee, where the following year he helped frame a constitution for the new State. When Claiborne was 26 years old, President Thomas Jefferson appointed him to serve as governor of the Mississippi Territory. In 1803, Governor Claiborne and General James Wilkinson were appointed commissioners to receive possession of the vast territory known as the Louisiana Purchase. Jefferson then named Claiborne as the temporary governor of the Orleans Territory and later appointed him its permanent governor. In September, 1811, Louisiana was getting ready to elect its first State governor, and William Caliborne wrote to his friend Julien Poydras that he had purchased a plantation and planned to become “a plain simple Planter.” Claiborne was a candidate for governor of the new State, but he thought his chances of election very slim. He was mistaken; he won the office by a large majority. In 1817 Governor Claiborne was elected to serve in the V .S. Senate, but he died within a year. He was 42 years old at the time of his death. Claiborne’s plantation was on the west bank of the Mississippi, and the old steamboat landing and the V.S. Coast Guard navigation light in the area still bear his name. (Braggs) 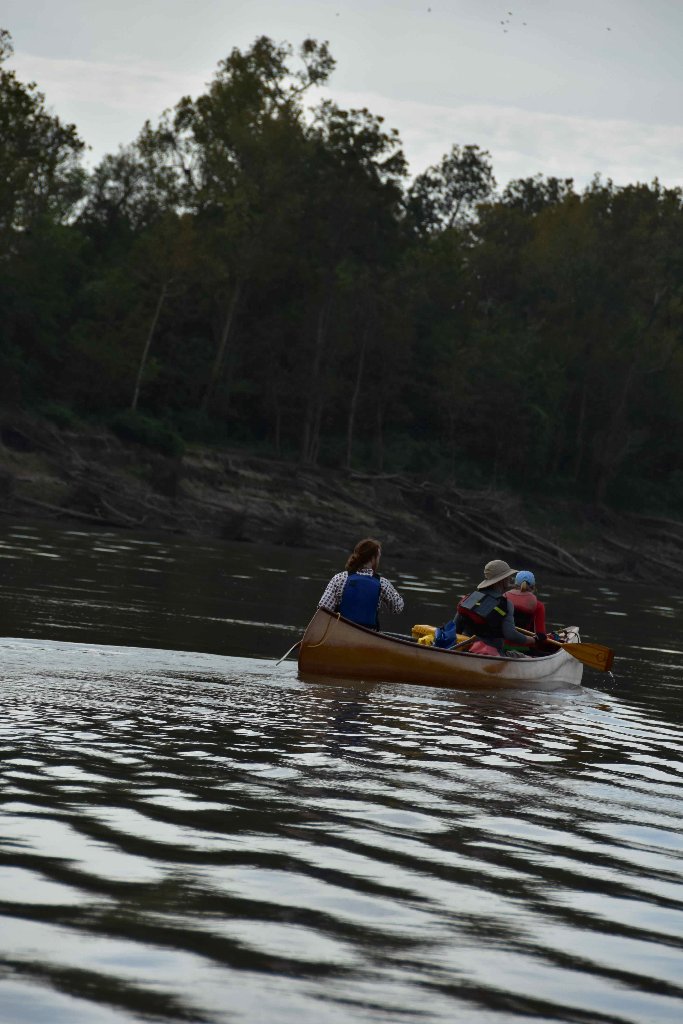 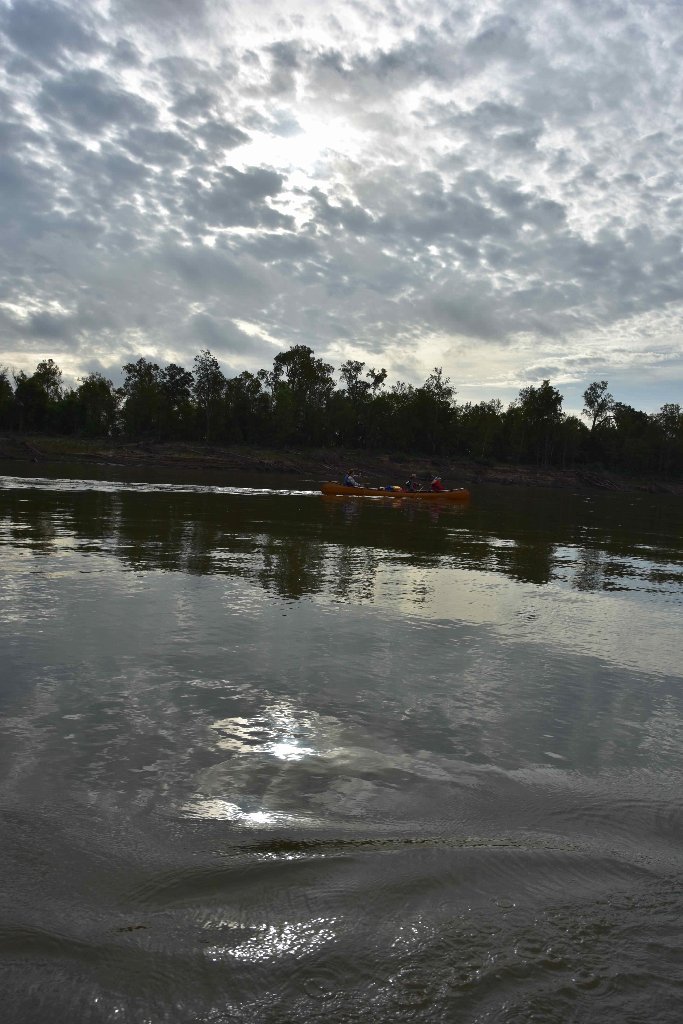 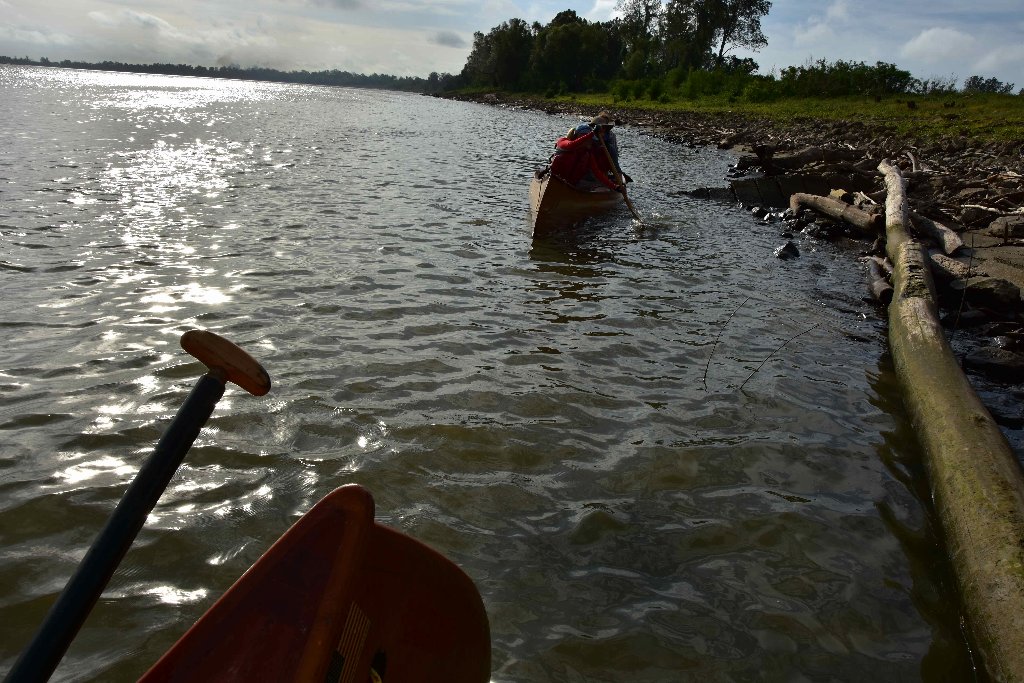 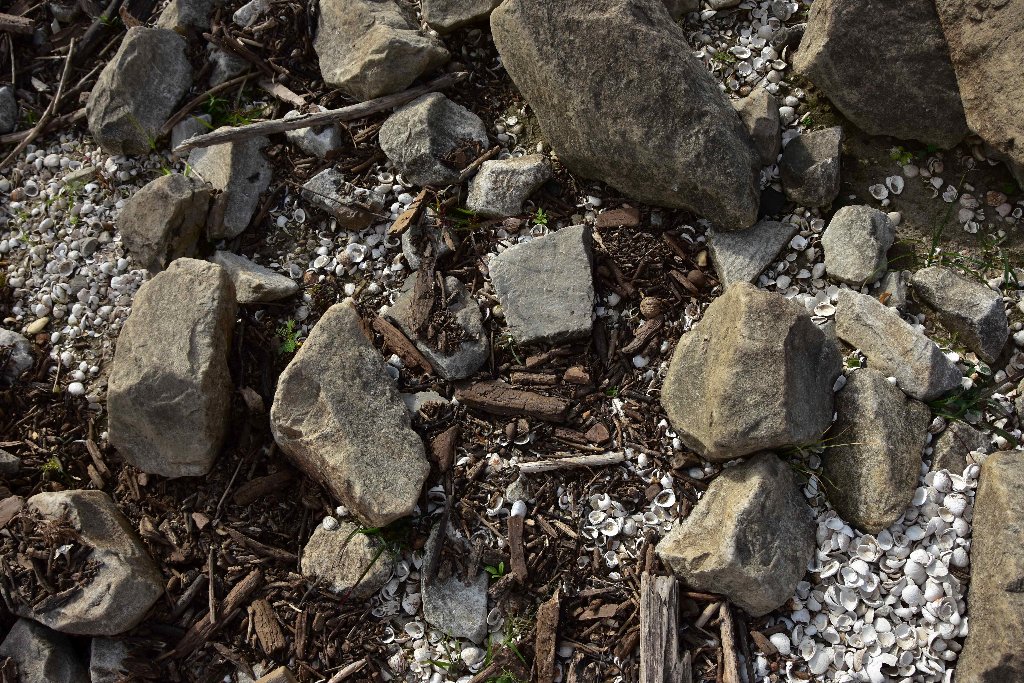 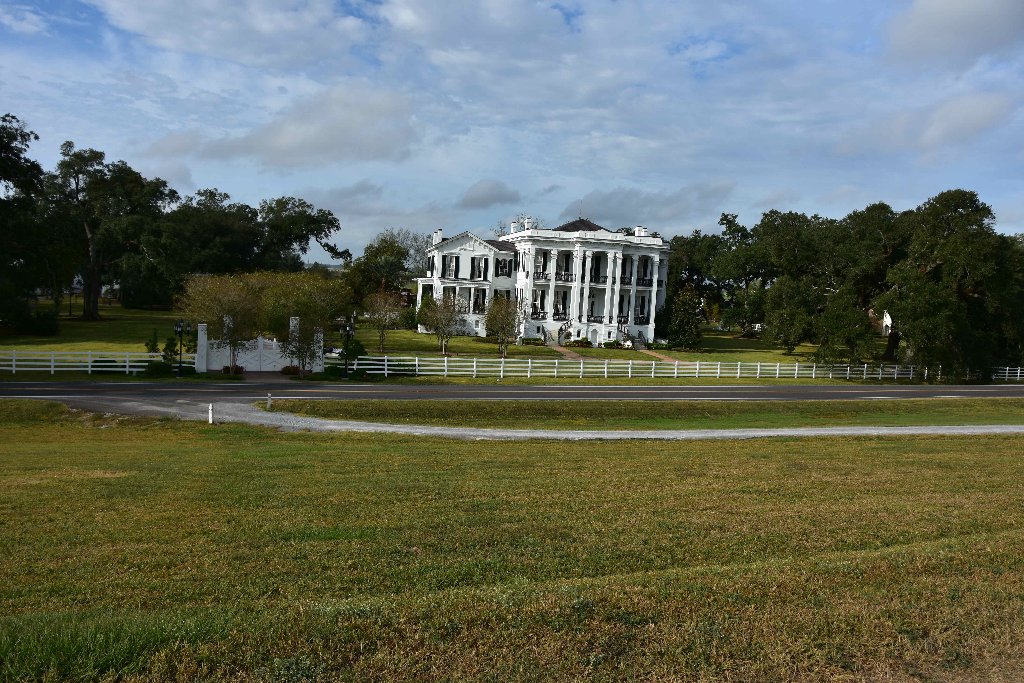 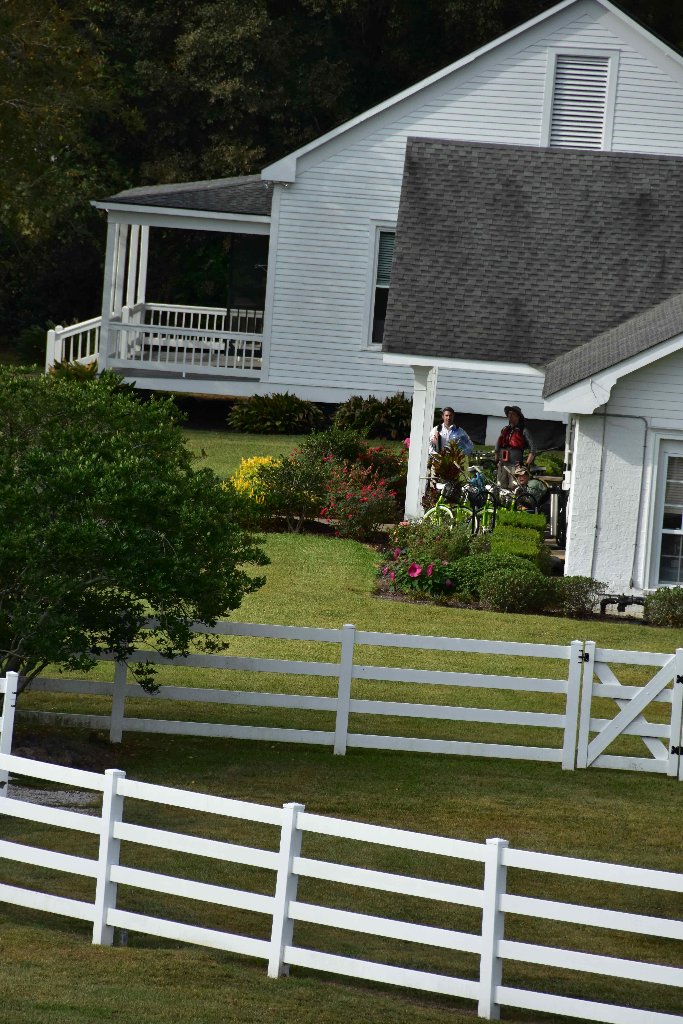 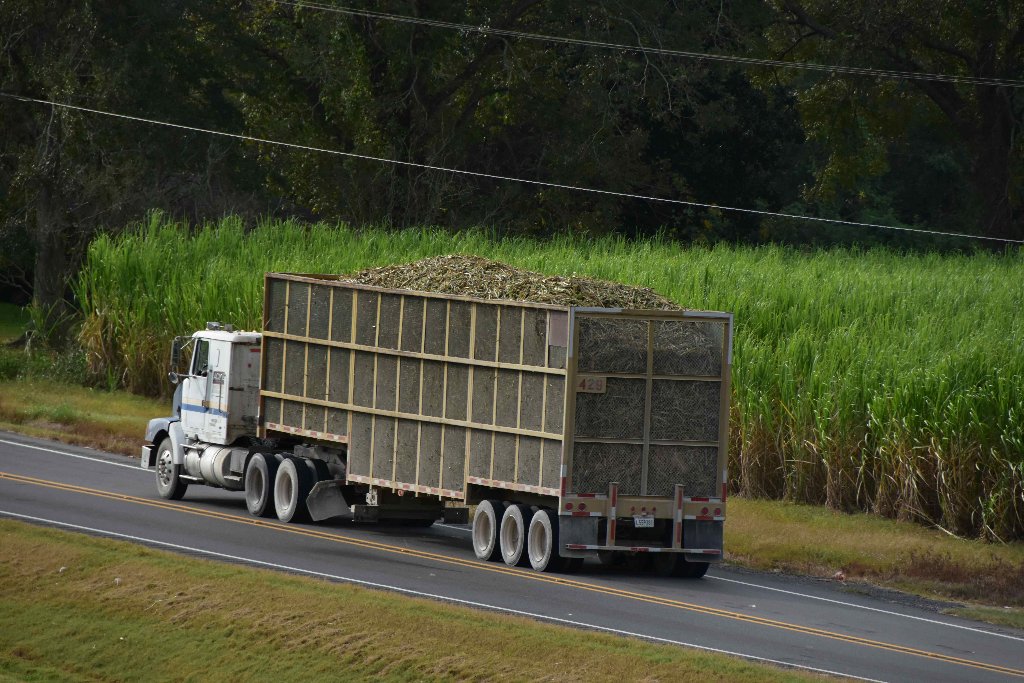 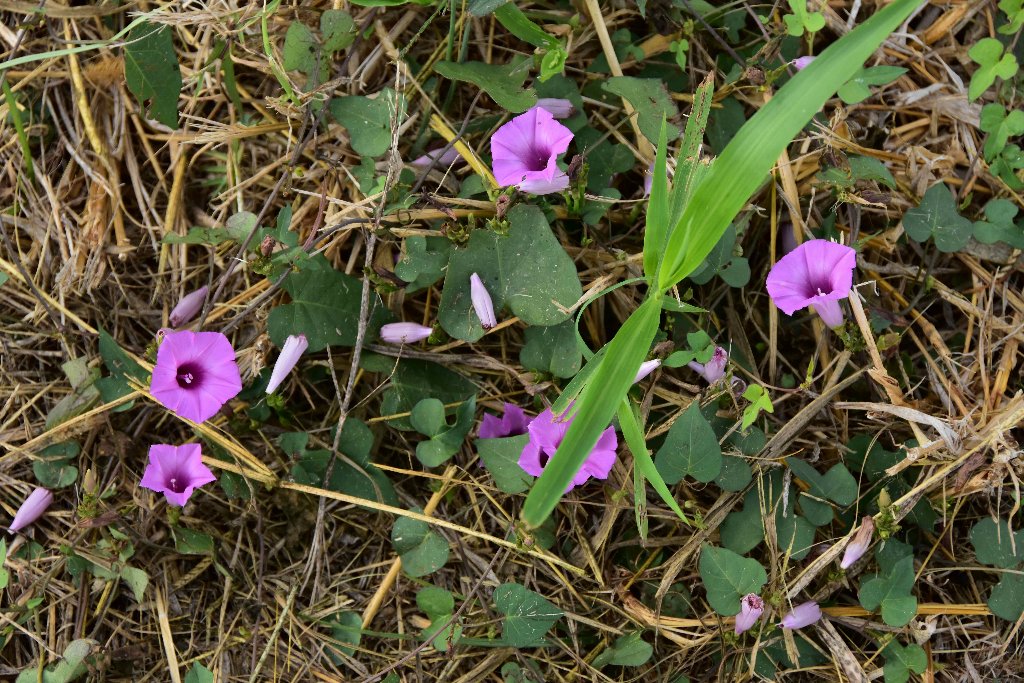 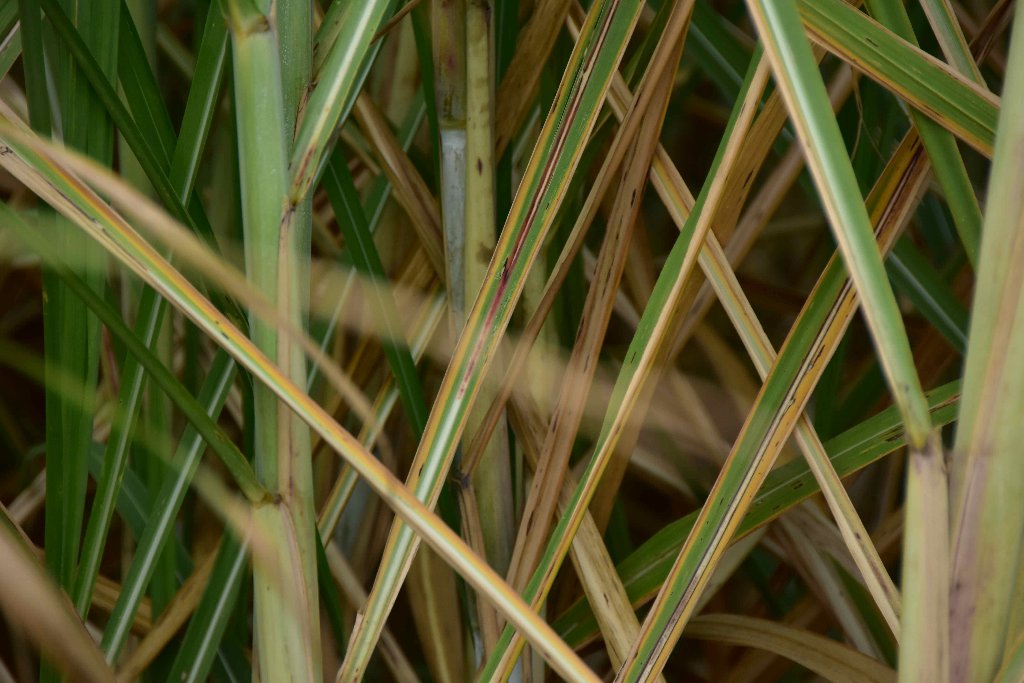 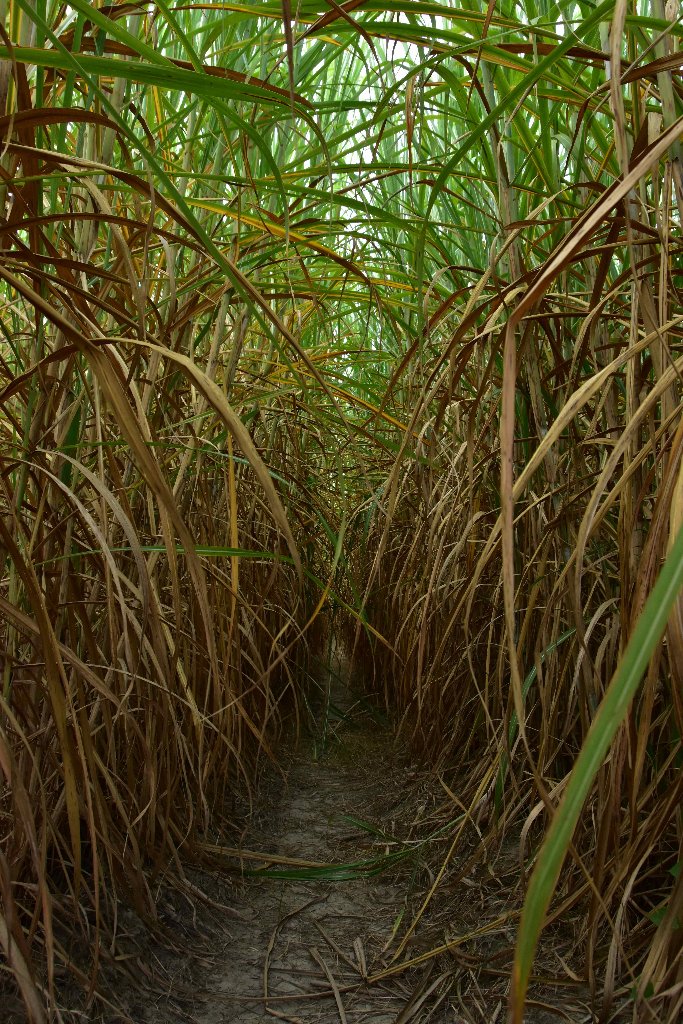 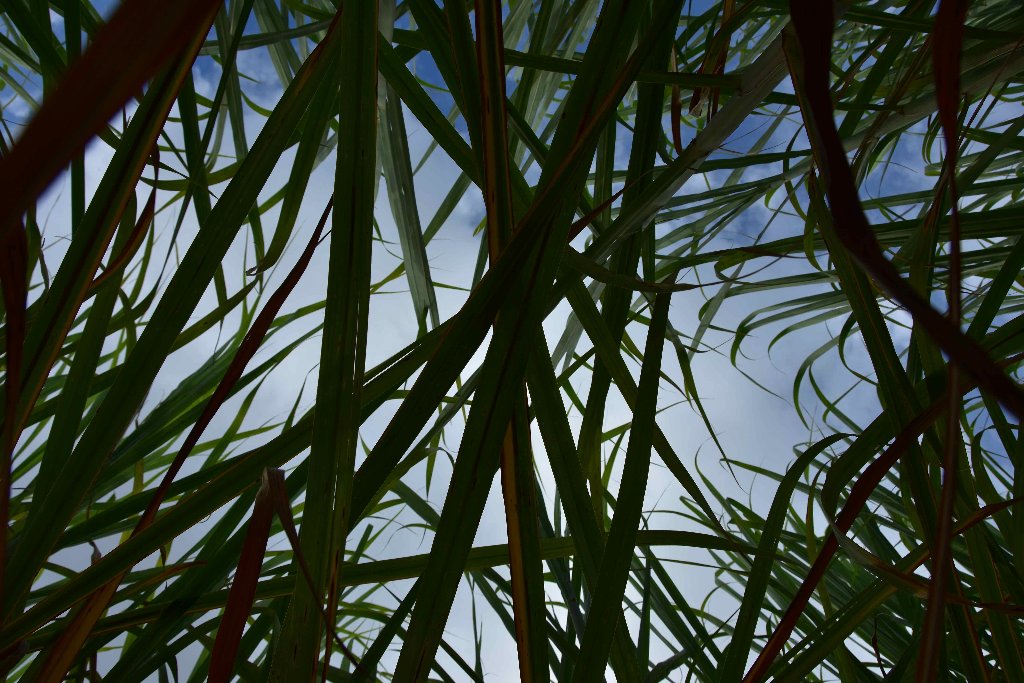 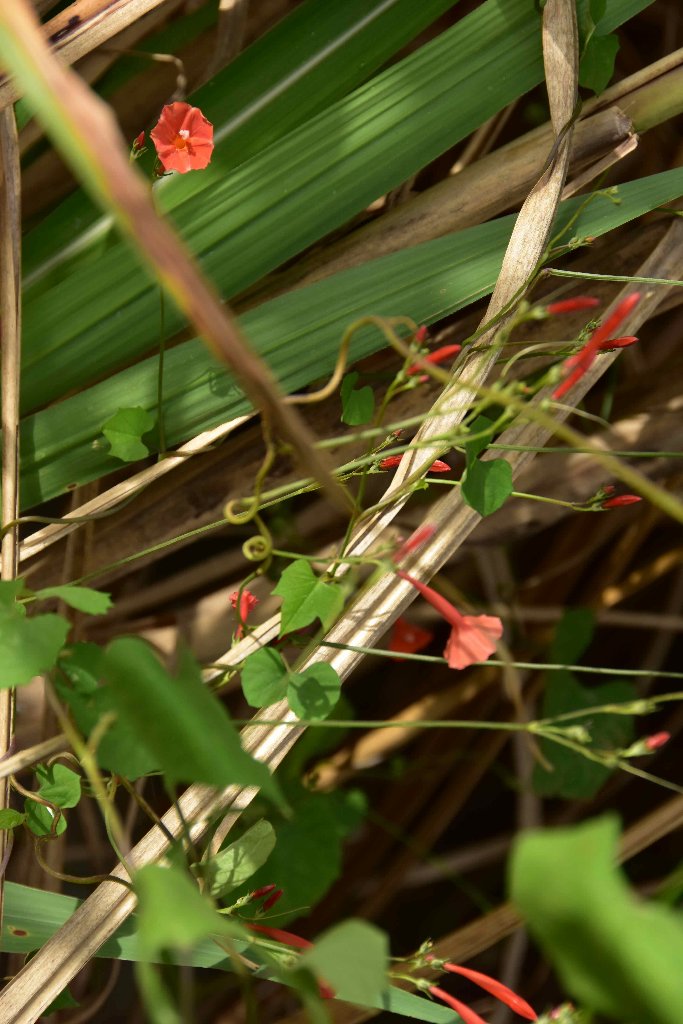 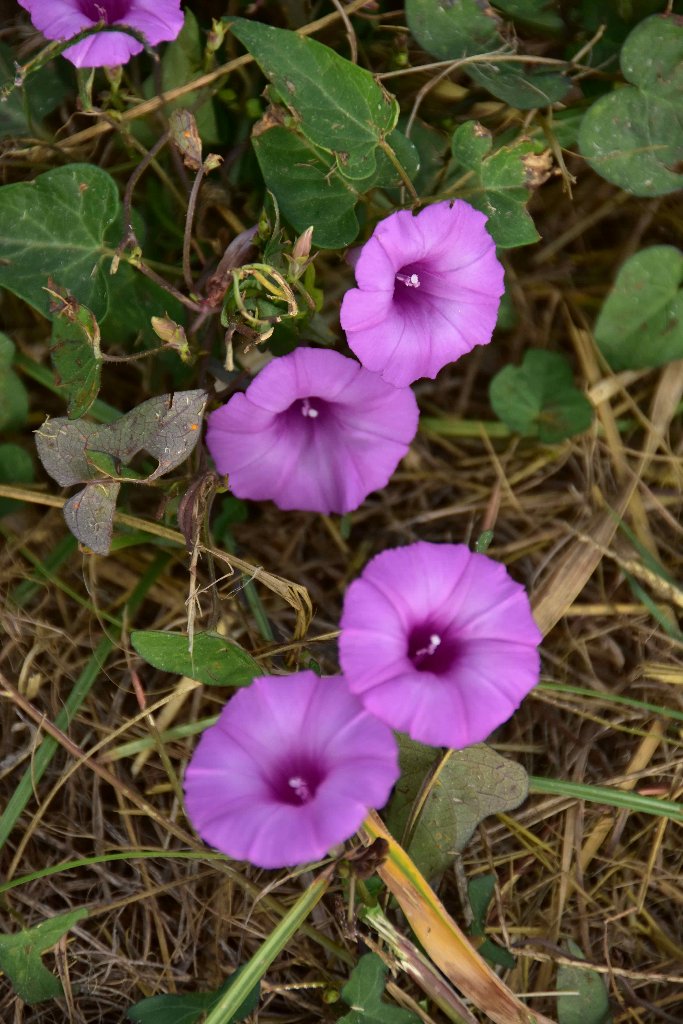 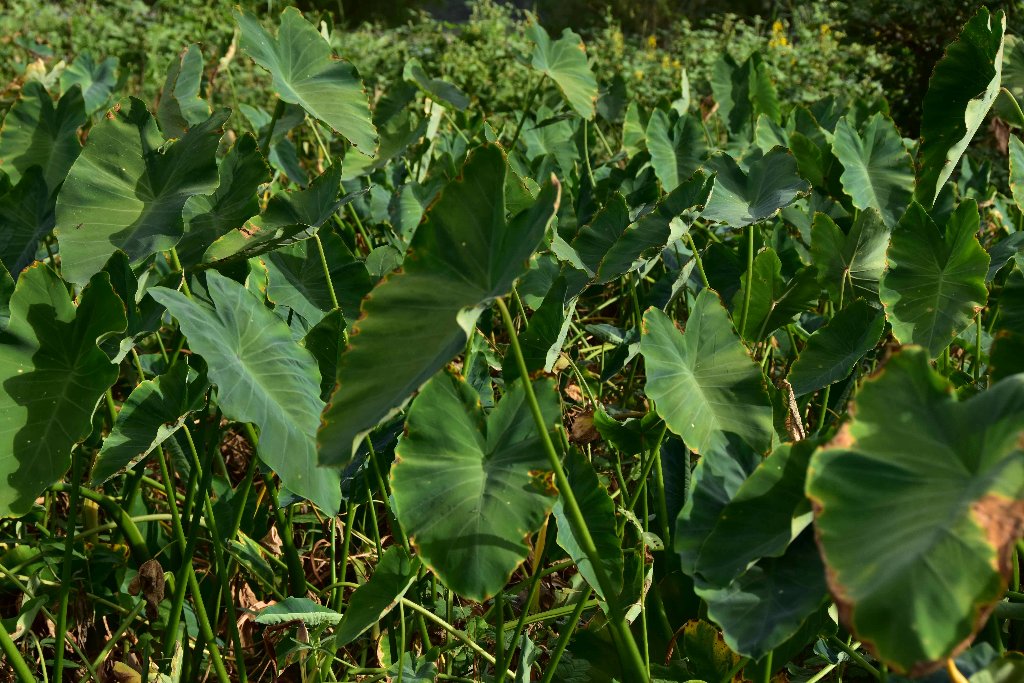 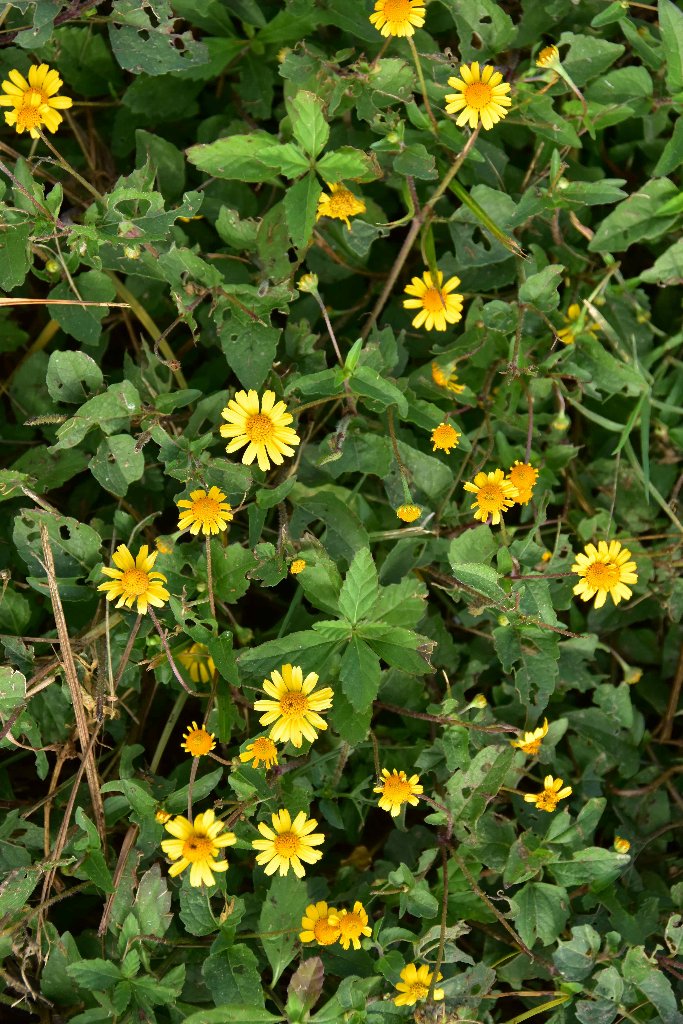 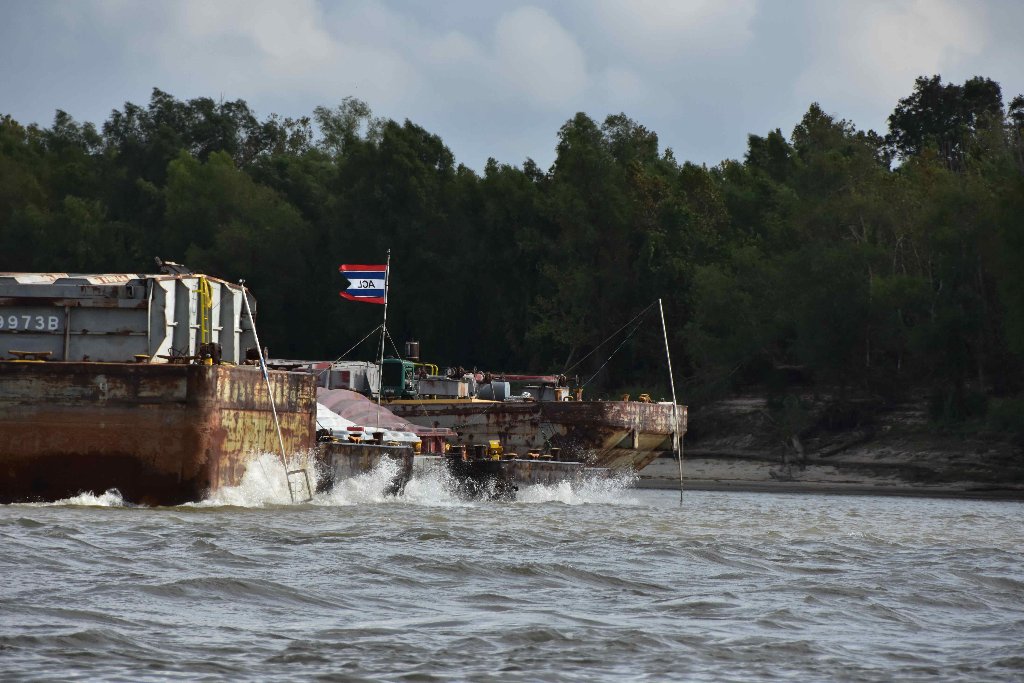 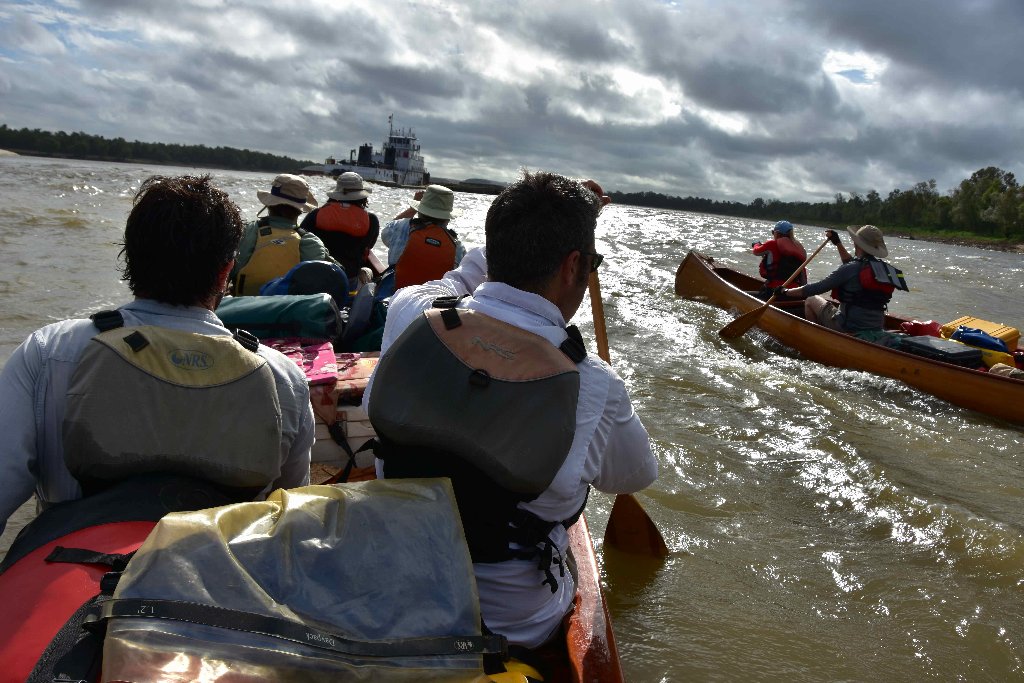 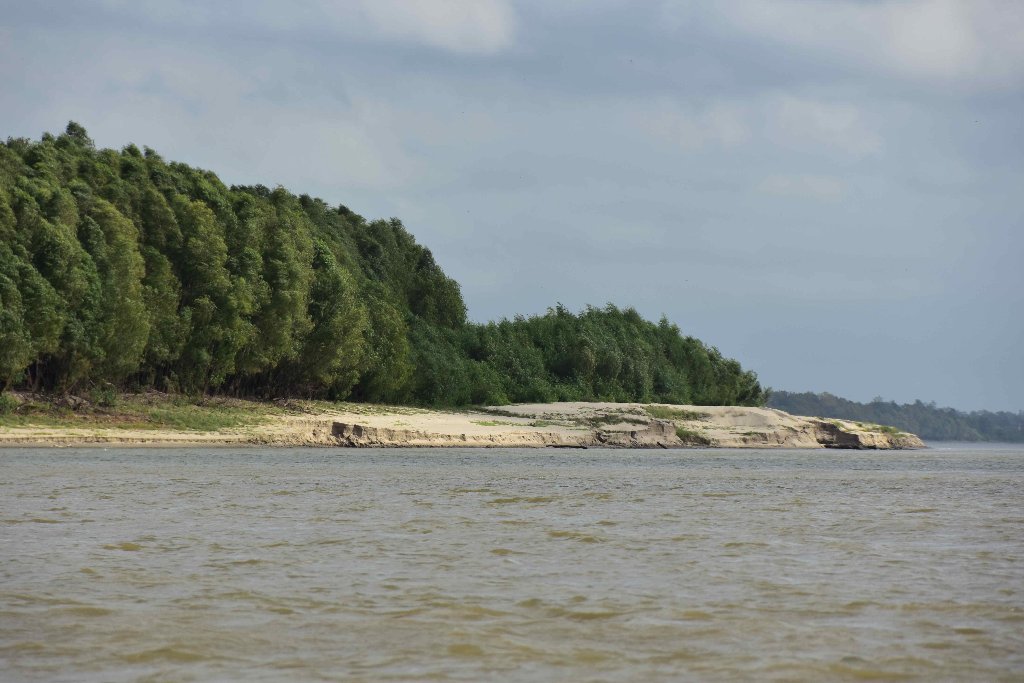 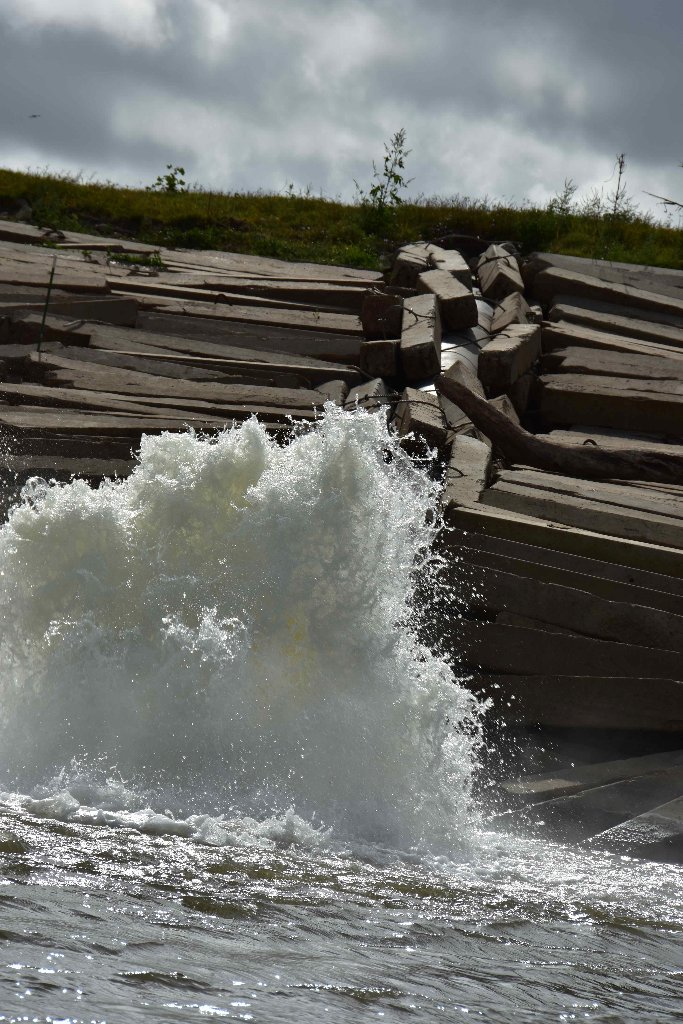 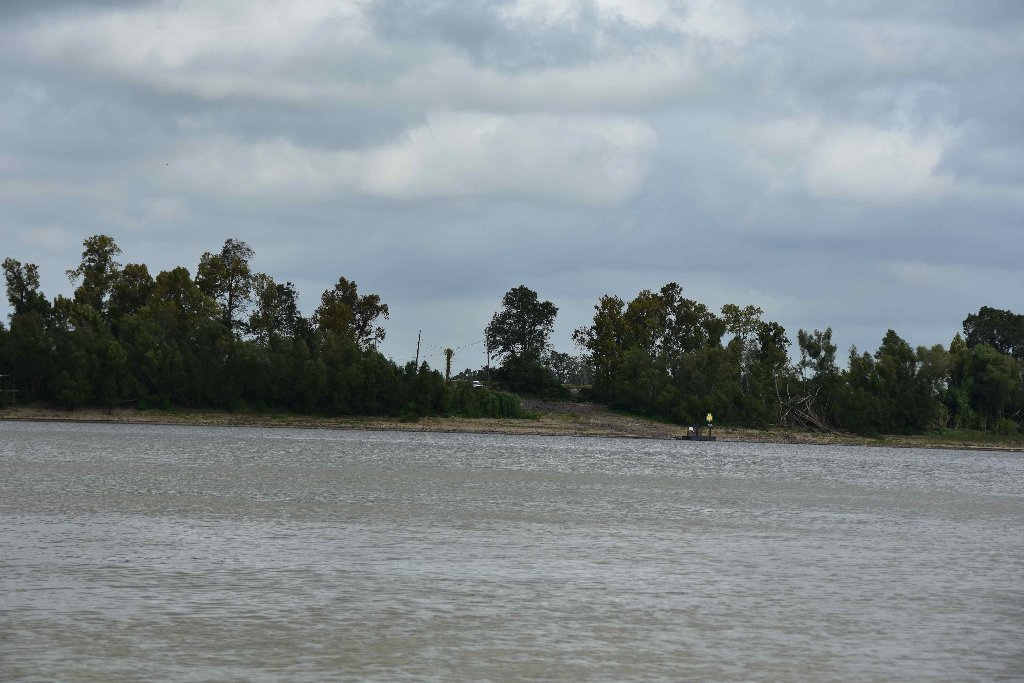 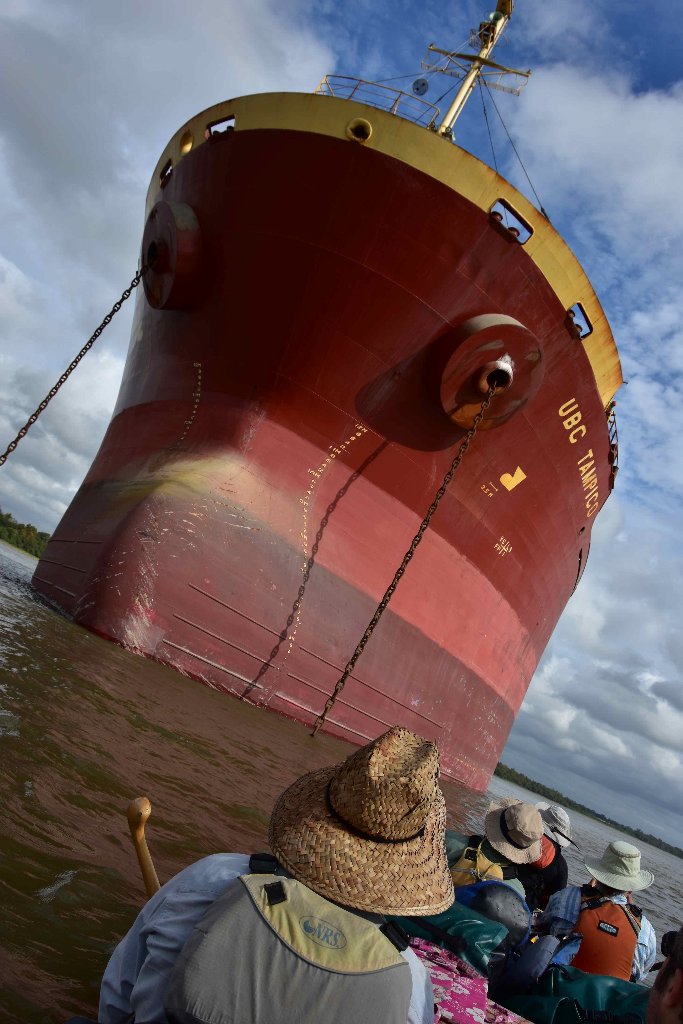 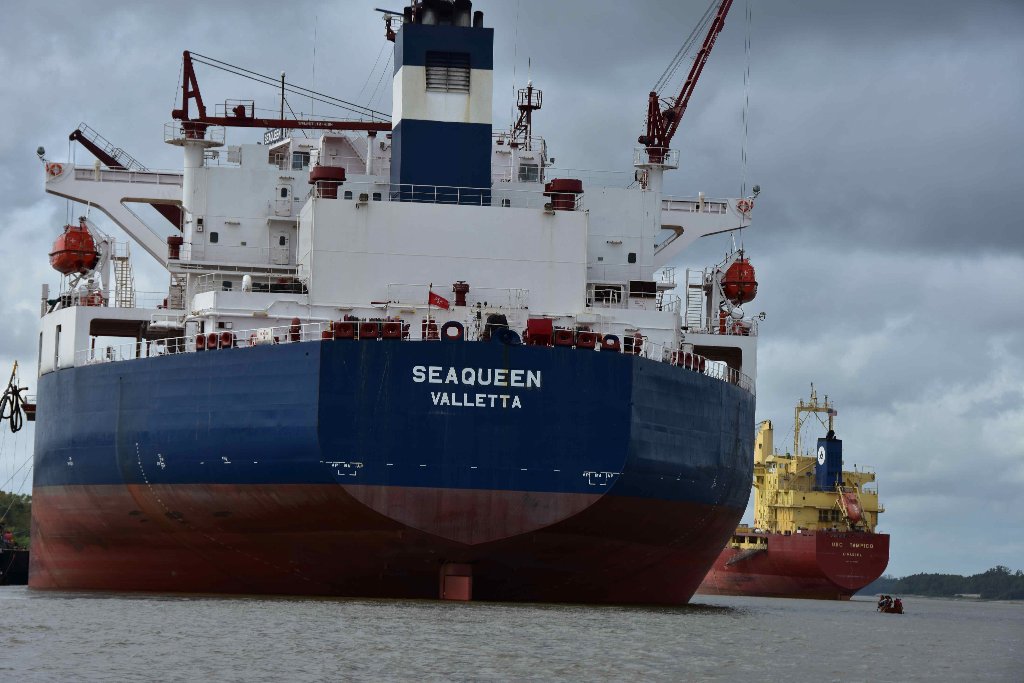