Possible exit to the Gulf of Mexico via long series of lakes, chutes, bayous and bays that empty into Cape Breton 20-25 miles SE.

The tight bend Poydras Bend experienced crevasses at Poydras and Caernarvon. The Caernarvon Freshwater Diversion was opened in 1992 to allow the natural process of sedimentation to help restore the disappearing swamps south and eats of here. As result of this opening, paddlers could portage over the levee and enter the waterway below for a possible expedition conclusion in the Gulf of Mexico following the long series of lakes, chutes, bayous and bays that empty into Breton Sound 20-25 miles SE. You would have to make some open water crossings along the edge of Breton Sound, and work your way back up another opening further downstream, such as Mardis Gras Pass, or maybe Baptiste Collette. The possibilities for conclusion of your Mississippi River expedition are almost endless from this opening on downstream!

The Caernarvon Freshwater Diversion has come under fire from area anglers in recent years. The structure is a controlled break in the Mississippi River levee designed to allow fresh water into the marshes of St. Bernard and Plaquemines parishes. Early in the diversion’s life, from 1992-1994, research by the Louisiana Department of Natural Resources Coastal Restoration Division showed a net increase in marshland of 406 acres in the sampled area. DNR trumpeted the results, and also pointed out that the area held seven times the amount of freshwater plants than before the diversion was opened and supported fewer than half the amount of saltwater flora. But a fundamental flaw with the Caernarvon structure may be that it was designed to minimize the amount of sediment that passes through its five gates. The facility is a true freshwater diversion, not a sediment diversion, which is also true for Caernarvon’s larger neighbor to the west, the David Pond Freshwater Diversion. Some people believe that Dredging is the only solution to saving the coast. Indeed, the state’s coastal master plan calls for a sediment diversion that would be capable of dumping 5,000 cubic feet per second of river water into the Violet area. The project is scheduled for the first implementation period of the plan, which includes all projects completed by 2031. This phase of the plan also calls for sediment diversions of 50,000 cfs near Black Bay, 250,000 cfs near Braithwaite, 5,000 cfs near White Ditch, 50,000 cfs near Myrtle Grove and 50,000 cfs near Empire. The plan also includes small freshwater diversions into Bayou Lafourche and the Blind River. Sediment diversions are key components of the master plan because saving Louisiana’s coast is impossible without them, according to Graves. The plan calls for $20 billion to be invested in dredging and other mechanical forms of marsh restoration, but that technique is very inefficient. (Nola.com)

Best camping below New Orleans, good in low water, 0-8NO Gage. Good protection from north winds or storms approaching from north or northwest.

Twelve Mile Point is the best camp within 20 miles below New Orleans. At low water (2-8NO gage) you’ll find a series of low dunes right bank descending at this point and extending downstream for hundreds of yards, in between outcroppings of willow. Pick the highest place not already occupied and paddle in for estimate of bank height vs. water level. Big waves crash ashore here, up to 3 feet tall, so make sure your intended campsite is 3 feet above water level if possible. BTW: welcome to Plaquemines Parish, the last parish along the Mississippi River in Louisiana! Slowly but surely you’re checking off all of the “very last of” from the list, first the last bridge, now the last parish. Soon it will be the last refinery, the last town, the last boat ramp, and then eventually the last bend of the river, leading to the last fork, and into the last pass, and then finally the last mile, and then at long last, the very last paddle stroke — you’re almost there paddler! As we say on the river, “it’s just around the bend!”

A bulk liquid terminal. The terminal operates both as a domestic break-bulk facility and as an international distribution hub. The facility has 68 tanks with a total storage capacity of 81,532,920 gallons. The terminal handles petroleum products, chemicals, and vegetable oils.

Private boat ramp located below and behind the last of the Stolthaven docks. Only land access is through Stolthaven gate of English Turn Road (LA 3137).

Good camping, but not as high as 12-Mile Point. Good protection from south wind or storms.

Sandbars on Shingle Point are dry up to 7NO gage. There is an intriguing wetlands/pond behind LBD 78 Shingle Point begging for birders and exploration, but watch out for gators. The camping opportunities are more limited here than nearby 12-Mile Point, with lower grounds and less extensive sandbars. On the other hand Shingle Point would make great protection from southerly storms or winds.

English Turn Bend and makes a tight turn in excess of 90 degrees around Shingle Point, which means another blind corner. In addition to the usual unknowns coming around a blind corner, the currents are powerful here even at low water, and a giant eddy forms around Shingle Point, extending halfway across the channel. This eddy forces all of the fast water into a single concentrated flow, a giant tongue to use whitewater paddler’s language. This giant tongue sticks out a miles down into the bend, curving southward as it goes. Upstream freighters (and other traffic) tend to stay in the slower water closer to Shingle Point. Downstream traffic meanwhile will remain solidly in the middle of the channel and follow the faster water as much as possible. For the freighters, fast water usually means deeper water, which is their ultimate concern, as result of their 45 foot draft full loaded.

“You are on the Wrong River!”

On September 16, 1699, Jean Baptiste LeMoyne, Sieur de Bienville, was descending the Lower Mississippi in a small boat with a handful of men when he met an English ship that had dropped its anchor in a great bend of the river below the bend in which the city of New Orleans is now located. The ship was under the command of Captain Lewis Bond, who had been engaged to take a group of settlers to the Mississippi to establish a British colony on the lower reaches of the river. Bienville, a lad of 19 at the time, had an air of authority that belied his years. Haughtily informing the English captain that he was on the wrong river, Bienville declared that this one was claimed by the French. A large force of French ships and French soldiers was following close behind him, Bienville added casually, and should appear in the bend above very soon. The young Frenchman’s monumental bluff succeeded. Captain Bond raised his anchor, turned his vessel, and hurried back out into the Gulf of Mexico. From that time forward, the bend was known as “English Turn.” (Braggs)

Later the French officials erected a small fort on the west bank at English Turn. The old fortification, called Fort St. Leon, was strengthened by the Americans during the War of 1812, when batteries were erected and a garrison was stationed there for the protection of New Orleans.

Various Forts guarded the City of New Orleans from advancement up the Mississippi River. But being such a big river, protection could not be insured unless you built two forts, one across the river from each other. This is the case here within English Turn Bend (Fort St. Marie and Fort St. Leon) and will be true again at Plaquemines Bend (Fort Jackson and Fort St. Philip). 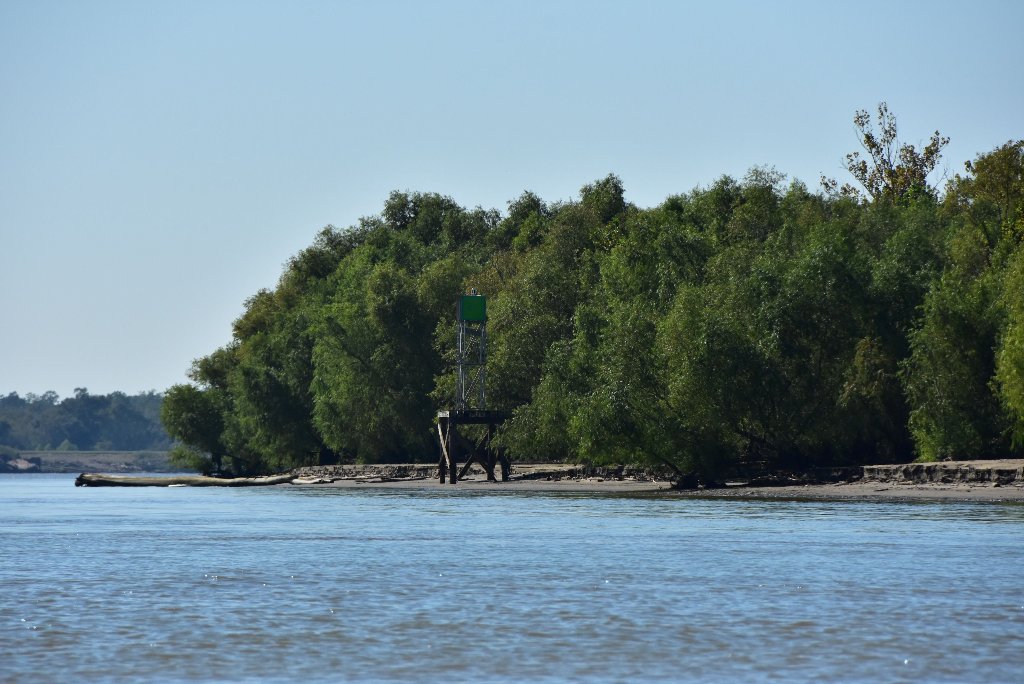 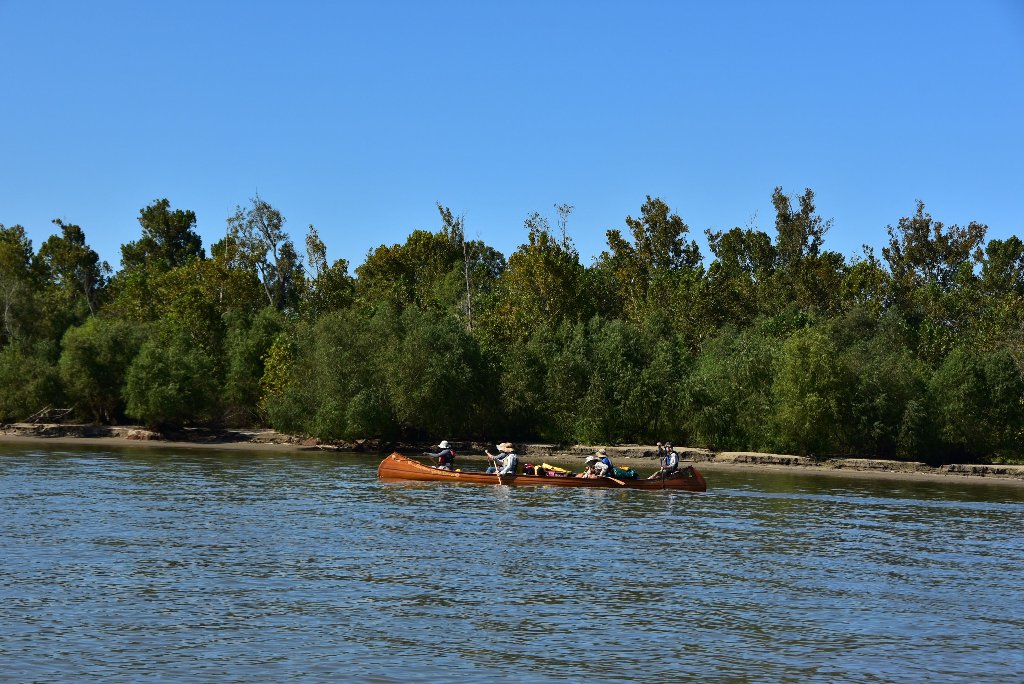 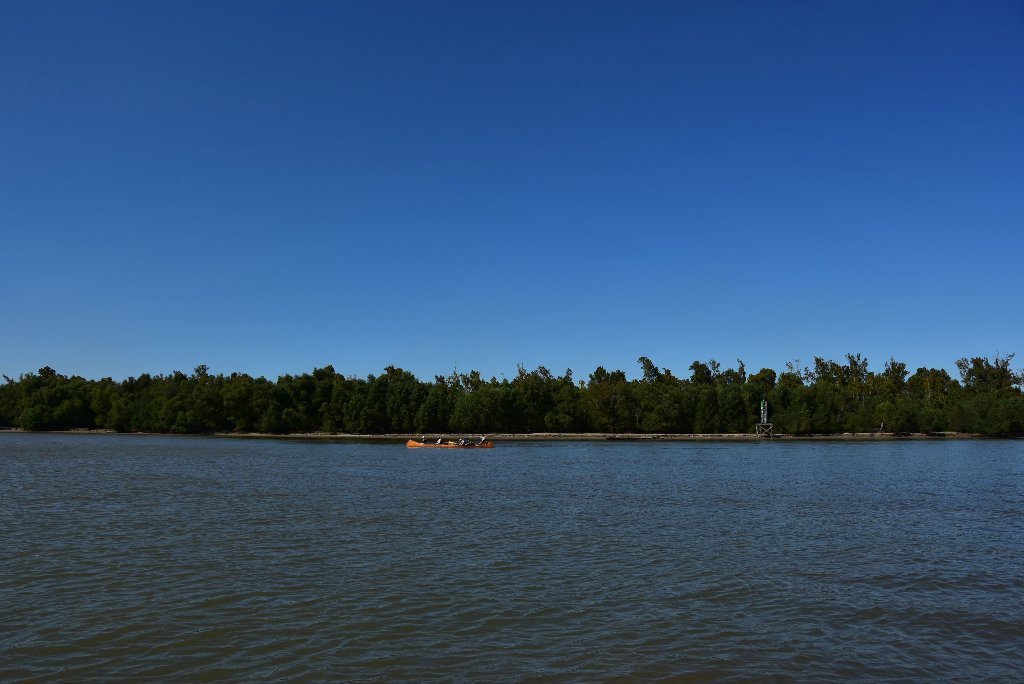 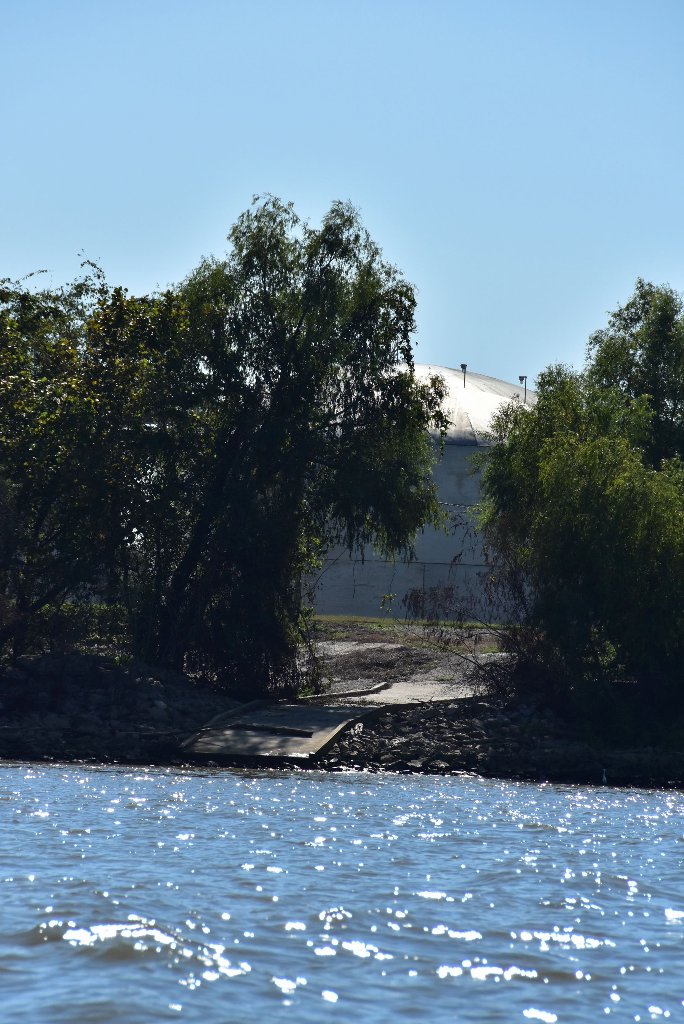 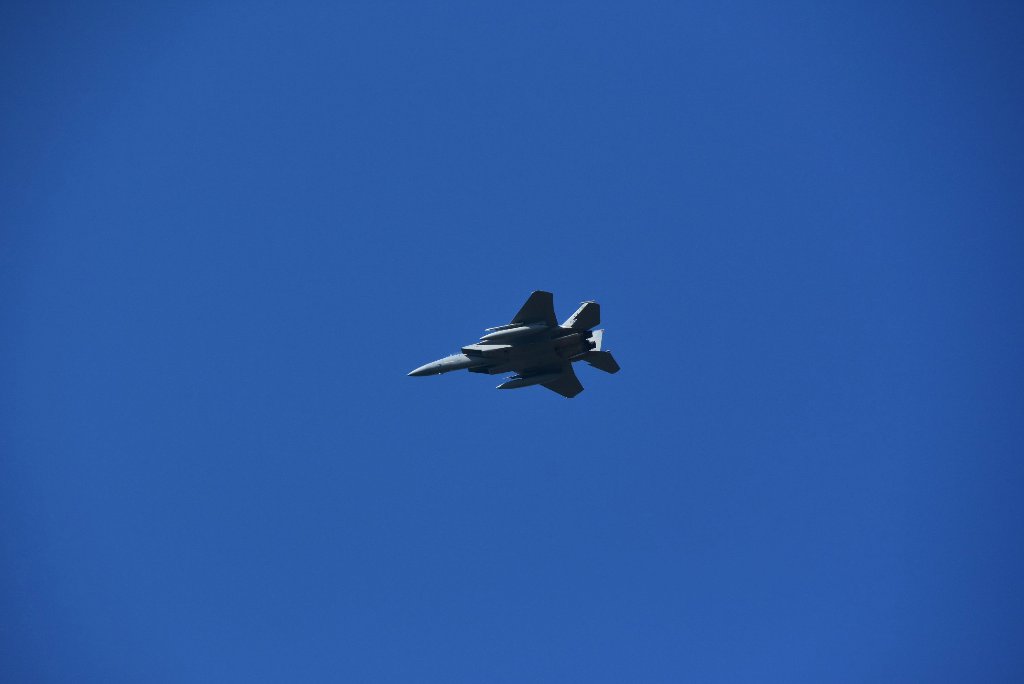 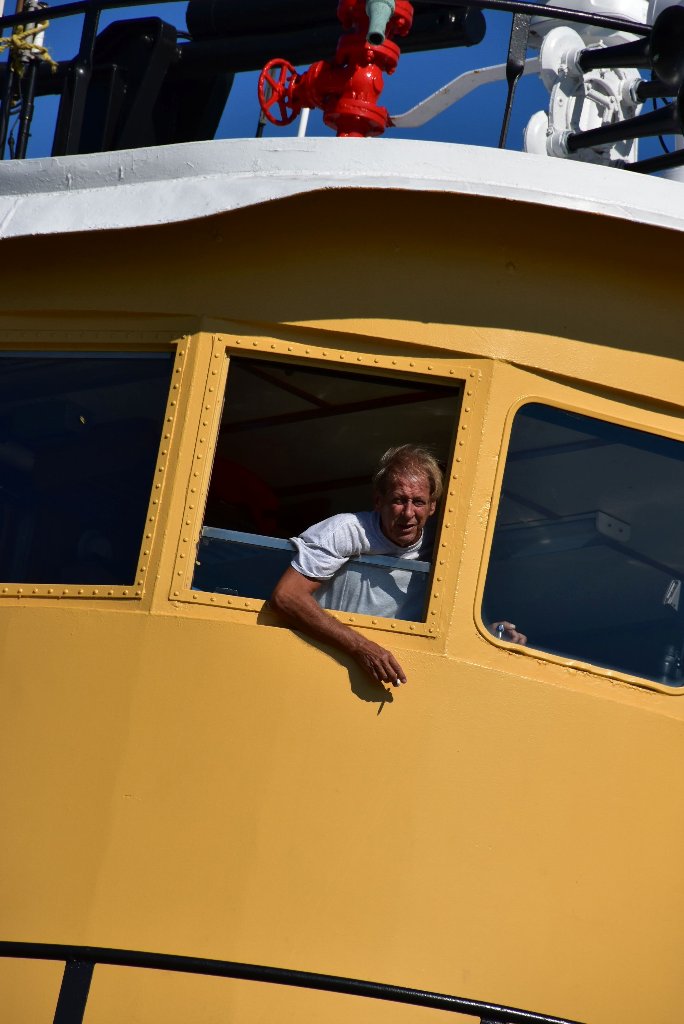 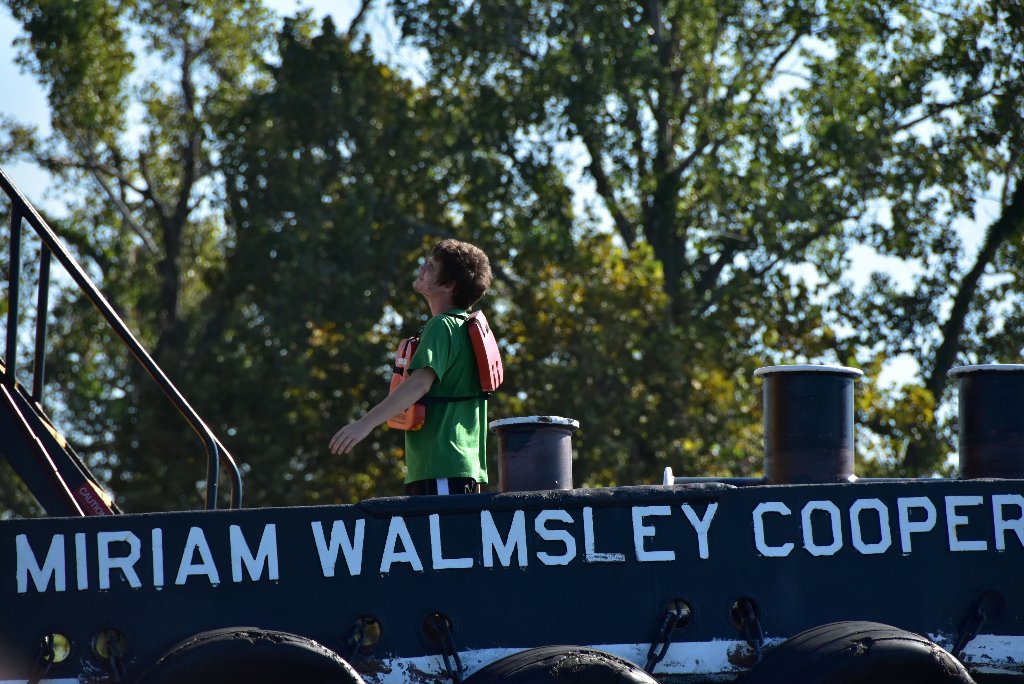 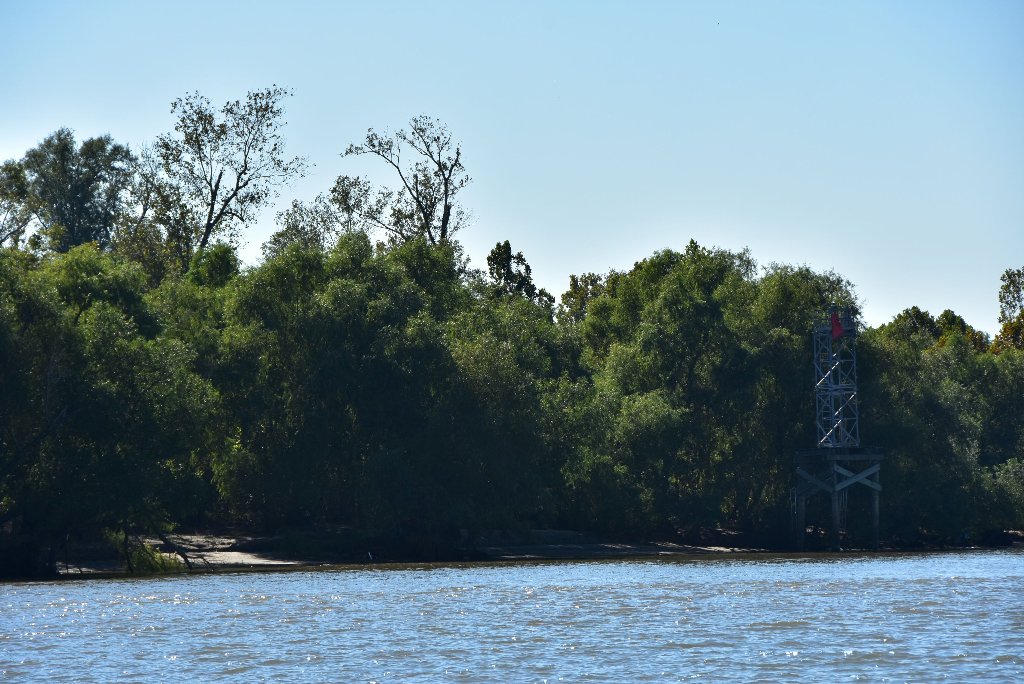 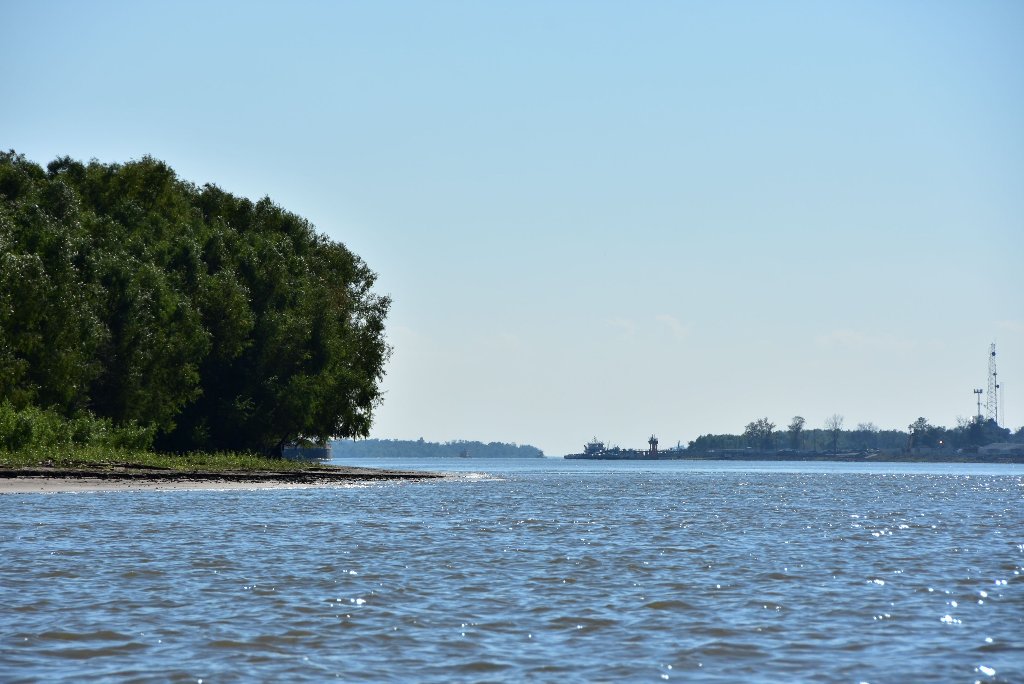 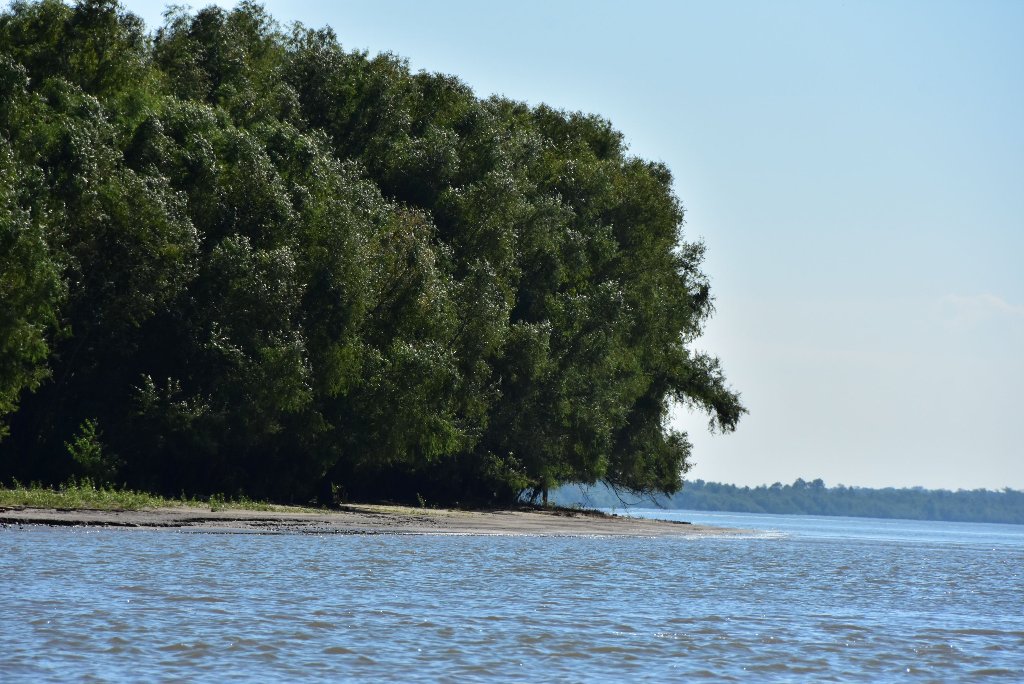 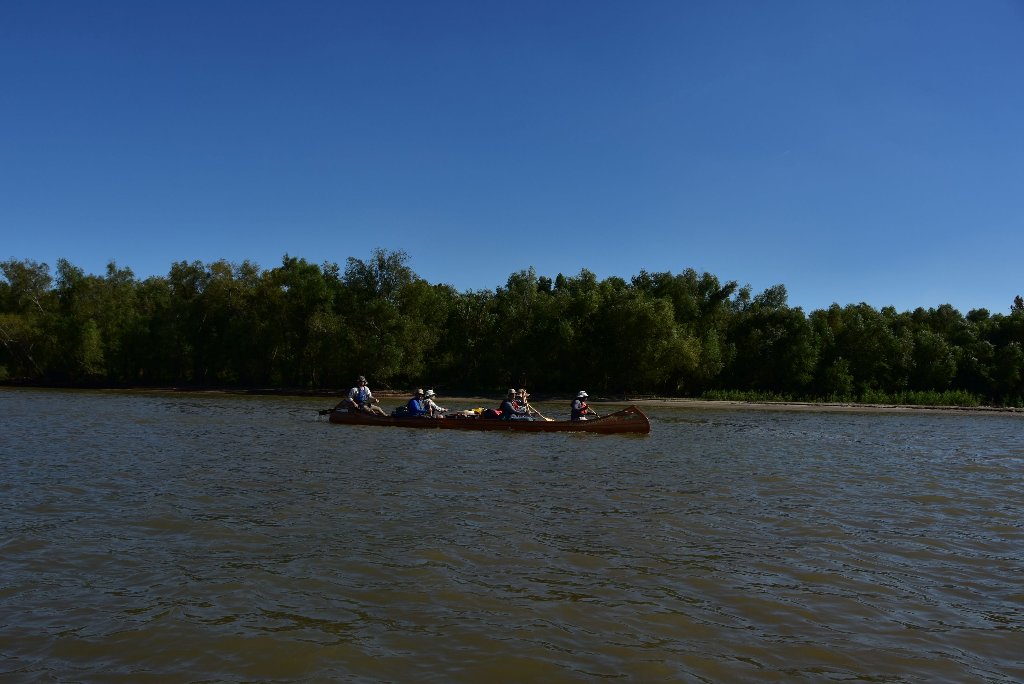