Established in 1834 as an enclosed and fortified compound facing the Mississippi River, the compound was built with high brick walls enclosing an area 1,500 feet by 560 feet. Three-story round towers were at each corner with embrasures for cannon and muskets. Inside the compound were four two-story barracks arranged in a quadrangle and officer quarters arranged along a rectangular parade. A hospital complex was built outside the compound in 1848.

Besides serving as a local area support complex, it served as an embarkation point for troops going to the Seminole War II (1835-1842). During the Mexican-American War it served as a hospital for returning wounded. It was seized by Louisiana troops in 1861 when the U.S. Civil War began but was soon reclaimed when Union troops retook New Orleans, 1 May 1862. The post was renamed for Andrew Jackson after the U.S. Civil War in 1866.

Now maintained by the State of Louisiana for use by the Louisiana National Guard. Many of the old buildings remain, including the four barracks and the two north towers. This is an active military post and access is controlled.

One of the oldest sugar refineries in the country, the Domino Sugar refinery began operating on May 17, 1909. Today the refinery is said to be the largest in the Western Hemisphere and produces 2 billion pounds of sugar annually, or about 7 million pounds a day. After Hurricane Katrina, the refinery was a central staging point in the rescue effort of St. Bernard Parish. Residents were brought by boat to the safety of the tall, sturdy building. They were then ferried to the Algiers Street Ferry Landing, before being bussed to shelters around the country. St. Bernard Parish, and Plaquemines Parish to the south, were some of the worst-flooded areas during Katrina. They are the Greater New Orleans parishes that suffer the most immediate effects of the wetlands degradation – with exaggerated tidal influences, economic downturn, and higher flood-insurance costs. (Wolf E. Staudinger)

This small harbor between Domino Sugar and Chalmette Battlefield is part of the Port of St. Bernard.

There is a small harbor created by old concrete abuttments on the East Bank at 90.5, directly below the Chalmette National Battlefield. This would make a good landing to visit the battlefield. It also might make a possible campsite, but there it is mostly muddy, with very little sand, and little protection from nearby industry within the Chalmette Slip No’s 1 and 2.

Site of the Battle of New Orleans, a series of engagements fought between December 24, 1814, and January 8, 1815, together constituting the final major and most one-sided battle of the War of 1812. Now part of the National Park system and open to the public. The landscape was an integral part of the American victory at New Orleans. The British simply could not anticipate all of the challenges of the swampy landscape. Local residents, including the great pirate Jean Lafitte, used this to their advantage in the battle. One British fleet apparently misunderstood the current of the river and was swept far enough downriver to miss the battle completely. Local lore says that the Ursuline nuns gathered together on the eve of the Battle of New Orleans (in the Urusline Convent, which you can visit in the French Quarter), and prayed to the Virgin Mary for a miracle. They prayed to Our Lady of Prompt Succor, the patroness of the city. The next morning, as the two sides gathered at the Chalmette Battlefield, a thicker-than-normal fog clung to the wet earth. It stayed long enough for the British to walk unsuspectingly into the American ranks, where they were brutally killed. The field where they died has been preserved beyond the levee. New Orleanians attributed the victory to the Virgin. They still pray to Our Lady of Prompt Succor to protect the city when Hurricanes approach and gang violence spikes. (Wolf E. Staudinger)

During the Vietnam Conflict many Vietnamese refugees were resettled to South Louisiana, the thought being that refugees from the Mekong Delta would feel most comfortable in the Mississippi Delta and have opportunities as fishermen and in the seafood industry. A large population of Vietnamese Americans developed in New Orleans East as well as on the West Bank. It is said to be the largest concentration of Vietnamese people outside of Vietnam. One of these communities is a neighborhood in New Orleans East called Versailles which is centered around Mary Queen of Vietnam Catholic Church. The residents of Versailles live in typical 60’s and 70’s suburban style homes but many backyards and the nearby fields are filled with gardens growing all manner of vegetables, often being tended by folks in traditional conical hats. The water for the gardens, as well as fish, comes from the lagoons and bayous that flow around the neighborhood. Following Hurricane Katrina the residents found out that a landfill for hurricane debris was to be built adjacent to the neighborhood and on a bayou connected to their waterways. The residents, who traditionally kept a low profile and avoided conflict with those outside of their community, organized and began to fight the landfill. Public hearings were flooded by residents, often requiring overflow rooms to hold everyone. The landfill was ultimately shut down before it had accepted very much waste some of which was removed but some still remains. The community is now working to increase its sustainability and developing community based farms and aquaponics. (Paul Orr)

In 1951 Kaser Aluminum built an aluminum smelting plant in Chalmette, La. taking advantage of inexpensive natural gas, government incentives and a high demand for aluminum from the U.S. government stockpile. Alumina (aluminum oxide), made from bauxite at the Kaiser plant in Gramercy, La., was electrolytically reduced to aluminum in 1,296 reduction cells with cryolite (NaAlF6) and caustic wash. The plant was producing 260,000 tons of aluminum per year at its peak production.

Over the decades a rectangular tract of land to the west of the plant was used by the facility to dispose of wastes in landfills and treatment ponds. The area now has a 30 foot tall hill of waste covered with a clay “cap.” This waste primarily consists of spent potliner a reactive and corrosive material that contains fluorides and cyanides as well as metals. The former Kaiser Aluminum plant site is now owned by St. Bernard parish and is used for the Chalmette Terminal and Industrial Park. (Paul Orr) 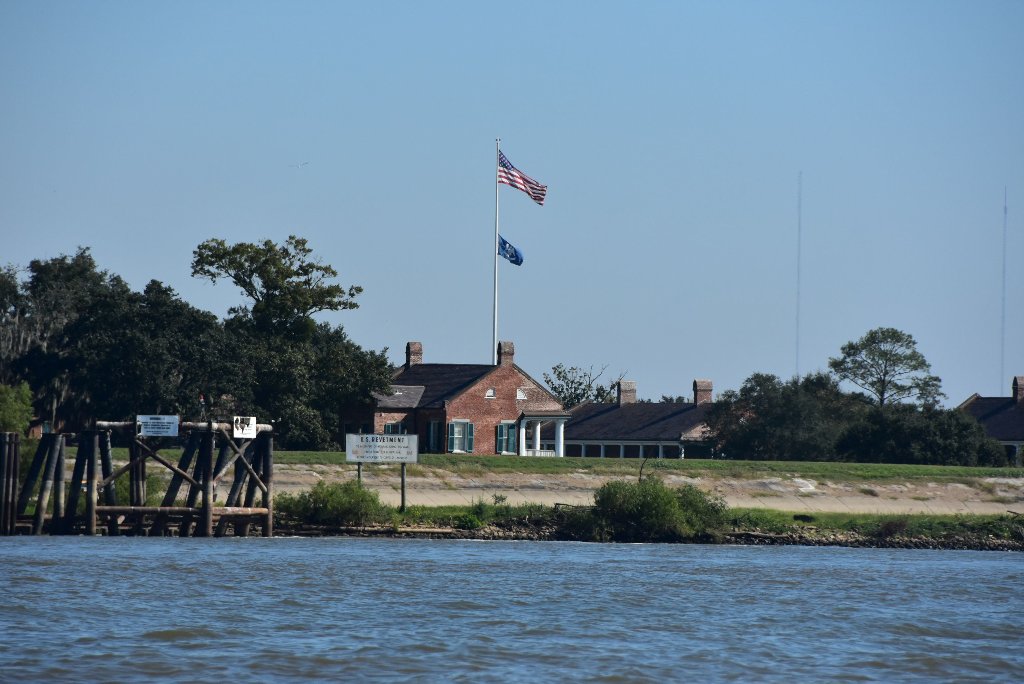 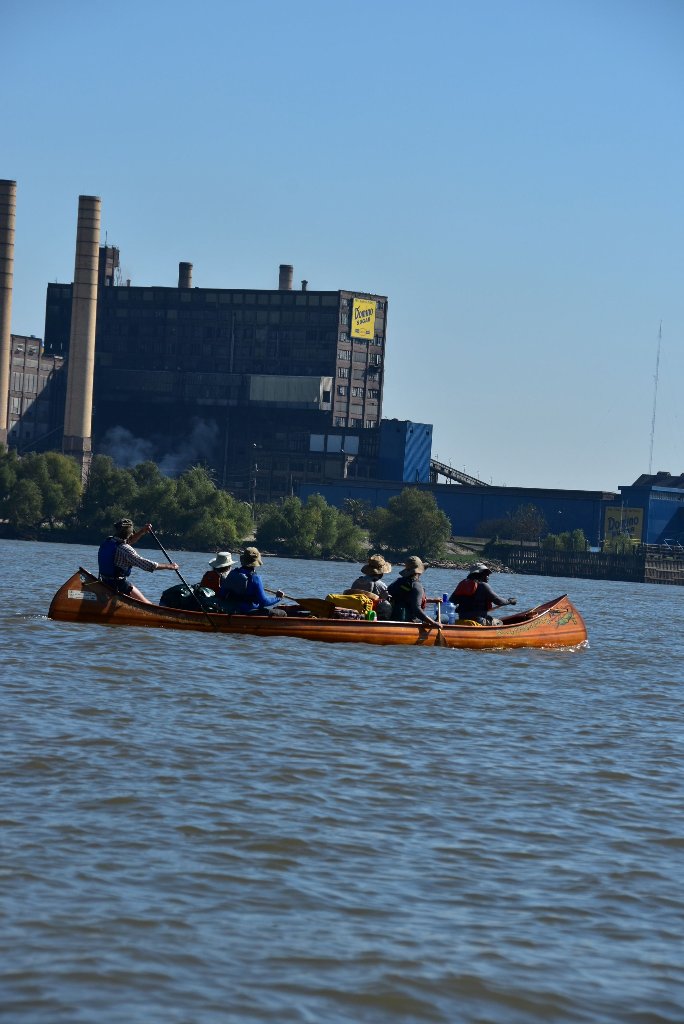 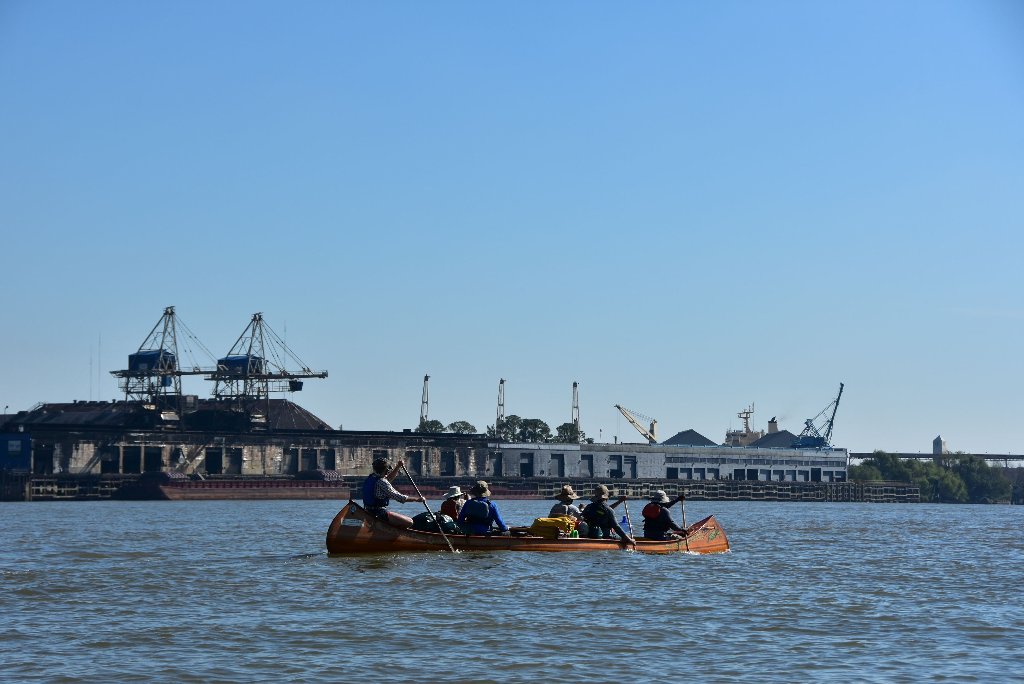 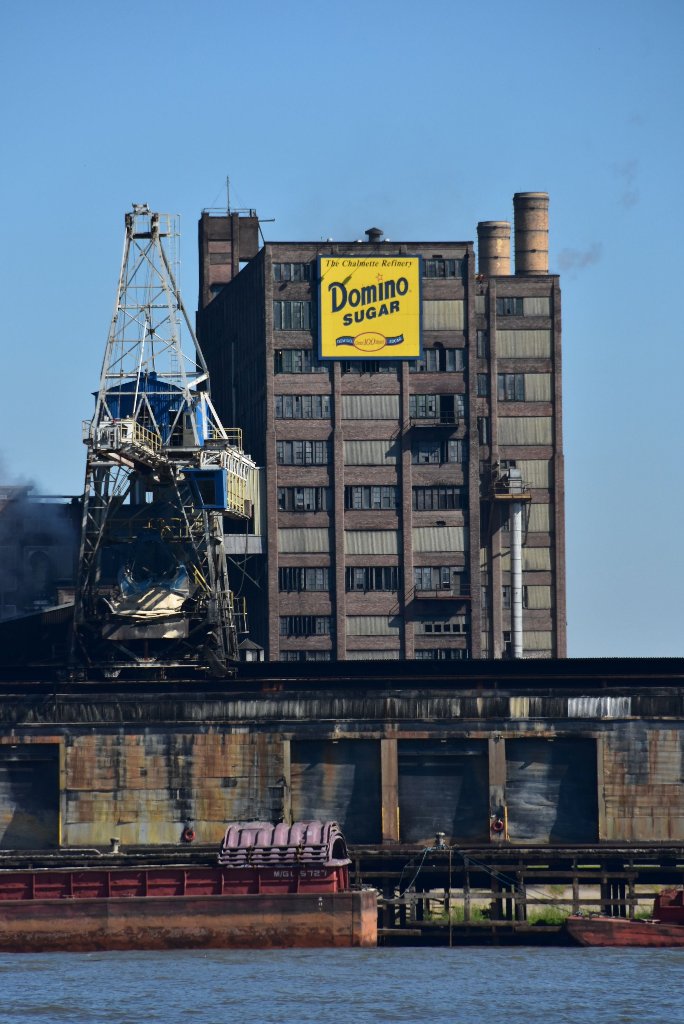 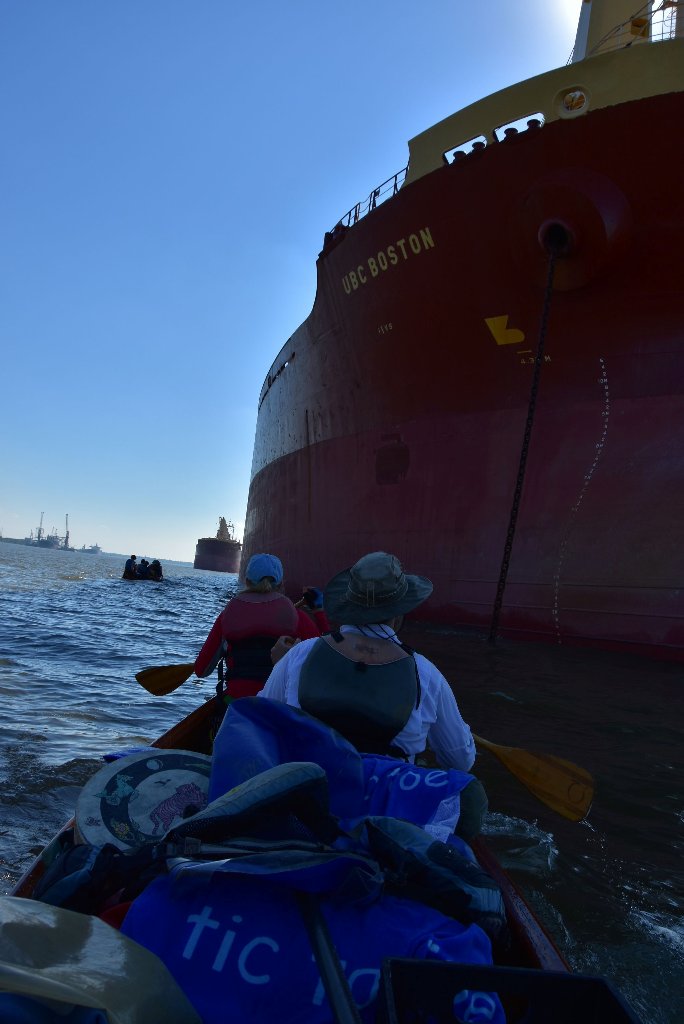 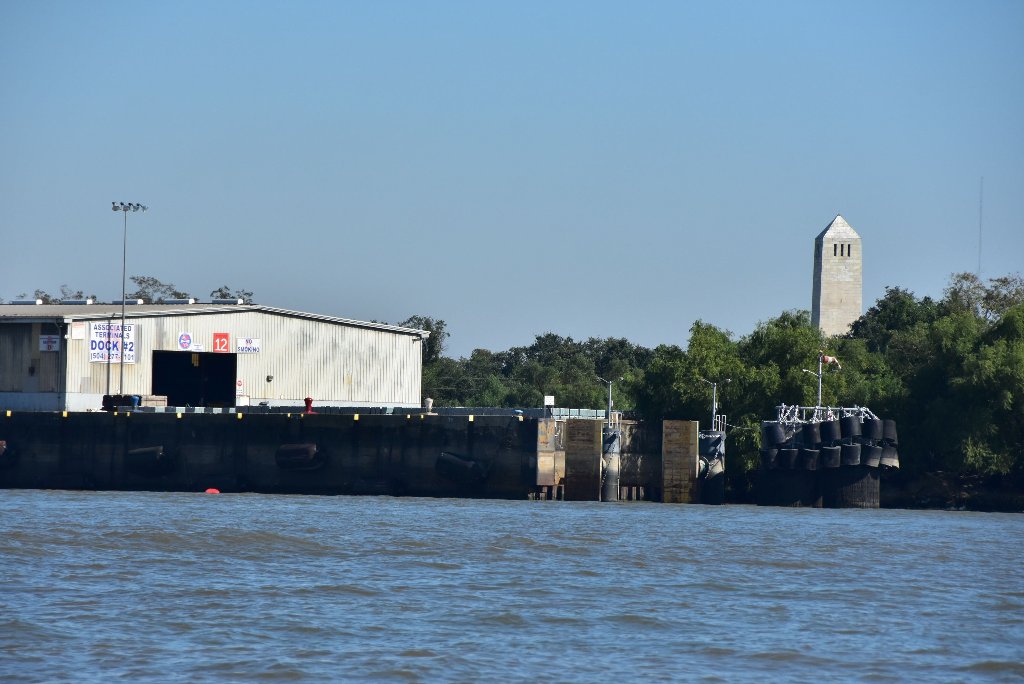 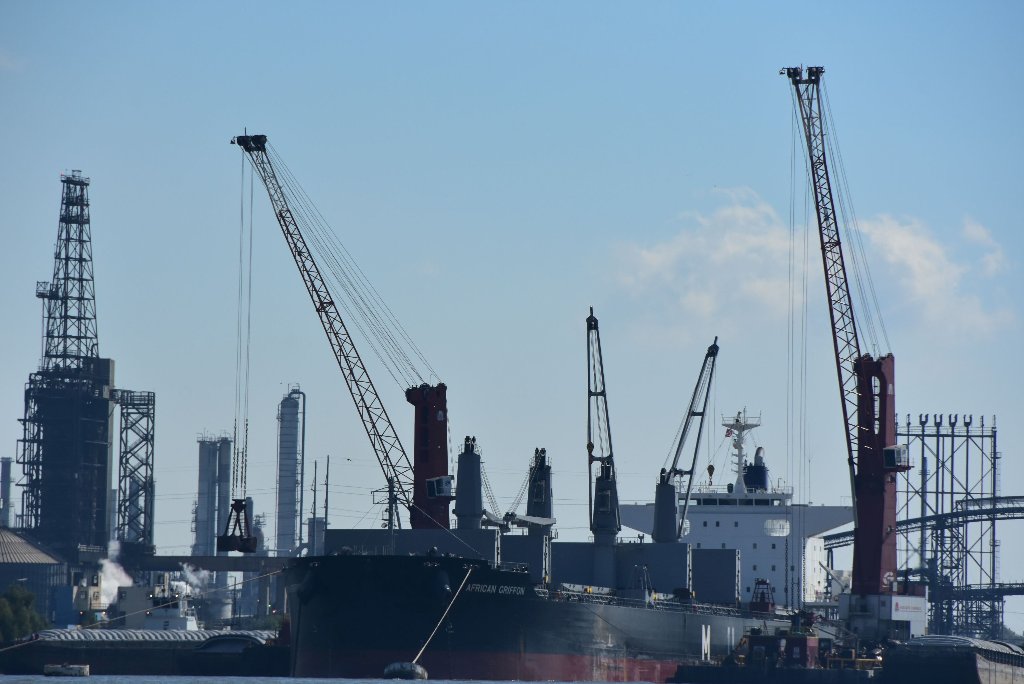 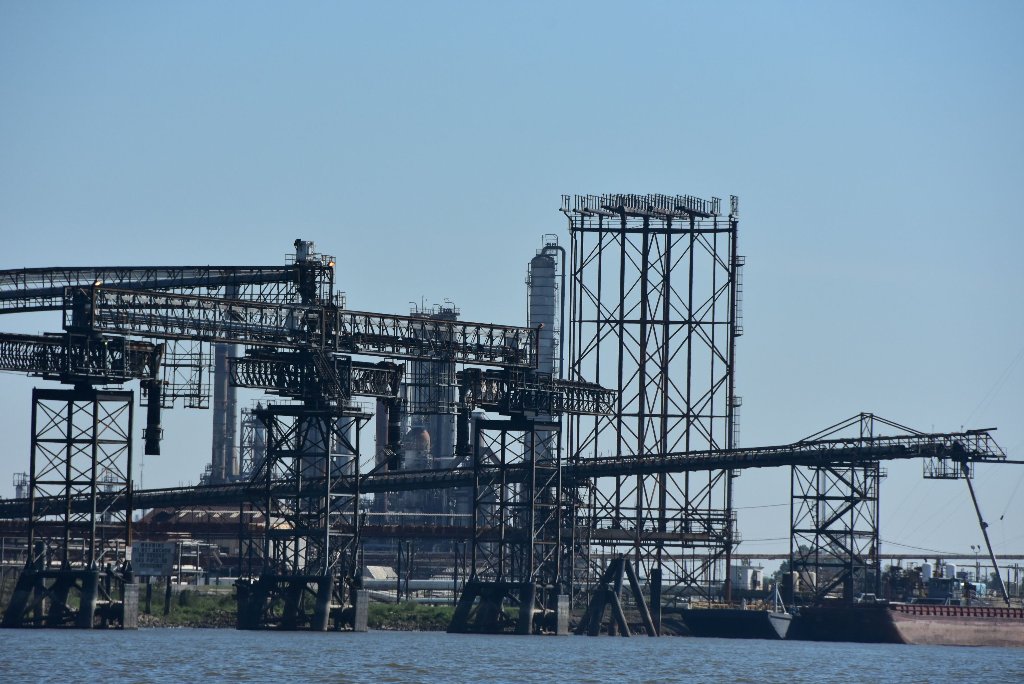 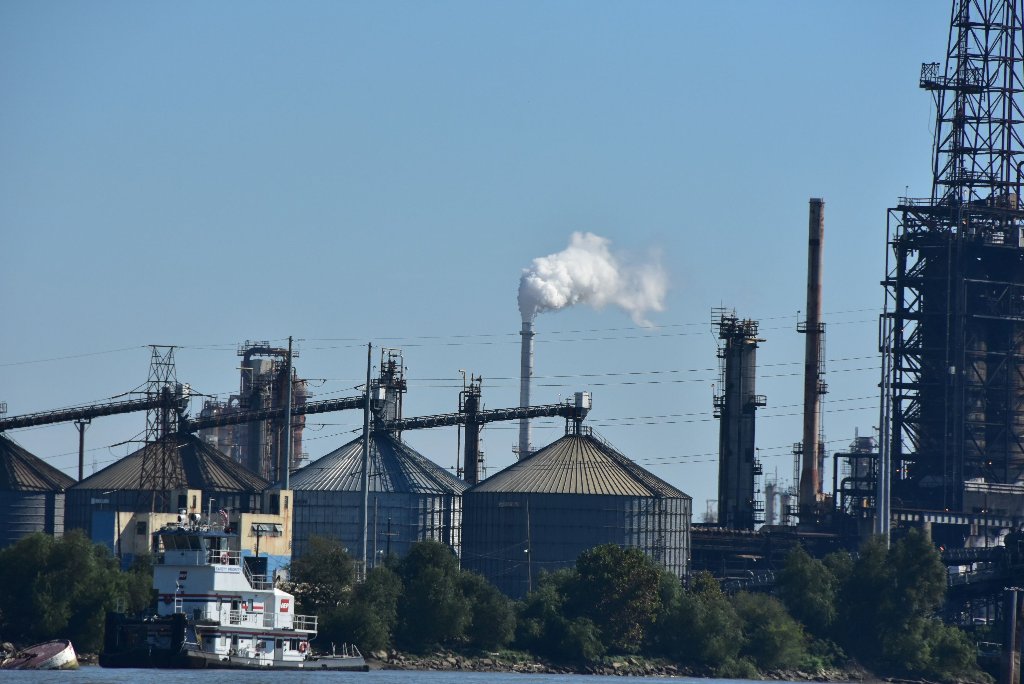 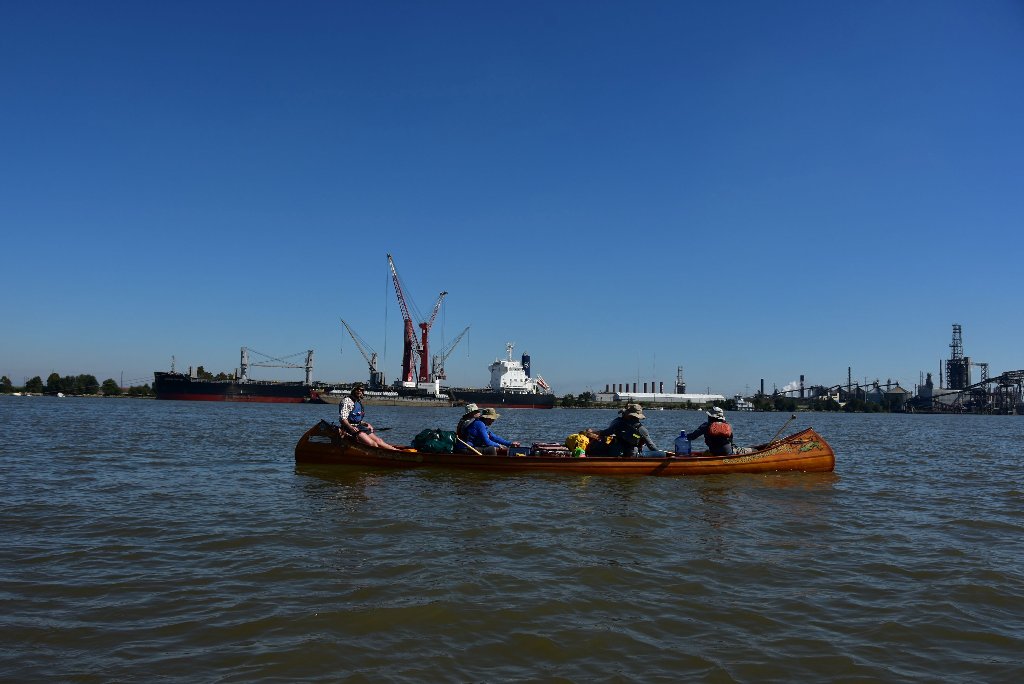