Over the Edge of the Earth

As you complete your turn around Jesuit Bend, dear paddlers, you will be met with a most amazing sight: the view downstream allows vision a dozen miles through a mostly straight passage that seems to take the river right over the edge of the earth!

After a brief respite at Will’s Point big industry resumes with the towering cracker-units and massive steam emissions of the Conoco-Phillips Alliance Refinery. Things quiet down around Poverty Point, but the river gets squeezed one final time bank to bank by fleeting and frieghter anchorages below Myrtle Grove Bend with the last of the giant bulk granaries on the Lower Mississippi River found at IMT (International Marine Terminals) East Bank and TECO West Bank.

The last Bottleneck of Big Industry?

Is this the last Bottleneck of Big Industry? Yes it is! Congratulations paddlers! You can breathe a little easier from here on downstream, at least as far as side-to-side traffic goes. This industrial stretch is the last major bottleneck of big industry on Lower Mississippi River. Paddle’s Up! You’ve gotten through the worst of it. Scratch another “last of” off your list!

There are two very small refuges for paddlers at 64.4 on the West Bank, the first a tiny sandbar dry up to 8NO gage, and the other an opening in the bank created by a drainage ditch structure, a protected harbor at low and medium water levels, that could provide possible emergency shelter.

Paddlers descending Chemical Corridor often end up in the weirdest places imaginable for rest places, picnic spots and campsites. In Dec 2009 the Old Man River Expedition got hit by high winds in this stretch of the river towards the end of the day, and was forced to take shelter within a small rocky harbor below the towering crackers of this megaplix refinery. The camp was safe and secure, but certainly one of the strangest places ever to find shelter. Our foreground was the cold river bouncing along past our landing. To the rear, however, our camp ended at a high chain link fence w/concertina wire, and billowing cracker smokestacks sending amazing swirls of steam rotating and convoluting high into the sky.

The Alliance oil refinery was built in 1971 and is owned by Phillips 66. The single-train refinery’s facilities include fluid catalytic cracking, alkylation, coking, and hydrodesulfurization units, a naphtha reformer and aromatics units that enable it to produce a high percentage of gasoline, diesel and aviation fuels. Other products include petrochemical feedstocks, home heating oil and anode-grade petroleum coke. It has a 275,000 barrel per day capacity and can produce 125,000 barrels of gasoline per day. The majority of its refined products are distributed to customers in the eastern United States through major common-carrier pipeline systems and by barge.

Paddler, another landmark leading to the end of your epic journey down the Mississippi River: the last big grainery! This CHS, Inc. grain terminal contains 4 loading spouts and boasts a 6,464,000 bushel capacity. Here grain barges meet grain freighters and the bounty of America’s bosom helps feed the world. CHS Inc. is a Fortune 100 business owned by United States agricultural cooperatives, farmers, ranchers, and thousands of preferred stock holders. Based in St Paul, MN, it owns and operates various food processing and wholesale, farm supply, Cenex brand fuel, financial services and retail businesses, and is a co-owner of Ventura Foods, a vegetable oil processor. It is ranked 1st on the National Bank Cooperative Co-op 100 list of mutuals and cooperatives (ranked by 2012 revenue), and 69th (by 2012 revenue) in the Fortune 500 2013 list of United States corporations.

Possible low bar in low water, but not reliable campsite, goes under above 5NO.

Poverty Point makes for a good picnic site in low/med waters, fine for light weight canoes, kayaks or paddleboards, but could prove to be a difficult shallow bank for any larger vessels. Just below the mile marker you will find a small small muddy bar within an eddying place. Also, possible access to LA highway 39 over the levee through thick thorny vines and shrubs. Just below Poverty Point paddlers will find some broad shallow wetlands that would be great birding, but this place is low and close to the water, and looks like it would be a very difficult place to gain access and remain safe from the waves of passing ships. More exploration needed. Anyone who has more information about this location, please share via comments or email. Thank you!

Poverty Point, on the east bank of the Lower Mississippi, was the site of the first French settlement on the river. Located about 38 miles below the present site of the city of New Orleans, the little fort the French built on Poverty Point was called Fort de la Boulaye, or the Fort of the Mississippi. It lay along a low ridge that Indians had assured Bienville would remain beyond the reach of the great floods. The site is believed to have been about one mile north of the present town of Phoenix, Louisiana. (Braggs)

Great campsites on high ground can be located at the mouths of some of the the Passes and other Gulf Outlets, below Poverty Point mile 60. You will discover cleared places perched above the water on muddy shelves, which are sometimes freshly covered with sand, but more often with hardened mud — and covered with grasses and backed by thick vegetation. At low water you will find these mouths protected by lines of rip rap with breaks in the rock which allow water flow – and paddlers – to pass through. Pick your entrance through the deepest opening and enter the protected waters behind. These unintentional man-made harbors are a rare luxury after dramatic experiences with crashing waves along the otherwise unprotected shores and beaches. The first such possibility is found at Mardi Gras Pass, but watch out for large changes of water level along this stretch of river. (Note: The big container ships might cause a two foot of change, with waves reaching three feet or higher. If your campsite is not over three feet above high tide you had better look elsewhere for better protection!) Other possible campsites at the mouths of passes include, but are no means limited to: Ostrica Pass (24.5 LBD — controlled by Lock & Dam), Neptune Pass (three openings between 24-23 LBD), Harvey Pass (20 LBD), St. Phillip’s Bend Pass (20 LBD), St. Anne’s Pass (18 LBD), Olga Pass (Three openings near Olga Light 16 LBD), Un-Named Pass at 15.5 LBD, Un-Named Pass at 14.5 LBD, Un-Named Pass at 12.5 LBD, and the mouth of Baptiste Collette Bayou (11.5 LBD). A new Pass opened in 2011 West Bank RBD mile 5 with a beautiful sandy bar and nearby cypress trees (south side of the entrance). Keep reading below for more details. 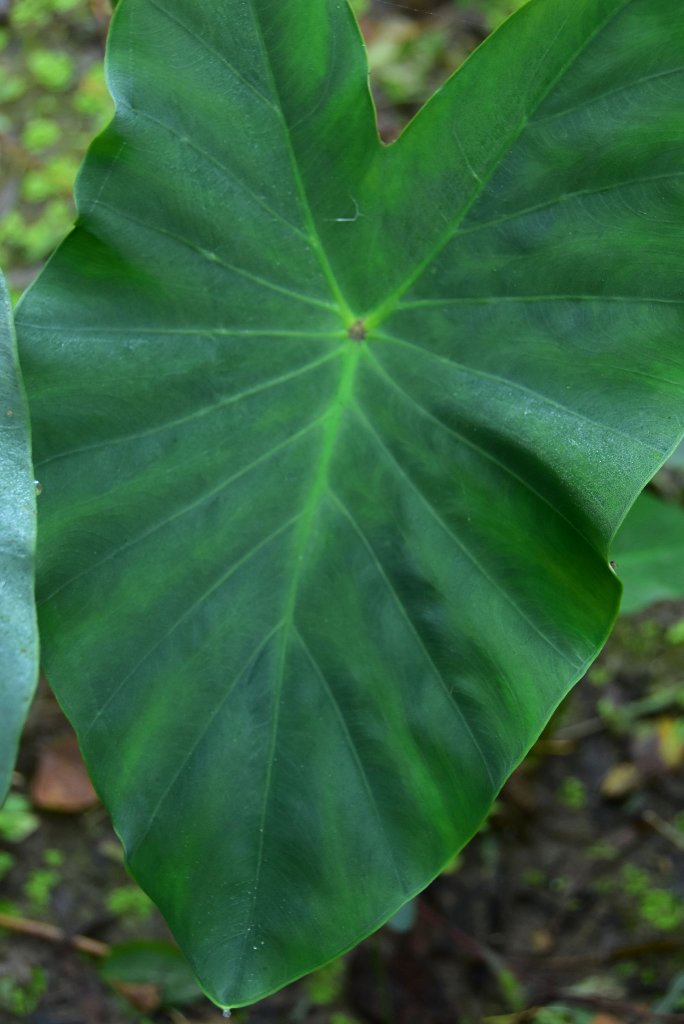 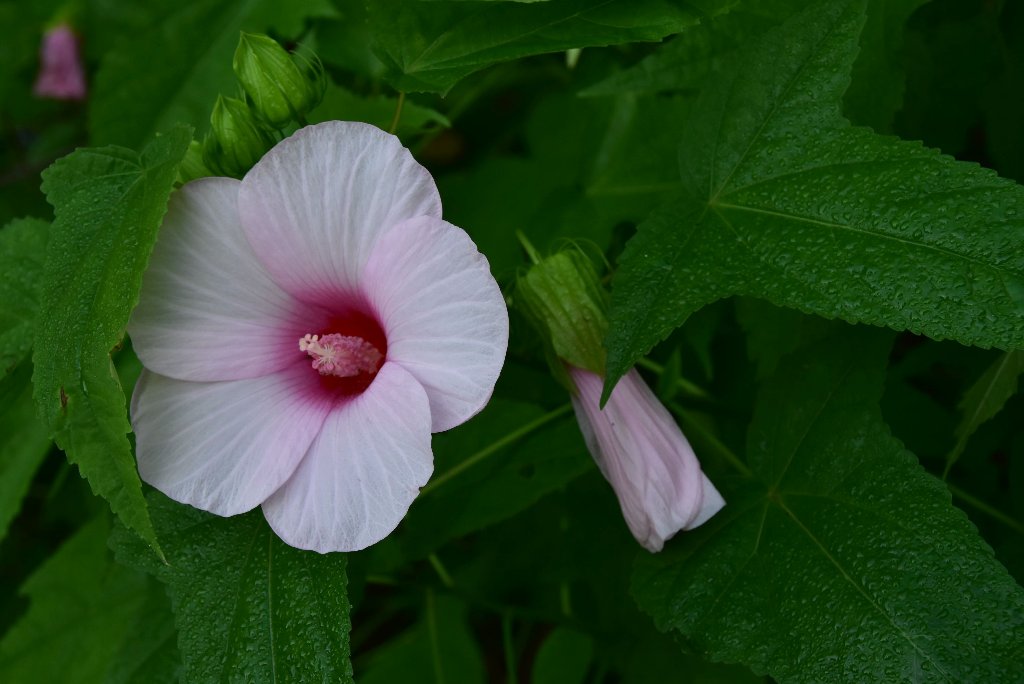 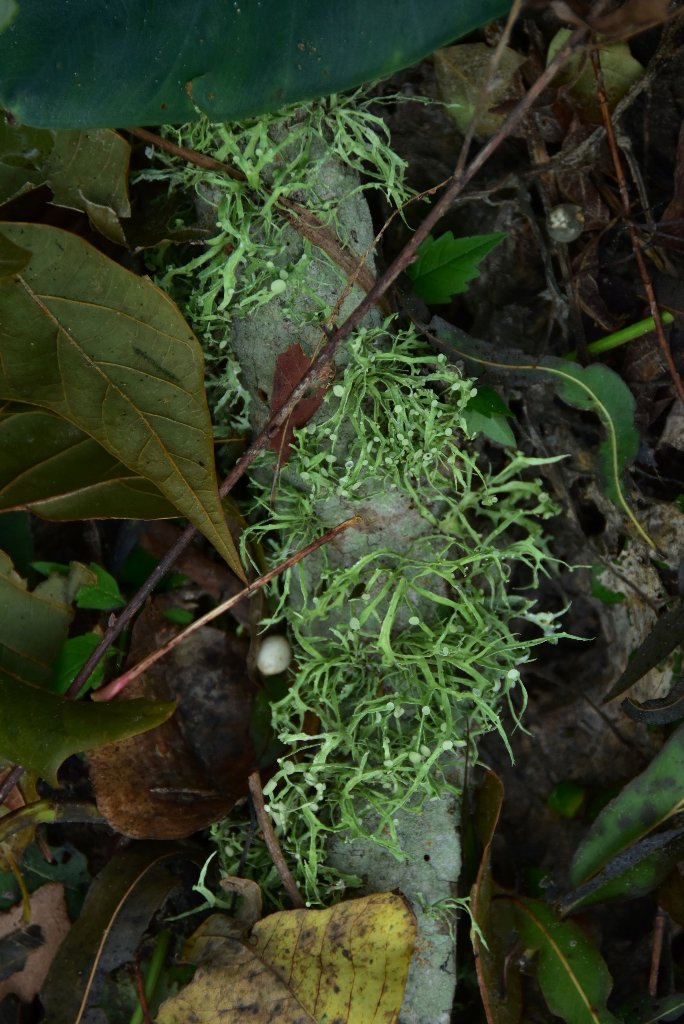 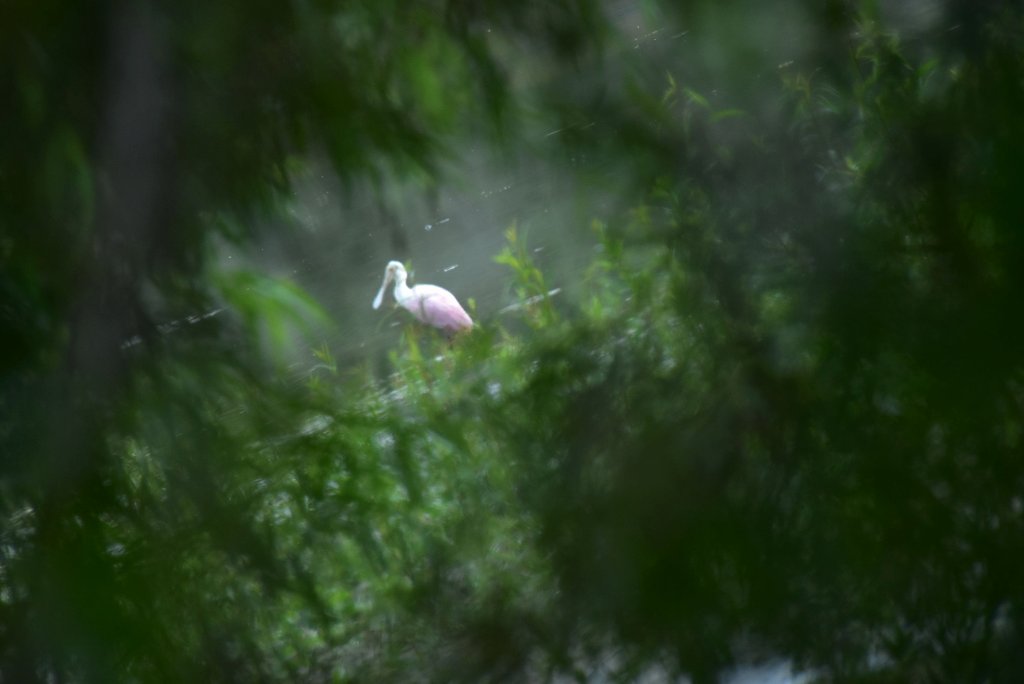 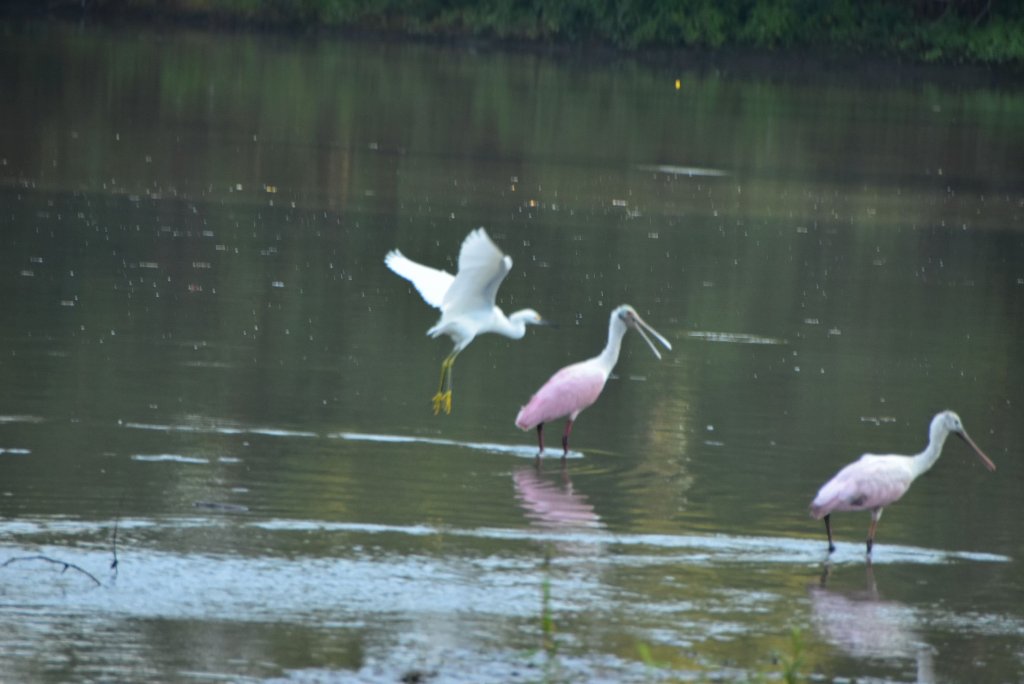 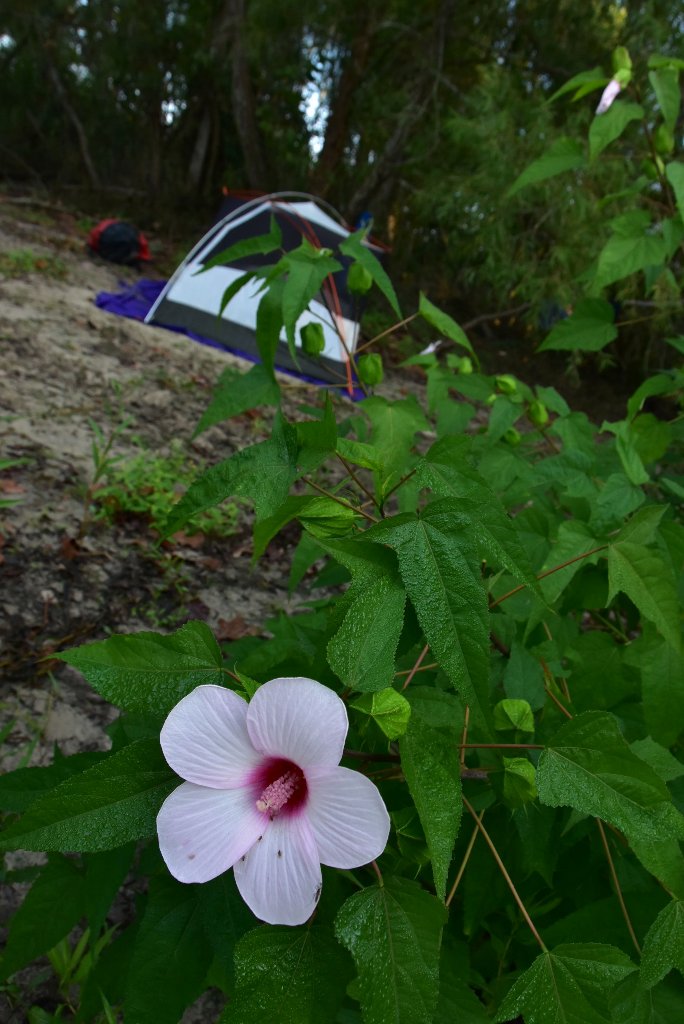 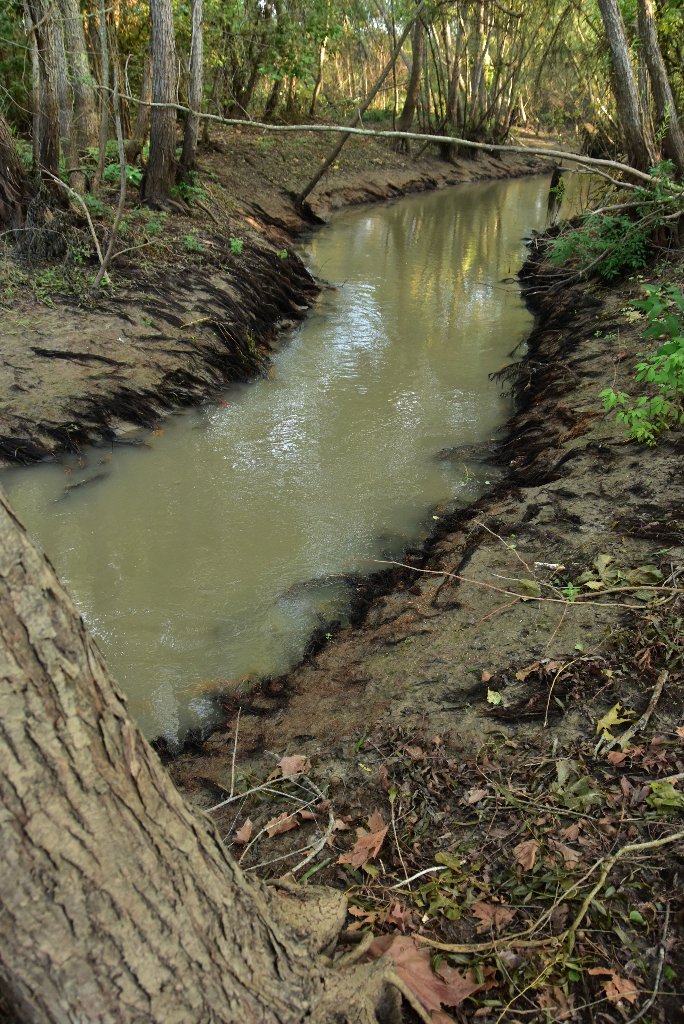 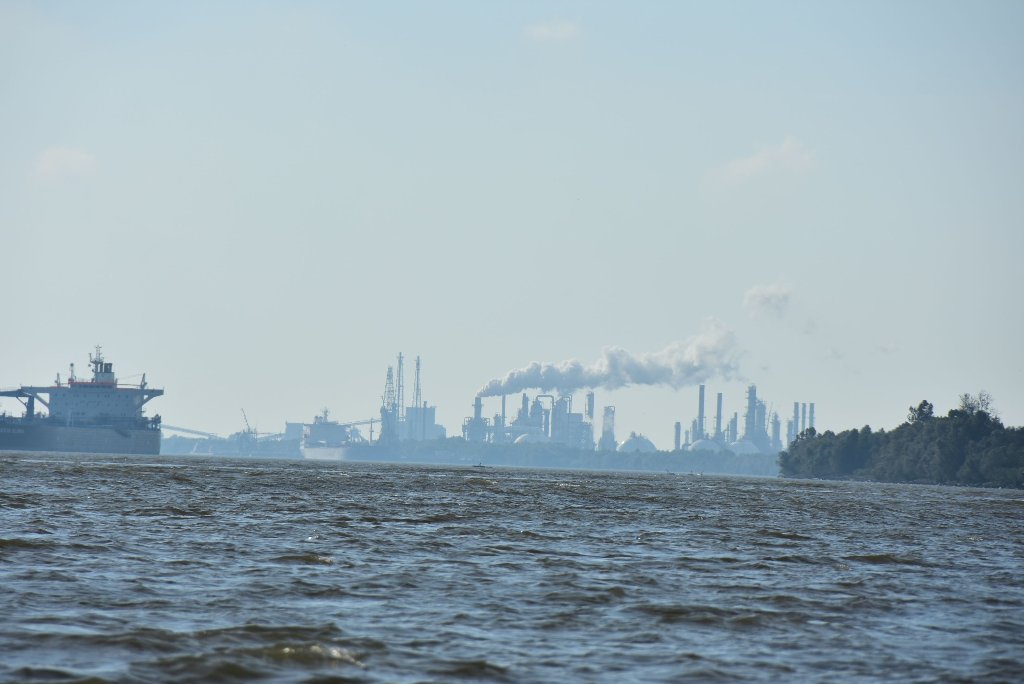 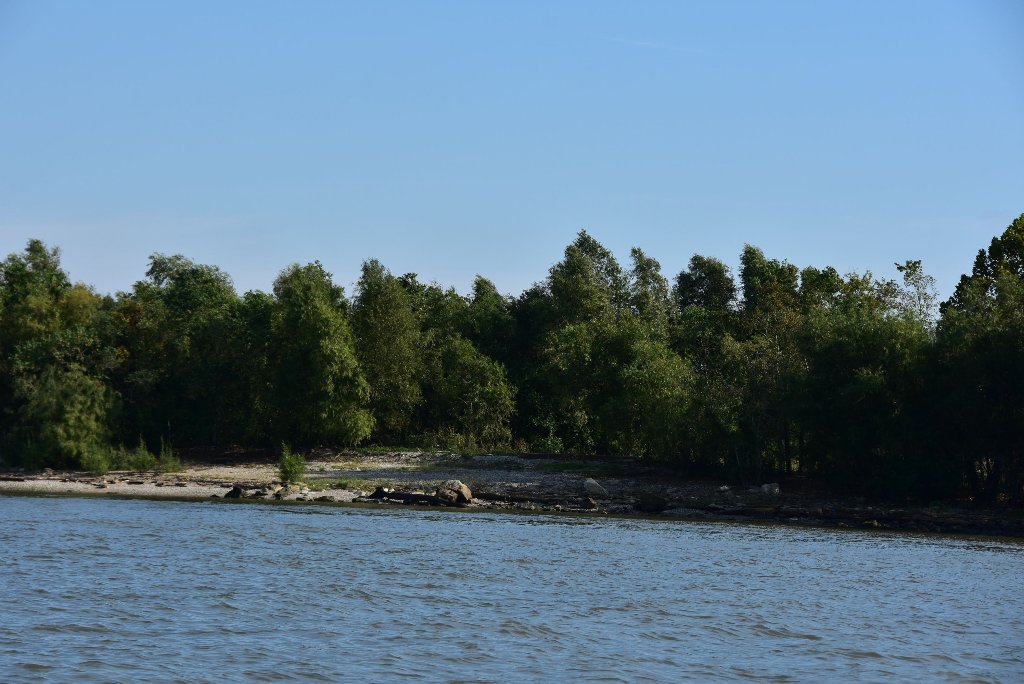 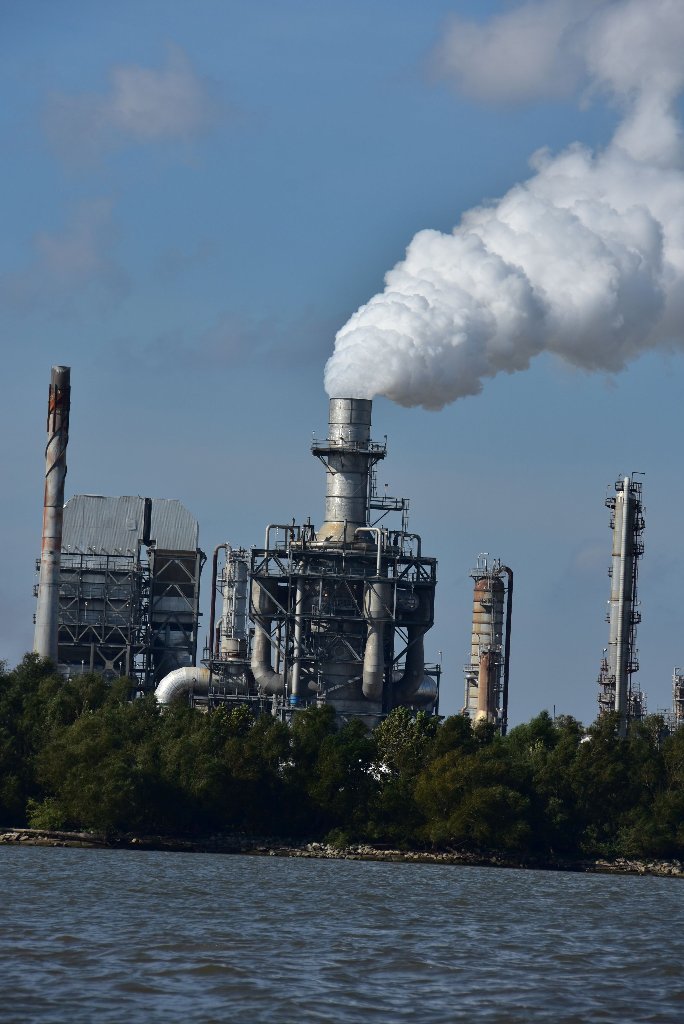 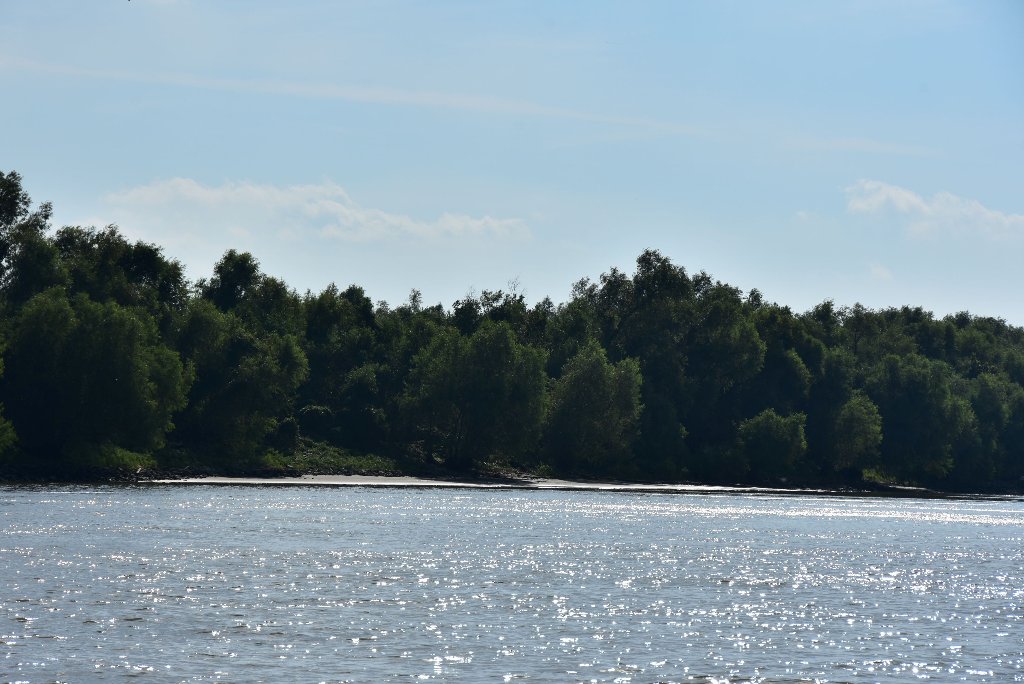 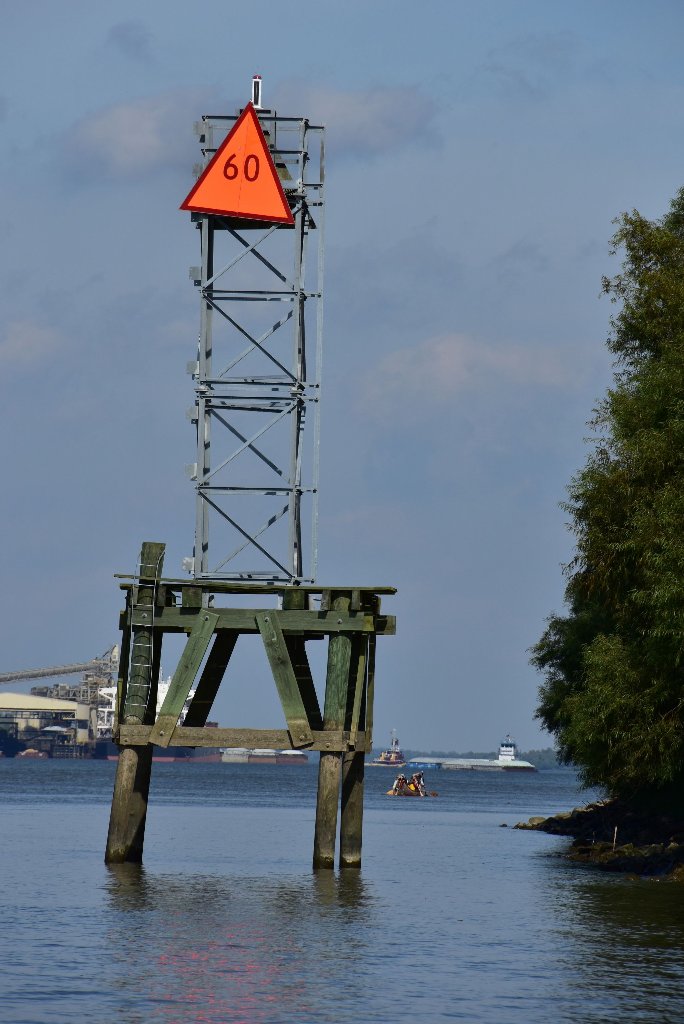 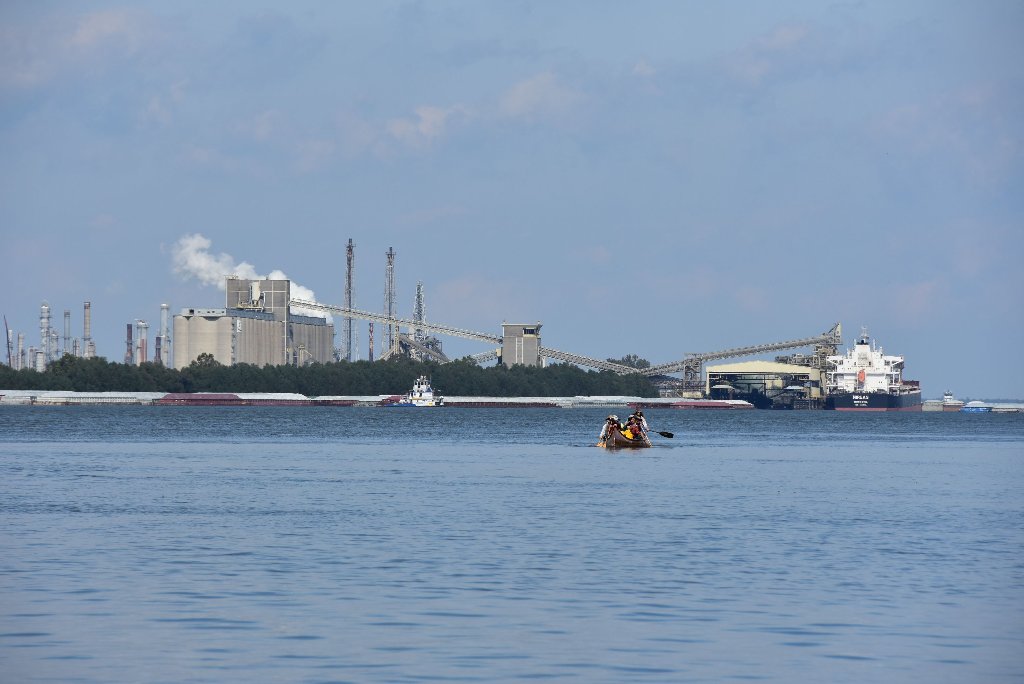 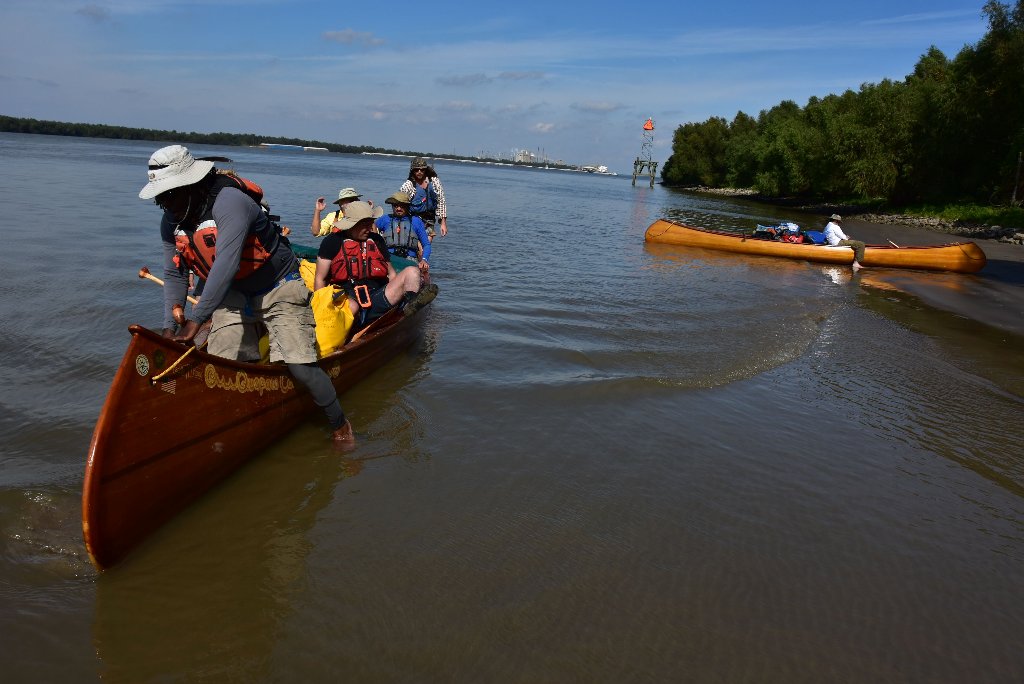